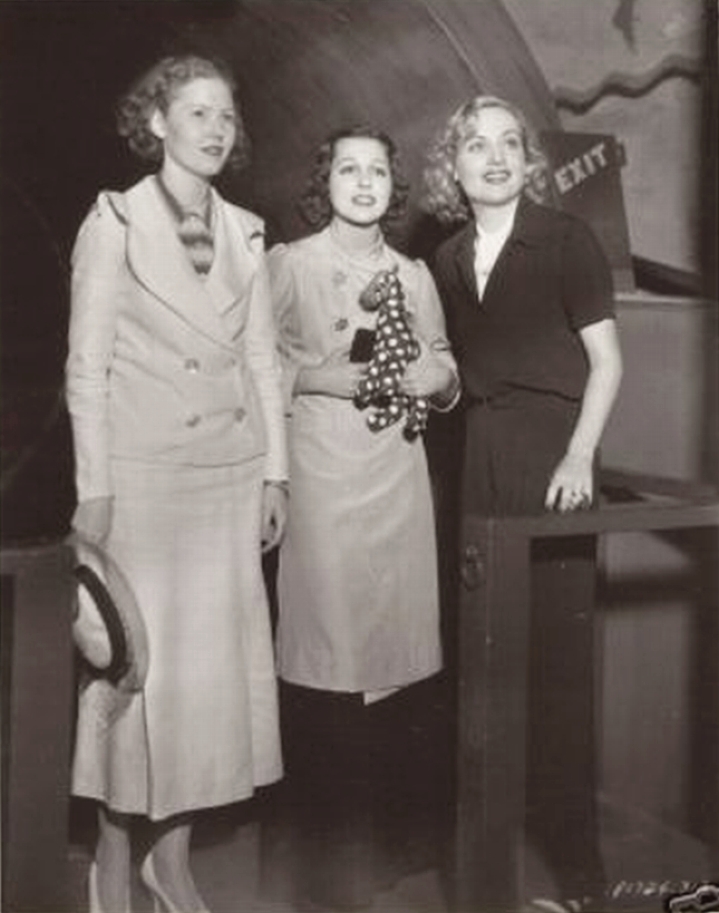 That's Carole Lombard with Frances Drake and Josephine Hutchinson at the famous party Carole gave at the Venice pier in June 1935 (http://carole-and-co.livejournal.com/621812.html). Lombard was on friendly terms with most of her fellow actresses, going so far as to help boost their careers with studio management. It really wasn't anything unusual for the business -- that practice was true in many cases, even for those who ostensibly competed for the same parts. (A far cry from the rivalries and catfights popularly associated with actresses.)

Consider Joan Blondell and Glenda Farrell at early '30s Warners, who looked similar and had comparable skills; however, that never led to rivalry, as they instead became close friends and regularly teamed in pictures. Joan even wrote about it for a fan magazine:

This topic leads in to a fun time I had last night at Larry Edmunds Bookshop on Hollywood Boulevard. The guest was Diane McBain, who had some success as a Warners contract player (in both films and on TV) in the early '60s, then later had a part in an Elvis Presley movie ("Spinout," and yes, Presley kissed her) and a guest part on "Batman," among many other roles.

She's written about her Hollywood experiences -- which included working in films with Richard Burton, Claudette Colbert, Robert Stack and Joan Crawford -- in a new book, "Famous Enough: A Hollywood Memoir." (It's such a new release that I couldn't find a Google image for it.) After a brief compilation of film and TV clips, McBain gladly answered questions from the audience.

As was the case with Blondell three decades earlier, Warners gave McBain plenty of work, making her a semi-regular on its TV series "Surfside 6," starring Troy Donahue, when she wasn't making films. One of those episodes featured an up-and-coming starlet named Francine York, portraying a Eurasian. (This was when Francine had dark hair; she's currently a blonde.) York and McBain became friends on the set, and last night, she came to Larry Edmunds to provide support (and purchase a copy, as did I).

Francine, a Facebook friend of mine who also appeared in an Elvis movie ("Tickle Me") and guested on "Batman," graciously gave permission to run this image of her and McBain from her FB page -- and yes, you will see the book's cover. (Francine also is working on a book about her entertainment experiences.) 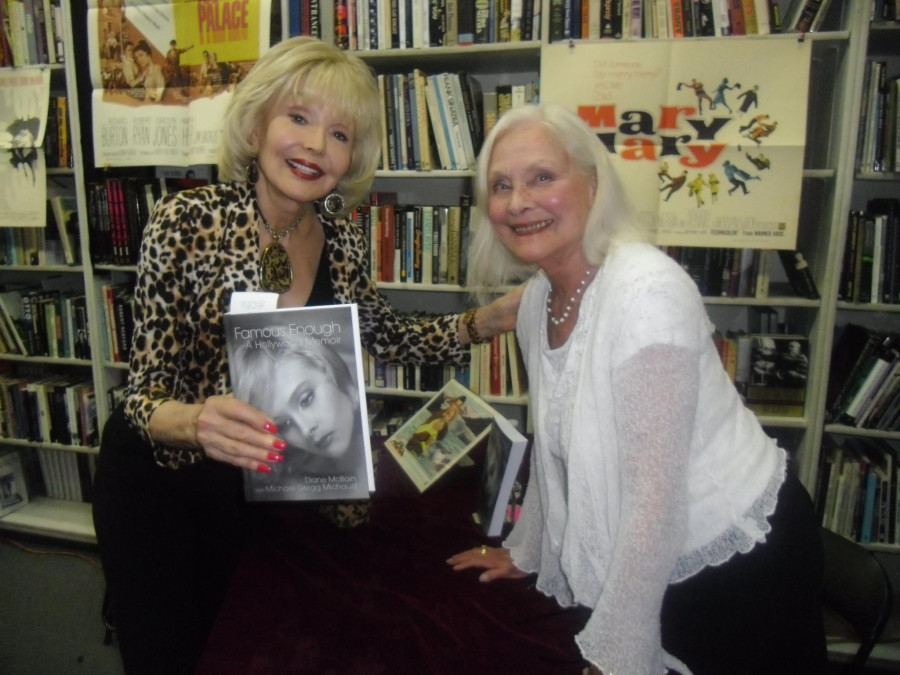 York wasn't the only actress of note on hand; so was Tippi Hedren of "The Birds" and "Marnie" fame. She and Francine posed for this picture: 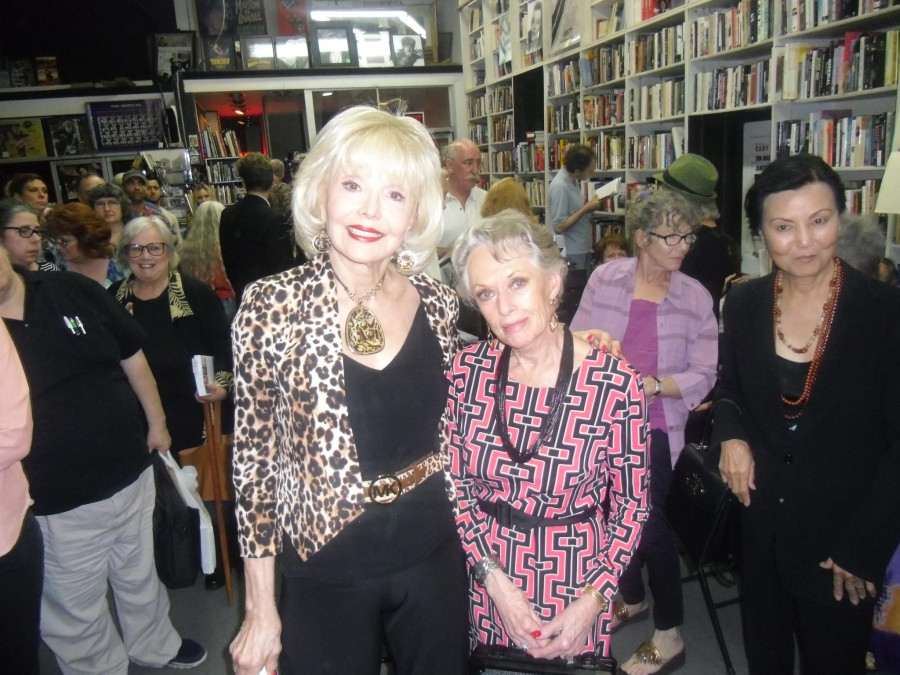 I gave Francine and Diane business cards for Carole & Co. (both are admirers of Lombard), but somehow neglected to do likewise with Tippi, though she and Carole both have something in common -- they were Hitchcock blondes of a sort. (To be fair, their experiences with Hitch were, shall we say, considerably different.)

All in all, it was a delightful experience with three wonderful actresses and friends through the years -- one of those things that's only available in Hollywood, yet another reason I'm glad I made this move -- and although another Facebook friend of mine wasn't there, she also made an impression.

At the bottom of the podium in front of where I was seating was a copy of a book from former radio vocalist and MGM contract player Monica Lewis, "Hollywood Through My Eyes." So I bought it, and am looking to enjoying these recollections from Diane and Monica in upcoming days. (And Francine, once your book is out, I promise to buy it, too.)
Collapse