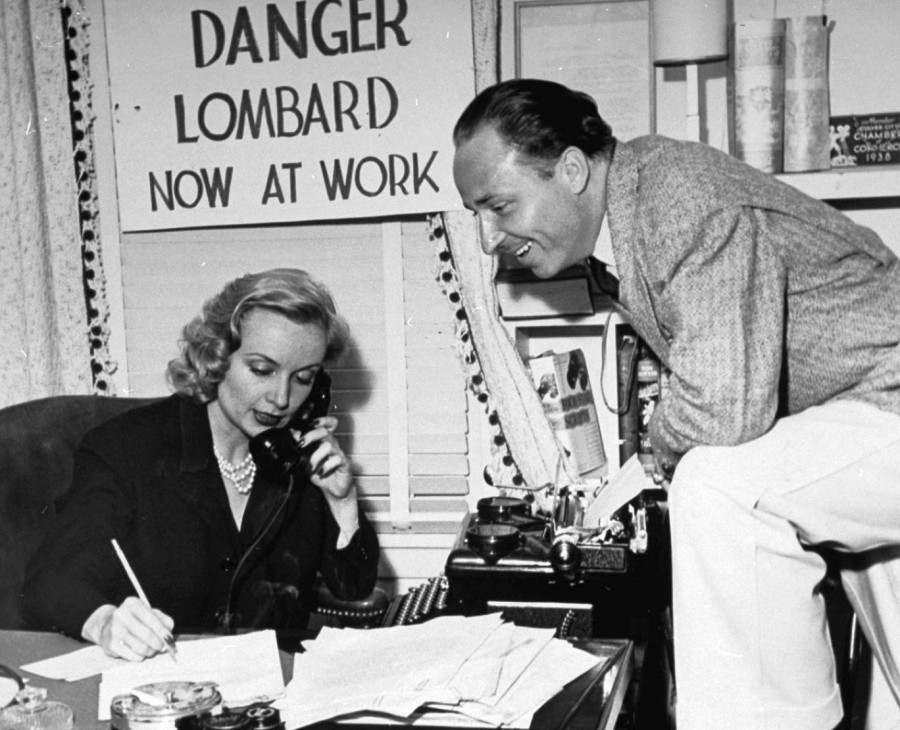 Perhaps more than any other actress of her time, Carole Lombard understood not only the value, but the workings of the publicity process -- going so far as to spend a week handling PR for Selznick International Pictures in July 1938. (She's shown with the studio's renowned publicity maven, Russell Birdwell.)

I like to think some of that rubbed off on me, because I recently made one of the more renowned entertainment columnists aware of this site. Even better, I helped publicize another site, too. And it can all be credited to...Billy Wilder, or should we say his film "Sunset Boulevard": 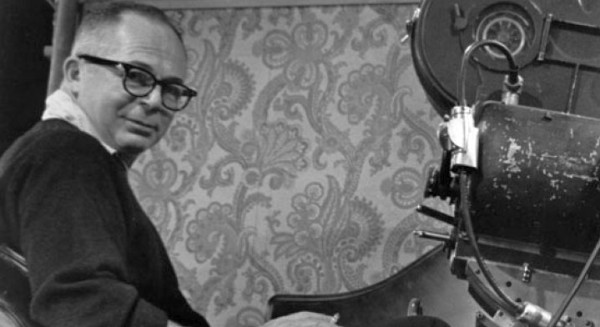 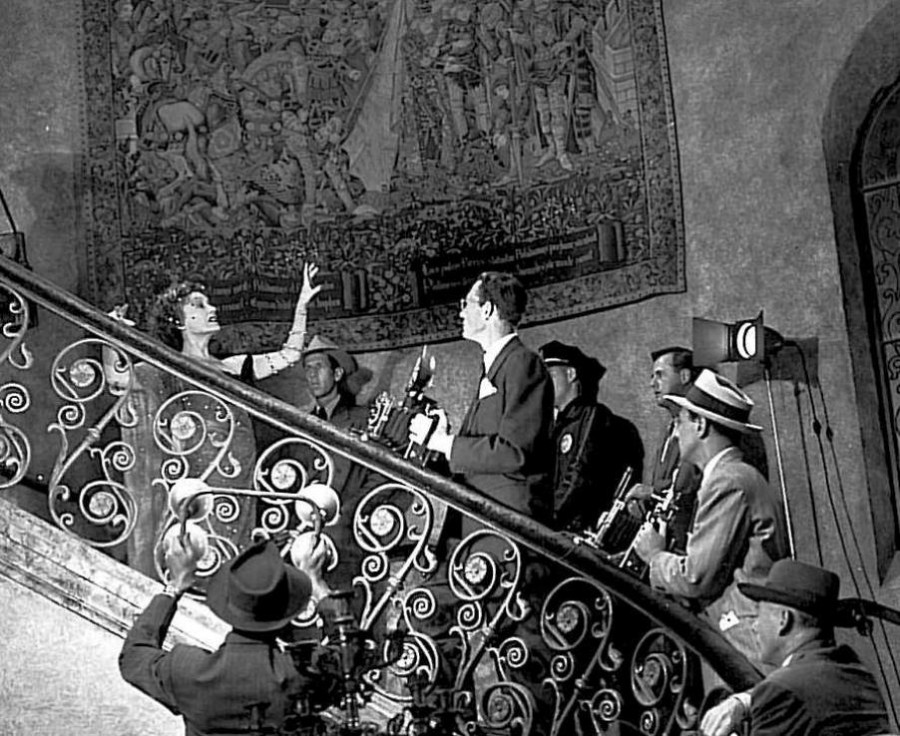 The 1950 movie was screened May 31 at the historic Million Dollar Theater in downtown Los Angeles, and the special guest was Nancy Olson, who played the screenwriter's girlfriend. She was interviewed by Alison Martino, a Facebook friend who administers the superb site Vintage Los Angeles.

The event was duly noted by Liz Smith, a familiar byline to New York newspaper readers for decades who now works for a site called New York Social Diary: 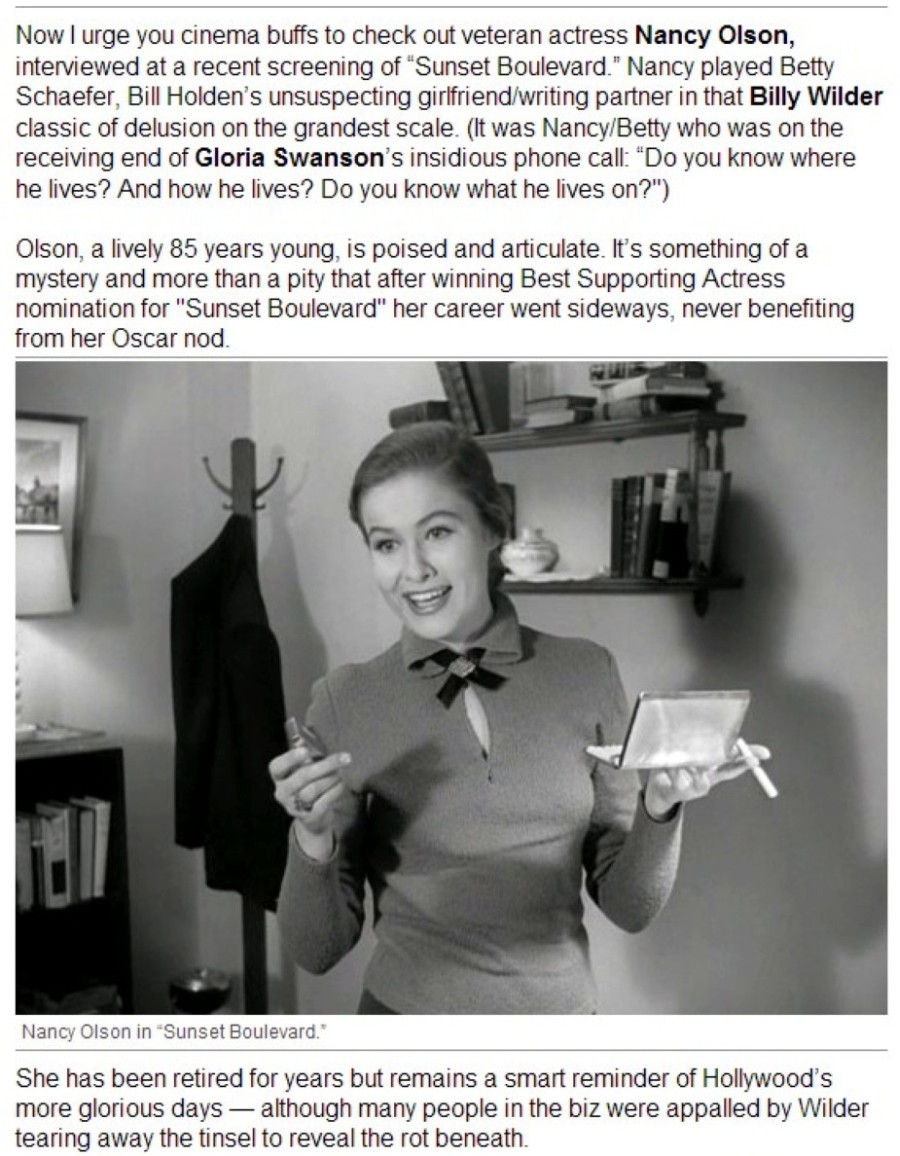 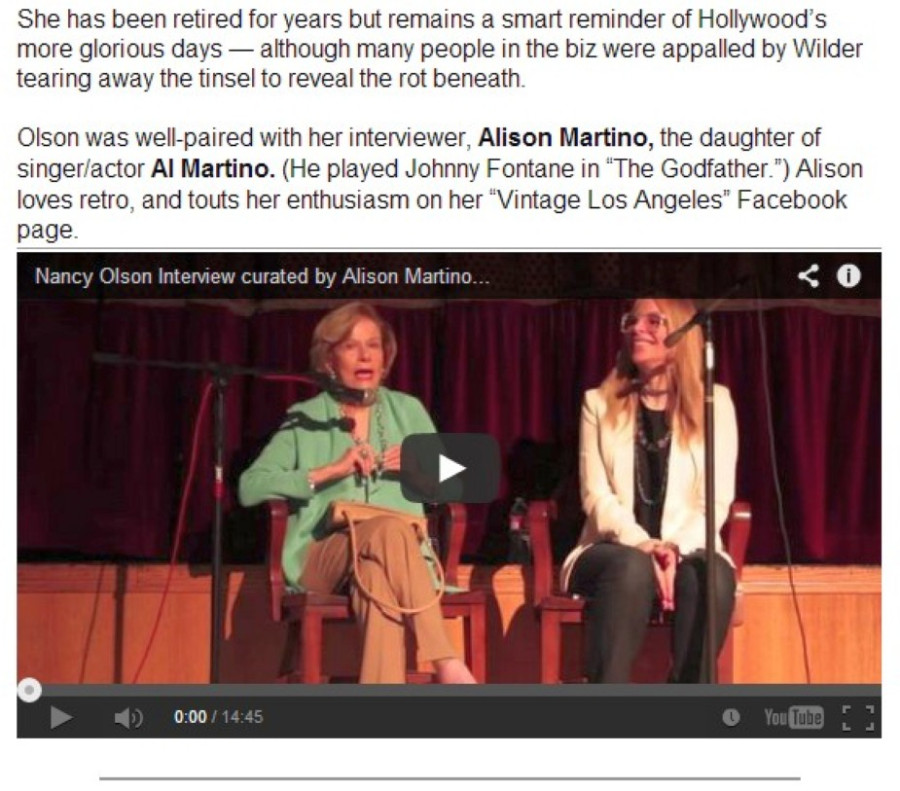 I was pleased to see that (wish I could have been there)...but Alison's not the only one in her family with a fun Facebook site. Her mother, Judi, a former American Airlines flight attendant (that's how she met Al, the pop singer-actor who became her husband) runs a site called Stewardesses of the 1960s and '70s, where the high-flying sisterhood of the golden age of air travel recall those halcyon days. So I emailed Liz, also adding that I had a site of my own (the one you're reading).

This was the result -- first, the site I publicized: 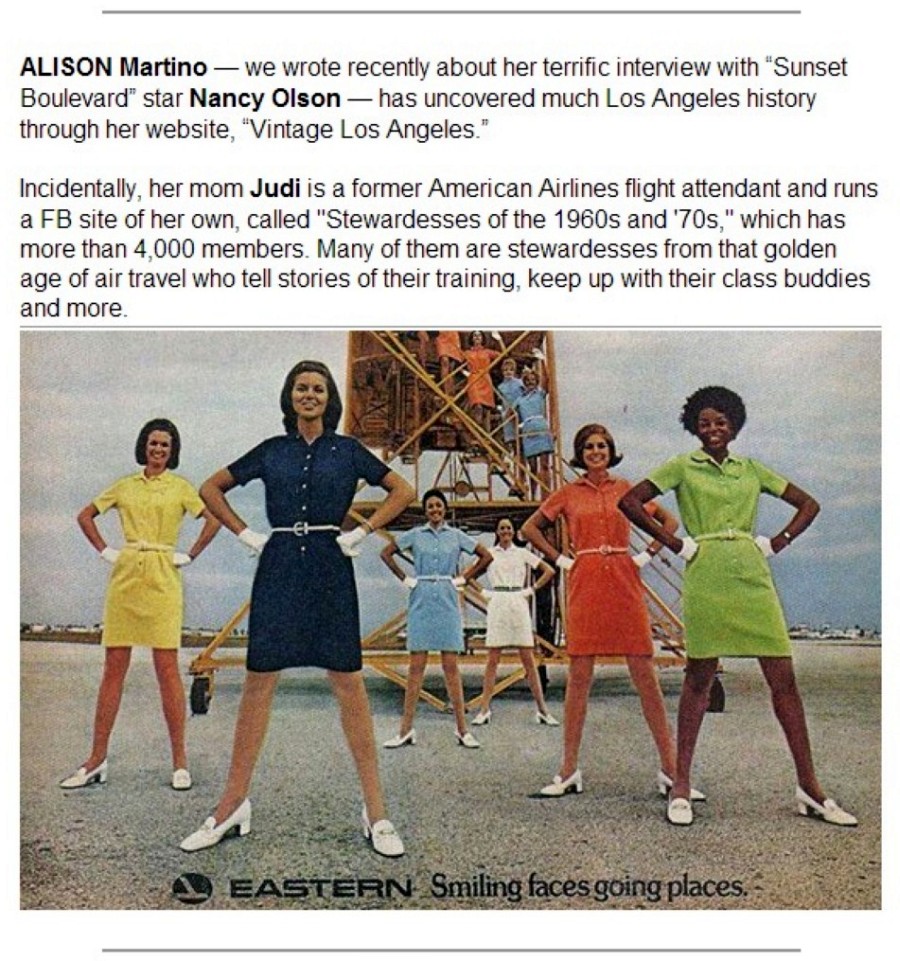 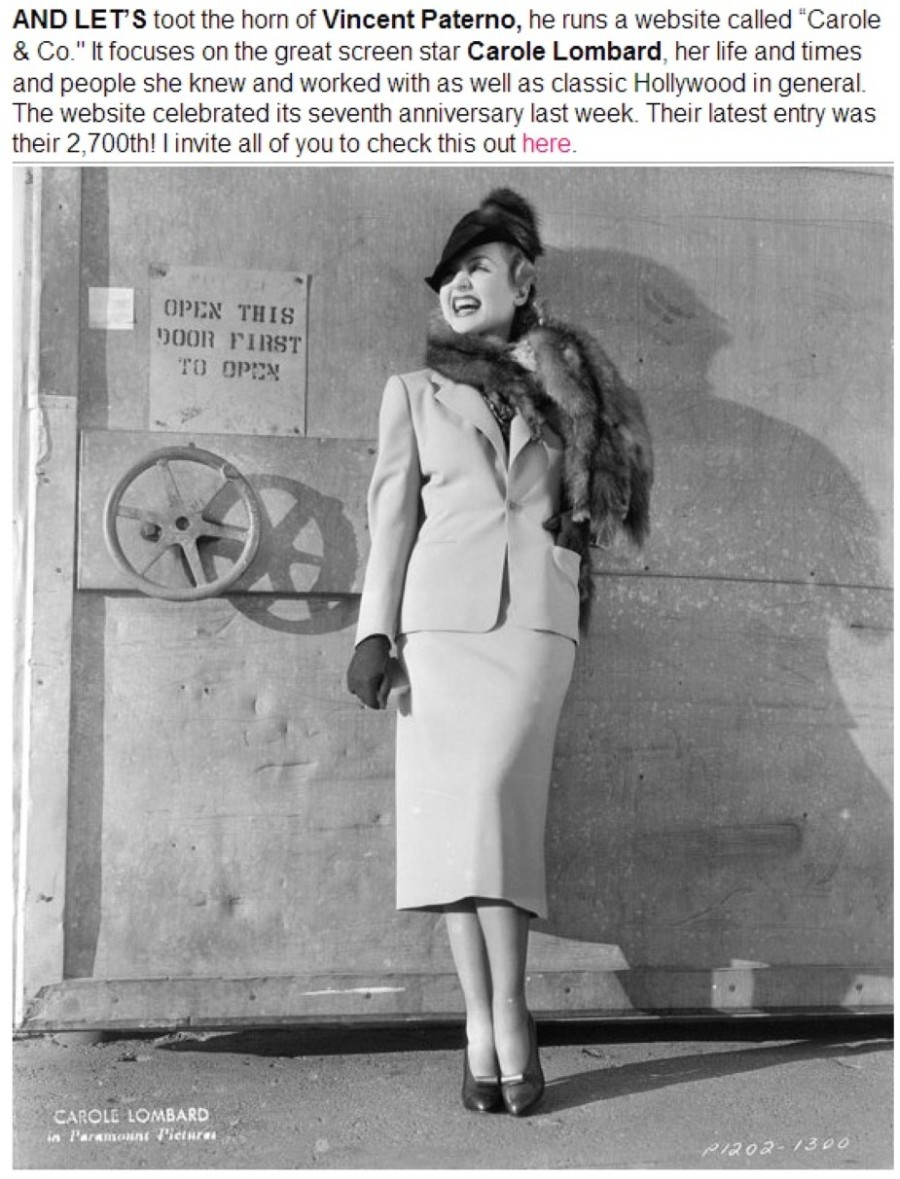 Very good...Judi and I are both publicity winners. Alas, I'm a bit uneasy to note that Liz ran the items one after another, as I probably wouldn't juxtapose news about a site dedicated to stewardesses with one on a celebrity who was the victim of an aviation accident. (It's why I never give out Carole & Co. business cards while on a flight.)

Oh, and speaking of flight, I'll be doing that tomorrow as I begin the first stage of my move to Los Angeles. Today, the van arrives to take some essential items -- bed, desk, chair, computer, TV -- out to the Coast, though it will take a few days for it to reach my new apartment. I'll arrive in LA Thursday night, stay a few days in a hotel, then begin moving in, returning back east near the end of the month to clear out the old place. And yes, I am thrilled.

Here is Alison's complete interview with Nancy Olson -- it runs some 22 minutes and is delightful: