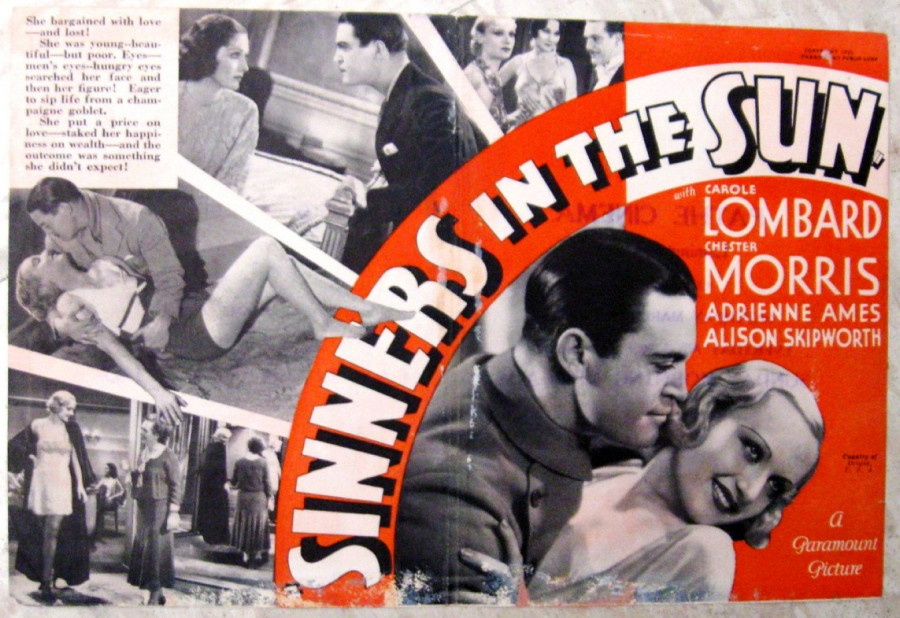 Those of you who collect Carole Lombard heralds -- two-sided sheets, usually folded into four pages, "heralding" an upcoming attraction at that theater -- are in the midst of a surfeit of riches. Six heralds from as many Lombard films are up for auction at eBay, such as one for "Sinners In The Sun" above. Here's the flip side: 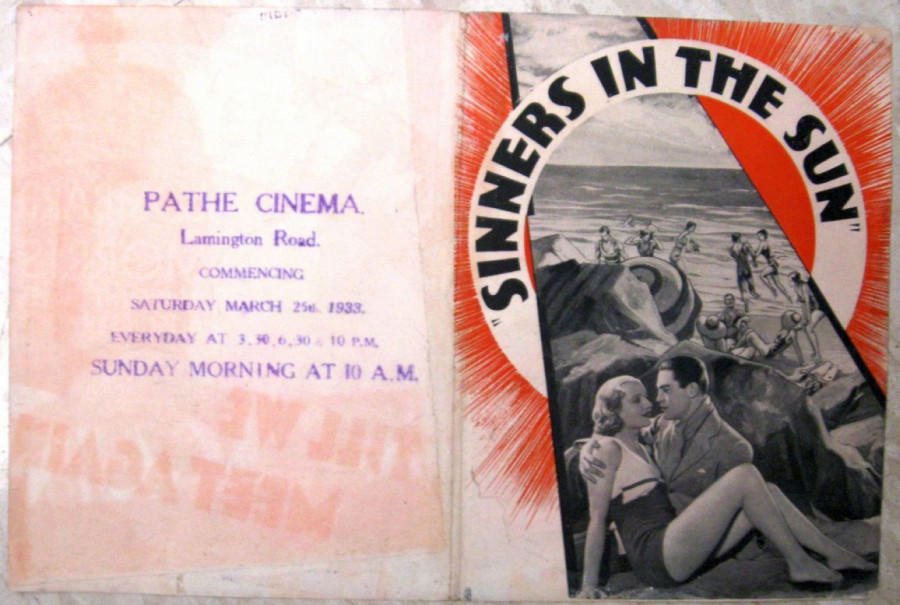 That herald -- probably from Great Britain, since the film was set to run in March 1933 and it premiered in the U.S. the previous summer -- already has one bid, for $10. That's the minimum bid for the herald offered by the same seller, from the Lombard-William Powell film "Man Of The World" (note the back side is left blank): 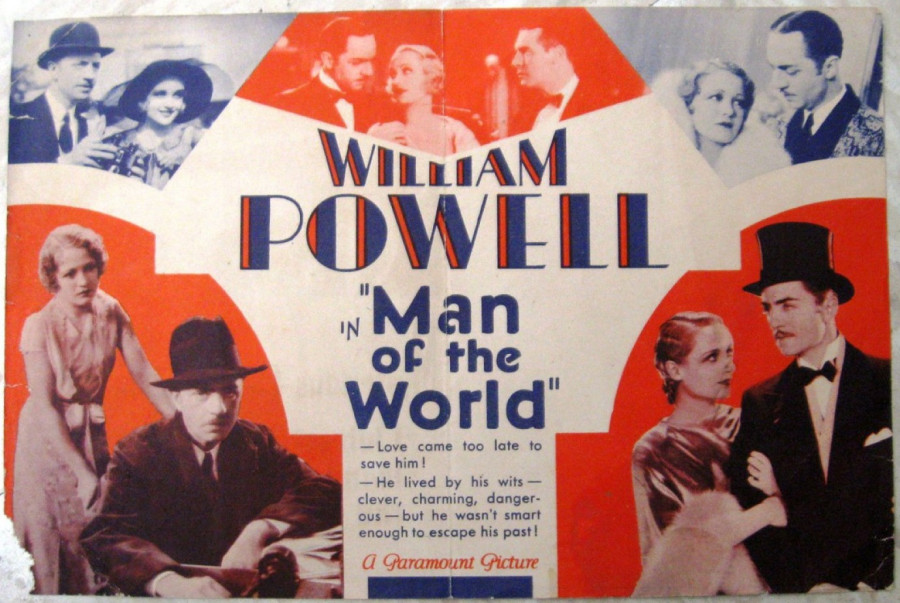 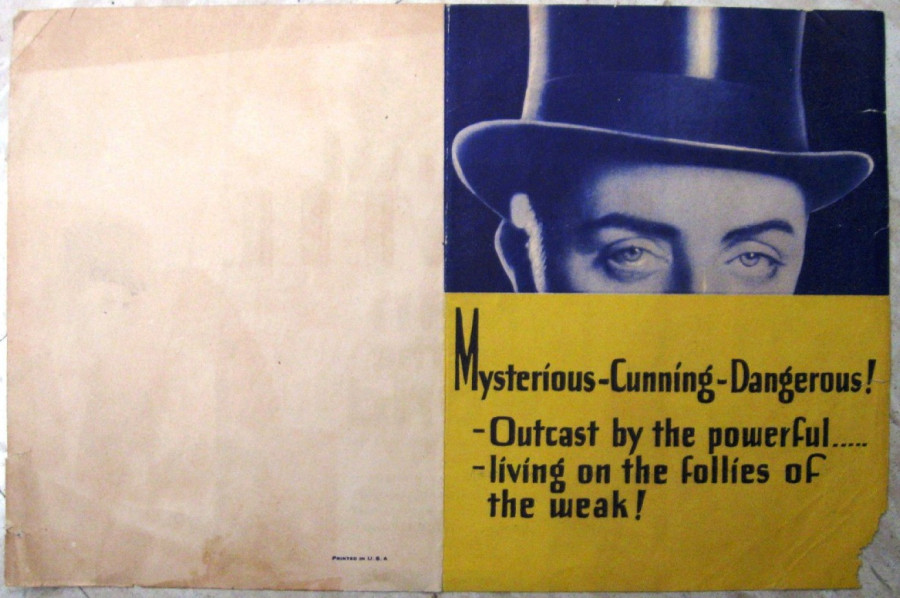 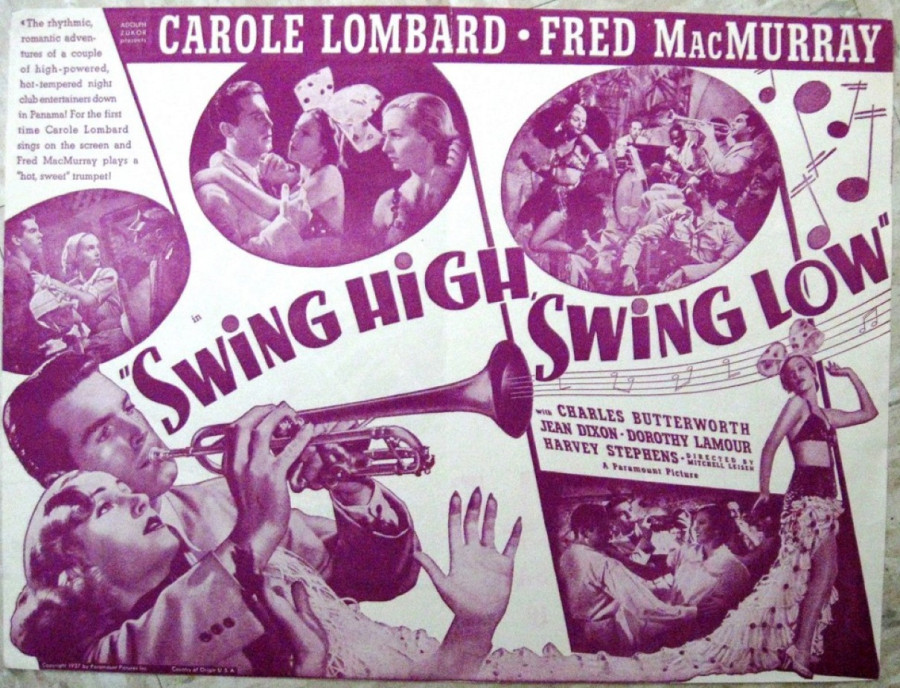 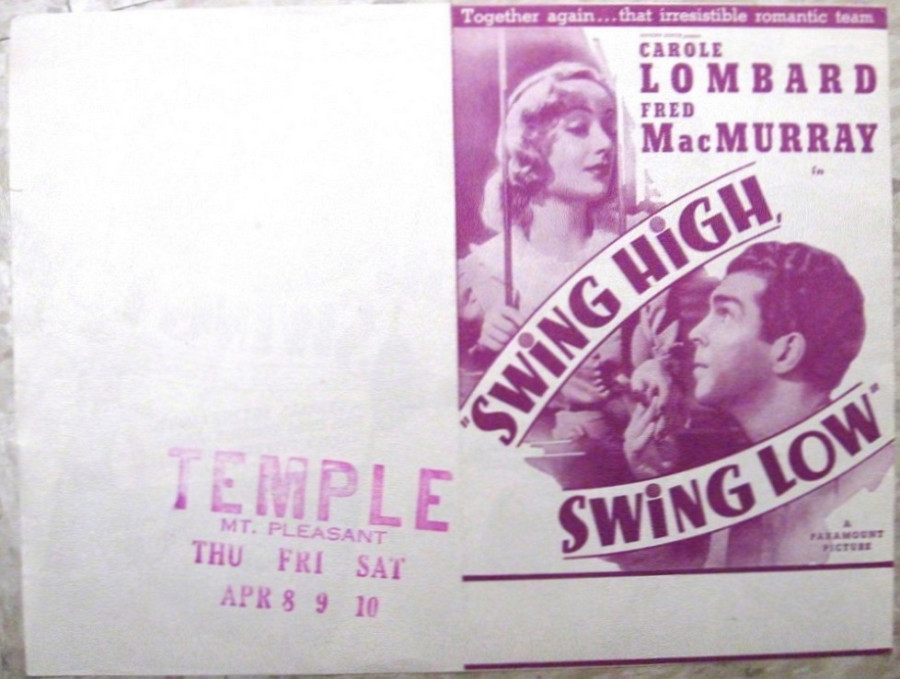 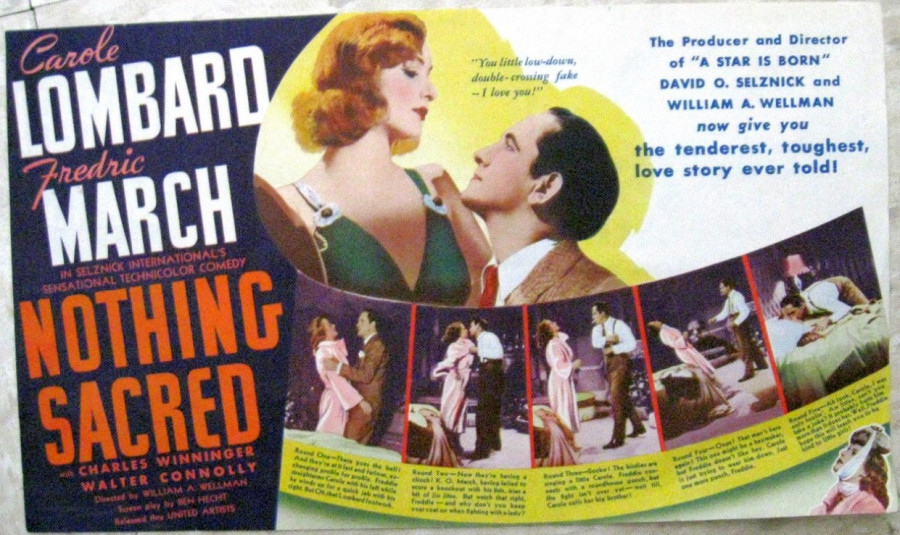 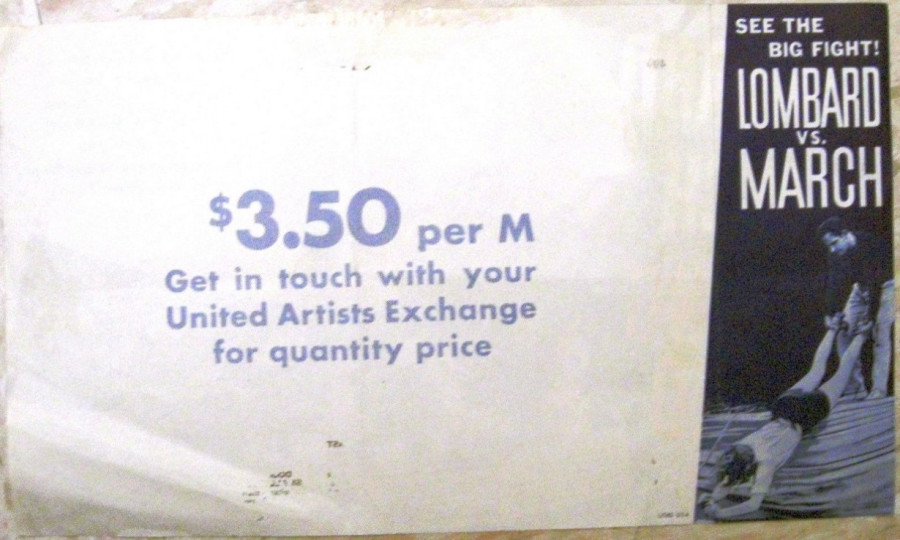 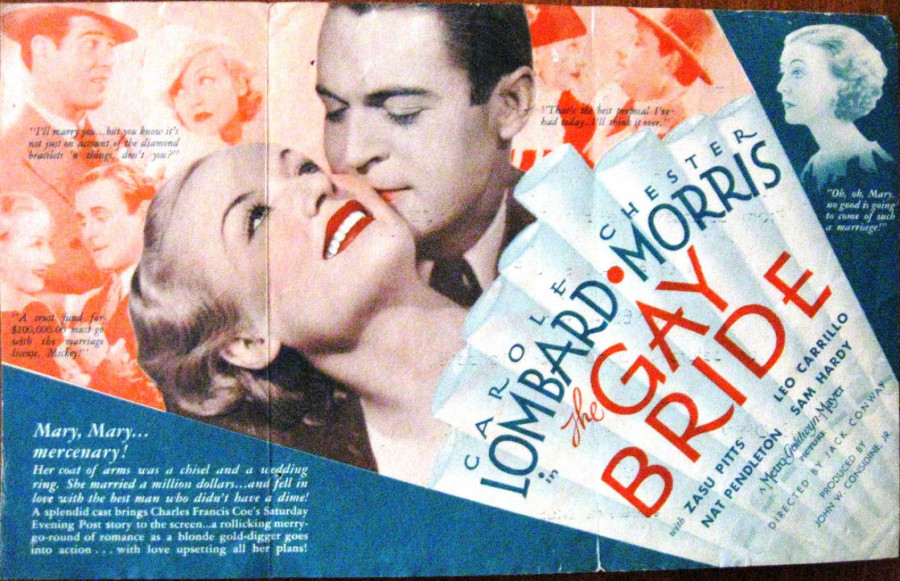 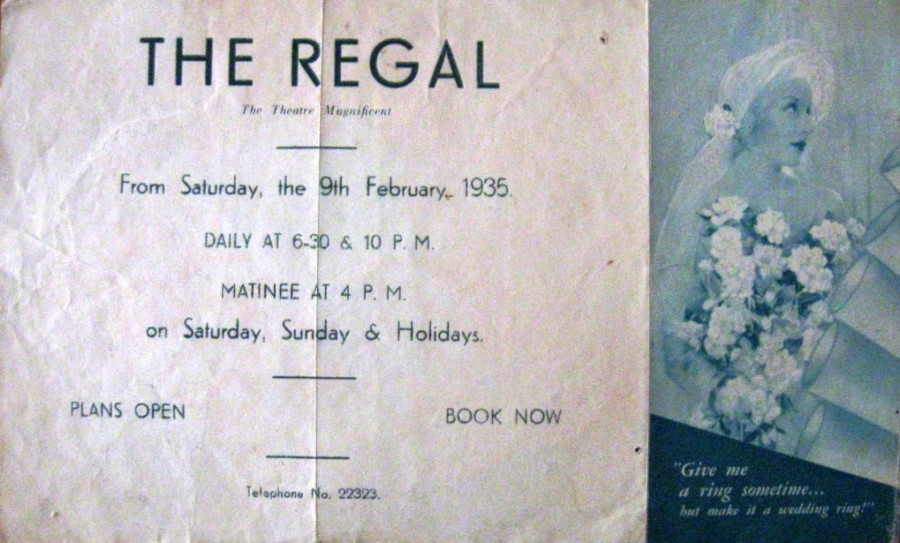 But wait, there's more! Another seller, from India, has this fascinating herald from Lombard's second film at Paramount, "Fast And Loose": 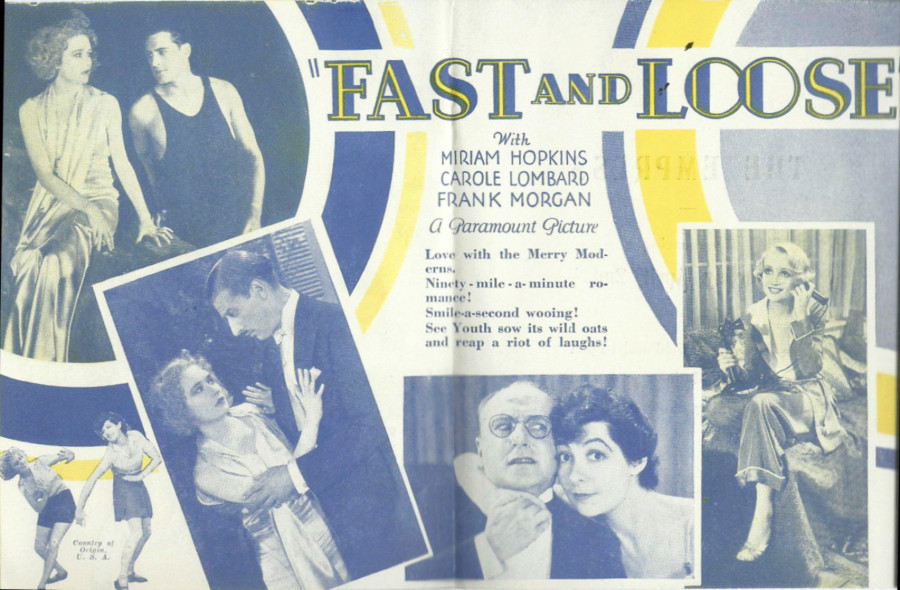 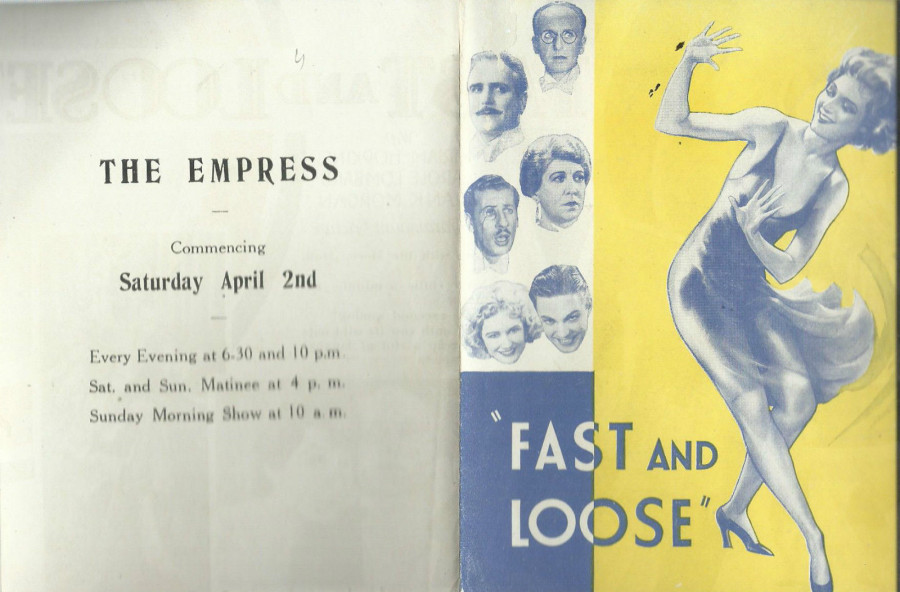 Some interesting things here. Not only note that Lombard's first name is listed as "Carole," which it became for good in the fall of 1930 (and isn't that a lovely shot of her on the phone?), but she's received second billing, behind Miriam Hopkins, but ahead of Frank Morgan. According to a calendar check, "Saturday, April 2nd" didn't come until 1932, so by then Paramount management probably wanted to give Carole more attention than Morgan.

Bids for this rarity begin at $40, with the auction slated to end at 5:02 a.m. (Eastern) Friday. Interested? Find out more by going to http://www.ebay.com/itm/ORIGINAL-MOVIE-HERALD-FAST-AND-LOOSE-MIRIAM-HOPKINS-CAROLE-LOMBARD-/111380518478?pt=LH_DefaultDomain_0&hash=item19eecbd64e. 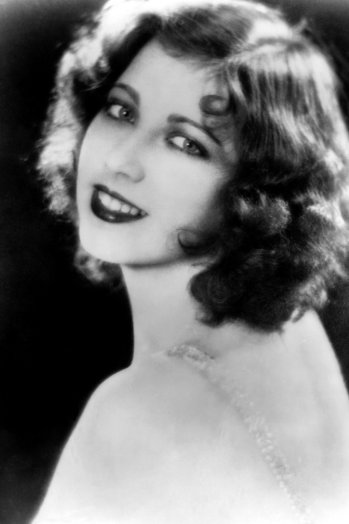 In closing, some happy and sad news. First, we note the passing Thursday of Carla Laemmle at age 104; she was part of the Laemmle family of Universal lore and an actress and dancer dating back to the silent era. Carla remained a vital part of classic Hollywood to the end, regularly appearing at shows and festivals. 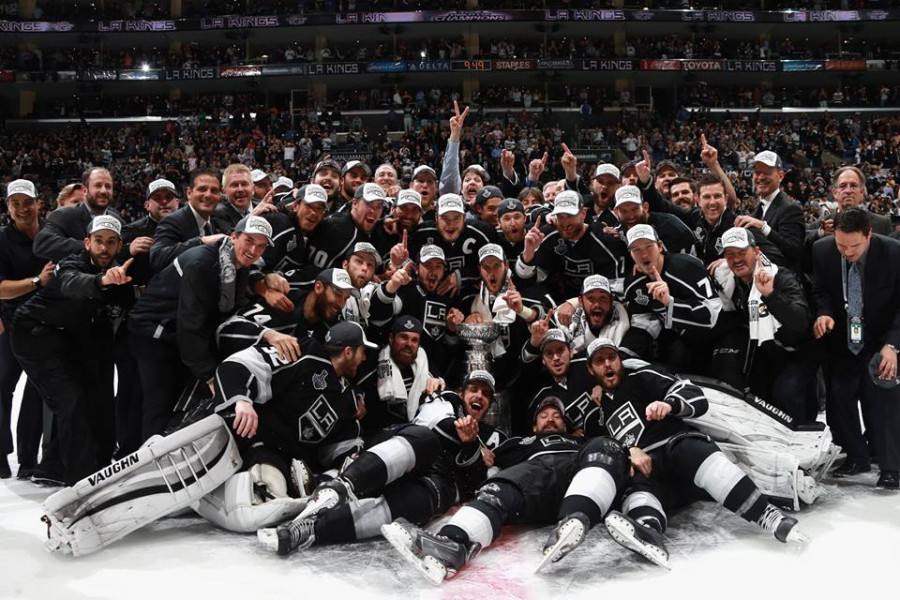 On a more cheery note, Lord Stanley is returning to Los Angeles for the second time in three years. The Los Angeles Kings -- who won their first three playoff series this year with Game 7 victories on the road -- clinched the Stanley Cup before the home folks with a 3-2 victory in double overtime, beating the New York Rangers in five games. (Two years earlier, L.A. won the Cup by beating the team from the other side of the Hudson, the New Jersey Devils.)

It caps a stunning season for southern California hockey, including the Kings' sold-out January game at Dodger Stadium against the Anaheim Ducks (they would meet in the playoffs for the first time, with the Kings winning in seven after rallying from a three-games-to-none deficit against San Jose in the first round). Want to celebrate? The Kings' championship parade will begin downtown Monday at noon at Figueroa and 5th Street and end 30 to 45 minutes later at Staples Center.
Collapse