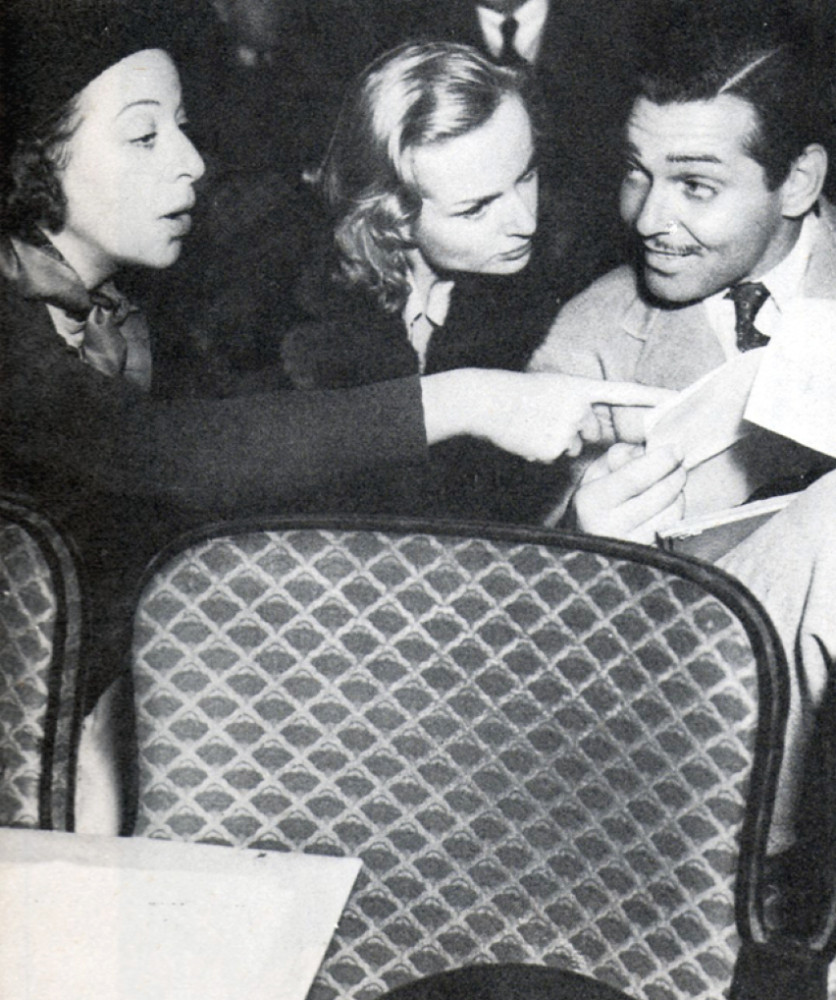 What's Fannie Brice (left) doing with Carole Lombard and Clark Gable? All three are either at a preview or premiere of Clark's 1938 movie "Test Pilot." I'm not certain what theater this was taken at, but it almost certainly was taken at a theater...and that's the basis of today's entry.

Yesterday, we wrote about "Hands Across The Table" showing tonight at the restored Elsinore Theatre in Salem, Ore. But another West Coast theater from the mid-twenties -- one in southern California, in fact -- is a bit down on its luck, and in definite need of a makeover. Ladies and gentlemen, I present to you the Rialto Theatre in South Pasadena...but before we show you its current condition, some pictures of it over the years since its opening in 1925: 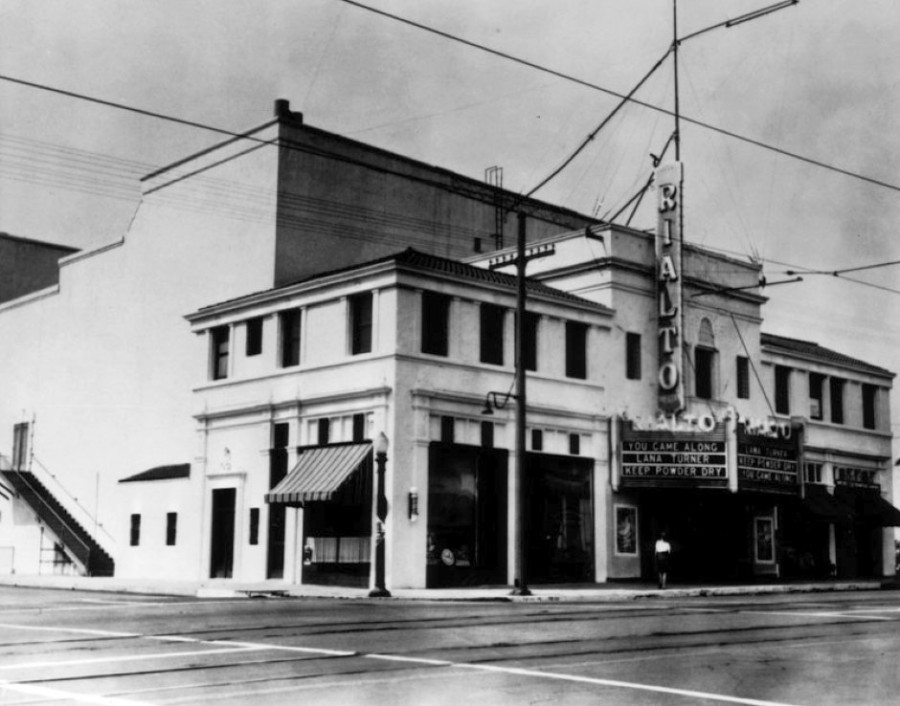 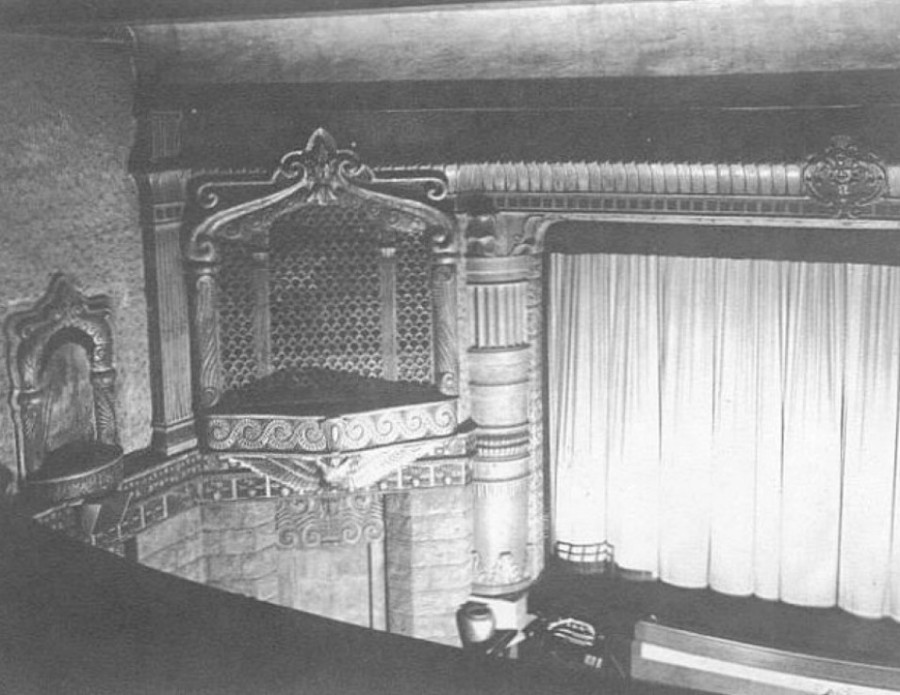 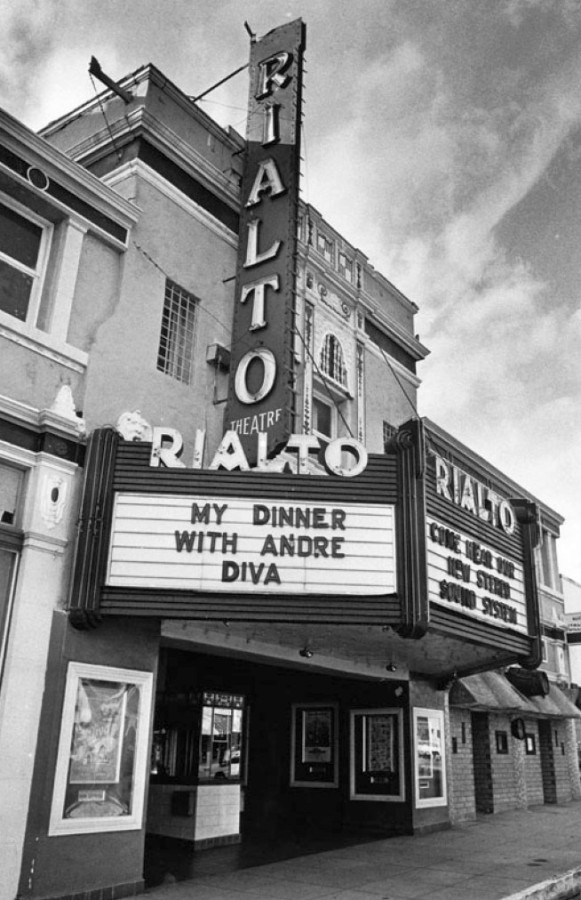 Now, some pics of the Rialto in more recent times; considering it hasn't been restored nor been open in about four years, it's actually in pretty decent condition. As someone recently wrote at its Facebook site (https://www.facebook.com/FriendsoftheRialto), "Yes, it has been closed for years for safety and fire code violations, Yes it needs a lot of upgrades and improvements (and cleaning!) to make it competitive with other theatres, but the Rialto theatre is in remarkably original shape. Much of the interior is as it was in 1925, or could easily be restored." 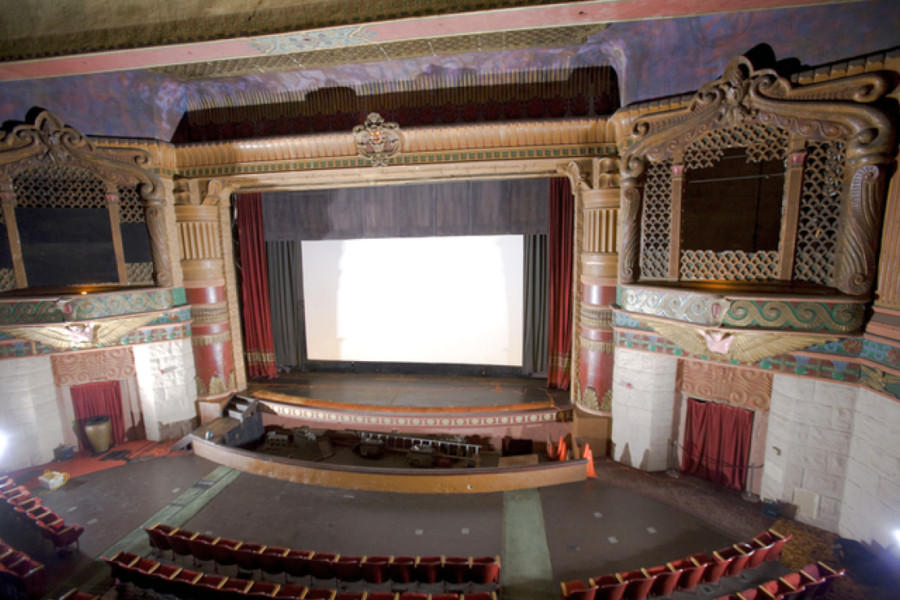 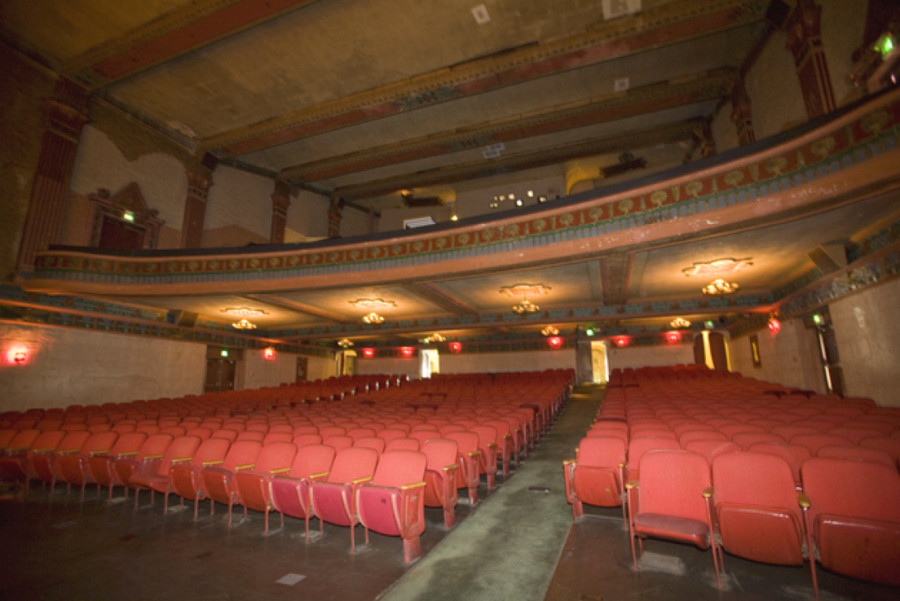 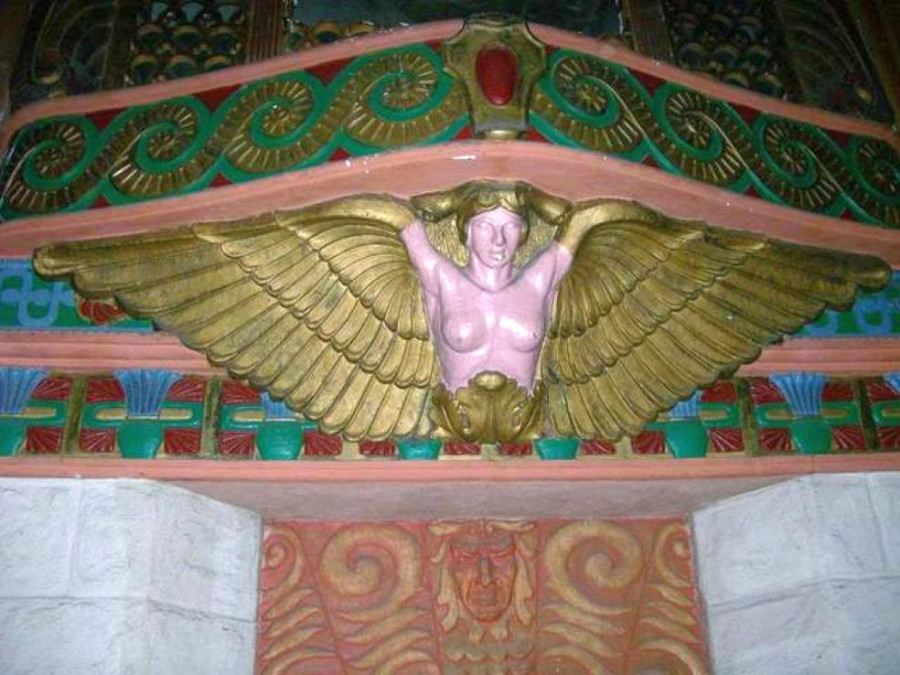 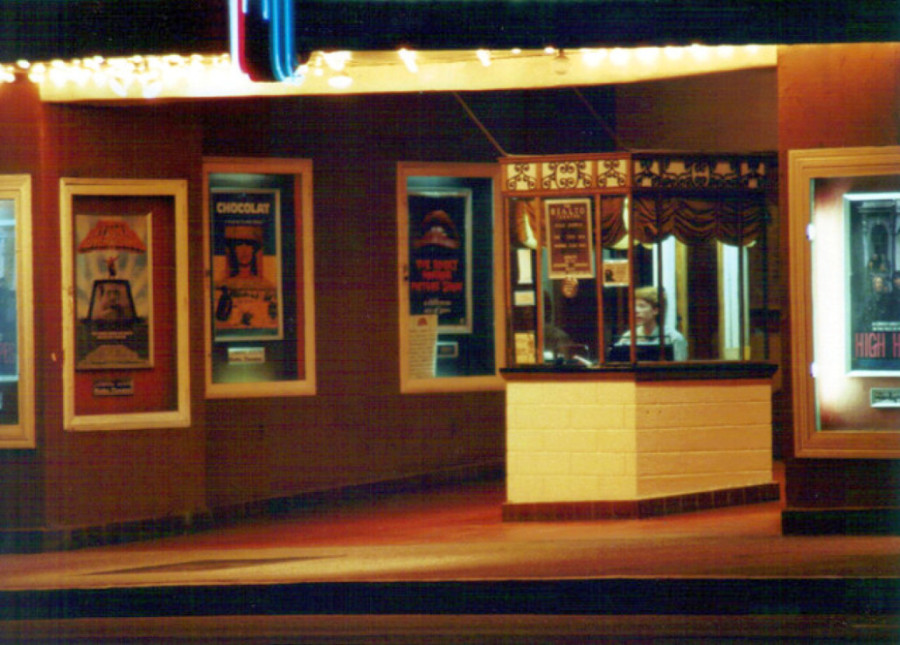 What caused the Rialto's decline? The usual suspects, to be sure (suburbanization, growth of multiplexes and television, etc.), but there are some other factors, too. It's been owned by the same family since the 1930s; the bad news is that they didn't put all that much upkeep into the place, but the good news is that it left the Rialto largely in one piece, not divided into separate cinemas. Now, that family has finally agreed to sell the property (which is on the National Register of Historic Places, making it difficult if not impossible to tear down), with hopes a buyer can revitalize the place and convert it into a performing arts center, as has been the case with many vintage theaters (such as the Alex in nearby Glendale).

While some struggling theaters have found new life (converting to digital, etc.) via Kickstarter and other firms, an endeavor of this magnitude probably will need much more than that. Those who are interested should visit the Facebook site listed above to learn more about this landmark. I spent nearly a decade in Westfield, N.J., where there was, and is, a theater named the Rialto (its lineage dates back to 1922, even further than its South Pasadena namesake). It has helped revitalize downtown and win the town awards. 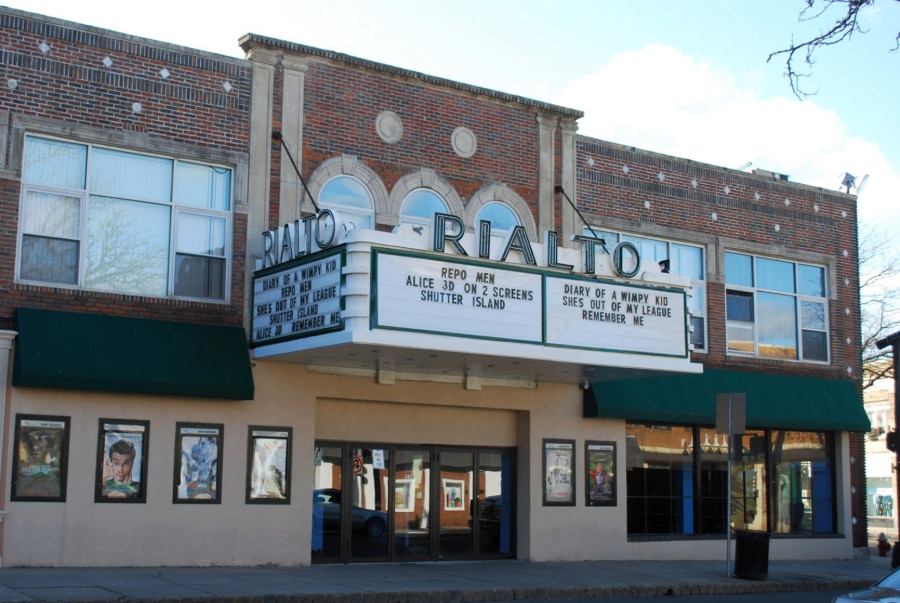 I'd like to see the western Rialto -- which has been used for commercial and video shoots -- similarly thrive.

Was the Rialto in South Pasadena ever used for a Hollywood preview during the '30s, and did Lombard ever visit it? Which of her movies may have been shown there? Until I can find proof, we only can conjecture. But we know at least one of her second husband's films played there: 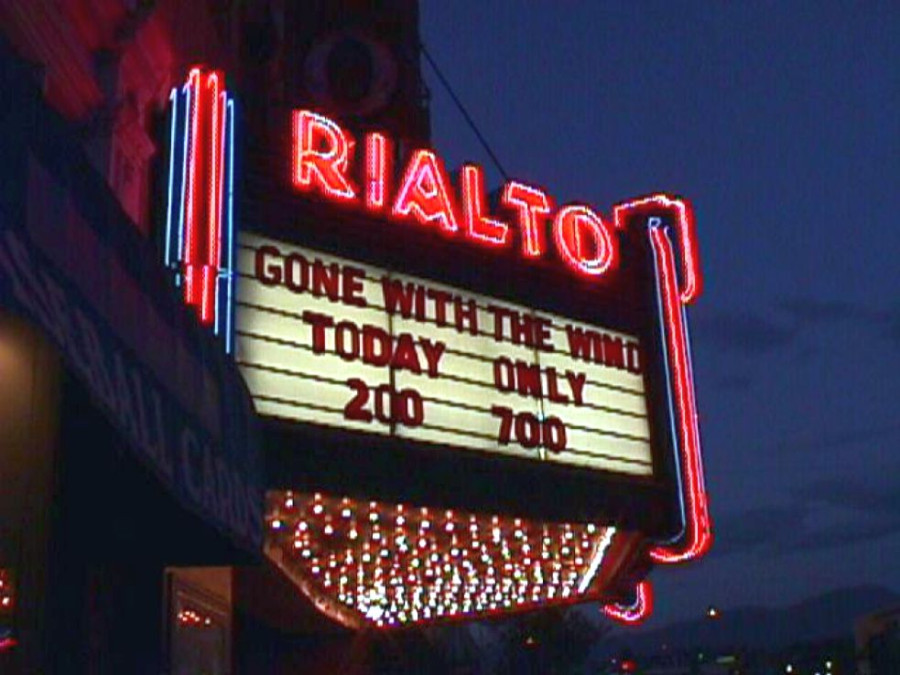 Let's hope that marquee once more will light up the South Pasadena sky.