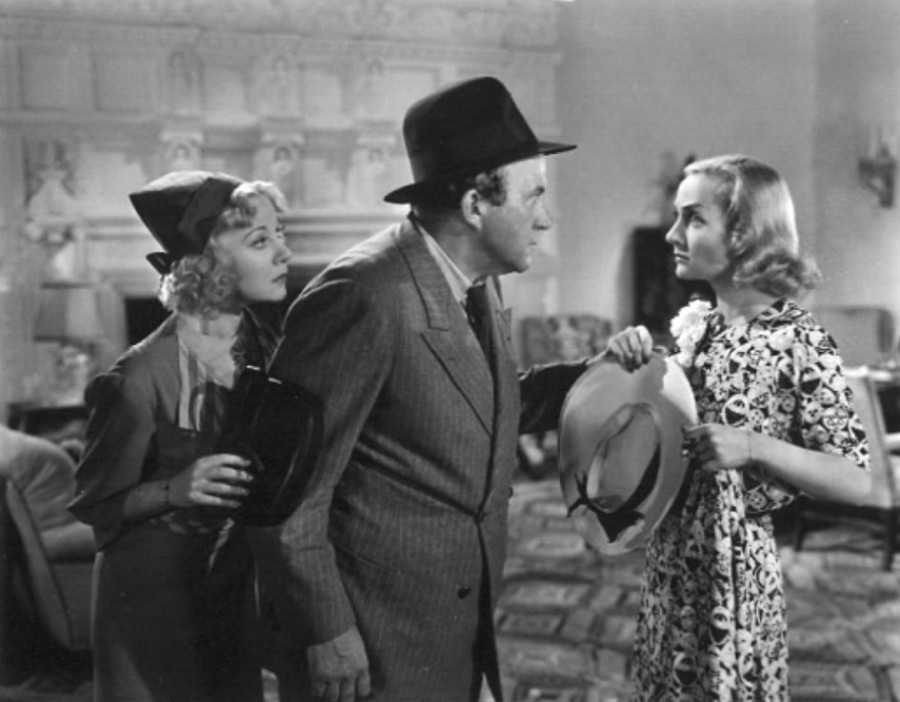 We have finally learned which of Carole Lombard's dresses from "True Confession" is being featured at the just-opened exhibit "Designing Woman: Edith Head at Paramount, 1924-1967" at the Decorative Arts Center of Ohio (http://carole-and-co.livejournal.com/699504.html). It's the one above, which Carole's character, Helen Bartlett, wears when she takes a job as a secretary...which turns out to be a pivotal moment in that 1937 comedy, Lombard's last for the studio.

We have proof from longtime Carole & Co. reader Debbie Plummer Moore, an Ohio resident who went to the exhibit Sunday and posed with the dress: 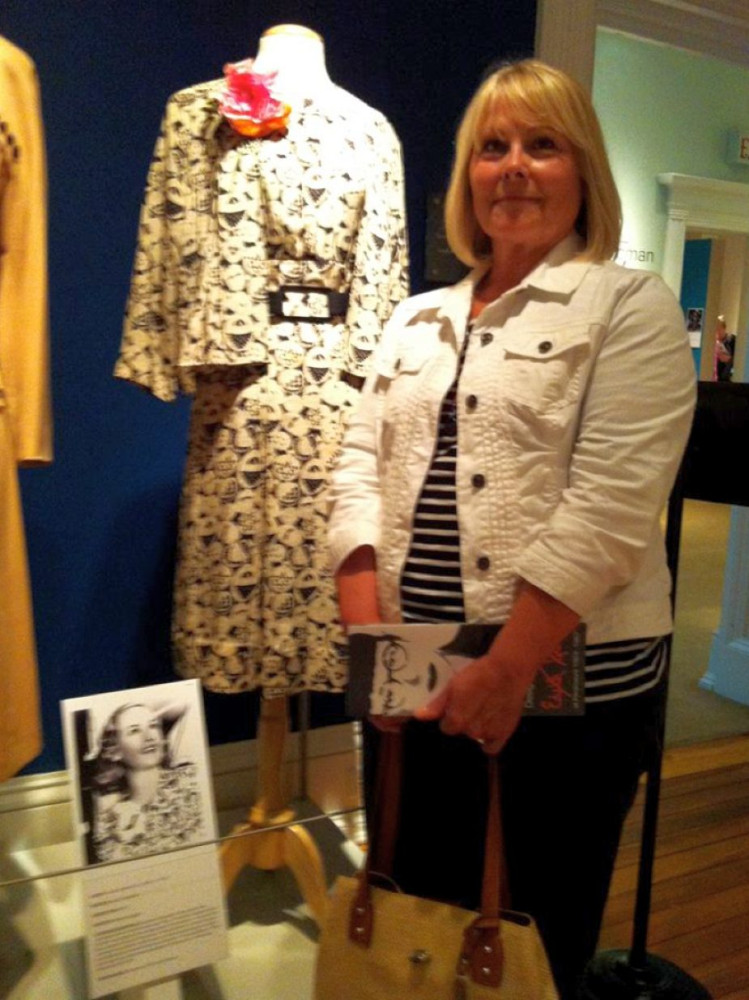 Debbie is also seen in front of the building, which is in downtown Lancaster, Ohio, near Columbus: 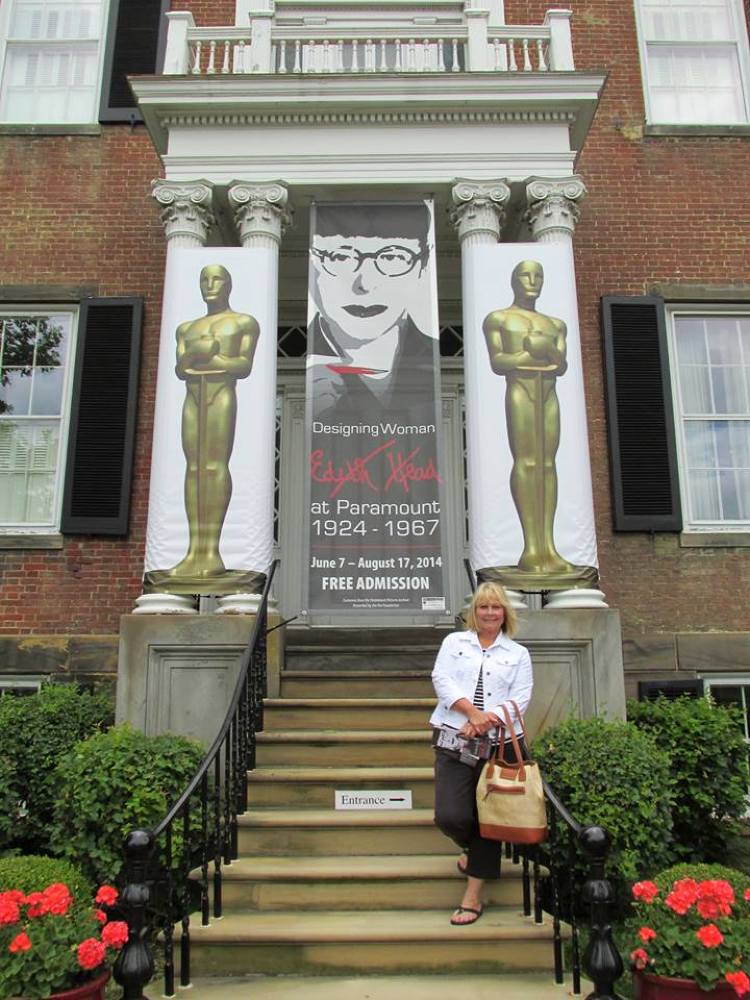 Thanks for solving that "mystery," Debbie. Now, some more images of the dress as seen in the film, the last group of which is from the British publication Cinegram: 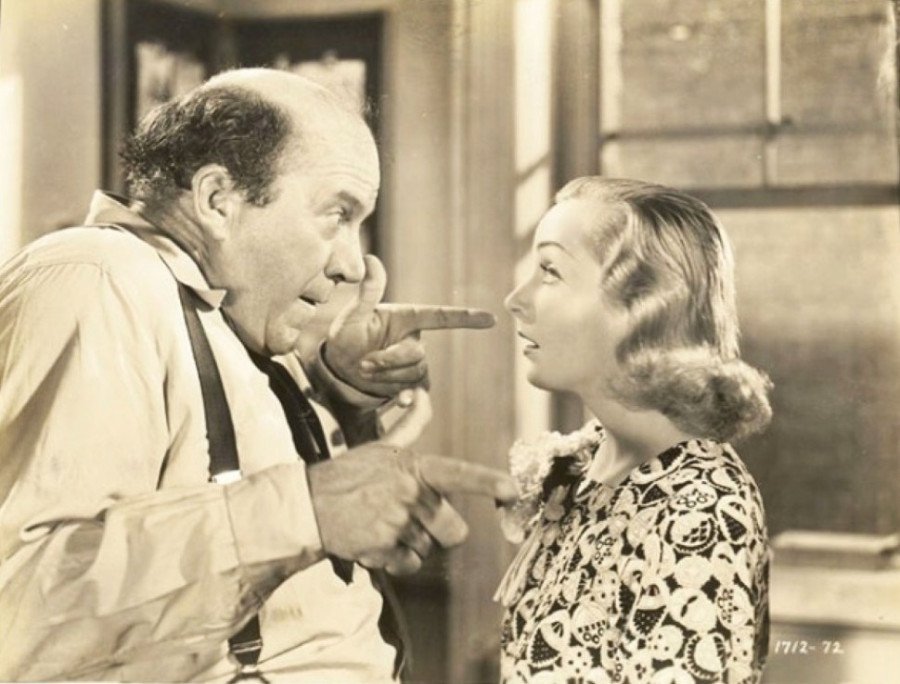 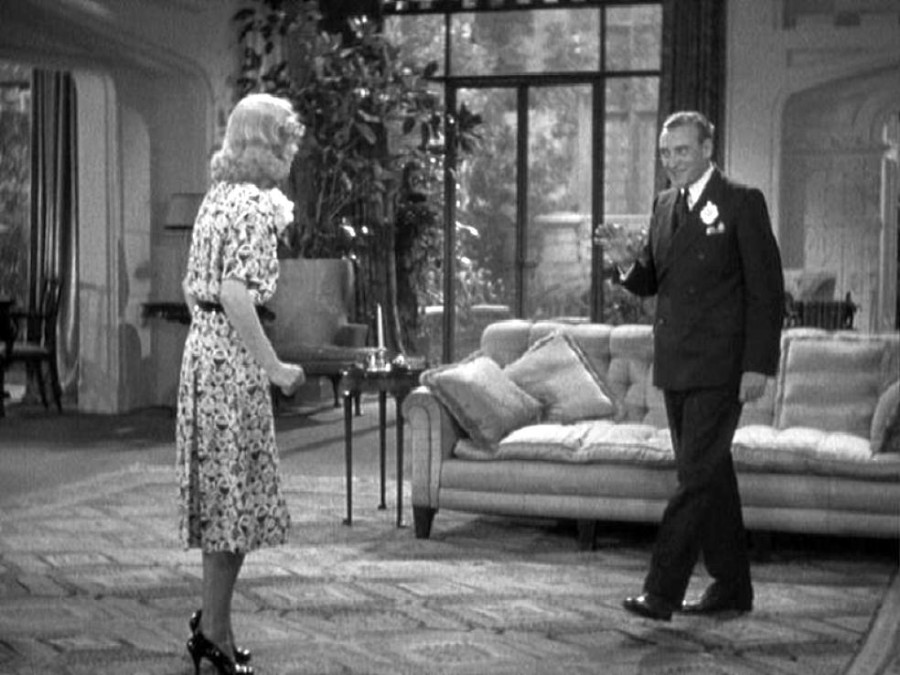 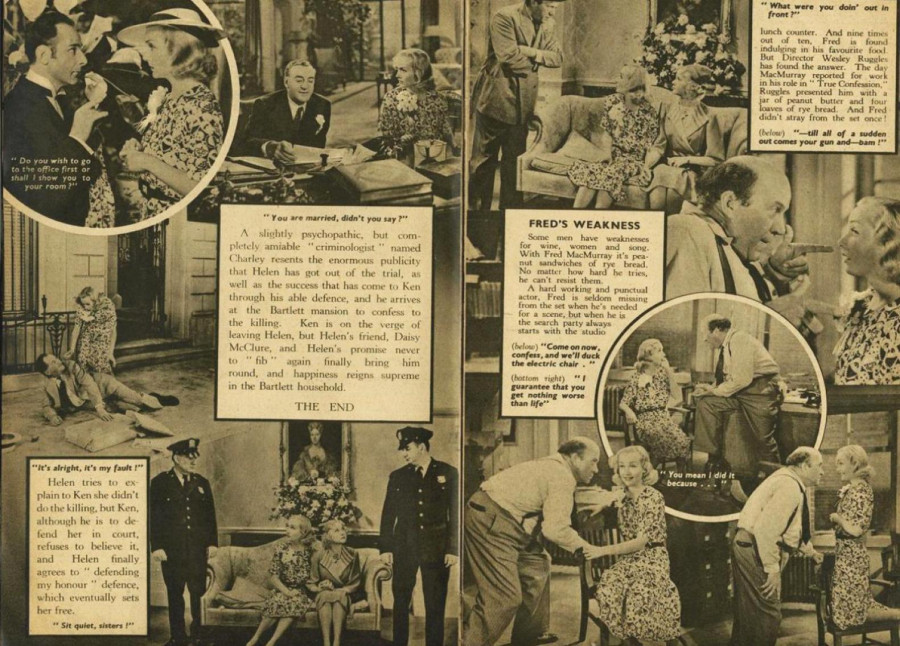 Had I been a sleuth with a bit more sense, I would've been able to guess which Lombard "True Confession" dress was being featured. It turns out that in late 2012, the Hollywood Heritage Museum -- located at the famed barn Cecil B. De Mille used for "The Squaw Man" more than a century ago -- exhibited that dress...and I had those photos in my collection, including one of it at the exhibit as well as a close-up: 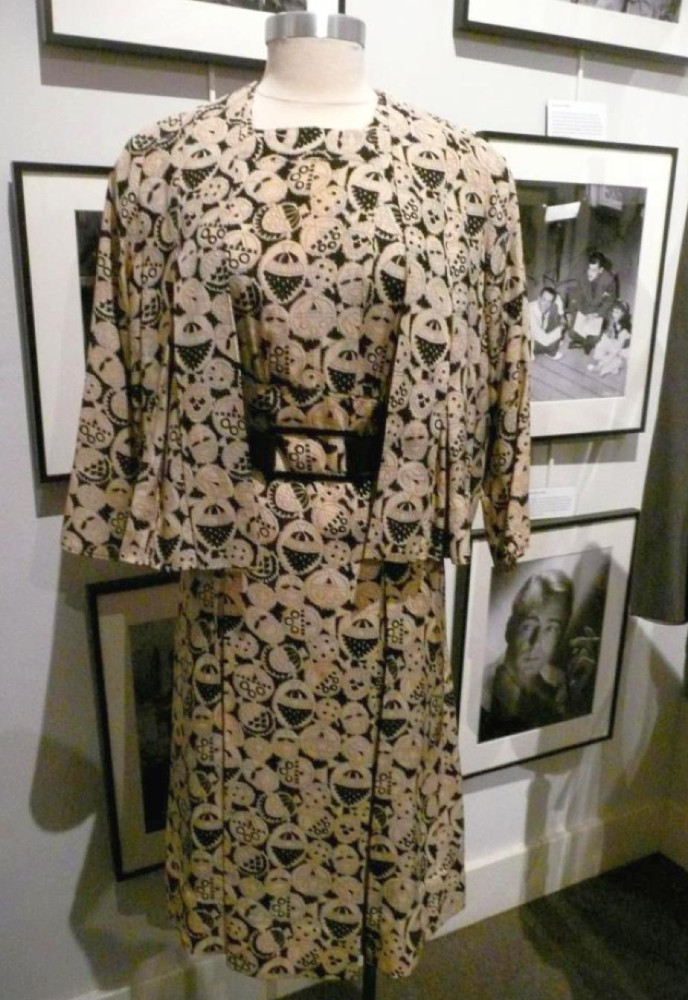 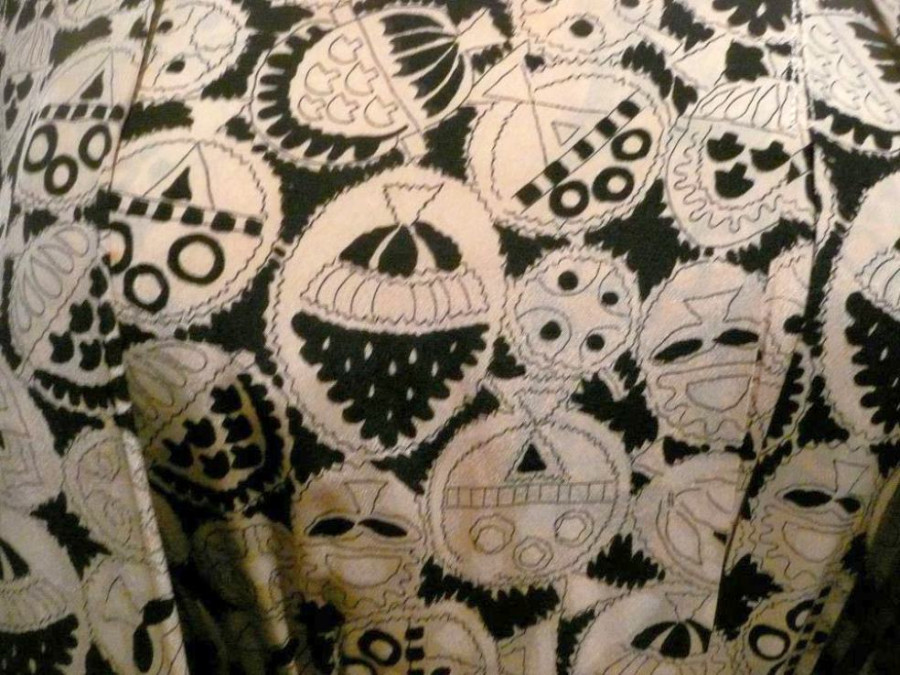 But this also was among those pics -- and it claims "parentage" not from Edith Head, but from another famed Paramount designer, one who's far more associated with Lombard: 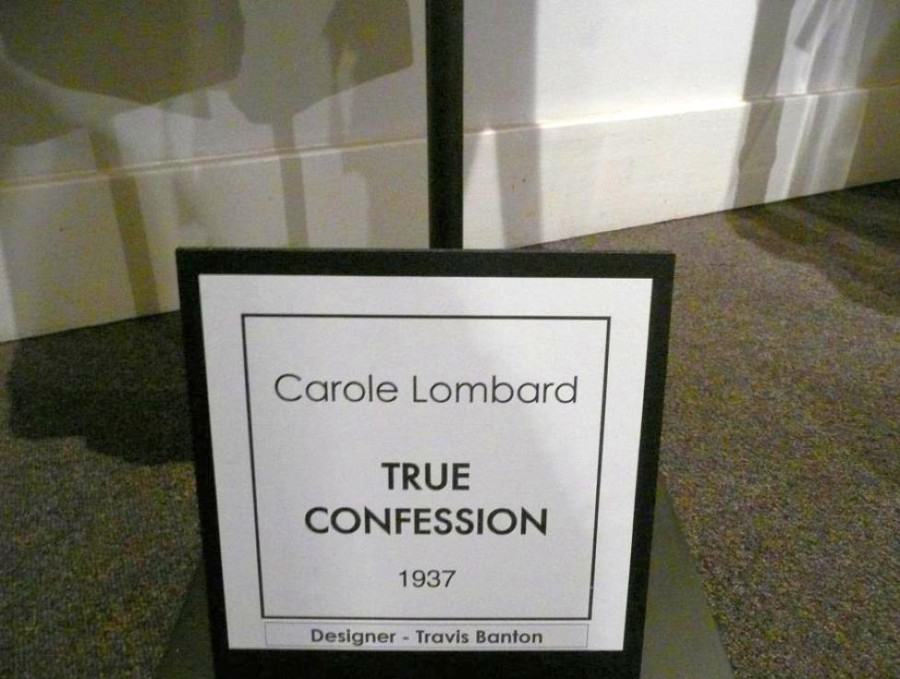 That leads to yet another mystery.
Collapse