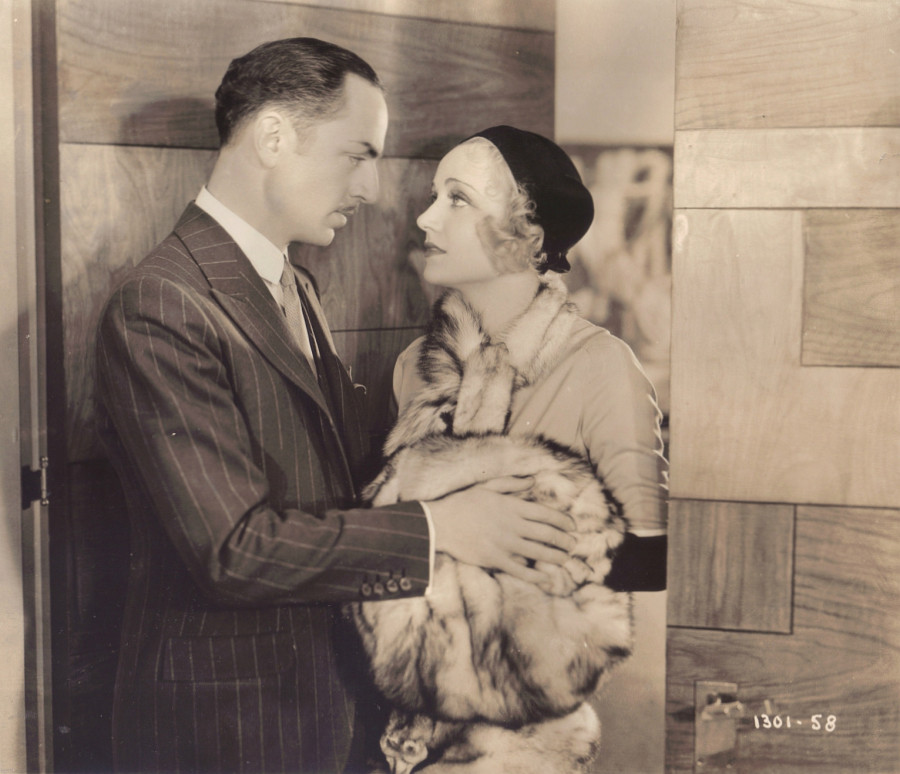 We've previously noted that one year after his ex-wife Carole Lombard was the featured star at the annual Capitolfest at the Capitol Theatre in Rome, N.Y., William Powell will receive similar honors this summer. And now that the event's complete schedule has been announced, another delicious irony has popped up.

Capitolfest will run from Aug. 8-10...the middle day of which Powell will be saluted for the first time by Turner Classic Movies in its "Summer Under The Stars" program (http://carole-and-co.livejournal.com/696321.html). Anyone who comes to Rome for Capitolfest and is in lodging that includes TCM may experience Powell overload (not that it's that bad a thing). However, the Powells programmed on TCM Aug. 9 and at Capitolfest that weekend will be two entirely different personalities; there is no overlap of films. In fact, none of the five Powell movies slated to be shown in Rome co-star the actress he's most identified with on-screen, Myrna Loy (the latest is from 1931, three years before Bill and Myrna even met).

That most recent Capitolfest movie is "Ladies' Man," in which he's shown with Lombard above and below... 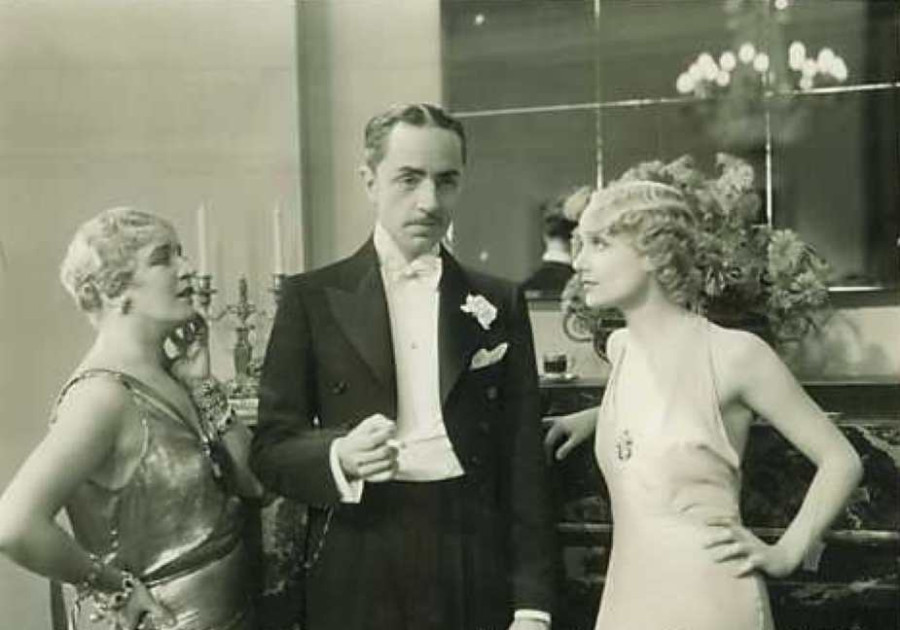 ...the film, also starring Kay Francis, is slated for 8:10 p.m. Friday, Aug. 8, 90 minutes past the first Powell feature on the card, "The Bright Shawl," a First National film from 1923 with a stellar cast -- Richard Barthelmess, Dorothy Gish, Jetta Goudal, Mary Astor and, in one of his first film appearances, Edward G. Robinson.

The only Powell movie to run on Saturday will be at 8:30 p.m., a 1928 Paramount silent recently restored by the Library of Congress, "Forgotten Faces," also featuring Clive Brook, Mary Brian and Olga Baclanova. (It's directed by Victor Schertzinger, who would direct Lombard's initial film for Paramount, "Safety In Numbers" in 1930.) Later in '28, Powell's distinctive voice would be heard on screen in "Interference," sending his career in an entirely new direction. 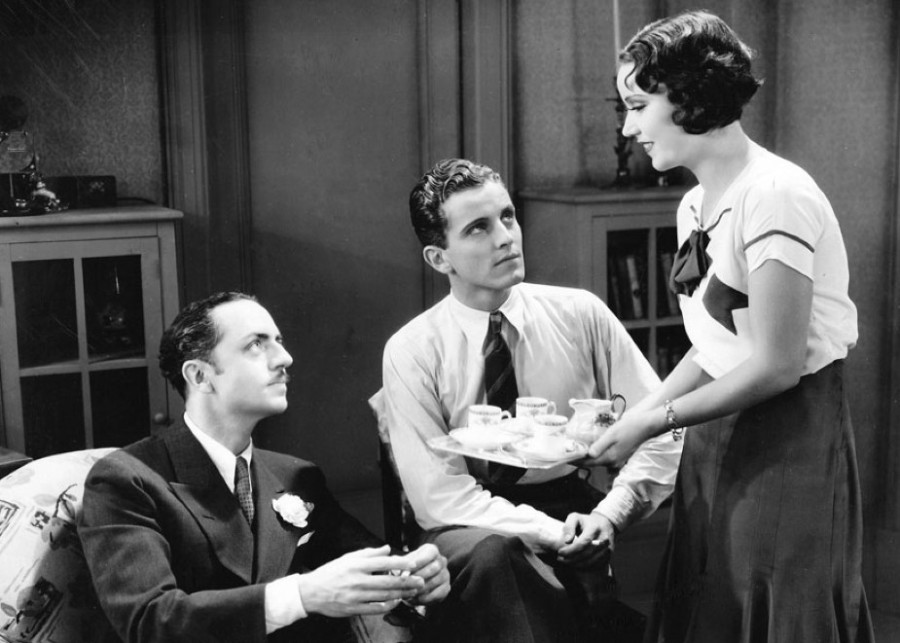 Sunday features a Paramount Powell early talkie doubleheader. At 1:45 p.m., it's "Pointed Heels," where Bill co-stars with Fay Wray, Phillips Holmes (both of whom are shown above with Powell), Helen Kane and Skeets Gallagher. (When Wray was promoting her fine autobiography, "On The Other Hand," she visited Larry King's overnight radio show, and he was incredulous to learn she'd made a film with William Powell. Uh, Larry, she was much more than a "scream queen.") This print will include a fully restored two-strip Technicolor sequence. 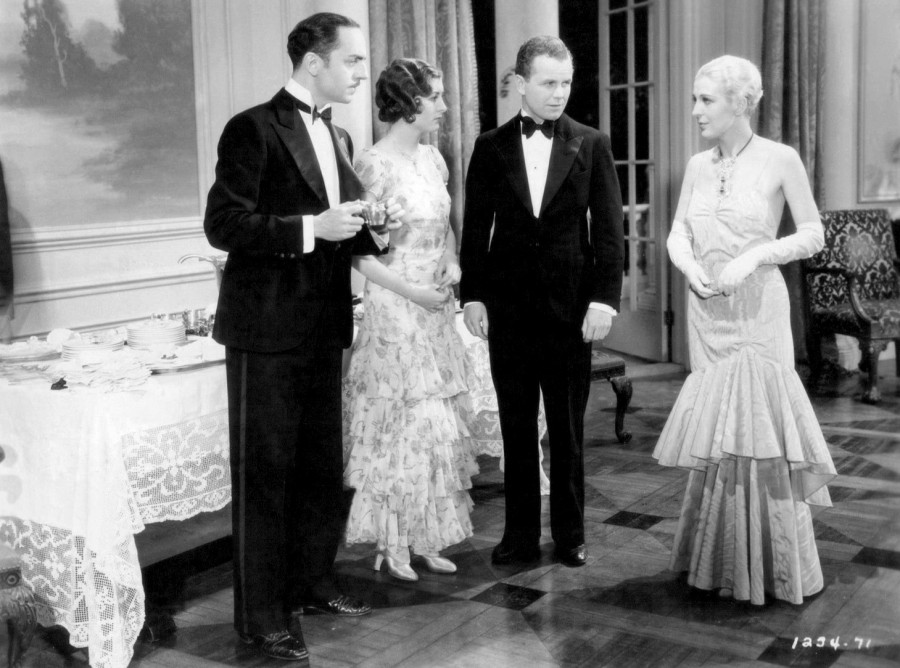 At 2:50, Powell stars in the 1930 drama "Shadow Of The Law," alongside (from left, above) Marion Shilling, Regis Toomey and Natalie Moorhead.

Five Powell films, you say. What else does Capitolfest have to offer? Its usual blend of rare silents, early talkies and shorts. Perhaps the best-known film on this year's docket has a Rome theme -- "Roman Scandals," starring Eddie Cantor. Check http://www.romecapitol.com/capitolfest.html to see the complete schedule. And the Capitol is a worthy venue for the festival, a theater with a heritage dating back to 1928. 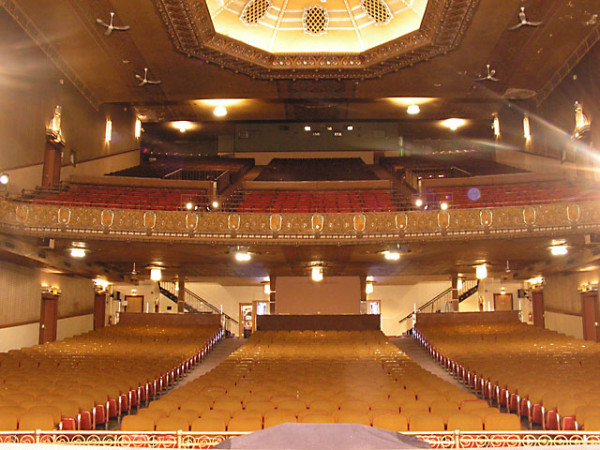 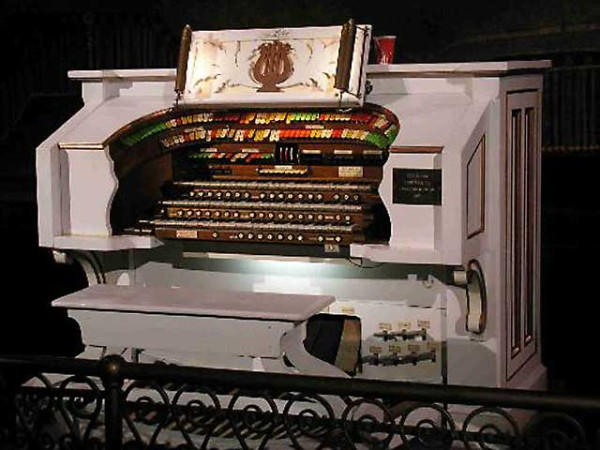 That vintage organ is used for accompaniment on silent films, and all movies shown are restored 35 mm prints. Registration for the entire session are $55 through July 31. To register for one or all of the three days, and for information on nearby lodging, visit the Capitolfest link above.

In the June 1931 Photoplay, a review of "Ladies' Man" included this comment: “You wouldn’t believe that William Powell could play a gigolo and yet retain the sympathy of his audience. Somehow he does just that….An entertaining picture.” Get ready to be entertained in Rome, N.Y., this August.
Collapse