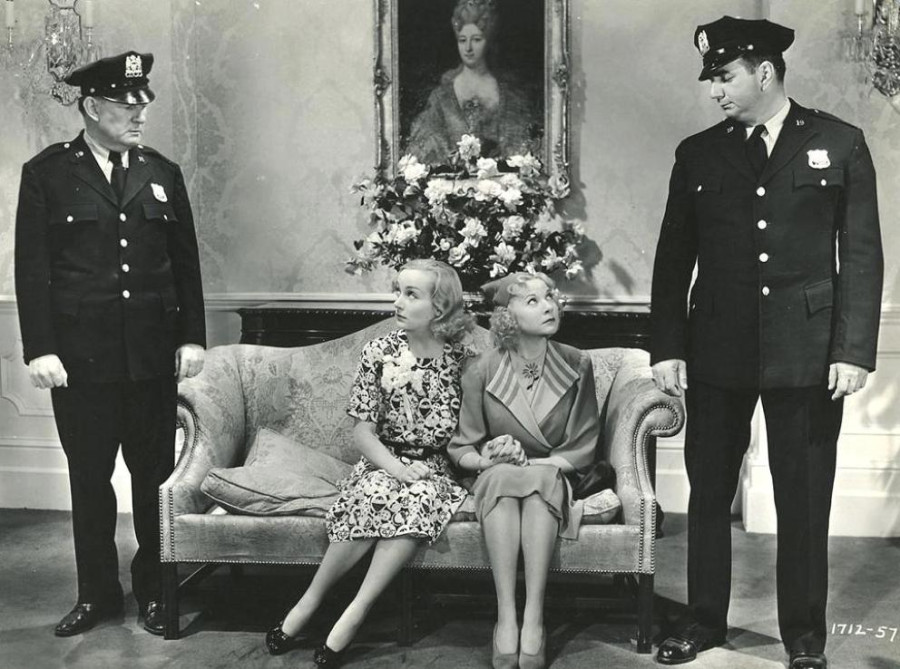 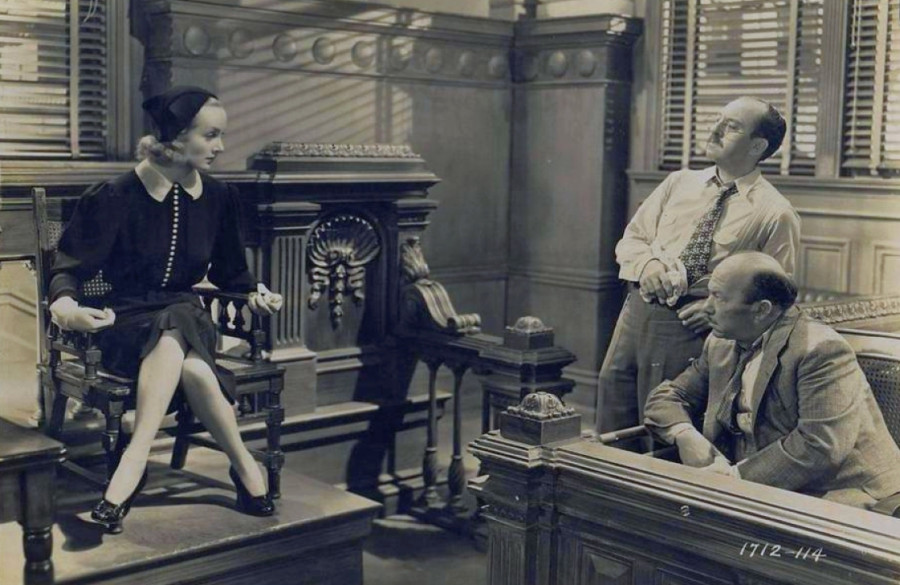 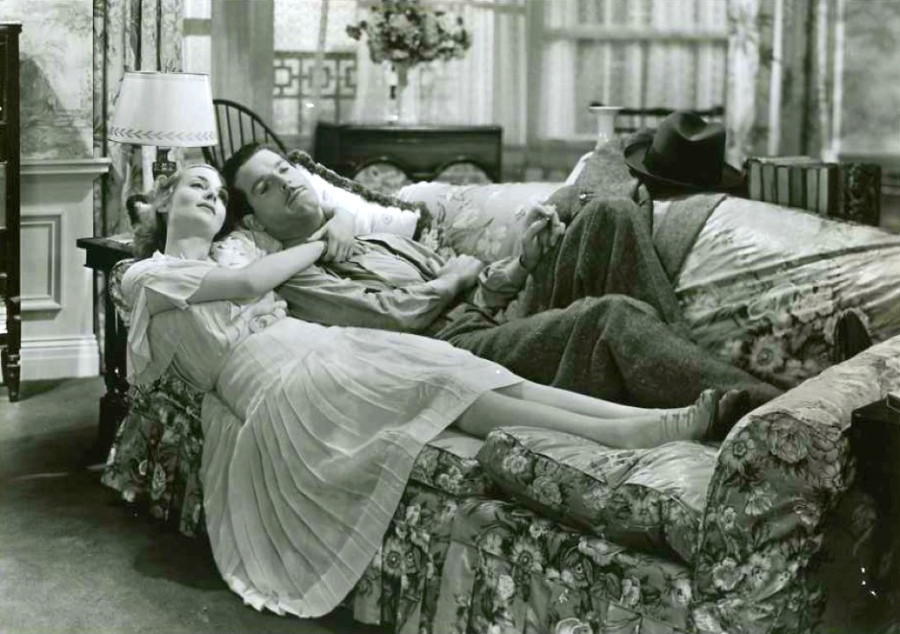 One of the three dresses Carole Lombard is shown wearing above in her final film for Paramount, 1937's "True Confession," will be on public display soon near Columbus, Ohio, as this Saturday, the Decorative Arts Center of Ohio in Lancaster will unveil a new exhibit about the lady who designed the dress in question and so many others, Edith Head: 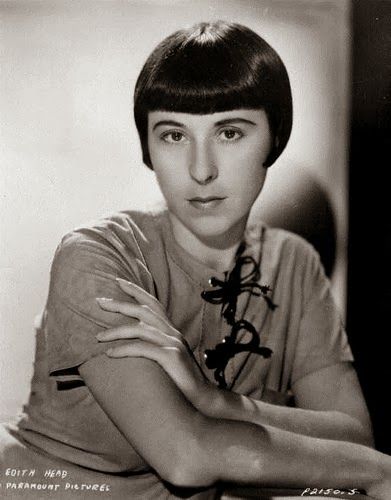 While they knew each other quite well from many years at Paramount, Head rarely had the opportunity to design for Lombard, not with Carole's beloved Travis Banton around. But following Banton's departure from the studio, Edith finally got a chance with "True Confession," and for her it was the start of a long and glorious career, with eight Academy Awards.

"True Confession" is the earliest film with a dress at the exhibit (the latest is the 1965 Carroll Baker "Harlow"), and visitors not only will be able to view the 36 costumes but see them in action. An iPad will be stationed at each gallery, and with the press of a button, a minute-long clip of the movie in question will be shown. (It turns out that the "True Confession" dress on display is the one I've now moved to the top.)

According to the center, guest curator Randall Thropp "has worked at Paramount Pictures for over a decade putting together a collection of historical and contemporary costumes -— thus establishing a costume archive for the studio." (One wonders whether any other Lombard costumes remain at Paramount, which has 20,000 costumes and 12,000 pieces of jewelry on hand.) Thropp will host a talk on costuming at the center at 2 p.m. Sunday; admission is $8, and $5 for members.

Admission to the center itself is free (though donations are "graciously accepted"); it's open from 10 a.m. to 4 p.m. Tuesdays through Saturdays and 1 to 4 p.m. on Sundays. The Head exhibit will run through Aug. 17. For more information and directions, call 740-681-1423 or visit http://www.decartsohio.org/exhibitions.html.
Collapse