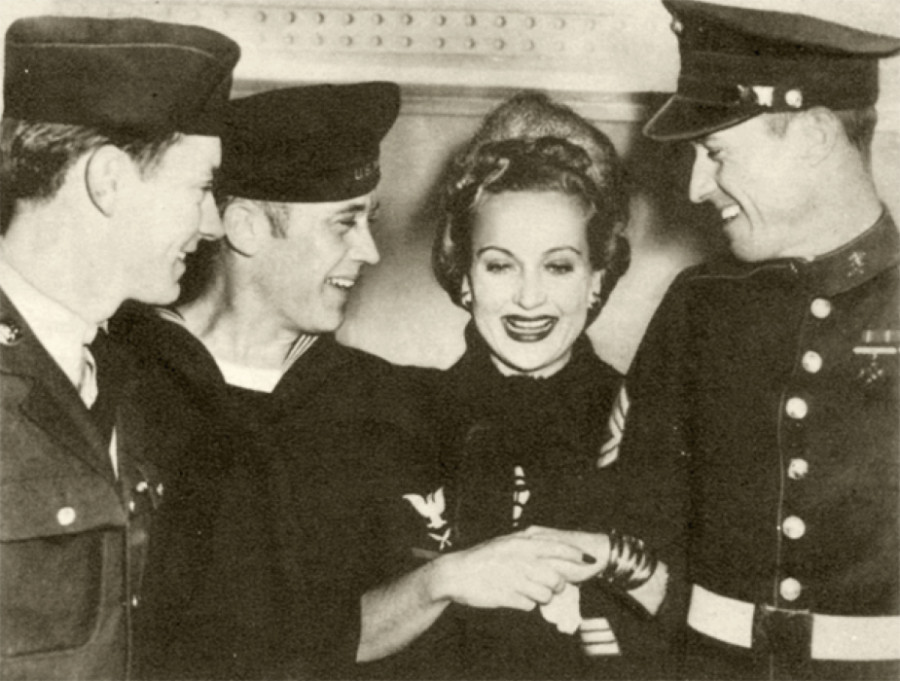 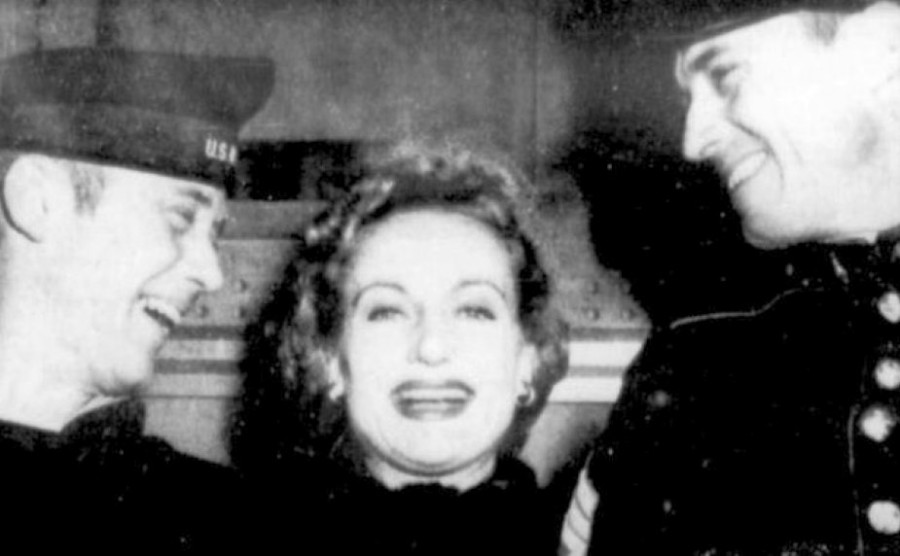 These photos show Carole Lombard with servicemen at the Salt Lake City train station on Jan. 13, 1942, during a stopover while she was en route from Los Angeles to Chicago to be debriefed on her upcoming war bond rally in Indianapolis. From the background of these images, they look to have been taken alongside a train, perhaps the City of Los Angeles that Lombard was riding; these soldiers and sailors may have been on board, too.

We know that before the week was done Carole would be lost to history, among the first war-related casualties of World War II. However, we don't know the fates of the three men she's pictured with. It's possible one may be with us today, though that diminishes every year as time elapses. Another may have passed on a few decades ago, able to witness -- and aid -- an Allied victory. And at least one of them may not have come back.

It is in honor of those who made that ultimate sacrifice that we hold Memorial Day observances each year. Many of us, through no intentional reason, lose sight of that as we celebrate the unofficial start of summer.

So while you're in the midst of your holiday festivities -- cookouts, ballgames, travel, whatever -- take some time to remember the real reason for this holiday and think about those who served and paid the price.
Collapse