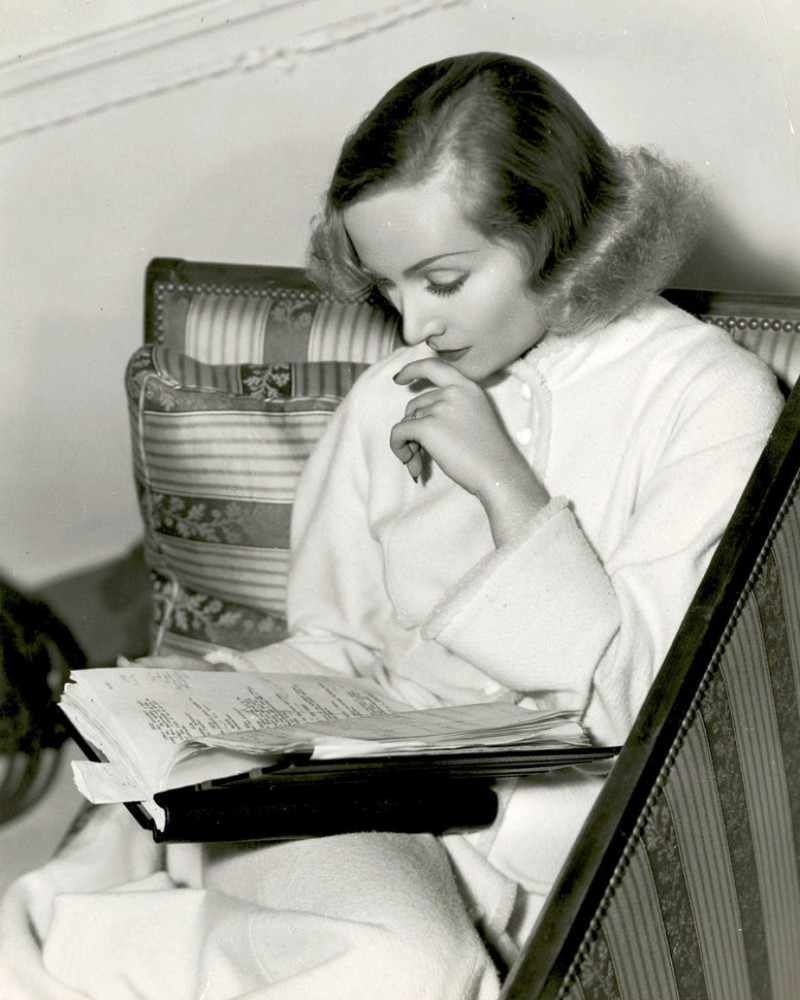 Here's one of Carole Lombard's more studious photo stills, as she's shown perusing a script. Which one? Since the back of the picture is available, we can venture an answer: 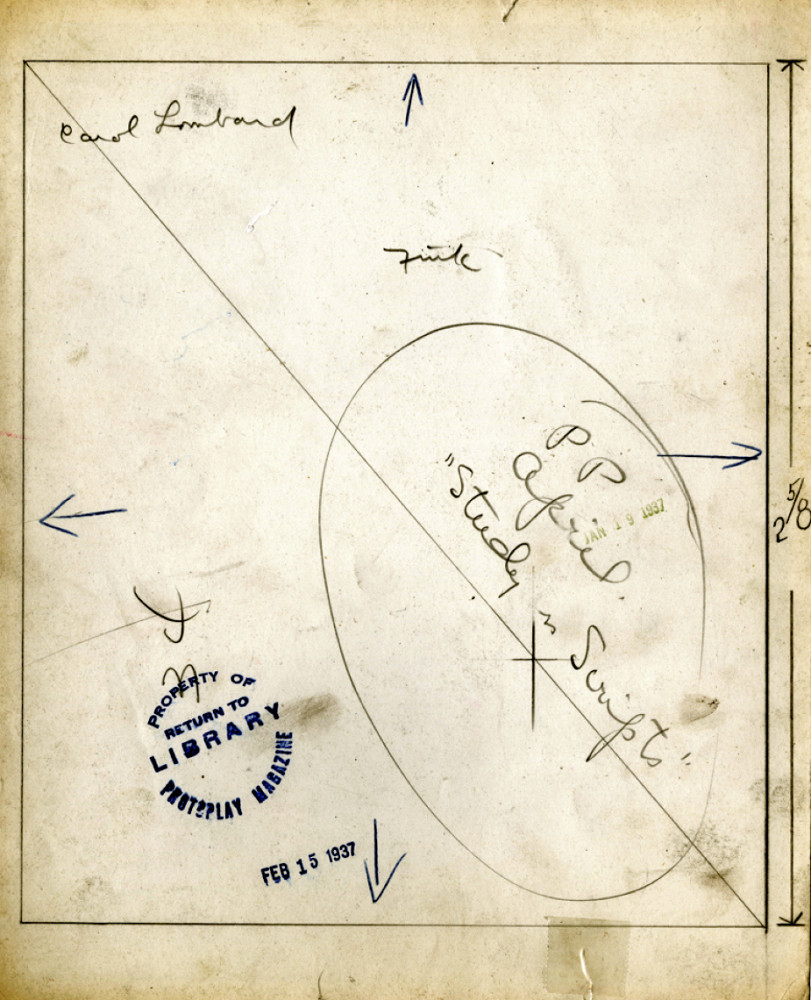 It's from the library of Photoplay magazine, and since the stamp date is from early 1937 (Jan. 19, then Feb. 15), it's pretty certain Carole's examining the script of her latest film, "Swing High, Swing Low." There's also another marking: "April -- Study In Scripts." A check of the Media History Digital Library revealed the April 1937 issue was available, so let's see how Photoplay used the picture.

Well, it turns out that issue didn't feature anything called "Study In Scripts" -- but there was a two-page spread called "Lining Up Their Lines." And there indeed is a photo of Carole from "Swing High, Swing Low," but not only is she in it, but so are co-star Fred MacMurray and director Mitchell Leisen: 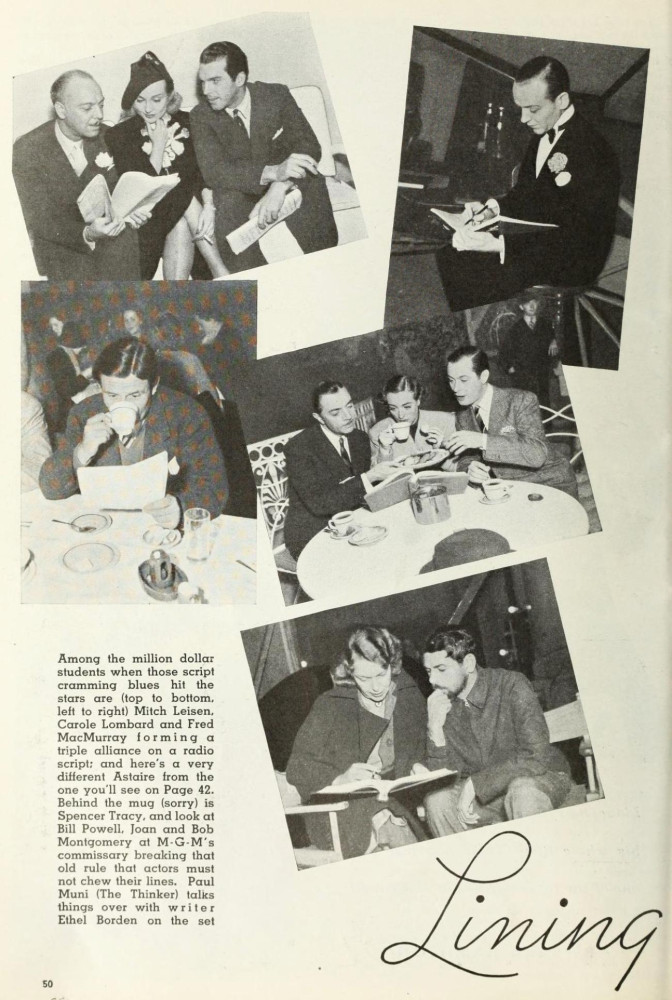 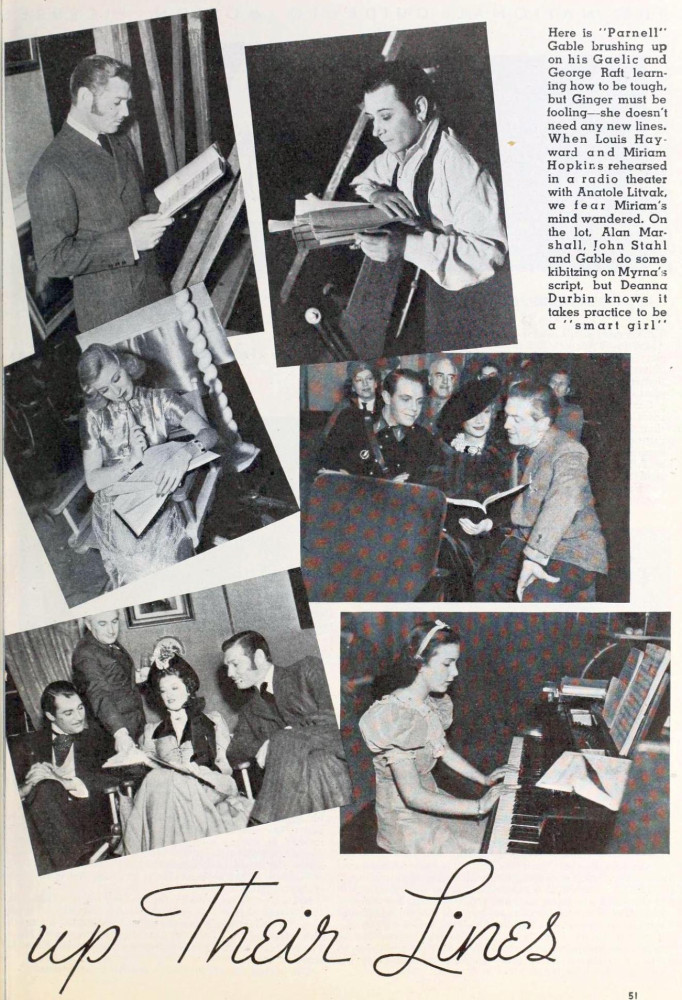 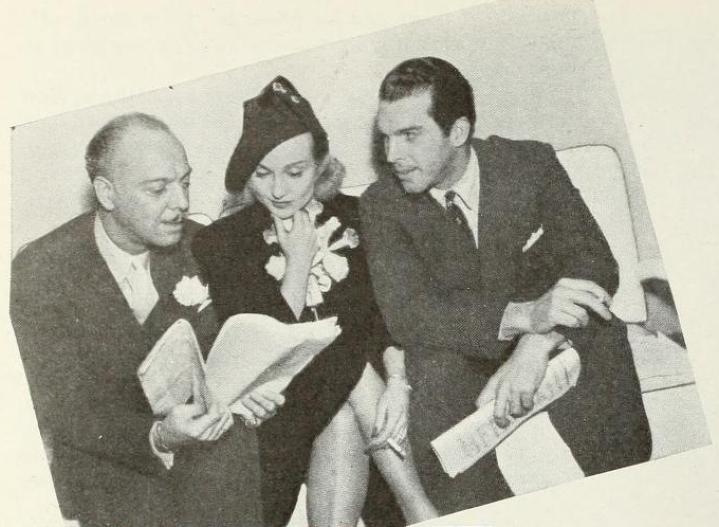 Before we leave the April '37 Photoplay, there's something else from that issue that fascinates. It's a history of the fabled Cocoanut Grove at the Hotel Ambassador, both of which now are lost to legend...and as many of us know, the teenage Carole Lombard of the mid-1920s was a regular participant in its dance contests. This not only tells us more about her days there, but features an image of the young Lombard I've never seen before: 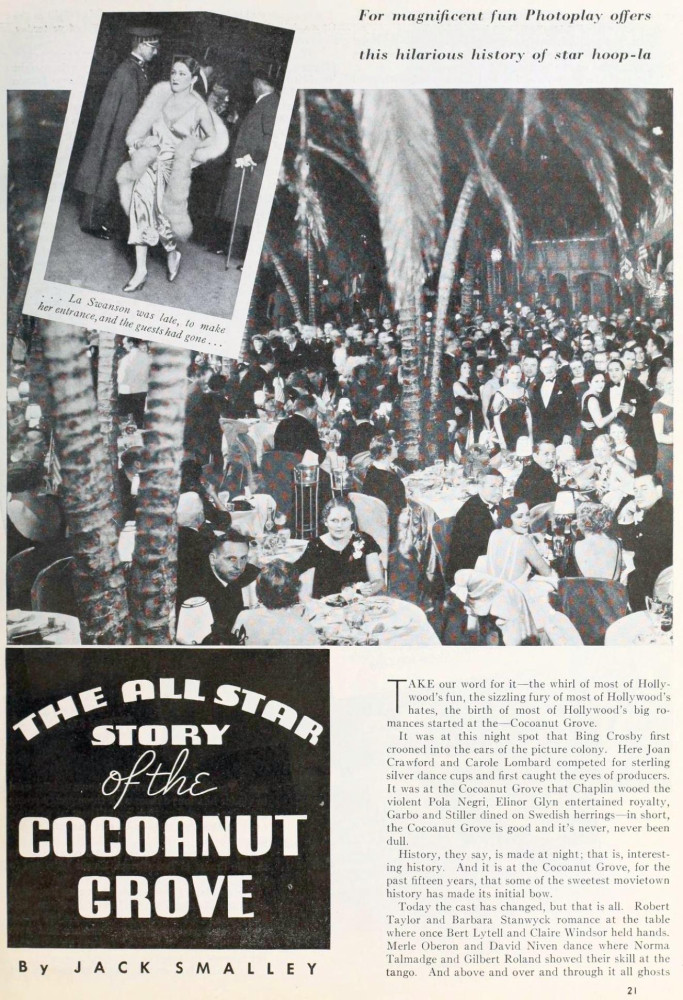 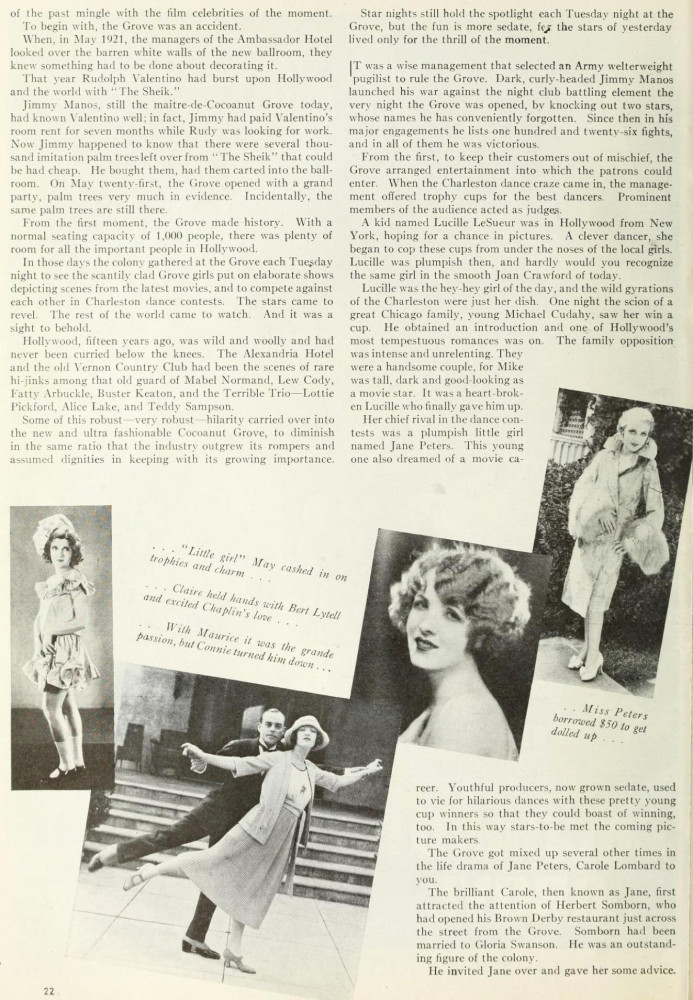 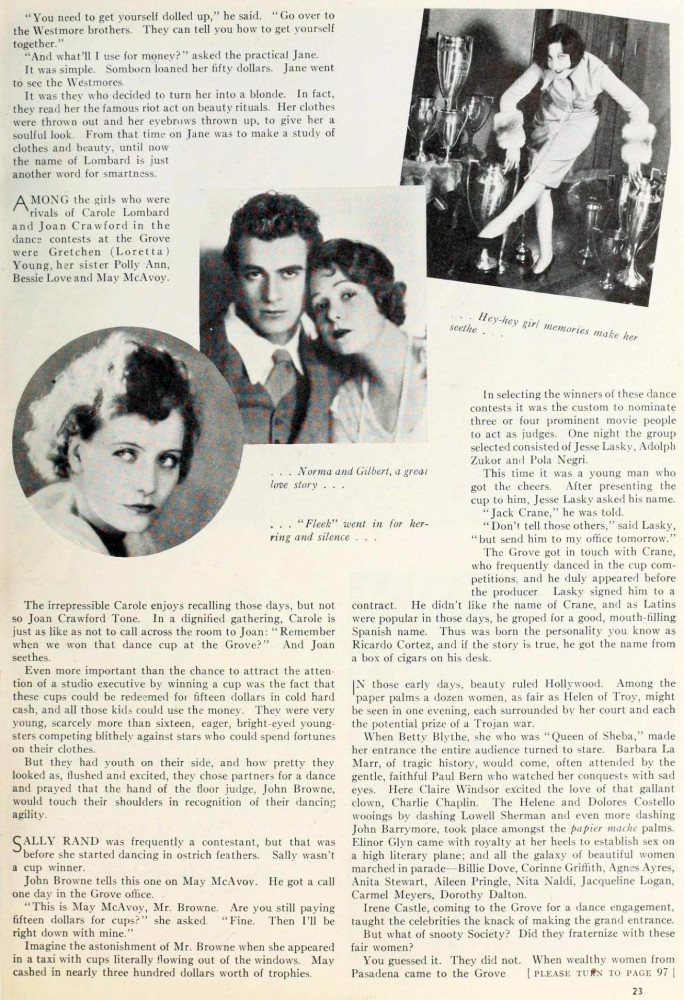 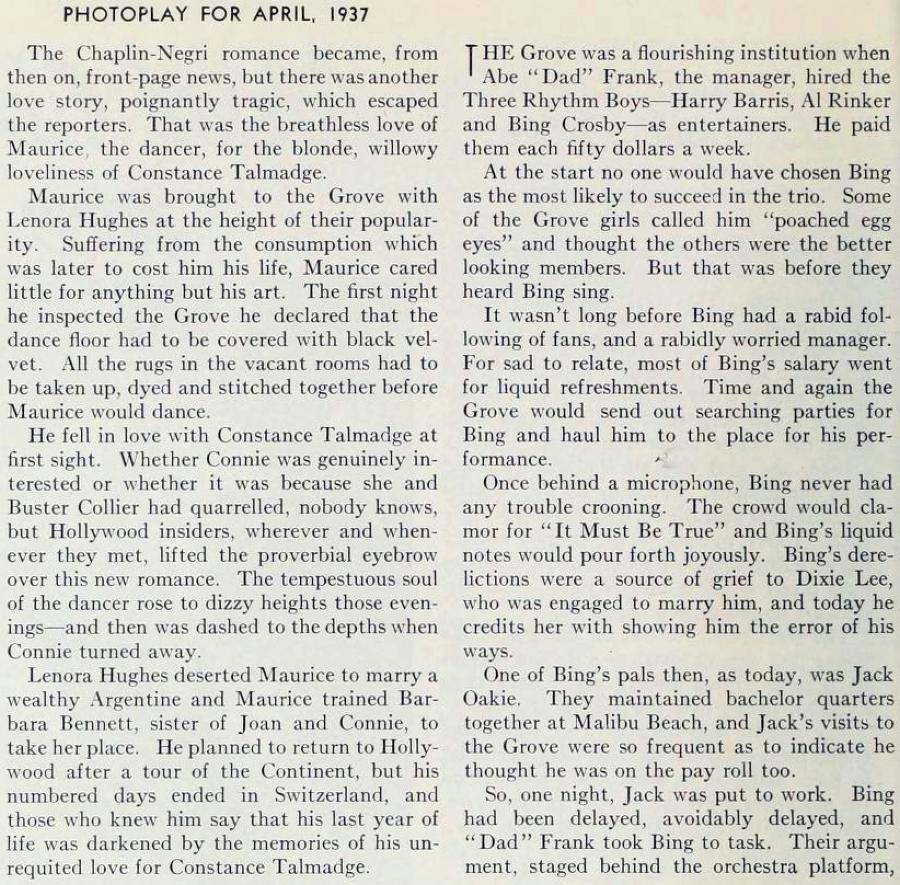 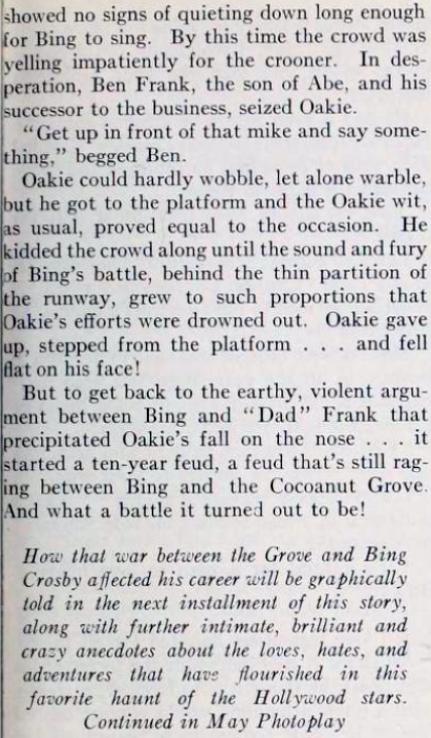 I never realized there had been a feud between Bing Crosby and Cocoanut Grove management (you learn something new every day!). As is our wont, let's focus on the Lombard stuff: 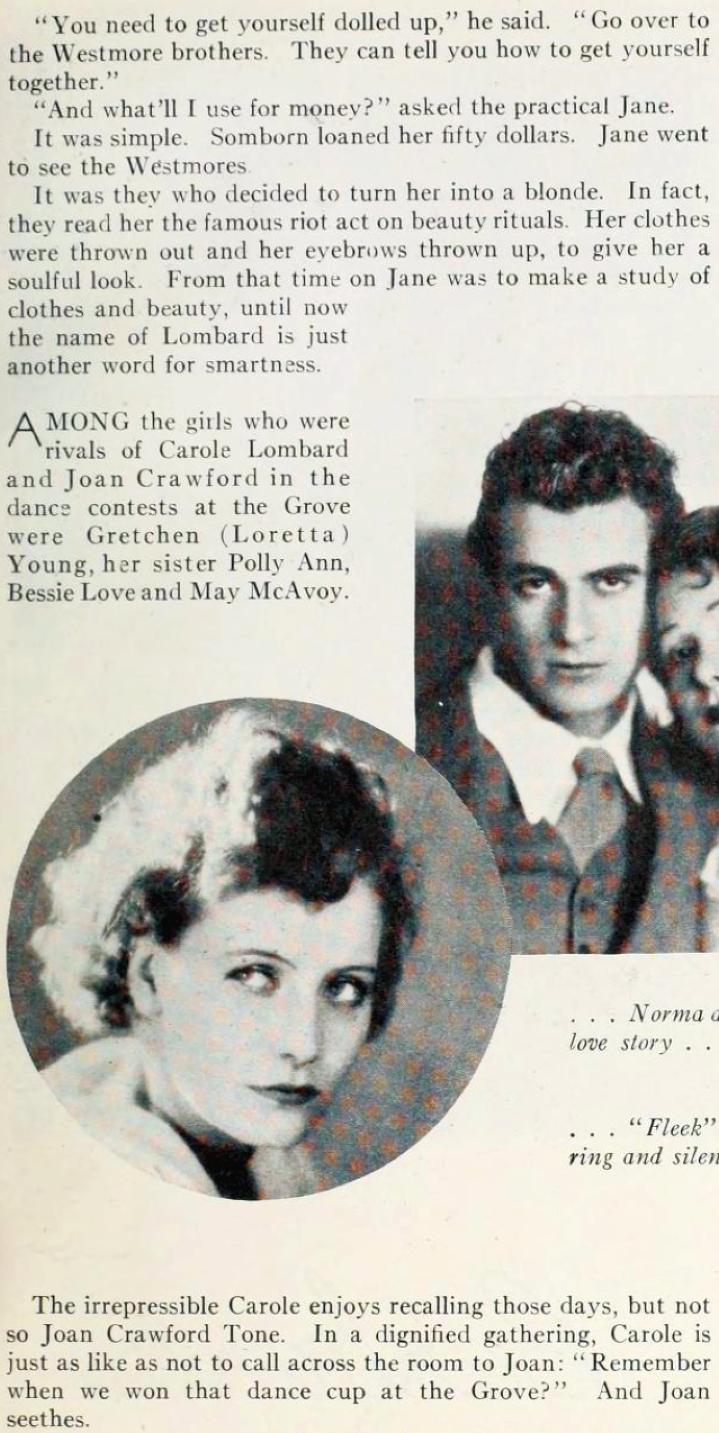 Since photos of Carole from her time at Fox show her with dark hair, the story about the Westmores turning her blonde has some credence. And from what we know about Lombard and Crawford, is anyone really surprised that Joan was reluctant to laugh at her past?
Collapse