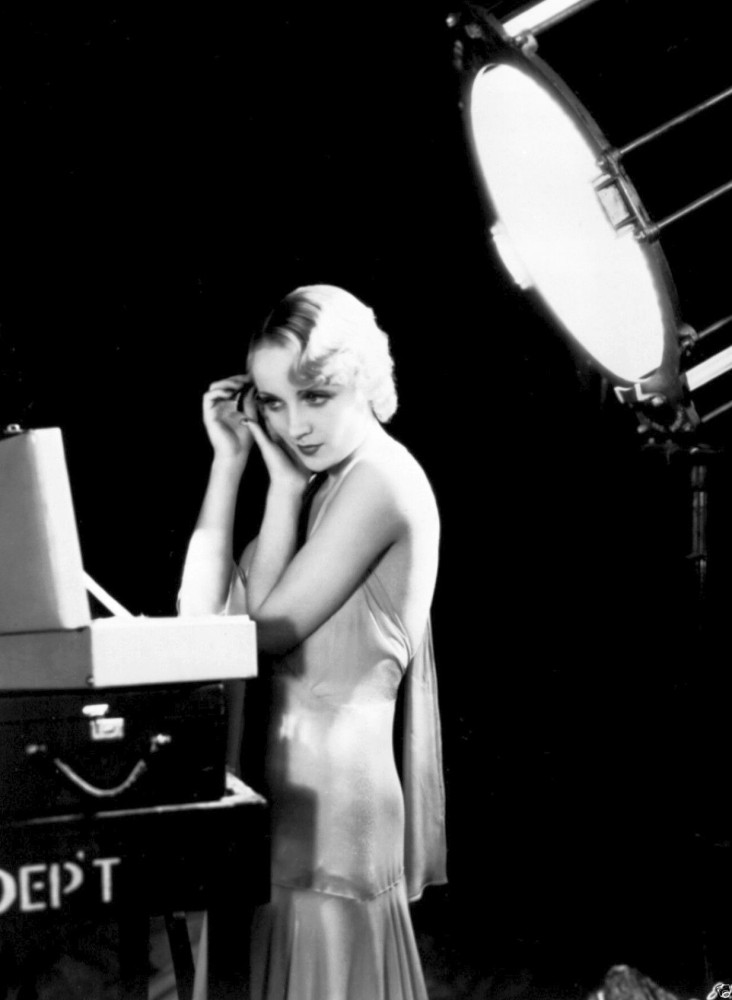 I don't have the specifics on this portrait of Carole Lombard fine-tuning her appearance on a soundstage, but judging from her hairstyle, it's either from her Pathe period or early on at Paramount. It's one of two photos of Lombard on the set; here's the other one, definitely from later on in her career: 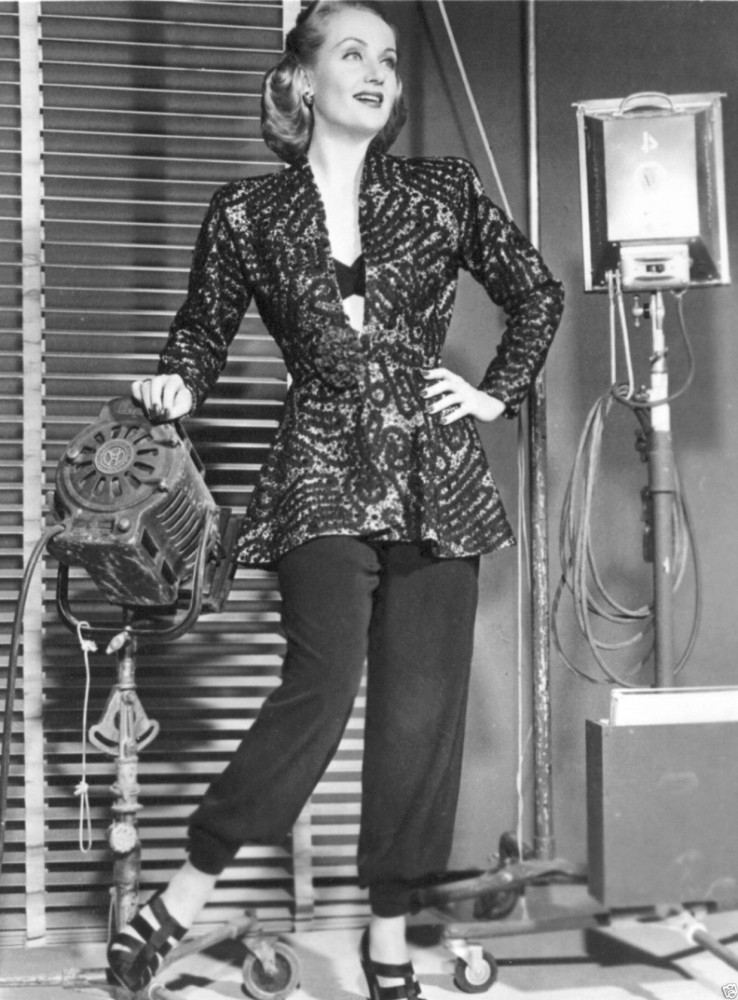