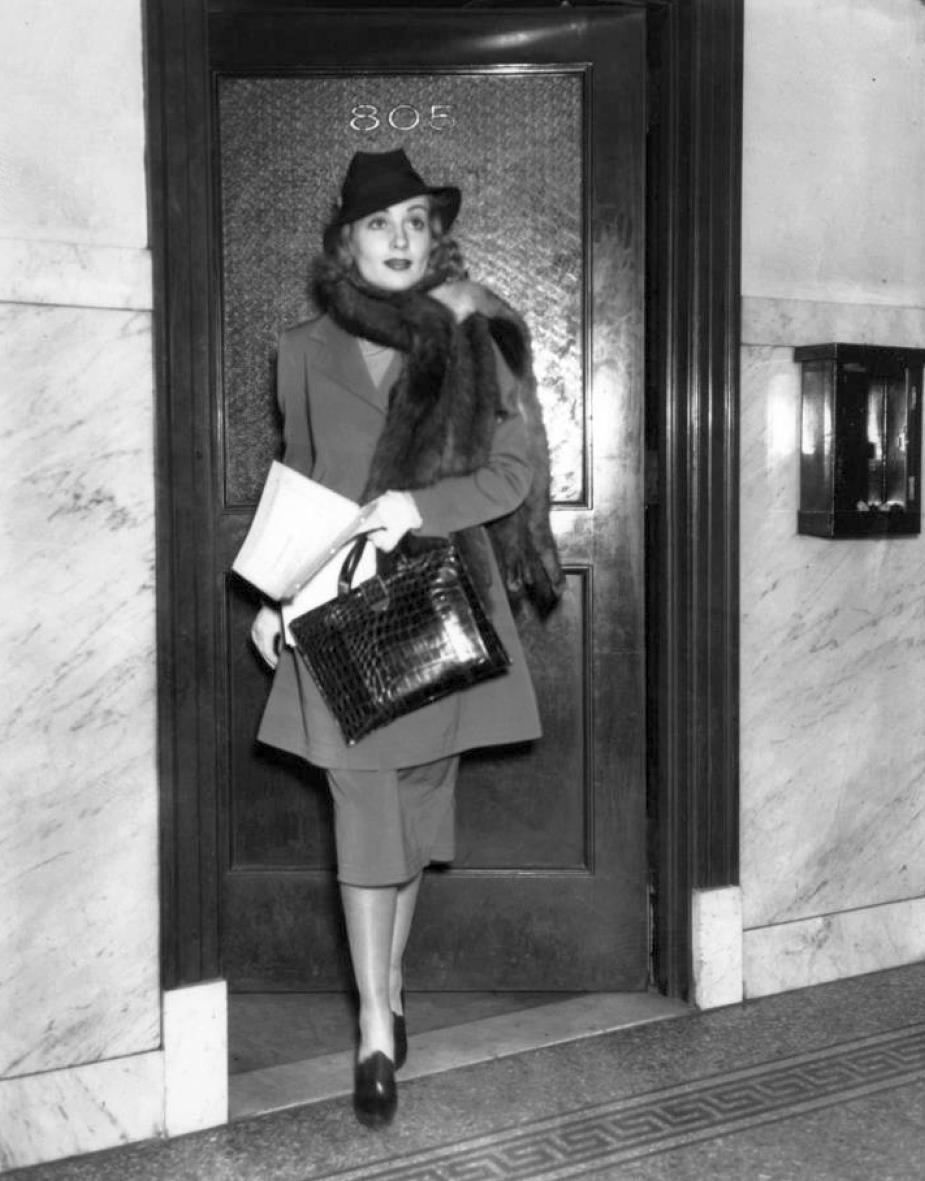 Well, I'm nearly at the point where I'll have something in common with Carole Lombard -- a Los Angeles address. (But unlike the former Jane Alice Peters in that photo at the city Hall of Records in late 1936, I have no plans to change my name.)

I cleared another hurdle today as far as documents were concerned, and need only one or two more things taken care of before I should have an apartment lease approved. Will I be able to get them done tomorrow, my final full day in LA before heading east? We will see...but at this time, I feel in good shape.

Privacy reasons make me reluctant to give more details on where this potential domicile is located, but I will say it's a bus ride away from the fabulous Farmers Market -- which I visited for the first time today. It's a quintessential LA experience. Imagine an open-air equivalent of such standout city markets as Reading Terminal Market in Philadelphia or Lexington Market in Baltimore, then add some California and Hollywood flair to the equation.

That's Ben Affleck and his daughters shopping there some months ago. I didn't see them today (or any other celebs, for that matter), but I did have some tasty New England clam chowder along with a Pecific favorite, fish tacos, at Tusquellas Fish and Oyster Bar. Yummy. In July, the market celebrates its 80th anniversary, and at that time, we'll go into more detail on the place. For now, provide some psychic support to make this California dream come true.
Collapse