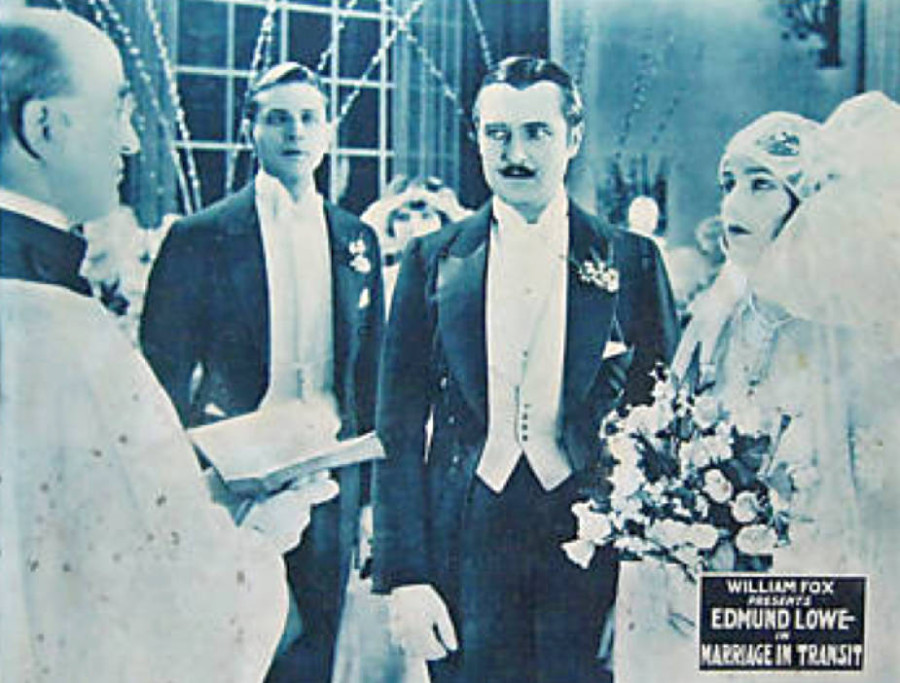 We don't have much left of "Marriage In Transit," Carole Lombard's first film by her new screen name, made at Fox in early 1925 when she was all of 16 years old, yet looking sufficiently mature to portray a character getting married (to star Edmund Lowe) and thus apparently several years older. The film is lost -- indeed that's the sad fate of all of Carole's films made before her automobile accident in early 1926 -- and not many samples of it remain.

But one rarity has popped up on eBay...and it's a lot of rarity. It's a half-sheet poster for the movie, measuring an astounding 22" x 28": 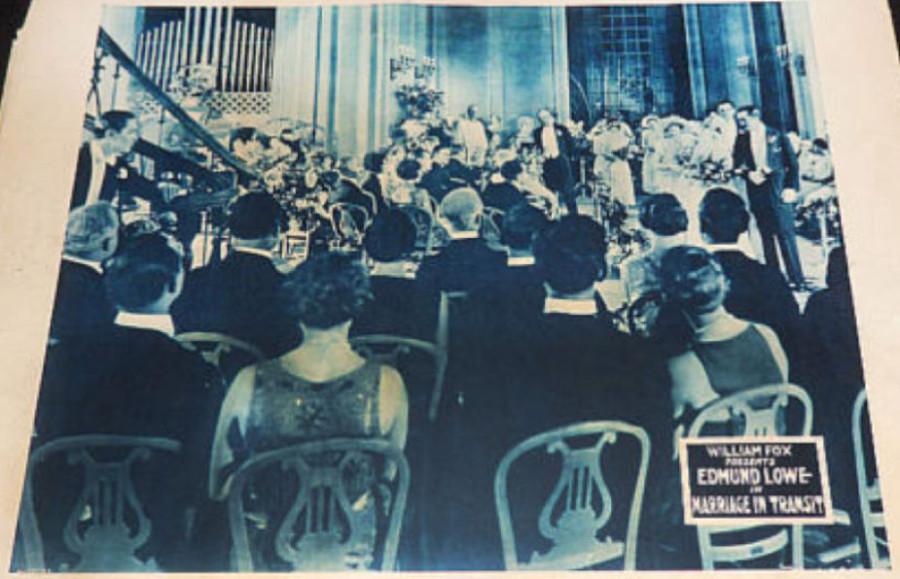 By the standards we use for movie posters, this one looks as if it's merely a lobby card on steroids; it's simply a larger version of the wedding scene. Let's focus at part of the picture, and you can see Lombard arm in arm with Lowe: 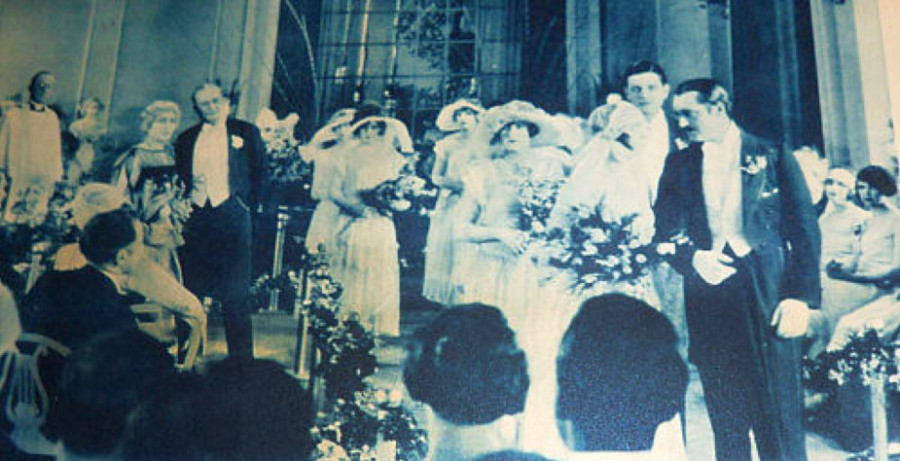 The half-sheet is in unrestored condition, with some heavy age wear on the borders. Nevertheless, it's quite a find and a definite rarity. It's being sold for $200, and I hope whomever buys it does justice to a Carole collectible nearly 90 years old. If that someone is you, go to http://www.ebay.com/itm/MARRIAGE-IN-TRANSIT-25-SILENT-CAROLE-LOMBARD-EDMUND-LOWE-ORIGINAL-1-2-SH-/151299008308?pt=LH_DefaultDomain_0&hash=item233a1fa734.

As was the case for part of last month, many of the following entries will be minus illustrations, as I'll be using my laptop while back in Los Angeles to seek future housing (keep your fingers crossed). Back in LA...that phrase got me thinking of its use in a song, from one of the town's signature bands, the Doors. The comparatively obscure "Runnin' Blue," from the 1969 album "The Soft Parade," was released as a single and had minor success. At its start, Jim Morrison laments "poor Otis (Redding), dead and gone," not knowing that within two years he would be, too. From there, it goes in typical solid Doors style, with one curious exception: That's Rob Krieger, in ersatz Dylan tones, singing on the bridge. "Runnin' Blue" doesn't get much airplay on classic rock stations these days, but it's two-and-a-half minutes of fun.