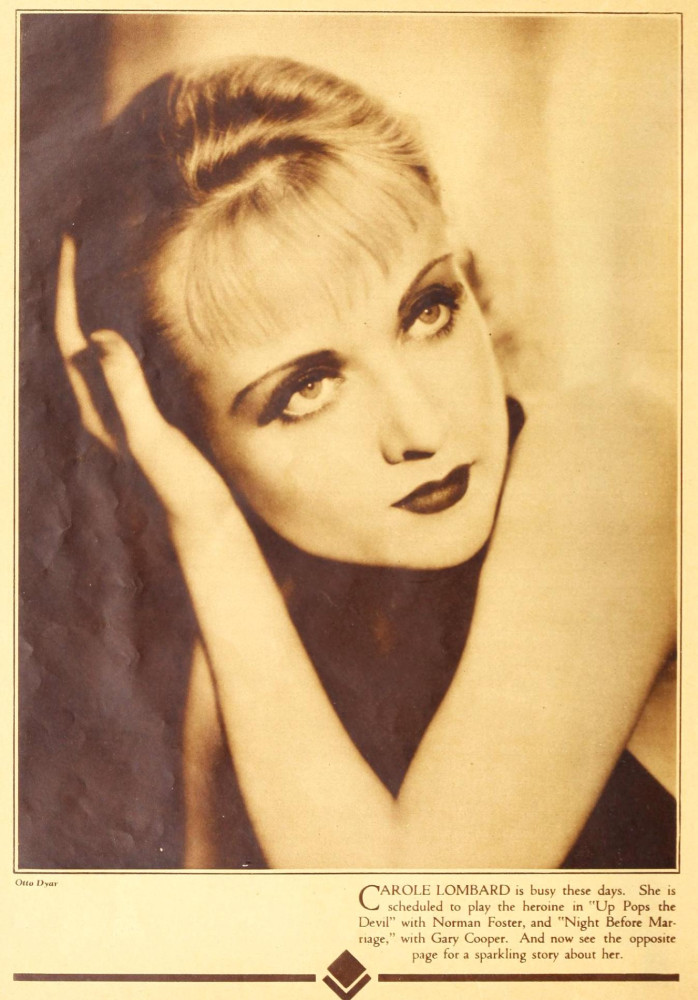 Carole Lombard's presence in Screenland magazine during 1931, now available through the Media History Digital Library (http://mediahistoryproject.org/) can be divided into three parts. Look for her during the first four issues of the year and you'll come up empty -- no real surprise since in late 1930 and the start of '31, when fan magazines were planning stories, there was little to report on regarding Carole. She's barely visible in the November and December issues. But in between...

That portrait above (which includes the previously unknown information that "Night Before Marriage" was the working title for "I Take This Woman") is from the June issue, preceding a story entitled "What About Carole Lombard?" Making five movies in the first half of the year led Lombard to be a hot topic for fan mag readers. And being romantically aligned with William Powell (her leading man in two of those films) certainly didn't hurt. 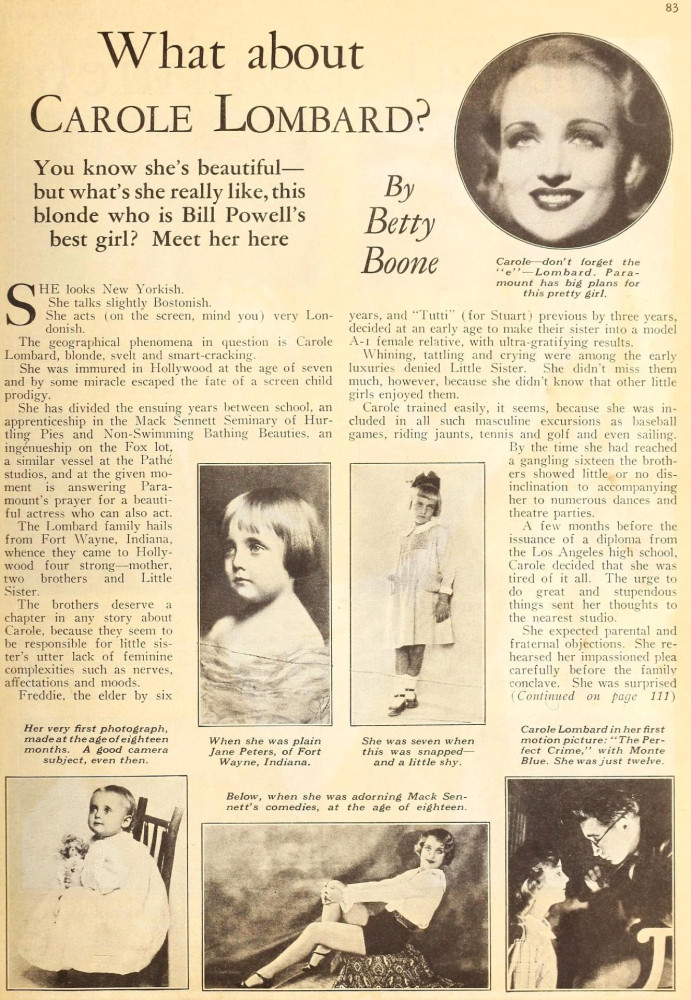 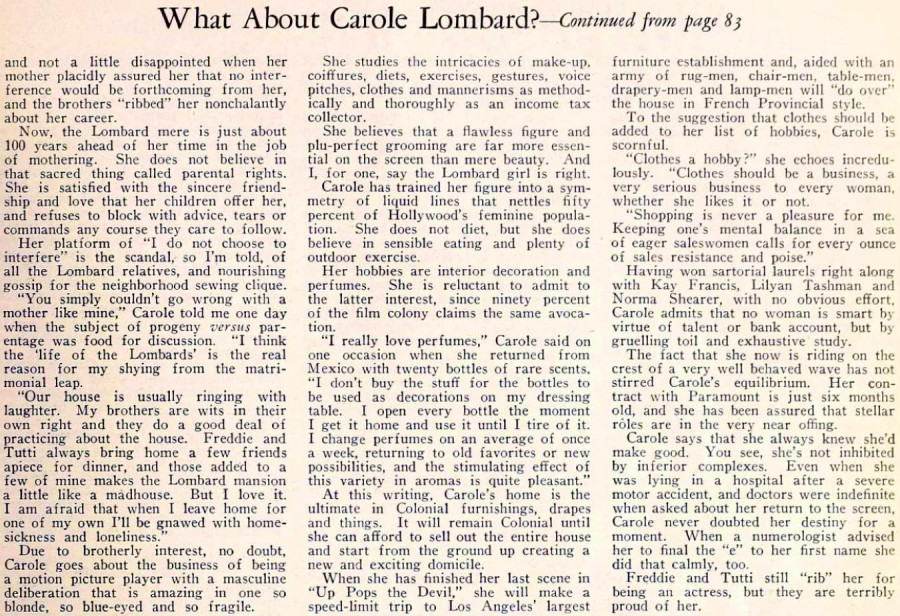 While the family angle is a smart approach, some red flags are raised here. Stuart's nickname was "Tootie," not "Tutti," and something inside me senses Carole would not have referred to the rest of the Peters family as "Lombards." The reference to her home probably means by this time she no longer called her longtime residence on North Wilton Place home...but she hadn't yet married Powell at the time this was written. So just where was her domicile?

Of course, Lombard and Powell tied the knot near the end of June, and "The New Mr. & Mrs." were profiled in the October issue... 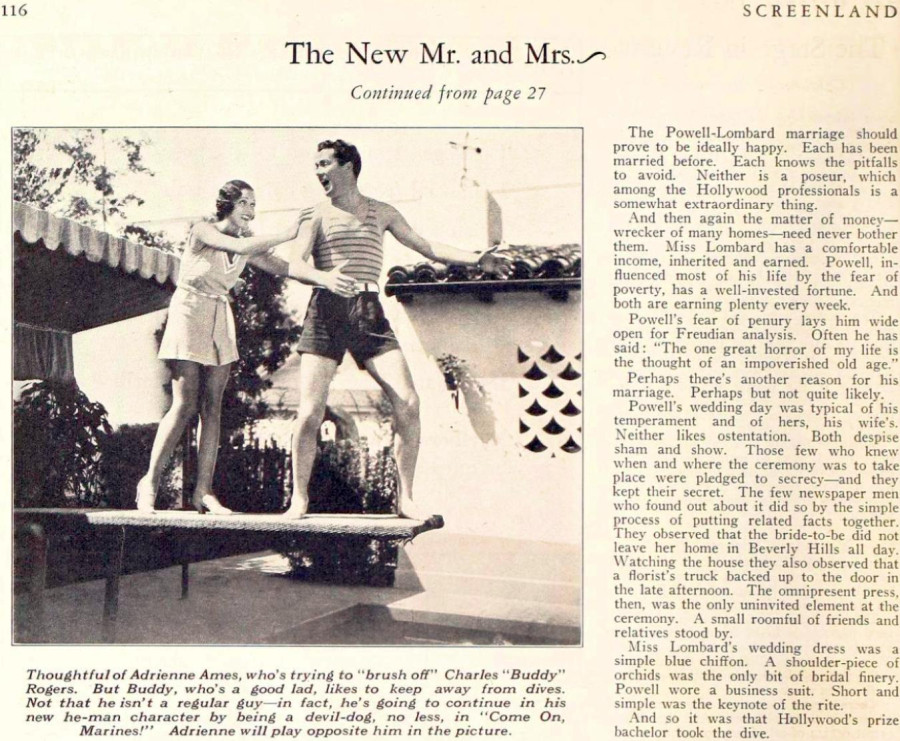 ...one issue after their honeymoon was noted: 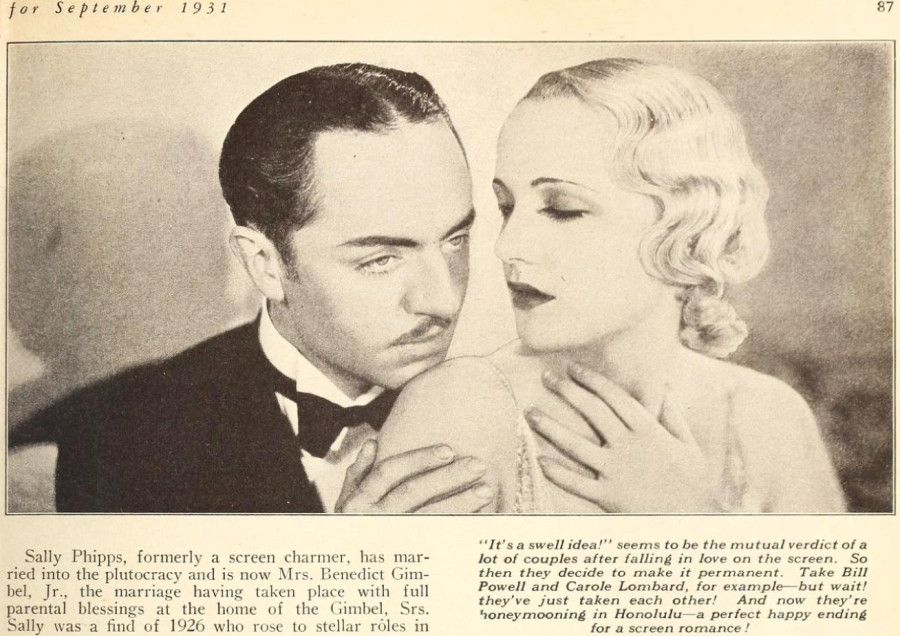 Powell and Lombard were part of a June article entitled "Is Romance Synthetic In Hollywood?", wondering whether actors and actresses performing love scenes on screen lead them to repeat such actions in real life: 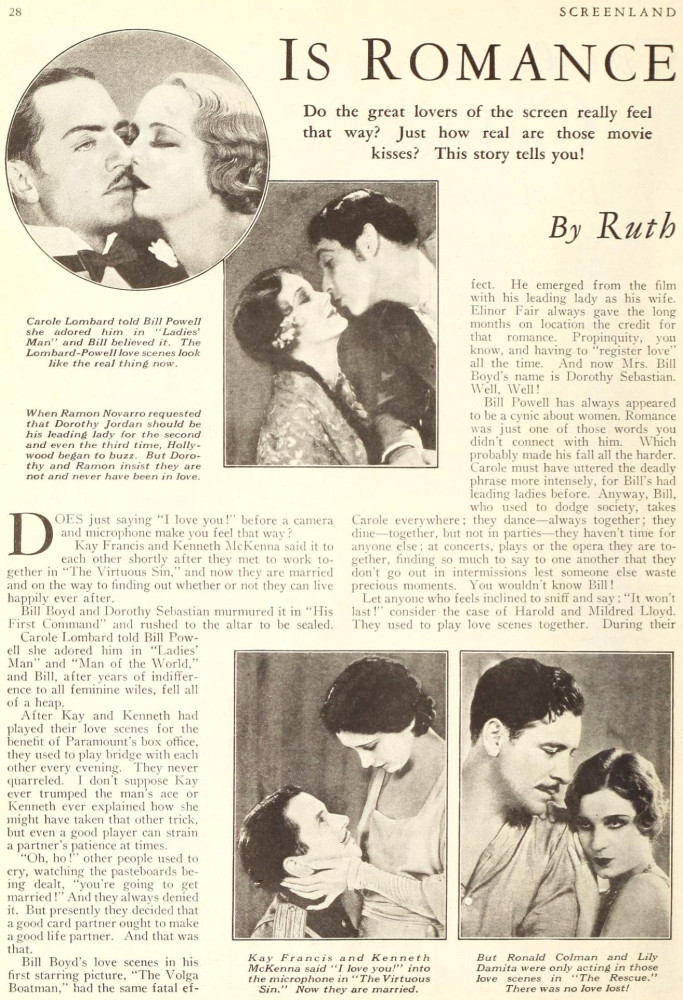 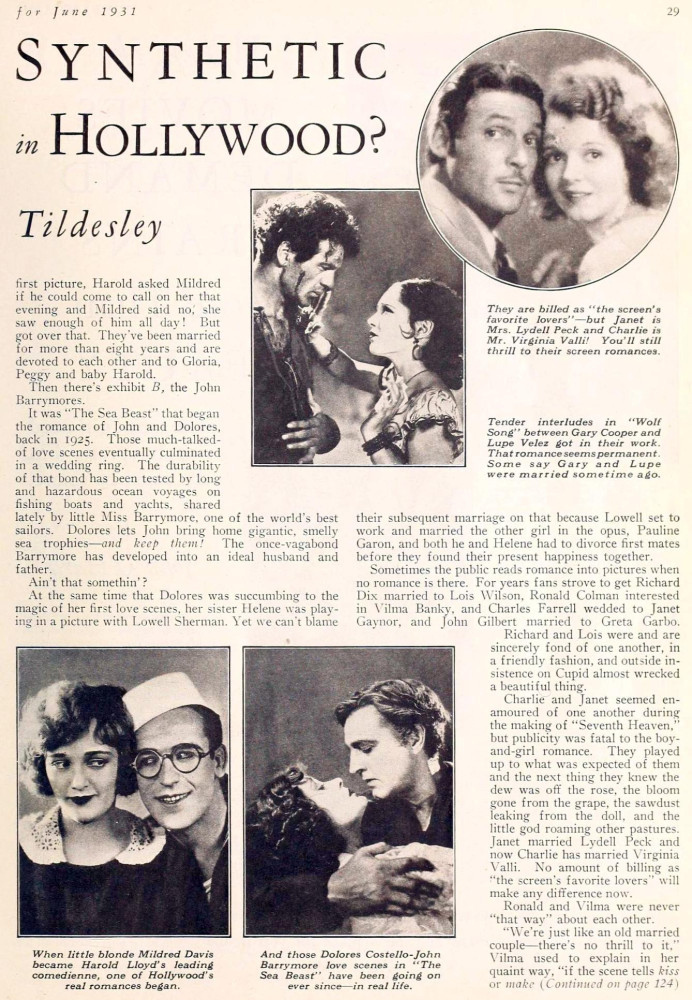 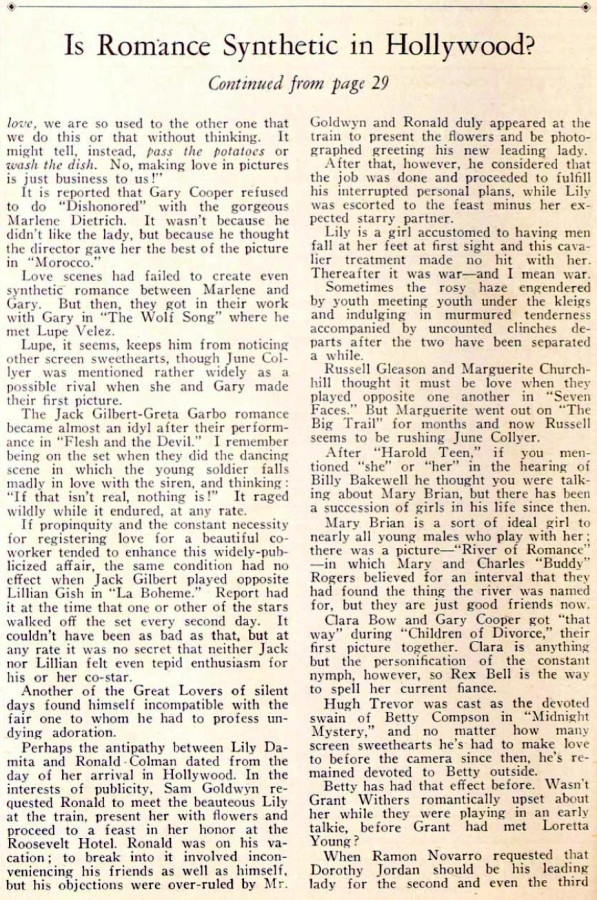 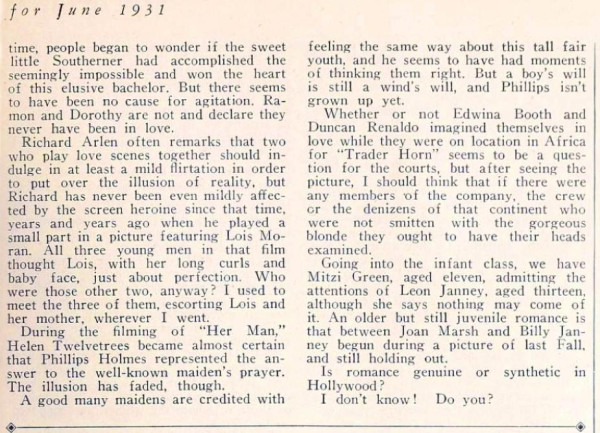 And elsewhere in that June issue Carole, as one might guess, was mentioned (and pictured) in a story called "We Want Blondes!", examining how the demand for fair-haired ladies was dwarfing that for brunettes: 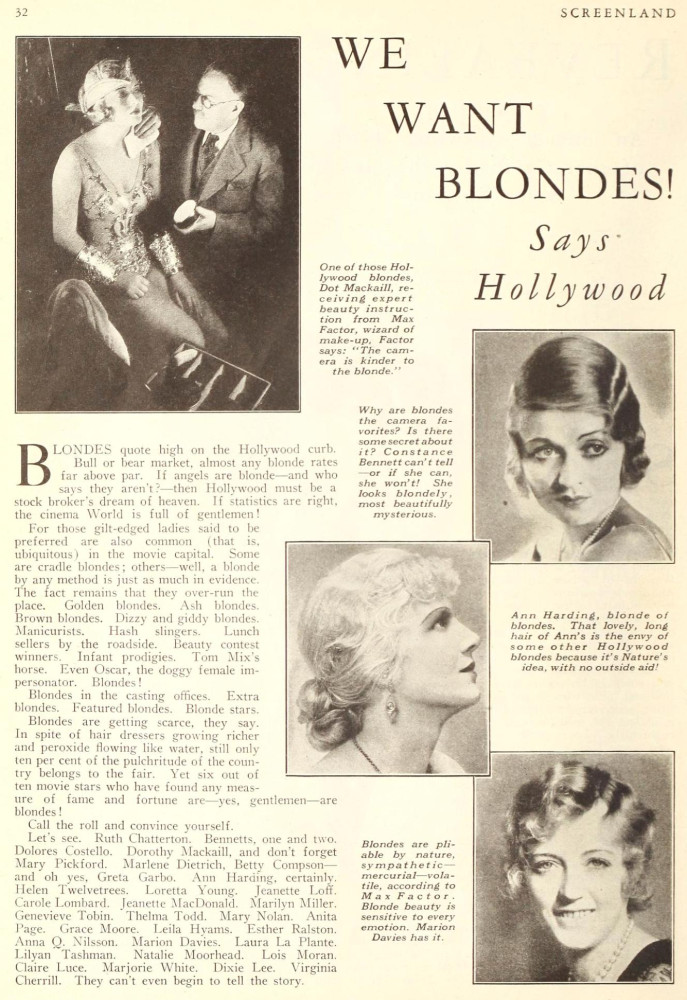 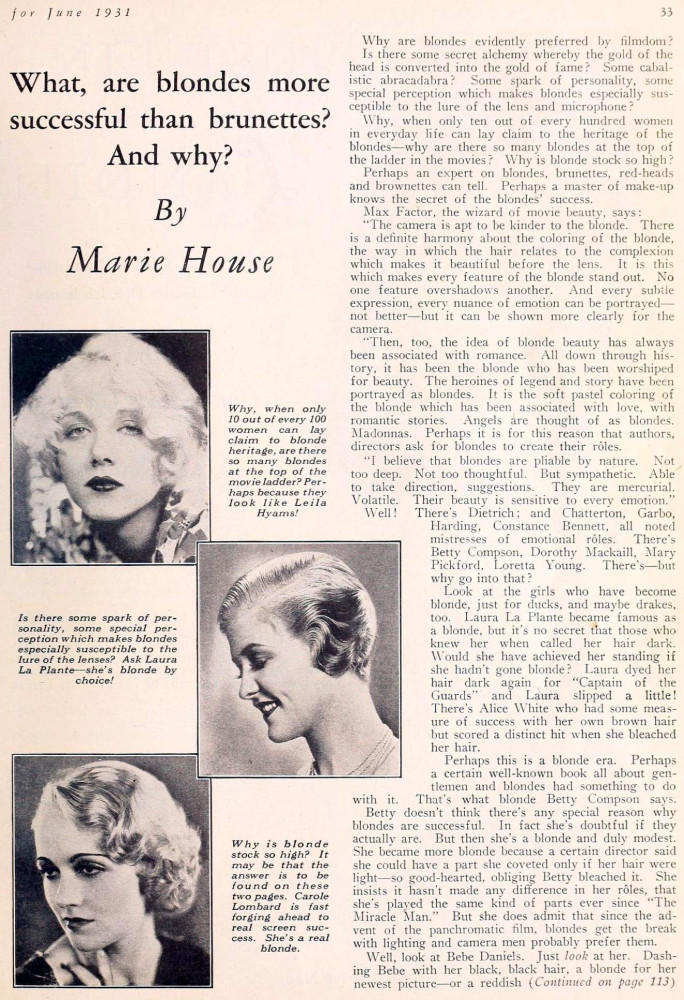 One fascinating sidelight: Loretta Young, whom we rarely think of as a blonde, is cited as one here (and even quoted), but her co-star of later that year (the person for whom the film "Gallagher," referring to Loretta's character, would be changed to "Platinum Blonde"), Jean Harlow, isn't mentioned at all in the story!

Paramount certainly was pushing Carole, as this ad from the July issue makes evident: 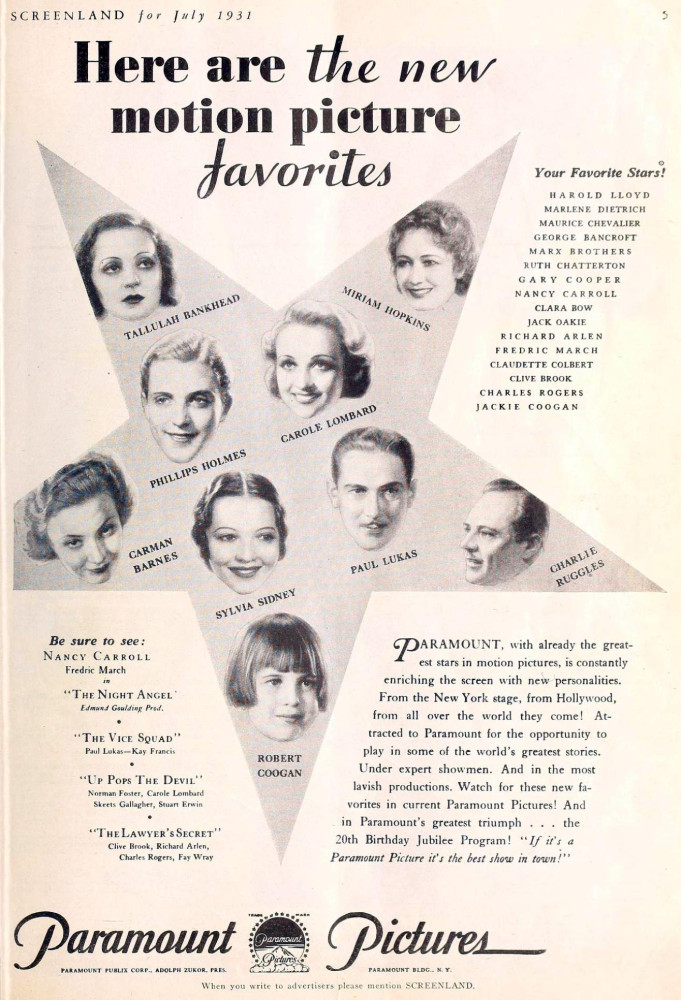 That same issue pictured her alongside Clive Brook, Ruth Chatterton and someone named Carman Barnes, whom I couldn't find a match for in the Internet Movie Database for either "Carman" or the more common "Carmen": 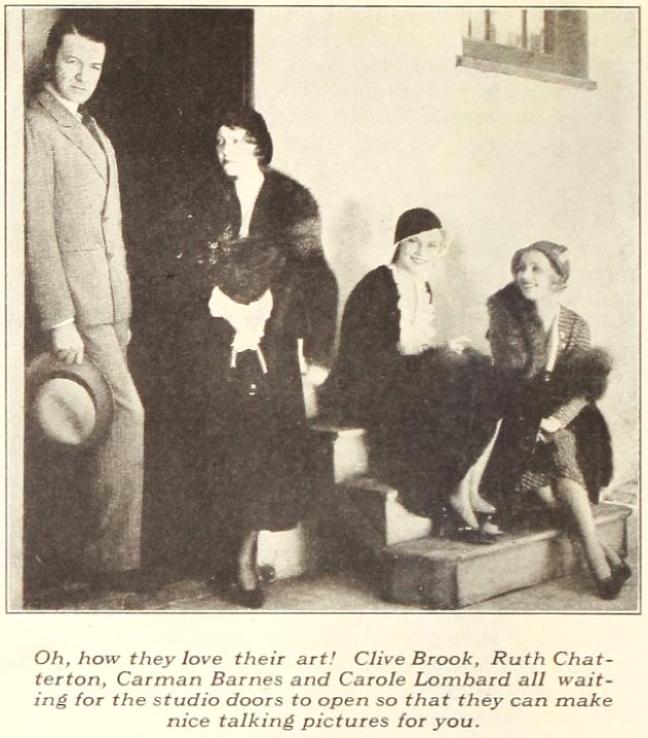 The May issue showed Lombard twice as part of a two-page "Smart Hollywood!" fashion display: 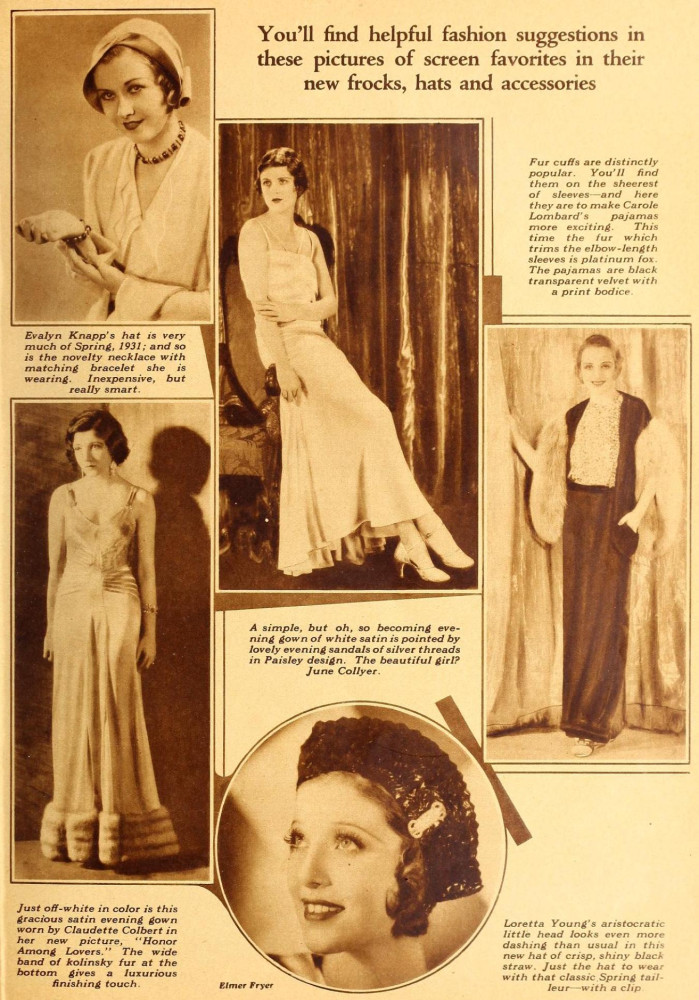 Carole shows her skepticism about "vamping" in the November issue: 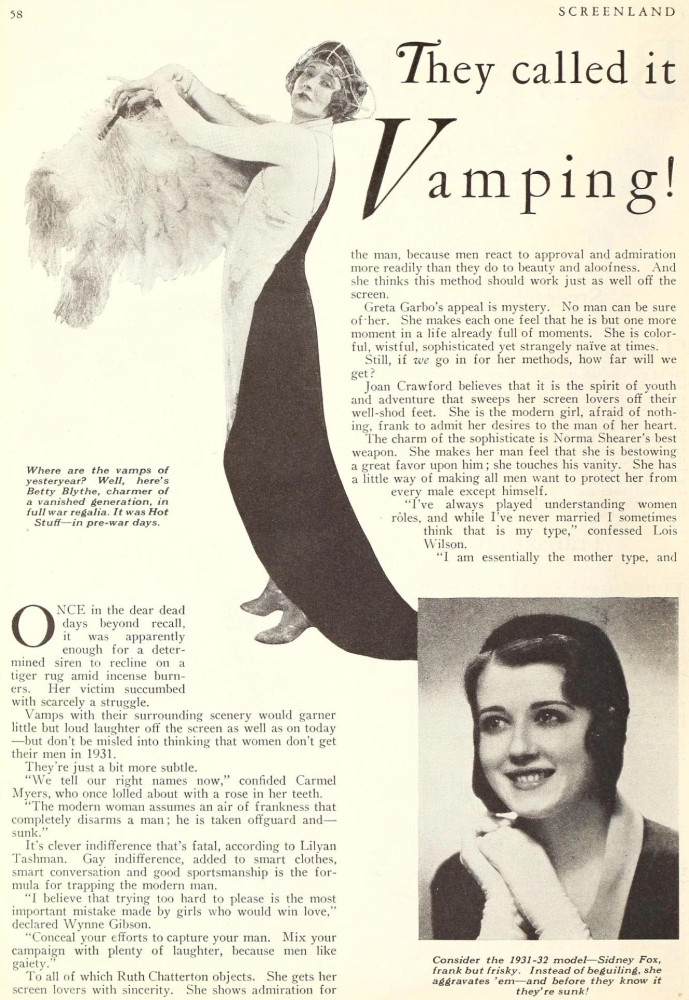 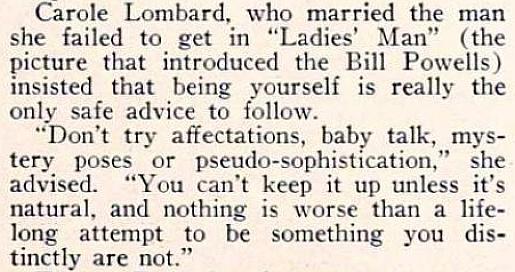 Finally, three images of Carole were in the August issue, one showing her in tennis togs... 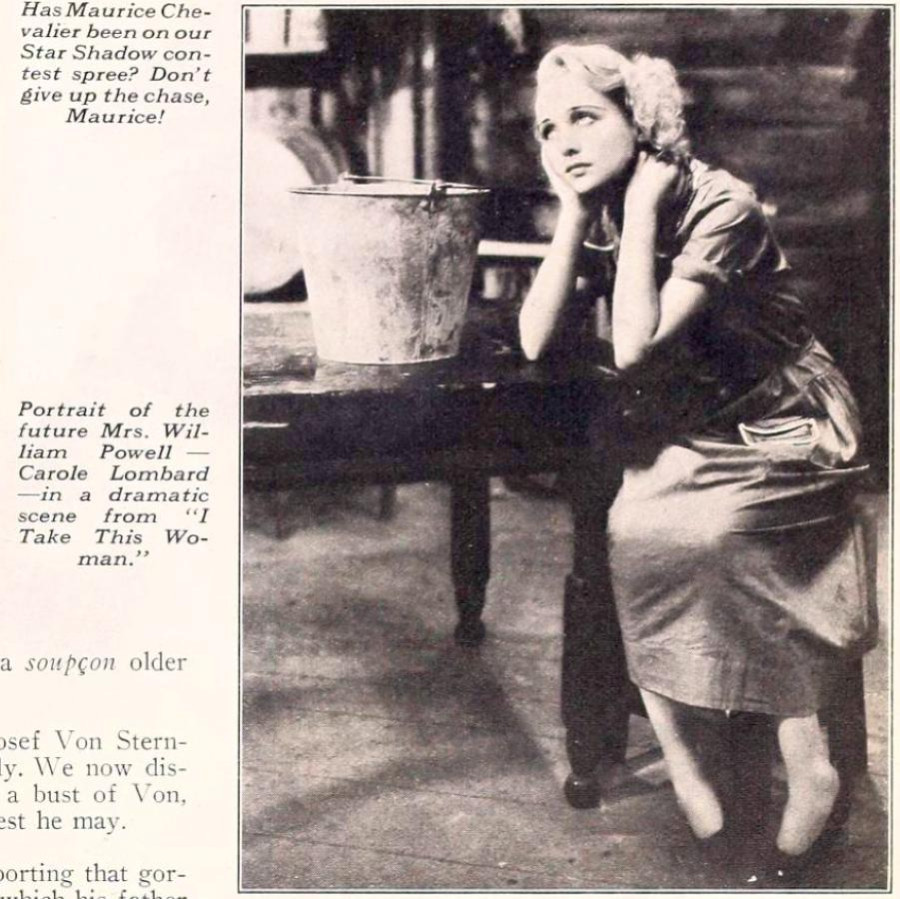