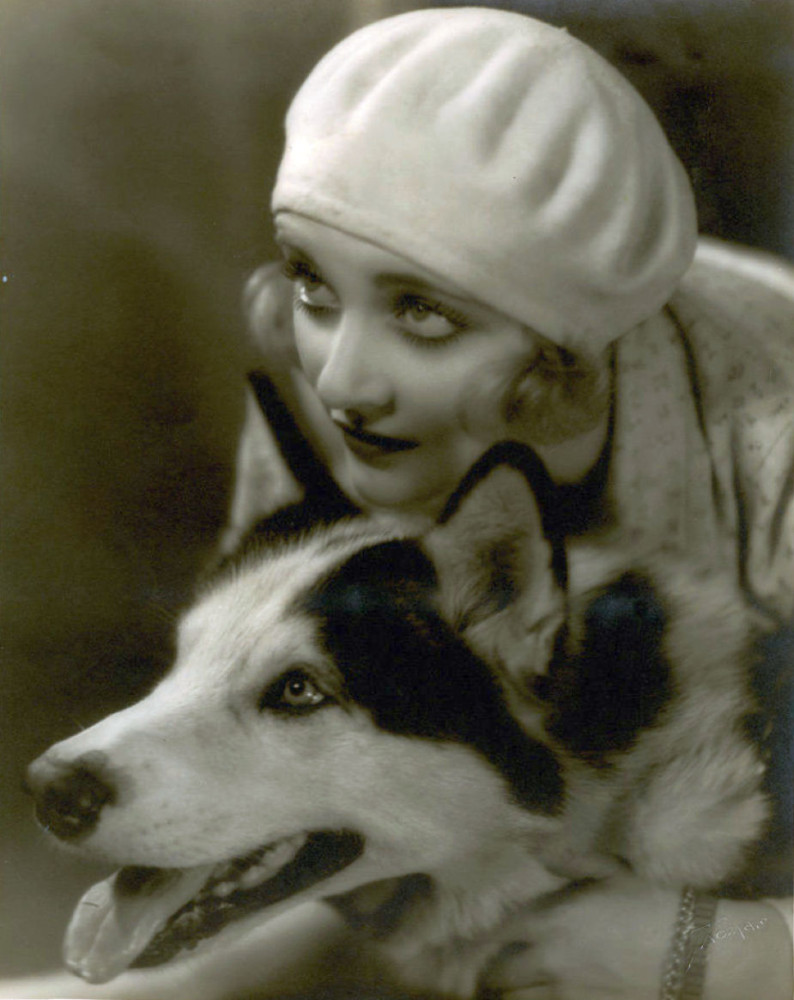 That's because the dog Carole Lombard is posing with (and the reference is to the dog, not Lombard) technically isn't a husky at all, but a Malamute. His name is Basco, something we learn from the snipe on the back:

More information about the photo is on the rest of the reverse: 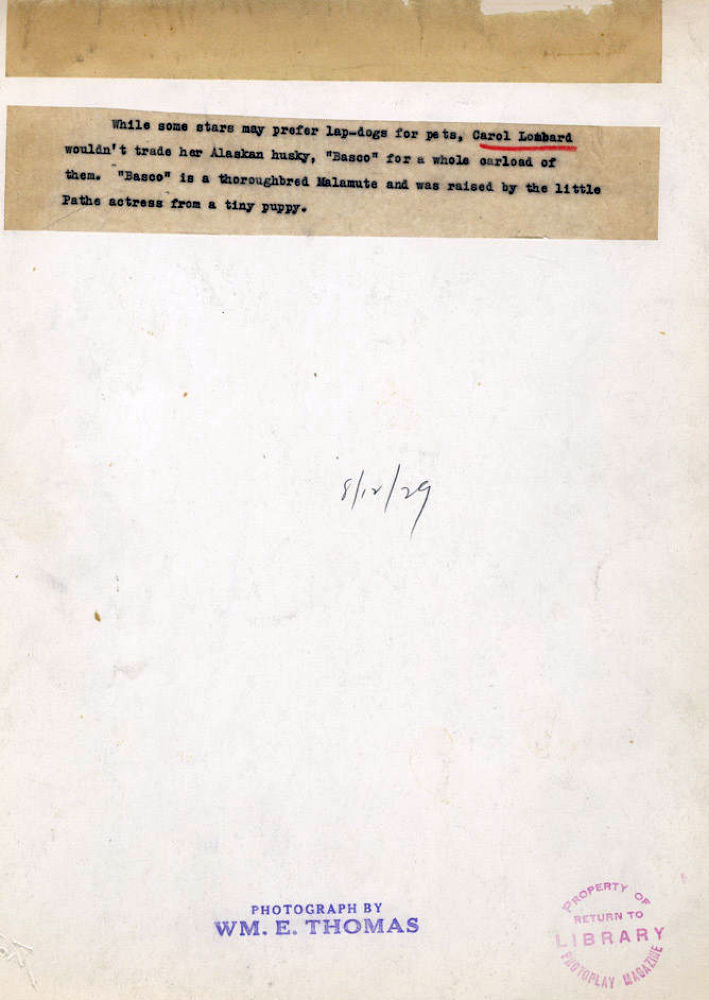 The photo was from the library of Photoplay magazine and was either taken or arrived at the library on Aug. 12, 1929, while Lombard was on Pathe's roster (thus explaining the absence of an "e" in her first name). It's the work of William E. Thomas, the studio's primary photographer in the late 1920s and the first person of note in the industry to photograph Lombard extensively. And just to prove he took it, there's an engraving with his name in the lower right-hand corner: 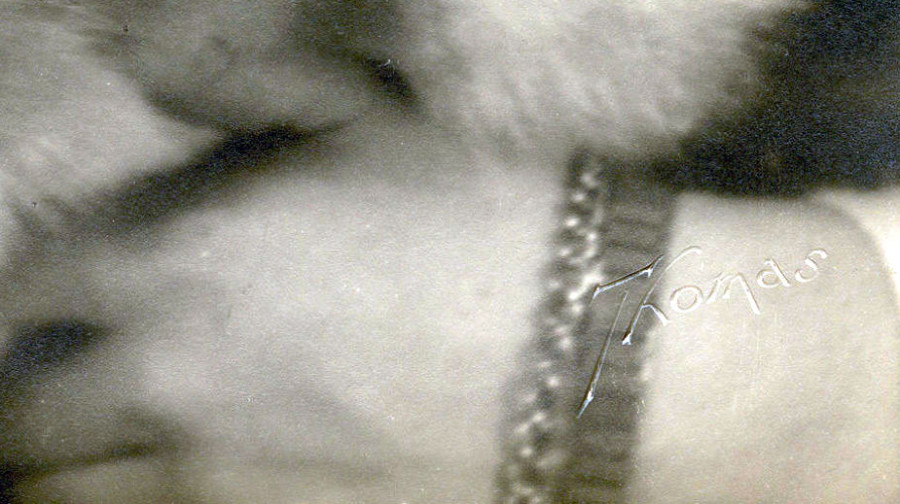 Thomas may well have taken this pic of the pair: 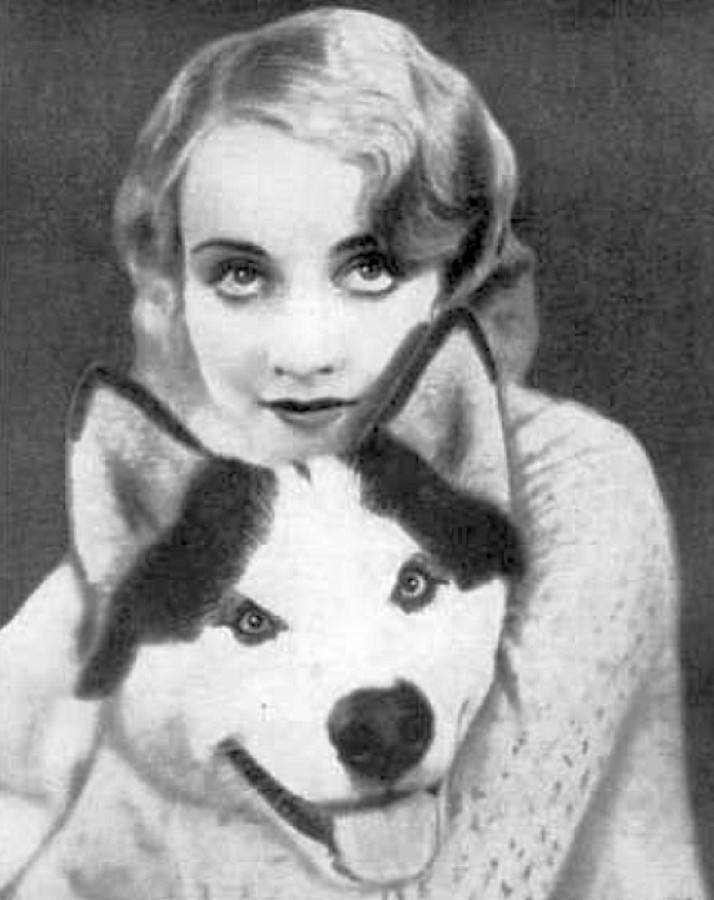 Both photos make it clear that Lombard was a loving owner. Assuming she raised it at home, Basco probably was her pet while she lived with her family at 138 North Wilton Place, her residence for much of the 1920s and into 1930.

We don't know what ultimately happened to Basco, as he isn't seen with Carole post-Pathe. Assuming his health was normal, once Lombard became involved with William Powell, either he objected to taking care of such a large canine ("The Kennel Murder Case" and the Nick Charles films with Asta proved Powell was a dog lover) or Carole believed Basco would be better off staying at North Wilton and chose to let her mother and brothers handle him.

By photo standards, that top image runs with the big dogs -- 10 1/2" x 13 1/2" on sepia toned semigloss double weight paper stock. The seller describes it as "very rare," a statement we'd concur with. Others must feel the same way, since as of this writing, seven bids have been made, topping at $134.77. Since bidding doesn't end until 9:25 p.m. (Eastern) Thursday, expect the winning price to be the equivalent of one of those colossal bags of dry dog food you see in the supermarkets.