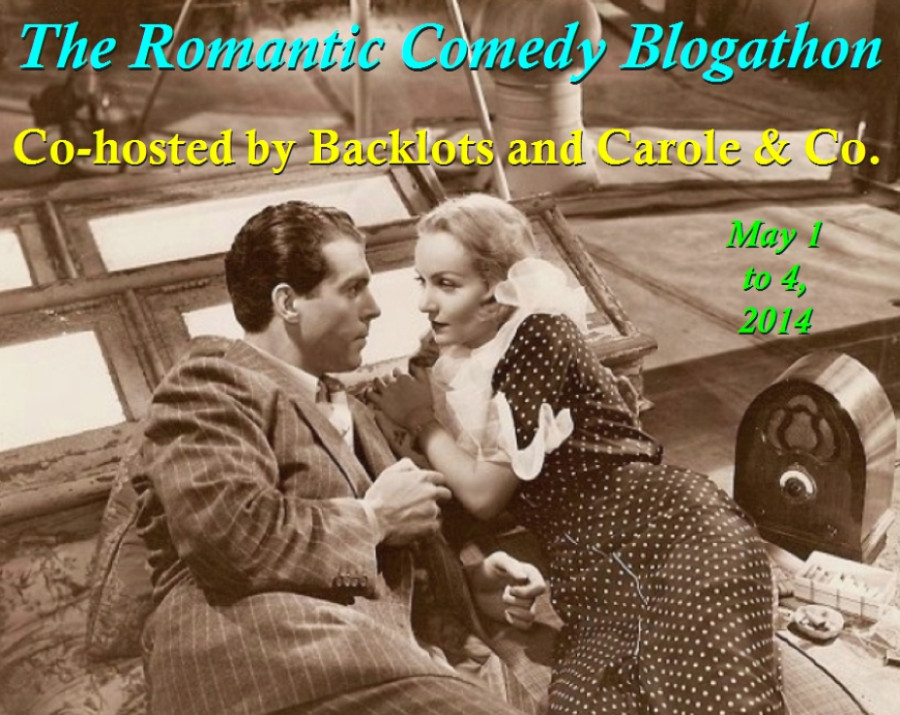 At last, it's here -- the Romantic Comedy Blogathon, co-sponsored by Carole & Co. and Lara Gabrielle Fowler's splendid site, "Backlots." (See Carole Lombard and Fred MacMurray from "Hands Across The Table" above?) It appears we will have several dozen entries participating in this endeavor before it all winds down on Sunday, May 4.

A reminder to all those taking part: Unlike some other blogathons, we don't assign specific dates for entries; as long as you send us something before Sunday night, you're fine with us. Sometimes, things come up -- personal emergencies, last-minute travel plans -- that prevent an entry from being sent on a particular day. (I was to take part in a blogathon not long ago, but the date I was assigned conflicted with my recent Los Angeles trip, and the administrator refused to let me reschedule, so I was a no-show.)

Obviously, my entry is Lombard-related, but it concerns one of her lesser-known films, her last for Columbia... 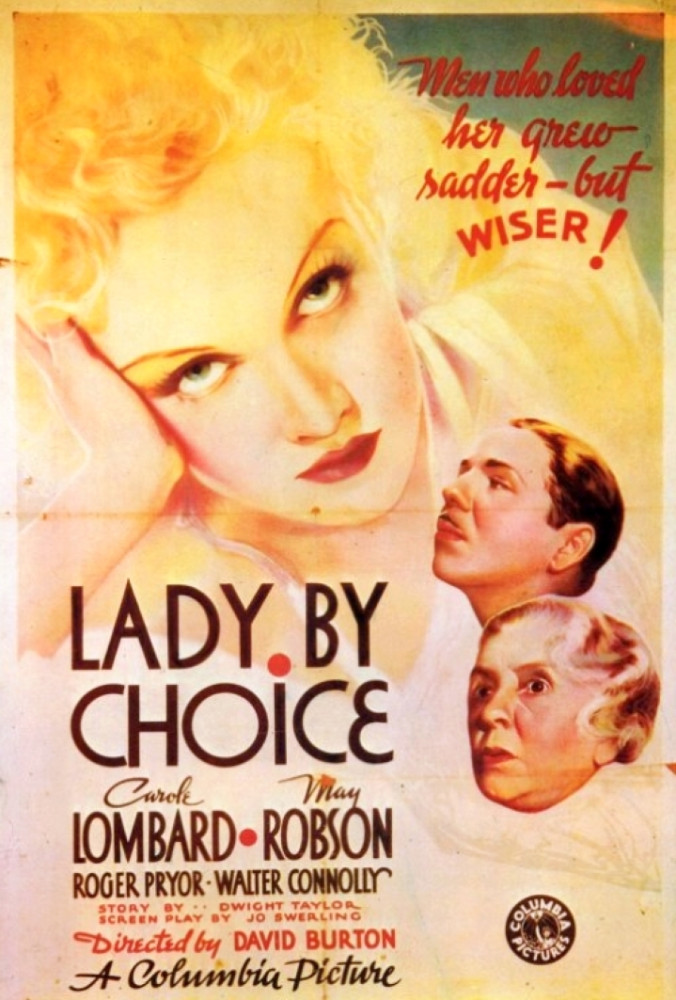 ..."Lady By Choice," released in October 1934. The film's title (it initially was to be called "Orchids And Onions") obviously was meant to evoke Columbia's major hit of the year before, the Frank Capra-directed "Lady For A Day," although they are completely unrelated films. (At least the studio never claimed Capra had anything to do with it -- in 1935, it tried to pass off the Jean Arthur comedy "If You Could Only Cook" as a Capra concoction in Britain, going so far as to put his name on the UK version's credits, until Capra got wind of the tactic and raised a ruckus with Harry Cohn.) The biggest similarity between these "Ladies" is the Damon Runyonesque feel of the storylines and the presence of May Robson, seen below with Lombard and Walter Connolly. 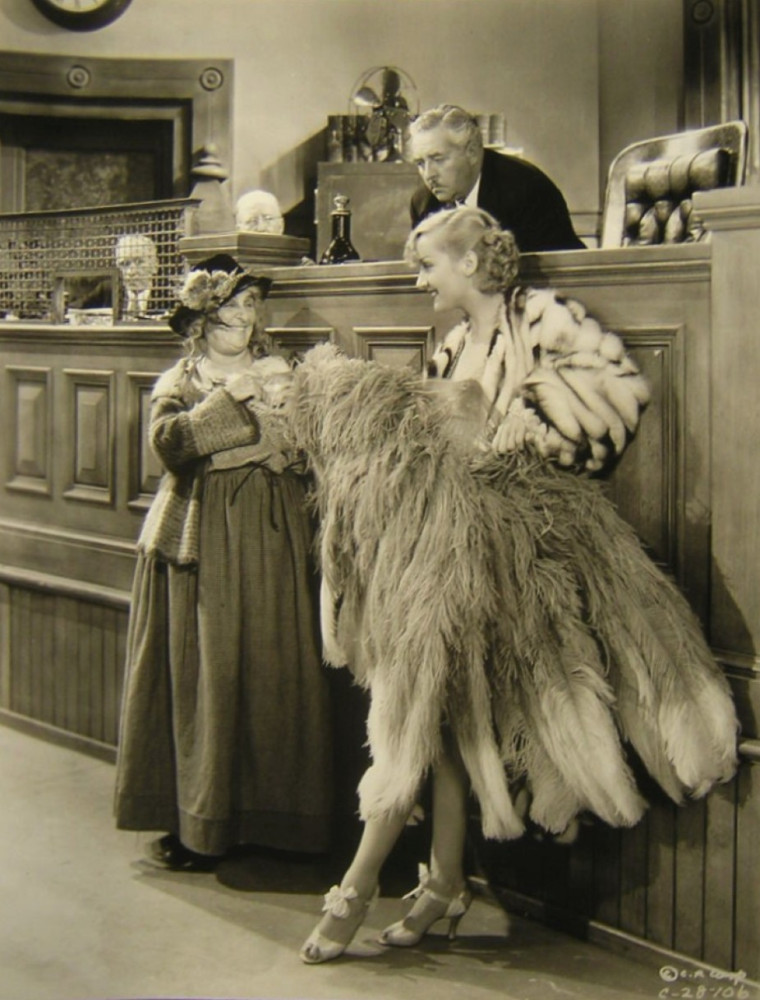 At the start of 1934, Carole was the leading lady in "Bolero," co-starring a fan dancer (Sally Rand, ironically a former WAMPAS Baby Star in silent days, an honor Lombard never achieved because the awarding was canceled by exhibitors in 1930); here, Lombard plays one, Alabam' Lee, sent to face the judge because her show violates a morals charge. Robson's character, Patsy, is a repeat offender for drunken, rowdy behavior (eight times within a year!) and is sentenced to an old ladies' home, a place she detests.

Carole's character, nicknamed the "Human Heat Wave," sees something in Patsy and is persuaded by her publicist to adopt her as her "mother" from the home on Mother's Day as a stunt. 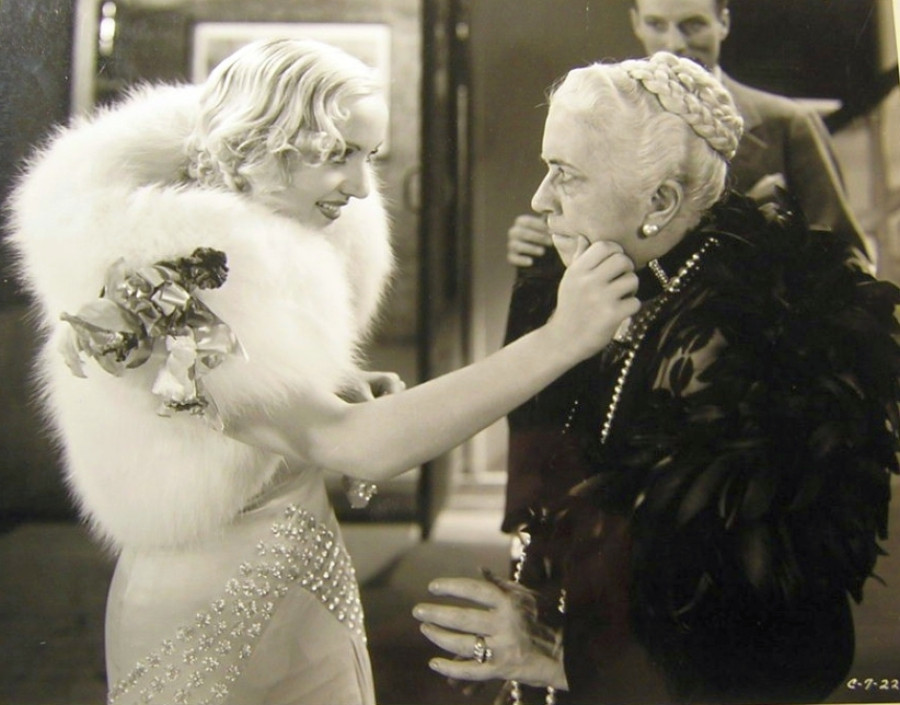 It turns out they get along well after Patsy takes up residence in Alabam's apartment. Each attempts to change the other, though Patsy engages in some clandestine gambling to secretly provide acting and singing lessons for her benefactress. 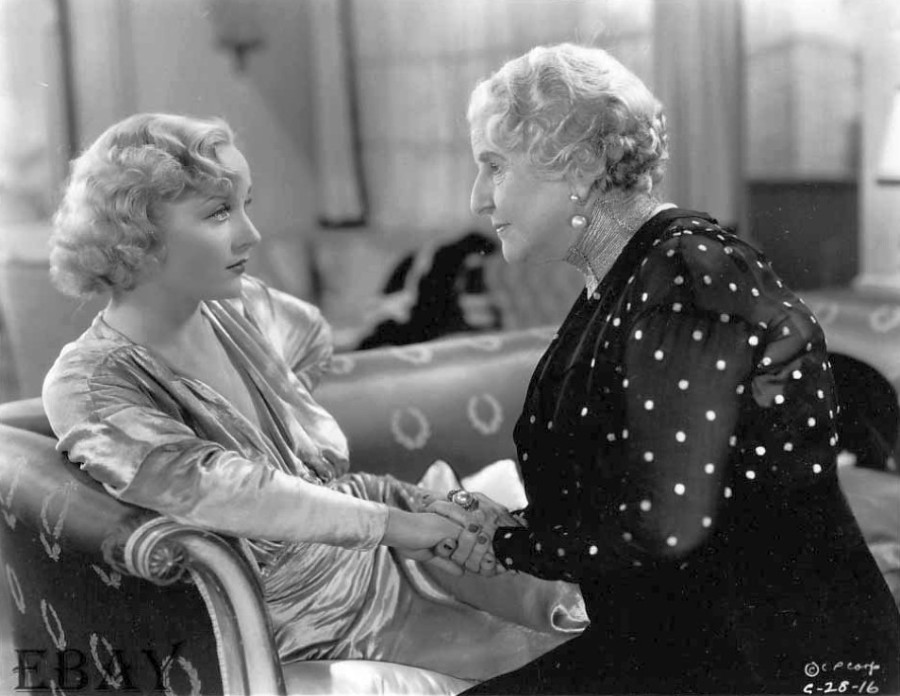 All well and good, you say, but where's the (conventional) romance in this romantic comedy? Don't worry, it's there, though it gets swept under the rug a bit by the Alabam'-Patsy relationship. The male romantic character is portrayed by Roger Pryor as a lawyer who increasingly becomes interested in the fan dancer...which leads to a falling out between the two women. Why? No spoilers here; you'll have to see for yourself.

Pryor isn't a key player in the film until the second half, and to be fair, he makes a minimal impression. Connolly -- a superb character actor who enhances nearly every movie he appears in -- is the movie's dominant male, as his night court judge is someone who takes a genuine interest in those he sentences, including both Alabam' and Patsy. As you might guess, this film has a happy ending, and Connolly plays a major part in it. 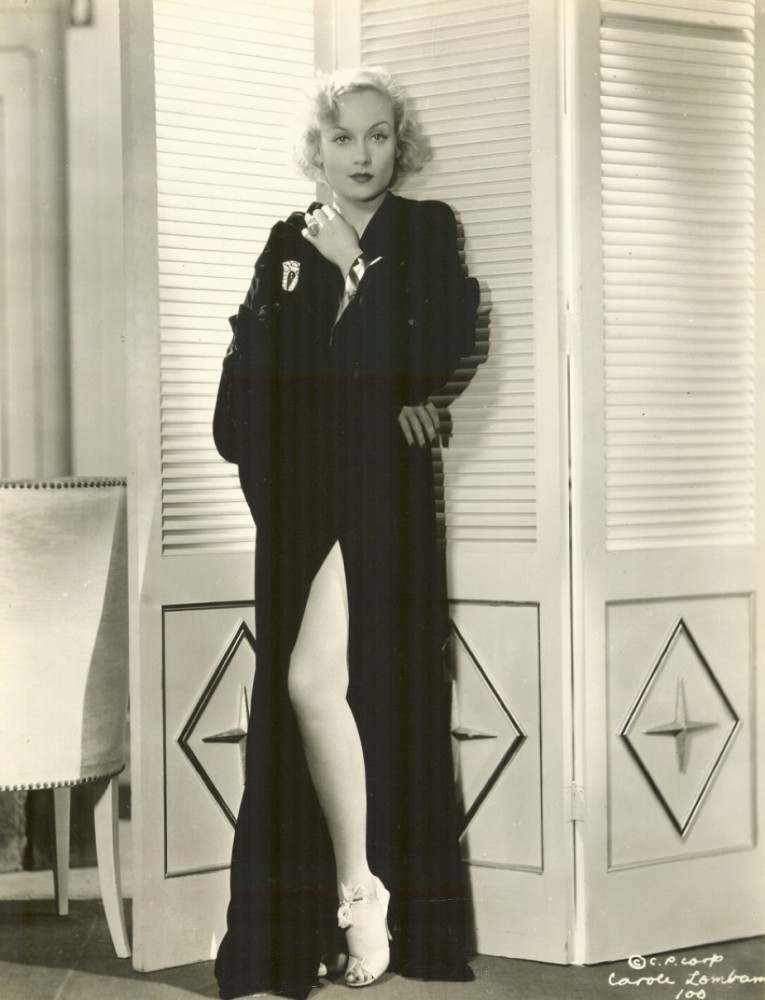 After Carole's breakthrough in her previous film for Columbia, "Twentieth Century," it might appear "Lady By Choice" is somewhat of a disappointment. But here, the stakes for her were nowhere as high as was the case half a year earlier, and Lombard simply deferred to the more dynamic Robson and let her carry the picture. Wise choice, as the colorful Patsy is the heart and soul of the movie.

To sum things up, "Lady By Choice" hardly is prime Lombard, though it has a better comedic feel than "The Gay Bride," released at roughly the same time (no surprise, as Columbia under Cohn always focused more on comedy, whereas MGM emphasized glamourous production values, even on a programmer like "Gay Bride"). Carole wouldn't begin taking hold of a comic vehicle and making it her own for another year, with "Hands Across The Table."

One more question remains with "Lady By Choice": Is the film we're seeing precisely what audiences saw in late 1934? The running time is said to be 76 minutes, but it's been reported that prints of the time ran for as long as 87 minutes. The Sept. 29, 1934 Motion Picture Daily review below lists it at 85: 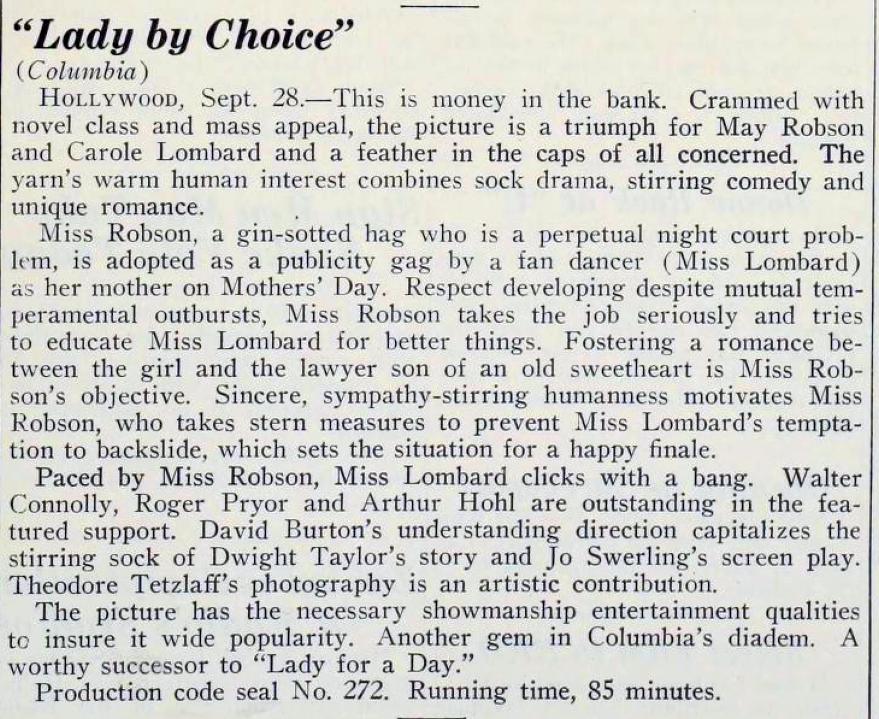 What's missing, if anything? One is tempted to guess one of Alabam's fan dances (aside from a brief glimpse, we never see her perform), but this film came out several months after the Production Code had been strictly enforced. Unless an early preview version was shown to audiences before July 2, the day the Code took full effect, a Lombard fan dance wouldn't have been included.