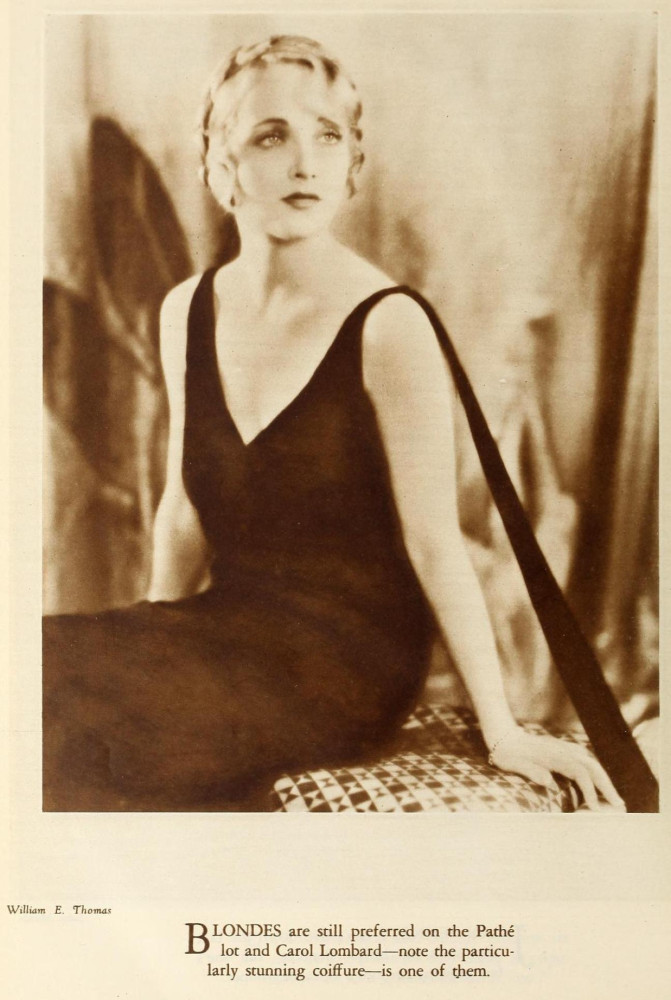 We noted the other day that the fan magazine Screenland has been added to the online collection of the Media History Digital Library (http://mediahistoryproject.org/). We examined Carole Lombard's presence in the magazine's issues of the 1920s; this time, we'll see how Screenland portrayed her during 1930, beginning with the portrait above from the January issue.

"Blondes are still preferred on the Pathe lot," read the caption, "and Carol Lombard -- note the particularly stunning coiffure -- is one of them." This probably was designed in November and hit newsstands in early December...by which time Pathe's preferred blonde may have been the newly-signed Constance Bennett, with Lombard and her pal Diane Ellis as ex-employees.

Also in that issue was an interview with someone Carol (she wouldn't officially restore the "e" in her first name until late in 1930) knew quite well -- fitness and nutrition guru Sylvia (last name Ulbeck), who helped keep the stars in shape. 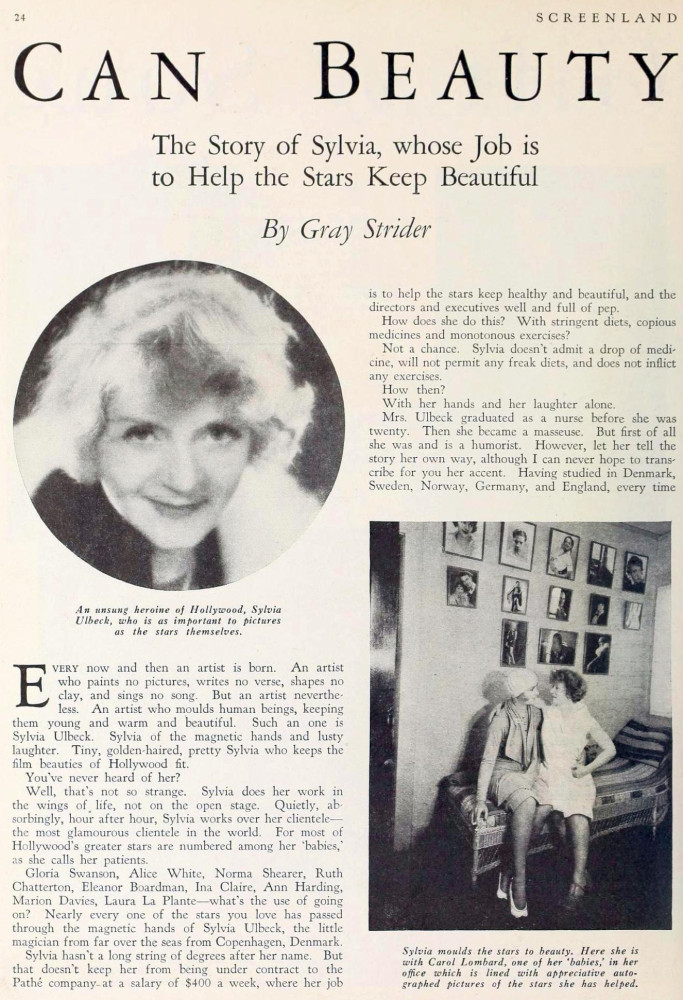 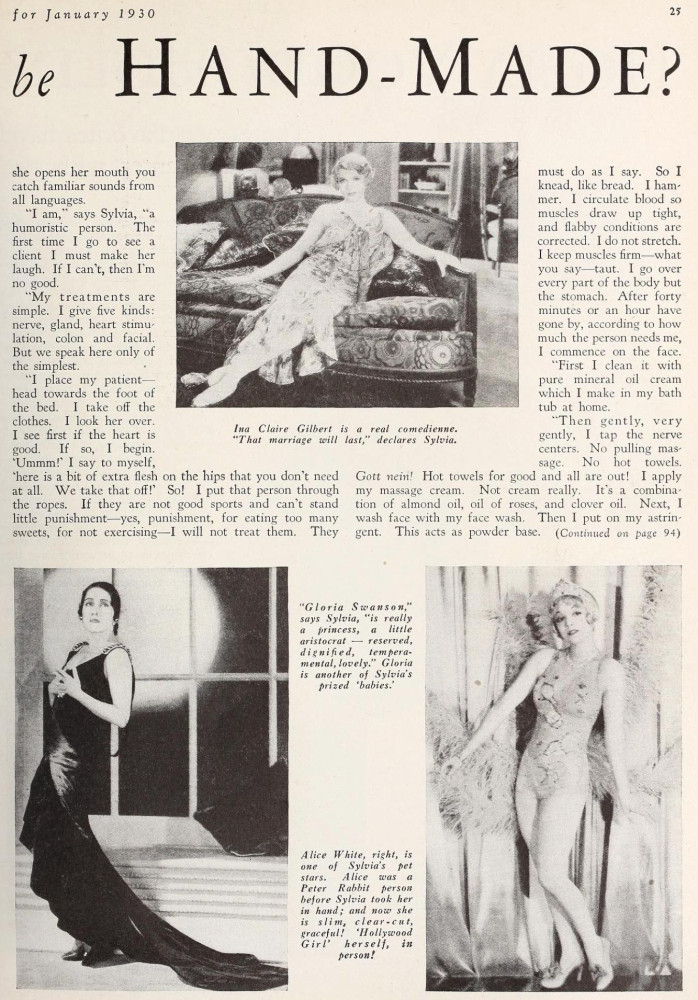 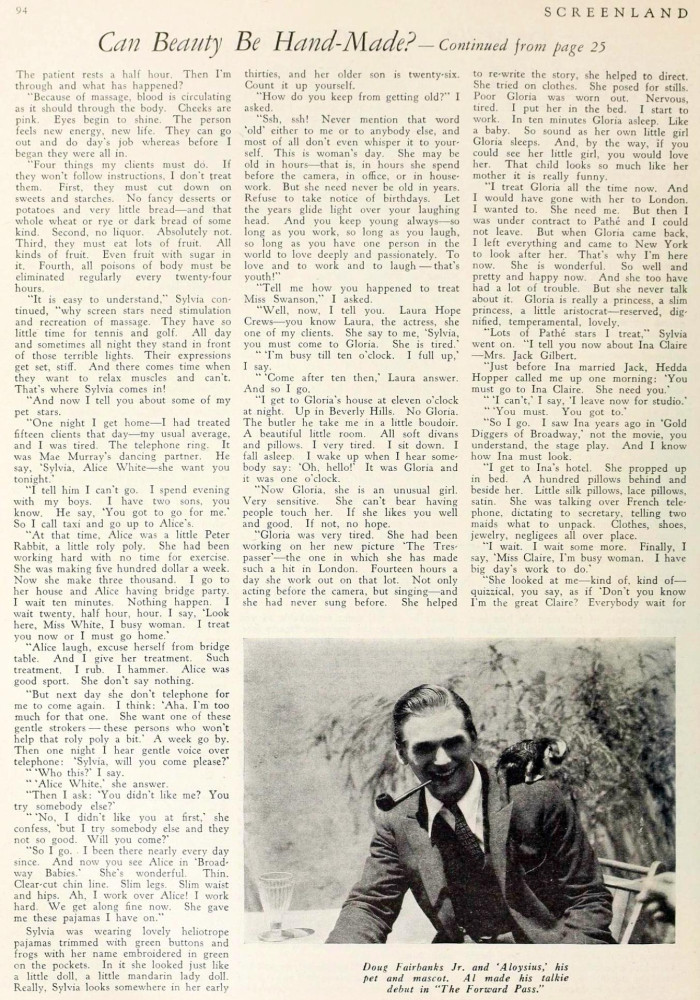 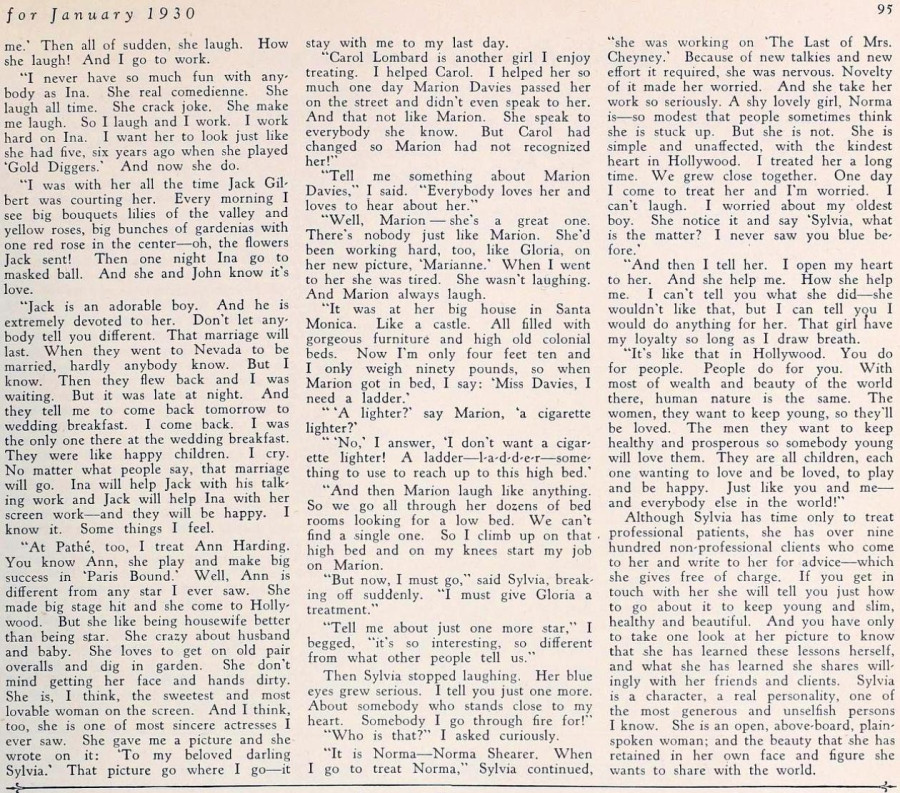 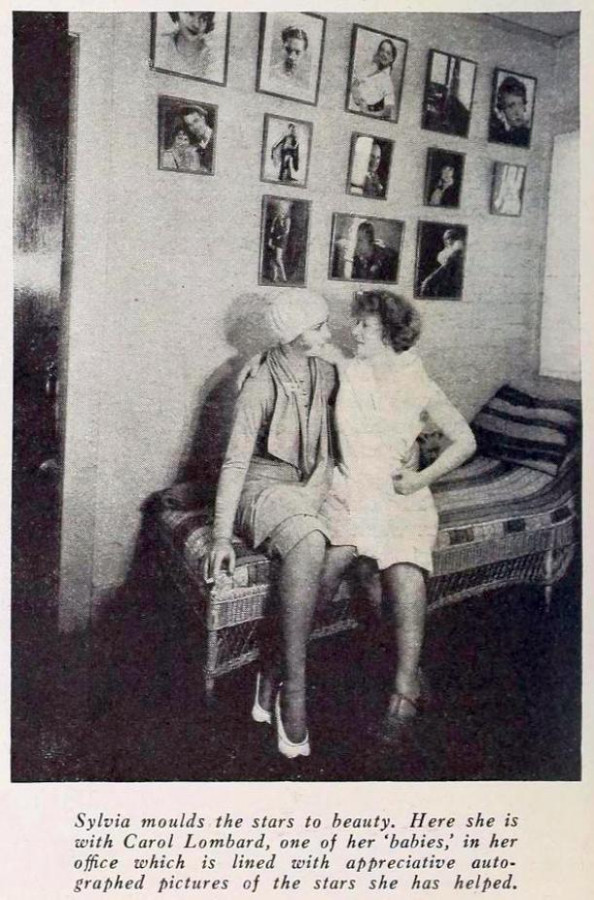 A charming story, with some insight into several of her more notable subjects. Here's what Sylvia had to say about Lombard and Marion Davies: 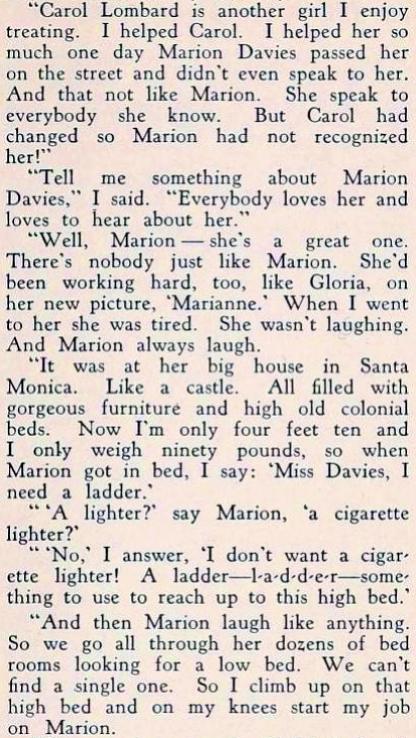 In the article, Sylvia says she's only 4-foot-10, which would mean if this measure of Lombard elsewhere in the issue was accurate (and it probably isn't -- Carole almost certainly wasn't 5-foot-6), the trainer nearly was a head shorter than her: 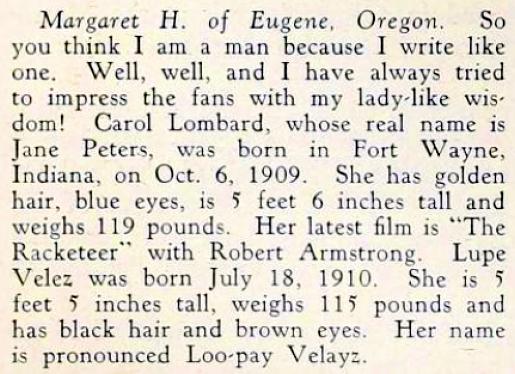 A year was shaven off Lombard's actual age, as per custom at the time.

The other story of note ran in the July issue, and is one of the few detailed descriptions of one of Lombard's least-viewed films: 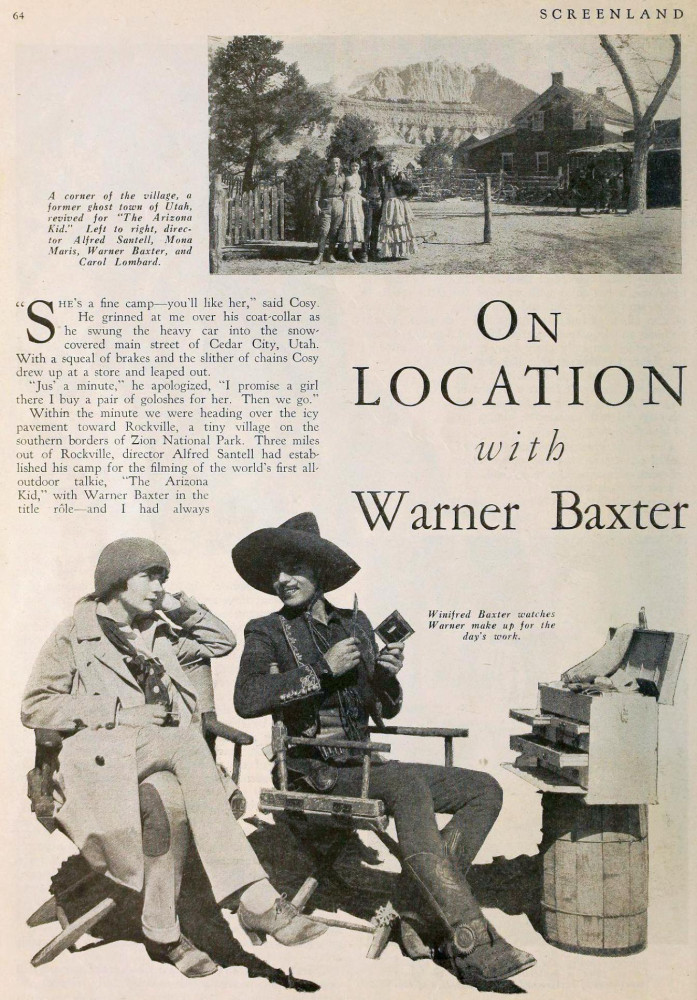 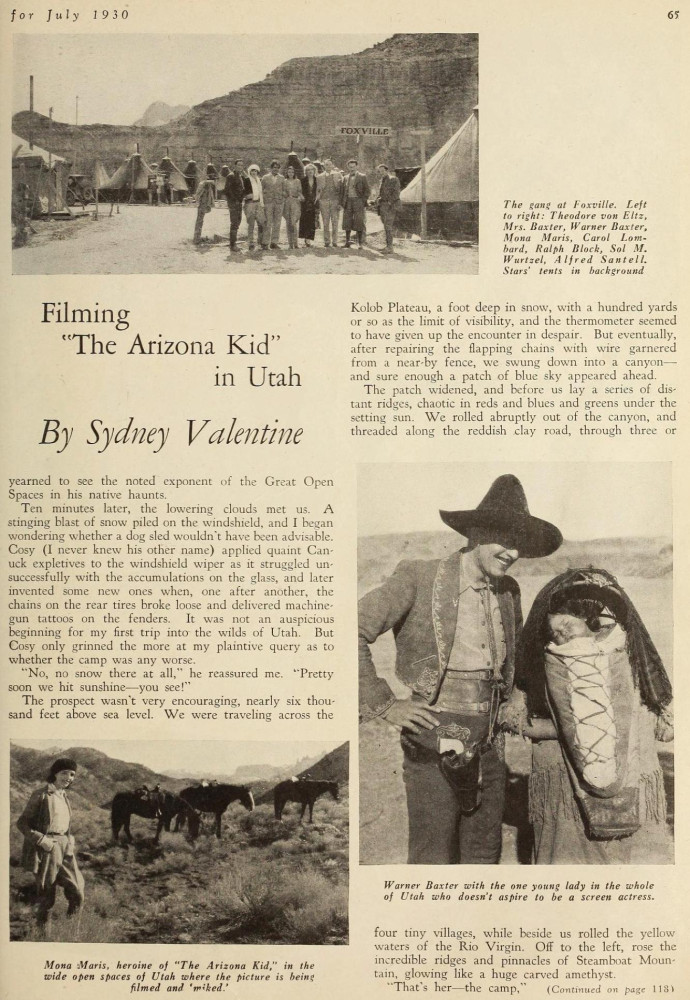 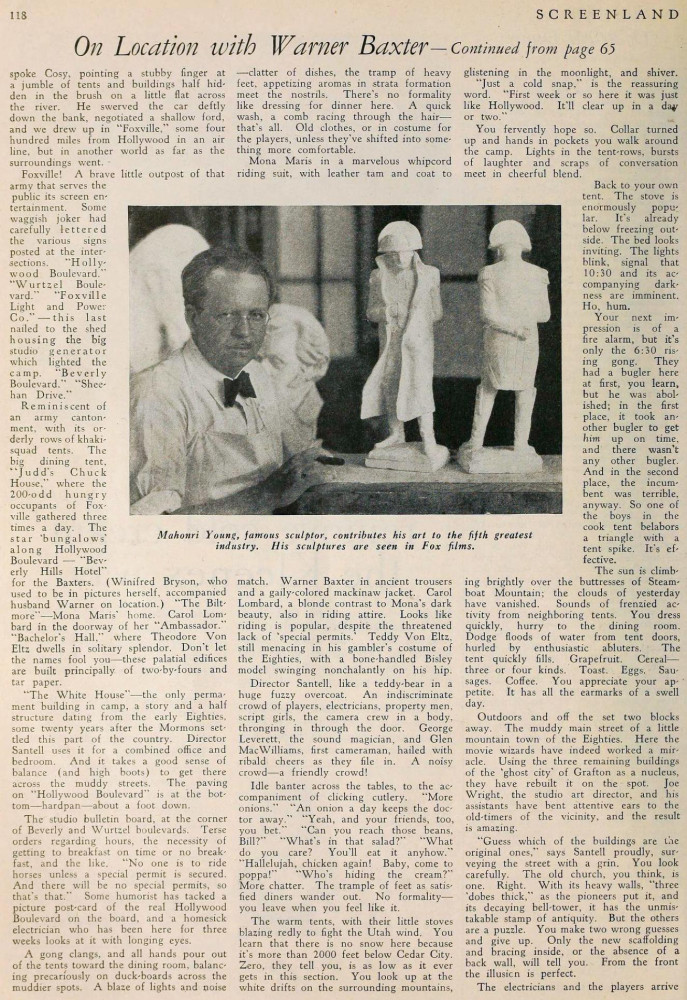 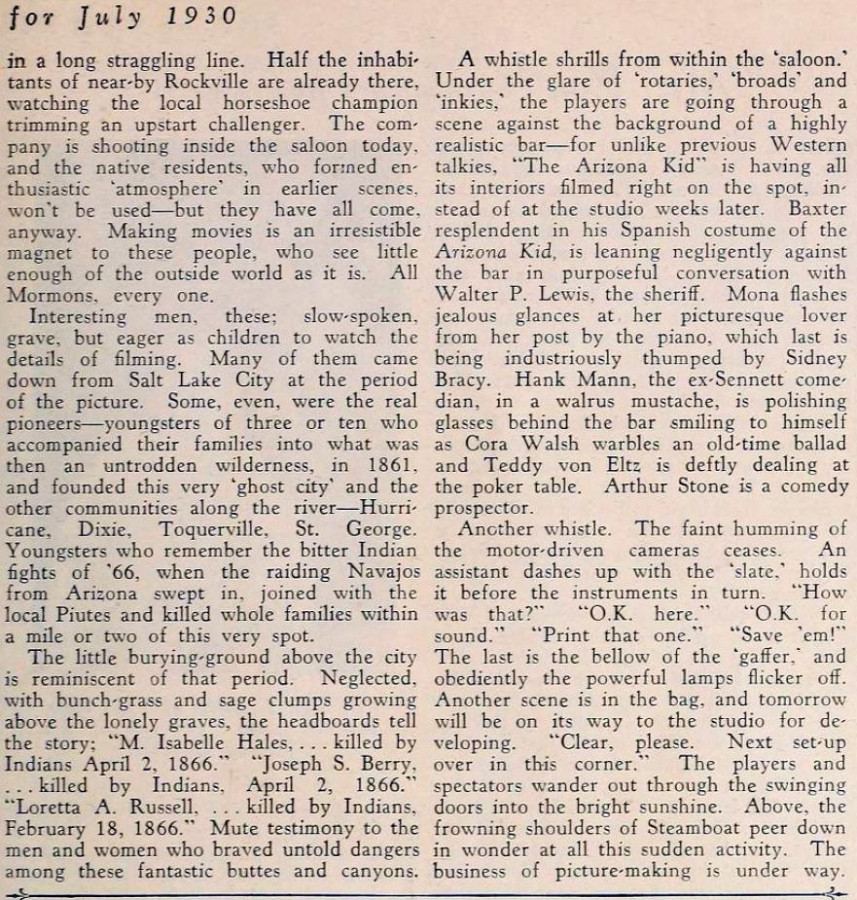 This journey to Utah would have at least been Lombard's second experience with location shooting (the first probably was when she went to the Sierra Nevada range for "High Voltage" the year before).

So how did it turn out? According to a review in Screenland in August, meh (or its 1930 equivalent): 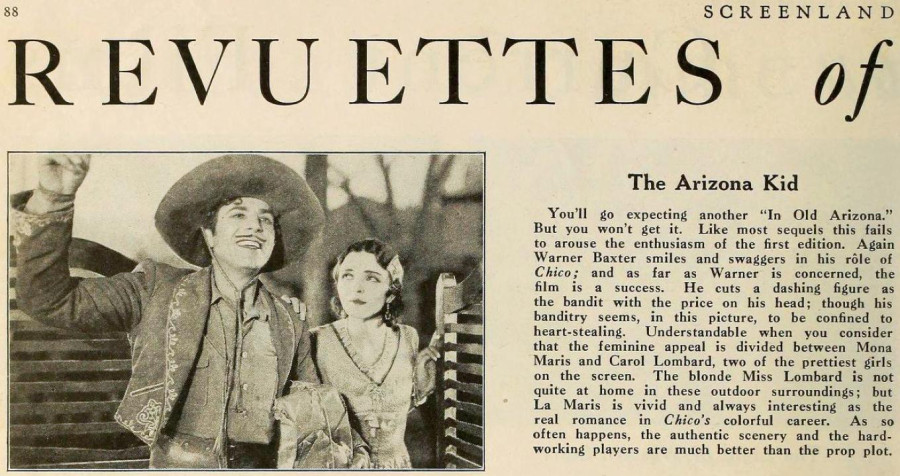 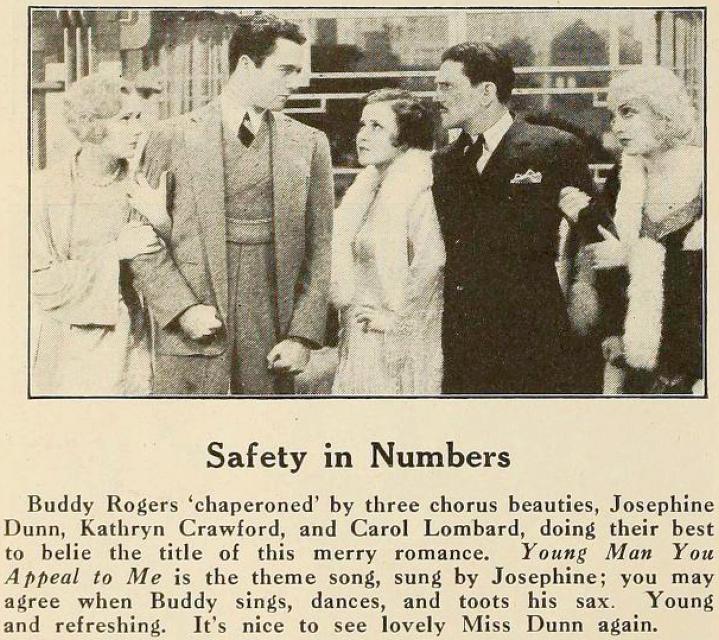 ...after Paramount had advertised the film in June: 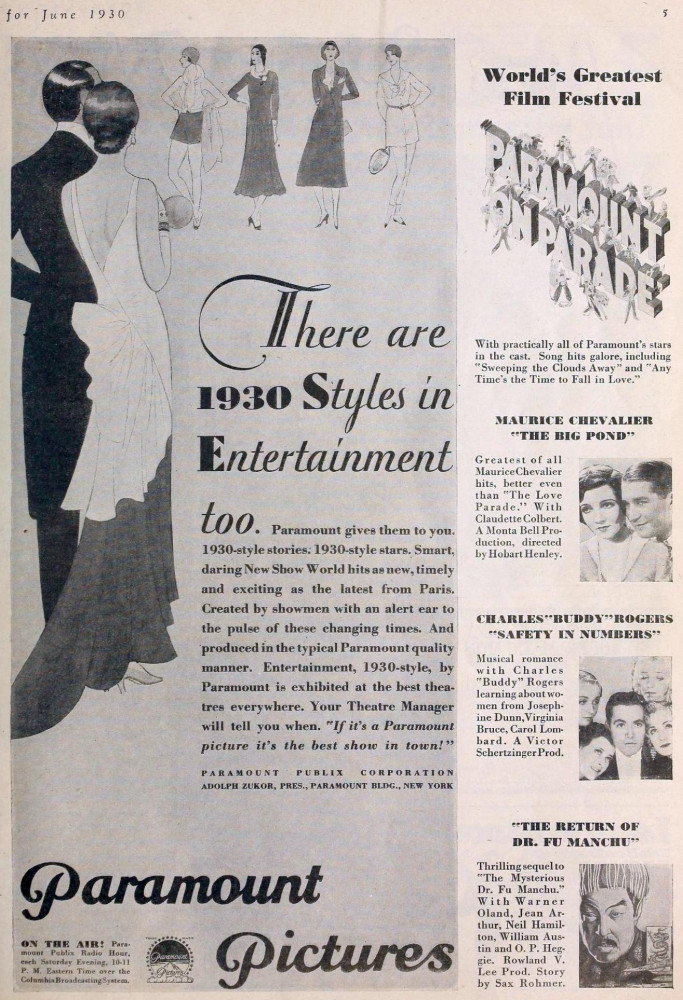 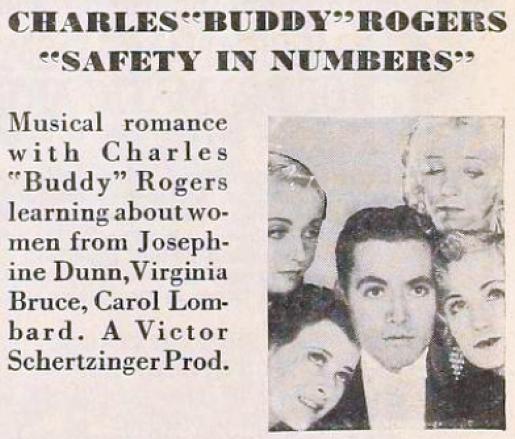 Before we leave, an interesting bonus from the August issue -- one of the first stories about Ginger Rogers in any fan magazine. And look who wrote it! 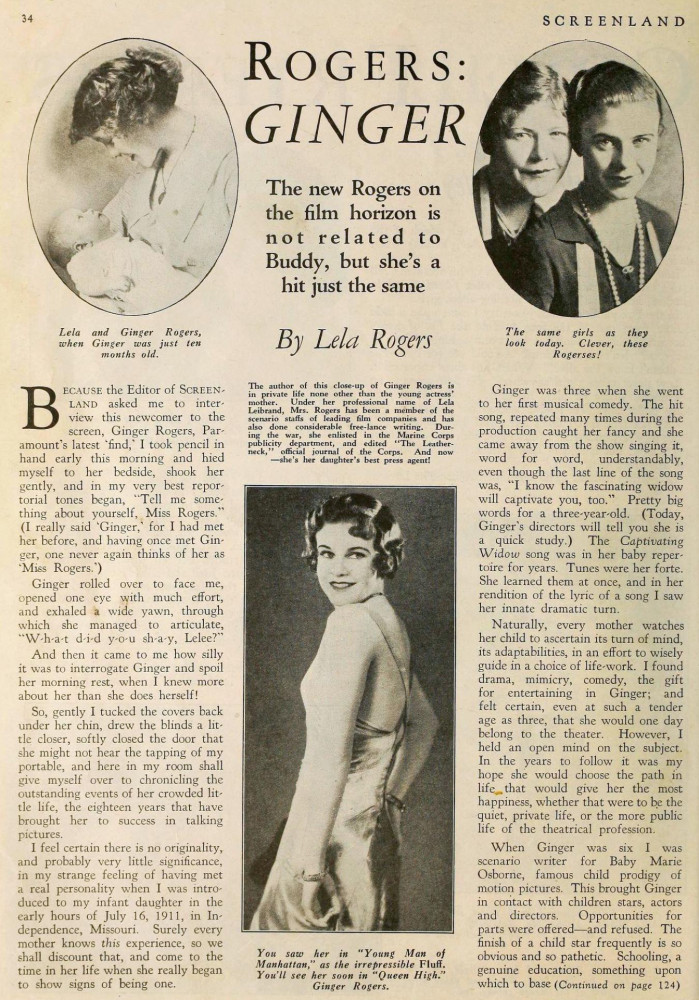 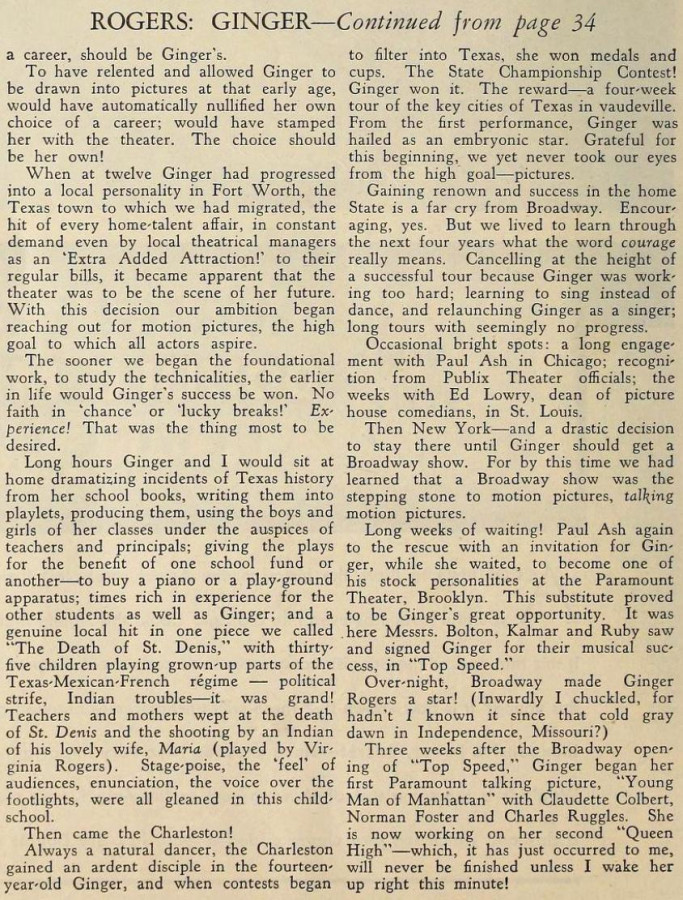