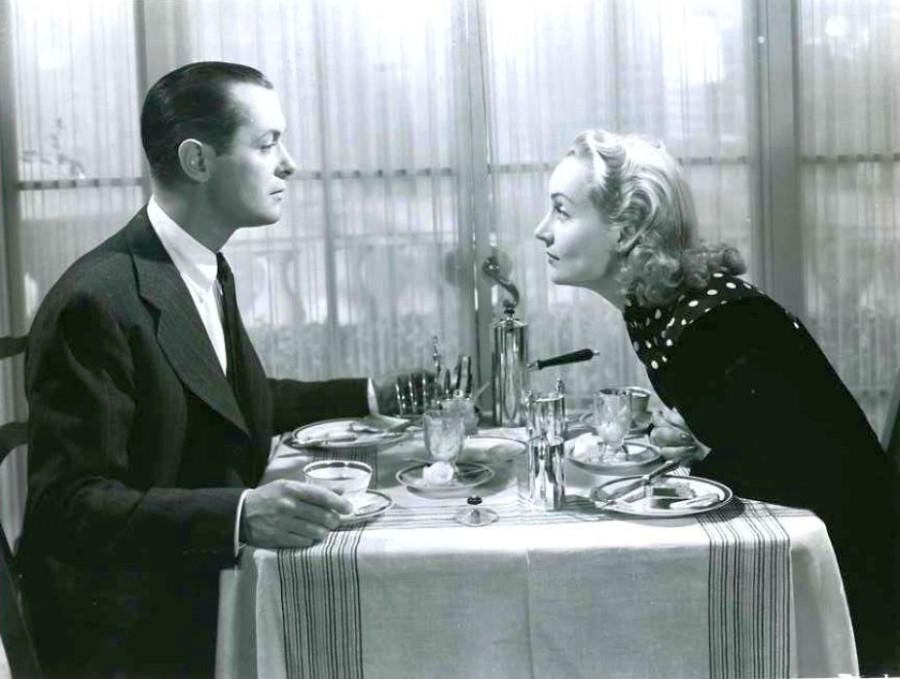 "Mr. & Mrs. Smith," Carole Lombard's penultimate film and the last released during her lifetime, was a comeback of sorts for Carole, whose recent forays into drama won some applause from critics but relatively little from the public. Under Alfred Hitchcock's direction and lovingly photographed, she had fine chemistry with co-star Robert Montgomery, and the battles between the Smiths made it a worldwide hit. (As a result of World War II, while North America and some European countries such as Sweden saw "Mr. & Mrs. Smith" in 1941, for Lombard fans elsewhere, it would become a posthumous release.)

One of those nations might have been Italy, which fought with the Axis for much of the war and may have restricted access to Hollywood product. But eventually Carole's Italian admirers saw the film, which in that nation was titled... 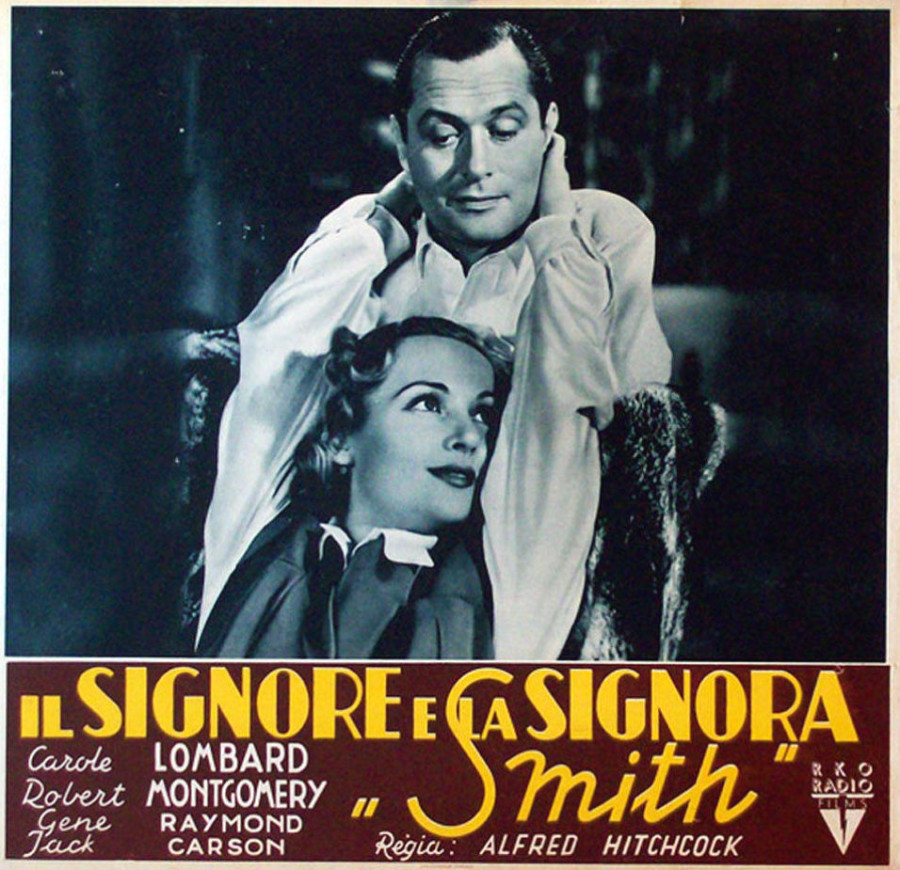 That was one of the posters for the film in Italy. Here's another: 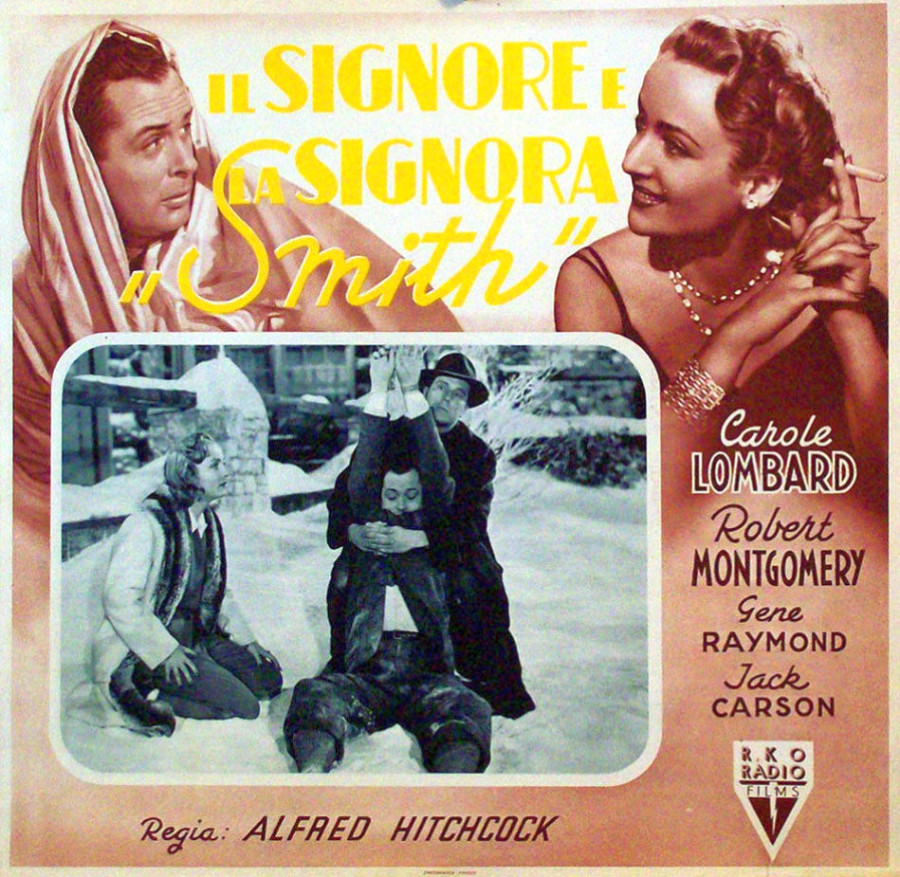