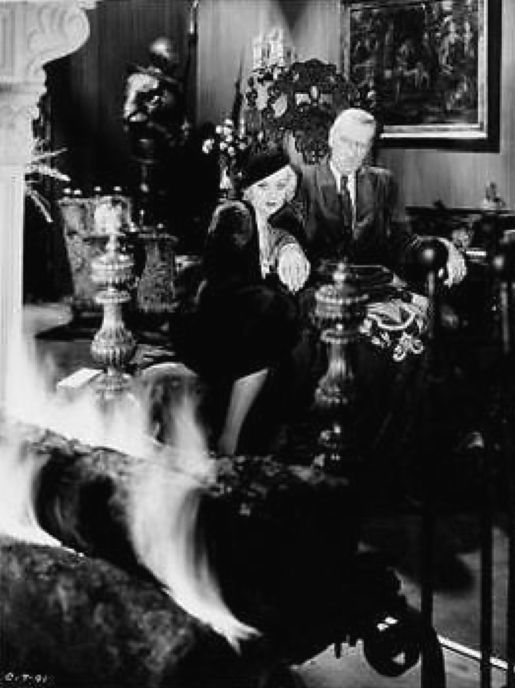 Once Carole Lombard received a seven-year contract from Paramount in 1930, her days cast as villainous roles were more or less over. Not that Lombard had ever played an out-and-out "boo-hiss" type -- she was probably too pretty for such parts -- but in films such as Pathe's "Show Folks" (1928) and Fox's "The Arizona Kid" (1930), she portrayed persons who were mildly antagonistic.

It would be left for others to carry the villain banner against Carole, and while several performed it with aplomb (Gail Patrick in "My Man Godfrey," Sig Rumann in "To Be Or Not To Be") perhaps the greatest of Lombard antagonists was a veteran British character actor who was the unofficial head of the UK Hollywood corps. His name? C. Aubrey Smith. We'll shortly examine his colorful life, but first, let's profile his role, as Jerome Cedric, shown above with Lombard in "No More Orchids":

Jerome is the wealthy grandfather of Carole's character, Anne Holt, and he also controls the pursestrings of her banker father Bill Holt, played by Walter Connolly. Jerome's obsessed with titles and prestige, and is forcing Anne to marry into royalty to keep Bill's bank afloat. Trouble is, Anne is in love with white-collar, but poor, Tony Gage (Lyle Talbot).

Smith's character is downright nasty when it comes to getting what he wants -- and if Anne doesn't marry royalty, her father's bank will be kaput (there was no Federal Deposit Insurance Corporation in 1932). We won't spoil the ending for you, but Jerome is thwarted, though it takes tragedy to do it. 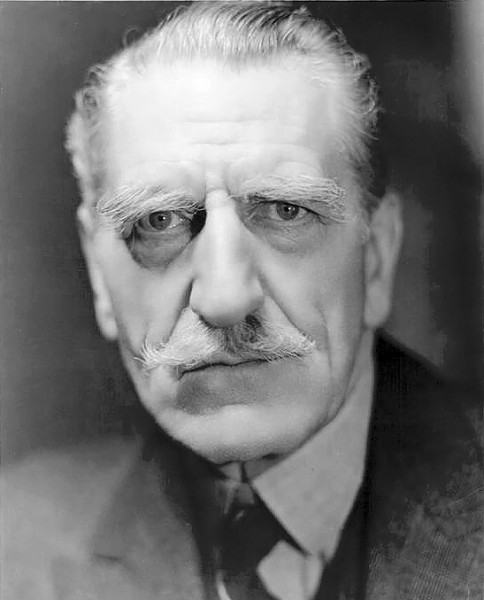 The 6-foot-4 Smith, born in 1863 (the "C." stood for Charles), was a talented actor on both stage and screen...but he also was known as an outstanding cricketer, even representing England in a test match (that's the highest level of international play) against South Africa. Smith maintained his enthusiasm for cricket after moving to America and even taught and coached the sport at UCLA with fellow Brit emigre Boris Karloff. Want proof? Here's a page from the 1934 yearbook: 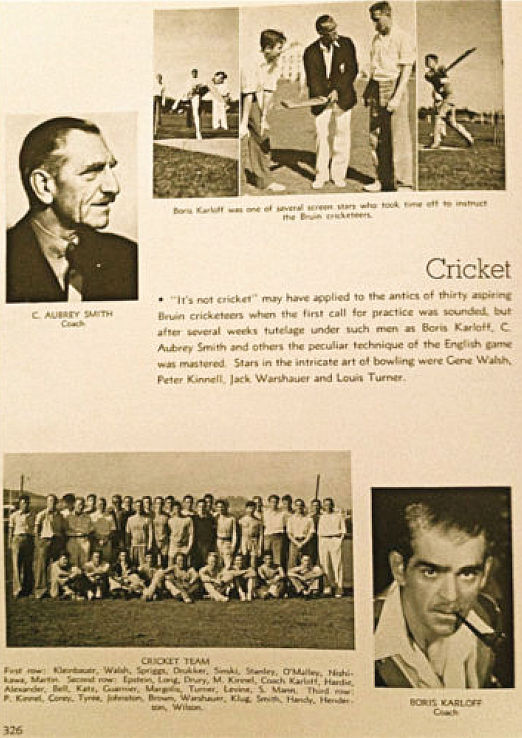 Smith's turn as a villain in "No More Orchids" (his only film with Lombard) was atypical for him; he tended to play British stiff-upper-lip types, either as leads or in supporting roles. You can find him in some of the 1930s' best-known films -- "Tarzan The Ape Man," "Love Me Tonight," "The Barbarian," "Bombshell," "Queen Christina," "The Scarlet Empress," the Claudette Colbert "Cleopatra," "The Lives Of A Bengal Lancer," "The Gilded Lily," "China Seas," "The Crusades," "Romeo And Juliet," "The Prisoner Of Zenda" (he had played in its stage premiere in 1895) and "Another Thin Man." One of his other movies was 1931's "The Bachelor Father" with Marion Davies: 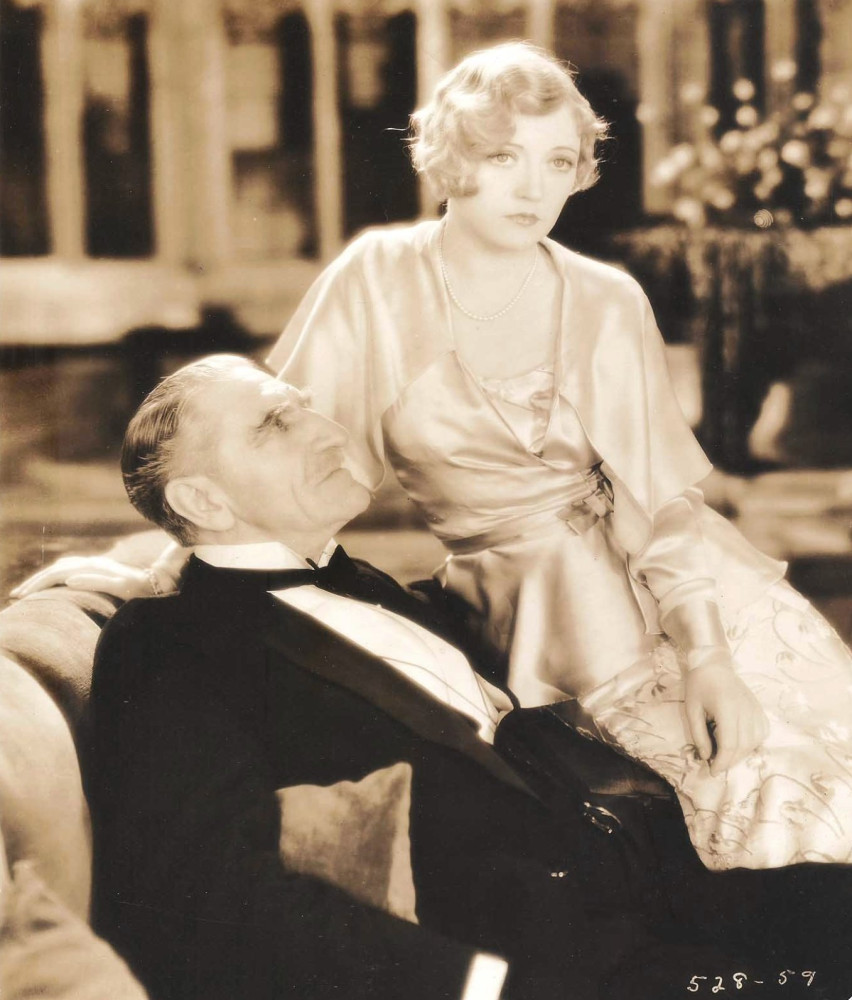 Smith kept working into the 1940s, with credits such as "Rebecca," "Waterloo Bridge," the Spencer Tracy "Dr. Jekyll And Mr. Hyde," "Madame Curie" and Ernst Lubitsch's "Cluny Brown." He received the Order of the British Empire in 1938 and was knighted in 1944 for fostering British-American unity. He died in December 1948 -- roughly six decades after he was wrongly pronounced dead after catching pneumonia while digging for gold in South Africa -- and his last screen appearance was posthumous, in the 1949 version of "Little Women."
Collapse