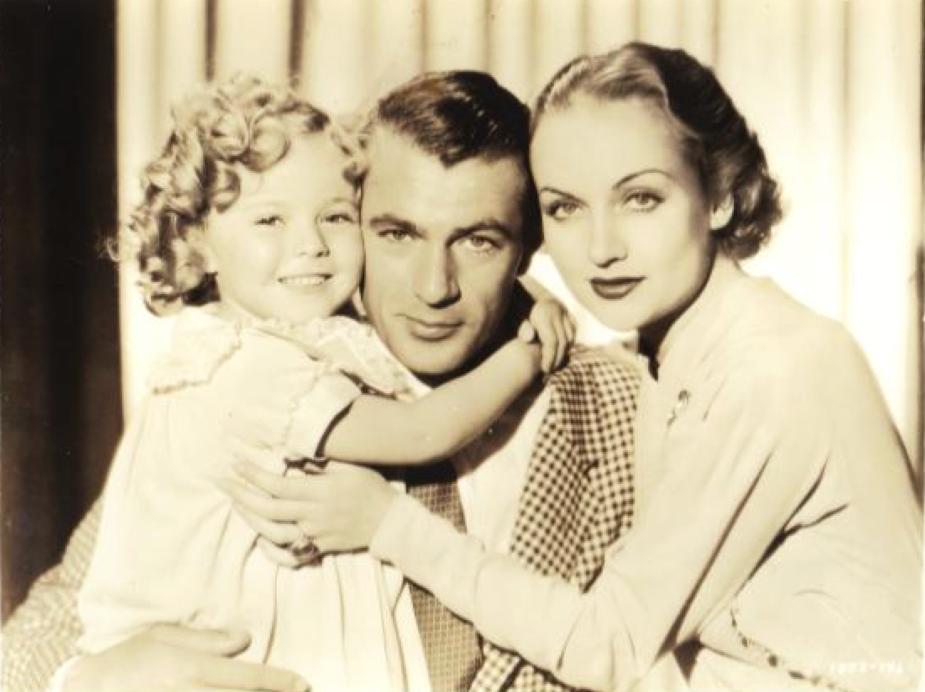 Above are Carole Lombard, Gary Cooper and Shirley Temple in one of two promotional photos from their 1934 Paramount film "Now And Forever." It's being auctioned at eBay, as is this photo of Shirley performing in front of a bunch of kids: 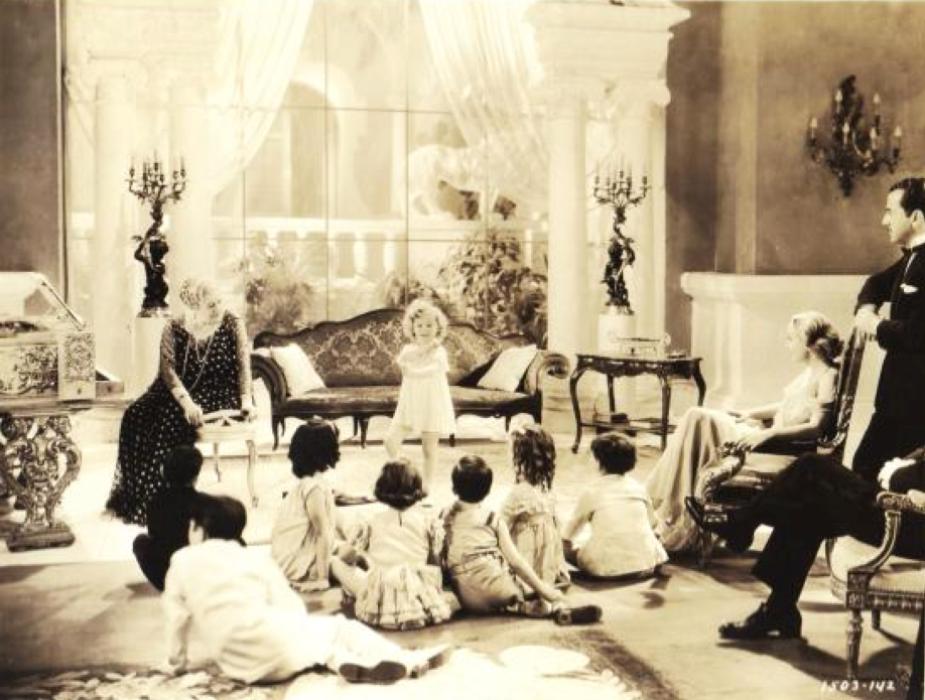 That may or may not be Lombard in a rocking chair at right; that certainly isn't Cooper standing behind her. Both are original photos -- as the seller notes, "First photo has pinholes in the border, both have light wear."

Carole's bustline, or what there is of it, again is the focal point in our latest Lombard LiveJournal header, Paramount p1202-396.
Collapse