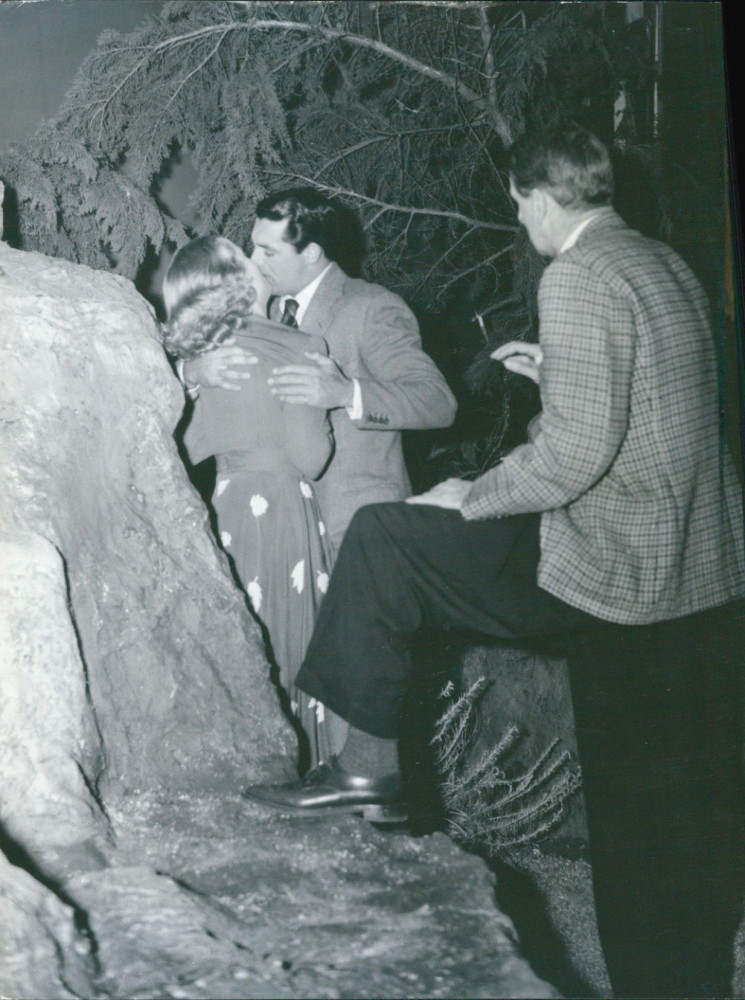 Whom do you envy more: Carole Lombard, for passionately kissing Cary Grant, or Grant, for doing likewise with Lombard? (Either way, we all should be so lucky.) Director John Cromwell isn't taking sides in this debate -- he's watching the pair go at it, making sure it's a successful take for RKO's "In Name Only," the second film of Carole's he directed in 1939 (the first was "Made For Each Other" at Selznick International).

This is the front side of an original 7" x 9" photo available at eBay; we know it's original because the back has markings, including a snipe from that inimitable RKO publicity office typewriter indicating it was third in a sequence: 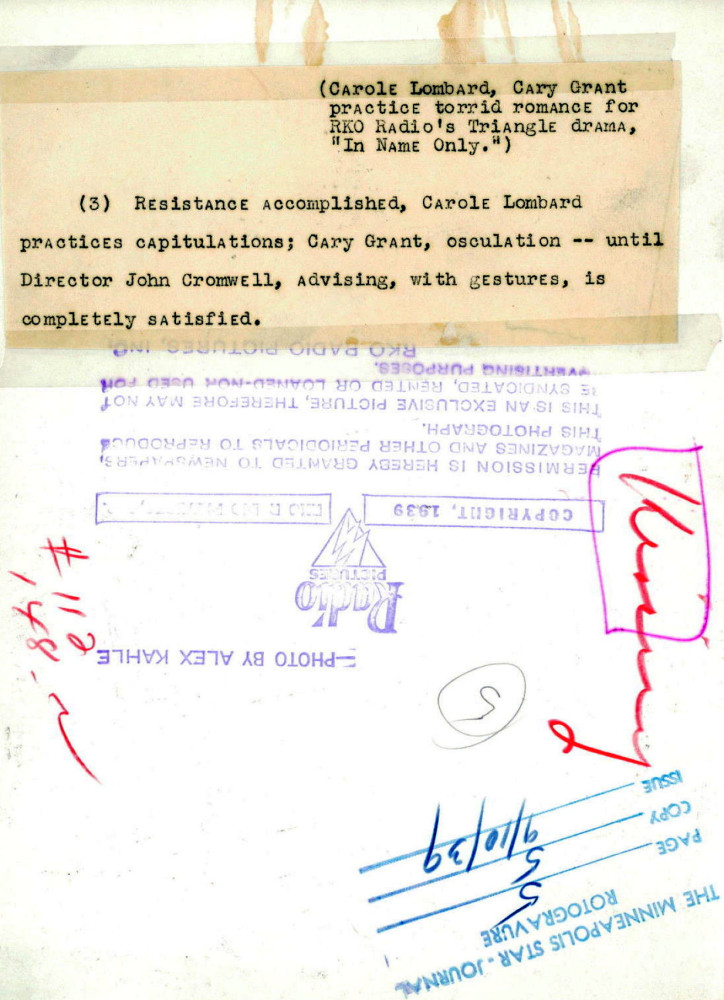 We see it ran on page 5 of the Sept. 10, 1939 Minneapolis Star-Journal Sunday rotogravure section. (Incidentally, it's being reported that the Minneapolis Star-Tribune -- whose lineage dates back to the Star-Journal and rival Tribune -- has been purchased by the owner of the NBA's Minnesota Timberwolves.) The photo was taken by Alex Kahle, who took a number of Lombard portraits during her two-year tenure at RKO.

As it happens, a lobby card reproduction of that scene, albeit from a different angle, also is on sale: 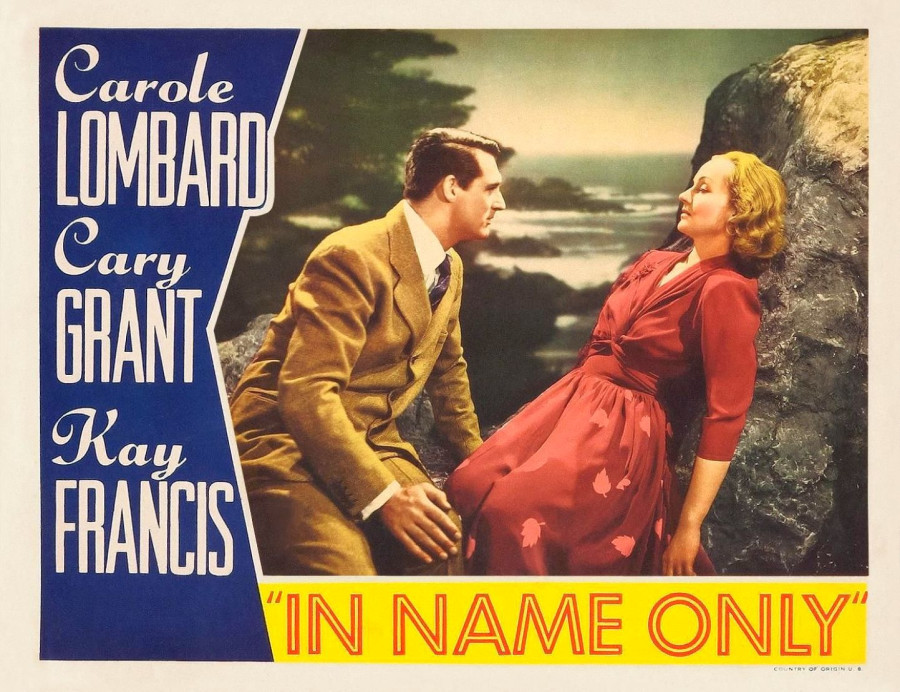