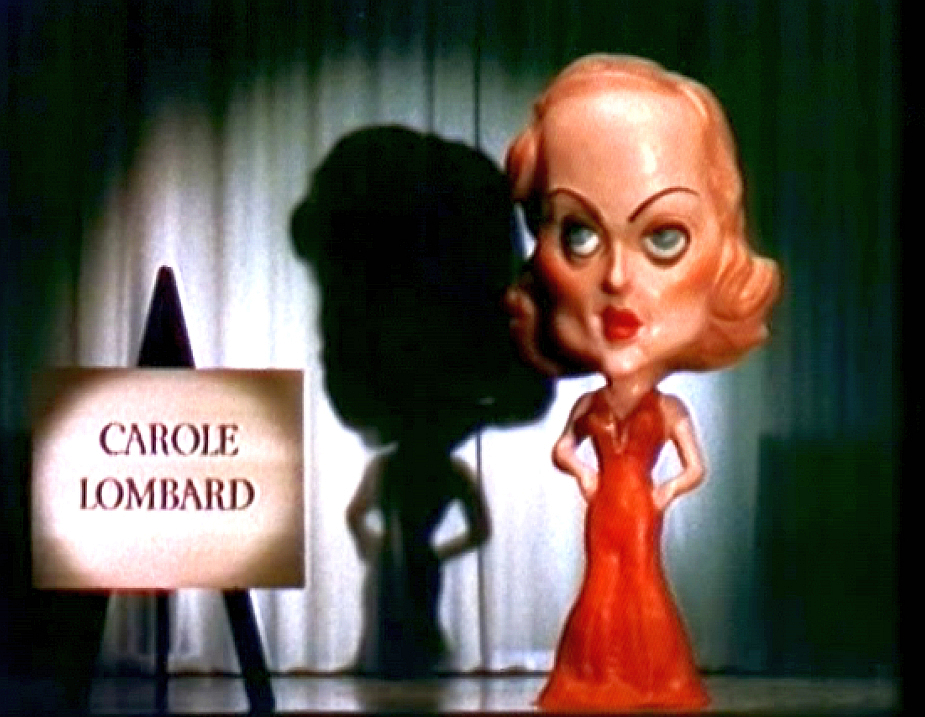 No, this isn't a joke in the waning hours of April Fool's Day, although as you can see, Carole Lombard was animated (sort of; her figure was immobile) for the Technicolor opening credits of "Nothing Sacred." But more than two years before that film's release in November 1937, Carole apparently was reproduced in puppet form down the coast in San Diego, a town she and other filmland notables knew well, if only because it was the gateway to Mexico and Agua Caliente, where during Prohibition days, movie people could legally not only drink alcohol, but bet on horse races. (The former became legal in California in late 1933, the latter in 1934.)

We have proof of her puppet status from a story in Motion Picture Daily on July 15, 1935 about the California Pacific International Exhibition, held at what now is known as Balboa Park:

Lombard, George Raft and Sally Rand...might we have been able to witness a puppet "Bolero"? (That very concept boggles the mind.)

Were these puppets of Carole, George, Sally, Eddie Cantor, Will Rogers and others scaled down or life-sized? (I'm guessing the latter; I'm also guessing the revue was changed after Rogers' death in a plane crash a month later.) Alas, I've found no visual confirmation one way or the other -- in fact, I've been unable to track down any images of the interior of the exhibit, called the Hollywood Motion Picture Hall of Fame. (Apparently, unlike Cooperstown's Baseball Hall of Fame, which would be founded the following year, this had no inductees, but instead was a behind=the-scenes look at how motion pictures operate, done with the help of the Screen Actors Guild.)

The magazine California Garden gave this description of the exhibit:

"The Hollywood Motion Picture Hall of Fame contains the story of the motion picture, graphically presented, along with articles which made some of the stars famous such as Charlie Chaplin's big shoes, the curls of Mary Pickford and similar items."

Thankfully, we have several photos of the exterior of the building, which looked impressive: 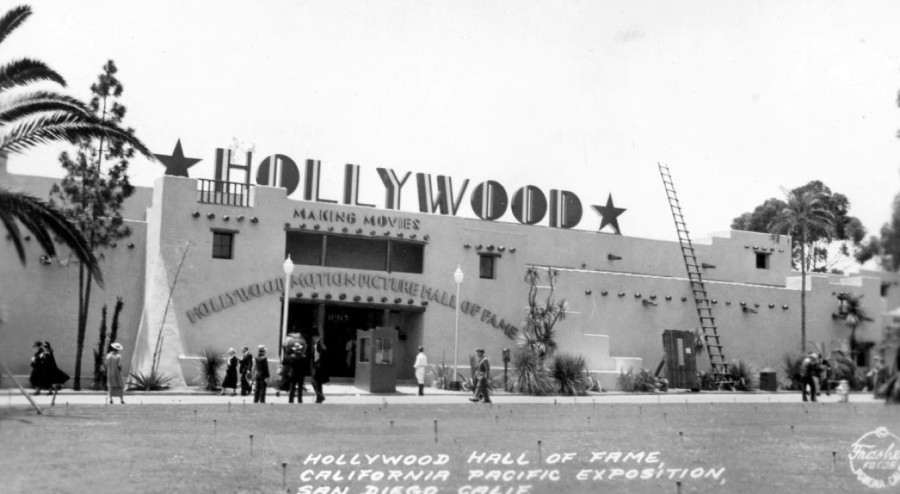 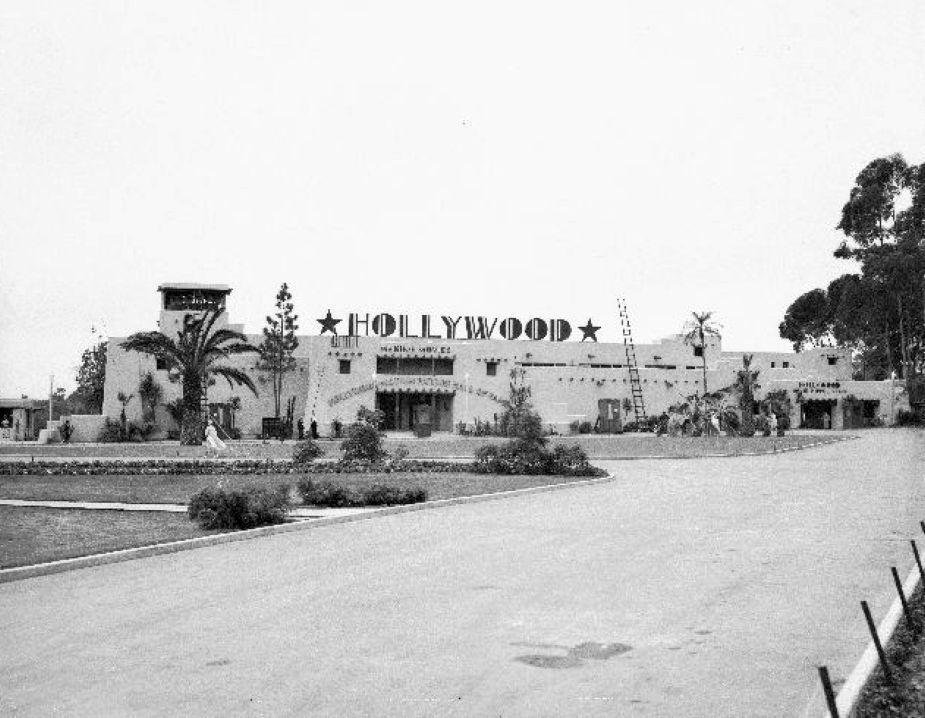 We even have a color postcard of the place, although the back unfortunately discusses the buses, not what was inside: 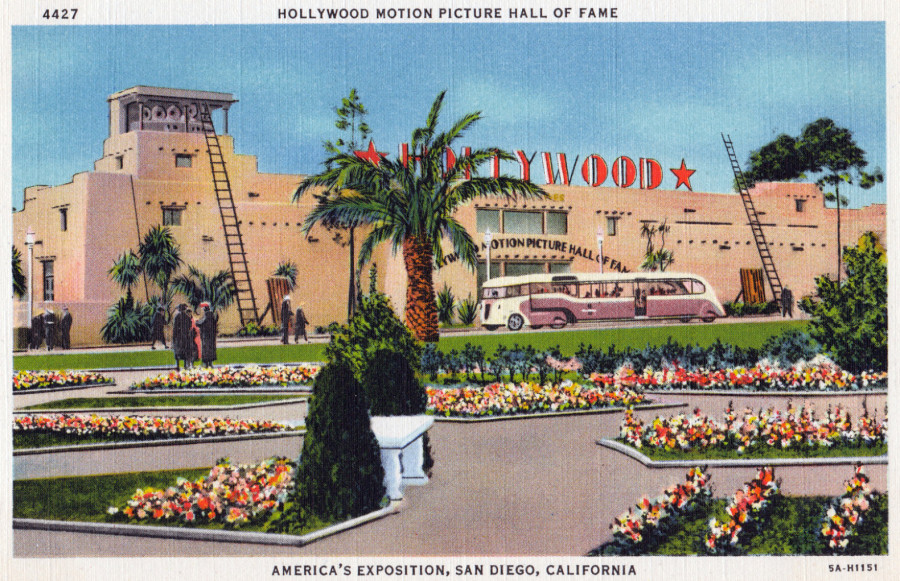 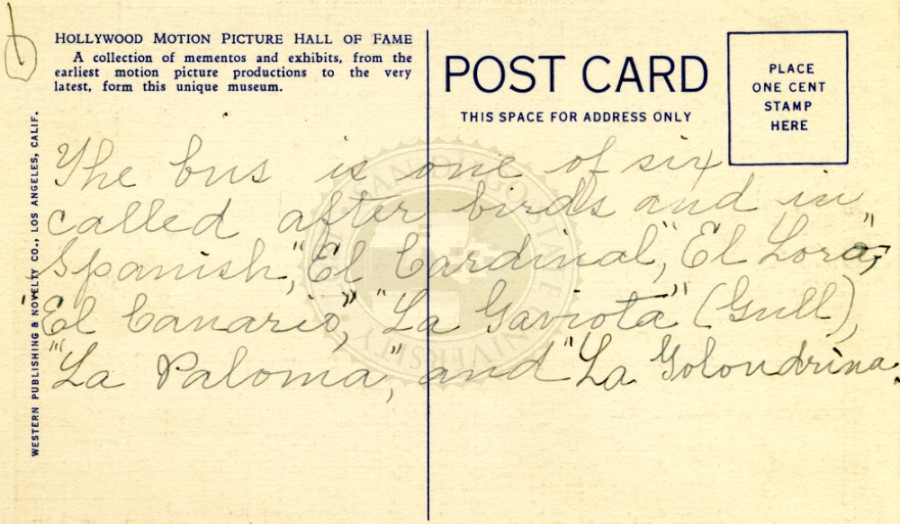 The exhibition was a reprise of a similar fair held in San Diego two decades earlier; it was repeated in 1936, although the Motion Picture building was turned into a general entertainment exhibit (and the real-life Sally Rand performed her fan dance there). The building still is on the Balboa Park site, and part of it is home to...the Marie Hitchcock Puppet Theatre. (As Paul Harvey would have said, "And now you know the rest of the story.")

Is Carole holding a table on its side? That looks to be what she's doing in Paramount p1202-390, our initial Lombard LiveJournal header for April.
Collapse