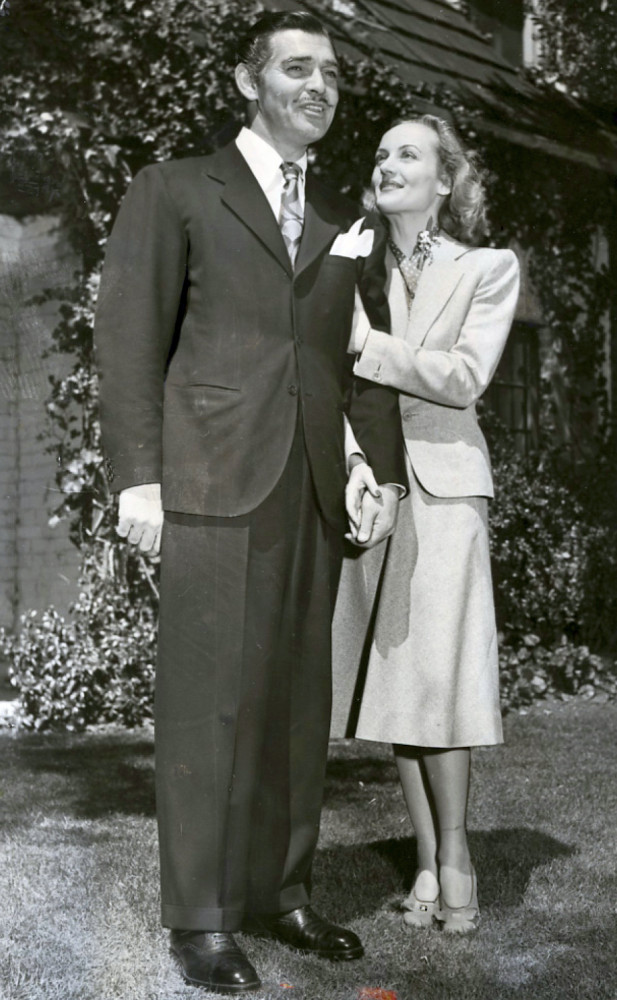 Saturday will mark the 75th anniversary of Carole Lombard's marriage to Clark Gable...a bit of Hollywood history that didn't take place in Hollywood, or even in California. Rather, it occurred in Kingman, Ariz., a small town within reach of Los Angeles on the fabled Route 66. (Bobby Troup's famous song of that title, recorded by everyone from Nat Cole's trio to the Rolling Stones, lists it among towns on would pass on the journey west -- "...Kingman, Barstow, San Bernardino...")

The wedding caught the movie press by surprise, as many were in San Francisco for the premiere of "The Story Of Alexander Graham Bell." A break in filming in "Gone With The Wind" enabled the couple to escape L.A. and take their vows. It was done in such a low-key manner that any photographs of Clark and Carole had to wait until a press conference at Lombard's home the following day, after the wedding was reported in the New York Times and other newspapers: 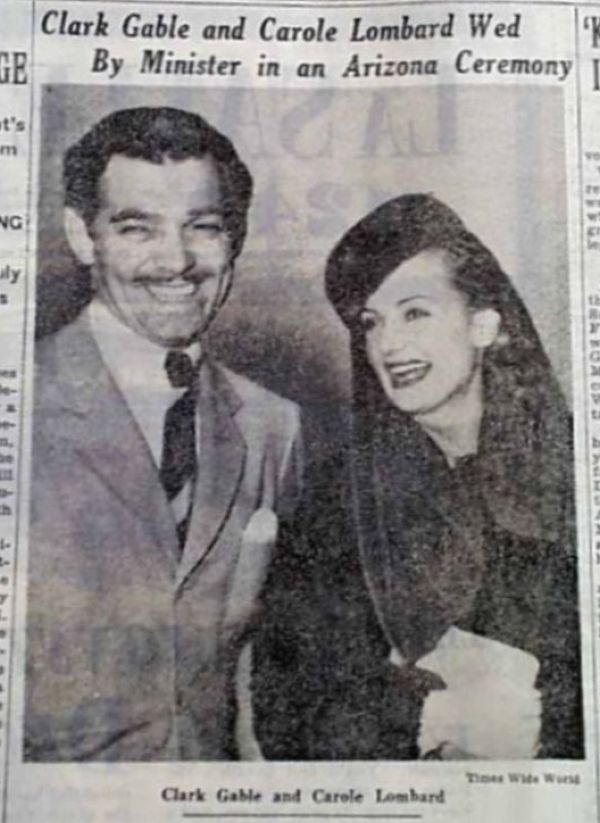 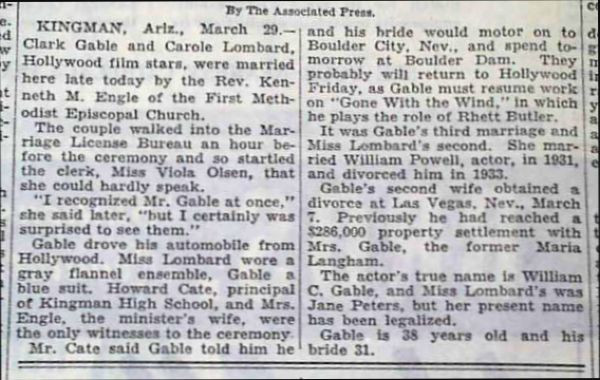 Incidentally, note the error in the AP story? It lists Lombard at 31, a year older than her actual age of 30. (There probably were some reporting her as being 29, as an Oct. 6, 1909 birth date -- not the true date of Oct. 6, 1908 -- was part of much Carole publicity from her various studios.) And no, they did not honeymoon in Oatman, Ariz., despite numerous reports.
Collapse