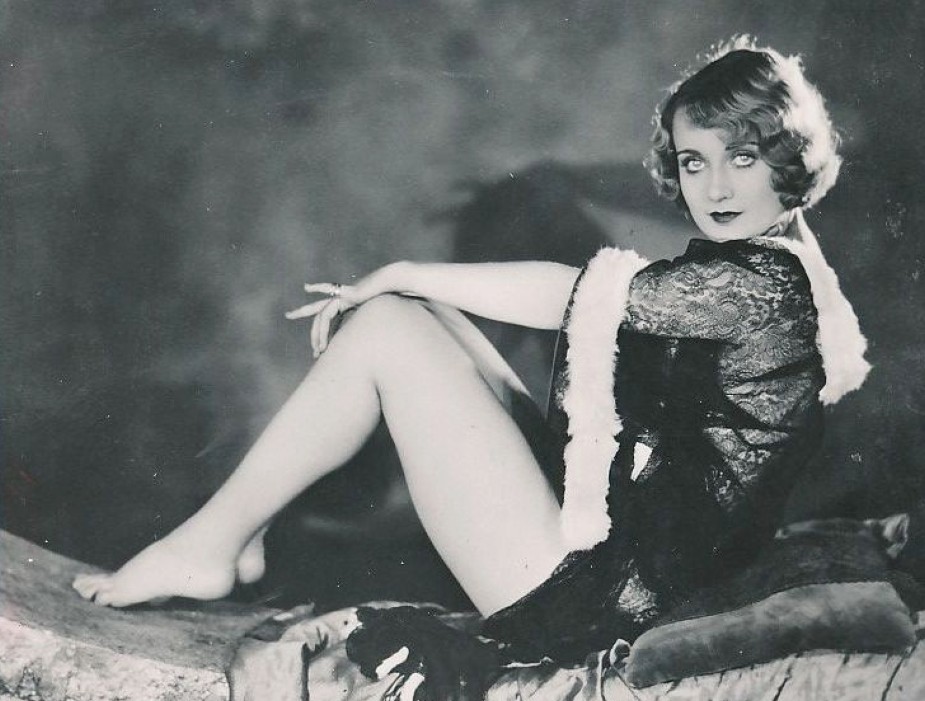 Which was it? During her days with Mack Sennett, Carole Lombard herself probably didn't care, since either helped distract audiences from that scar on her cheek she suffered in an auto accident of a few years back. Sennett encouraged the curves, which legend says Carole got from eating bananas, to bolster the sex appeal of his latest troupe of bathing beauties.

But as Lombard also started working at Pathe (which had a distribution agreement with Sennett), its producers saw said curves as a liability. While at Pathe, she not only shed the "e" from her first name but a few of those banana-gained pounds as well. The result: A sleek lady whose good legs got even better. The Carole one now cared for depended upon whether you needed her to fill a swimsuit or a pair of stockings.

One magazine was definitely on the side of the stems -- a relatively obscure title whose initial issue focused on the Lombard legs. It's the November 1929 Screen Art, with an image taken by the renowned Edwin Bower Hesser: 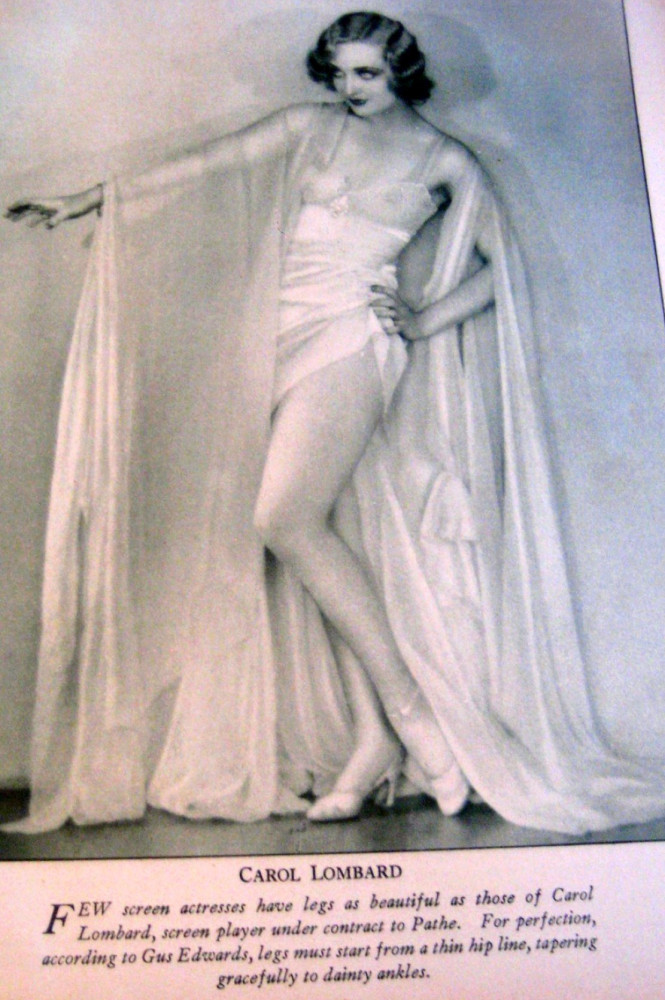 CAROL LOMBARD
"Few screen actresses have legs as beautiful as Carol Lombard, screen player under contract to Pathe. For perfection, according to Gus Edwards, legs must start from a thin hip line, tapering gradually to dainty ankles."

A nice compliment, to be sure, but who the heck was Gus Edwards and what made him such an expert? He was a song composer ("By The Light Of The Silvery Moon," "In My Merry Oldsmobile") in New York and then a chorus director at MGM, and presumably saw plenty of dancers' legs while on Broadway. Here's a story he wrote in that issue about what makes good legs on stage or screen: 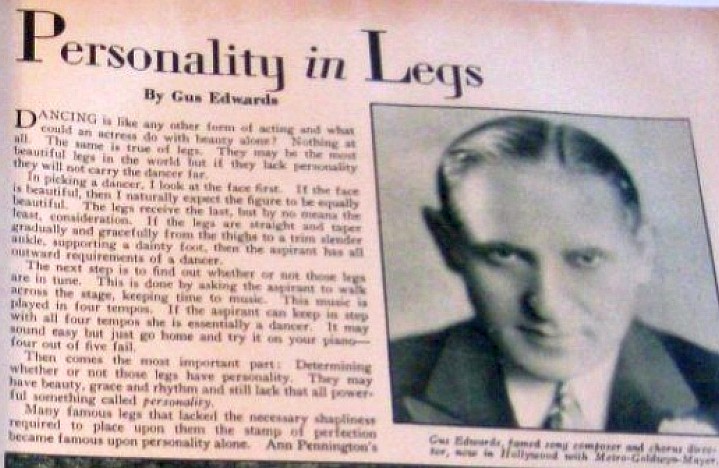 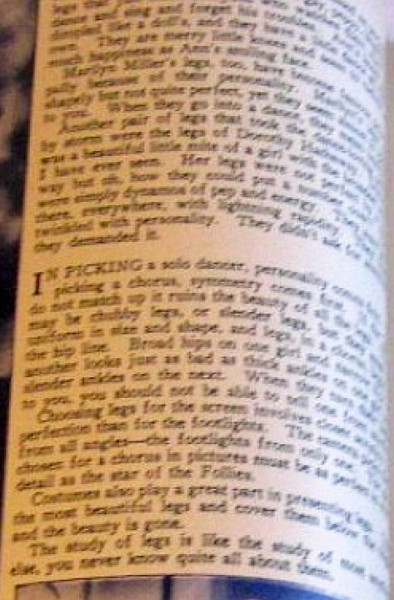 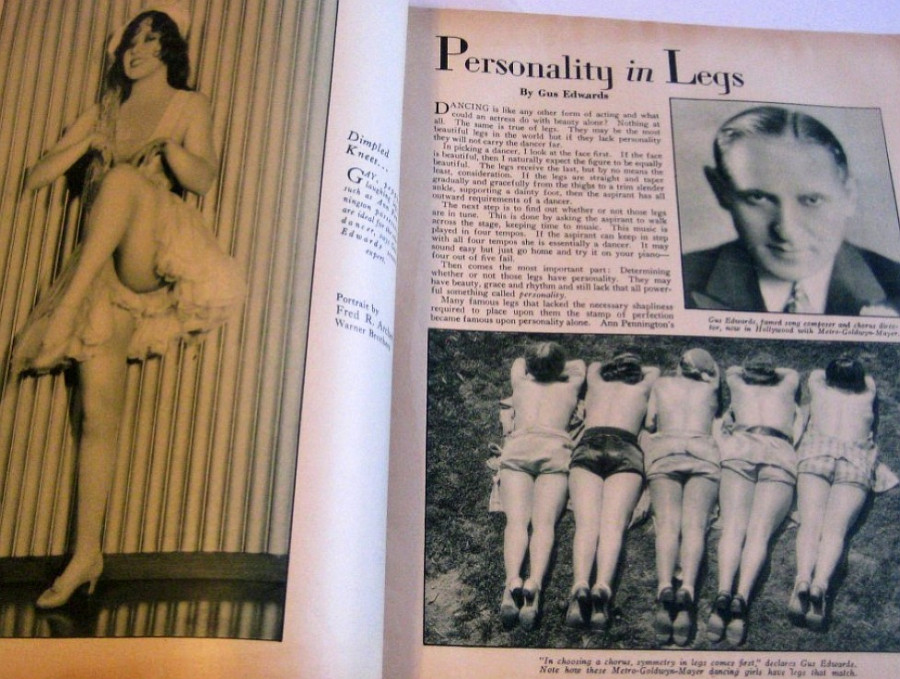 ...as well as Gilda Gray and Alice White: 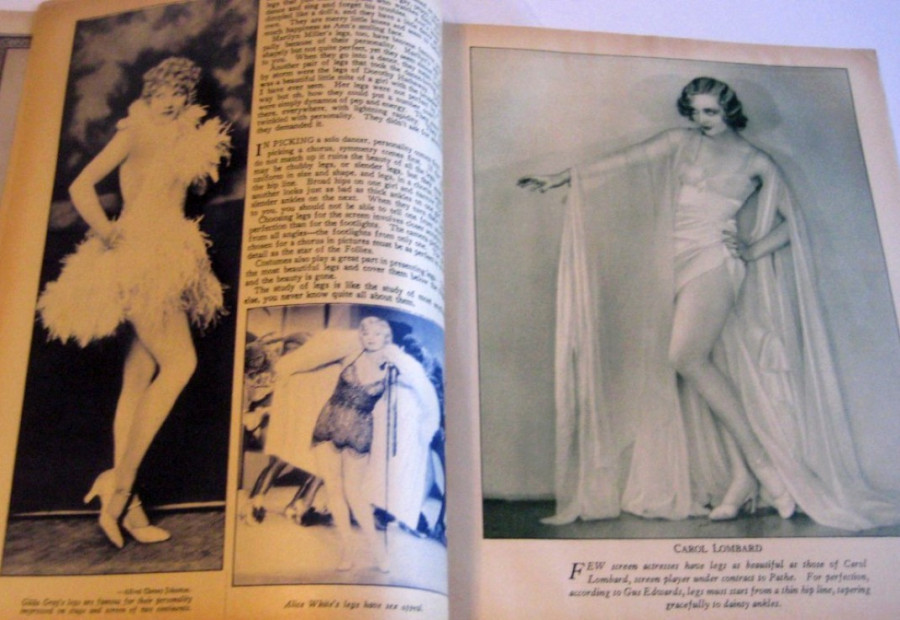 The cover gave its readers what to expect -- artistic semi- or full nudes in the tasteful Ziegfeld tradition: 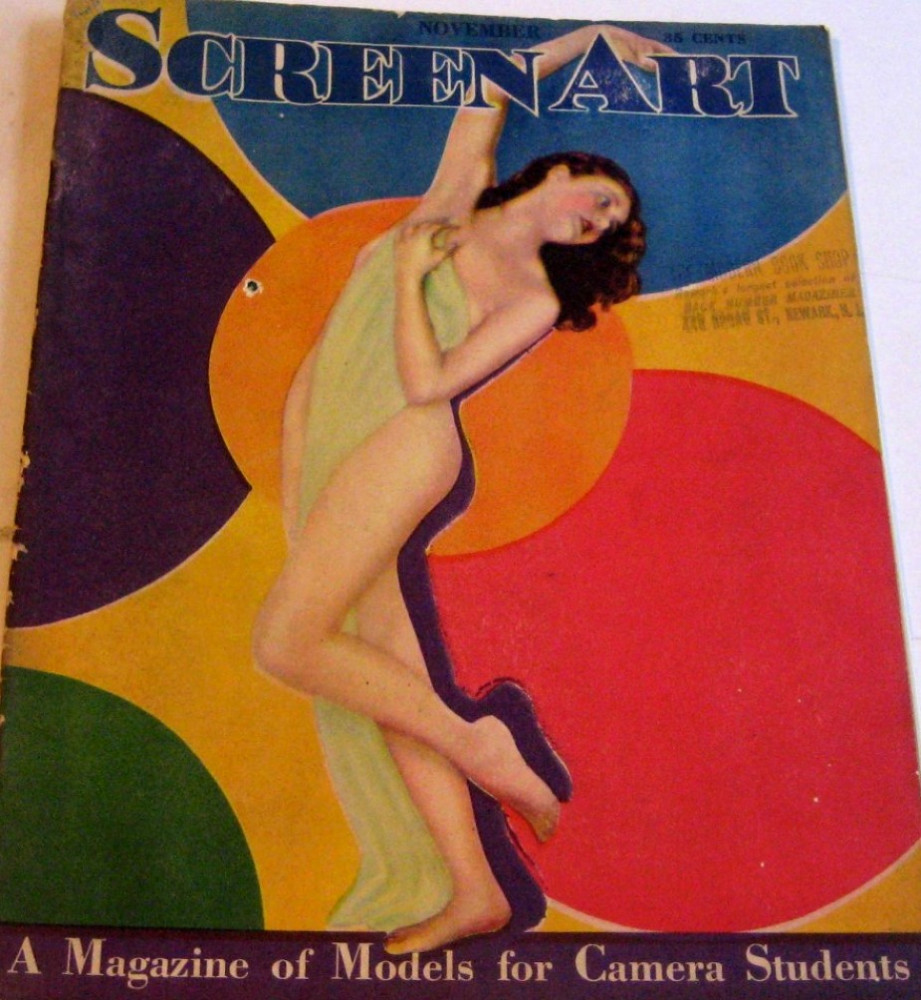 Those "models" included two ladies whom like Lombard would find fame in the ensuing decade -- Joan Bennett, left, and Jean "Harlowe" (looks like she found the "e" that Pathe made Lombard shed!)... 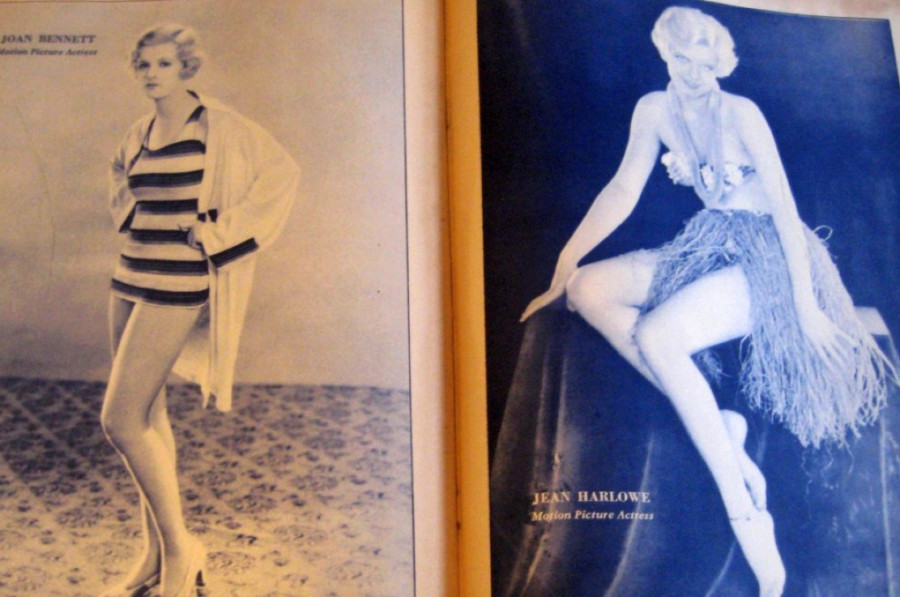 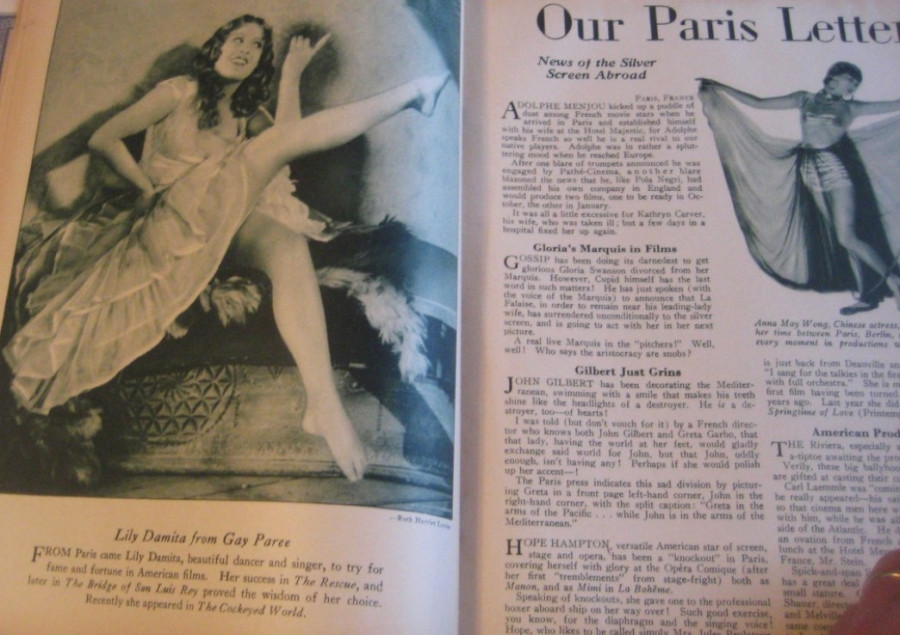 With the next issue, the magazine was renamed Screen Art Studies, and in issue No. 4 in early 1930, Lombard reappeared in a rather racy photo also taken by Hesser: 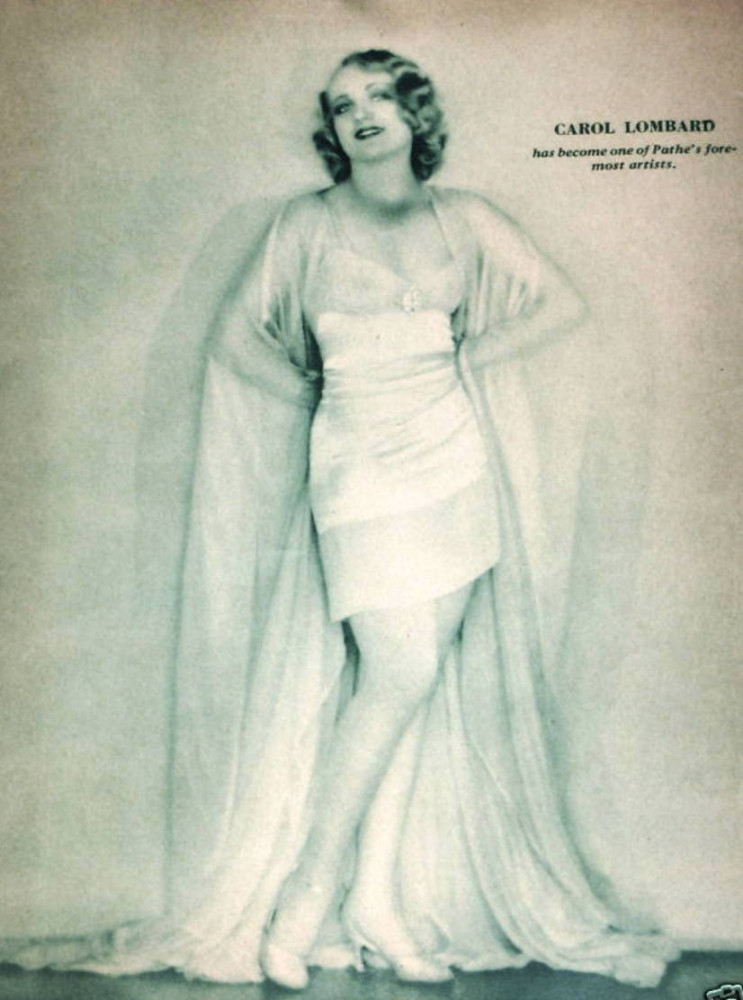 You won't see Lombard's legs in our latest LiveJournal header, Paramount p1202-388...but you will see two of her other assets, shown rather prominently by her admittedly somewhat meager standards.
Collapse