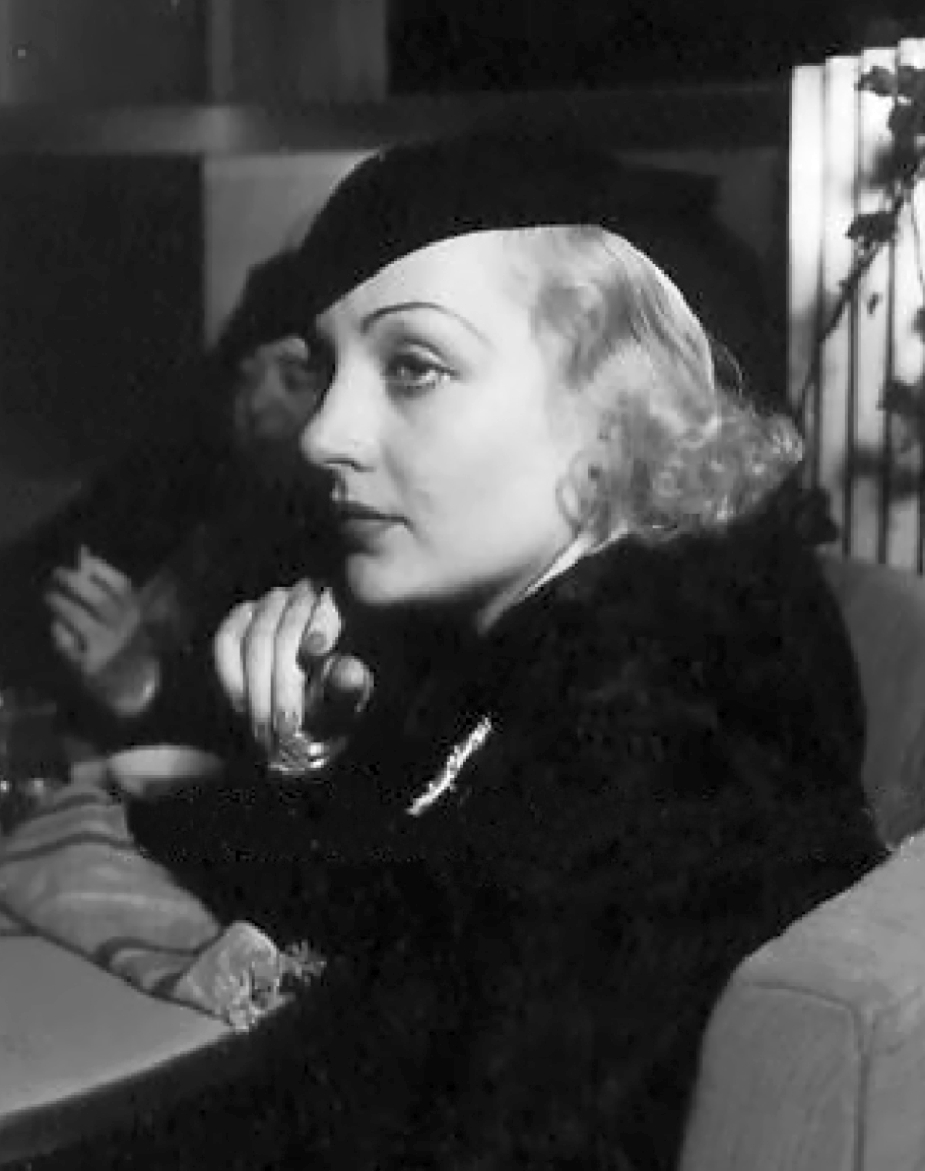 Barring a time machine or magic, those attending the TCM Classic Film Festival next month in Los Angeles won't see Carole Lombard -- and they won't see the short-lived West Coast version of Sardi's, the Hollywood Boulevard restaurant where this mid-1930s candid was taken. But there are memories of the movie capital, both real and imagined, and for a brief while, Turner Classic Movies is giving people a chance to experience them...for free. 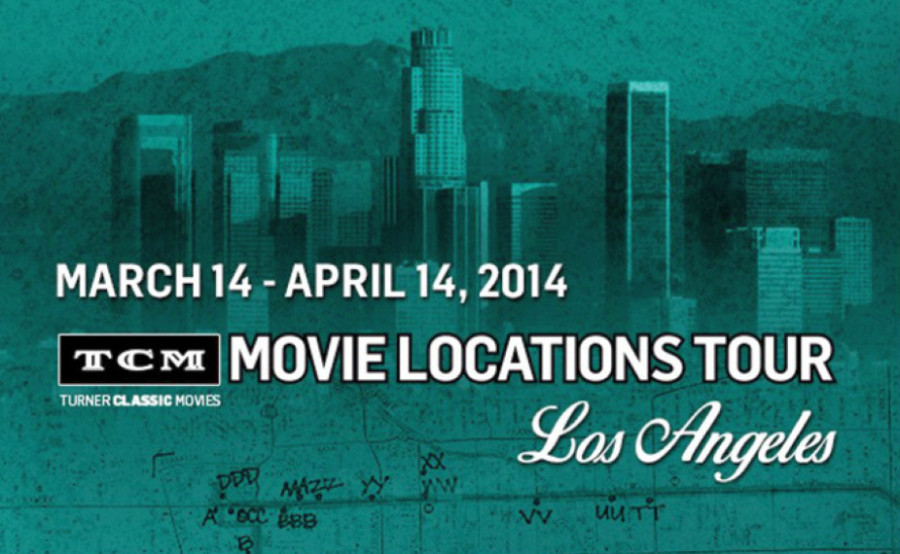 Yes, there are numerous Hollywood tours, some directed by online friends of mine and many I plan to experience once I become a full-time Los Angeles resident later this year. But TCM has won plaudits for its New York classic movie bus tour (http://carole-and-co.livejournal.com/627086.html), and temporarily at least, it's bringing its approach to LA. Like its NYC counterpart, this tour takes about three hours...and the "Los Angeles" in the logo, not to mention the downtown skyline as a background, indicates this isn't merely a "Hollywood" tour, just as the LA film industry transcends that segment of the city.

To whet your appetite, here are some pictures. Several classic Hollywood bloggers have taken the tour, including Laura's Miscellaneous Musings (http://laurasmiscmusings.blogspot.com/2014/03/tcm-los-angeles-movie-locations-bus-tour.html) and Elise's Ramblings (http://elisesramblings.blogspot.com/2014/03/tcm-movie-location-tour-in-la.html). First, the bus itself, with plenty of window space for picture-taking: 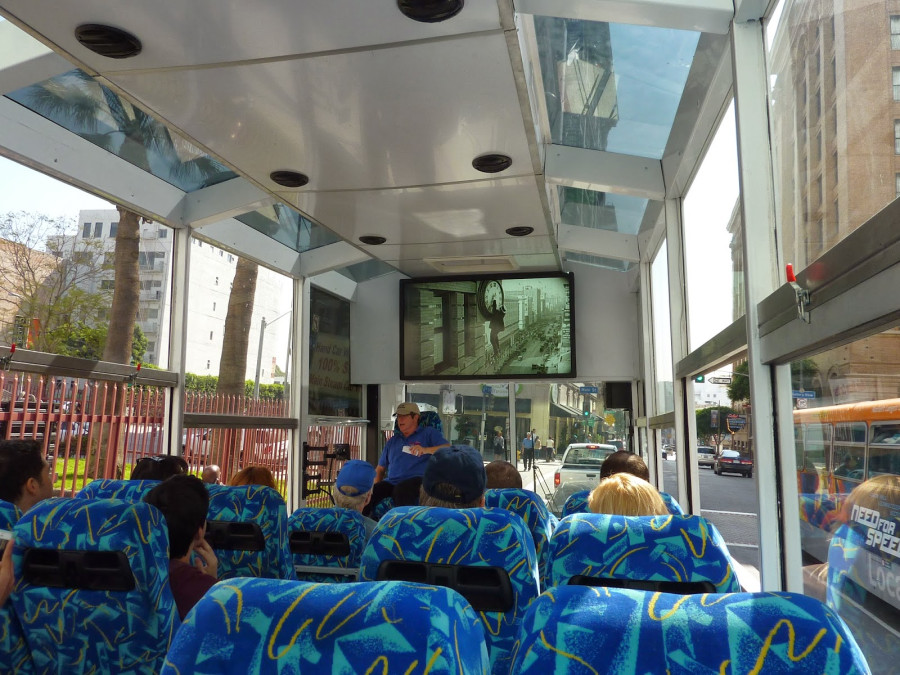 Your host will be none other than TCM's Ben Mankiewicz... 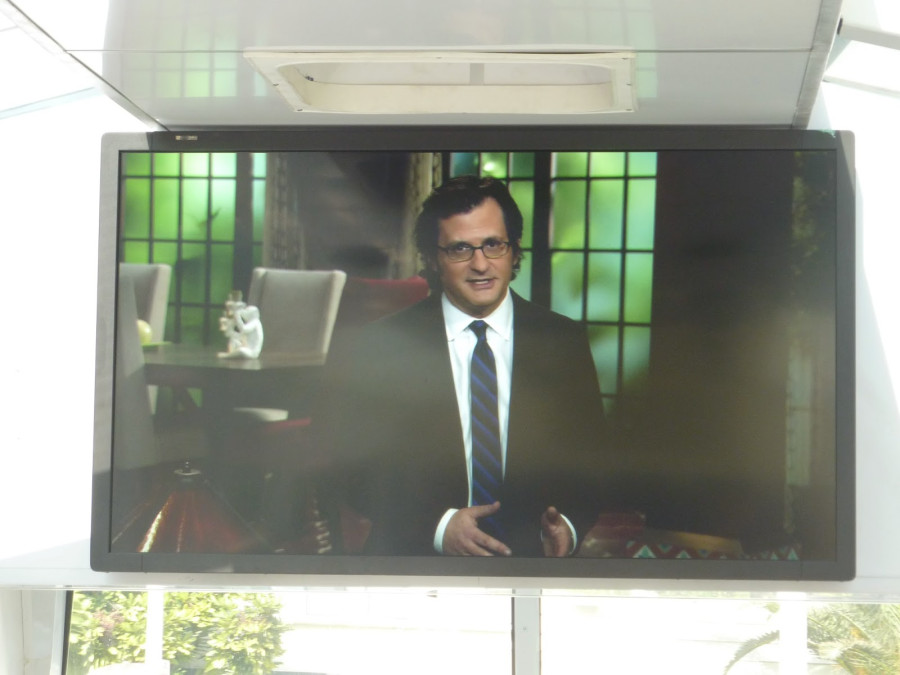 And as Dr. Seuss would say, oh, the places you'll go! Of course, you'll get great views of the "HOLLYWOOD" sign... 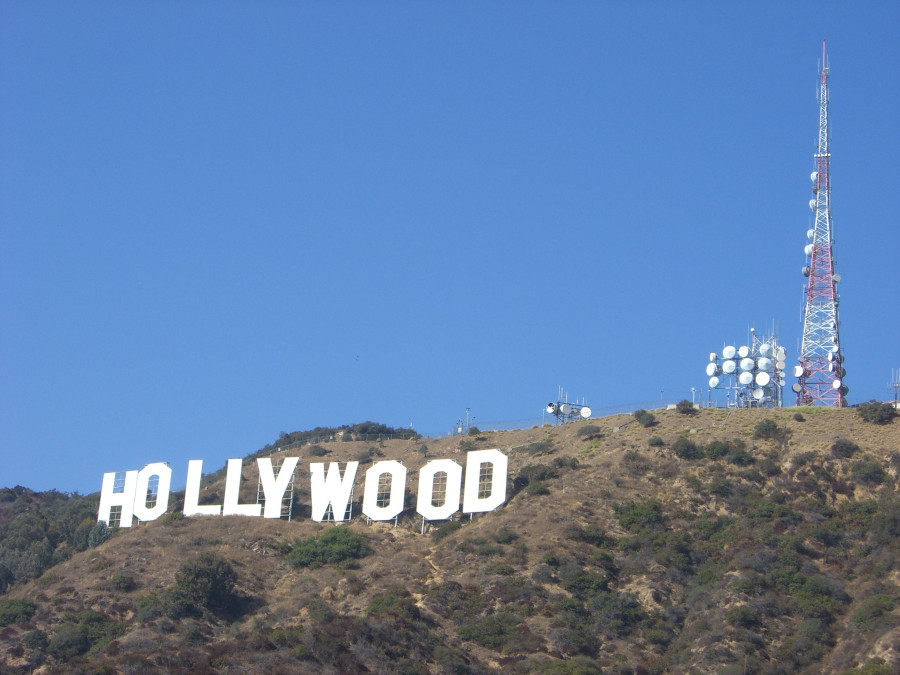 ...and pass Paramount Pictures, where Carole worked for seven years (but if you want to see the Bronson gate she passed through rather than the later, less iconic Melrose gate, you'll have to take its tour)...

...but you'll also visit downtown sites recognizable to generations of film fans, such as the interior of the Bradbury Building. (Your grandparents knew it from the 1949 "D.O.A.", your parents from the 1982 "Blade Runner" and you know it from the 2011 silent Oscar-winner "The Artist.") 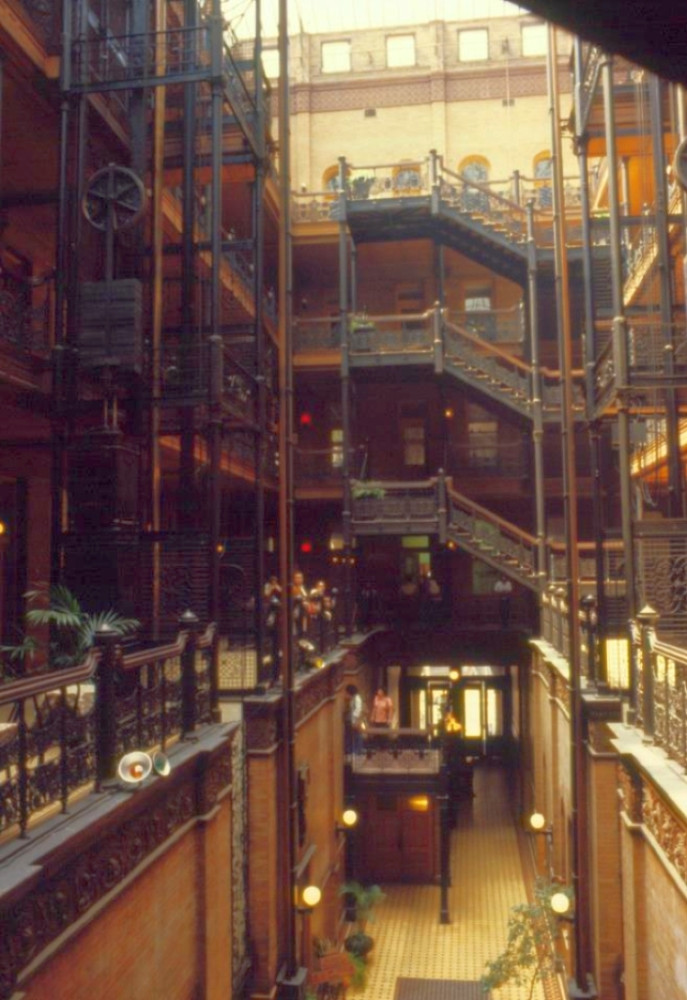 Another favorite film noir-era location was Angels Flight on Bunker Hill, now moved a block south of its original site (and let's hope the beloved incline is working that day): 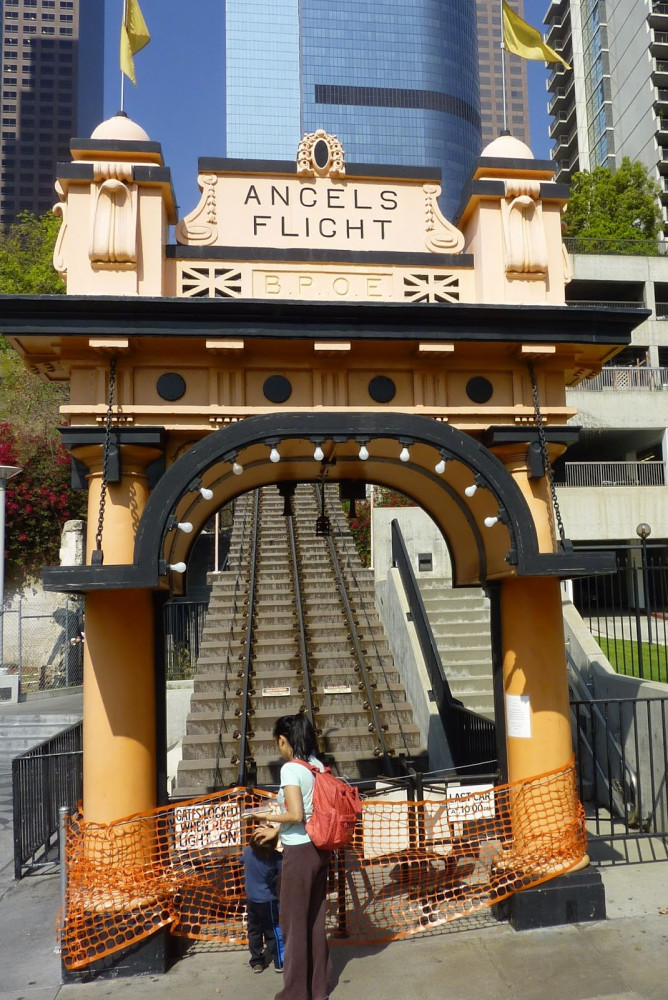 This? Forget it, Jake, it's (the entrance to) Chinatown: 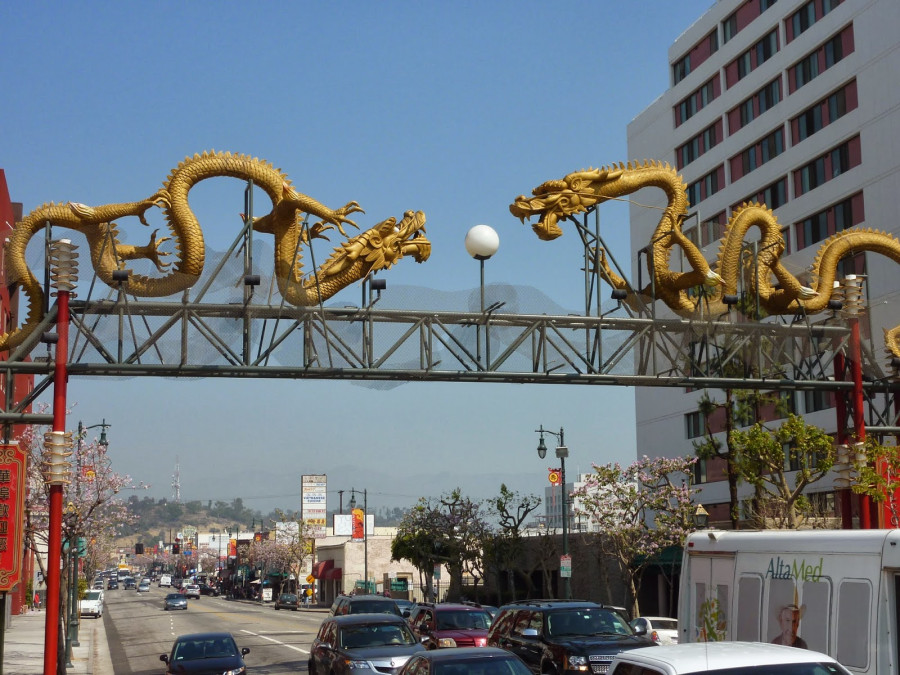 And not far away, what LA's original Chinatown was moved for -- the magnificent Union Station: 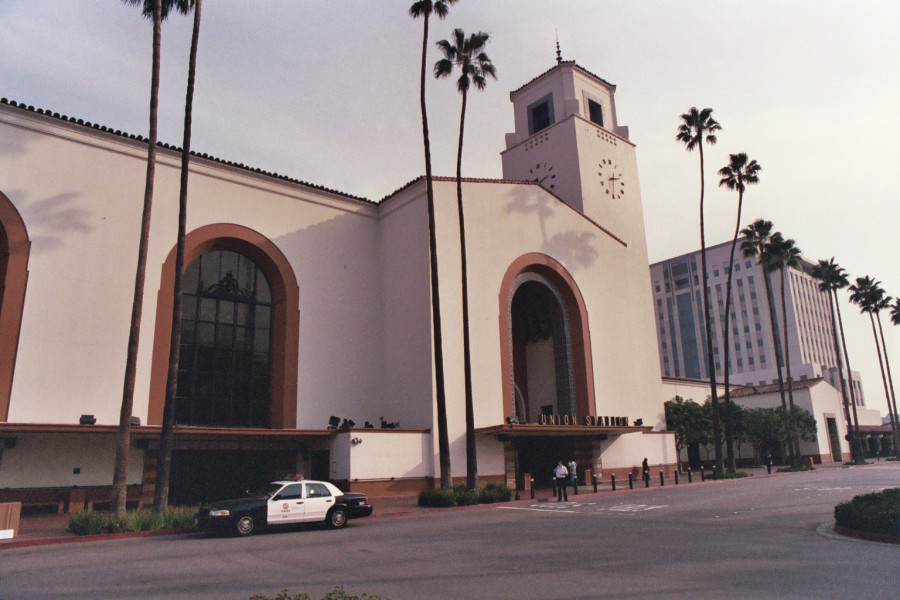 For all we know, Lombard may have used one of these waiting-room seats on Jan. 12, 1942 while awaiting the train that would take her from Los Angeles for the last time: 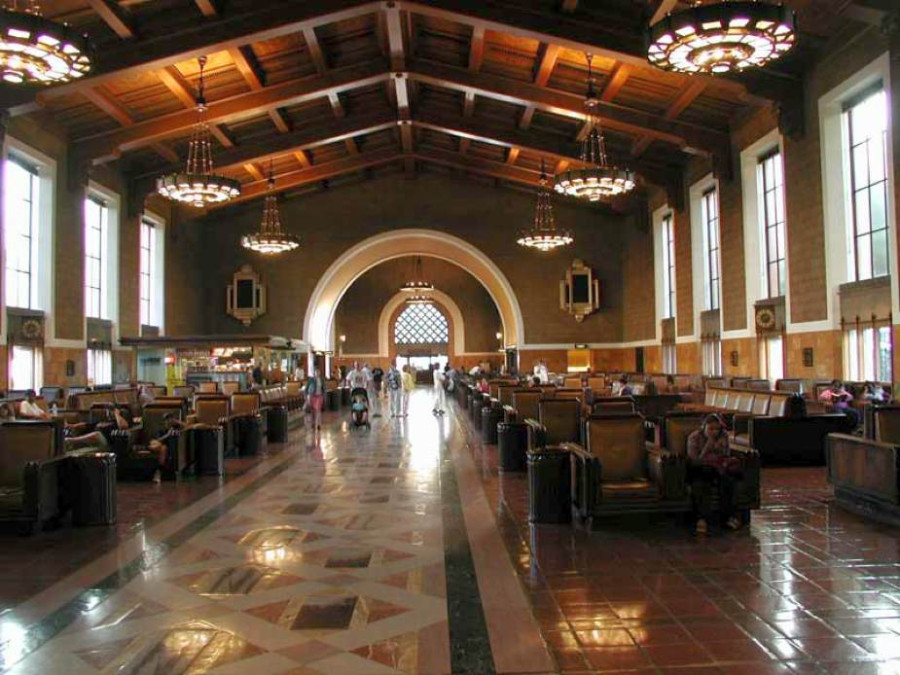 That's the good news about the tour. The bad news is that it is "sold out" (the quotation marks are because it's free); but those who made reservations may not show, so standbys may have a chance to take part. Go to http://www.tcm.com/20/ for more information.

It's possible that thanks to popular demand, the tour will be revived after its scheduled closing date of April 14 -- though if it does, it almost certainly will be a paid tour, similar to its New York counterpart. (Editor's note: A few months after the festival, that's just what happened!) For now, try to experience three hours of the town that helped lead to the iconic channel sponsoring next month's festival.
Collapse