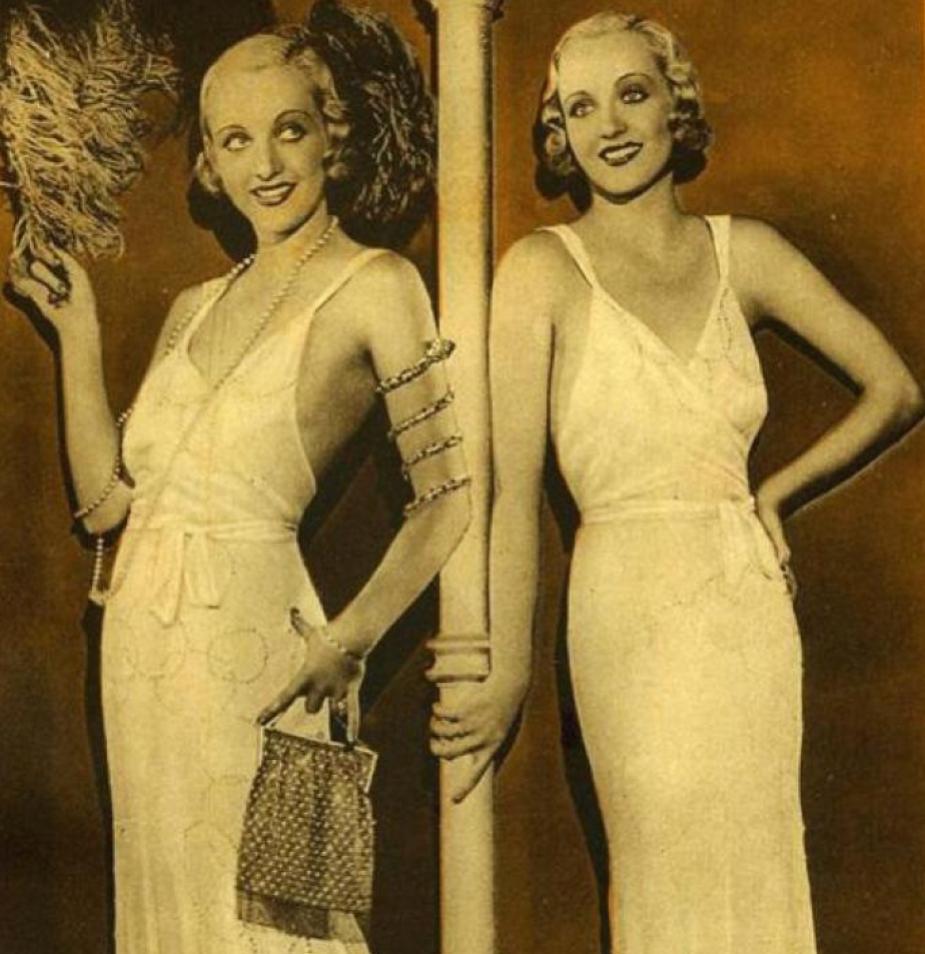 Many Carole Lombard fans believe she possessed a particular sort of magic...but the power to duplicate herself? Who does she think she is -- Jeannie? Samantha? Sabrina? And which one is the "evil" twin?

If you've never seen that particular pic of Carole x 2, there's probably two good reasons. First, it's from July 30, 1932. Second, it's from a Spanish-language magazine...Films Selectos, which we've discussed here before (most recently one month ago in http://carole-and-co.livejournal.com/674213.html). In fact, here's the page in full: 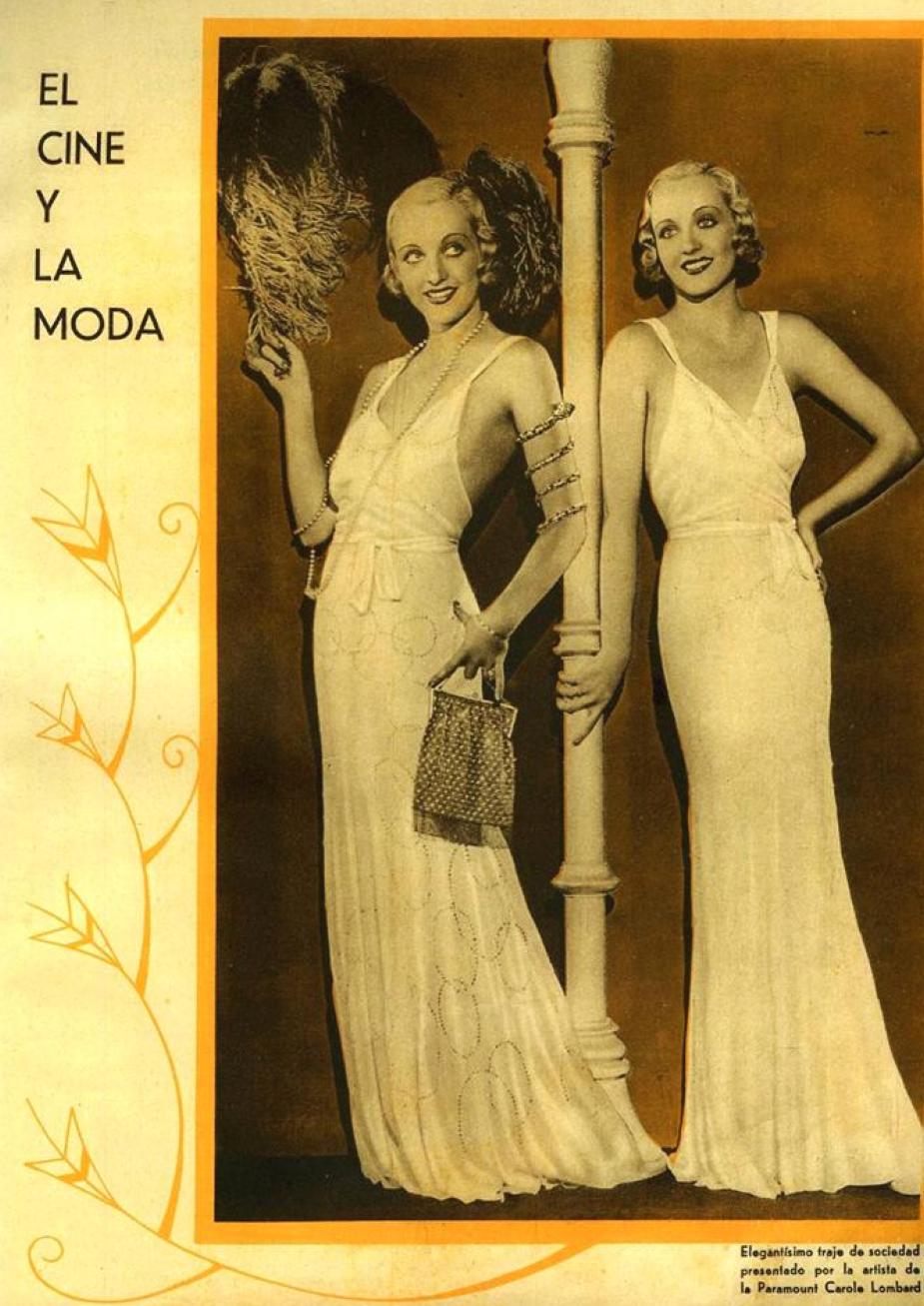 I'm guessing the image on the right was cut out and superimposed on the photo at left to give us double our daily dose of Lombard.

Carole graces two issues of Films Selectos, appearing on the cover of one printed sometime in 1937: 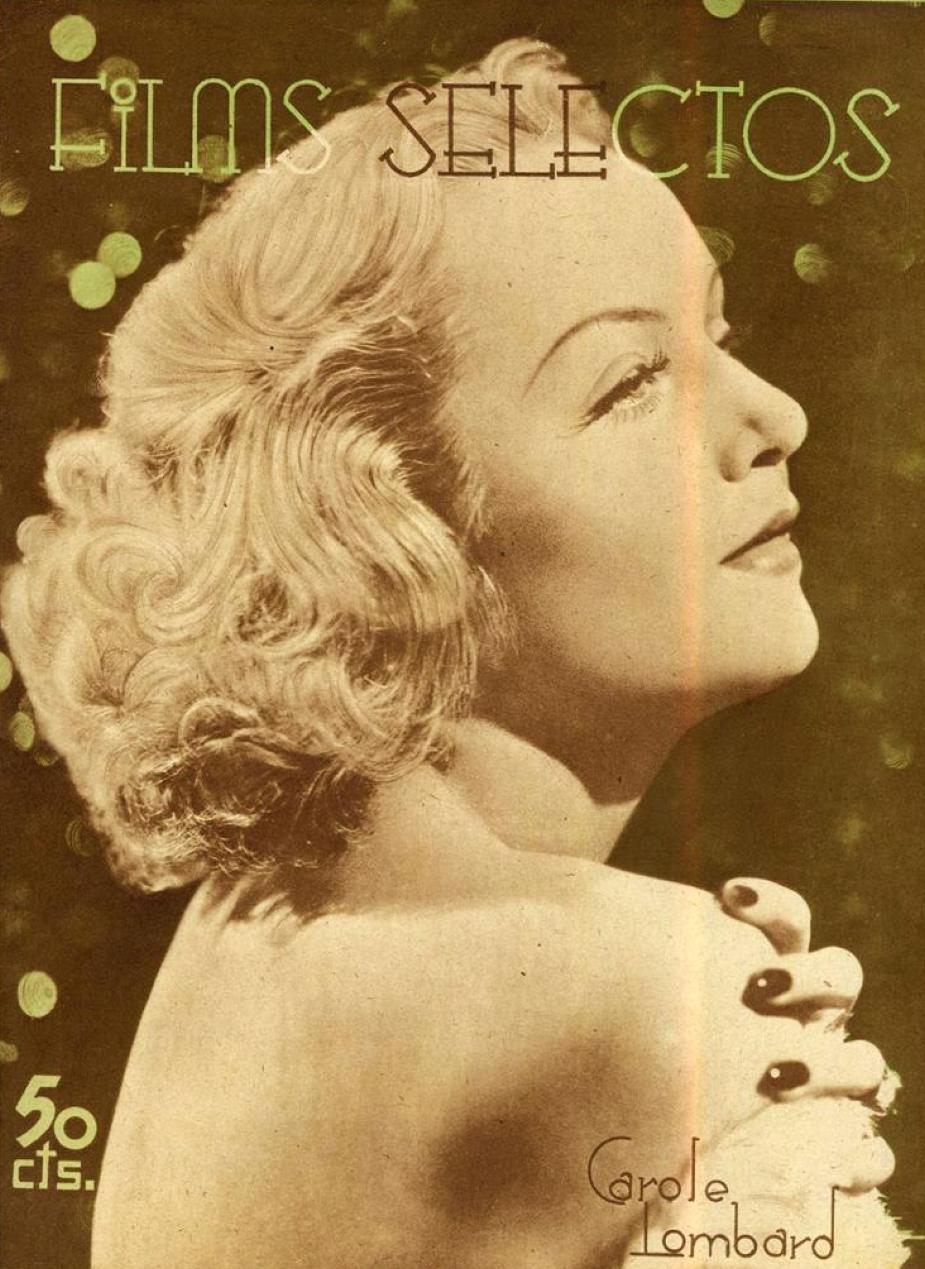 Both have plenty of non-Lombard goodies, too. For example, in that July 30, 1932 issue, you'll find Marlene Dietrich and Clive Brook, from "Shanghai Express," on the cover: 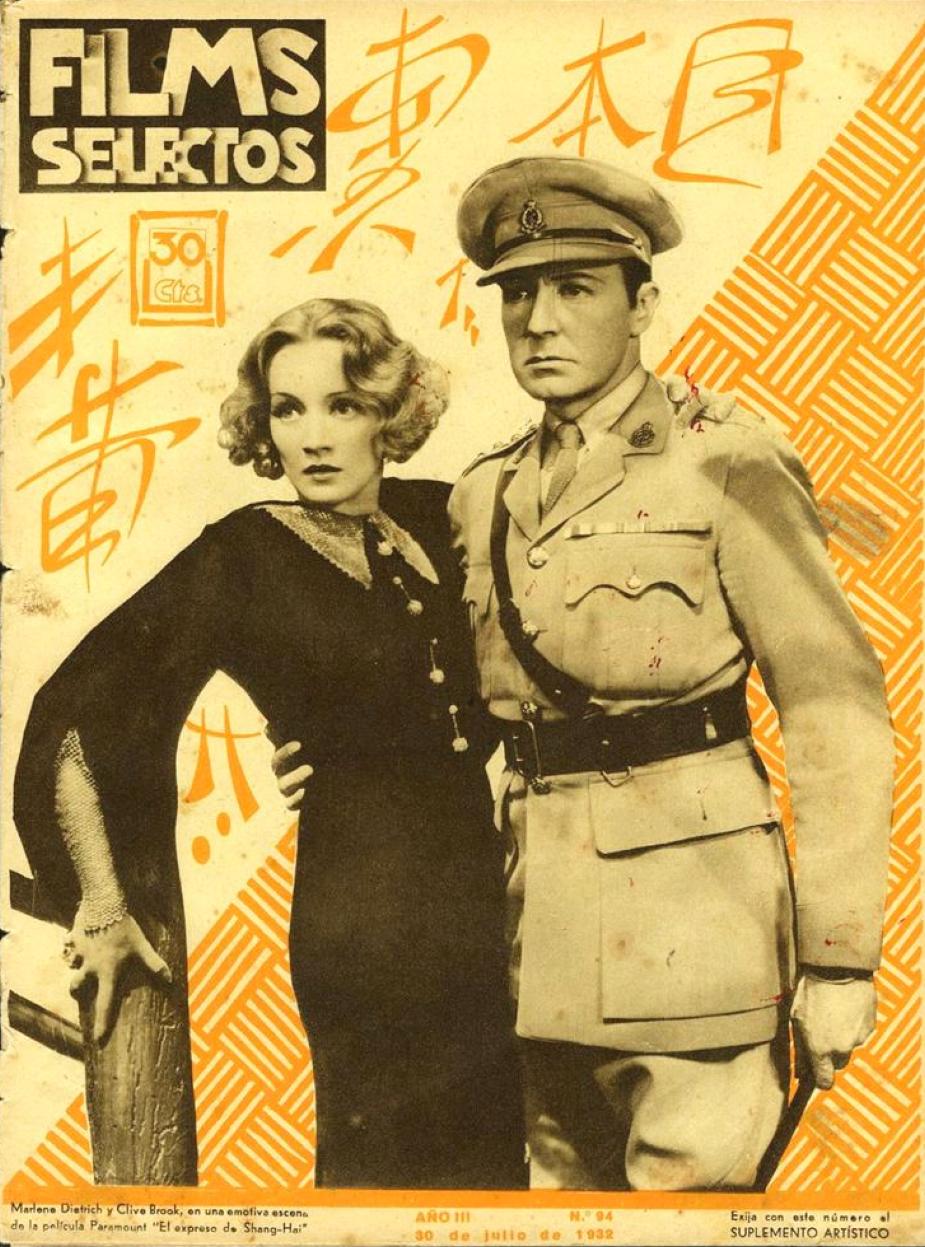 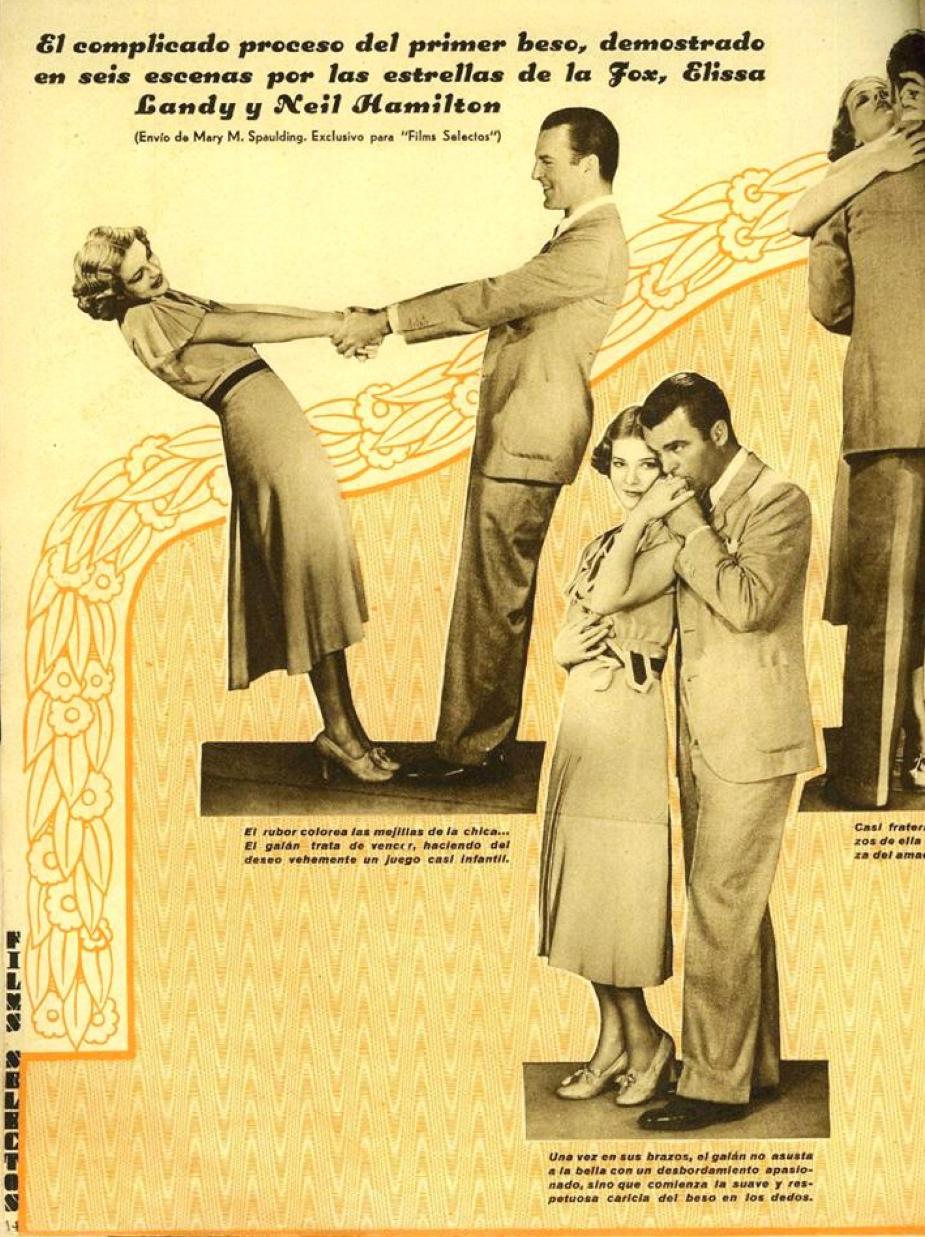 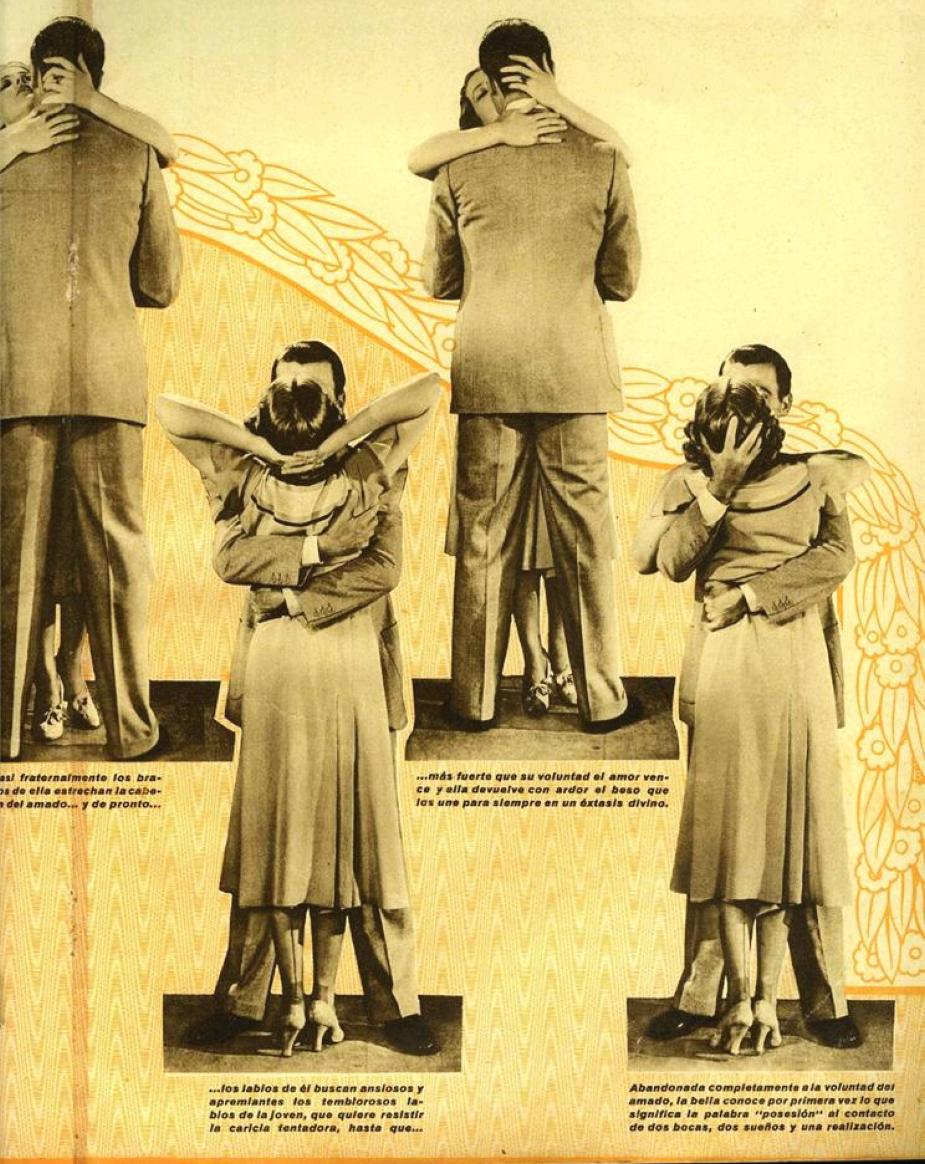 There also are stories on Ginger Rogers (before she was associated with either Warners musicals or Fred Astaire)... 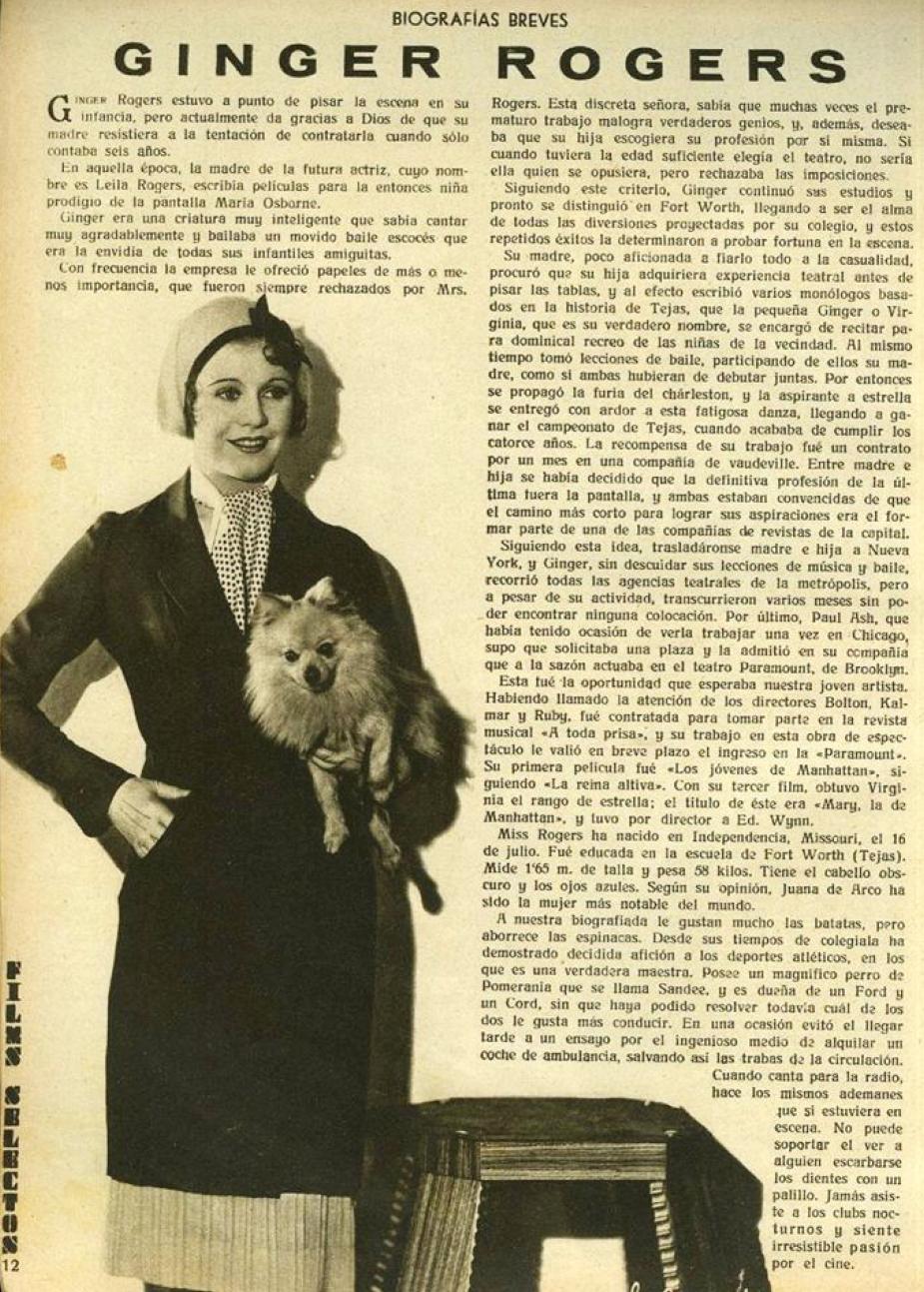 ...and Spanish-speaking favorite Dolores Del Rio (although she was actually Mexican): 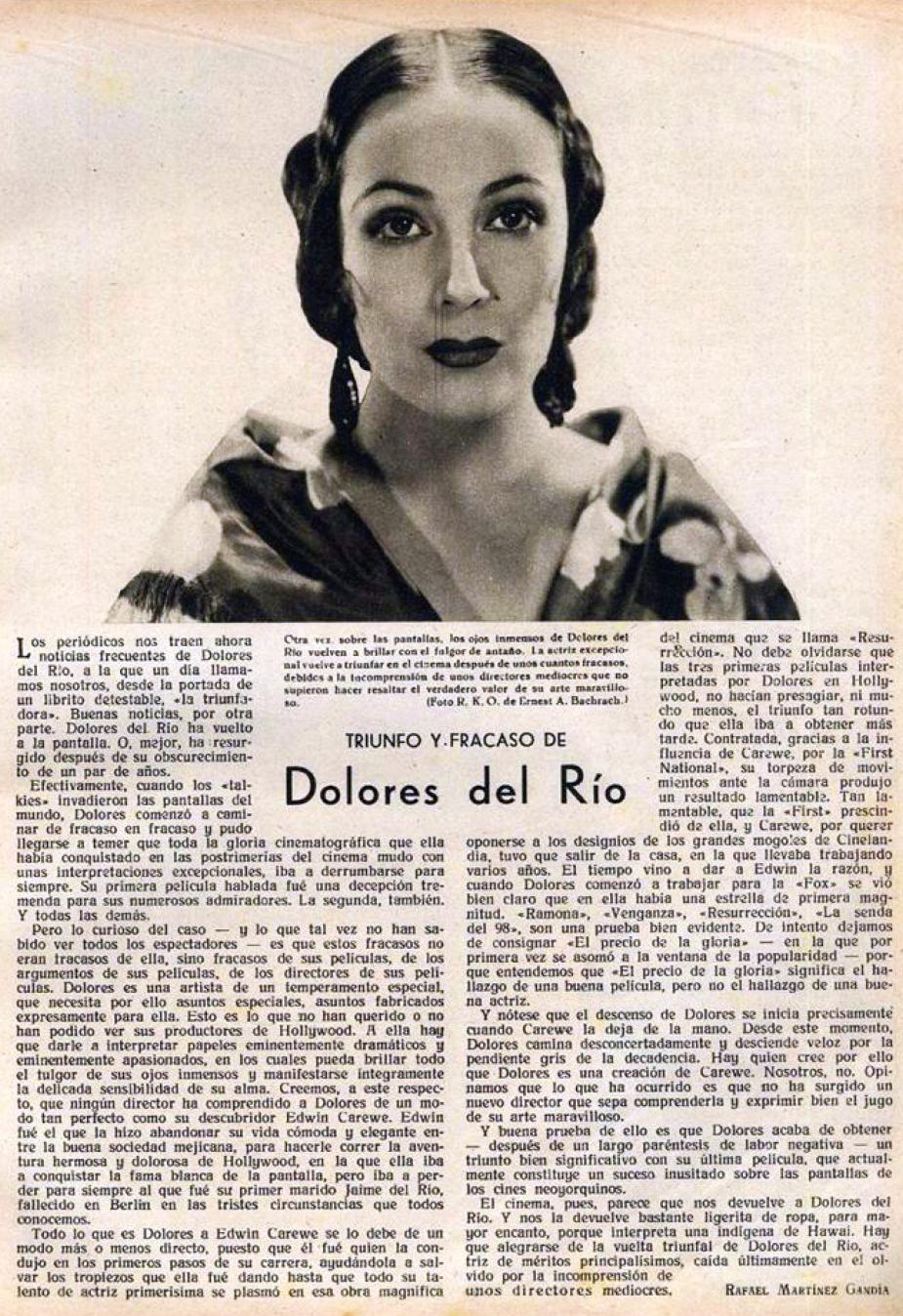 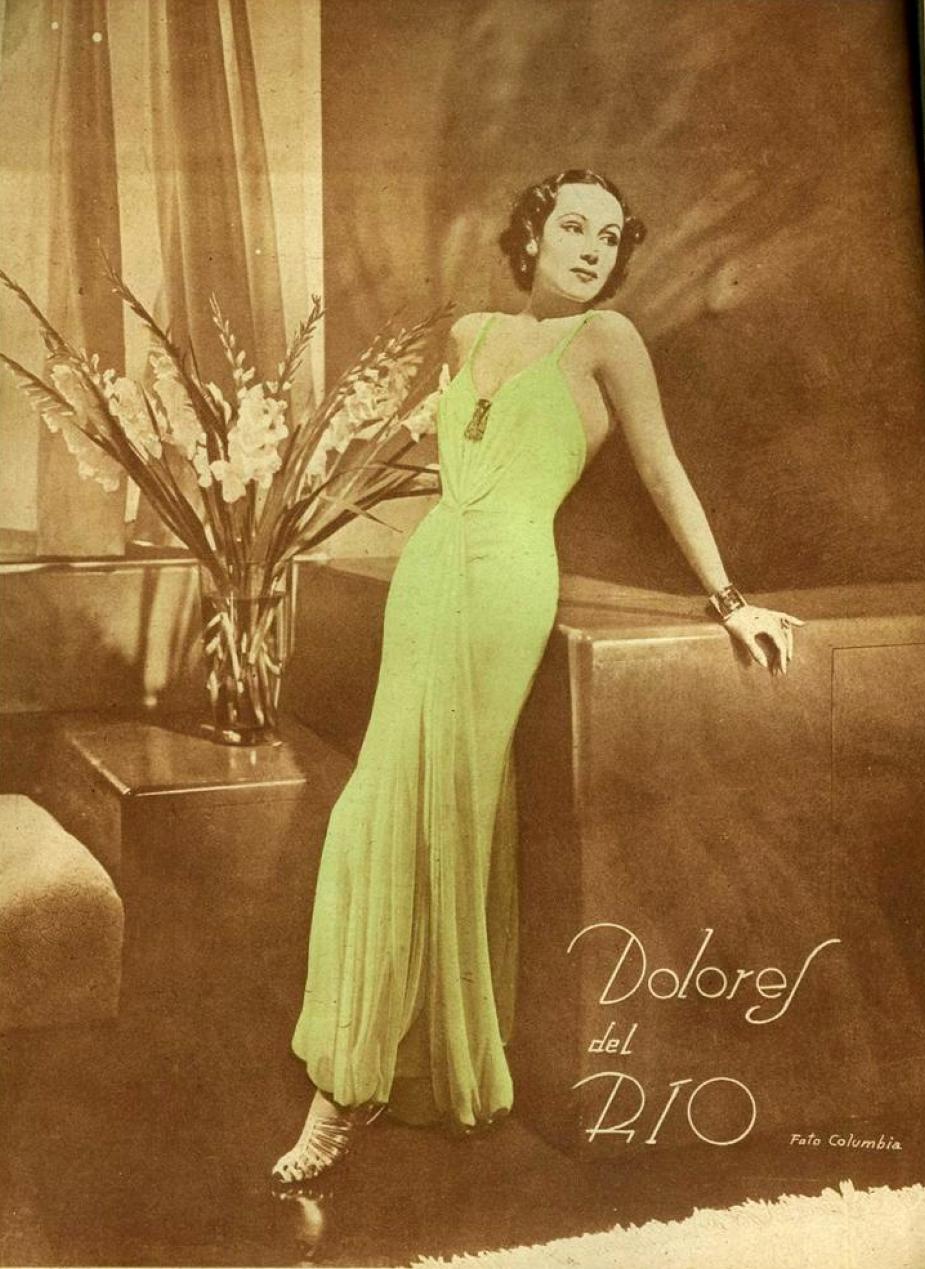 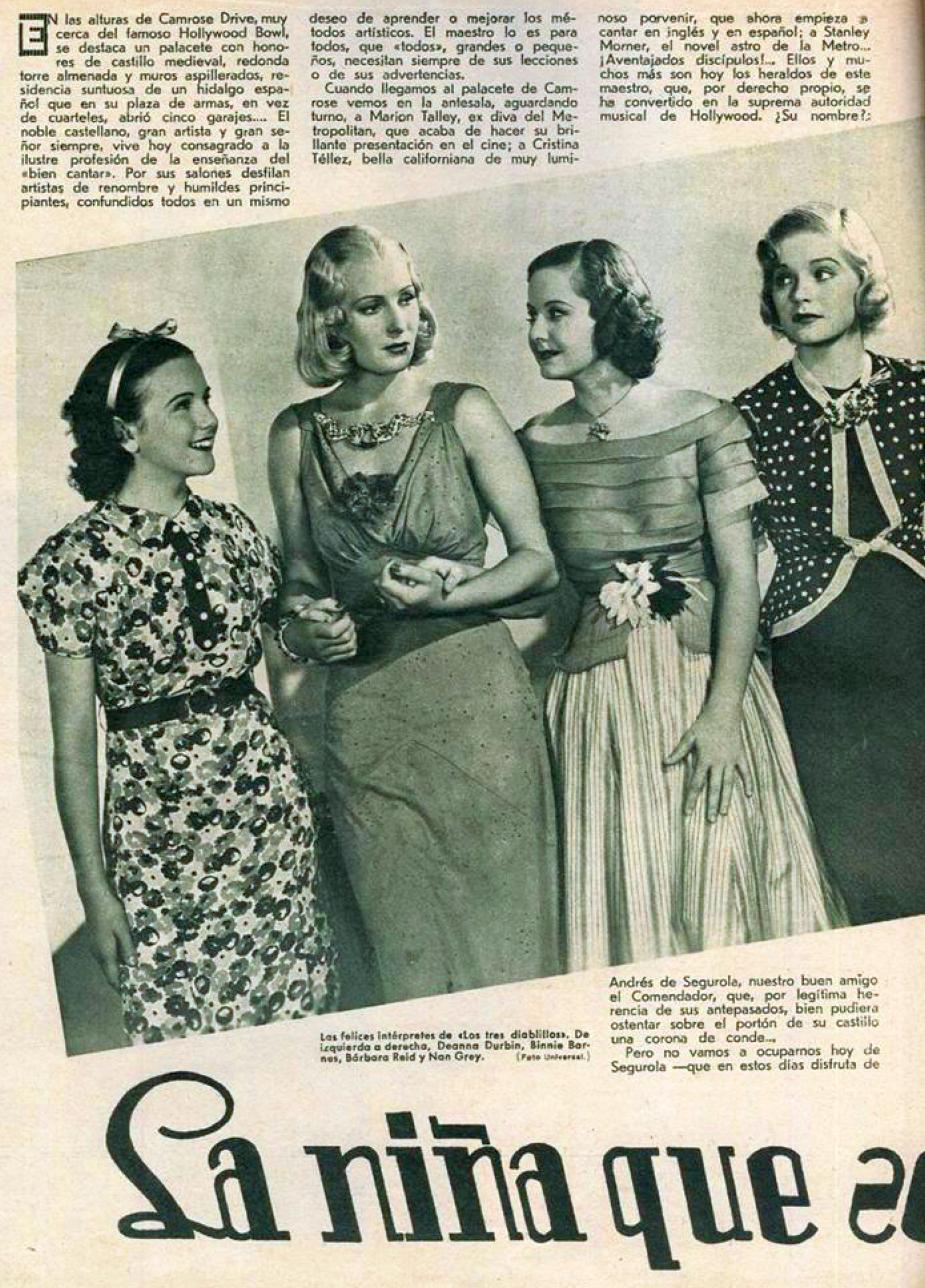 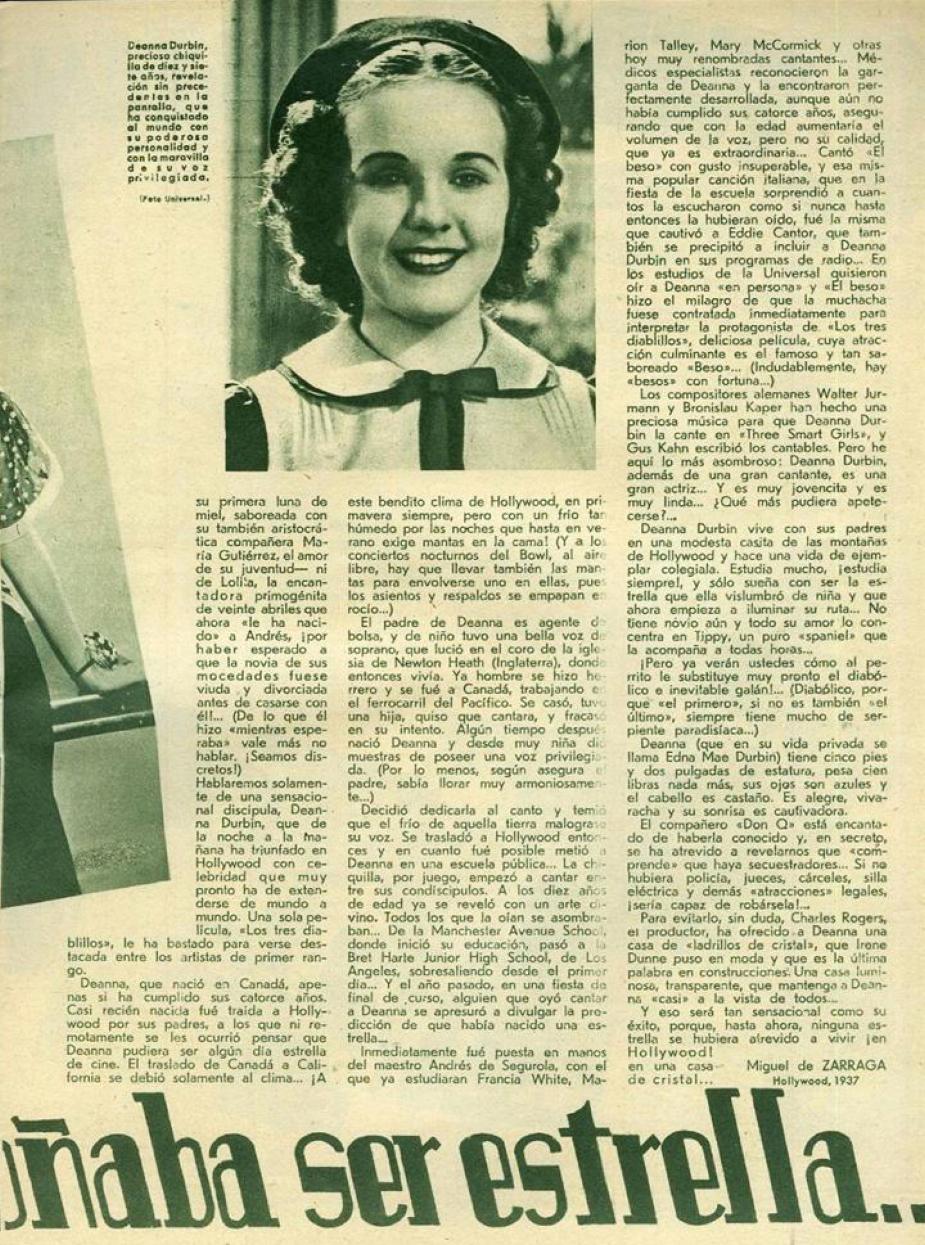 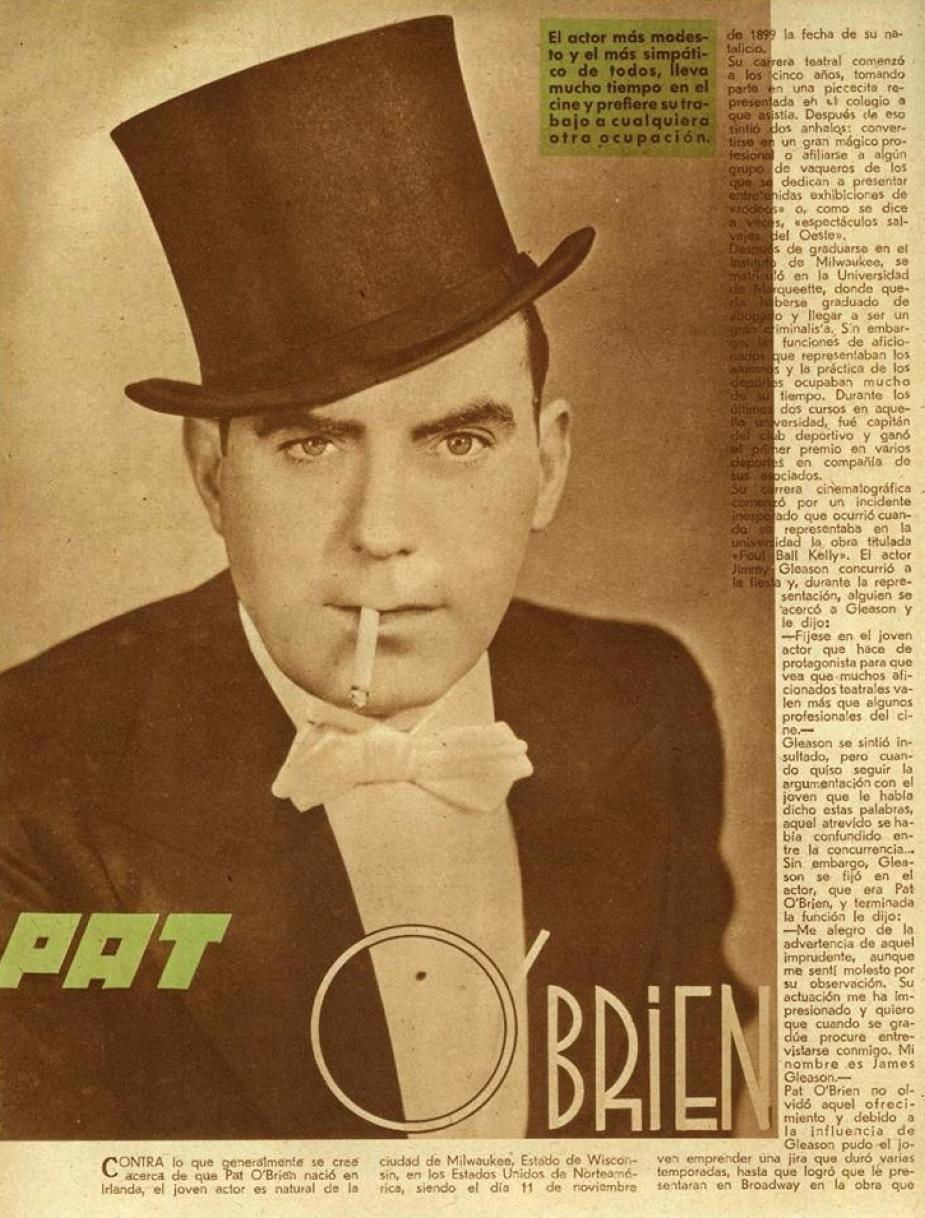 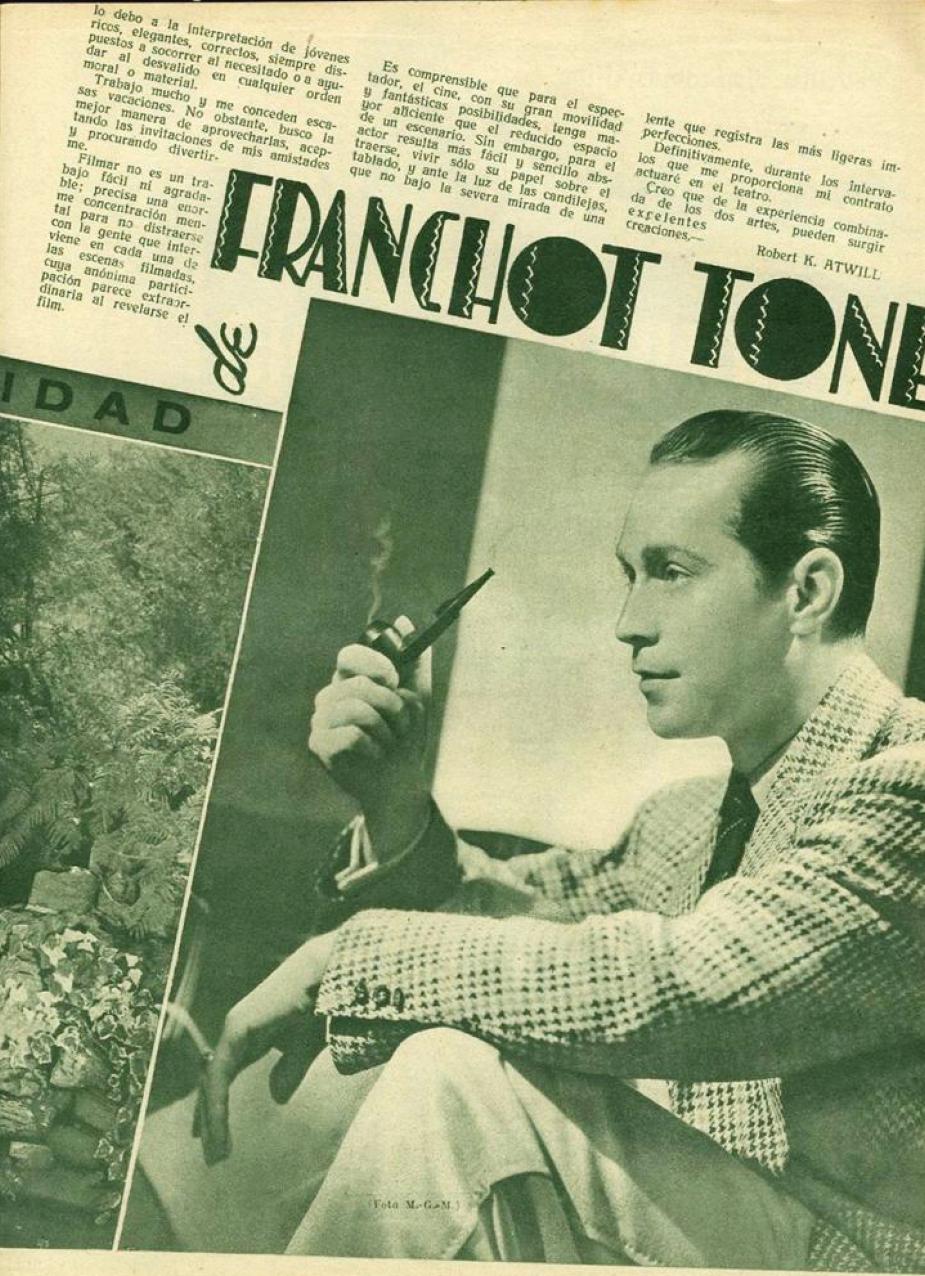 ...and a portrait of Randolph Scott: 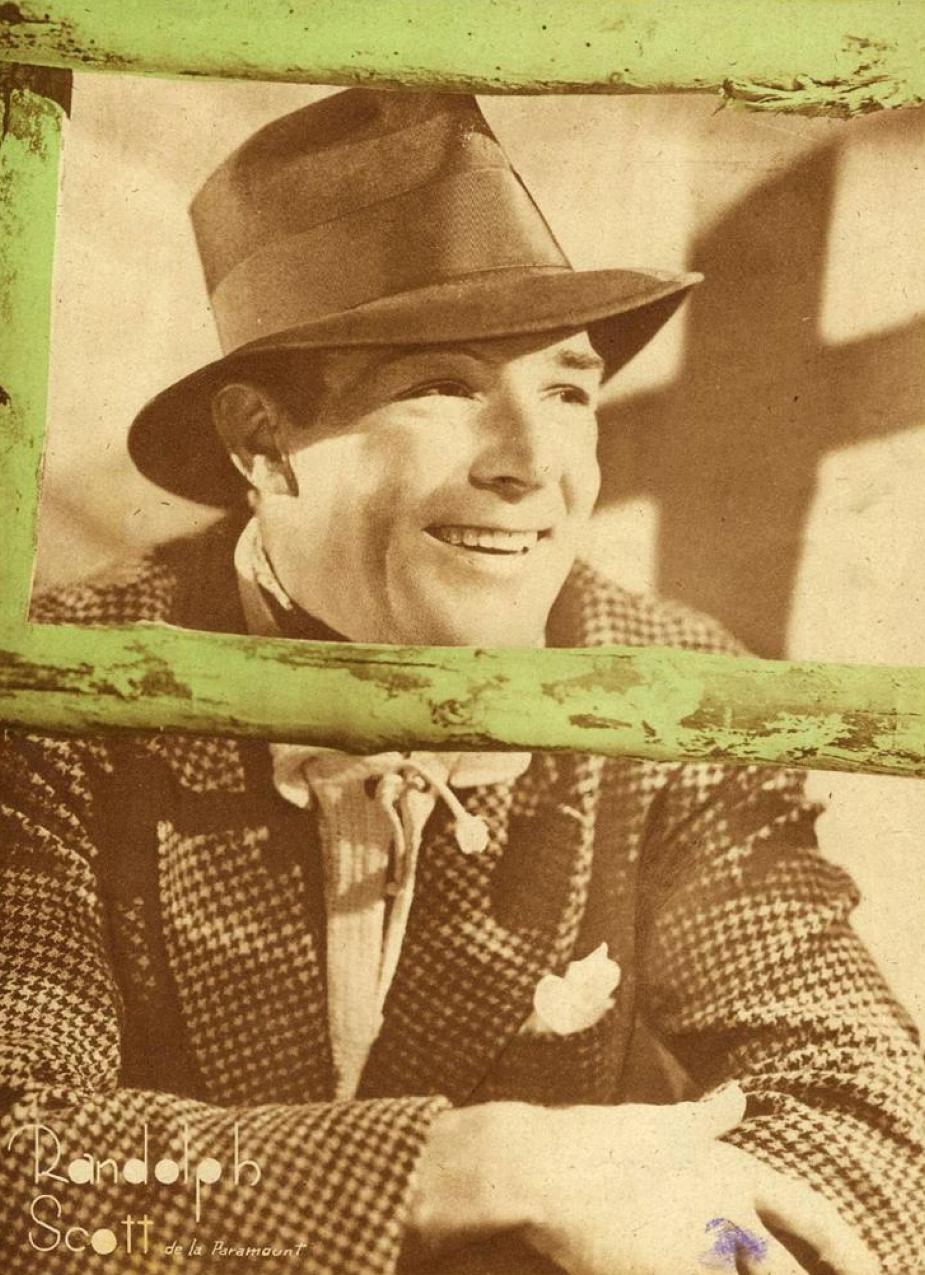 With Turner Classic Movies back to its regular schedule, it means "Silent Sunday Nights" has returned -- and tonight's showing (midnight Eastern, 9 p.m. Pacific) is one you shouldn't miss. It's "Girl Shy," for my money Harold Lloyd's greatest achievement...and that's taking nothing from his masterpieces "Safety Last!", "The Freshman" and "Speedy."

Arguably the most clever plotline of Lloyd's career, he plays a nebbish who yearns for a girl and through a book he writes about the secrets of making love, earns several thousand dollars (although the publishing house mockingly renames his manuscript "The Boob's Diary"). When he learns the gal he loves is about to marry a bigamist, he does all he can to stop the wedding. (Yes, the premise later was used in "The Graduate," and Lloyd attended that 1967 classic's scene as a guest of director Mike Nichols.)

The key to "Girl Shy" is a hilarious, yet thrilling chase scene using an array of transportation modes, including a Pacific Electric streetcar. (It actually didn't travel as fast in real life, one advantage of silent cinema.) Variety wrote of this sequence, "The last two reels move along so fast, with so many thrills, that the average audience is going to stand up and howl." The chase scene provides a splendid snapshot of Los Angeles circa 1924, so let's experience this three-minute segment from the film: