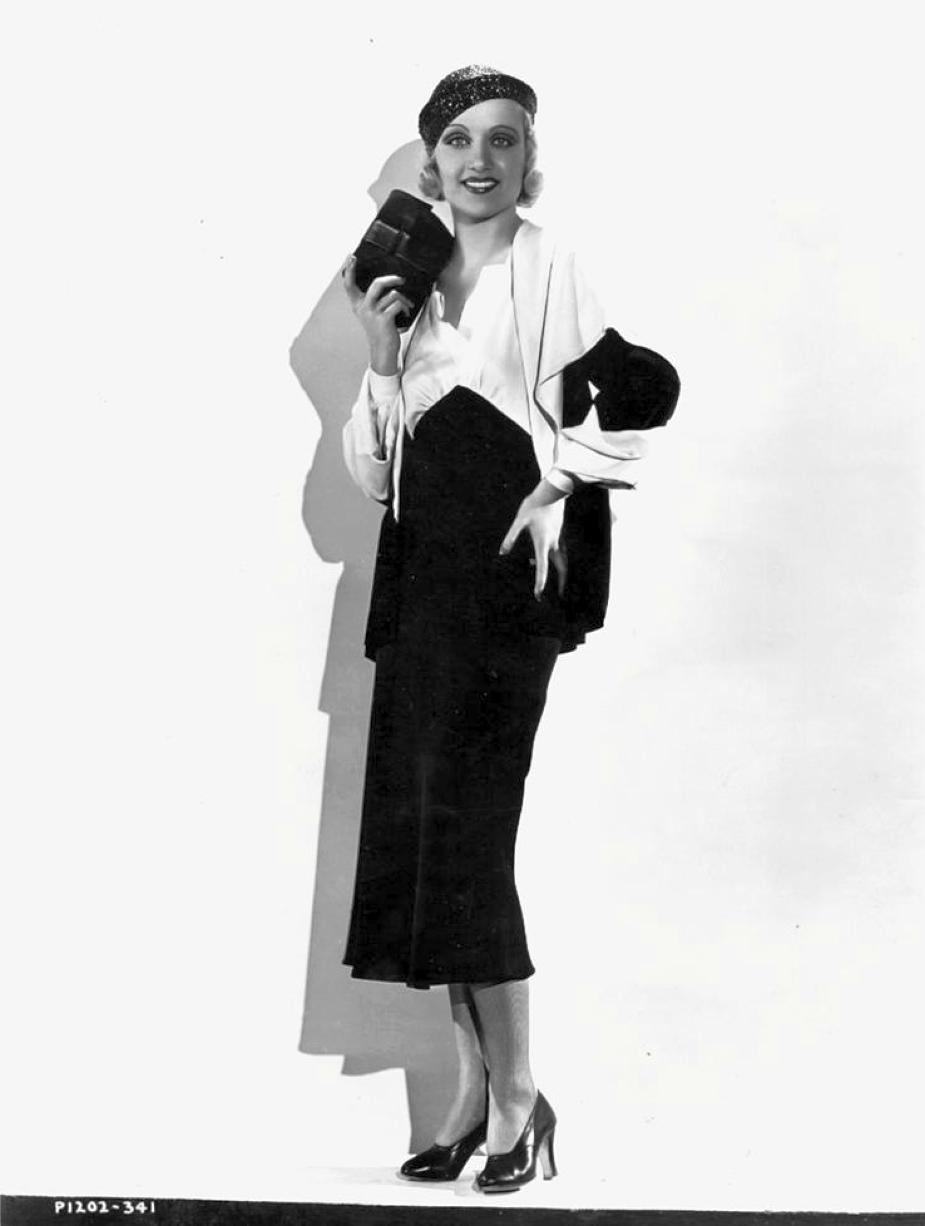 "Do I look stylish or what?" Carole Lombard appears to be saying, and by 1932 standards, the answer unquestionably is "yes." It's Paramount p1202-341, part of an array of relatively obscure Lombard images from the same seller who is offering the photo of Carole at a tennis tournament that was part of yesterday's entry.

There are a total of 16 Lombard pics, all but one of them selling for $125 straight up or you can make an offer. We'll run a few that appear unfamiliar from my many years of examining portraits of her.

Here's one that you may have think you've seen before -- well, at least you've likely seen this hat on her before: 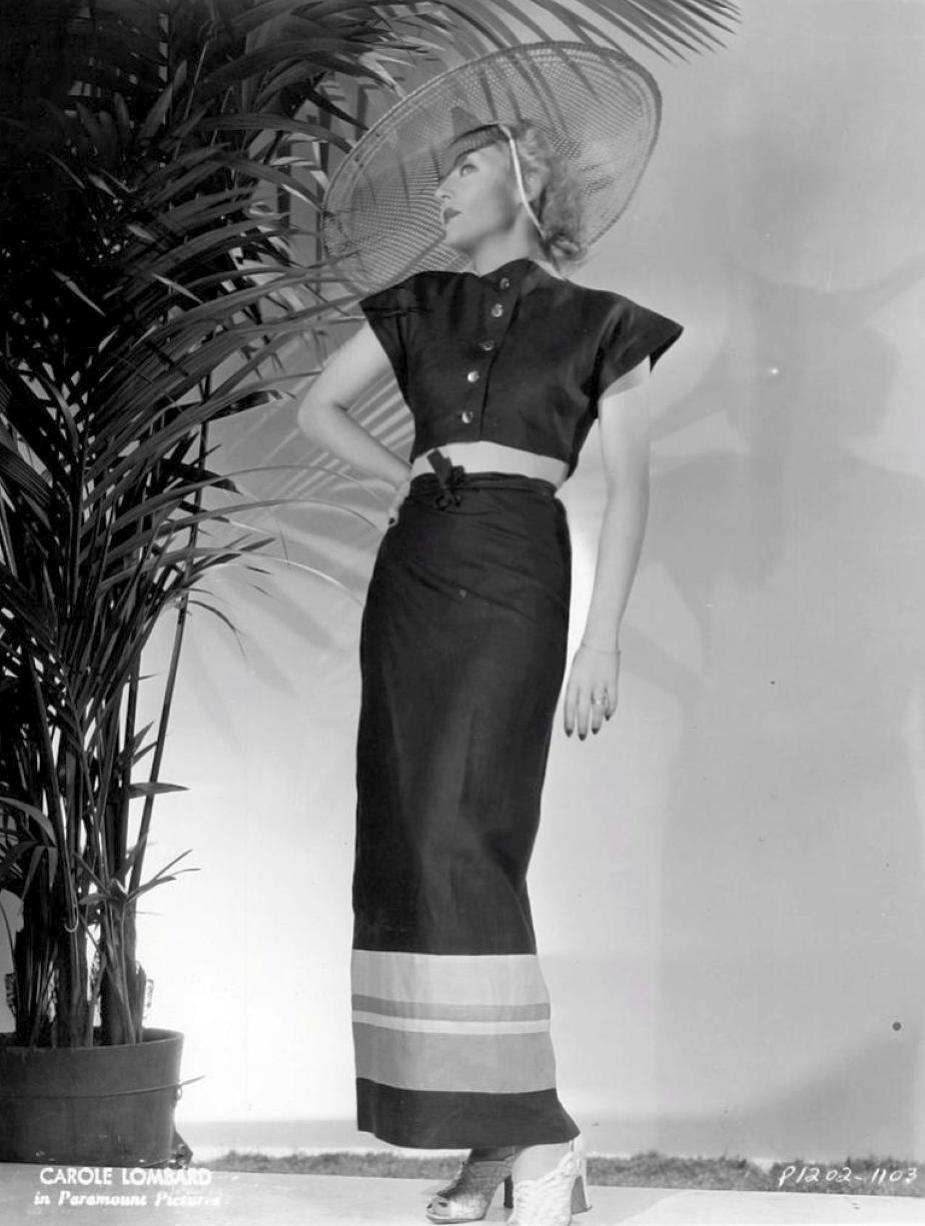 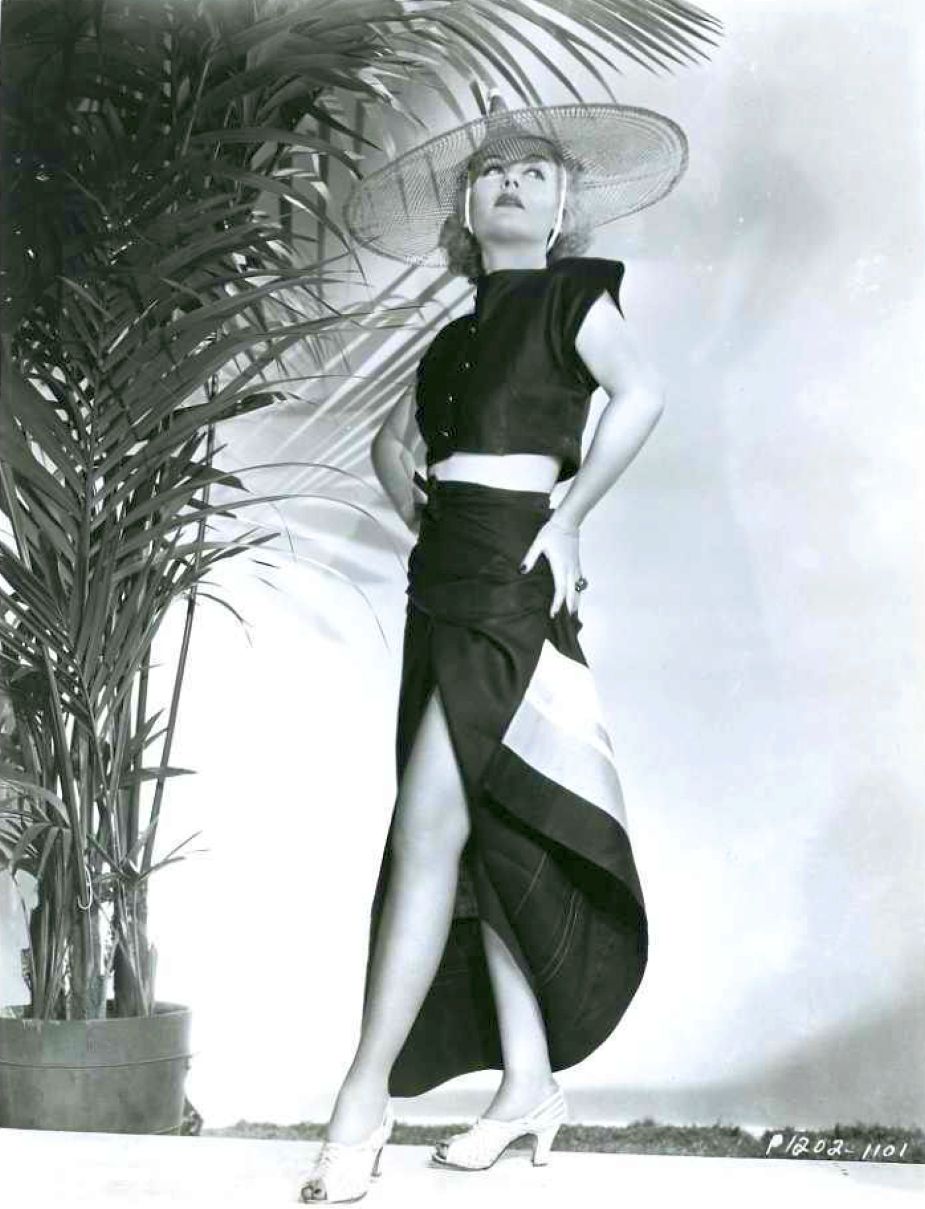 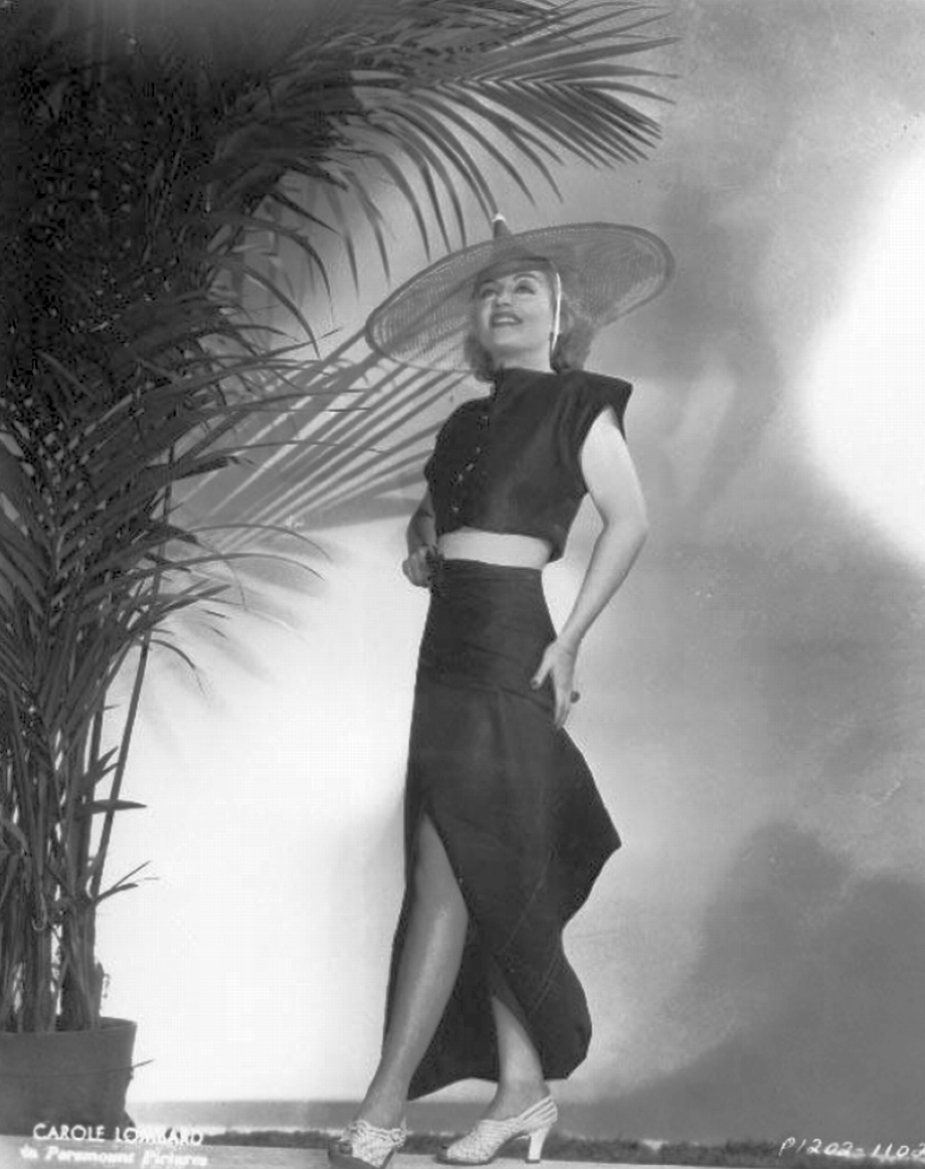 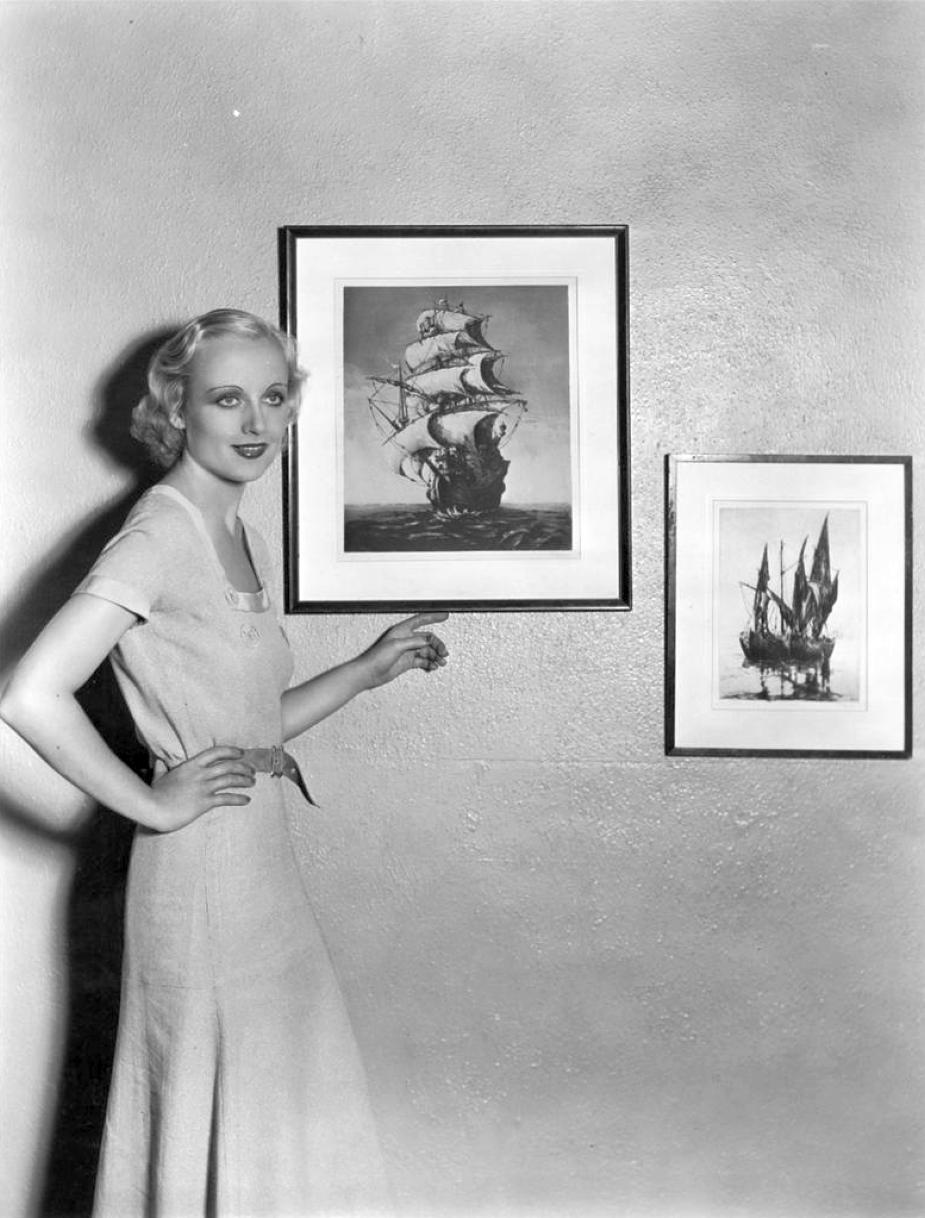 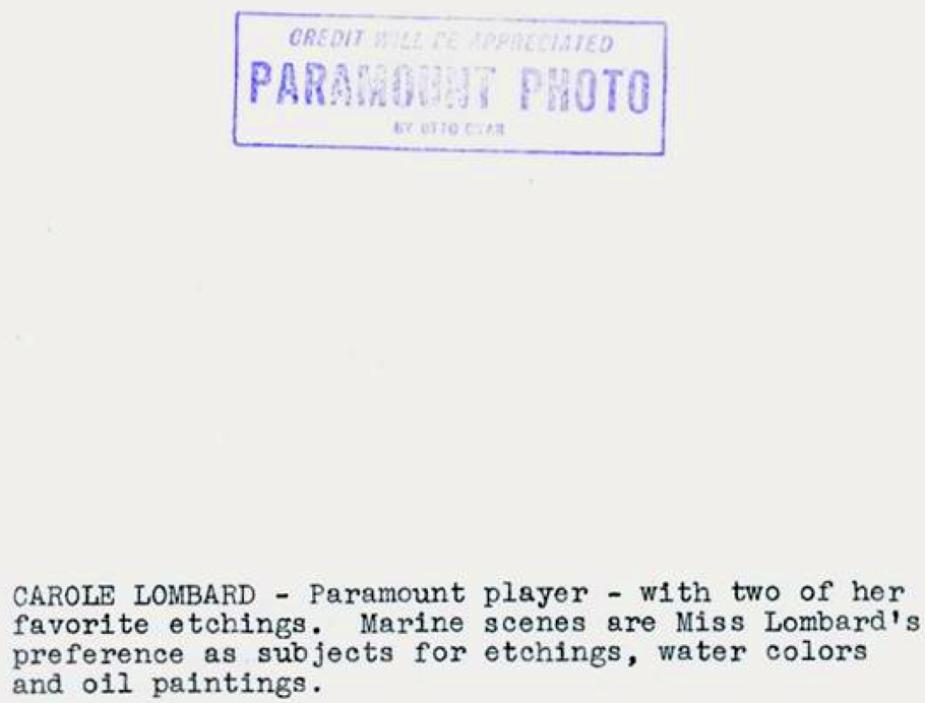 (The reference to "etchings," a word connoting tawdry come-ons to the opposite sex in later decades, brings some ribald amusement to modern minds. The caption gives the impression that Lombard did these herself, but I've never heard any reference that she had this sort of artistic talent.)

The other pic is from Eugene Robert Richee: 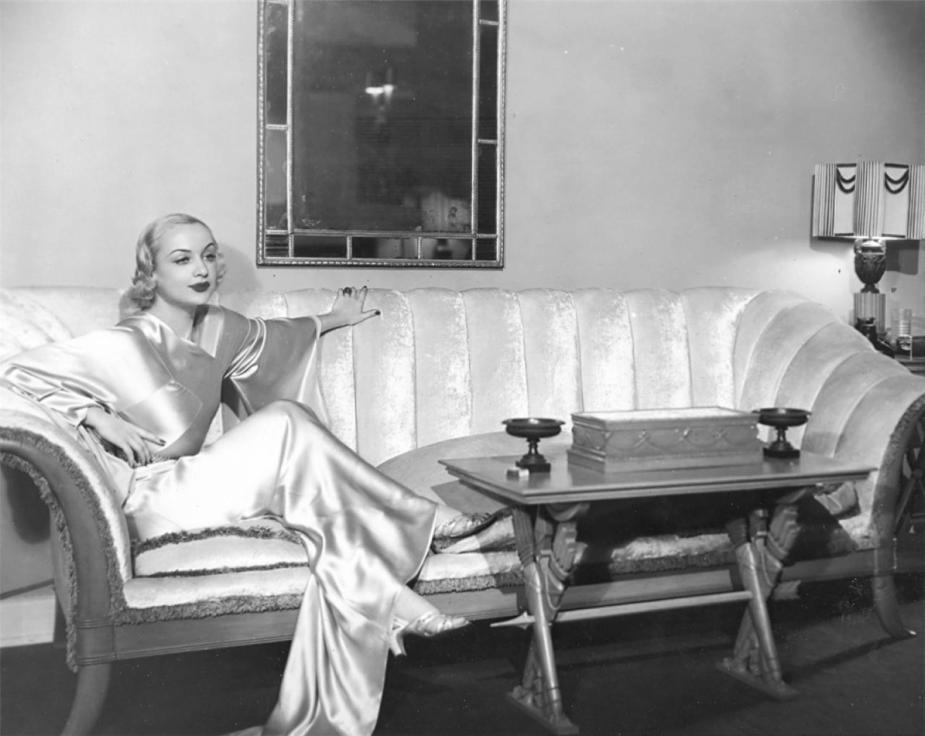 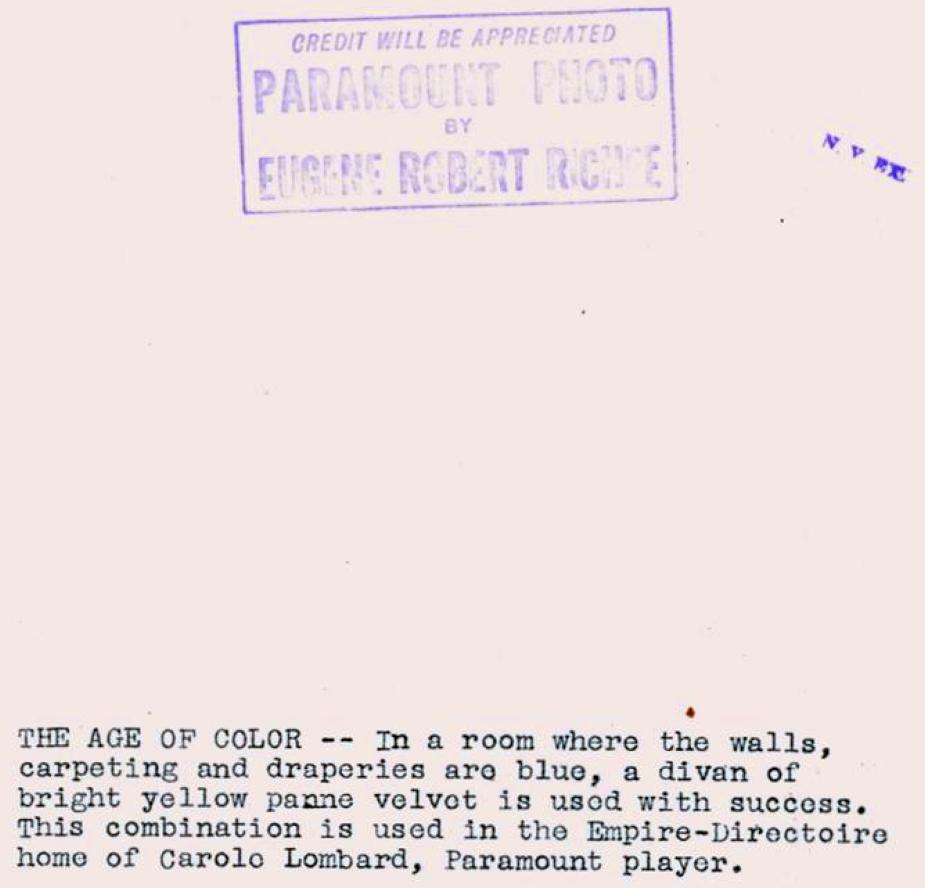 The snipe paints a fashion portrait of Lombard's Empire-Directoire home, though I'm not certain whether it's the place she briefly rented in Beverly Hills or her more famous residence on Hollywood Boulevard.

Finally, a portrait used to promote "Nothing Sacred," though Carole's character of Hazel Flagg didn't wear it in the film: 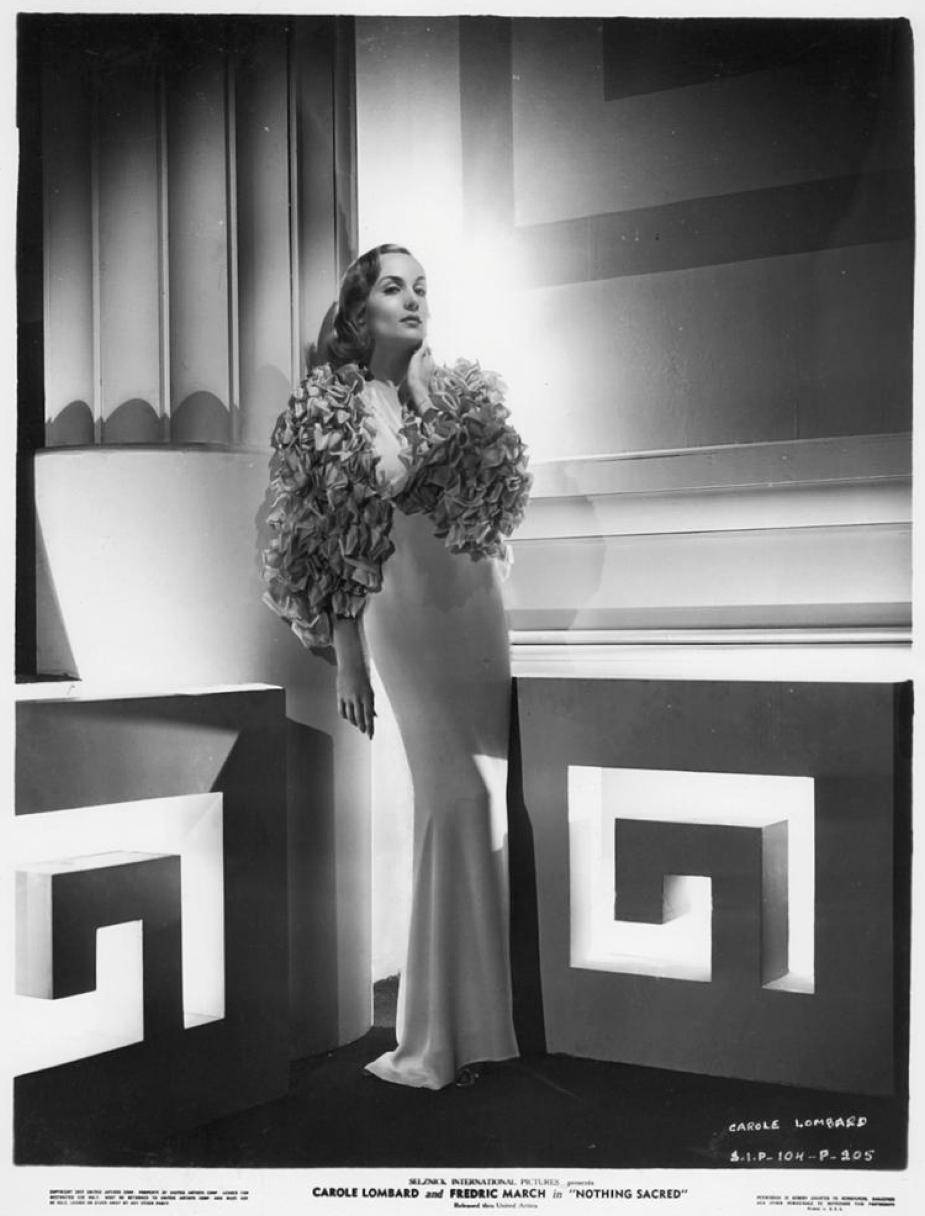 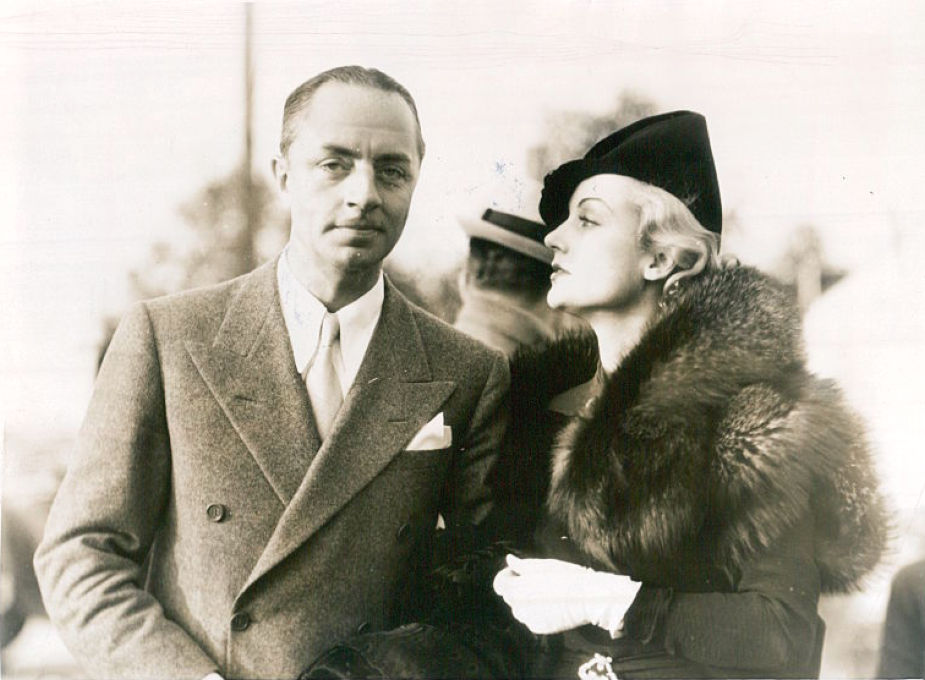 Here's a Carole Lombard-William Powell pic I've never seen before...and thanks to a snipe on the back, we know much more about it: 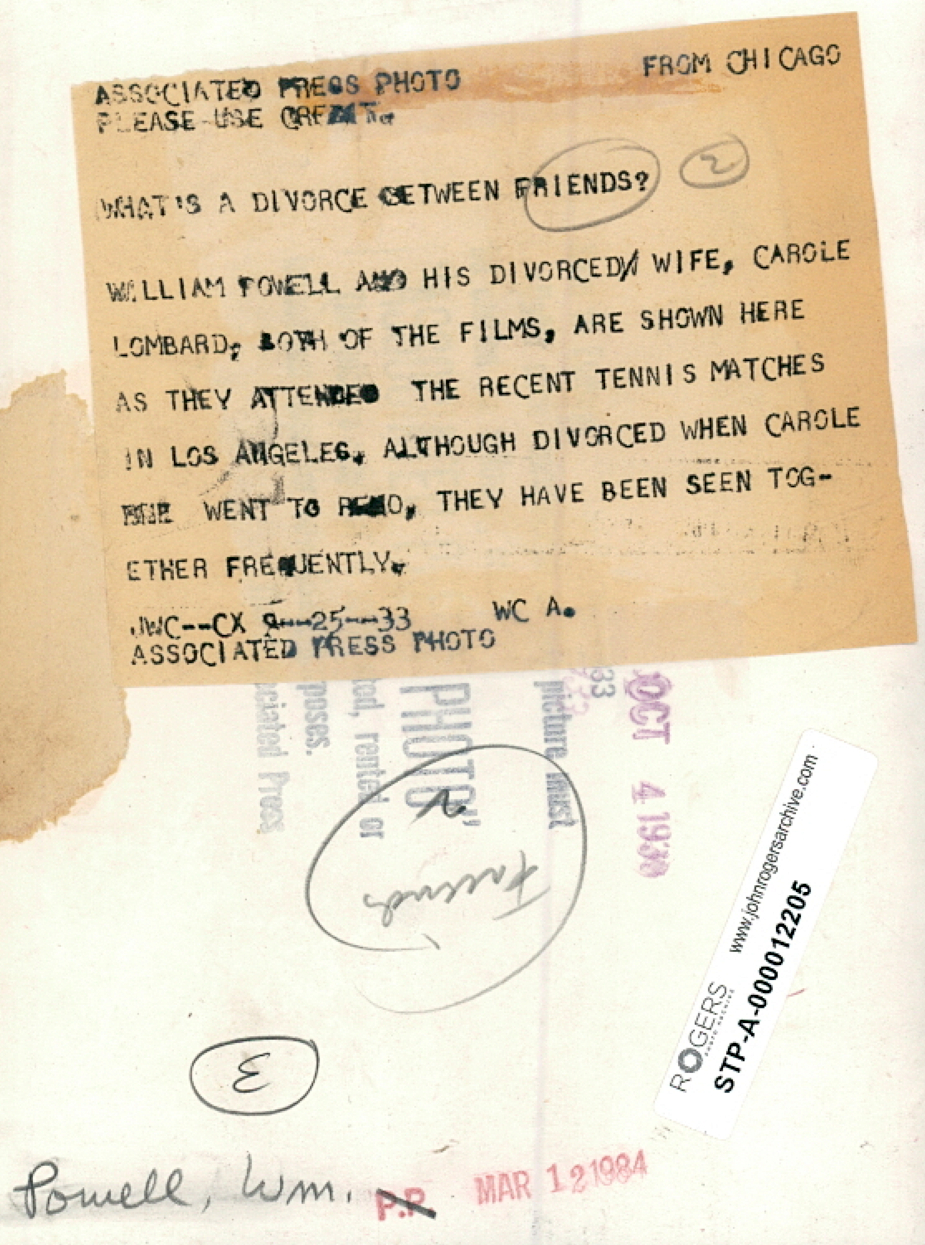 It appears to be from September 1933, a month after their divorce, at tennis matches in Los Angeles...and as the caption notes, they had been seeing quite a bit of each other after their split. (As we know, Carole didn't go to Reno for the divorce, but to Carson City -- http://carole-and-co.livejournal.com/277114.html.) There's a stamp on the back marked either 1933 or '38, and another from March 1984, not long after Powell's death at age 91.