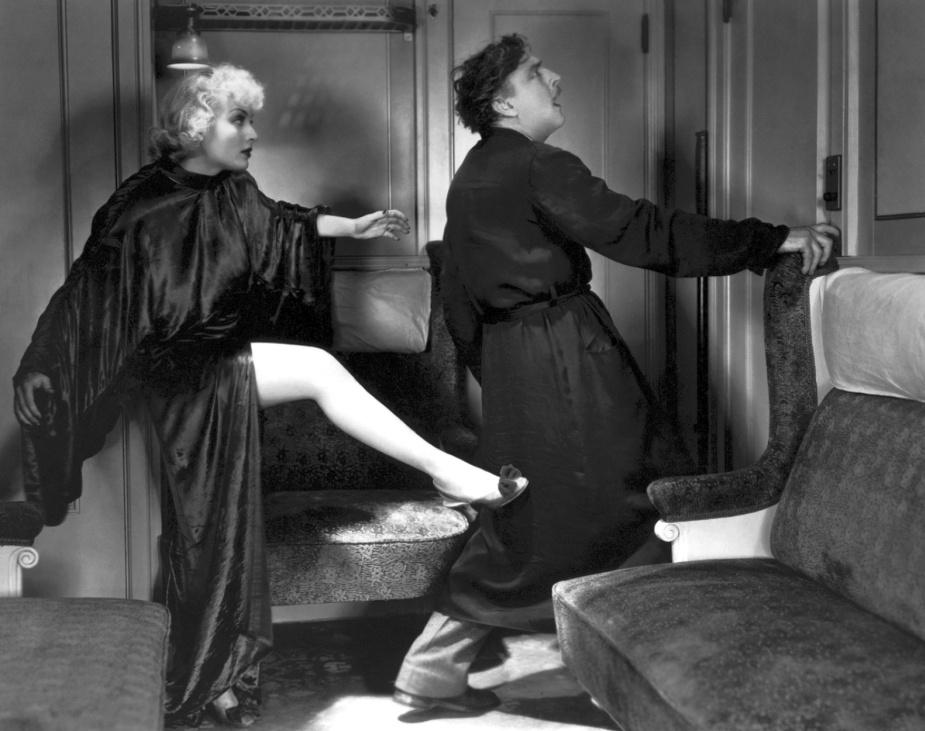 With scenes such as this, no wonder Carole Lombard's breakthrough film, "Twentieth Century," was promoted as "a comedy riot" when it hit theaters in the spring of 1934. But where does the "fighting priest" come in? With the guy posting "repent" stickers aboard the Twentieth Century train? To the Passion Play planned by Broadway impresario Oscar Jaffe (John Barrymore, above getting a kick from Lombard's lovely leg as she portrays Lily Garland, nee Mildred Plotka)?

No, not from either one. Perhaps we should explain -- it's not from "Twentieth Century," promoted on this poster... 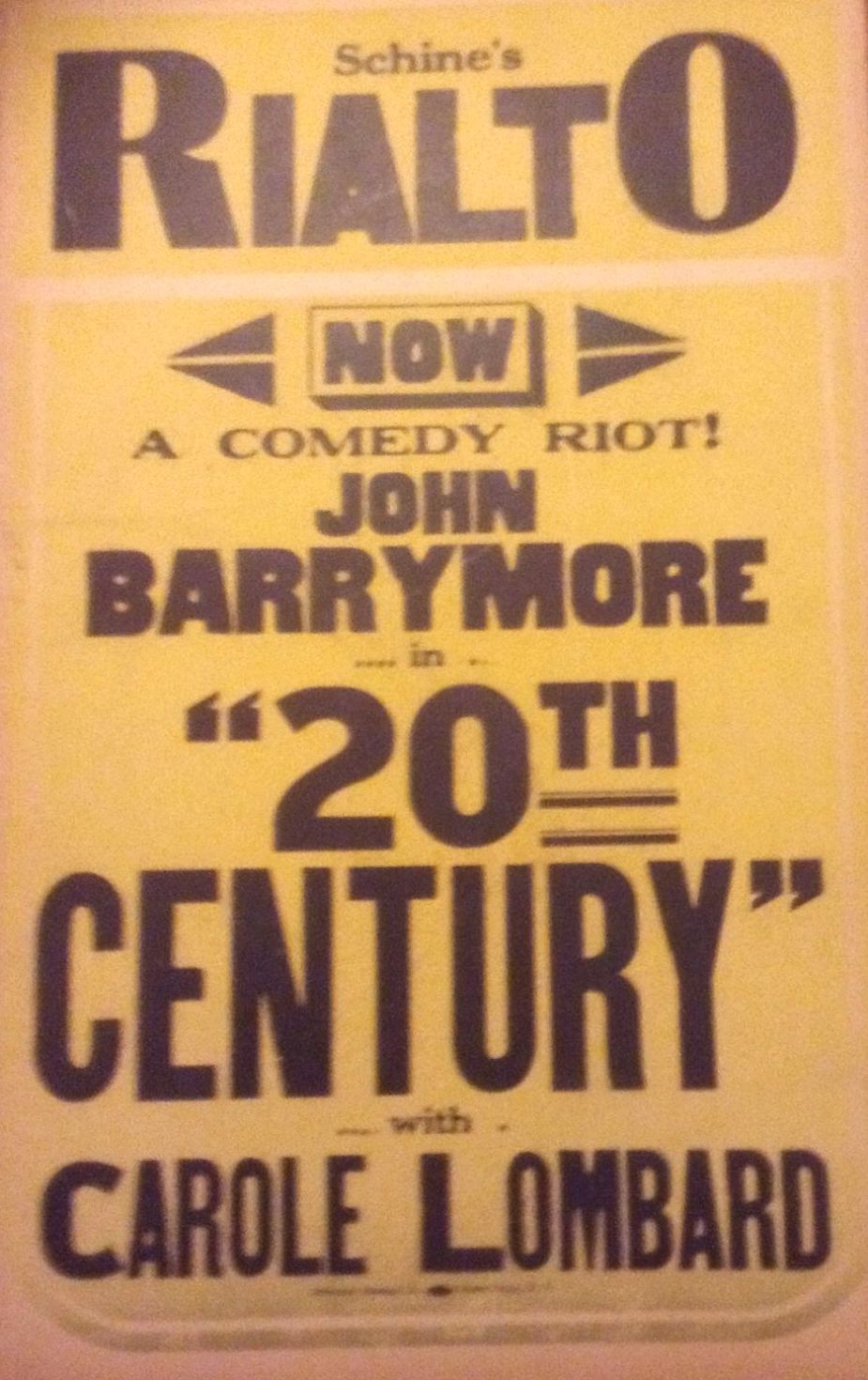 ...but is on the poster promoting this film: 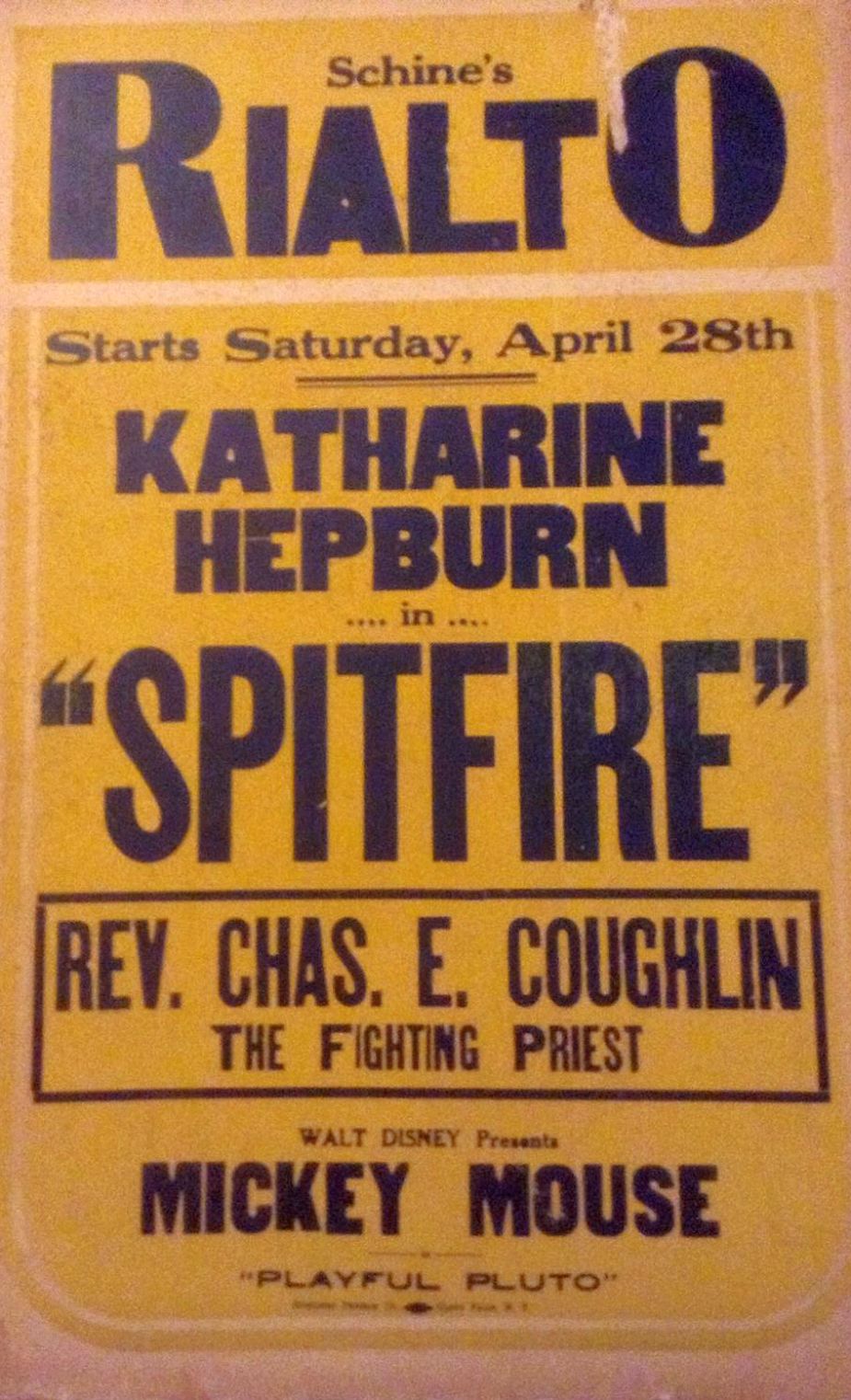 "Spitfire" was Katharine Hepburn's fifth film and also was from the spring of '34, as she plays a wild mountain girl. 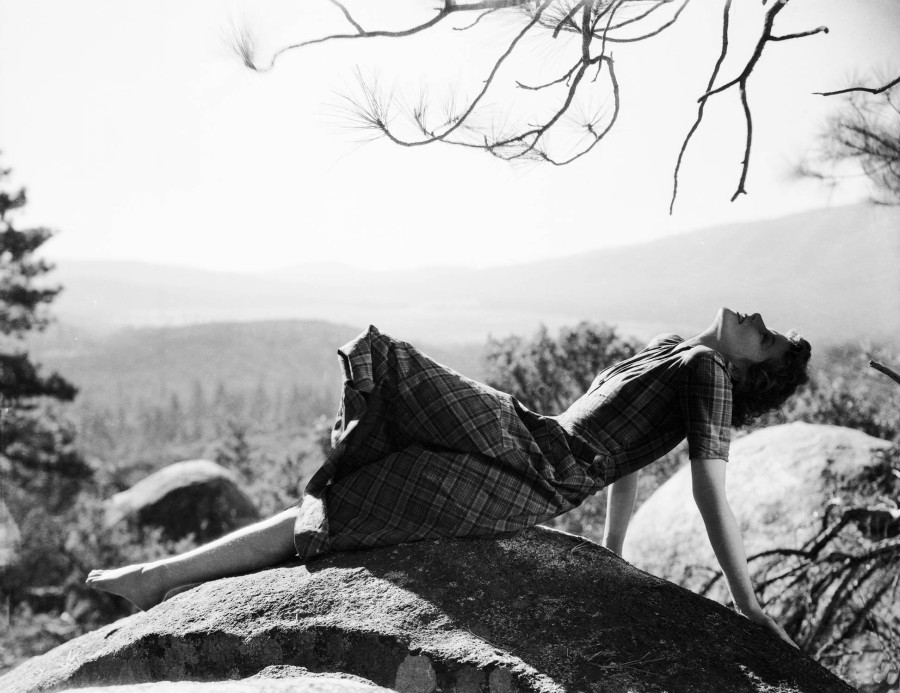 It's not considered one of her better movies.

Lower on the bill, between "Spitfire" and the latest Mickey Mouse offering, was "the fighting priest," the Rev. Charles E. Coughlin. I doubt he made a live appearance at the theater, but instead was shown on a newsreel. Many of you likely have never heard of Coughlin, but he was a key character of 1930s America, so here's a brief description of him: 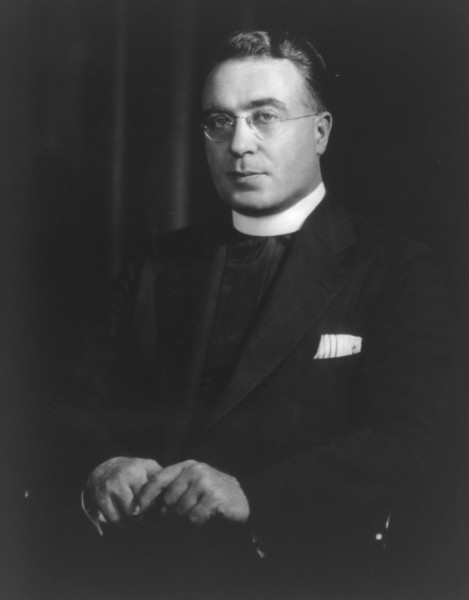 Born in Ontario in 1891, Coughlin entered the priesthood, then moved to Detroit in 1923. Three years later, he was assigned to the Shrine of the Little Flower in suburban Royal Oak, where he gained renown for his preaching. In 1926, he began broadcasting locally on religious-oriented topics, taking his broadcasts to the CBS network in 1930. When CBS officials asked to review his scripts before broadcasts the following year, he left the network and set up his own 36-station hookup. 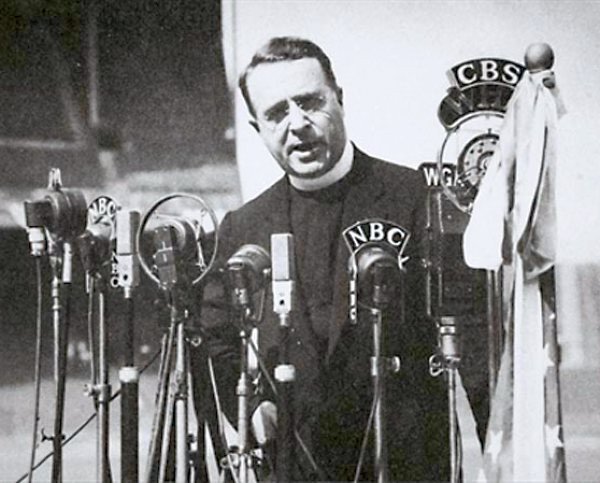 By now, the priest had ventured into political topics. Coughlin was an avid supporter of Franklin D. Roosevelt in the 1932 presidential election, and in early 1934 was a backer of the New Deal. However, sometime during that year he soured on FDR and founded a group called the National Union for Social Justice, which proposed a variety of monetary reforms. He discusses the Federal Reserve in this brief 1936 speech in Illinois:

Coughlin supported the likes of Huey Long until the latter was assassinated in 1935, and as the priest's attacks on Wall Street became more virulent, there increasingly were tones of anti-Semitism in his rhetoric. White House officials urged the Vatican to take action, and under pressure from church hierarchy, Coughlin temporarily retired from broadcasting after Roosevelt's landslide victory in 1936.

Coughlin's hiatus didn't last long; he returned to the airwaves in 1937, though his emphasis on anti-Semitism (in 1938 his organization's magazine, Social Justice, ran installments of the notorious "Protocols of the Elders of Zion") minimized his influence. By 1940, he had left radio for good, and two years later, the Detroit archdiocese ordered him to cease political activity or be defrocked. Coughlin complied, remaining as pastor of the Shrine of the Little Flower until retiring in 1966. He died in the fall of 1979.

With this history lesson over, let's get back to the pair of window cards, from Shrine's Rialto (the upstate New York chain had several theaters by that name, including Amsterdam, East Rochester and Little Falls, N.Y., and we're not sure which theater these cards were for). They are being sold as a tandem for $200; each measures 14" x 22" and are in very good condition. If you want to buy them, go to http://www.ebay.com/itm/1934-Katharine-Hepburn-TWO-Window-Cards-Mickey-Mouse-Carole-Lombard-/111302682814?pt=LH_DefaultDomain_0&hash=item19ea2828be.

Since today is St. Patrick's Day, how about a traditional Irish song in anything but a traditional Irish manner? It's from one of the great voices of the 1960s, Jackie Wilson, who recorded "Danny Boy" in 1965 and had a minor hit. Here, he performs it live, and magnificently. No wonder Northern Irish rocker Van Morrison paid tribute to Wilson in the title of one of his best-known songs.

We previously showed Carole in duplicate -- this time she does us one better, presenting three of her in our latest Lombard LiveJournal header, Paramount p1202-378.
Collapse