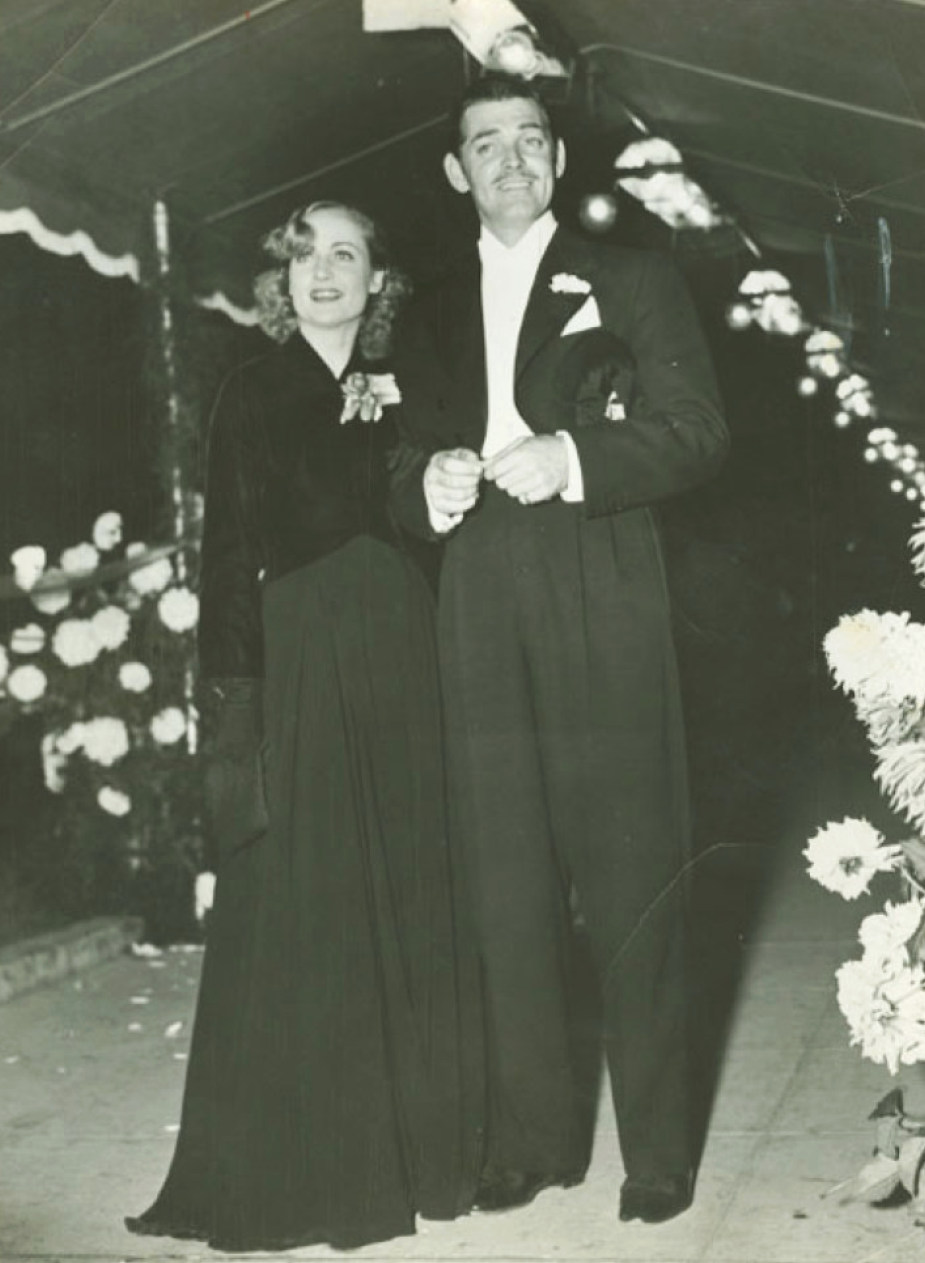 Hardly anyone viewed Carole Lombard as a home-wrecker when she began being seen publicly with Clark Gable in 1936, even though Gable was legally married. It was no secret that Clark and second wife Ria hardly had any social contact, and in the eyes of the public, Carole was an ideal mate for him.

One reason for this acceptance is how each professed their affection for each other in oddly charming and funny ways -- sort of a real-life romantic comedy. The occasional cynic might view it as a tactic to win the approval of millions of moviegoers, but very little of this seemed contrived in any manner; they legitimately enjoyed playing "can you top this" with each other.

The Fawcett fan magazine Screen Play examined all this in its March 1937 issue, in a story entitled "Romping Through Romance": 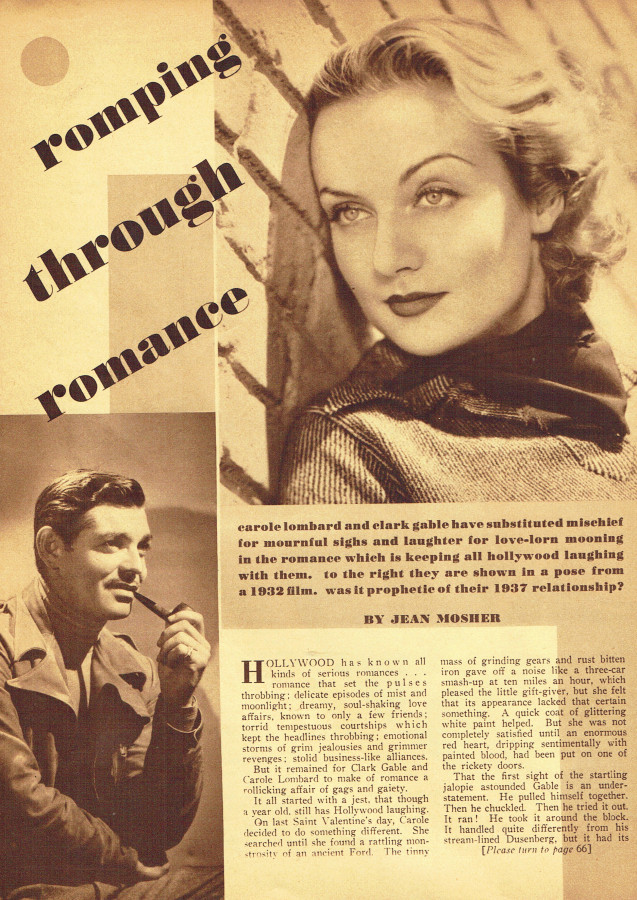 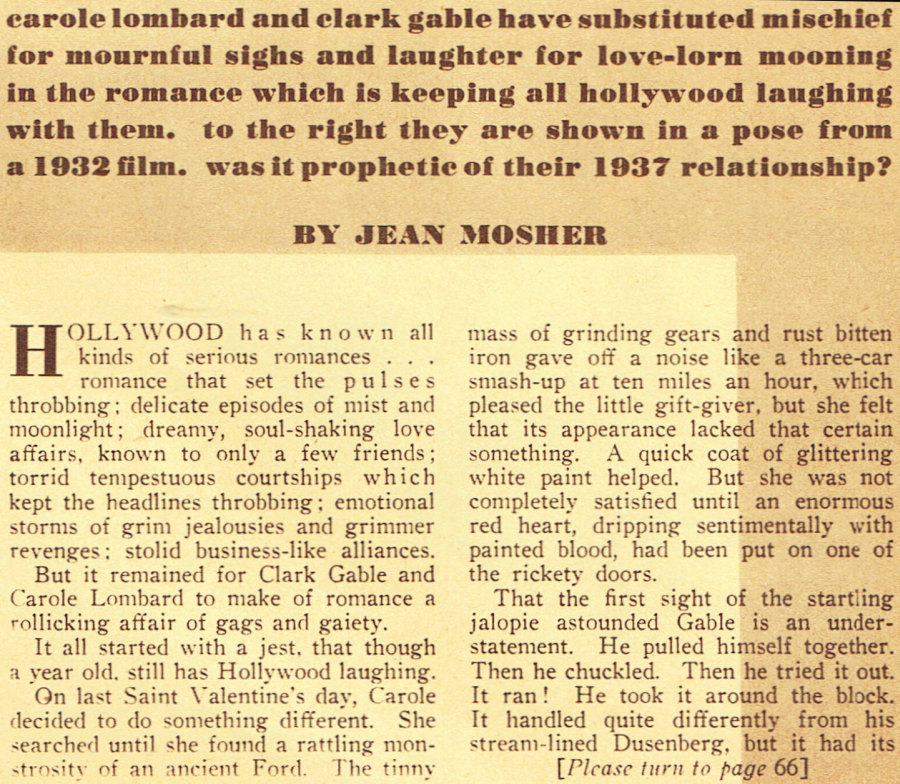 Some splendid anecdotes in that story (the fence-painting, the fire engine)...and I'm sensing that someone at Screen Play's copy desk didn't catch the probable double entendre behind why it was called the "beaver" game. Also, don't you just love that look on Gable's face as Lombard the librarian kisses him in that "No Man Of His Own" still?

There were a few other Carole tidbits in that issue, which featured Merle Oberon on the cover: 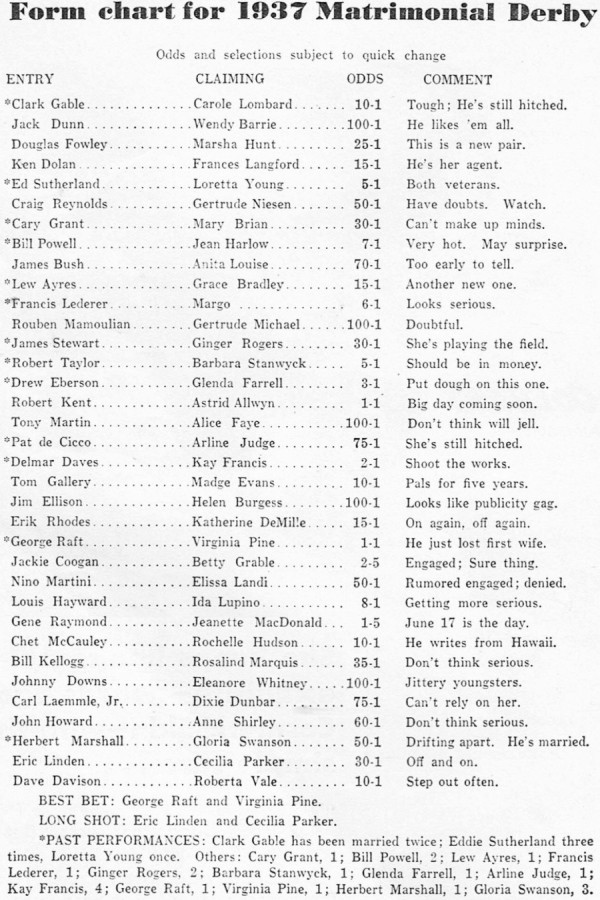 Fan mags must have served as the equivalent of the Racing Form.

And here's some sapphire news involving Carole, from the magazine's gossip segment "Our Hollywood Reporter": 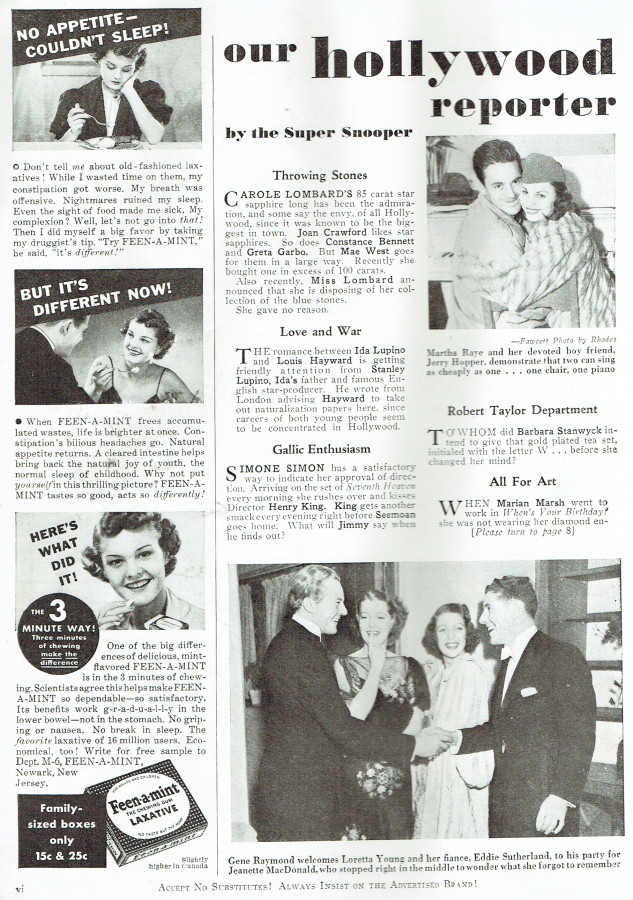 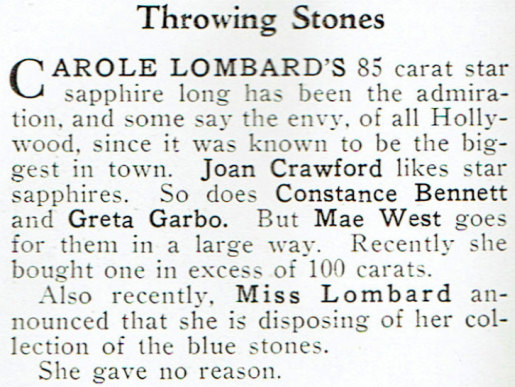