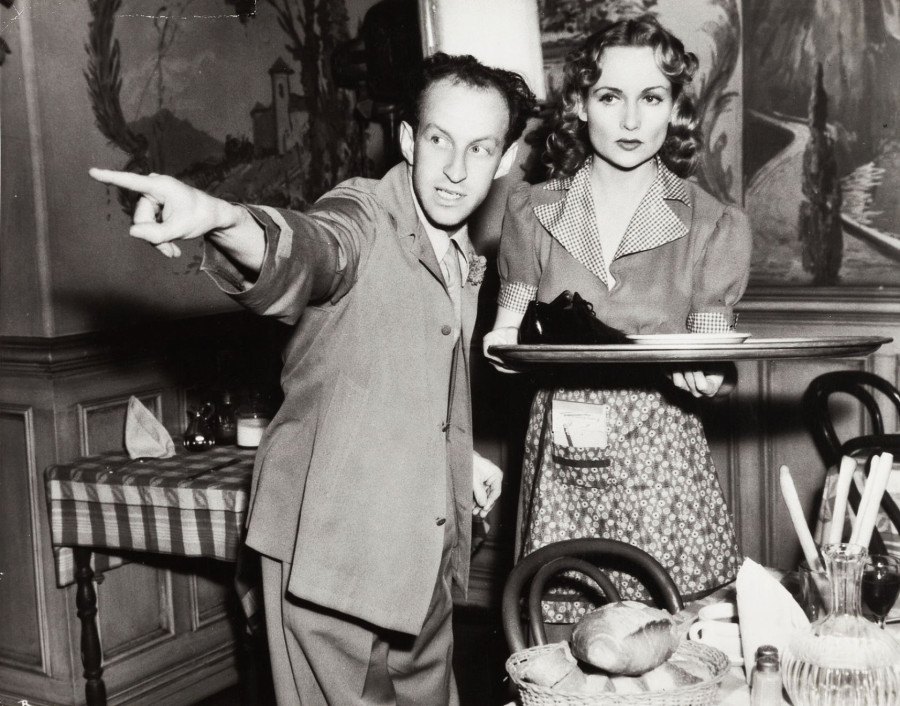 No, Carole Lombard isn't rehearsing a scene from a planned remake of Charlie Chaplin's "The Gold Rush," although she had been interviewed by Chaplin for the female lead back in her teens (http://carole-and-co.livejournal.com/125415.html). The man next to her is director Garson Kanin, and this has something to do with the 1940 film he directed her in, "They Knew What They Wanted." Fortunately, the back of this photo has some information, though it isn't a snipe from the time of the movie's release -- in fact, this leaves me all the more confused: 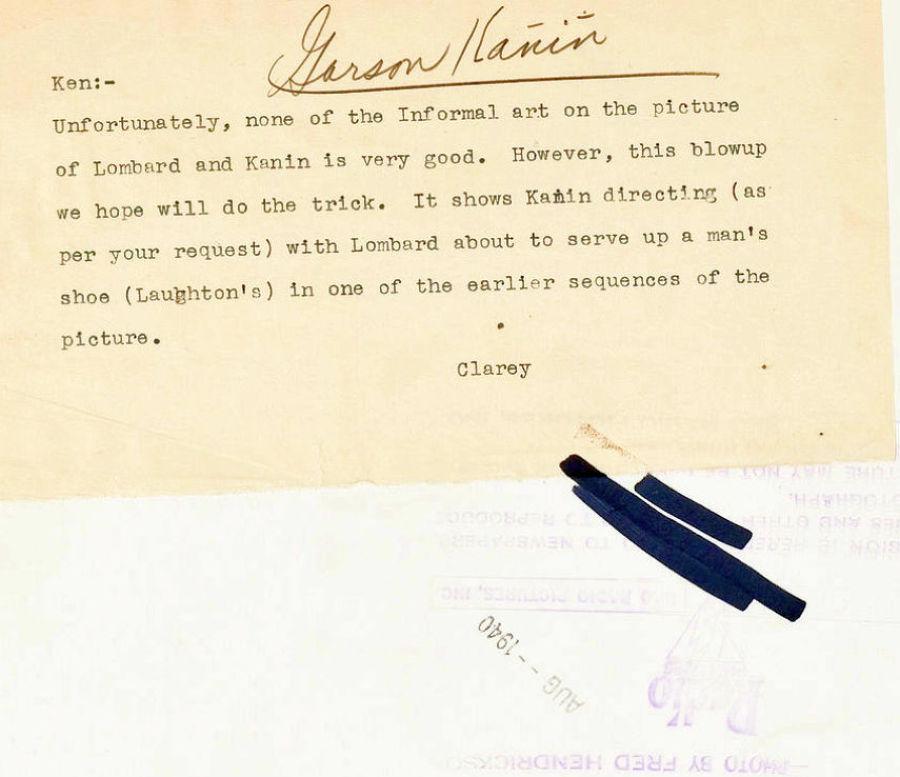 Was this for a magazine or newspaper article, or perhaps a book? (I don't recall seeing it in the paperback copy of "Garson Kanin's Hollywood," in which Lombard figures prominently -- and lovingly.) If we could find out just who "Ken" and "Clarey" were, this probably would be answered.

This is one of two 11" x 14" glossy photos of Lombard being auctioned as a tandem by Heritage Auctions of Dallas. Here's the other, a glamour pose from "To Be Or Not To Be": 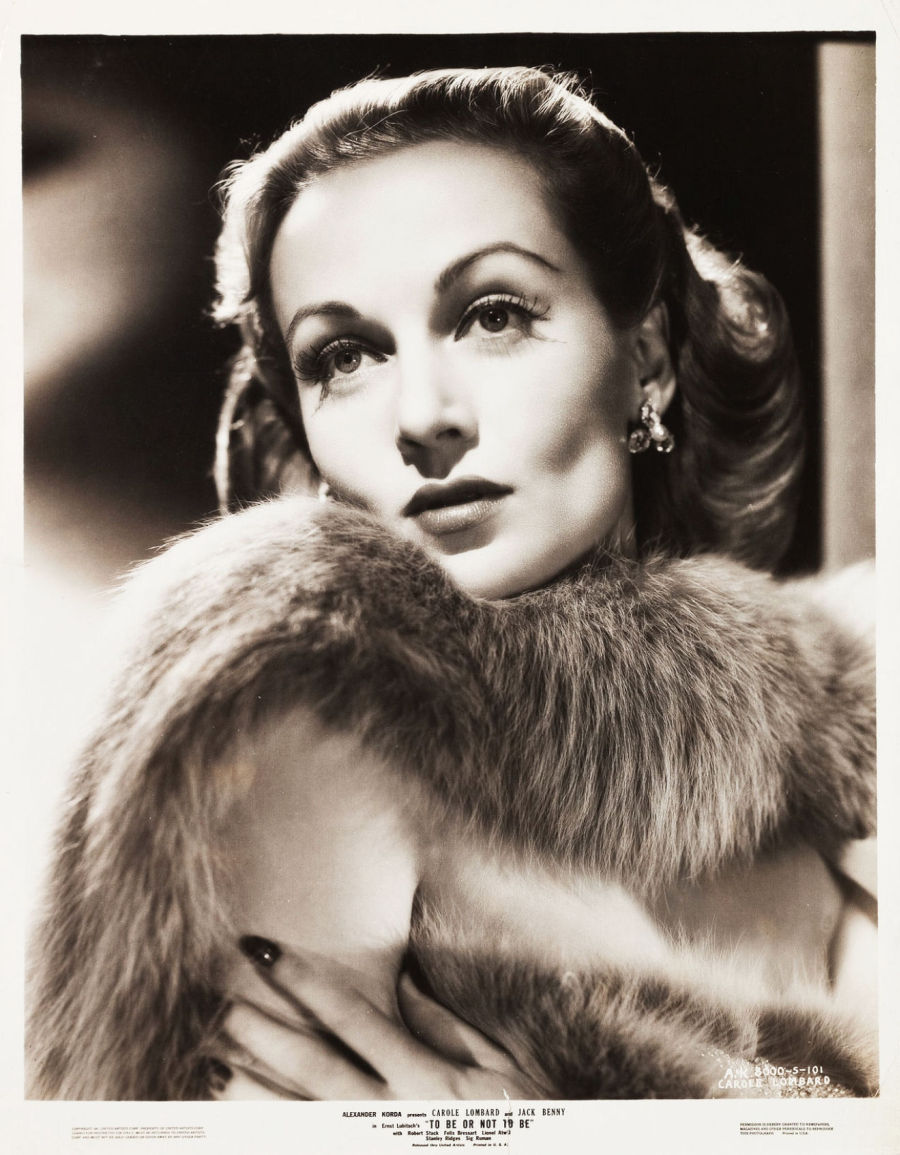 And as you have probably guessed, this photo likely was issued posthumously, or at least it was received a few months posthumously, in April 1942. (There probably were some promotional photos United Artists had sent to media outlets before the Jan. 16 crash, but I don't think I've confirmed any that were.) 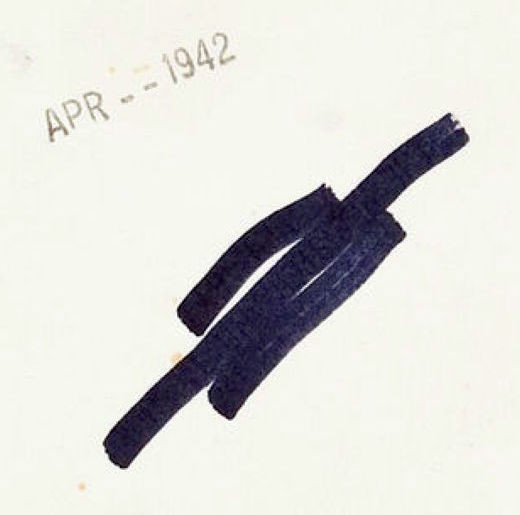