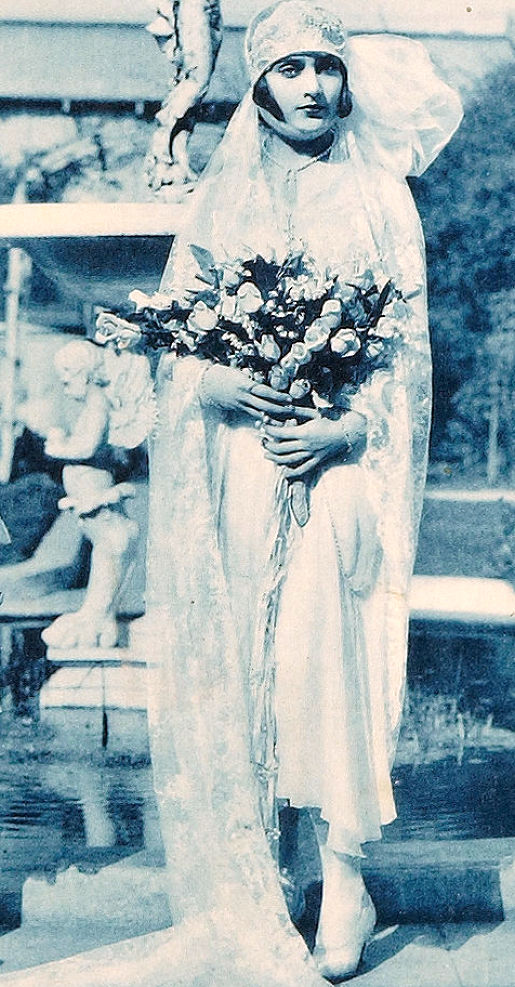 Above is a photo of 16-year-old Carole Lombard, part of a lobby card for her 1925 Fox film "Marriage In Transit." At first glance, you wouldn't think it has a connection to the following pictures, taken at Sunday night's Academy Awards: 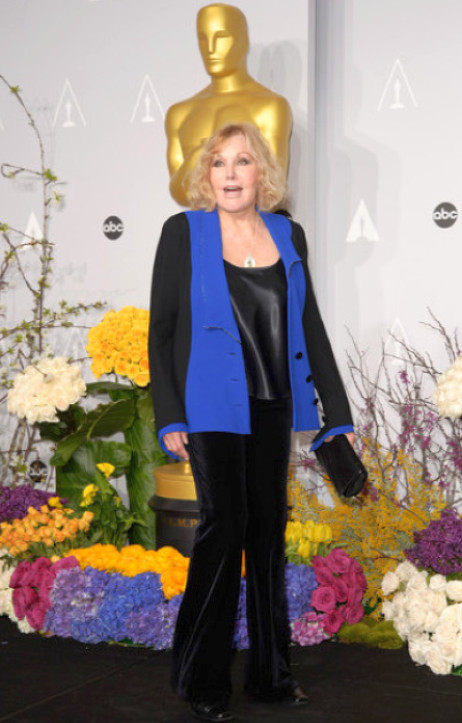 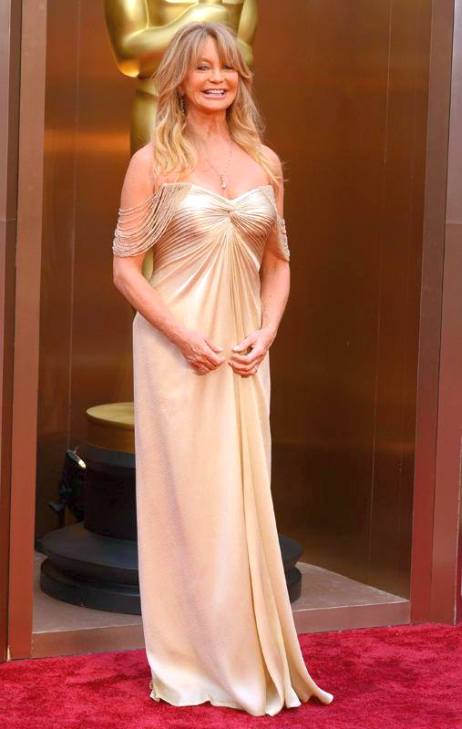 But there is. During and after the Oscars, both 81-year-old Kim Novak (left) and Goldie Hawn, a mere 68, were blasted in the blogosphere, Twitter and the rest of social media, mocked by many for their appearance and what their critics deemed failures in plastic surgery.

So, you're saying, where does Lombard come in? That image above is one of the few extant that shows Carole prior to the auto accident in late 1925 or early 1926 that caused significant damage to her face. It was touch-and-go for her for a while, but thanks to the relatively new (and chancy) procedure of plastic surgery, Carole's appearance -- and career -- was saved, though a scar on her left cheek remained noticeable minus makeup: 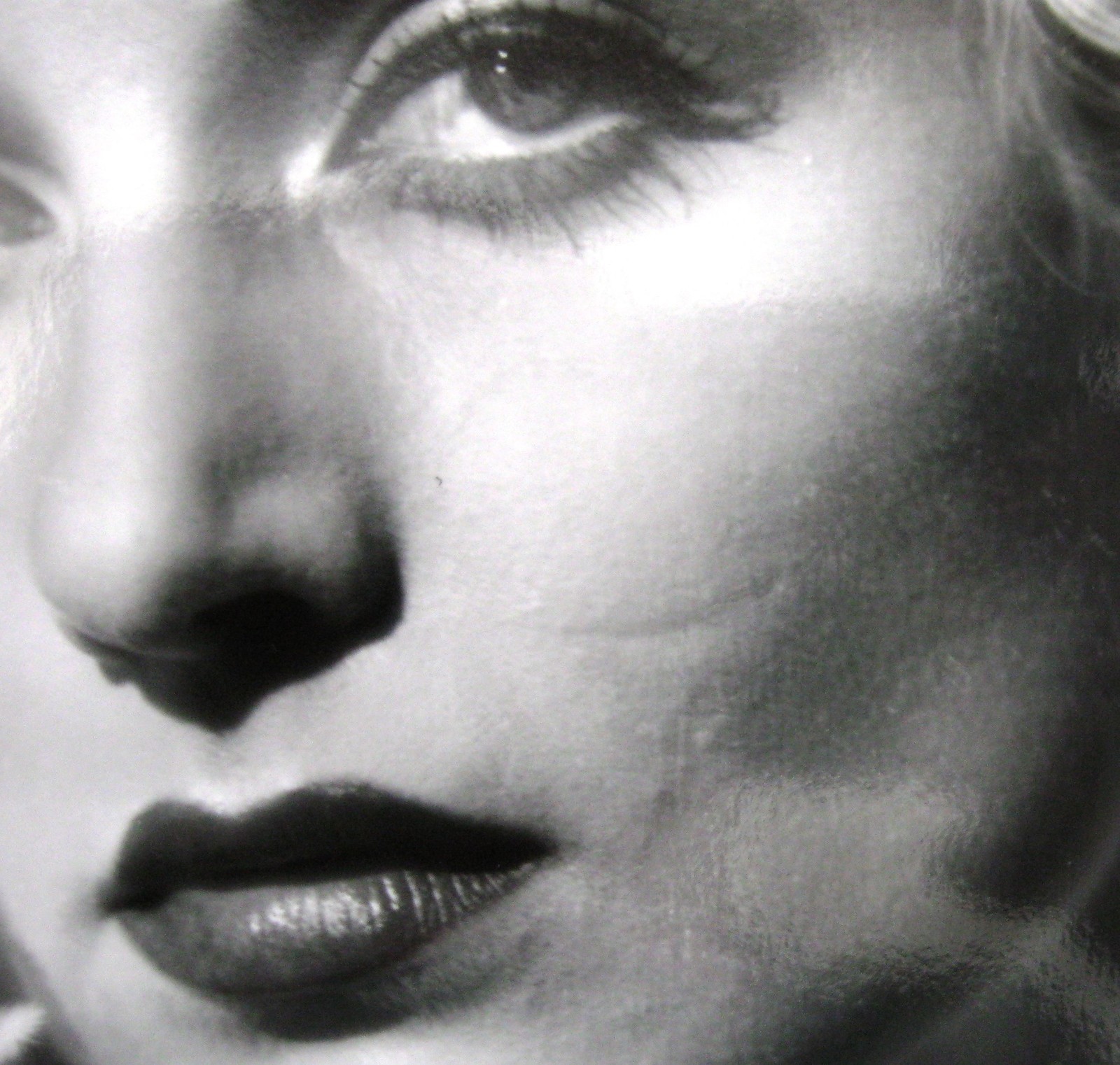 Had the plastic surgery proved unsuccessful, Lombard would have been little more than a footnote in film history, at least as an actress.

This entry isn't written as a defense of plastic surgery; I can think of examples where such work didn't enhance one's appearance at all (out of common courtesy, the identities of such recipients won't be named). And some operations, such as silicone breast implants, have proven dangerous. (Actress Sally Kirkland, who had hers removed after complications, has publicly campaigned against them for years.) But the vitriol directed at Kim and Goldie yet again proves that when it comes to celebrities aging, a double standard exists -- and sadly thrives.

Most of the criticism was directed at Novak, star of notable films such as "Vertigo," "Bell, Book And Candle" and the overlooked "Middle Of The Night," who went on stage with eventual Best Actor winner Matthew McConaughey to present the Best Animated Feature award. 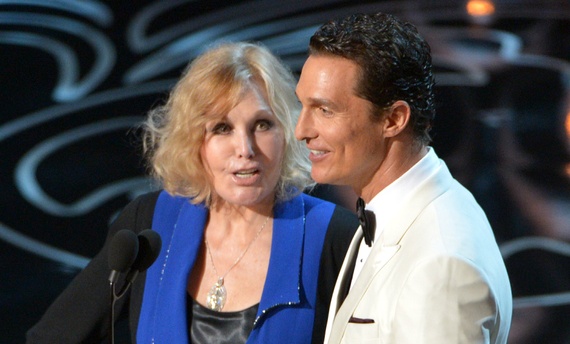 The site eonline stated, "Kim Novak's Face Is the Talk of Twitter" -- and most of that talk wasn't good ("Kim Novak was just safely transported back to the Hollywood Wax Museum," "I'm assuming Kim Novak was representing the movie 'Mask'"); since "Frozen" won the animation award, more than a few detractors used that angle. Novak had her defenders in Twitterspace, notably actress and former TCM "The Essentials" co-host Rose McGowan ("Kim Novak! No standing ovation?! Self-obsessed and disrespectful, that sums up the Oscar audience"), but they apparently were in the minority. And truth be told, Novak, who's publicly admitted to being bipolar, didn't look any different than when she was interviewed by Robert Osborne at a recent TCM Classic Film Festival -- but while that interview later aired on the channel, relatively few people saw it.

"So let’s say — just as a hypothetical for-instance — you are an 81-year-old star whose last movie was in 1991 and who hasn’t been to the Oscars in many a long year. Not that you were ever nominated for one in the first place; you were, after all, a sex symbol for most of your career. As the evening approaches, the anxiety sets in. Harsh lights, you think. High-definition cameras. And a public that remembers you chiefly as the ice goddess whose beauty once drove James Stewart to the brink of madness.

"And even back then, when you were 25 years old, you worried constantly that no matter how you looked, it wasn’t good enough. ...

"And you go to the Oscars, so nervous you clutch your fellow presenter’s hand. And the next day, you wake up to a bunch of cheap goddamn shots about your face.

"Nice system we got here, isn’t it.

"No wonder Kim Novak, like Tippi Hedren, Doris Day and Brigitte Bardot, has long said she’d much rather spend her time with animals." 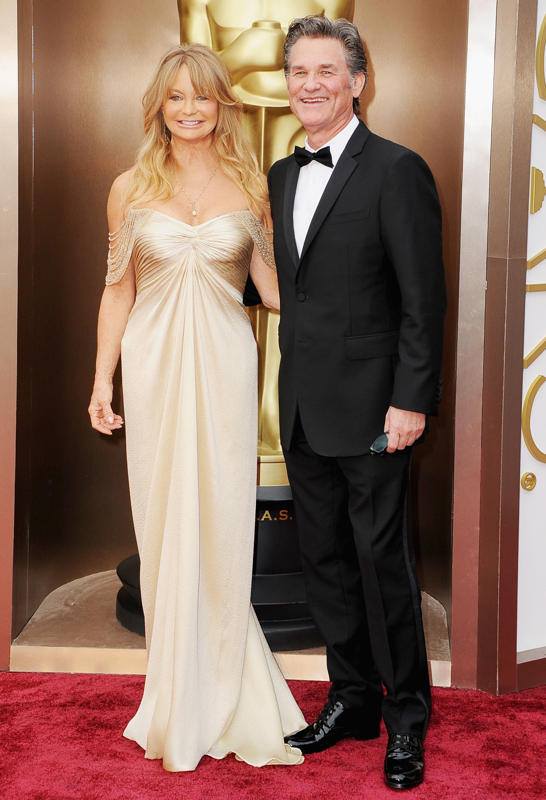 I'm at times surprised Goldie Hawn (shown with longtime lover Kurt Russell) hasn't gone in that direction, too. While she's been more visible in recent years than Novak, and thus her appearance isn't quite as surprising (although Goldie hasn't made a movie in more than a decade and Kim's last film part came in 1991), she's still a target (one comment: "Significant Botox failure"). Hawn's been one of my favorite actresses for years -- sort of the funny-plus-sexy generational link between Carole Lombard and Anna Faris -- and whether or not you like the results of her surgery, she still has that effervescent personality and megawatt smile. (And she's put aside her acting career to work on behalf of numerous philanthropic causes.) 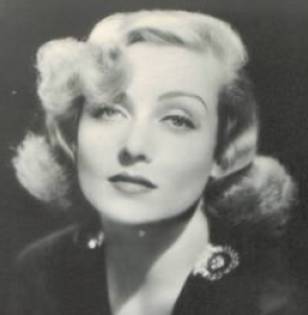 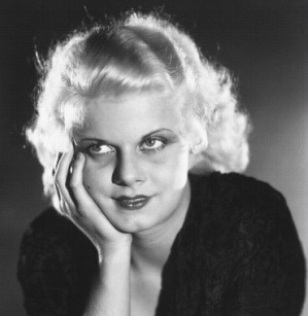 Imagine that Lombard, Jean Harlow and Marilyn Monroe -- all generally considered sex symbols of their time, and whose combined lifespan was several years shy of 100 -- had reached senior citizenship and were part of an Oscars ceremony in their 60s, 70s or even 80s. Whether or not they had undergone plastic surgery (there are sites where you can "age" a celebrity who's prematurely left us), our society, which doesn't give women permission to age gracefully, probably would have made them objects of derision.

And if the spirits of Carole, Jean and Marilyn were watching the Academy Awards, the reaction Kim and Goldie received Sunday night might have led them to sadly believe they left earth at just the right time.
Collapse