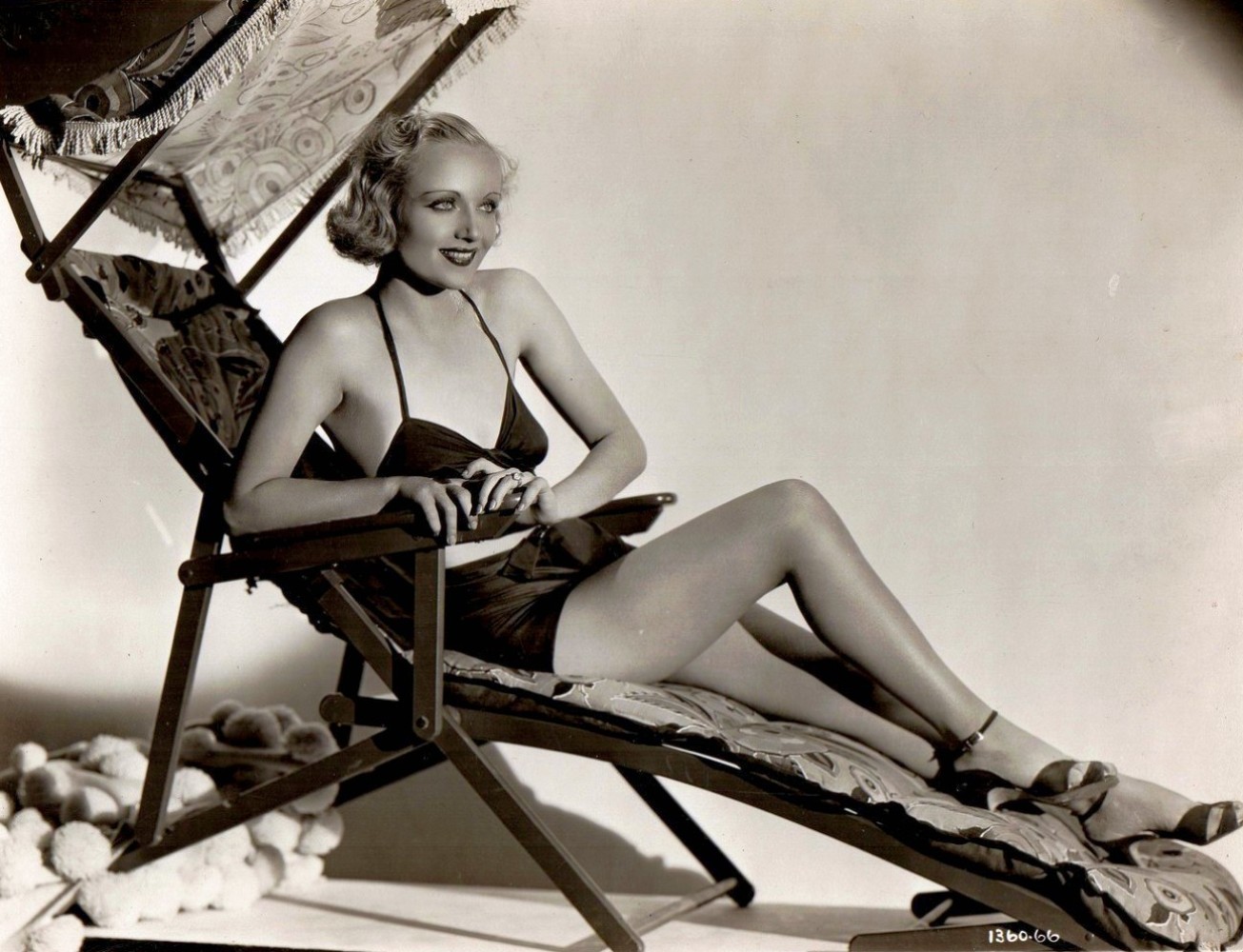 Among the more obscure movies in the Carole Lombard canon, "No One Man" -- released by Paramount in early 1932, and the first film where Lombard received top billing -- apparently isn't very good, if critics' reviews are indicative. (I've never seen it; Universal owns the rights to this and much of Carole's Paramount product, and has yet to make it available on DVD.) But Carole looked glamorous while being courted by two beaus, Paul Lukas (left) and Ricardo Cortez: 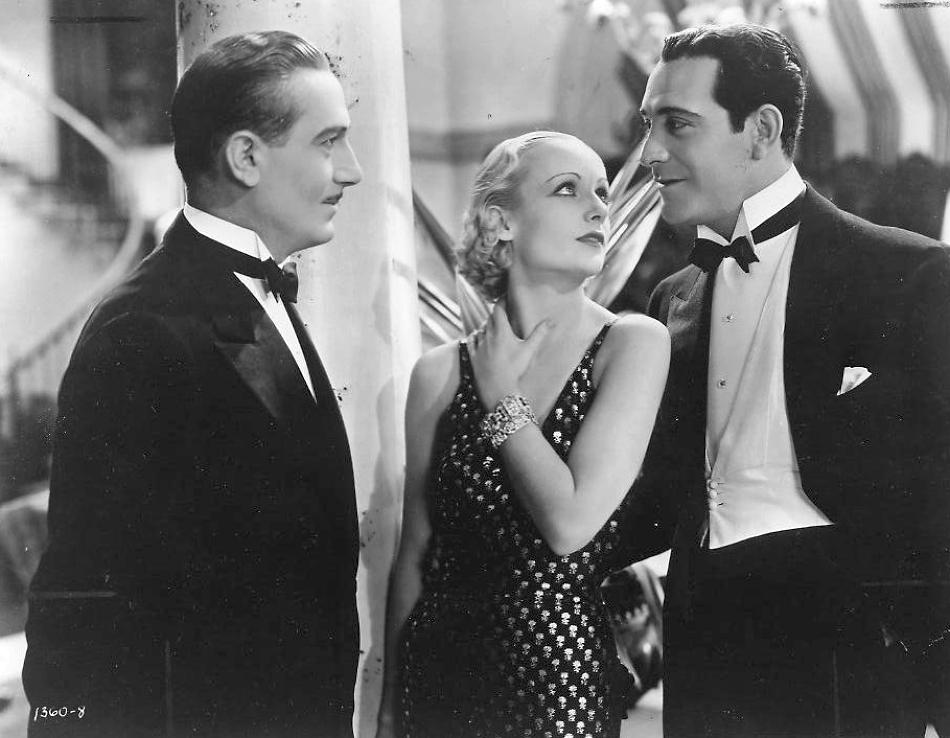 Now combine the concepts of these two pictures -- Lombard in a swimsuit and her two rivals in romance -- and you have this image, one I've never seen before: 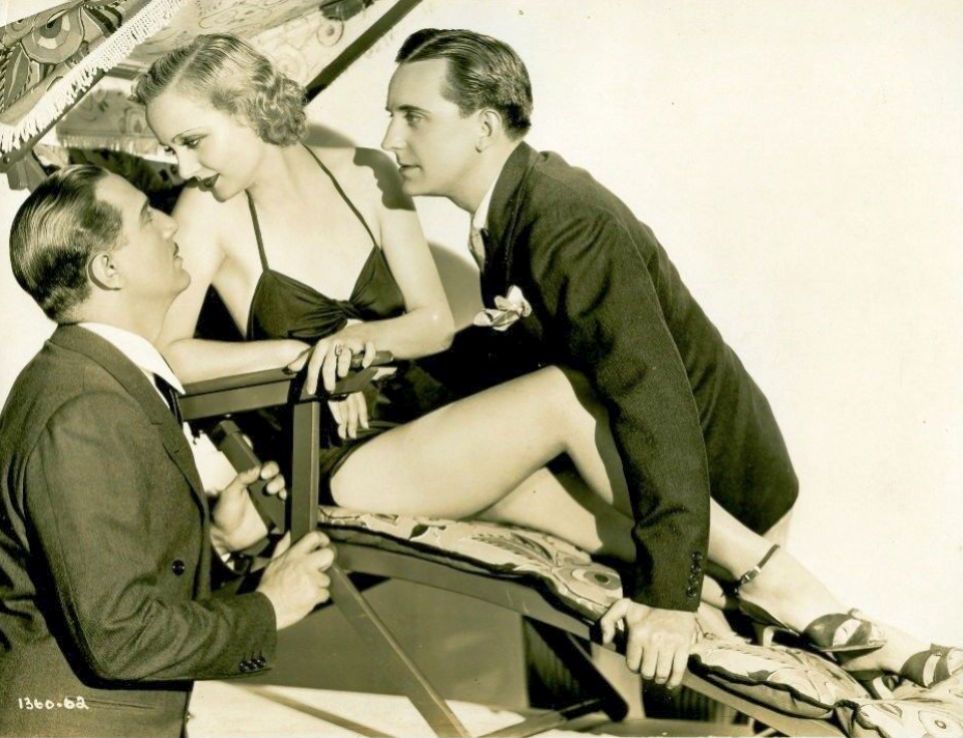 As is the case for the top photo, it obviously was taken in a studio, not outdoors. But it's nonetheless fun to see Carole's character, Penelope Newbold, wield her feminine power over these men.

The picture measures 7" x 9", and the seller lists it in "fine to very fine condition," despite it being more than 80 years old, somehow the seller calls "amazing." What's similarly amazing is that the minimum bid on this vintage item is a mere $5...and no one has bid on it as of this writing. And you don't have much time -- the auction closes at 4:59 p.m. (Eastern) on Thursday.