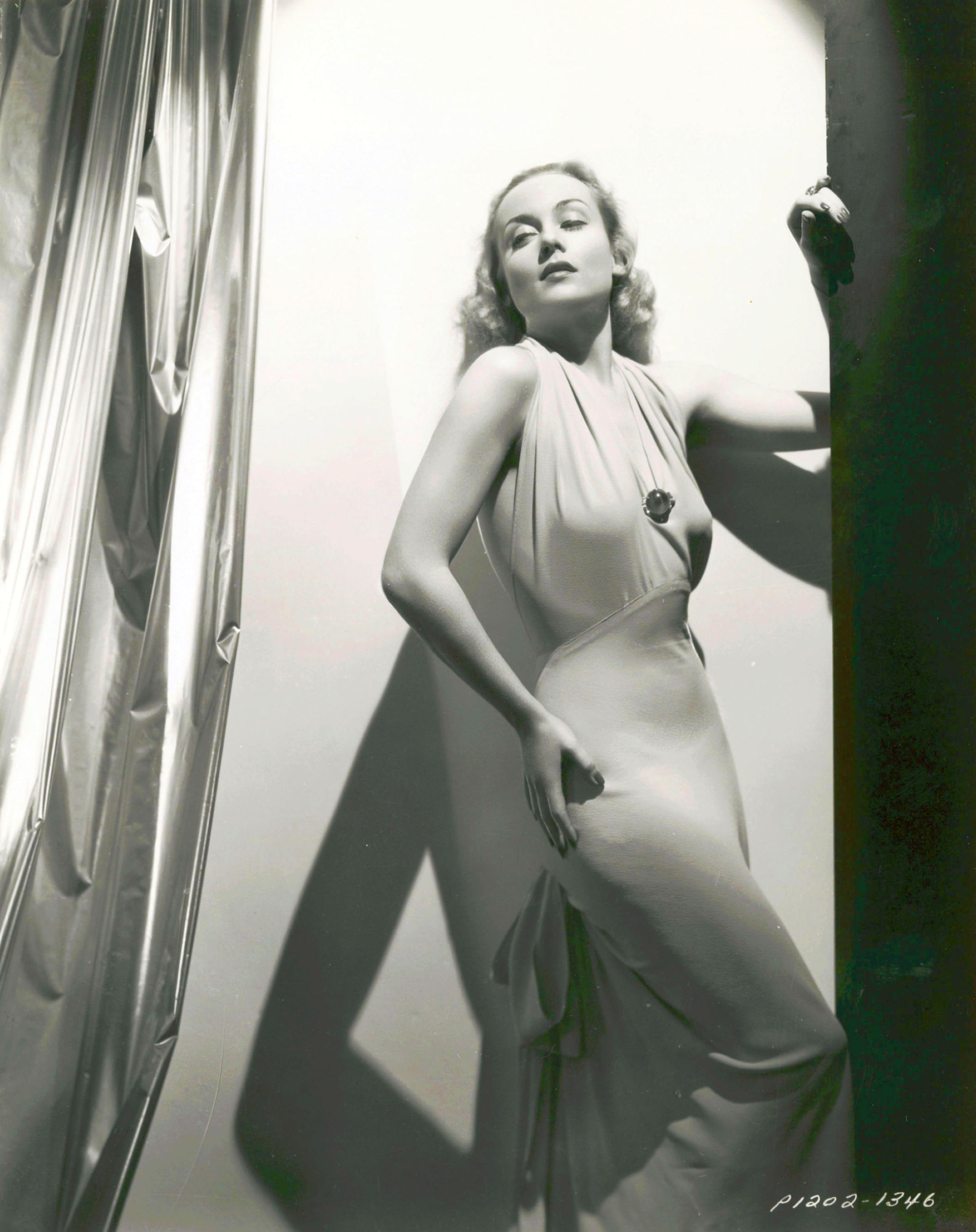 Over the years, my mind has toyed with the concept of a Carole Lombard biopic -- one with a script that would do justice to both her personality and her life in a way that the 1976 film "Gable And Lombard" simply didn't. And key to any such endeavor would be casting the right actress to portray Carole, someone who would get her essence exactly right (not that Jill Clayburgh didn't give a game effort, but too many other things conspired against her). Candidates have been bandied about through the years -- Kate Hudson and Christina Applegate, to name two. Now, let's add another one to the mix... 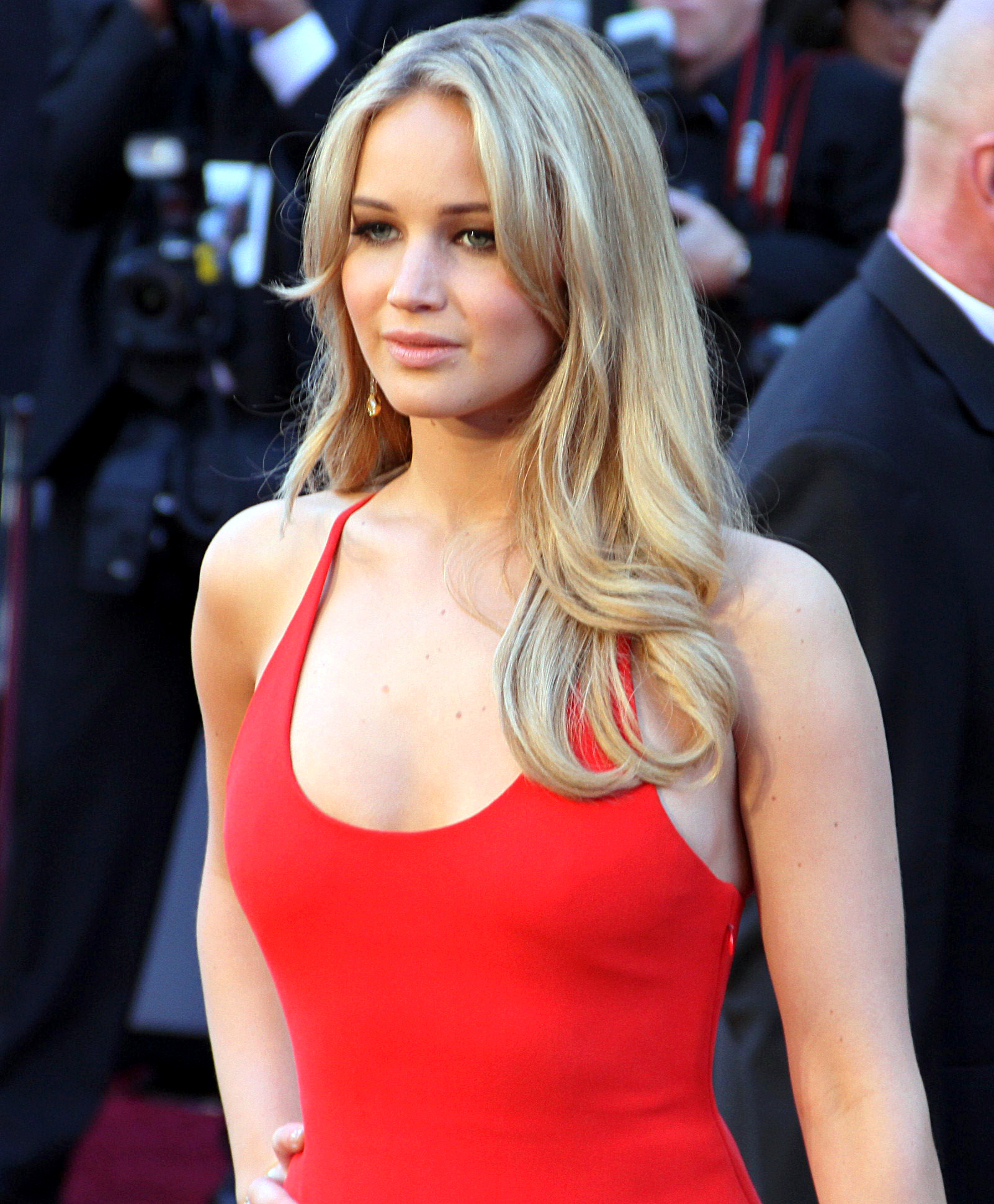 In terms of both box office and critical acclaim, she's certainly the actress of the moment. Lawrence won the Academy Award for Best Actress last year ("Silver Linings Playbook"), and could pick up a Best Supporting Actress honor for "American Hustle" at tonight's ceremony. Nice, to be sure, but isn't merely her popularity or attractiveness that makes her an ideal candidate for casting as Carole. It's her persona...sexy, yet down-to-earth, "one of the guys." (And her background -- from the heartland, Kentucky rather than Indiana, with two older brothers; a tomboy in her youth who played basketball on the boys' middle school team -- is uncannily Lombardic.) In short, she's cool.

And Lawrence thus is continuing a tradition in Hollywood, one written about by Anne Helen Petersen, who teaches media studies at Whitman College in Walla Walla, Wash. (Last April, we discussed an essay she wrote for Slate about a 1931 Photoplay story on which Hollywood actress had the best figure -- http://carole-and-co.livejournal.com/595236.html.) This time, Petersen has penned a piece for Buzzfeed on Lawrence and other paragons of cool, http://www.buzzfeed.com/annehelenpetersen/jennifer-lawrence-and-the-history-of-cool-girls: 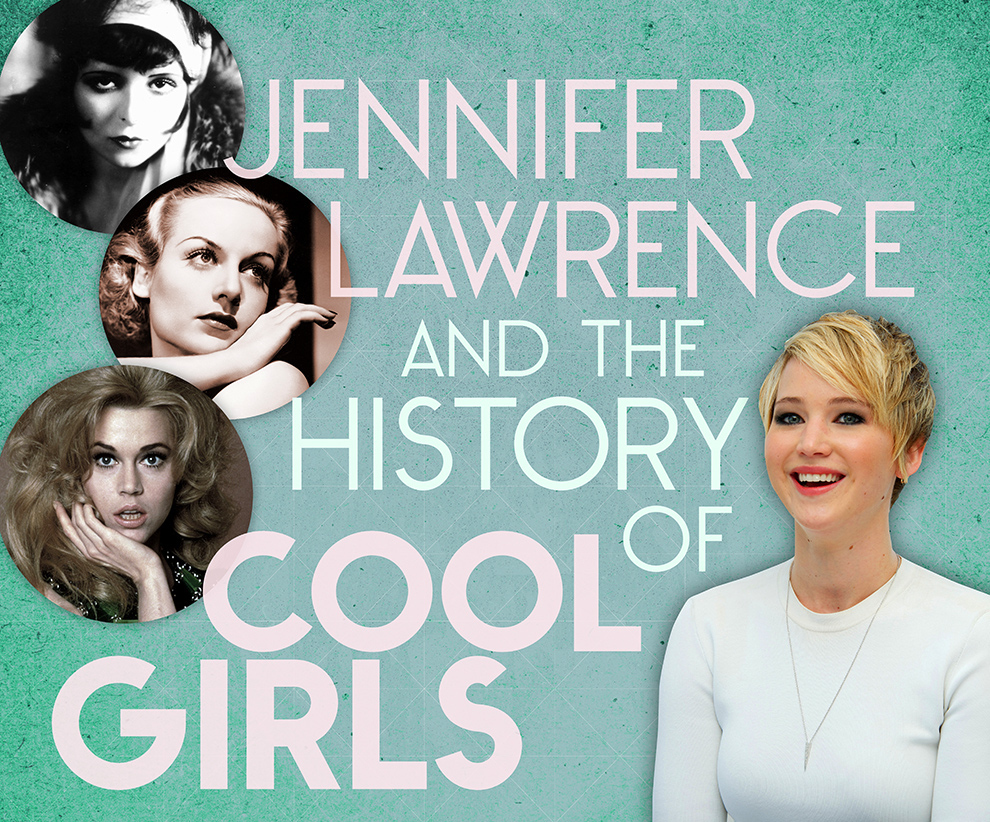 As you can tell, Lombard's in the pantheon. But just what is a cool girl? Here's how Petersen defines her:

"Cool Girls don’t have the hang-ups of normal girls: They don’t get bogged down by the patriarchy, or worrying about their weight. They’re basically dudes masquerading in beautiful women’s bodies, reaping the privileges of both. But let’s be clear: It’s a performance. It might not be a conscious one, but it’s the way our society implicitly instructs young women on how to be awesome: Be chill and don’t be a downer, act like a dude but look like a supermodel."

And she explains their role in Hollywood history this way:

"...the Cool Girl has a genealogy that traces all the way back to silent Hollywood. Famous Cool Girls are women who became stars during periods of societal anxiety over increasing freedoms for women, and as people quietly wondered whether women, once emancipated, would become homely, castrating bitches. Cool Girls have been proof positive that a woman could be liberated and progressive and yet pleasing to men, both in appearance and in action." 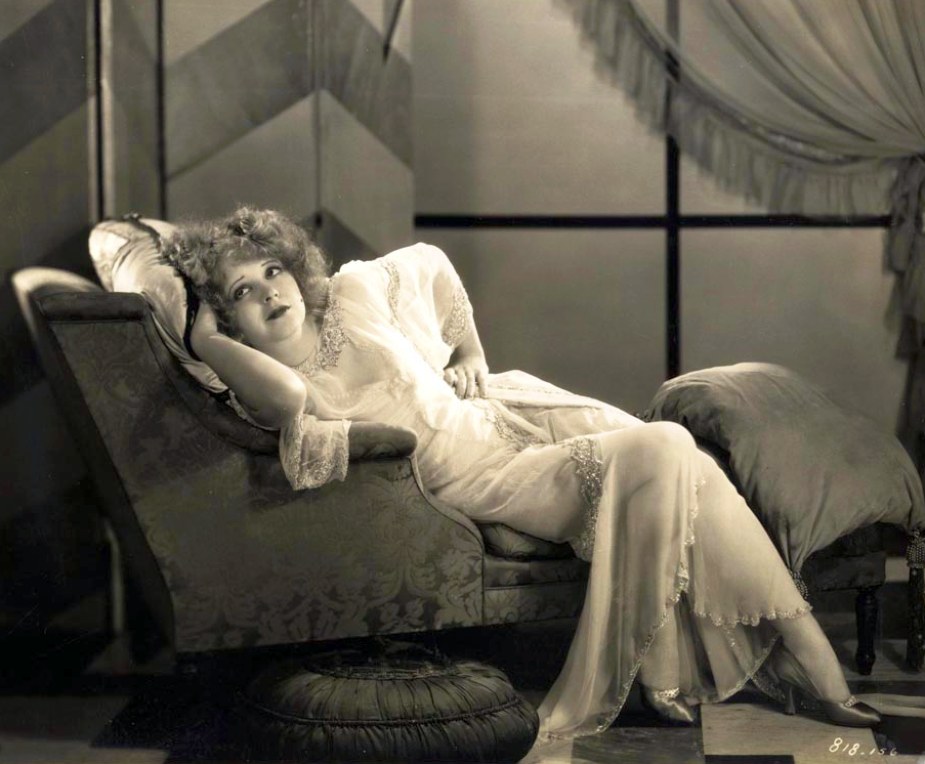 "Clara Bow wasn’t just hot: She was fun. She never nagged, or stayed home watching rom-coms; she never complained, or was scared or shy. She had loads of 'It' — a word that came, in the late ‘20s, to stand in for sex appeal. But It was more than just sexiness. As defined by Photoplay, It was a 'sort of invisible aura that surrounds your being and bathes you in its effulgence' — and anyone with It is 'always utterly un-self-conscious and perfectly indifferent and unaware of anyone’s interest in her. The moment self-consciousness enters into the affair, It departs.' 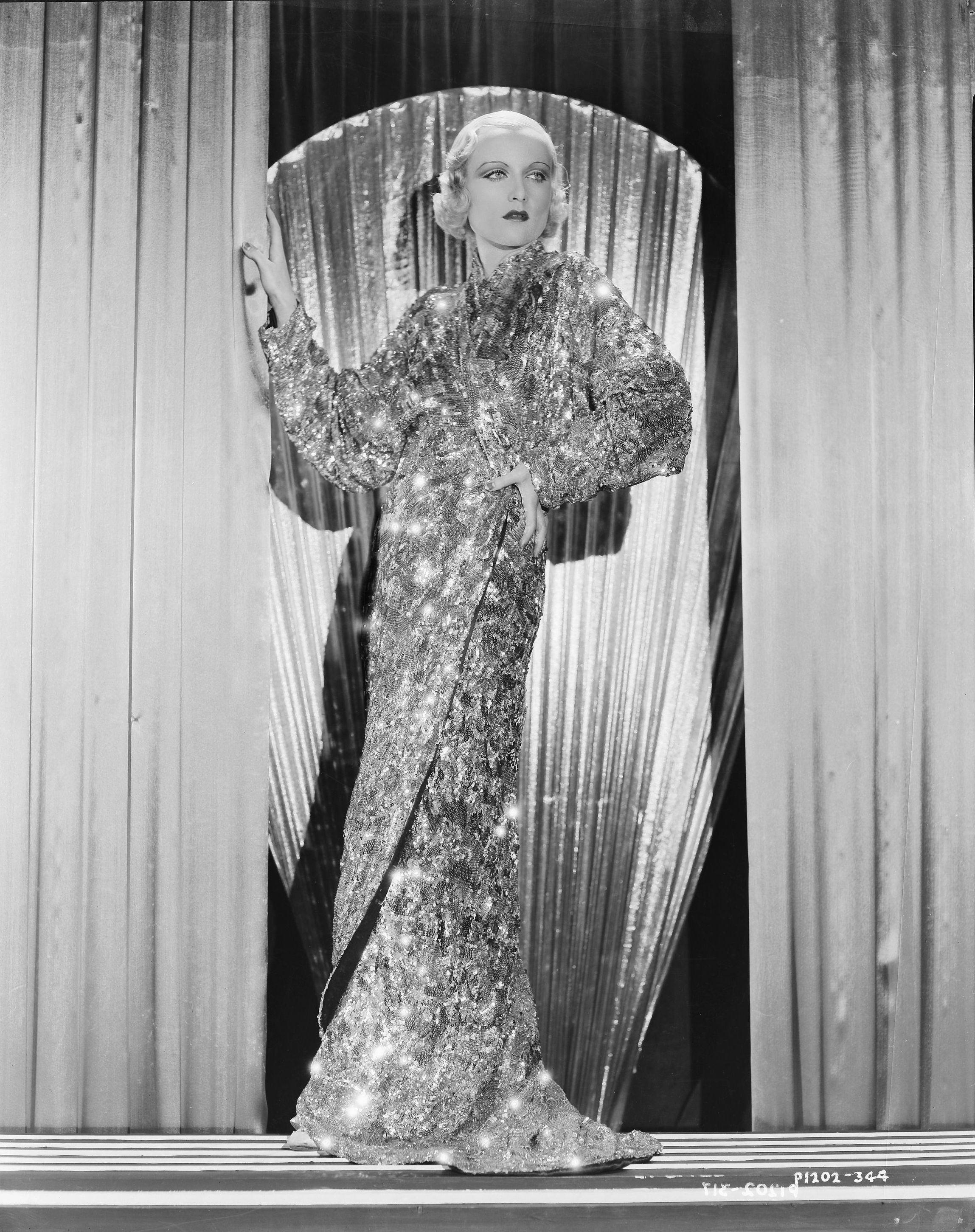 Lombard would have been a '30s version of It, but in the early part of the decade, that quality -- known to people throughout the industry who liked her lack of pretense and fondness for practical jokes -- hadn't yet found its way to the public...or worse, herself. Petersen said of Carole that "her image was flat: In publicity shots, she was always frowning, and had a bored look that seemed to communicate over it."

It would take abandoning efforts to be an all-purpose actress and harnessing the comedy skills she learned under Mack Sennett to vault Lombard into genuine stardom, beginning with the pivotal film "Twentieth Century." Petersen notes:

"Over the next four years, Lombard’s image morphed more and more into that of the Cool Girl. She told Motion Picture that girls had two choices: Be modern (drive, play bridge, read, keep up with the latest plays, go in for sports with zest) or be a wallflower." 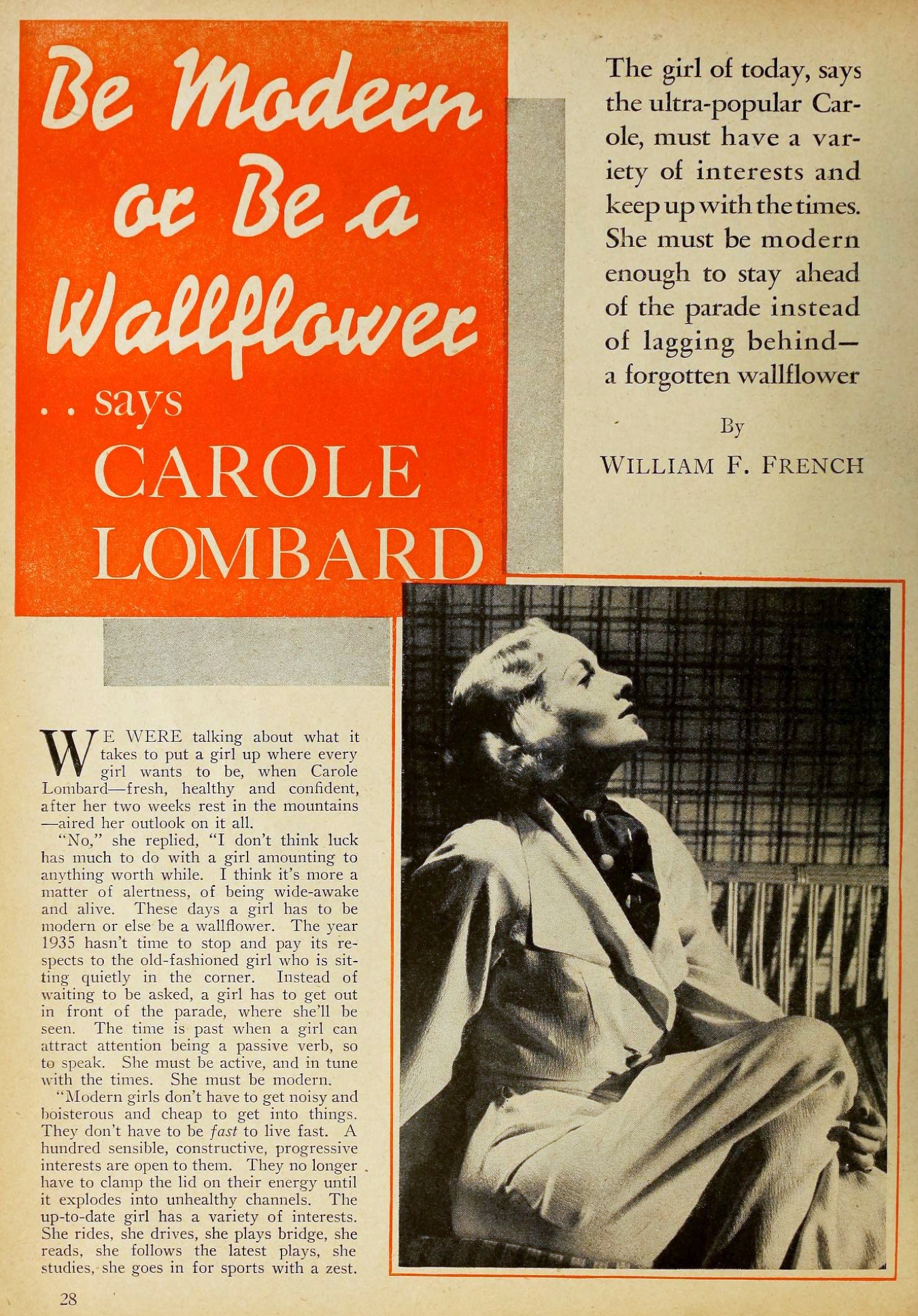 And that quality amplified when she became involved with Clark Gable:

"Once linked to Gable, Lombard managed to become even cooler. A relationship didn’t make it her dull, or boring, or silly: She showed that a girl could be devoted and stay awesome. She and Gable rode around Ventura Boulevard in an jalopy, dressed in dirty overalls. They went to hole-in-the-wall Mexican joints before it was cool. She beat him at skeet shooting; she whupped him at tennis."

All this while negotiating a contract that was the envy of the industry for actors of either gender. 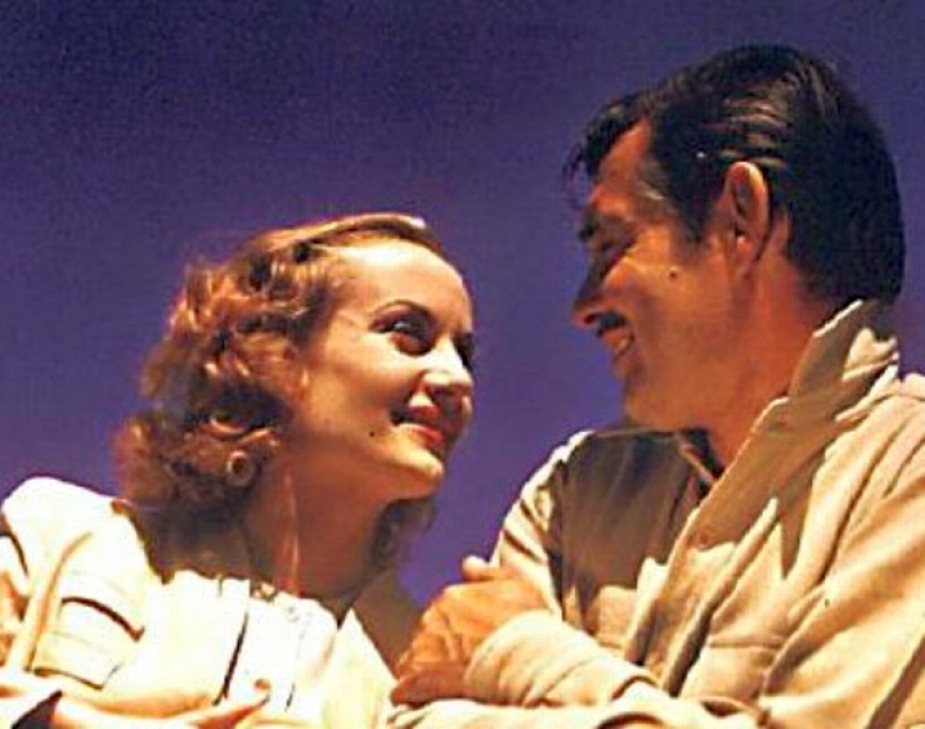 Scandal and changes in public tastes brought on by the Depression caused Bow to fall out of favor; in contrast, a premature death took Lombard out of the equation. Petersen wonders what Carole would have been like after Jan. 16, 1942:

"It’s impossible to know how Lombard would’ve adapted her image to the changing times, and how her audience would’ve responded. What we do know, however, is that she died before the world had time to grow weary with her — which is, in no small part, why she lives on as a paragon of Cool Girlness, equal parts gorgeous and chill, effervescent and effortlessly sexual."

I can only conjecture, too, but sense that with Lombard's love for the industry and knowledge of it, she would have transitioned into more than an actress, possibly a producer. Just as she became comfortable with radio in the late 1930s, so might she have done likewise with television a decade later. Would her coolness have continued? Maybe, maybe not. However, Carole had shown the sense and intelligence to avoid making enemies. That couldn't be said of the next example of a Cool Girl... 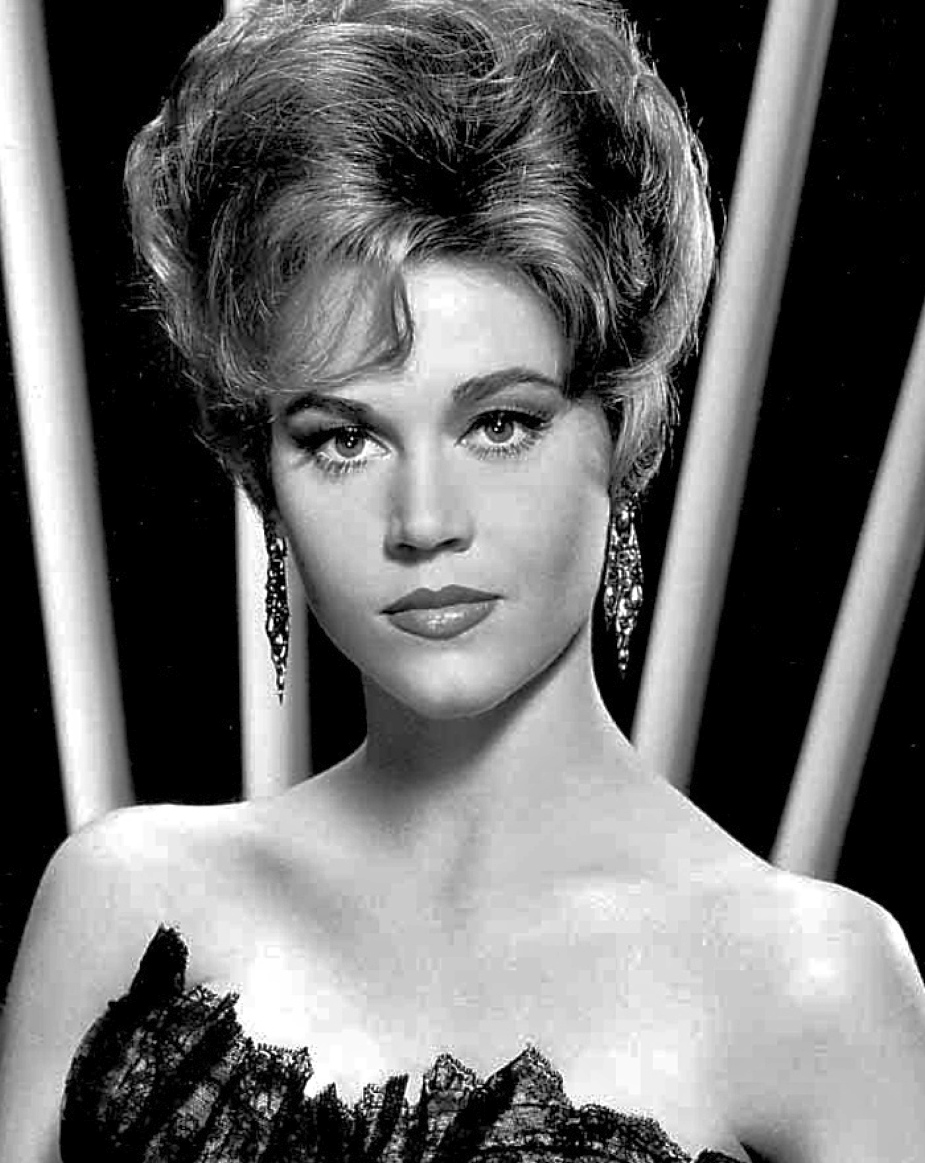 "Your reaction to the name “Jane Fonda” depends wholly on your age: under 20, and she’s the lady from 'Monster-in-Law'; under 35, and she’s the hero of your mom’s aerobics videos; under 55, she’s Hanoi Jane, the woman your dad cussed about at the dining room table; under 80 (and of a certain disposition), and she’s the progressive feminist gone rogue, the embodiment of all that plagued the New Left and the hard turn to the right that followed. But before Fonda was any of these things, she was the coolest thing the ‘60s had seen — a mix of fresh-faced Americana and potent sex appeal."

That's often forgotten these days, and that cool quality gradually vaulted her into stardom:

"Fonda talked openly about her years in analysis, rebuking the publicity men who tried to hush her up. She was 'almost masculine' in her 'strongly held opinions'; she had an IQ of 132, she chewed two sticks of gum at a time, she bummed cigarettes from cabbies, and she loved staying up all night to paint, talk, whatever. She was like a ‘50s Beatnik — obsessed with art, Europe, the urban — yet, in her politics especially, she was anticipating the rise of the counterculture."

She would ditch the American sex kitten image by heading to Europe in 1964 and becoming involved with French director Roger Vadim, leading to on-screen nudity and then the sci-fi romp "Barbarella." Petersen noted, "Very gradually, the Cool Girl-ness seemed less like her authentic self and more like a very serious and high-minded performance." Add political radicalism to the mix by the end of the '60s, and Fonda's coolness rapidly evaporated in middle America.

"The Cool Girl had gone rogue, and the world soured on her accordingly," according to Petersen.

We don't know what fate has in store for Lawrence. She doesn't appear to have the upper-class veneer that may have sunk Jane Fonda, or the lack of social graces that doomed Bow. Perhaps there is more than a bit of Lombard providing a sense of balance to her...a quality that could lead to a successful portrayal of Carole down the road. 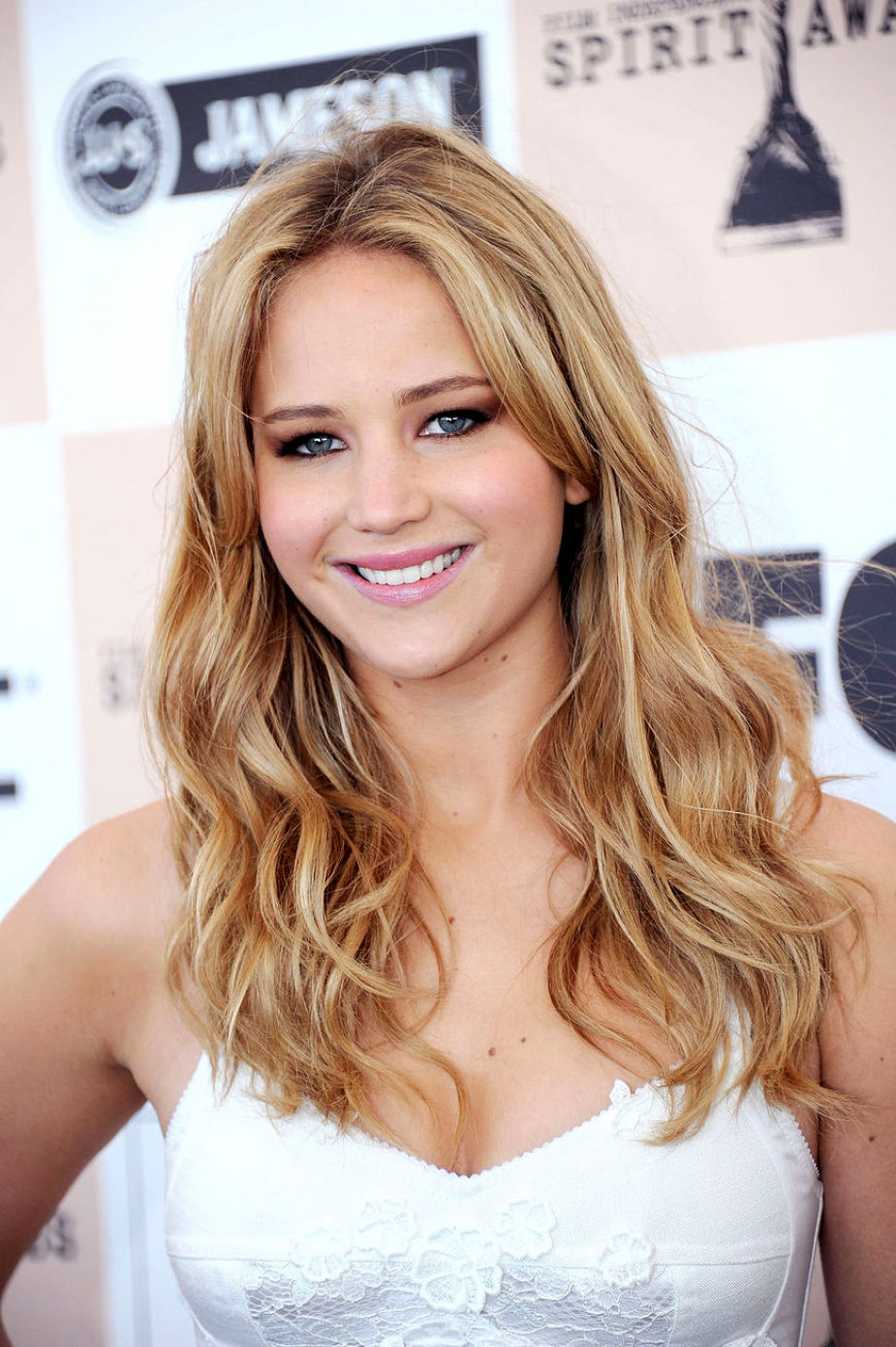