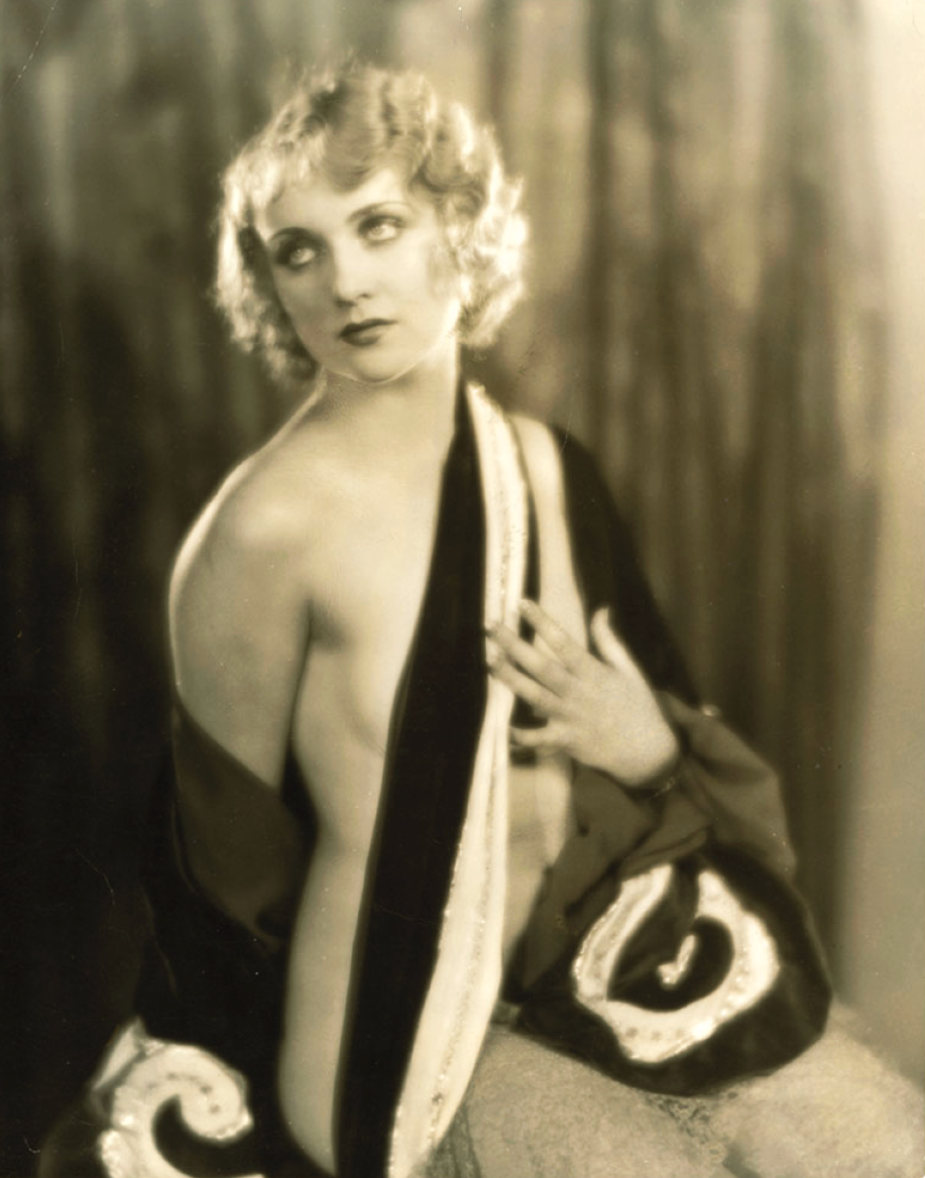 As we all know by now, Carole Lombard was not averse to being the subject of what we might call, er, sensual photography, such as the image above taken by William E. Thomas. But when I read an ad for an eBay item that promised a "Wonderful Carole Lombard centerfold," I did a double take. Had Carole crossed the erotic line decades before Hugh Hefner (whom, I should note, is a fan of Lombard and other classic movie stars and has contributed some of his Playboy profits to film restoration and preservation), going to a place where even pal Jean Harlow may have feared to tread?

An investigation revealed both relief and disappointment:

Anyway, here it is from the Spanish-language magazine Films Selectos... 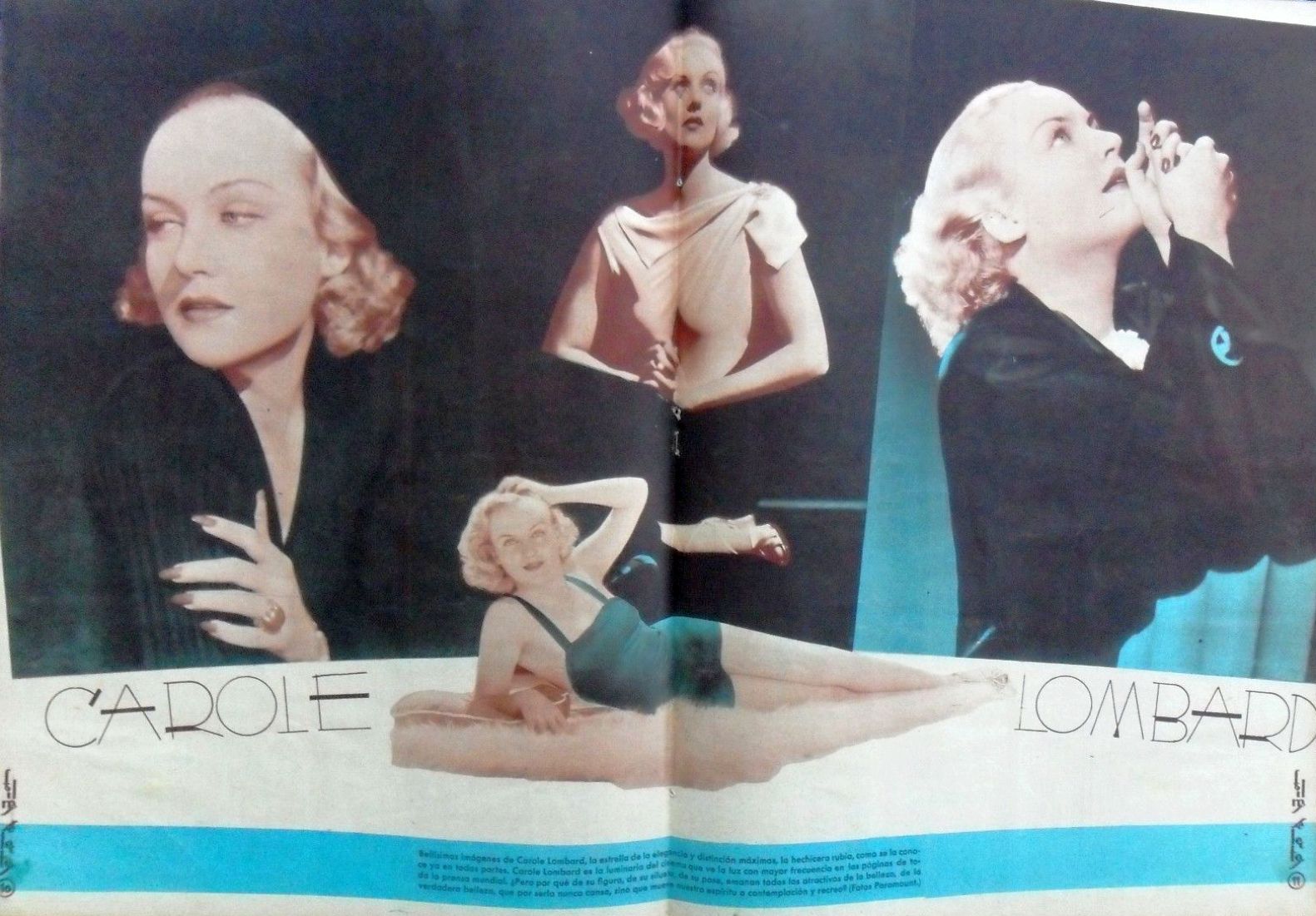 We've written about this Spanish publication before (http://carole-and-co.livejournal.com/517815.html) -- it published from 1930 to 1938, with a primary focus on American stars. The cover of this particular issue featured Joan Crawford and red-hot Robert Taylor, co-stars of "The Gorgeous Hussy": 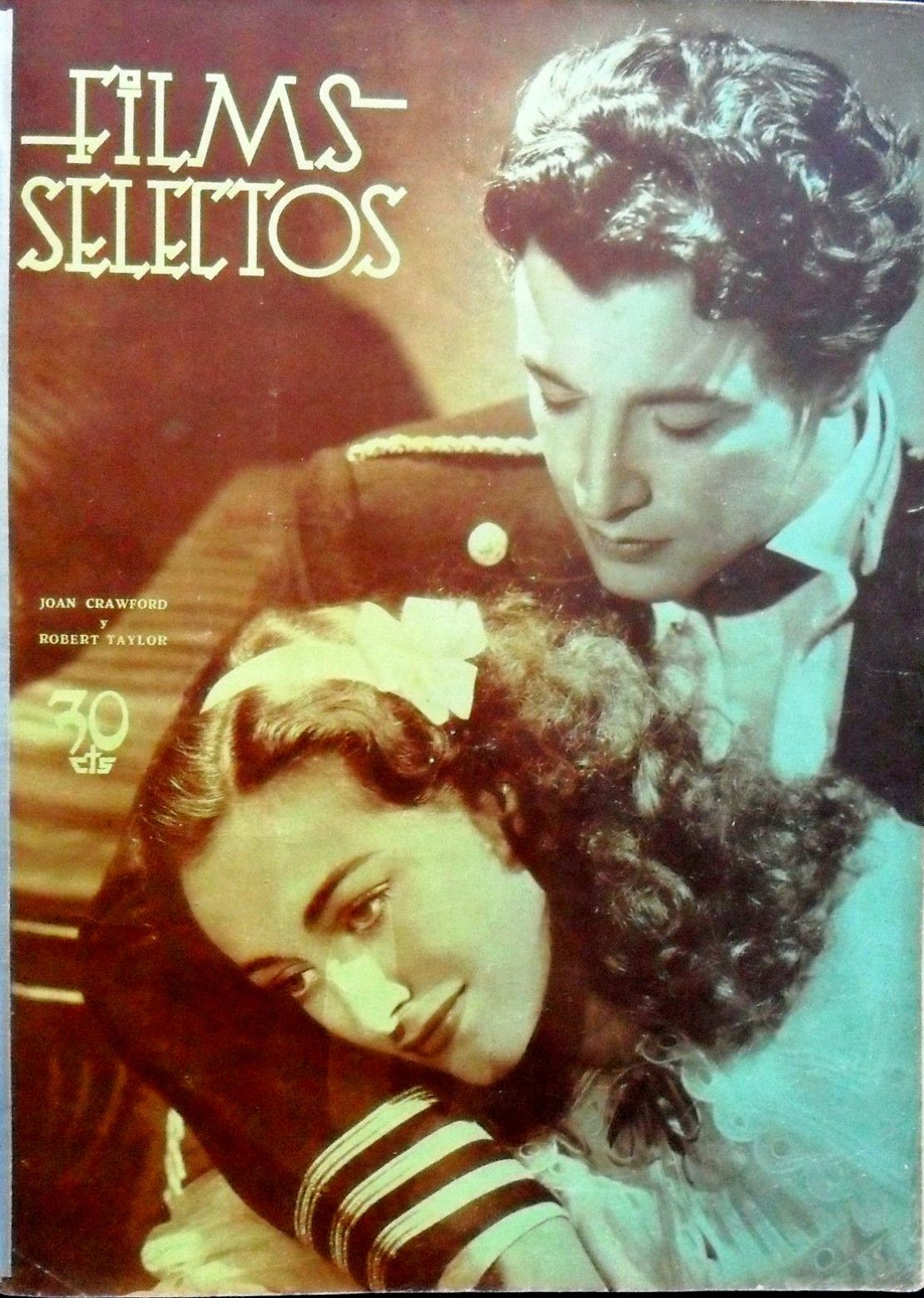 Inside were images of Norma Shearer (from "Romeo And Juliet") and June Lang... 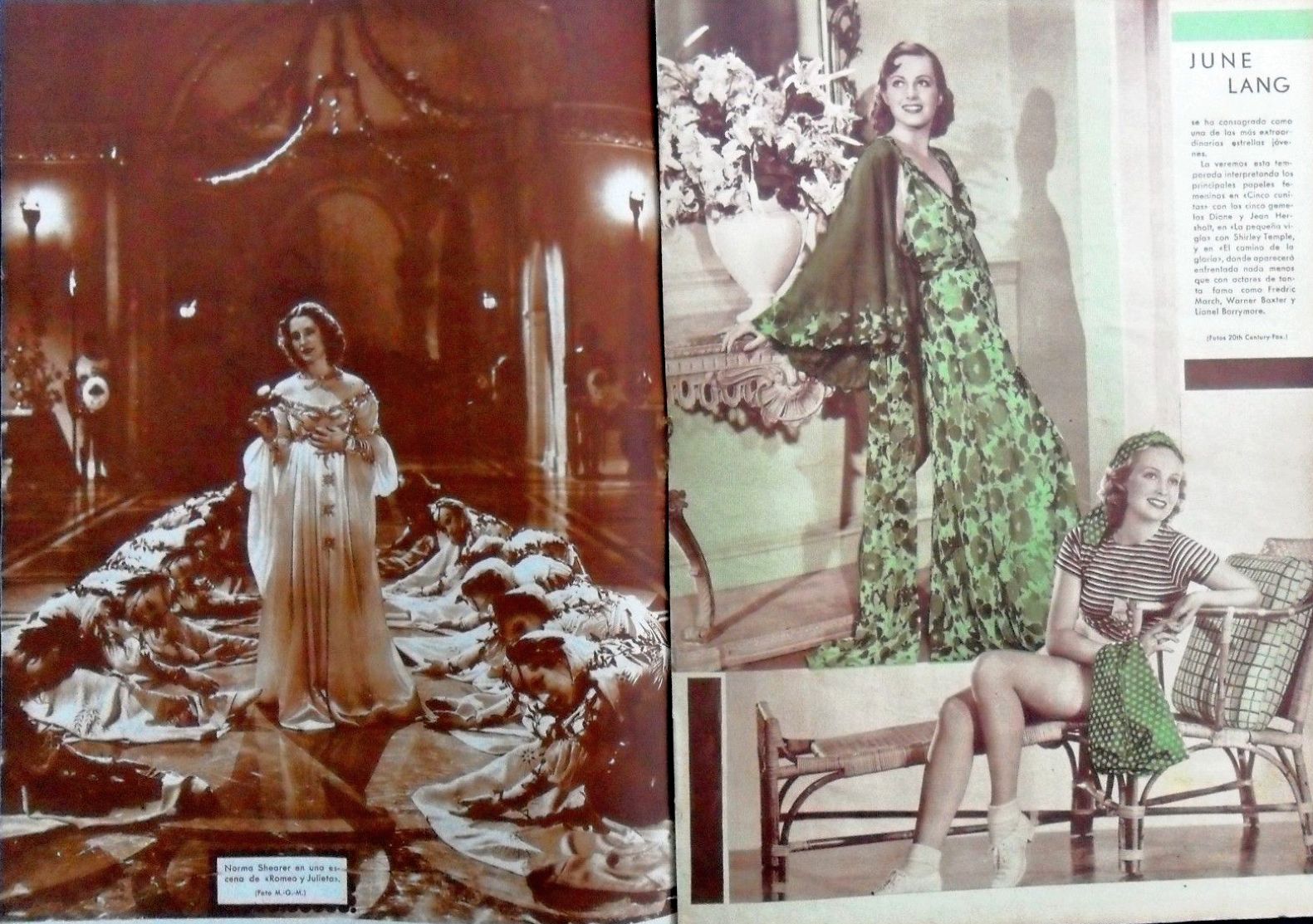 ...not to mention two of Lombard's co-stars from 1933, Randolph Scott and Charles Laughton... 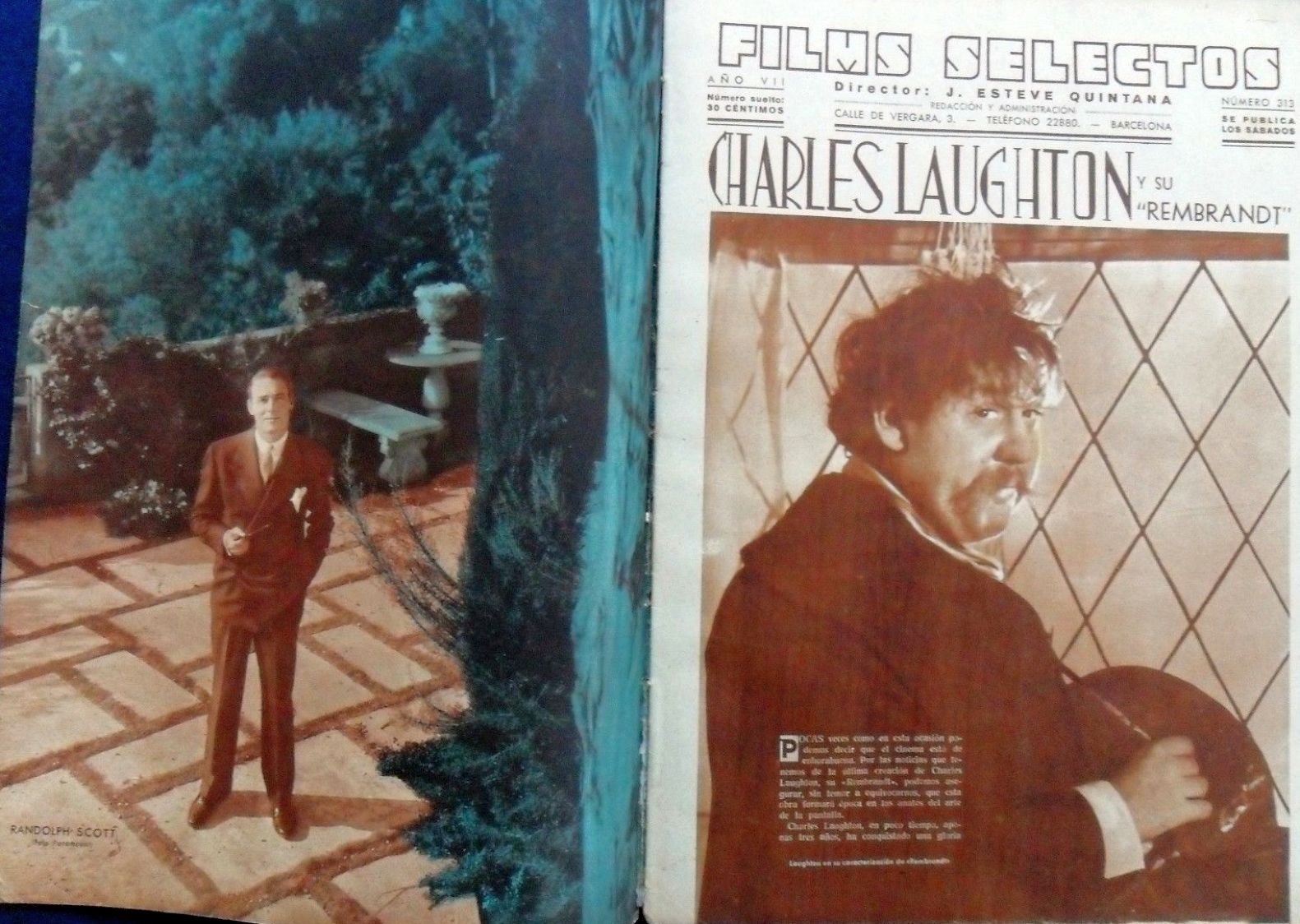 ...and the always-welcome Edward G. Robinson on the back cover: 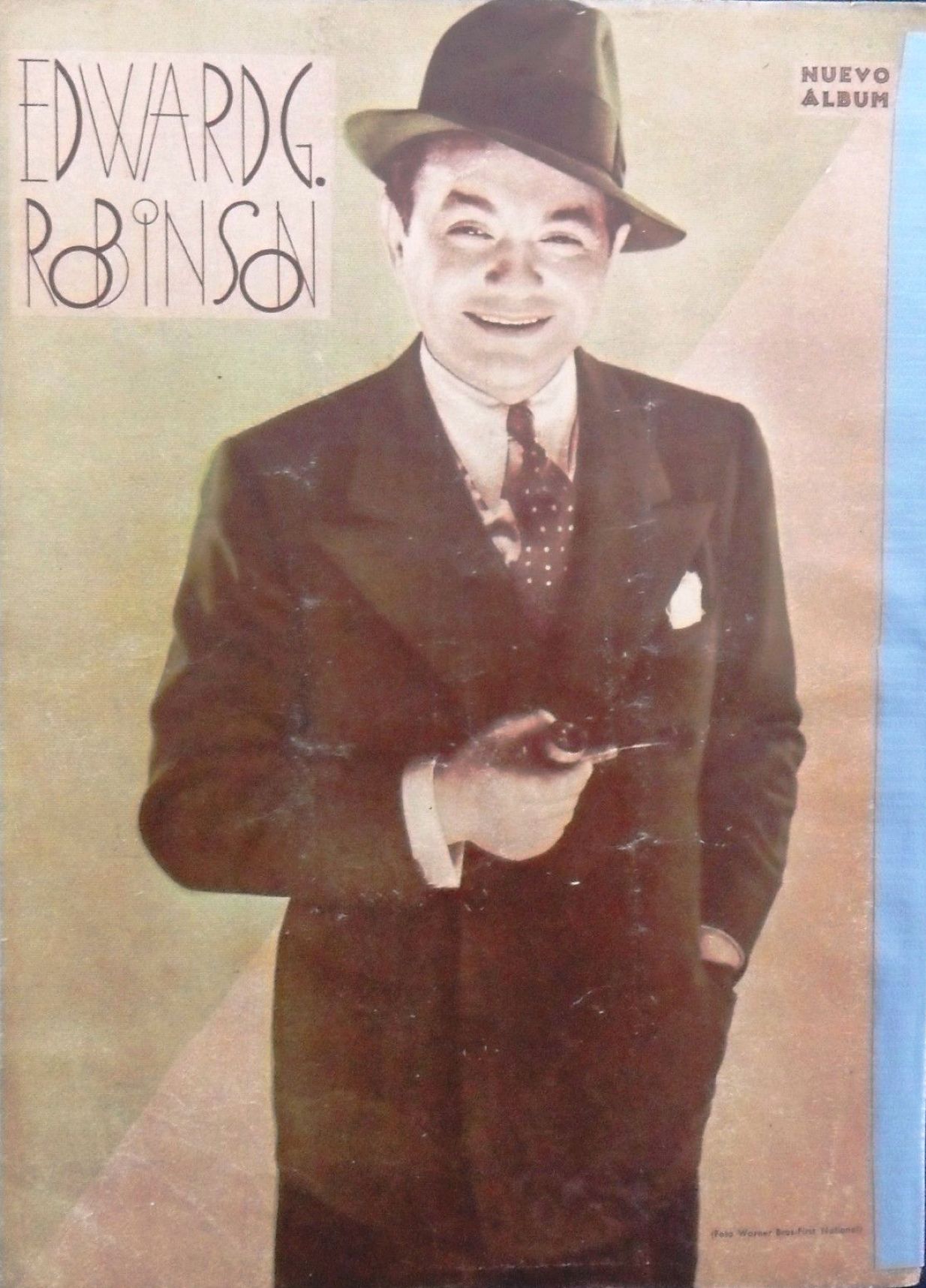 This large-format magazine has 24 pages (including covers) and is in good condition, according to the seller. You want specifics?

You can buy it now for $35 or place a bid beginning at $20. The auction is slated to close at 9:09 p.m. (Eastern) next Saturday. All the information you need is available at http://www.ebay.com/itm/JOAN-CRAWFORD-ROBERT-TAYLOR-cover-for-movie-mag-Carole-Lombard-June-Lang-Evans-/251456757208?pt=Magazines&hash=item3a8bfd9dd8.

I should also note that in doing research on Films Selectos, I've come across a site that might be Spain's equivalent of the Media History Digital Library -- FilmoTeca de Catalunya (http://filmoteca.cesca.cat/), which includes a digital repository featuring films, documents and so much more...including publications (more than two dozen of them, including Films Selectos). You can check it out at http://filmoteca.cesca.cat/handle/11091/8833
Collapse