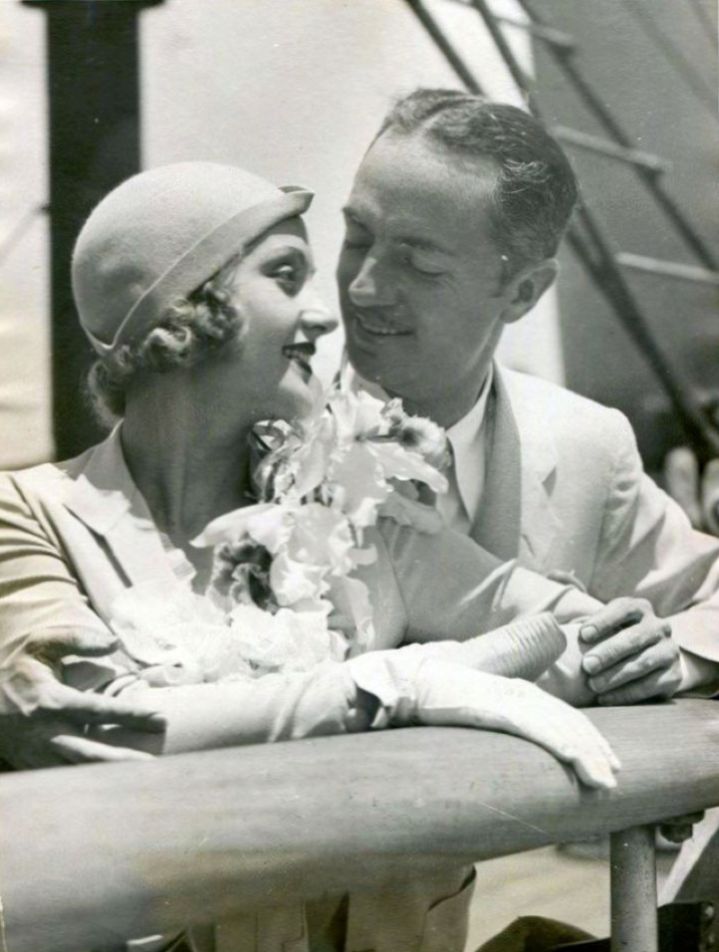 When both newlyweds are actors, they should know how to properly pose for the camera, and Carole Lombard and William Powell don't disappoint as they give press photographers what they were looking for only hours after their wedding. The couple were aboard the oceanliner Malolo, heading to Hawaii and honeymoon bliss; we know this from the snipe below the photo:

(Actually, the honeymoon wasn't that filled with bliss, a precursor of what was to come. Carole became ill while in Hawaii, and the marriage dissolved slightly more than two years later, though Lombard and Powell remained amicable.)

This photo is vintage, from the Acme syndicated agency, as proven by the printing on the back: 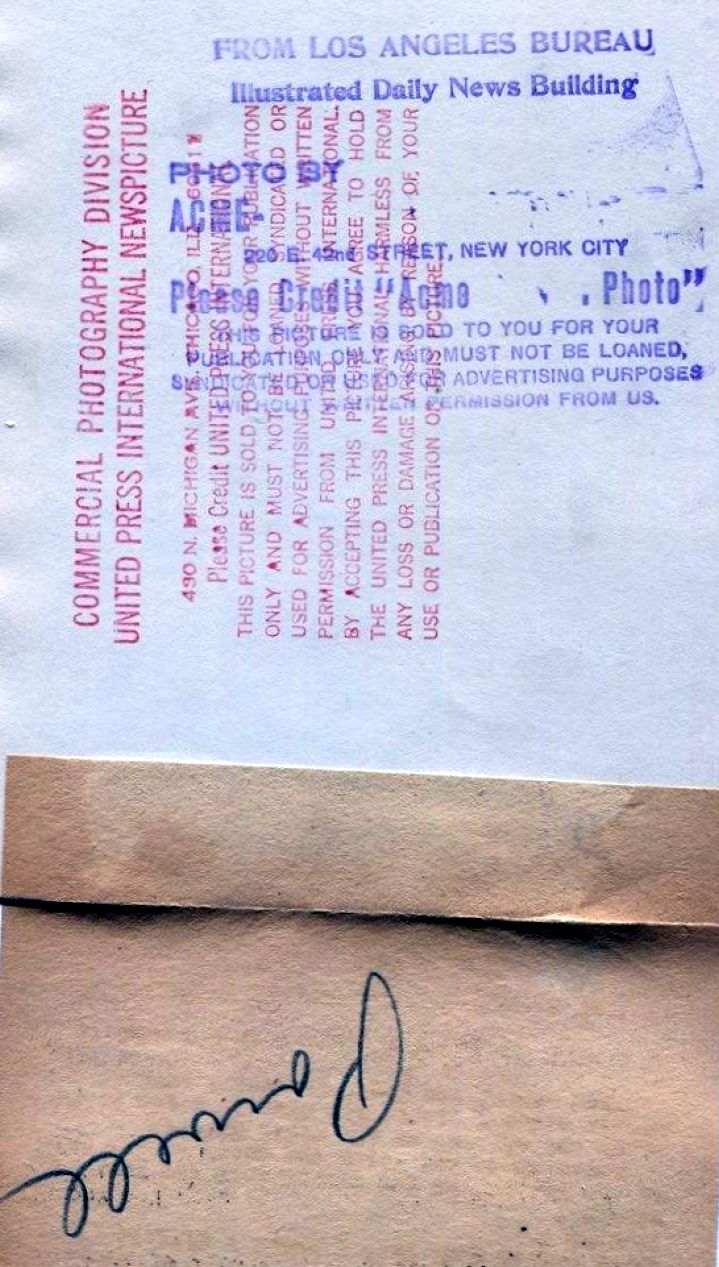