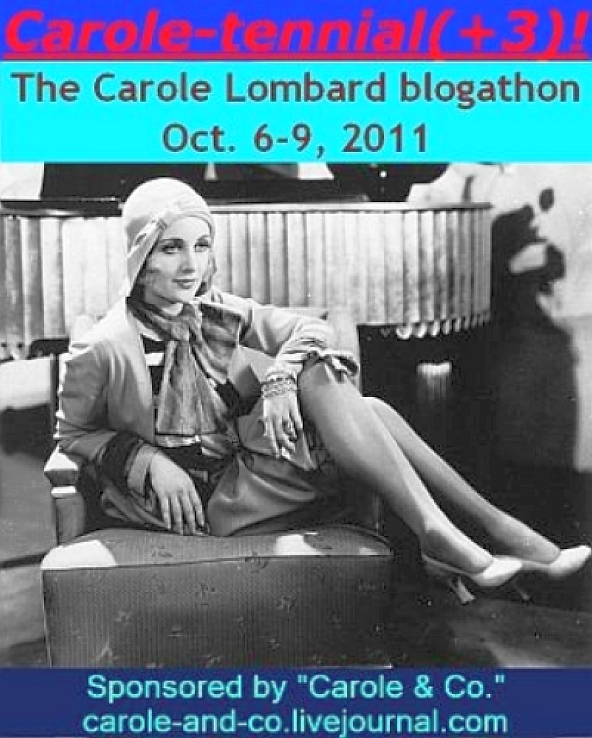 Some of you may recall the initial blogathon hosted by "Carole & Co.", coinciding with the 103rd anniversary of Carole Lombard's birth in October 2011, so we called it the "Carole-tennial(+3)!" We're borrowing the "-tennial" part of that term to alert you to an upcoming salute to another Hollywood legend, set for this Thursday. It's the Loretta Young Centennial Birthday Tribute. 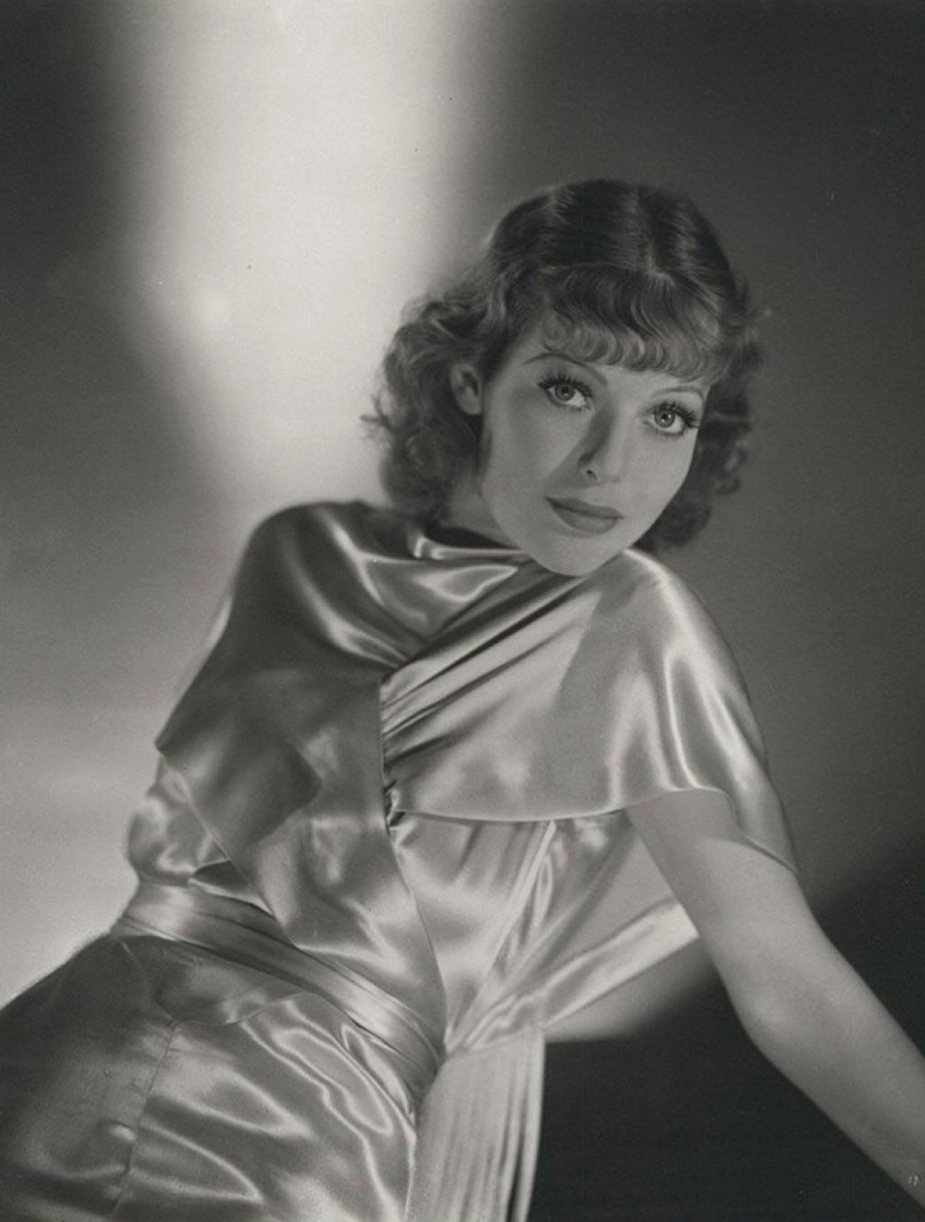 What we're calling the "Loretta-tennial(+1)!" (she was born Jan. 6, 1913) will be at 8 p.m. at the Alex Theater in Glendale. Her son Christopher Lewis (his wife, Linda Lewis, is a Facebook friend of mine) and celebrity and industry friends will take the audience on a journey through the life of the Academy and Emmy Award-winning actress.

Loretta Young's work and contributions to the entertainment industry has become more appreciated in recent years, though thankfully she saw the beginnings of the pre-Code revival -- which brought many of her early films to the forefront -- before her passing in August 2000. One of filmdom's most ethereal actresses, Young already was a movie veteran and noted star by the time her teen years had ended. Here's an autographed picture of Loretta, all of 17, outside the Vine Street Brown Derby in 1930: 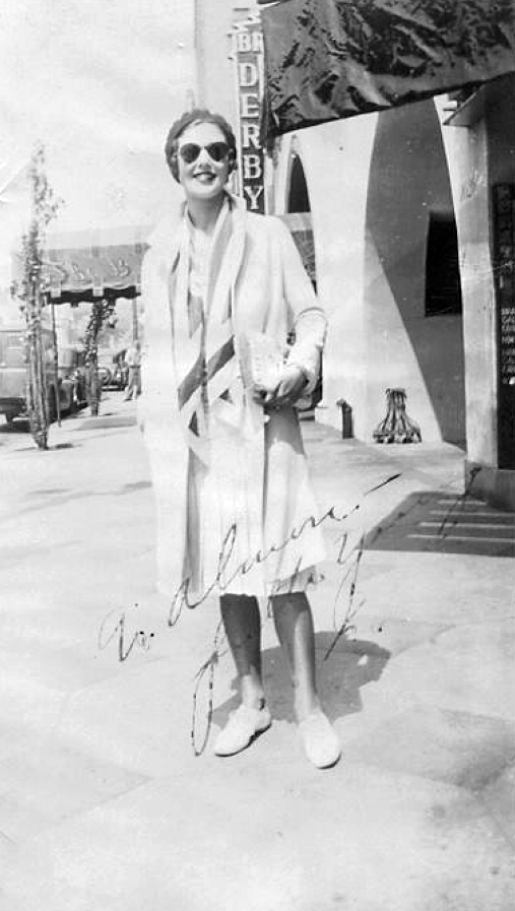 Young remained a solid box office draw for the rest of the 1930s and into the '40s, and was rewarded with a best actress Academy Award in 1947 for "The Farmer's Daughter." By this time, she had developed plenty of business savvy, and with the rise of television in the early '50s, she transitioned to the new medium with the drama anthology "The Loretta Young Show"; her grand entrances gave the series glamour, though the wardrobe in the roles she played could range from the everyday to the exotic, such as in a 1957 episode where she portrayed Egyptian legend Nefertiti (below). She won an Emmy for her efforts. 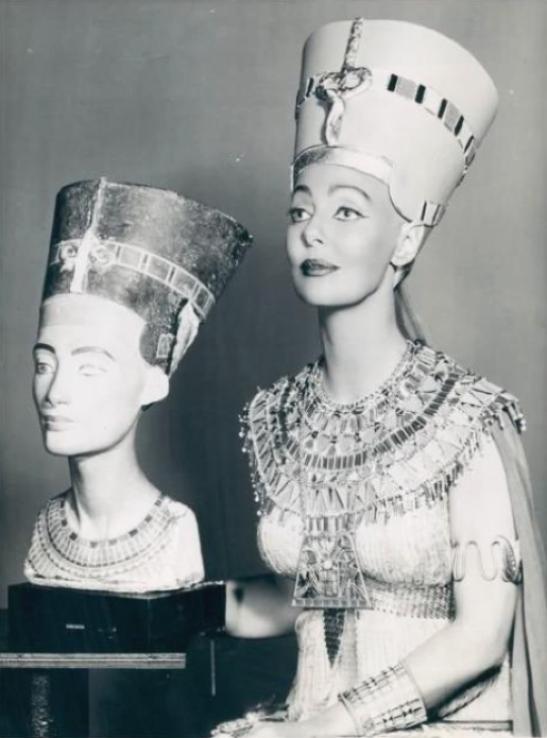 The Glendale event also will feature movie clips, conversations, testimonies and dramatizations of pivotal events in her life, such as when 14-year-old Gretchen Young (second from left, below) got a small part in the 1927 Colleen Moore comedy "Her Wild Oat"...not to mention a new first name: 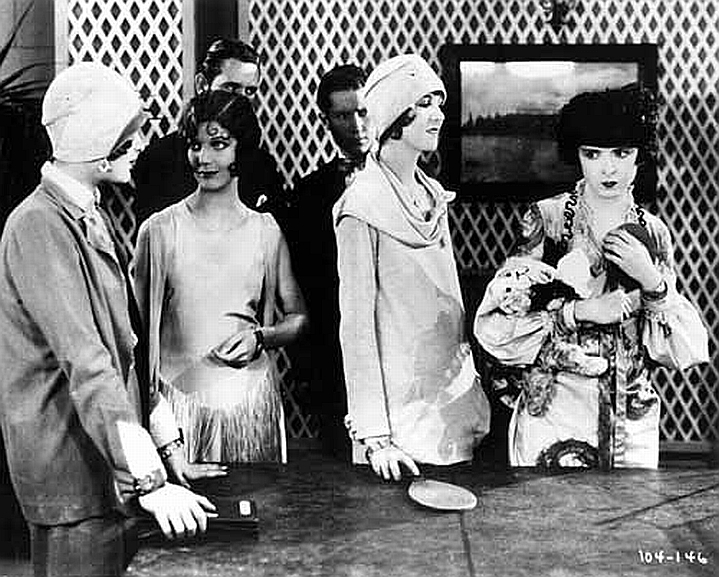 Also on display will be an exclusive exhibit of Loretta's famous dresses and cherished possessions. From the start, she was considered one of filmdom's best-dressed stars, as witnessed from this display in the March 1932 issue of The New Movie Magazine: 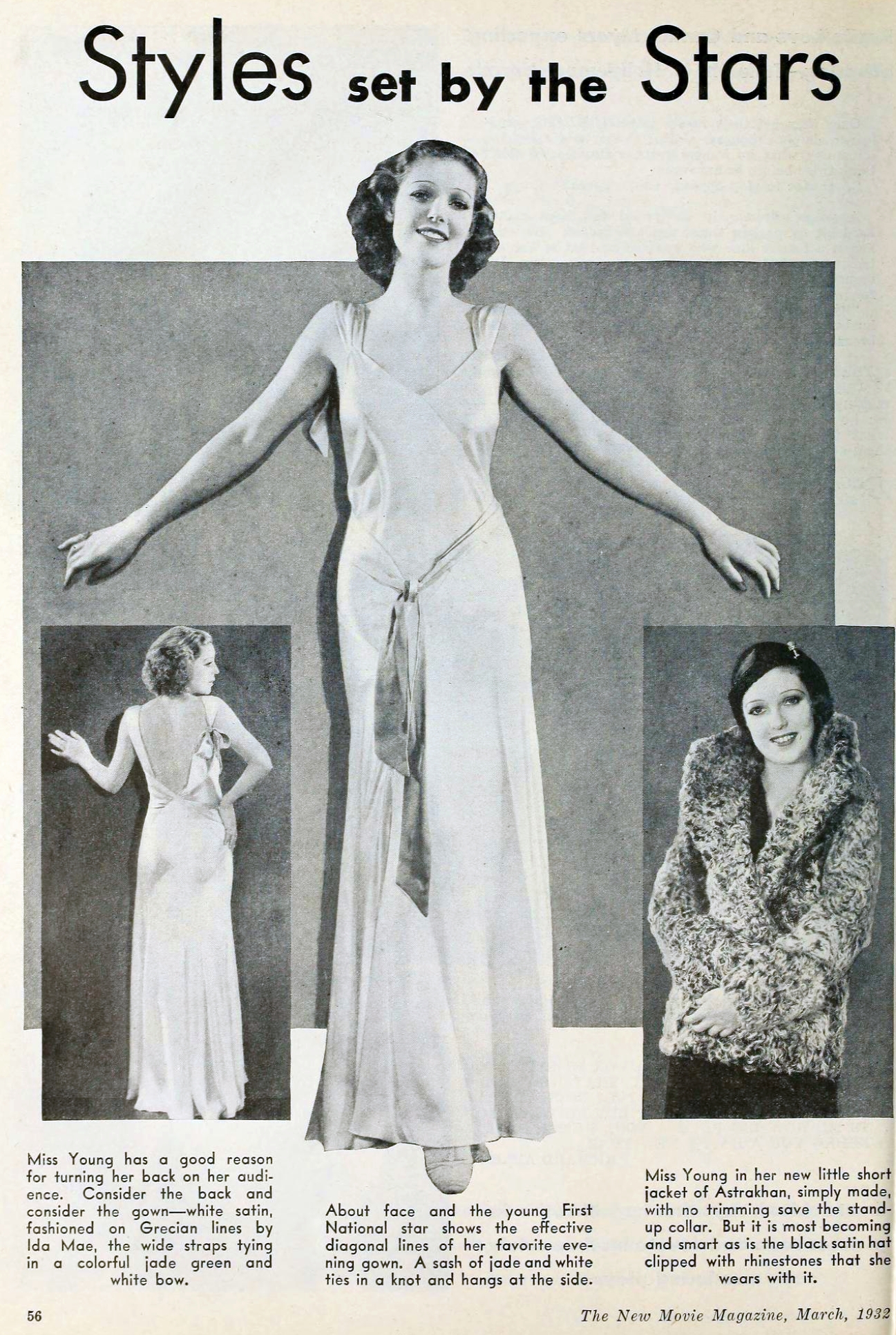 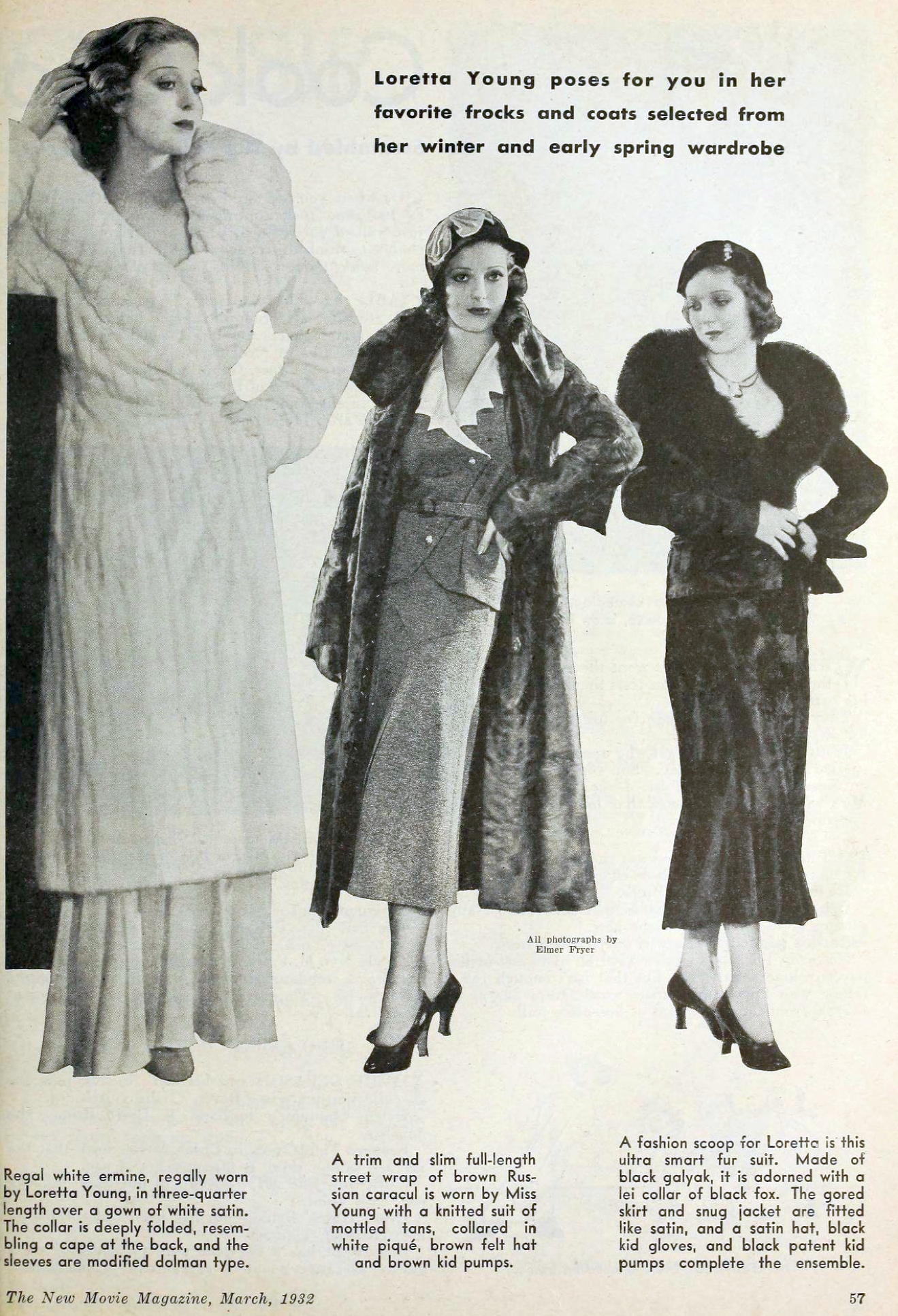 She continued to be stylish into her later years, as this photo makes evident: 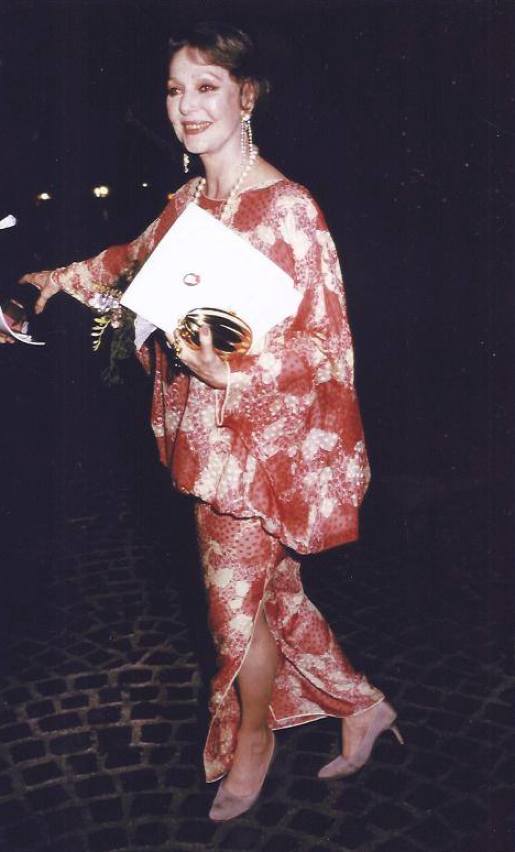 Tickets are $35 and $55, and can be ordered at http://www.eventsinus.com/alex-theatre-glendale/prospect-house-entertainment-glendale-arts-present-loretta-young-centennial-birthday-tribute-tickets-30-jan.html. I hope many of you who are in the area will attend, and that you'll have a wonderful time at the "Loretta-tennial(+1)!"
Collapse