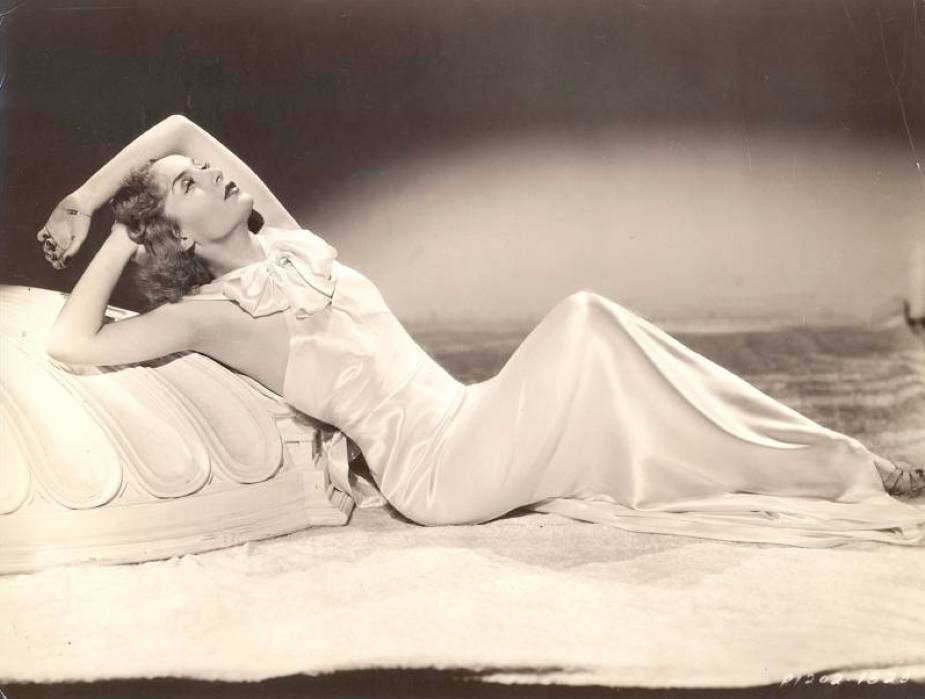 We fast-forward our look at Carole Lombard in annuals from the British magazine Film Pictorial to 1937, by which time she'd progressed to full-fledged worldwide stardom. But she remained a symbol of Hollywood at its most fashionable and as such was a sought-after style authority. More samples of that follow, thanks again to Ewa Szymańska.

First, she was cited among seven stars with tips to tell (including Claudette Colbert, Marlene Dietrich, Myrna Loy and Ginger Rogers) in "Screen Beauties Unveil the Secrets of Loveliness": 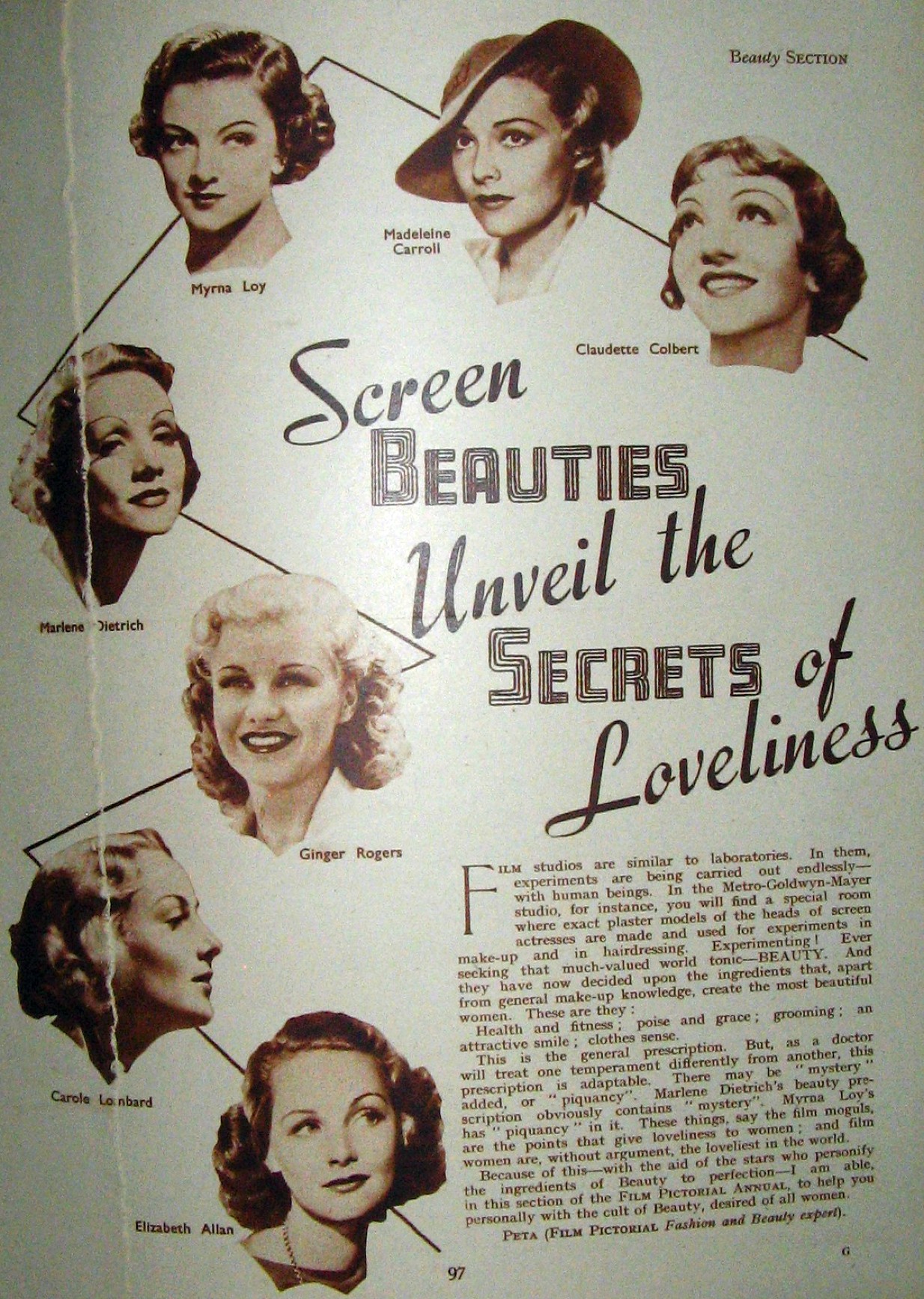 What secret was Carole to unveil? Clothes, specifically smart ones, befitting Lombard's status as one of the best-dressed women on the screen. She gives some common-sense advice, then backs it up with some visual samples of her cinematic wardrobe: 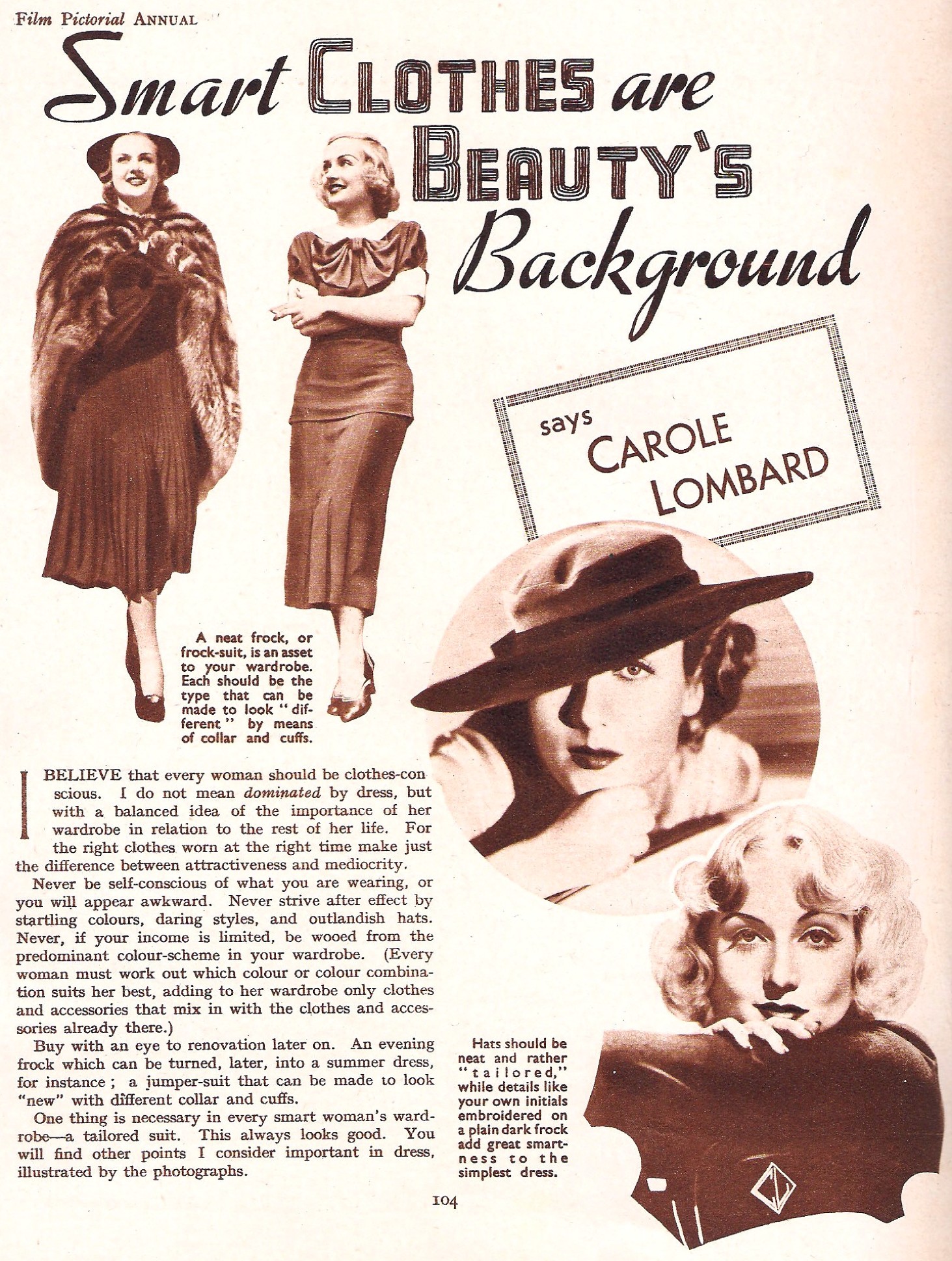 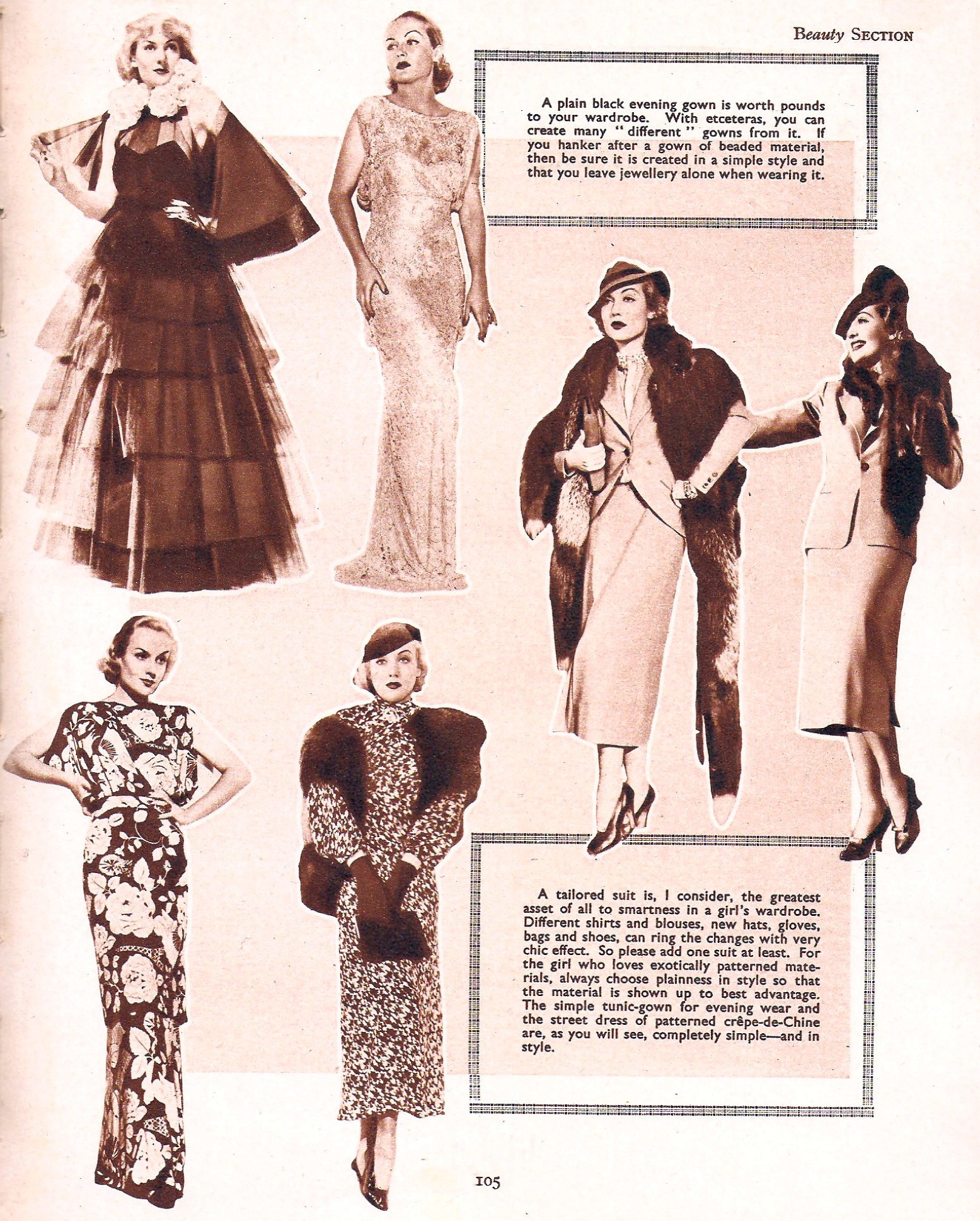 I'm guessing someone at either Film Pictorial or Paramount's British office wrote the copy in Carole's "voice." Though Lombard had worked with plenty of Britons and probably was aware of at least a few idiosyncrasies of UK speech, I can't imagine she would have come up with the phrase "A plain black evening gown is worth pounds to your wardrobe"; after all, "pounds" (in the weighty sense) would be among the last things she would want to add to her sleek appearance.

Whatever, I'm certain many English roses looked over the copy and learned from Lombard.
Collapse