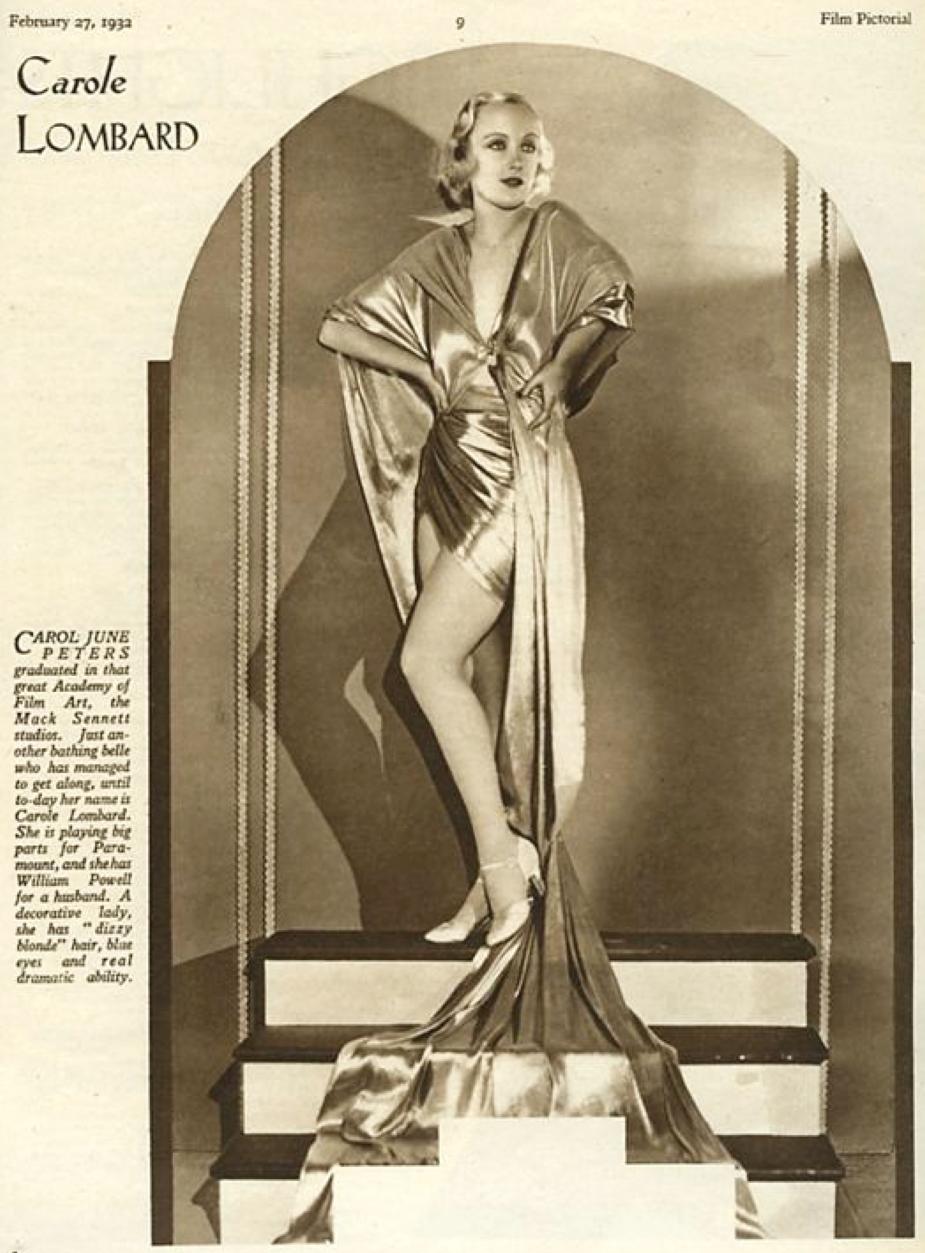 Carole Lombard looked rather glorious decorating the pages of Film Pictorial in its Feb. 27, 1932 issue (even if she was wrongly identified as having a real name of "Carol June Peters"), so it should be no surprise that the British publication used her as an example when it ran a segment called "'Glorifying' Secrets from the Stars" in its annual some three years later. And we have the feature -- or at least the first two pages, which include Carole -- courtesy of Ewa Szymańska: 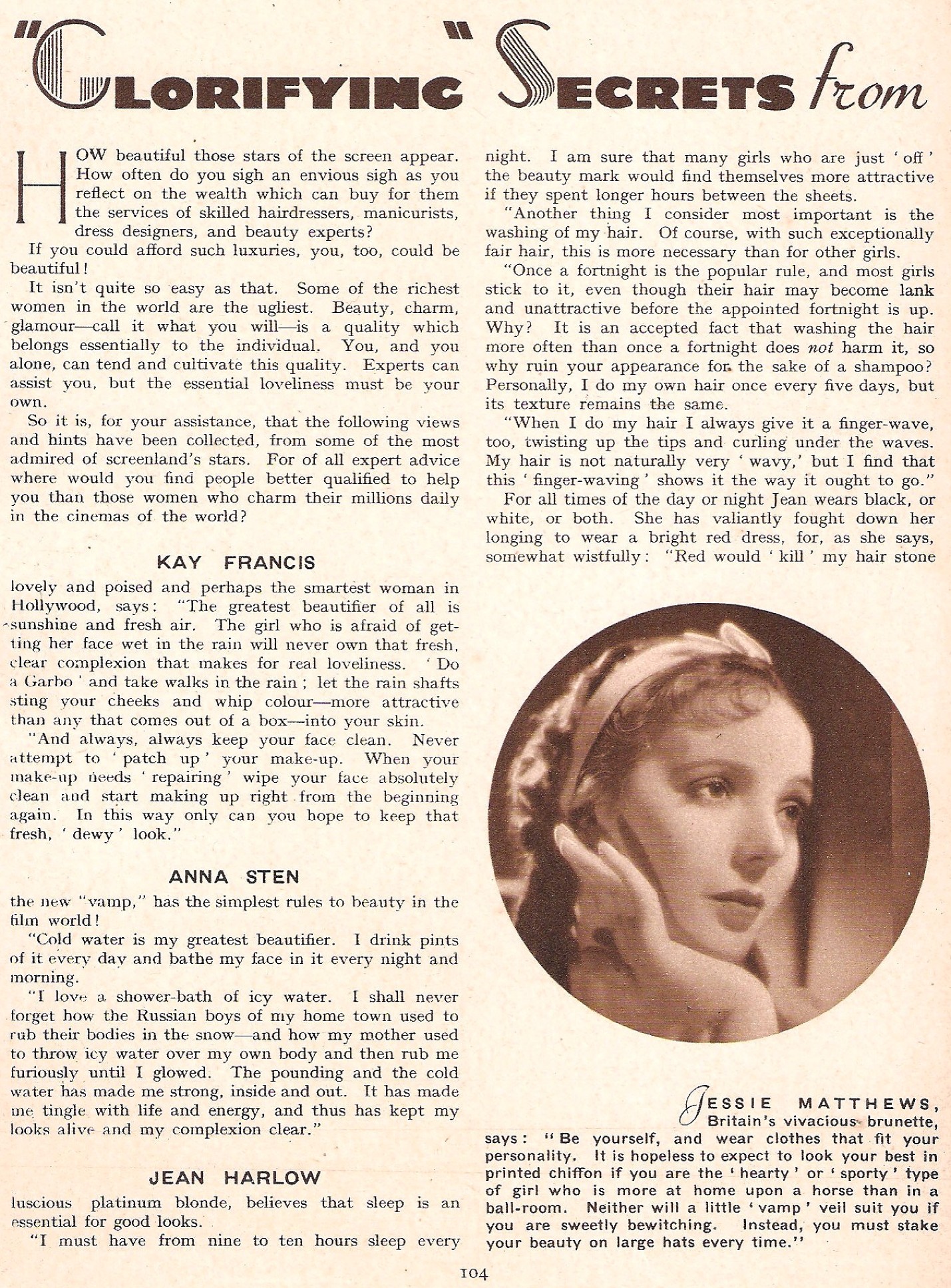 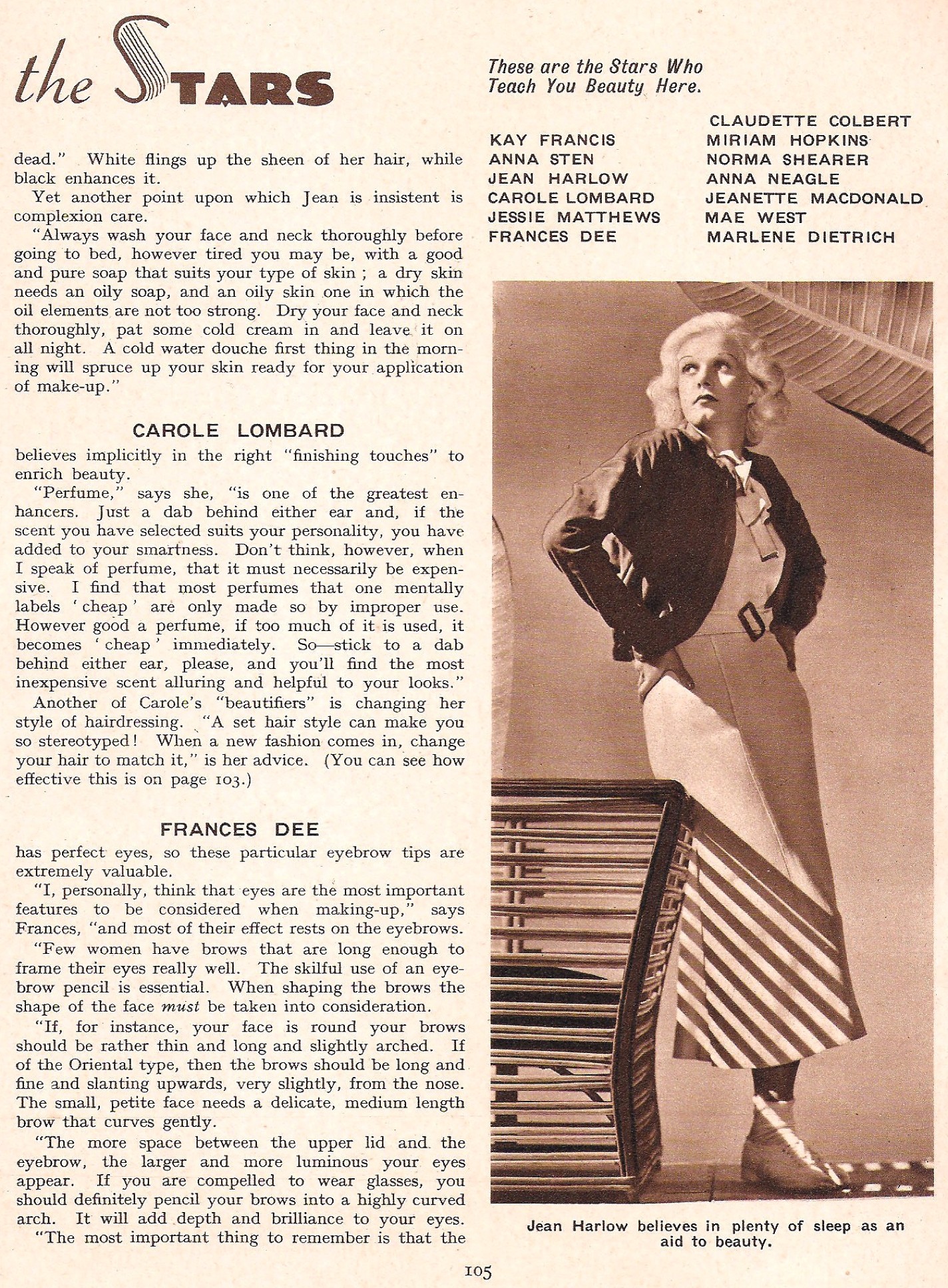 The portion we have also features tips from Kay Francis, Anna Sten, Jean Harlow and Frances Dee, pretty good company to be in. Here's Carole's contribution: 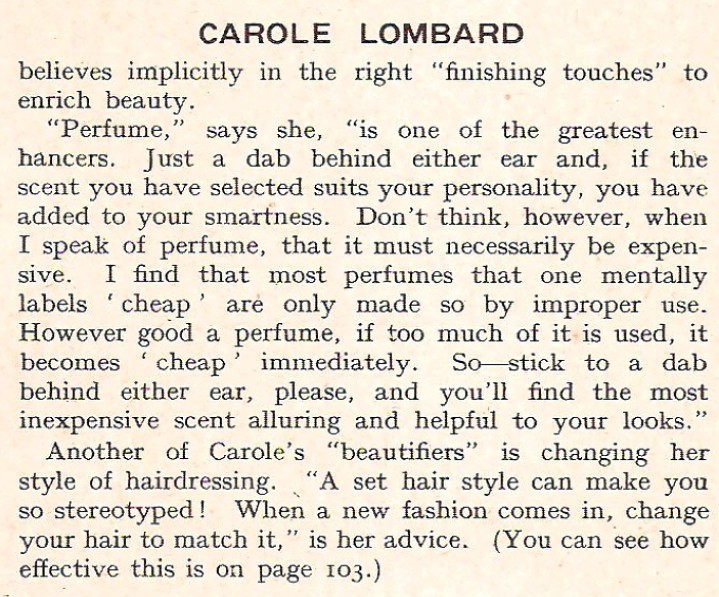 Much of what she says remains good advice nearly 80 years later. (And she illustrated tips on hair in yesterday's entry.)
Collapse