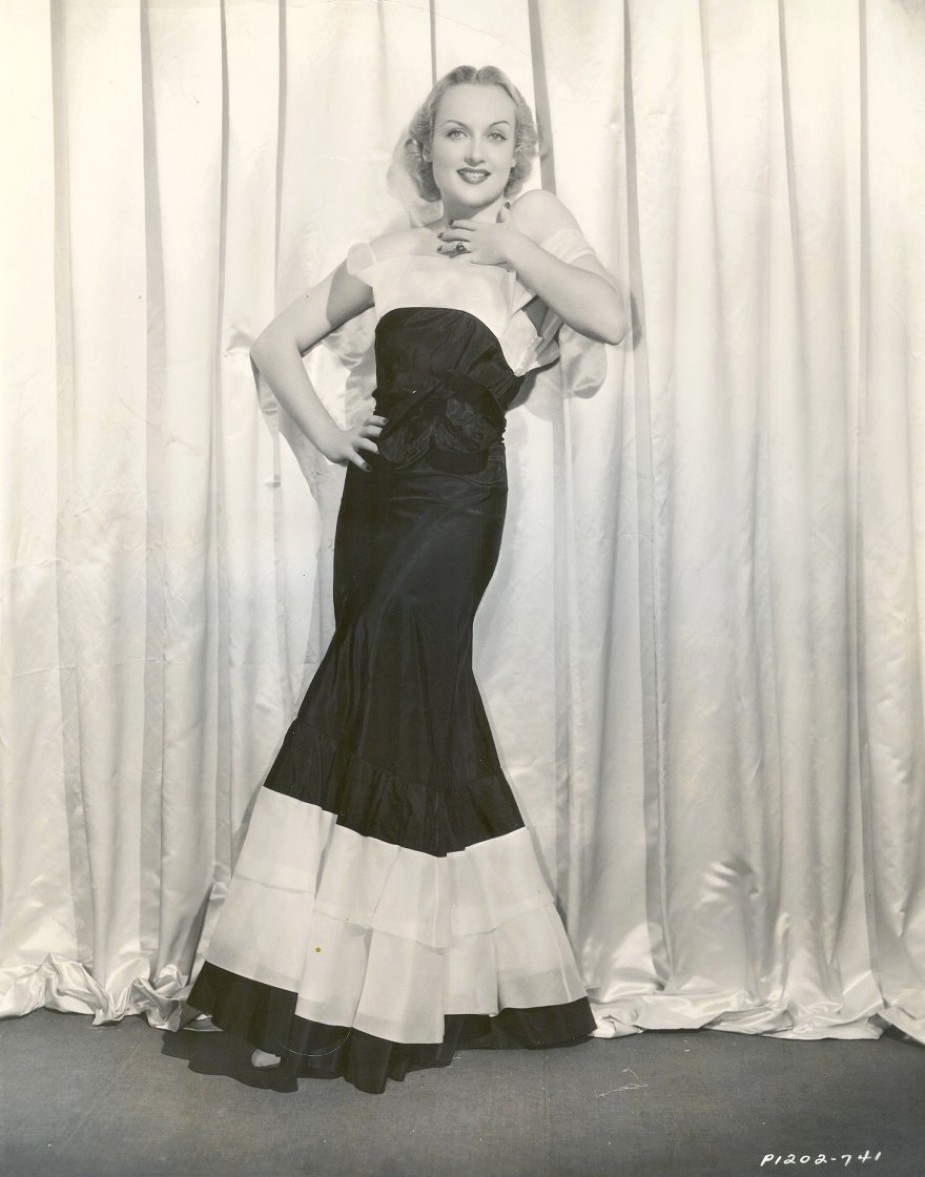 Regularly being named one of Hollywood's best-dressed women naturally made Carole Lombard someone women wanted to emulate. And it was that aura she and other stars possessed which led a Greenwich, Conn.-based pattern designer, part of the Conde Nast publishing empire, to create designs inspired by Lombard and other screen actresses of the day. 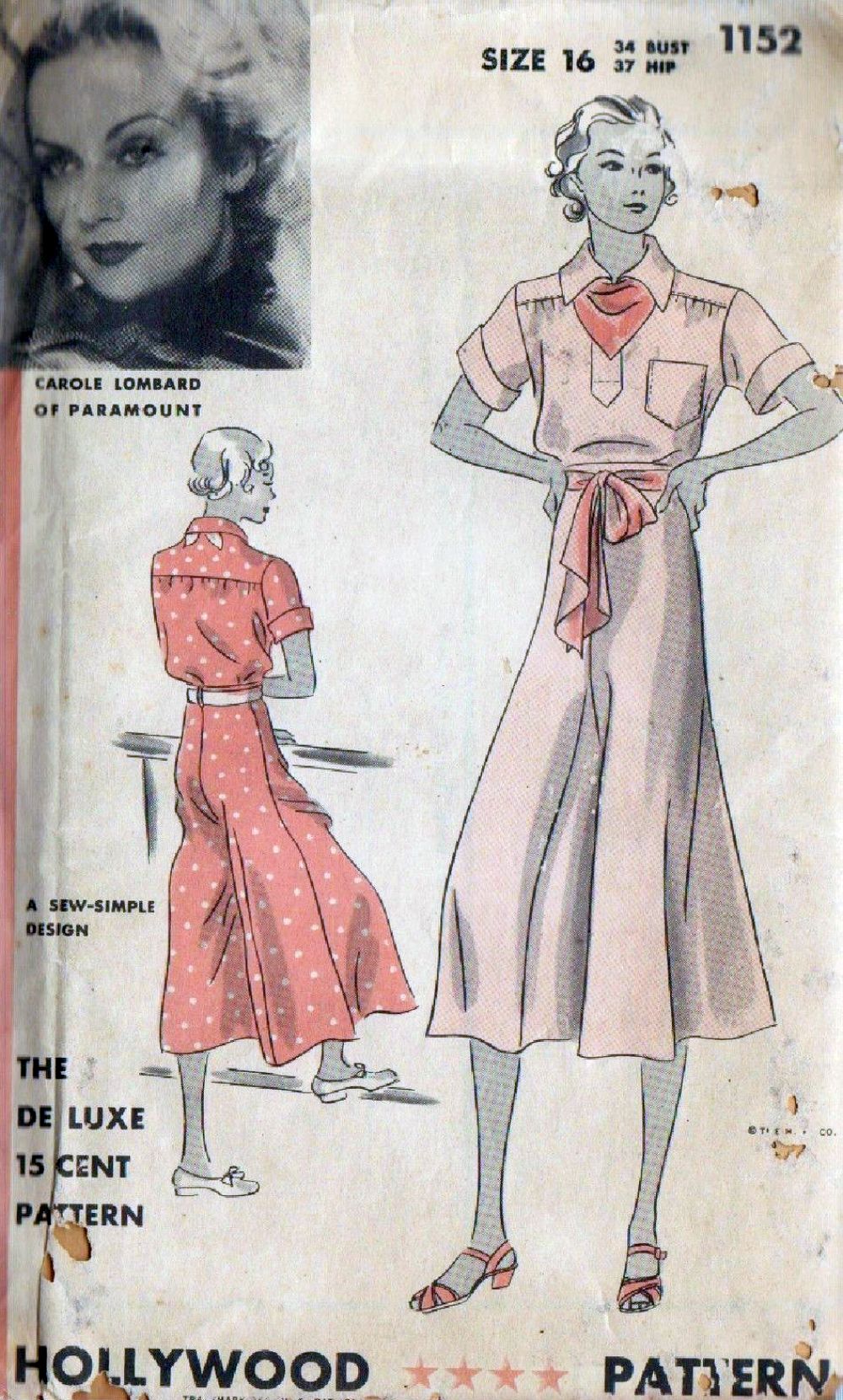 We showed this frock pattern a few years back, but the outfit was colored azure blue, not peach; it's a "two-piece culotte in misses' size 16," according to the seller. She notes it's designed for a woman whose proportions are 34-28-27 (meaning you don't need to have Carole's figure to wear this!), and adds:

"Shirt blouse is gathered below yoke at front and back. Has lapped front closing and single patch pocket. Scarf ties under collar. Short sleeves have turn back cuffs. Skirt is flared and finished with a tied girdle." (I sense the very word "girdle" is making some of our female readers cringe.)

The package is factory folded, unused and contains complete instructions, though the package itself -- probably between 75 and 80 years old -- is in fair condition. 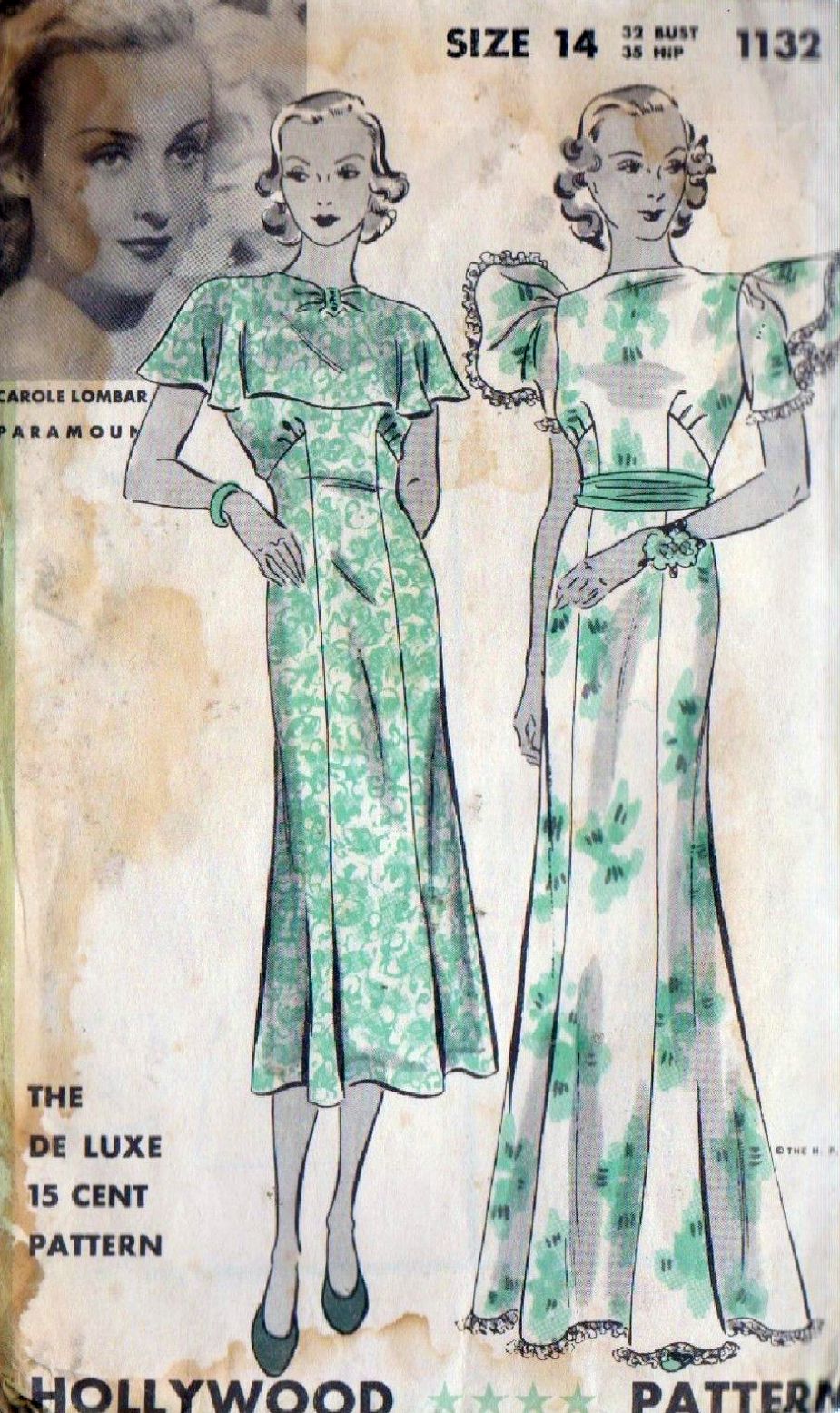 "Dinner or daytime frock in floor length or shorter. Front and back panels or skirt are in one with blouse. Skirt joins blouse at sides in built up waistline. Cape collar is used on sleeveless version. Short sleeves have an open flare above fitted lower edge. Lace finishes the sleeves and hemline on long frock. The pattern has been gently used and is complete with the instructions. The envelope is in fair condition." 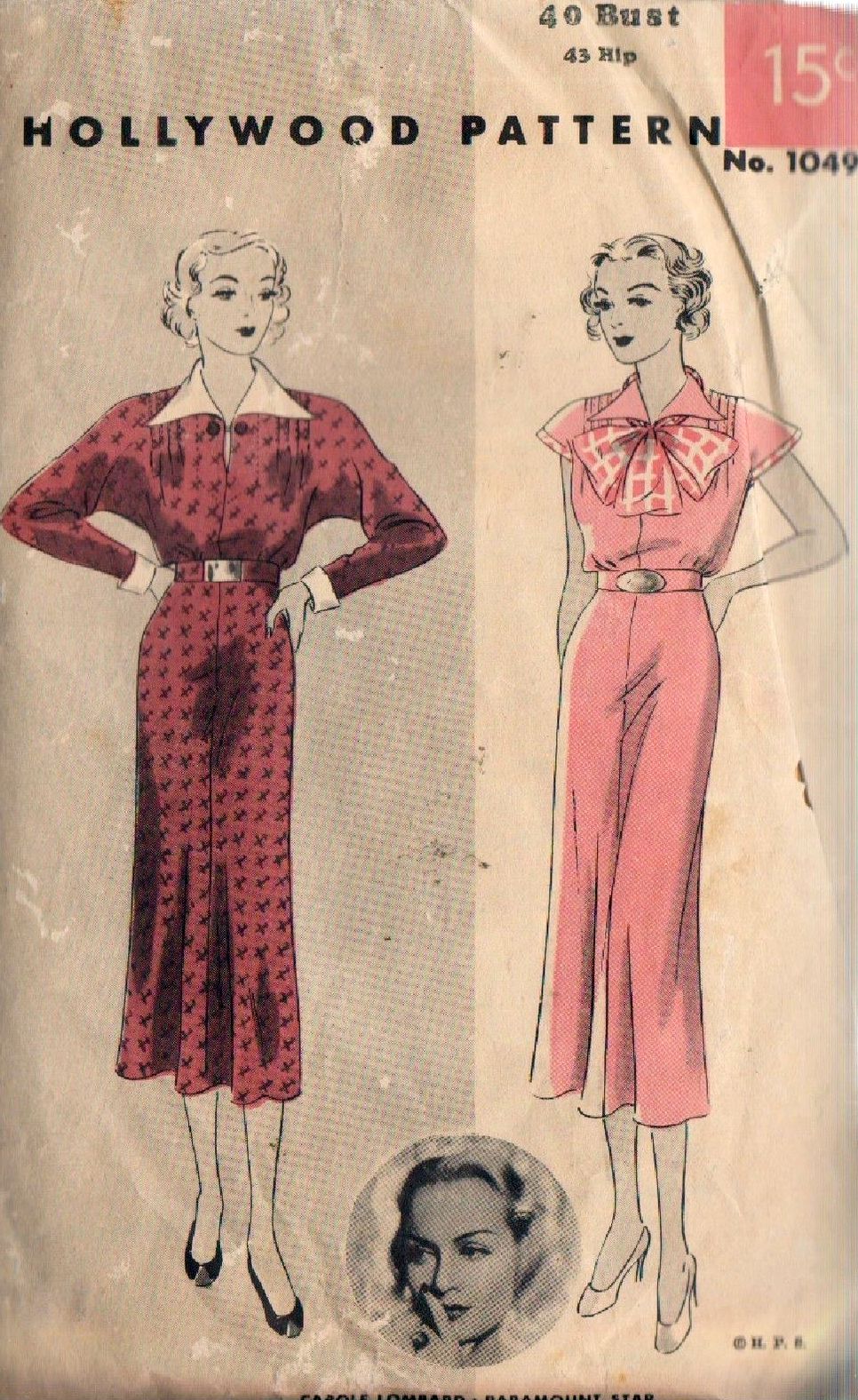 Measurements for this one are considerably larger (40-34-43). It's described this way:

"One-piece frock features long kimono sleeves or may be sleeveless. Narrow, full length panels at back of frock end in box pleats. Pointed collar is in one with blouse front. Neck is fastened with linked buttons or a tie, ending in three large loops. Long sleeves have contrasting cuffs. Sleeveless version has a bias fold finishing armhole. Front of skirt is seamed at center and joins blouse under belt. The pattern has been gently used and is complete with the instructions. The envelope is in fair condition."

As of this writing, the seller has 136 Hollywood Pattern designs available, and stars featured on the packages include Lucille Ball, Joan Blondell, Claudette Colbert, Bette Davis, Kay Francis, Ann Sheridan and Sylvia Sidney. See her entire collection at http://www.ebay.com/sch/m.html?_odkw=&item=171215958827&_osacat=0&_ssn=djstewartstuff&_trksid=p2046732.m570.l1313.TR12.TRC2.A0.Xhollywood+pattern&_nkw=hollywood+pattern&_sacat=0&_from=R40.
Collapse