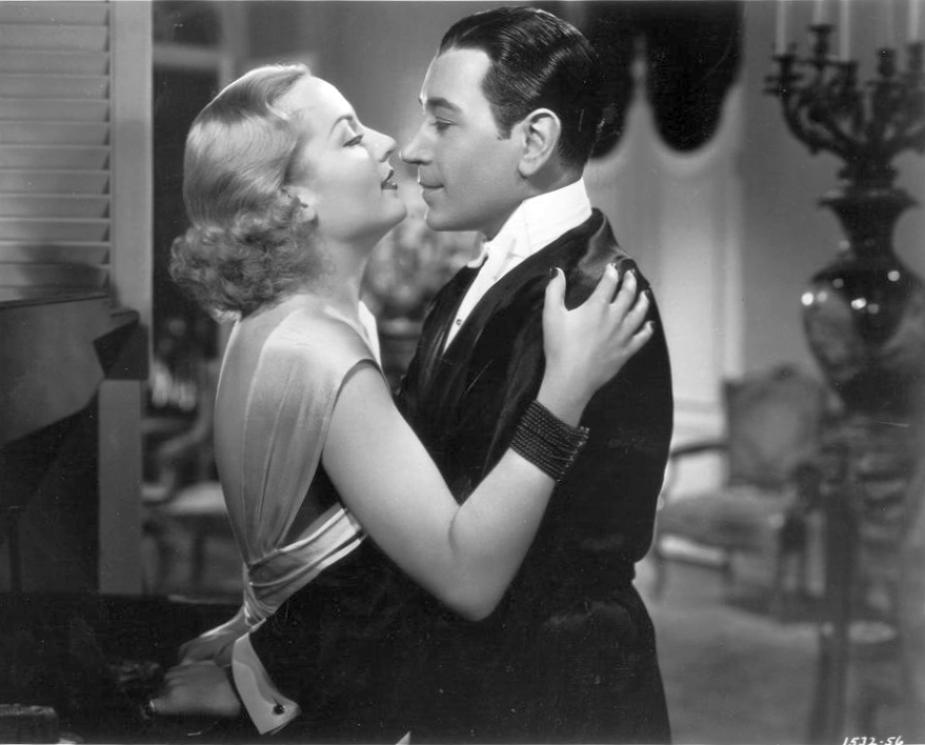 "Rumba," released early in 1935, arguably was the last Carole Lombard film that could be categorized as a "programmer." Now another artifact from that dance vehicle with George Raft has surfaced on eBay -- a herald: 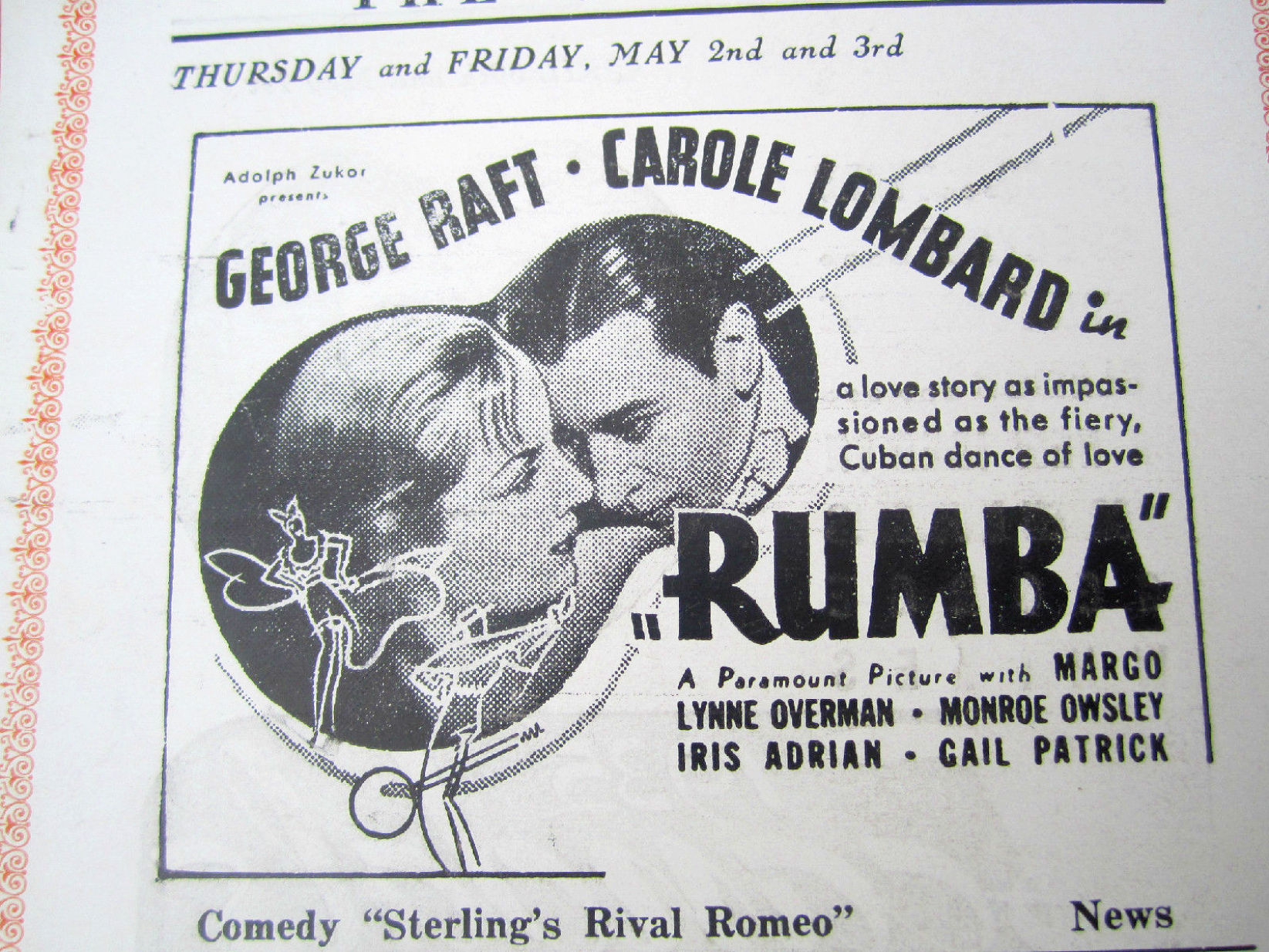 Here's the herald in its entirety... 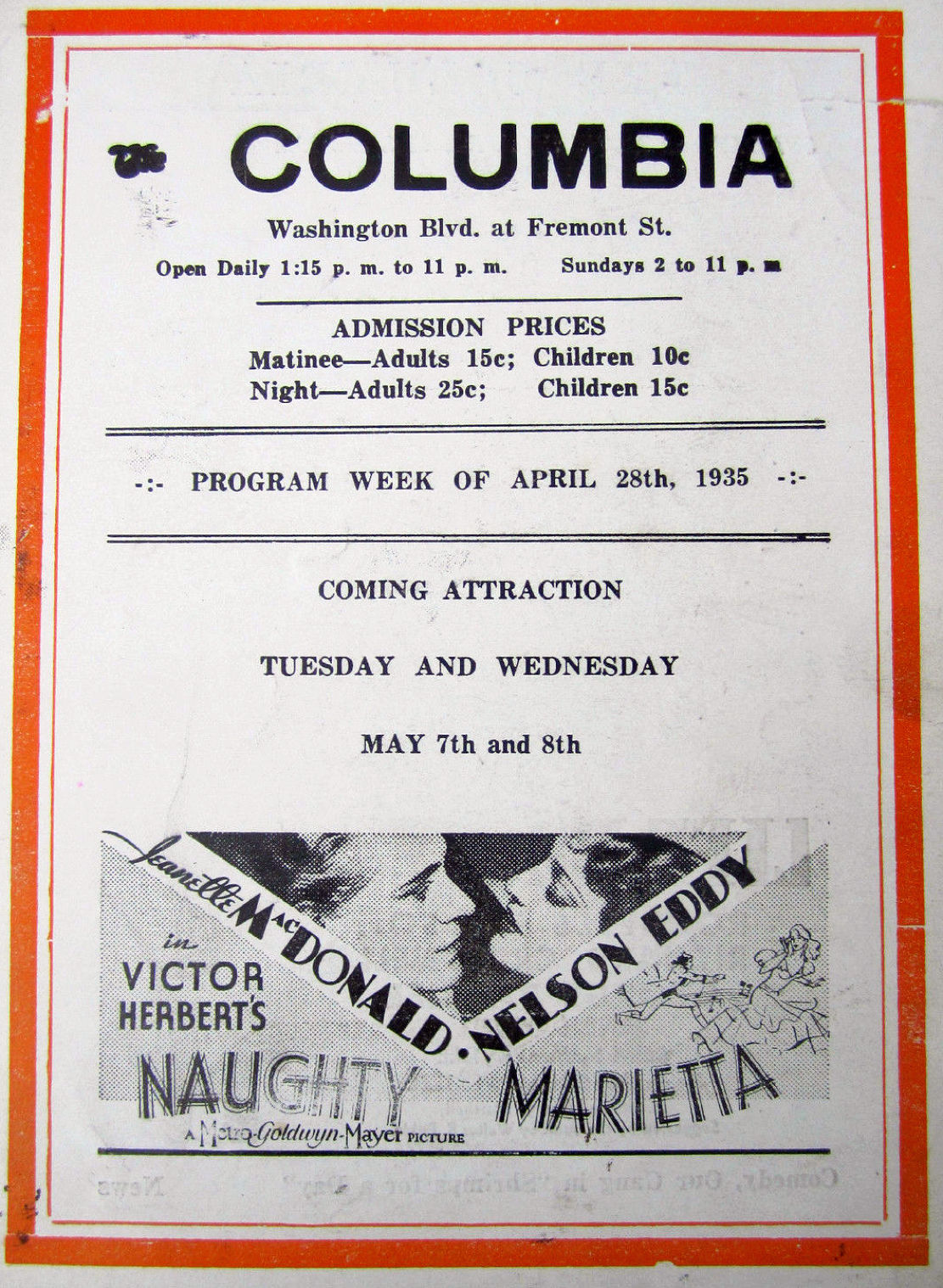 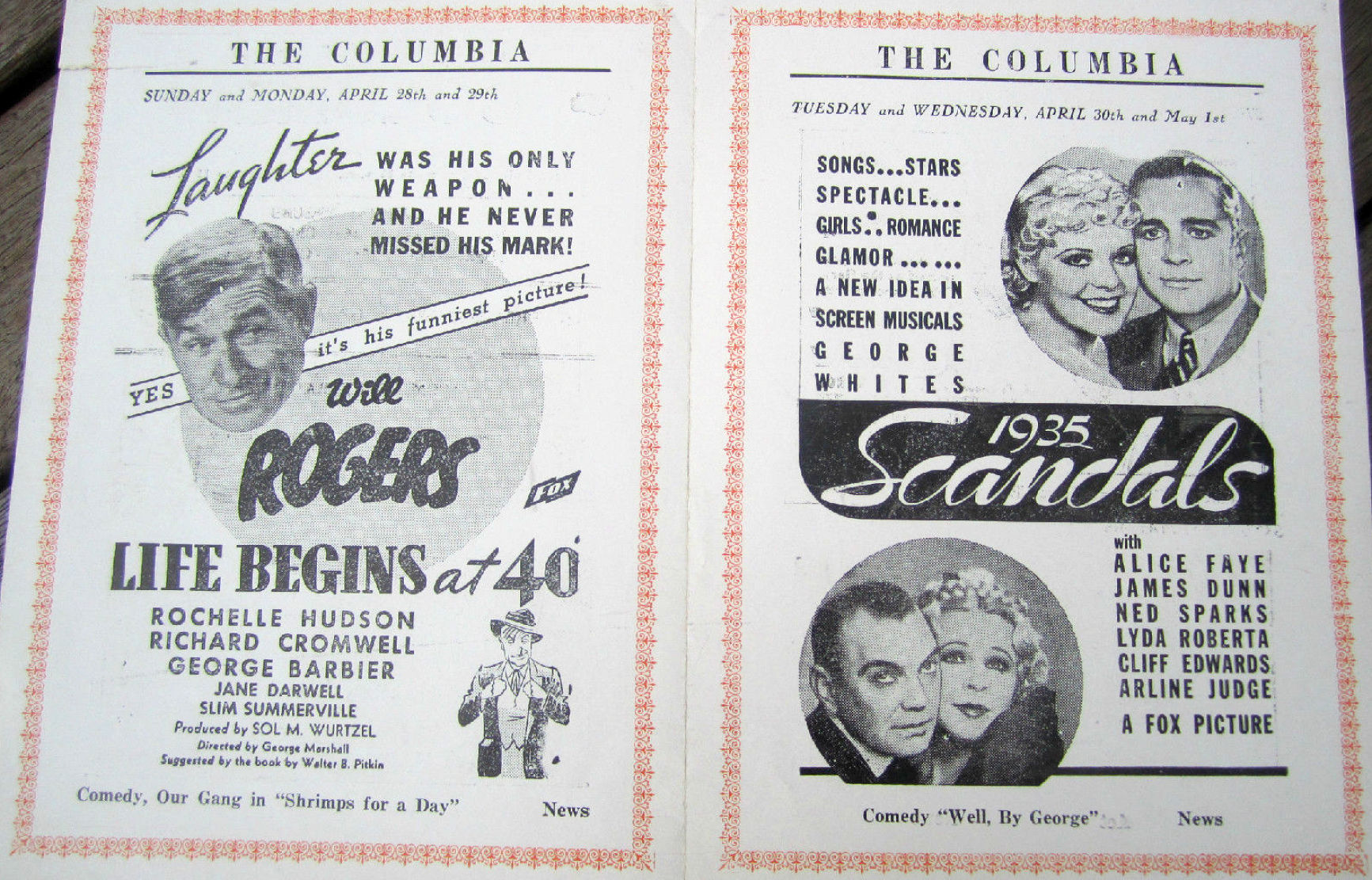 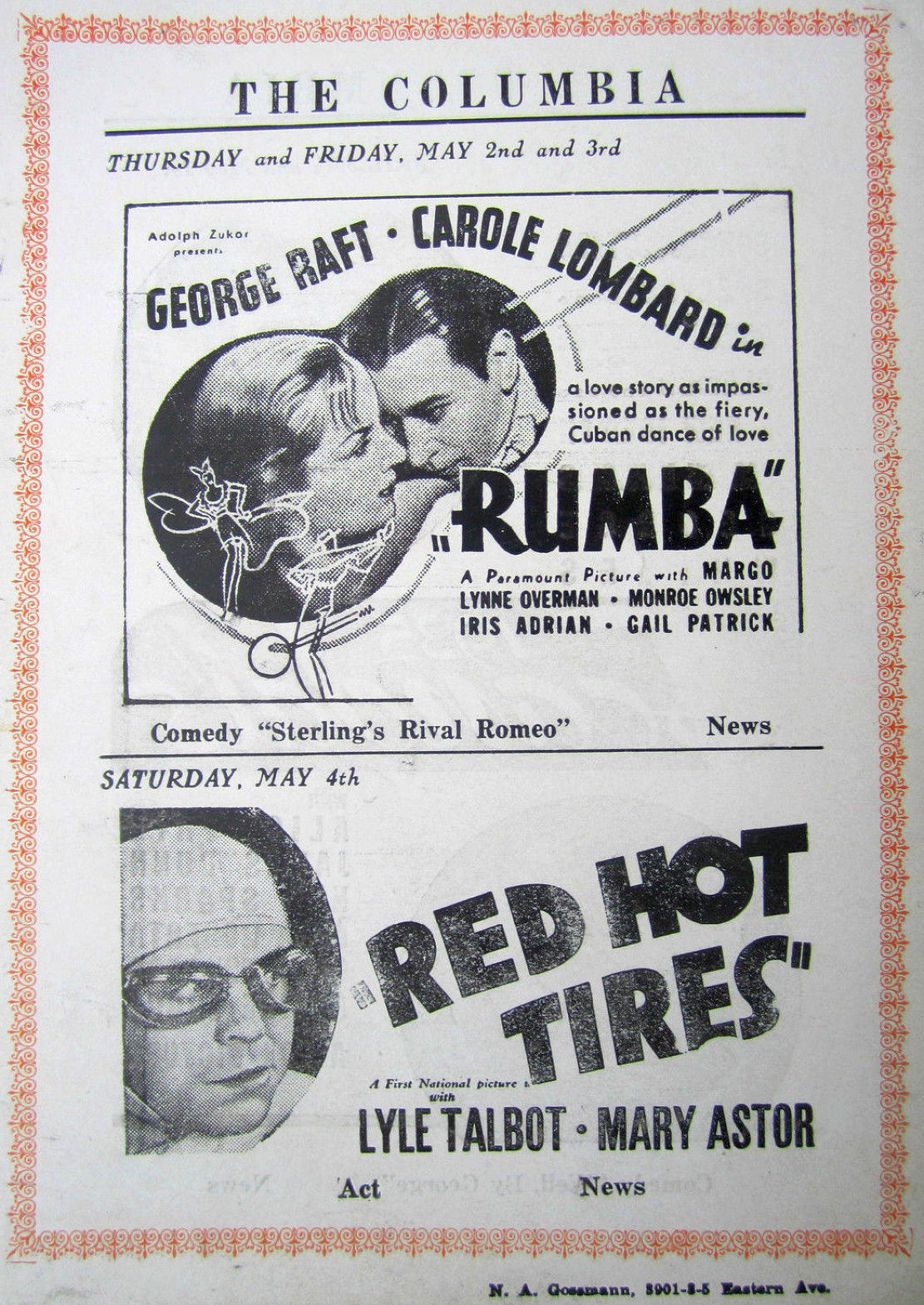 And the theater where it was playing? It was called the Columbia, and was in the southwest section of Baltimore: 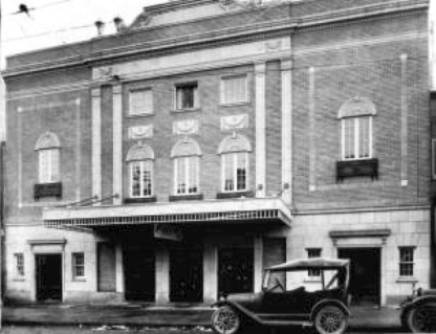 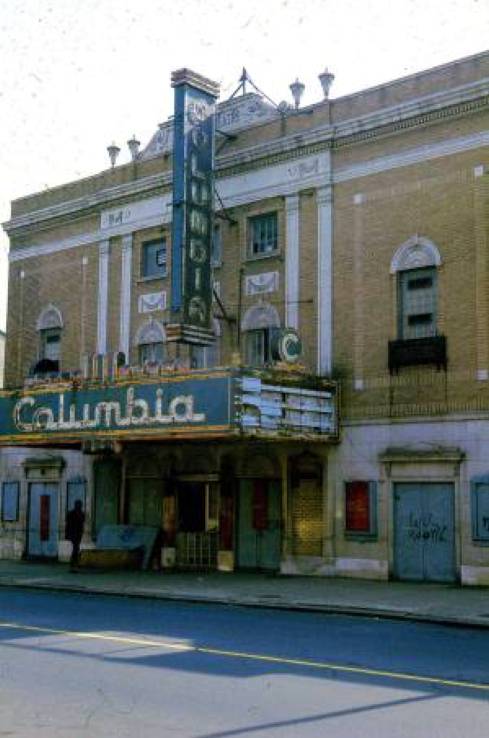 The theater, seating 550, dated back to at least the early 1920s. It was demolished in the 1970s to build Martin Luther King Boulevard, and the intersection where the theater stood now is occupied by a ramp for Interstate 95.

When opened, the herald measures 7" x 11"; considering it's nearly 80 years old, it's in good shape. Its chief defect is "a small tear in the upper right hand corner," according to the seller.

Carole's clad in a swimsuit for our latest Lombard LiveJournal header, specifically Paramount p1202-318, and from its design, we can tell it's a portrait promoting 1932's "Sinners In The Sun."
Collapse