Above is an ad from Life magazine in early 1937 for Carole Lombard's latest movie, "Swing High, Swing Low." Paramount put forth an aggressive advertising campaign for the third teaming of Lombard and Fred MacMurray, and that included its most prestigious venue, the New York Paramount:

That's right -- not only did Times Square Paramount patrons get to hear Carole sing and Fred pretend to play the trumpet (though he'd been a musician in real life, a saxophonist with Gus Arnheim's band before going into movies), they got to see Louis Armstrong, trumpet player nonpareil (here billed as "the trumpet king of swing"), play and sing live on stage: 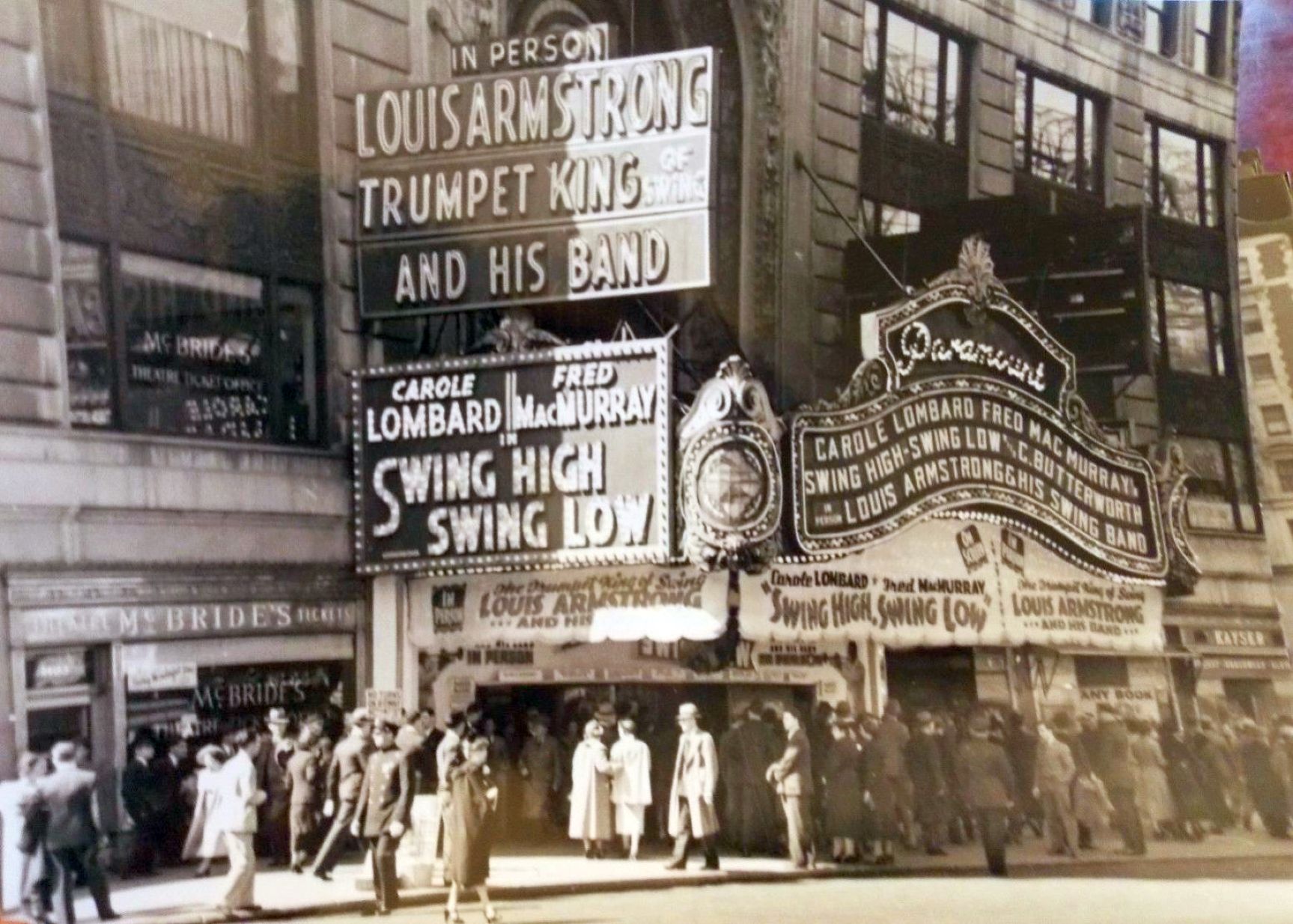 Truth be told, the Armstrong of this period wasn't the jazz revolutionary of his Hot Five days of a decade before, nor was he the pioneering vocalist of the late '20s and early '30s who'd influenced everyone from Bing Crosby to Billie Holiday. Louis had signed with Jack Kapp's U.S. Decca label, and its sides stressed Armstrong's pop affectations. So while it wasn't the most creative point of his career, Louis was stretching his influence beyond jazz buffs to the younger, whiter "swing" crowd. 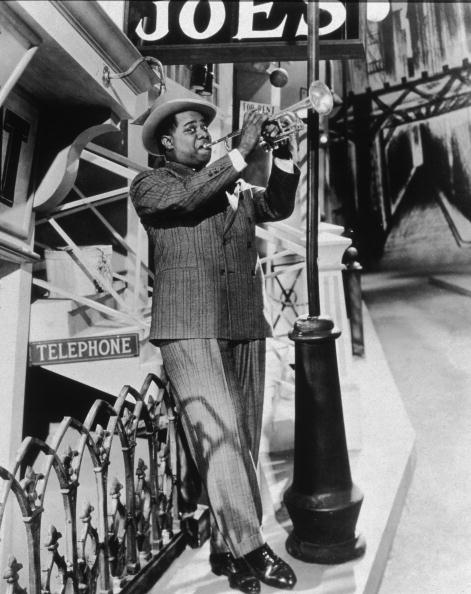 I have no idea whether Lombard and Armstrong ever met, though it's likely since Louis appeared in a few Paramount films in the mid-thirties. She probably owned a few of his records, too.

As for Armstrong's repertoire at that Paramount engagement, I've never seen a review or notes of what he performed...but I'm guessing this crowd-pleaser, "Swing That Music," recorded with Jimmy Dorsey's orchestra the previous August in Los Angeles, was on the card. It's one of his biggest hits and most thrilling recordings from this stretch of Satchmo's career.