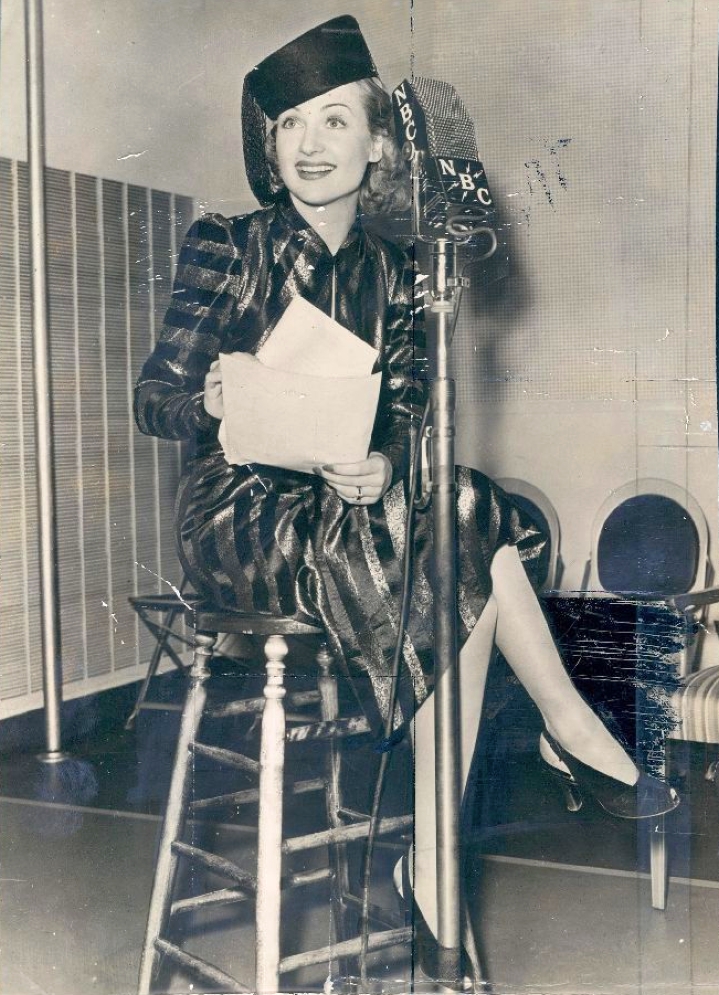 At the end of November, we did a salute to CBS' famed Columbia Square complex where Carole Lombard occasionally appeared; now, let's do likewise for the other major radio network at the time, NBC. A few months after CBS opened its new West Coast broadcast home, NBC followed suit, and it was noted on the bottom of the front page of the Oct. 21, 1938 Hollywood Reporter: 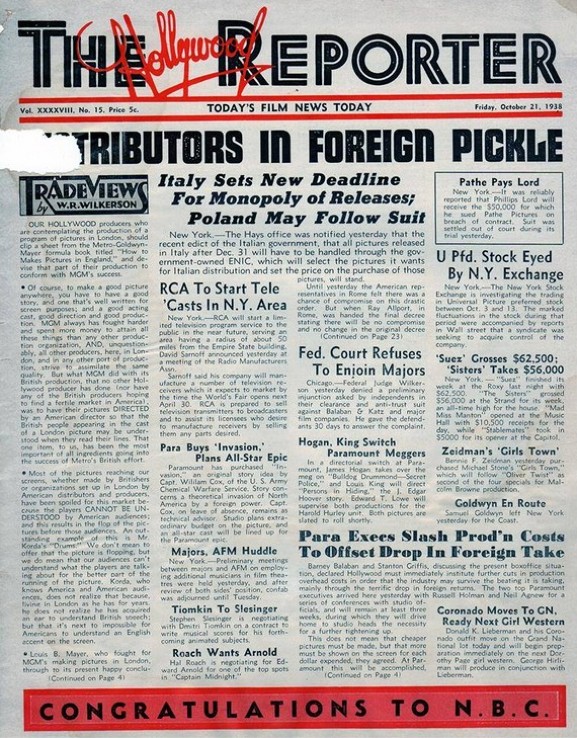 That doesn't look like much in and of itself, but it was the lead-in to a special advertising section saluting the Hollywood version of Radio City. Here's what the place looked like, at the high-profile corner of Sunset Boulevard and Vine Street: 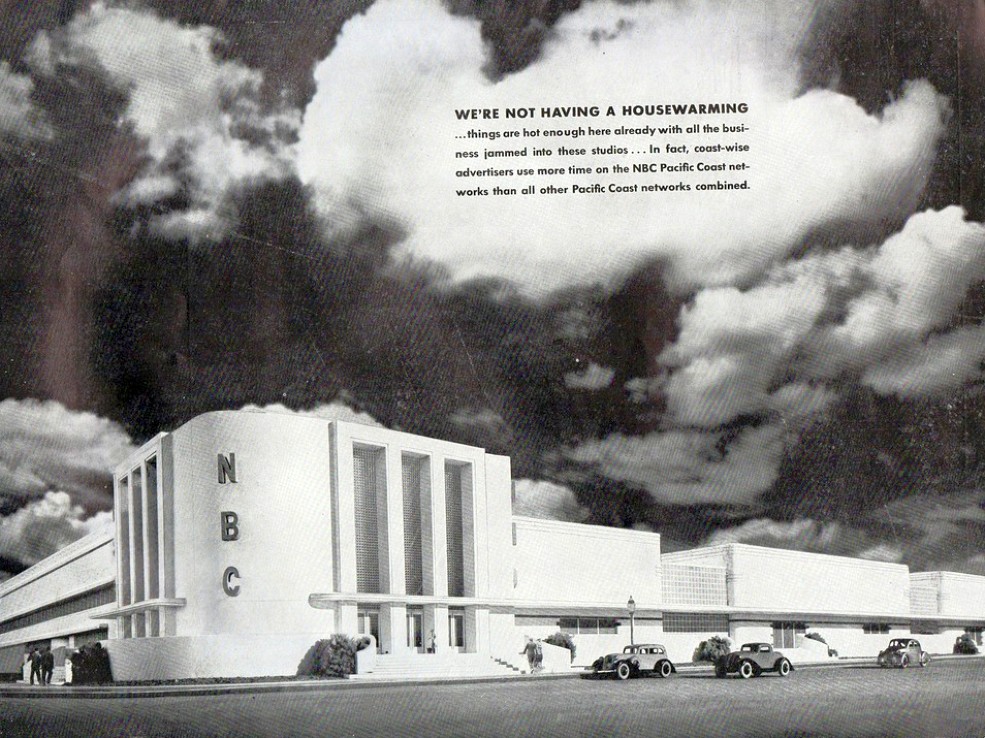 Its architecture was praised, as was its function as a capital of commerce (through advertising) 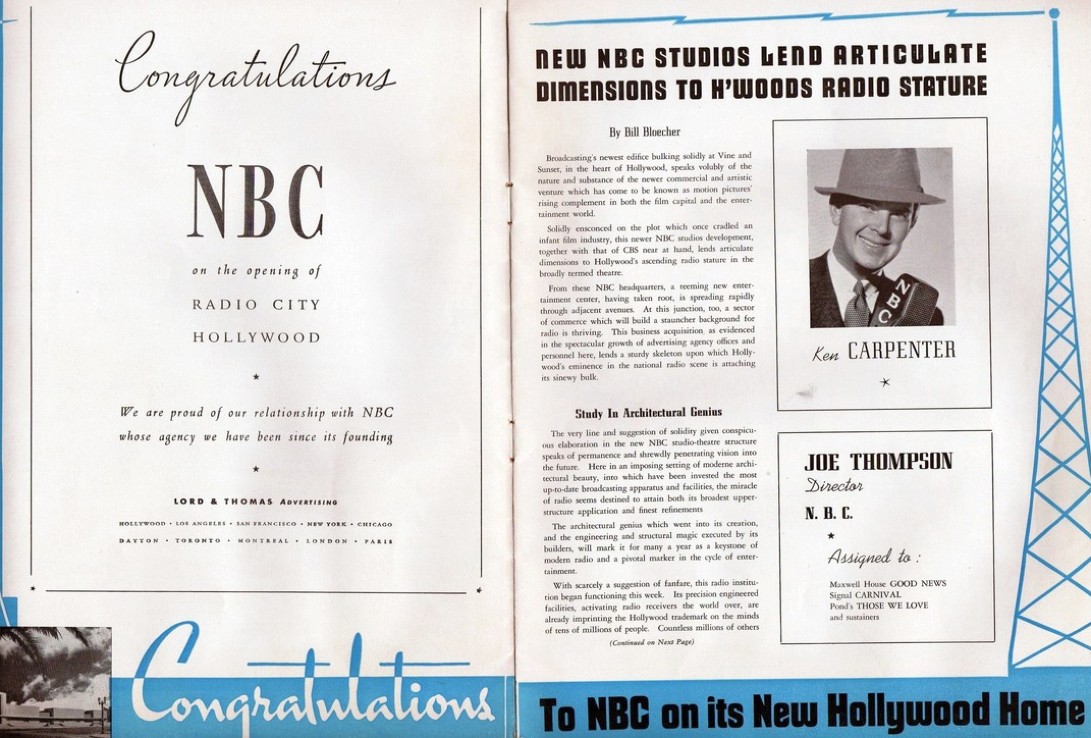 Various divisions of NBC and its parent corporation, RCA, did some log-rolling: 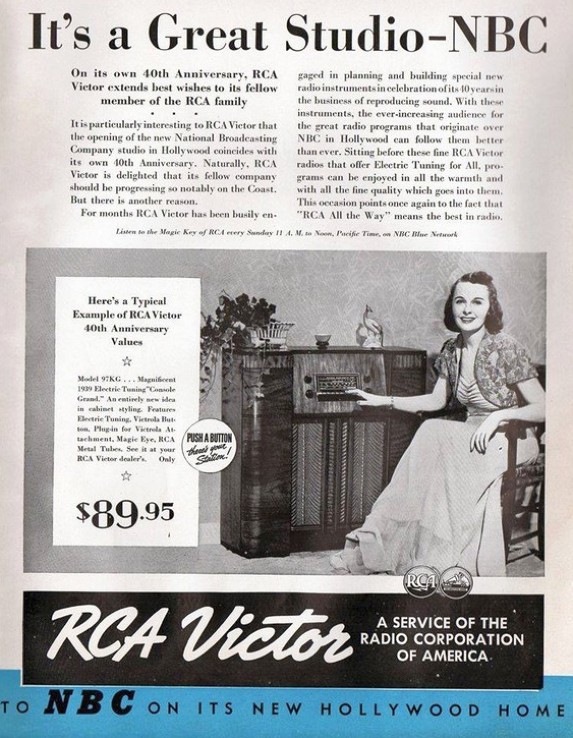 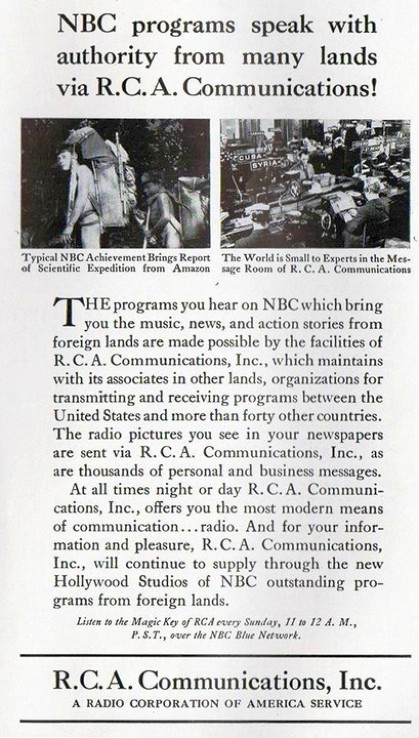 Bob Hope, fast-rising NBC radio comedy star who would be part of the network (on both radio and television) for decades, contributed an ad: 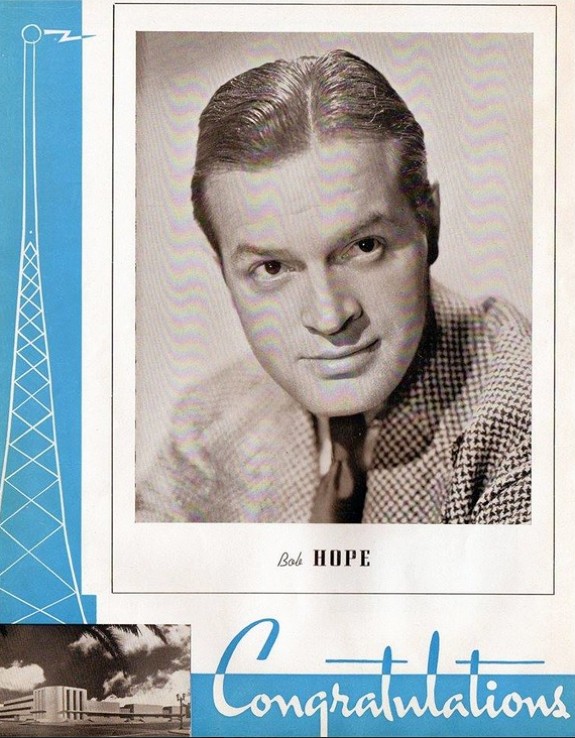 Even CBS welcomed this newcomer to the neighborhood: 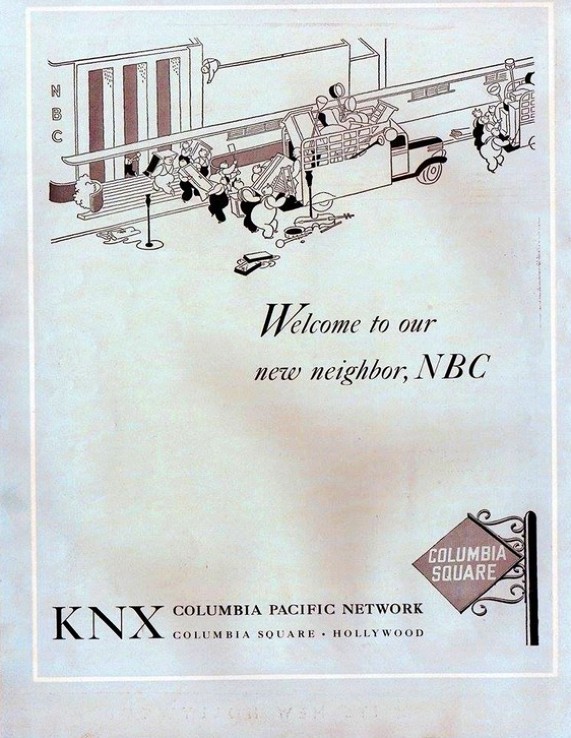 At Radio City, Lombard appeared on a few episodes of "The Circle" in 1939, as well as guesting several times with Edgar Bergen and his mischievous dummy, Charlie McCarthy.

Not only did this Radio City look beautiful from the outside, but its interior had the same moderne feel as its better-known namesake at midtown Manhattan's Rockefeller Center: 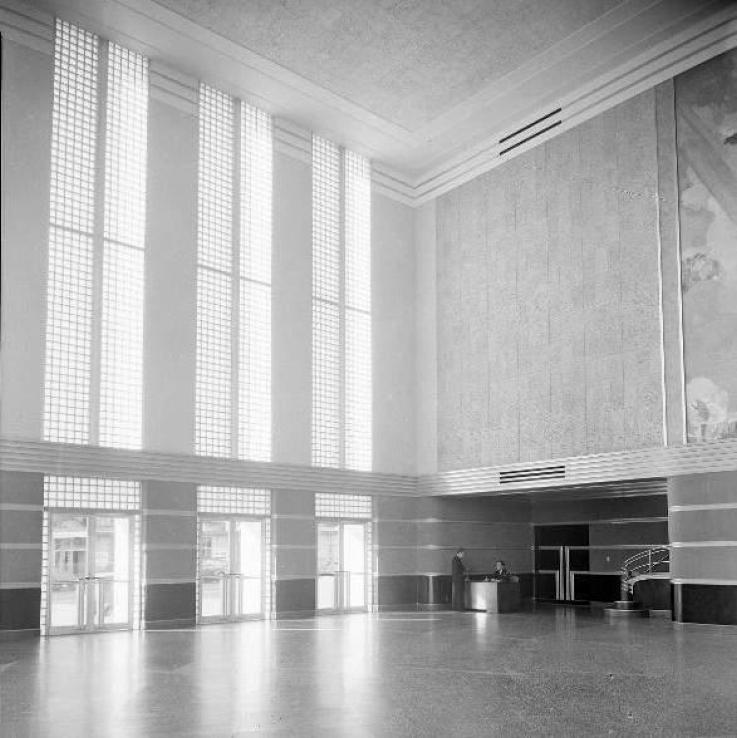 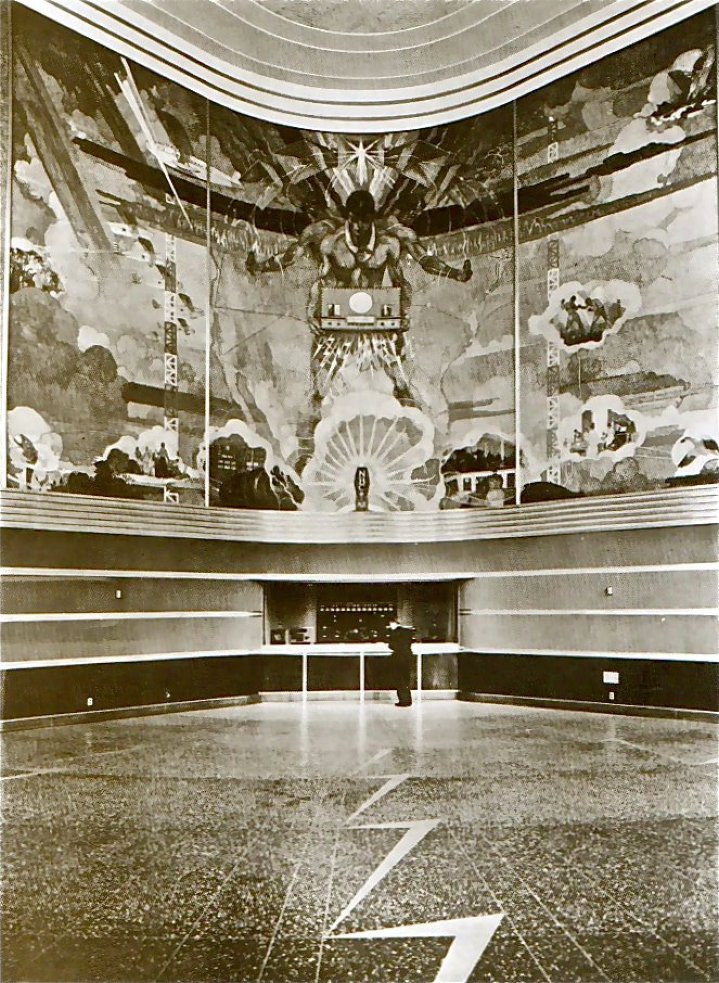 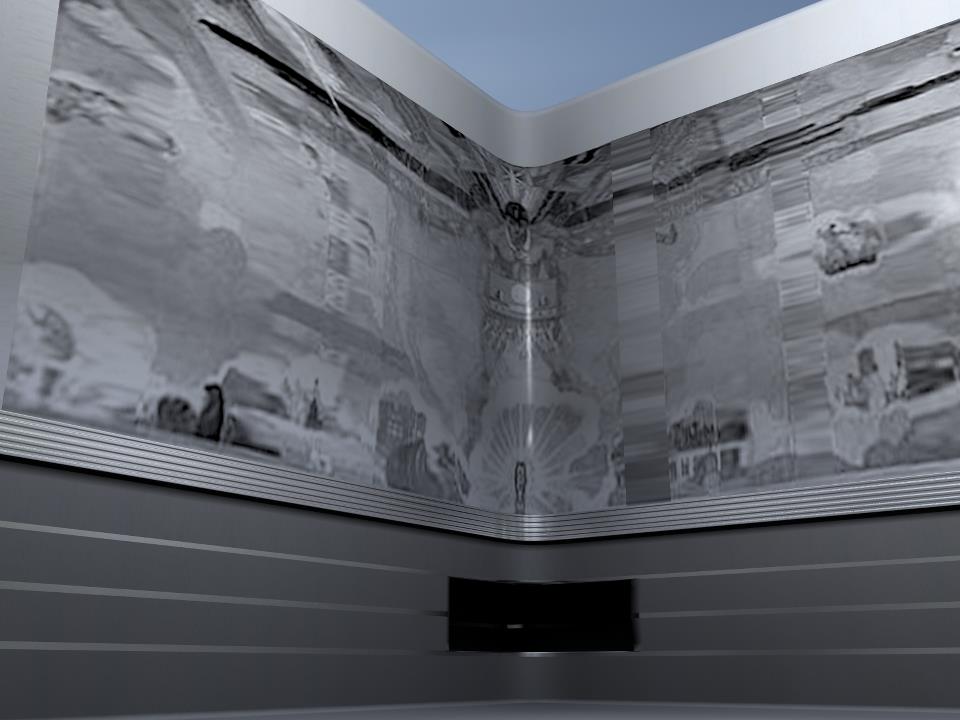 It became a tourist destination, too:

And the building at night complemented its vibrant neighborhood:

Unfortunately, technology spelled doom for Radio City. While it tried to accommodate television, it proved too big a medium for the building to handle, and network radio was starting to decline. So it eventually vacated the site and moved its TV operations to Burbank, and this architectural marvel met the wrecker's ball in the early 1960s: 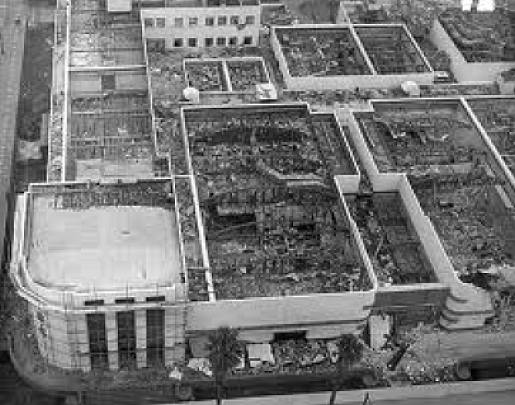 A rather utilitarian bank building now occupies the property.