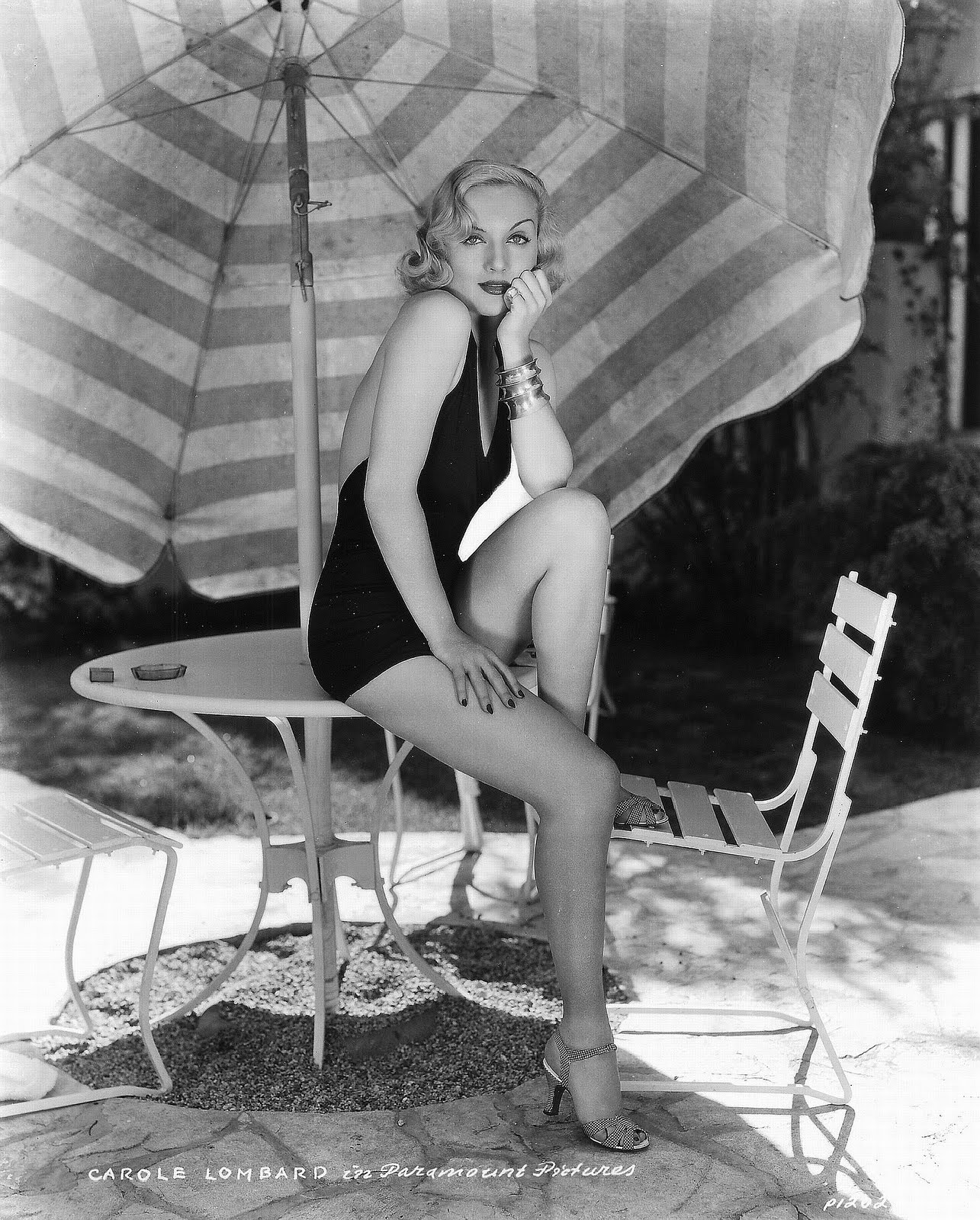 Since many of us still are putting up with terribly cold weather, Carole Lombard once again has come to your emotional rescue, wearing a swimsuit to remind us warmth will soon be on its way. (Having legs as good as Lombard's, however, is another matter entirely.)

Here's another look at the Lombard legs, as well as those of four other actresses of her time at poolside. First, Carole, followed by... 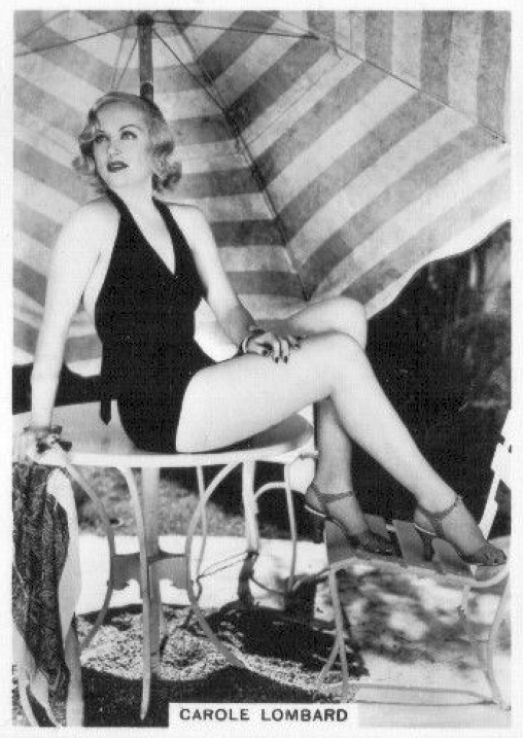 ...Florence Rice, who's not in swimwear but nonetheless gives us a glance of her gams... 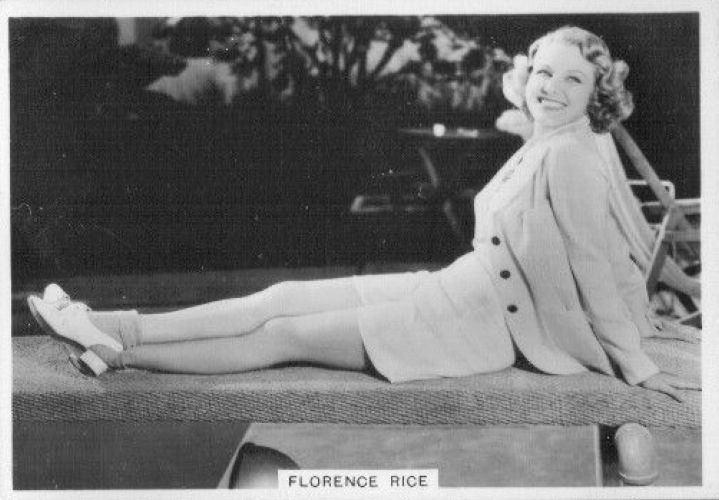 ...Ida Lupino, probably taken when she still was a Paramount ingenue... 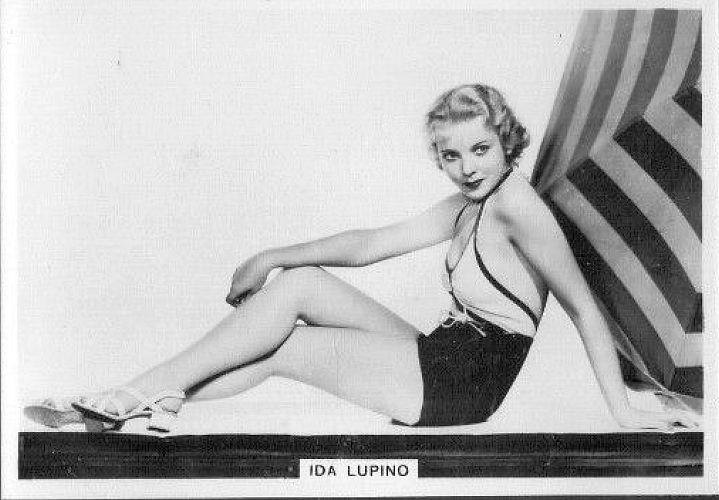 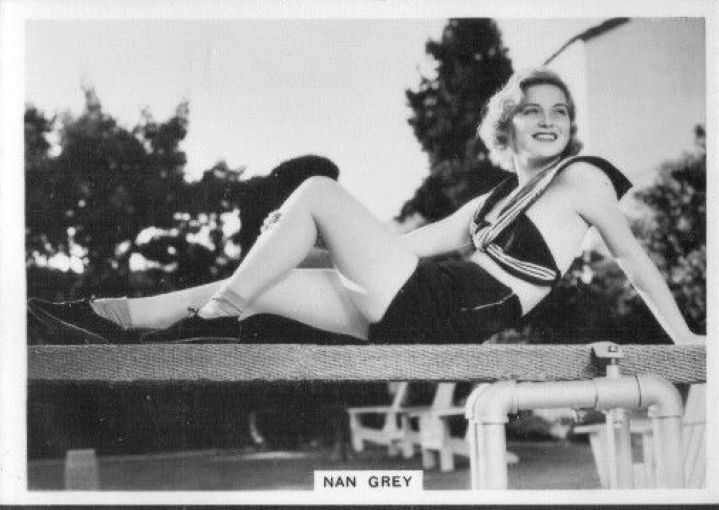 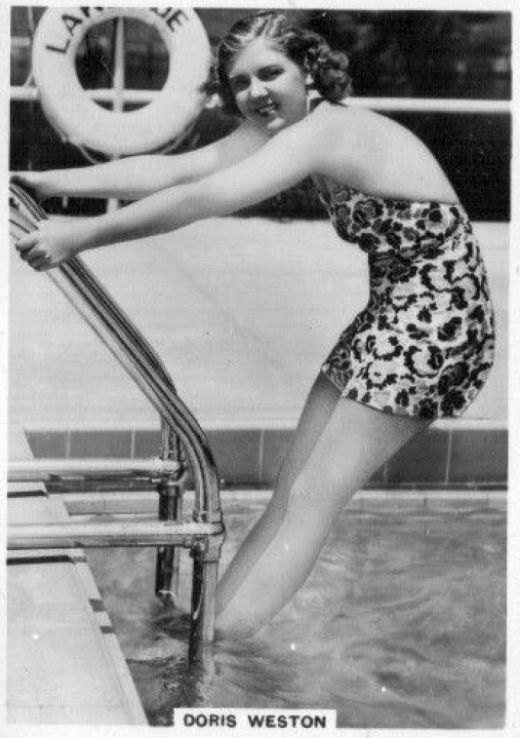 Rice was the daughter of famed sportswriter Grantland Rice; her best-known films probably are "Double Wedding," arguably the least of the William Powell-Myrna Loy comedies, and the "Marx Brothers" film "At The Circus."

Grey supported the likes of Deanna Durbin and Gloria Jean at Universal, and was married to singer Frankie Laine for more than 40 years.

All five of these photos are on sale at eBay: 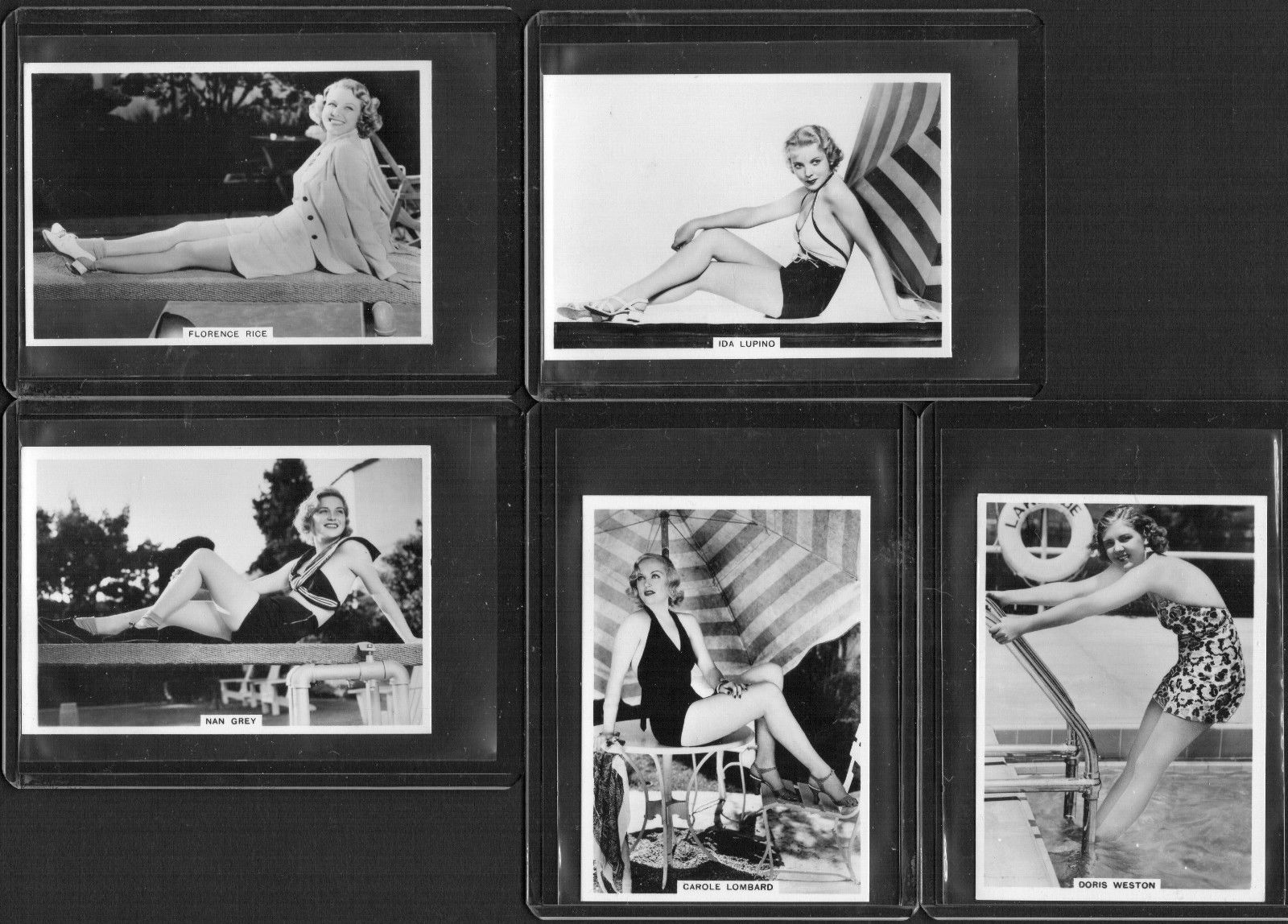 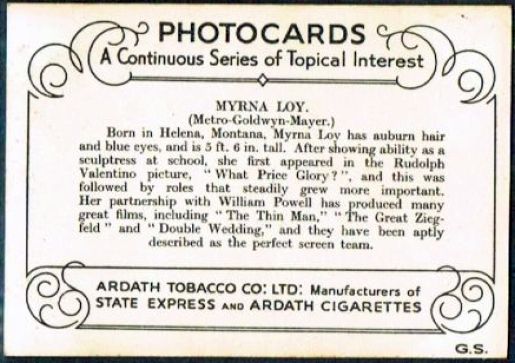