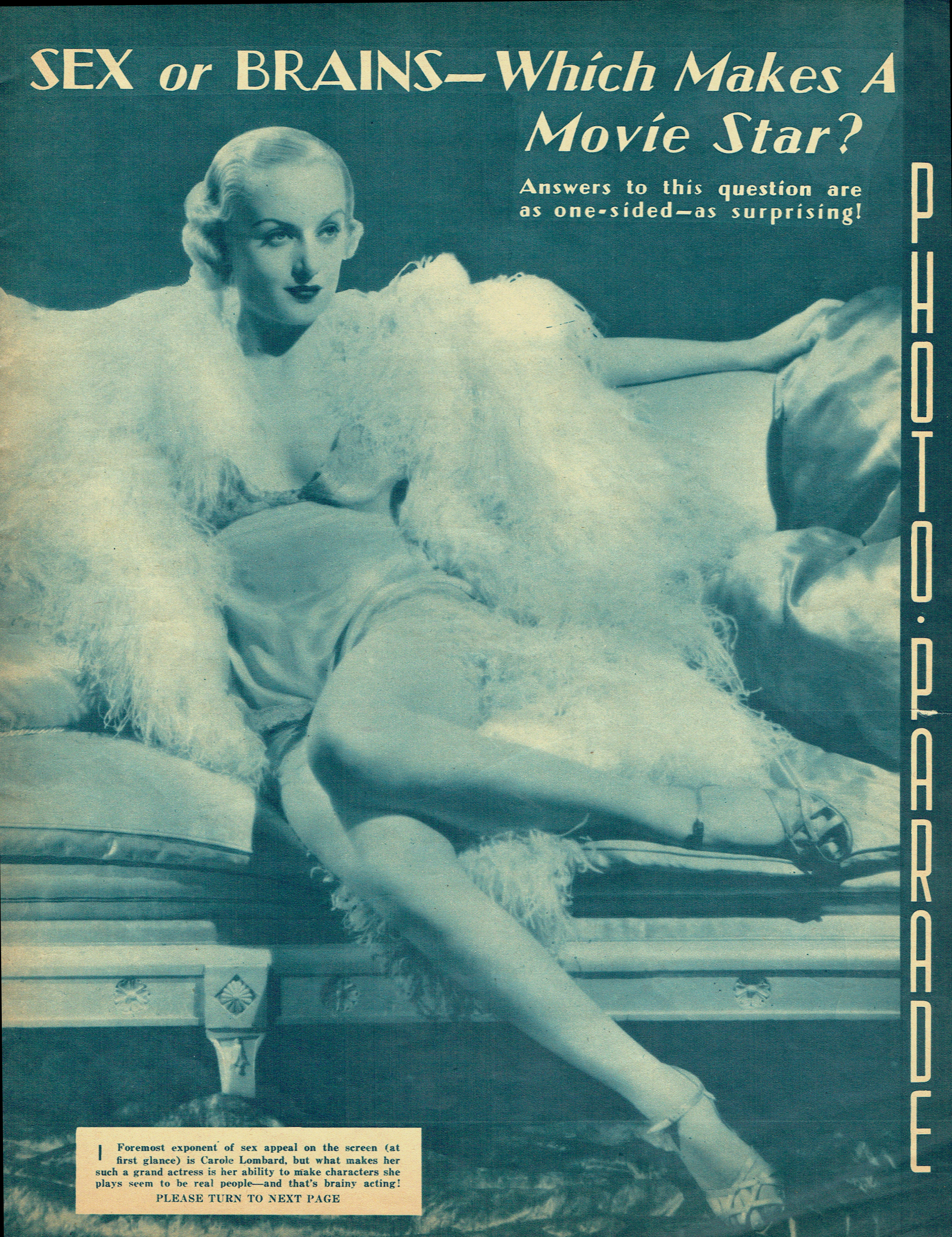 Continuing our examination of Screen Guide magazine with the January 1938 issue, Carole Lombard is shown above, leading a feature called "Sex Or Brains -- Which Makes A Movie Star?" It said that while she was the "Foremost exponent of sex appeal on the screen (at first glance)...what makes her such a grand actress is her ability to make characters she plays seem like real people -- and that's brainy acting!" (So she has both.)

Some more examples of sex vs. brains, mostly favoring the latter, were found on the next two pages: 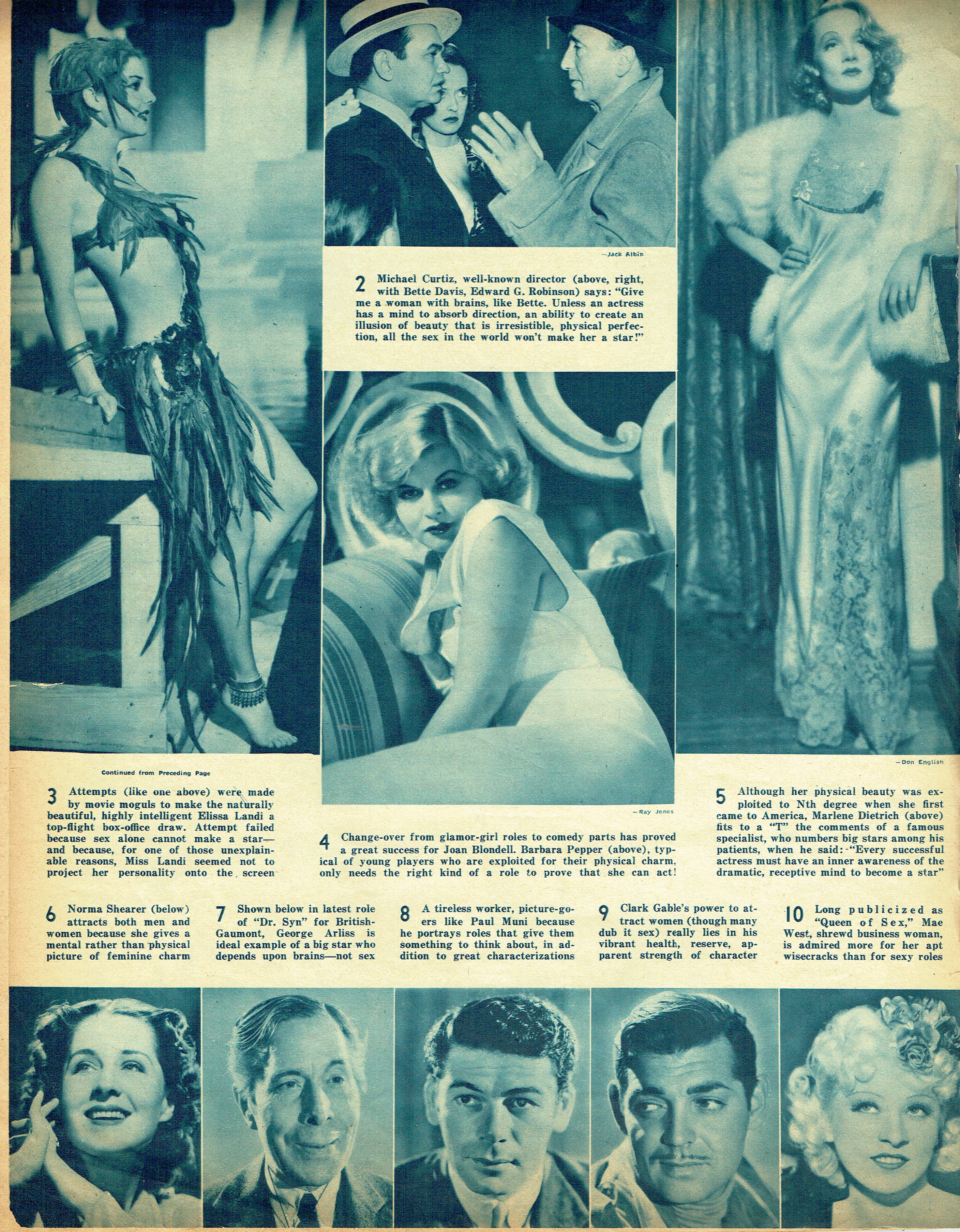 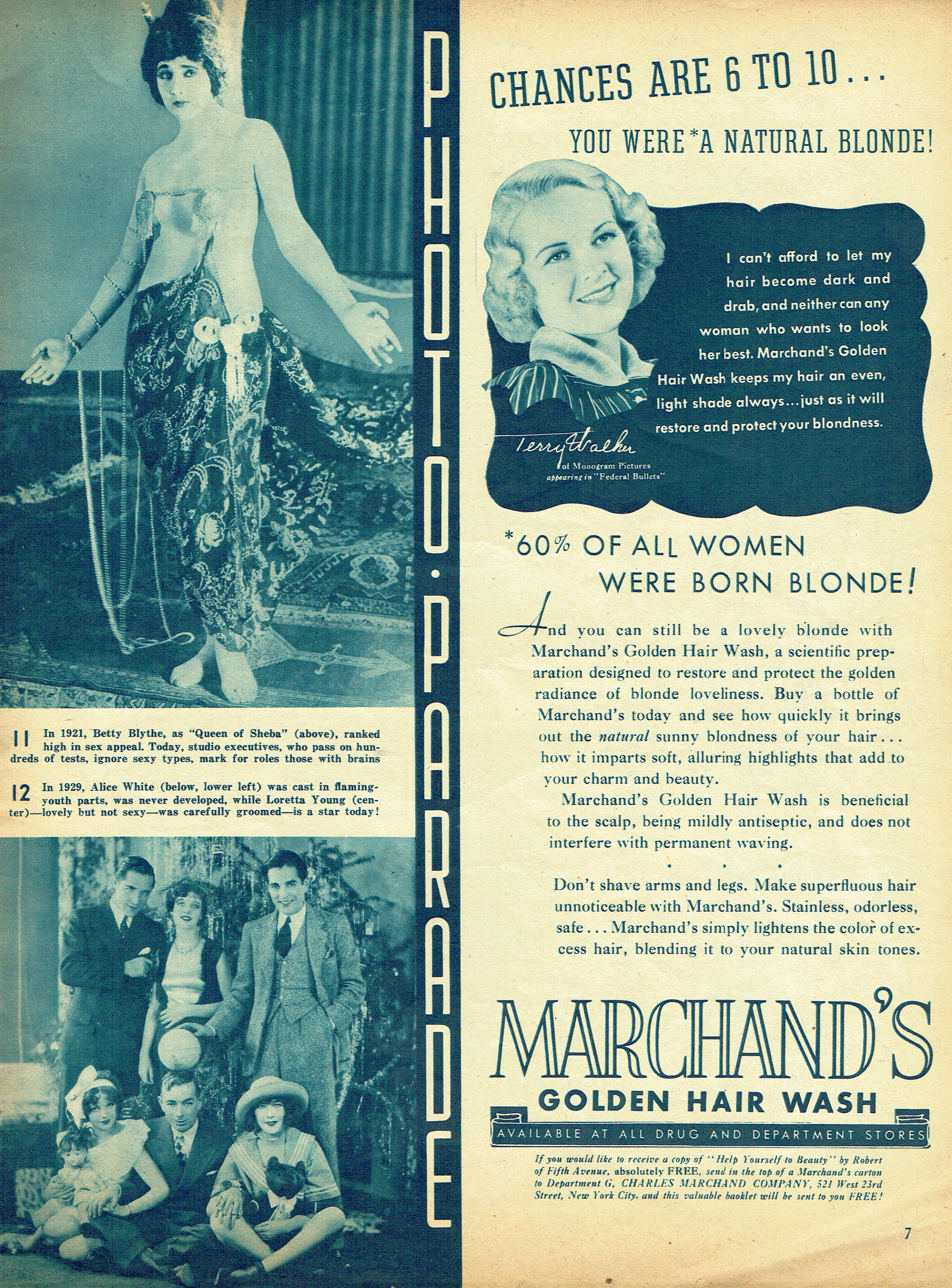 Lombard, now at the apex of her career, was also visible in another three-page spread that issue, the first part of a series entitled "The Secret Of Carole Lombard's Appeal To Men." This segment is called "She Learns About Love!" and features some relatively rare photos: 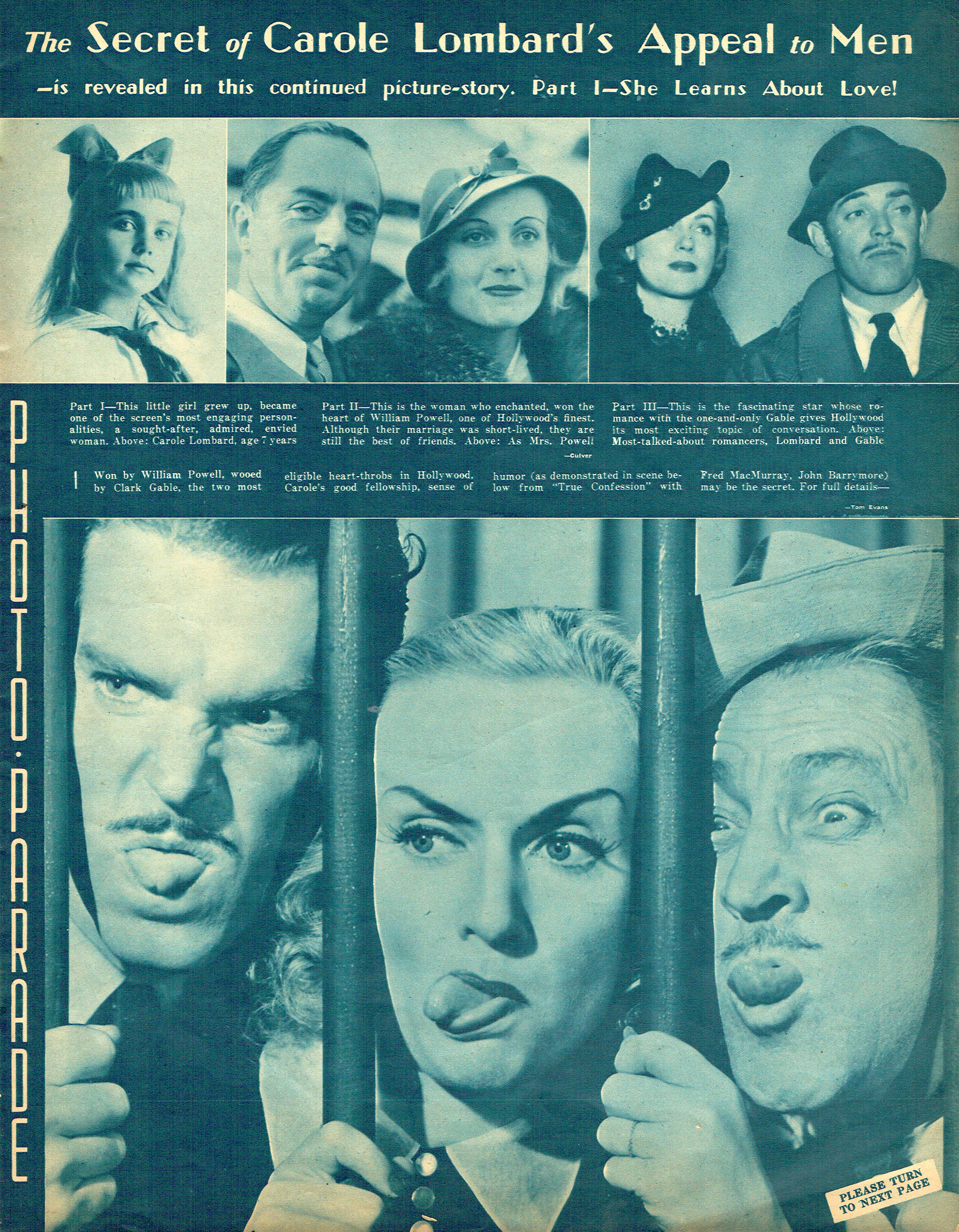 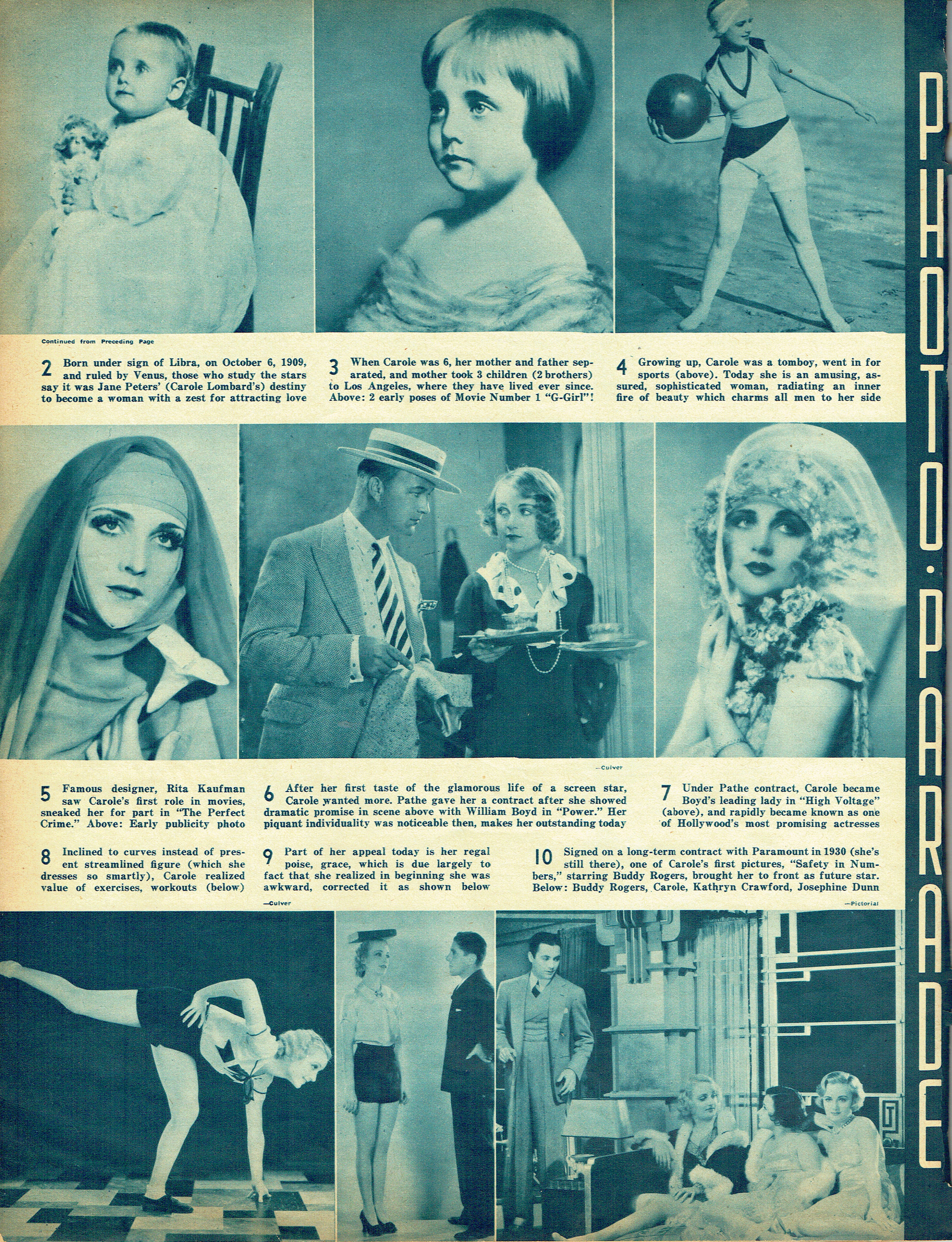 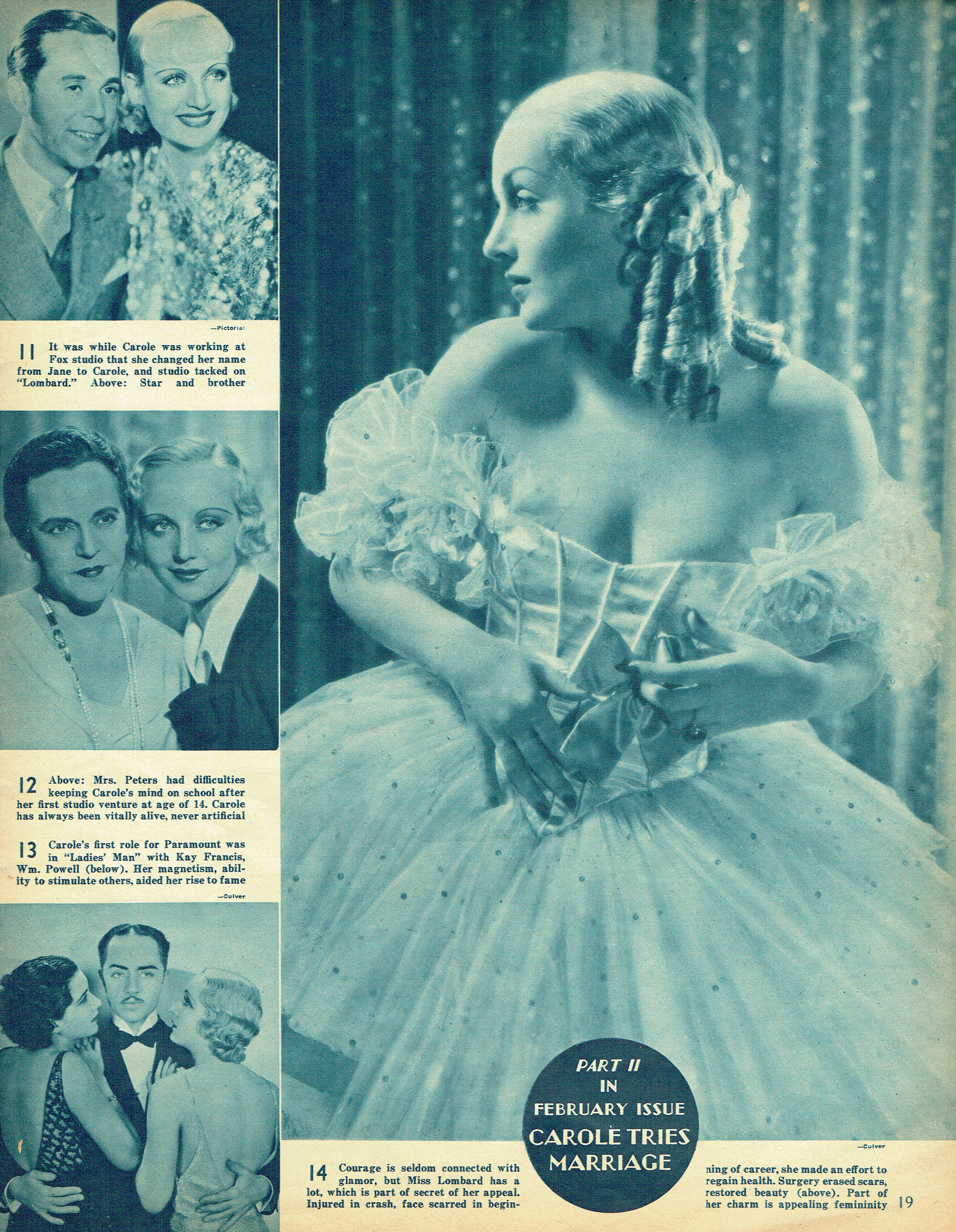 The third page includes a caption that, rare for the time, correctly reports that Jane Alice Peters became Carole (not "Carol") Lombard when she signed with Fox as a teenager.

The series went for at least three parts, but I have yet to see the February 1938 issue, which contains part II ("Carole Tries Marriage"), and while I have part III from the March '38 issue (which I erroneously believed to be from March 1937), it isn't at a large enough size to be legible.

The reviews section features one of the two films starring Lombard as 1937 became 1938 -- and check out the incongruity between the banner headline and the rather puzzling, perversely celebratory subhead: Here's a closeup of the "Nothing Sacred" review:

As you can tell, there's a lot of Lombard in this issue...but there's other stuff, too, and we'll furnish some highlights. For instance, the cover, starring a lady who beautifully blended both brains and sex appeal -- Joan Blondell, making it evident that some 3 1/2 years after the pre-Code era ended, she still had the goods (and the legs): 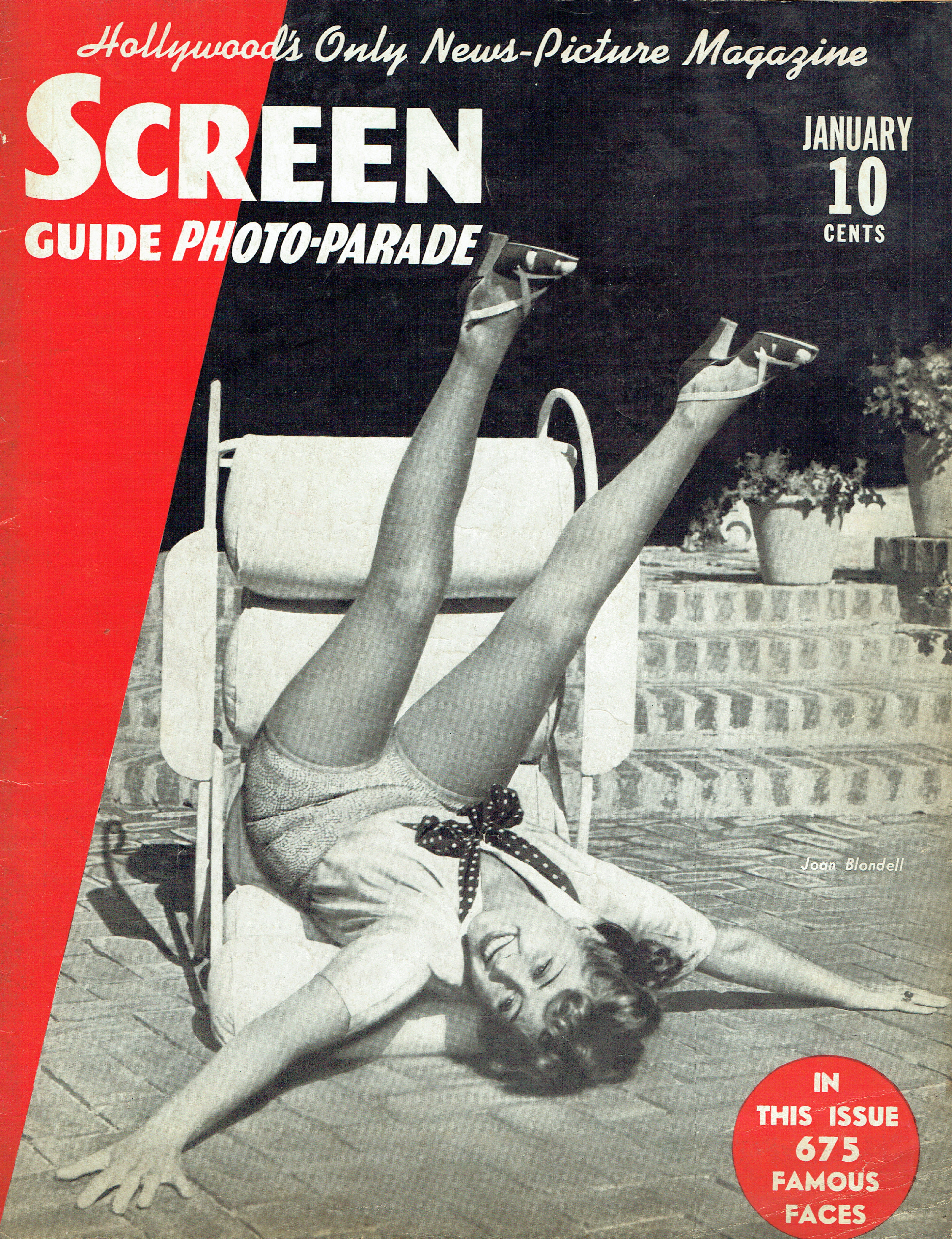 "Today In Hollywood" features Joan Crawford getting a hug from Jack Oakie and Loretta Young dancing with a man (even though she came to the party with another man, Joseph Mankiewicz, whom she's rumored to be married to!): 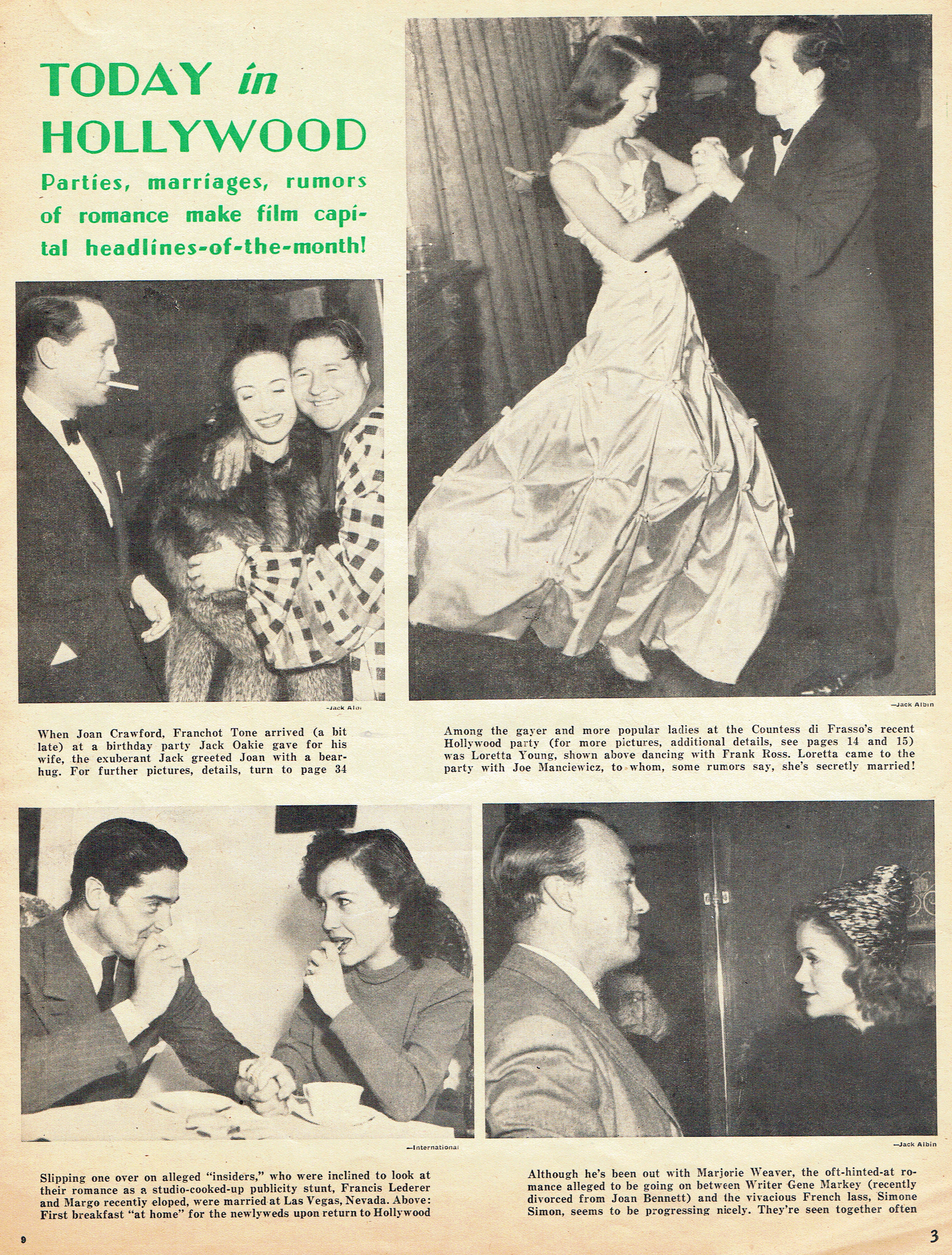 Next up, another aerial view of a legendary film colony residence, Marion Davies' colossal Ocean House in Santa Monica: 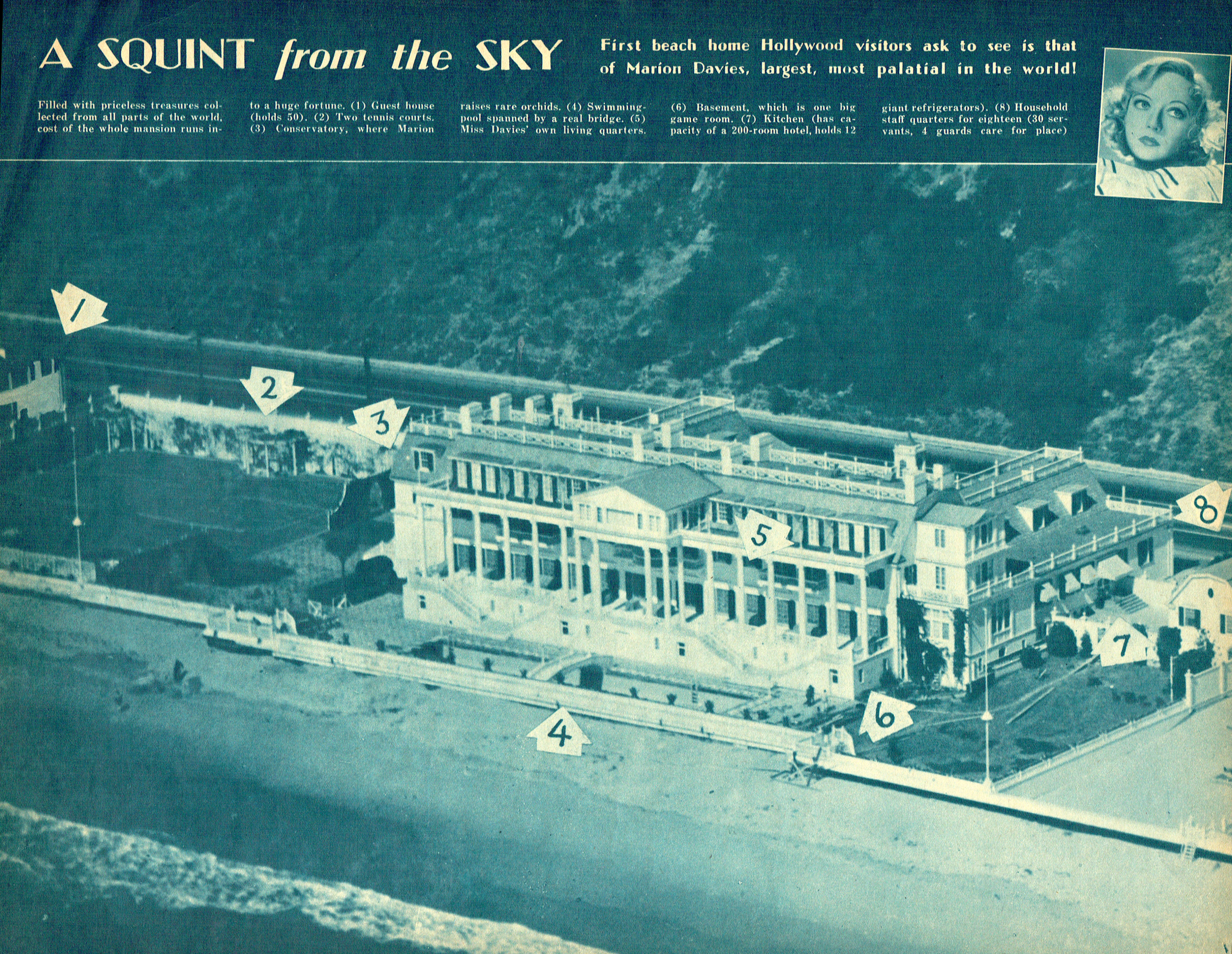 All that is left of this palatial site are the guest house and the pool (#1 and #4 above). Now here's a twist worthy of Paul Harvey's "the rest of the story": Screen Guide was part of the Annenberg publishing empire (TV Guide was among its later properties). The Annenberg Foundation donated money to the city of Santa Monica to renovate the building and pool, and in 2009 both were opened to the public (http://carole-and-co.livejournal.com/200912.html).

W.R. "Billy" Wilkerson, whose Hollywood Reporter already was an important news source for the industry (Lombard would write a piece for it later in '38), was profiled: Here's a portrait of someone who had become a good friend of Carole's, so much so that Lombard made certain she inherited her dressing room at Paramount, Dorothy Lamour: 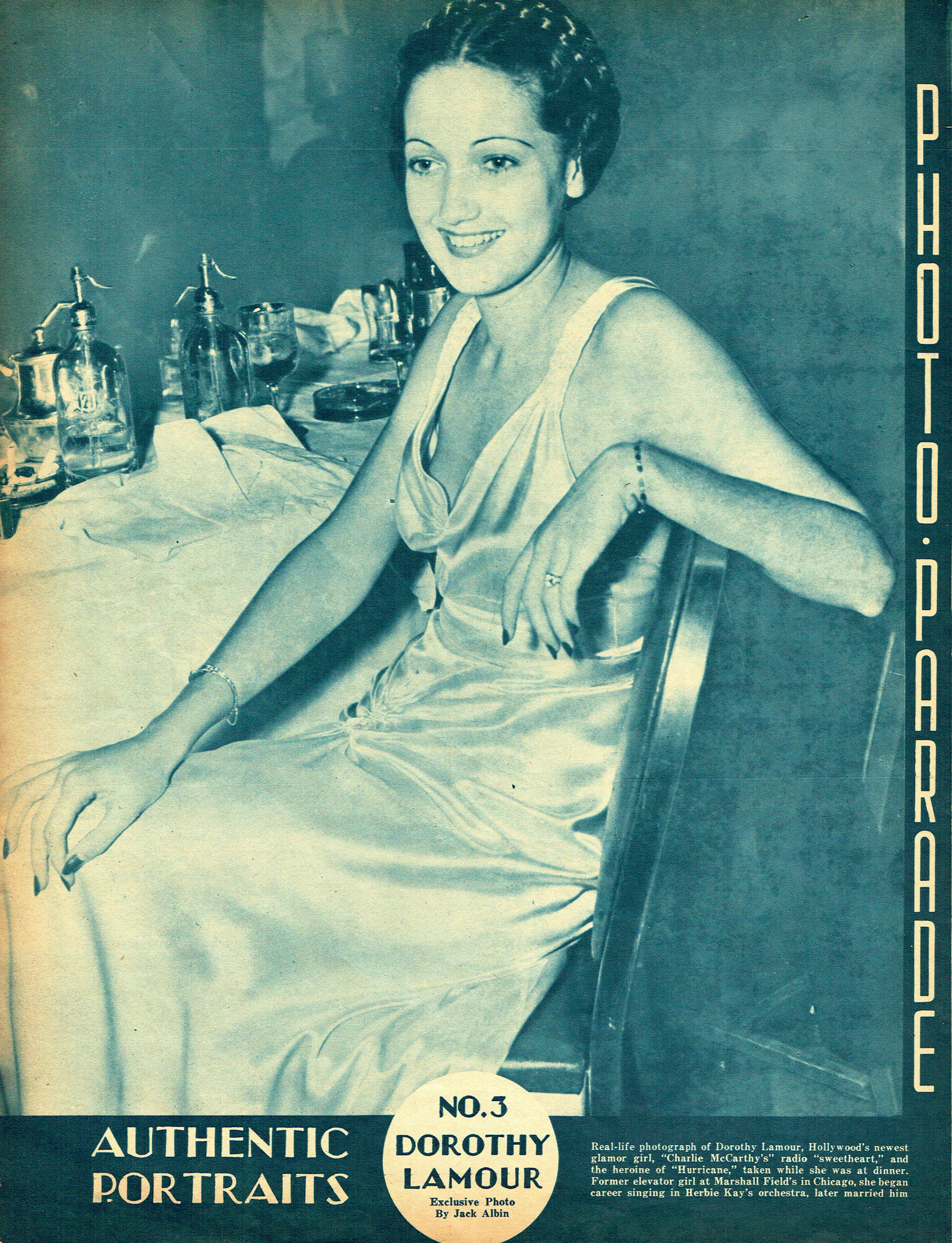 At the time this was printed, Lombard was beginning work on "Fools For Scandal" at Warners, and this is what the lot looked like about this time. (Hey, where are Yakko, Wakko and Dot?) 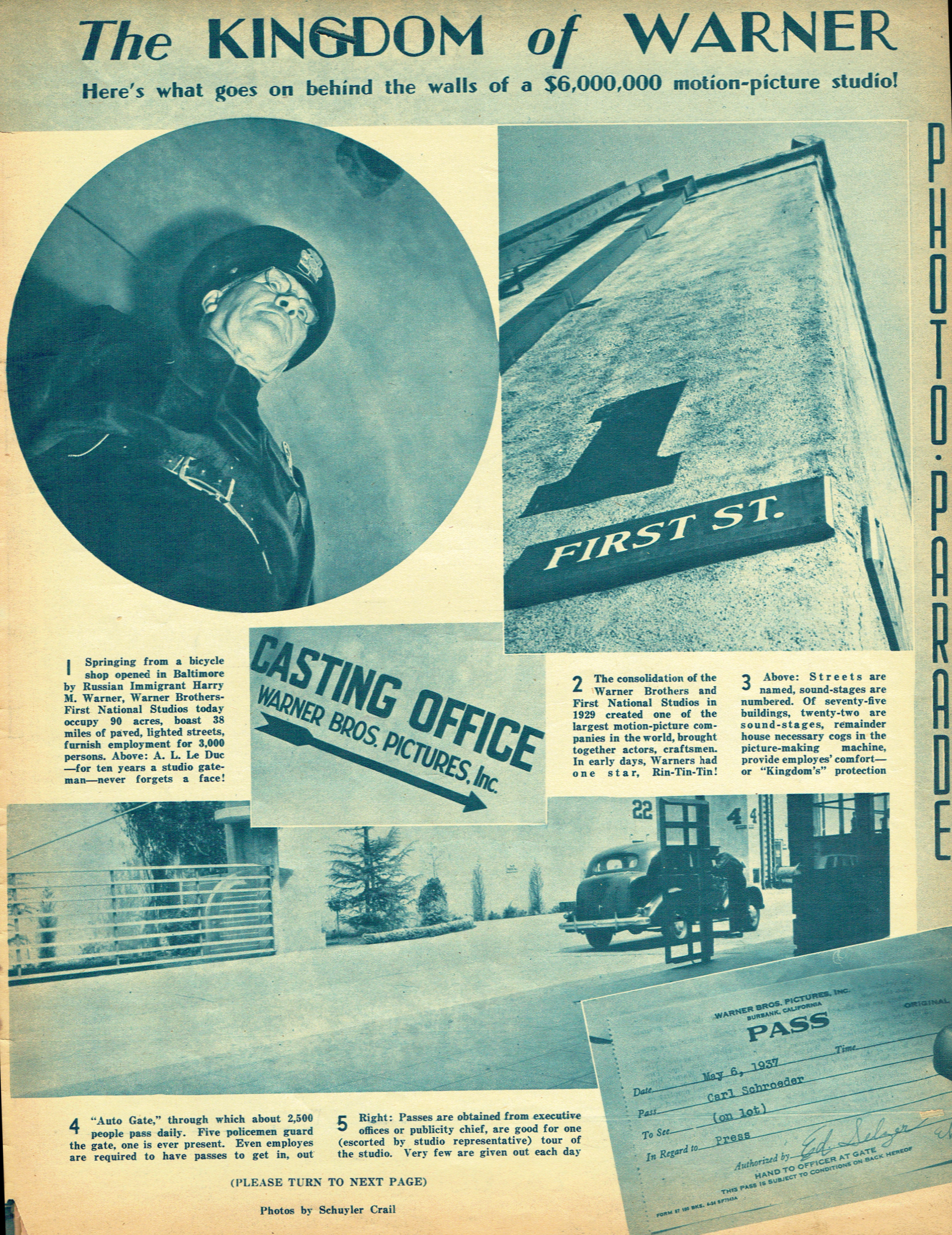 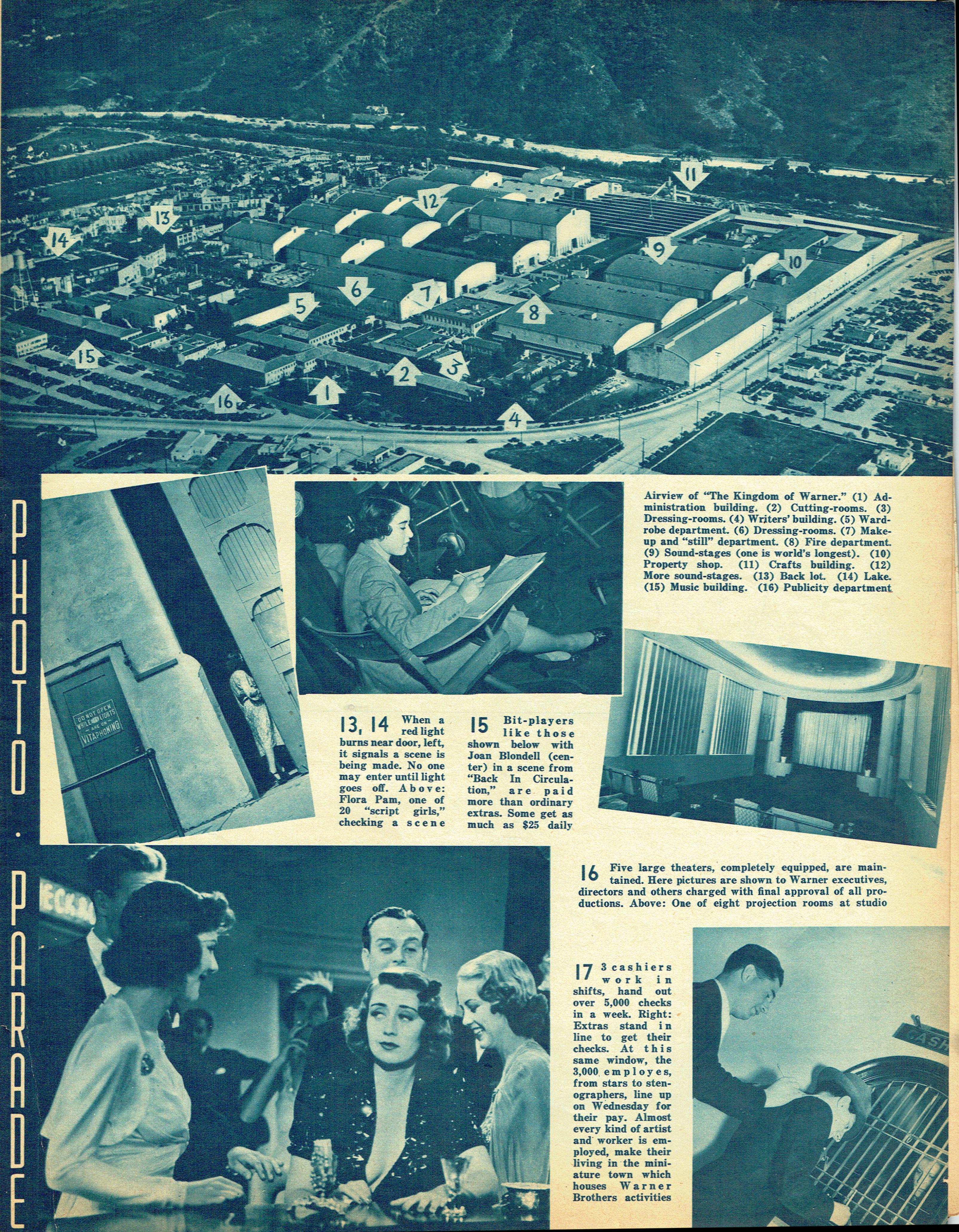 And of course, there were movie ads, the first two of which feature renowned musical stars with atypical leading ladies. MGM claimed the inside front cover, promoting Nelson Eddy and Eleanor Powell for "Rosalie"... 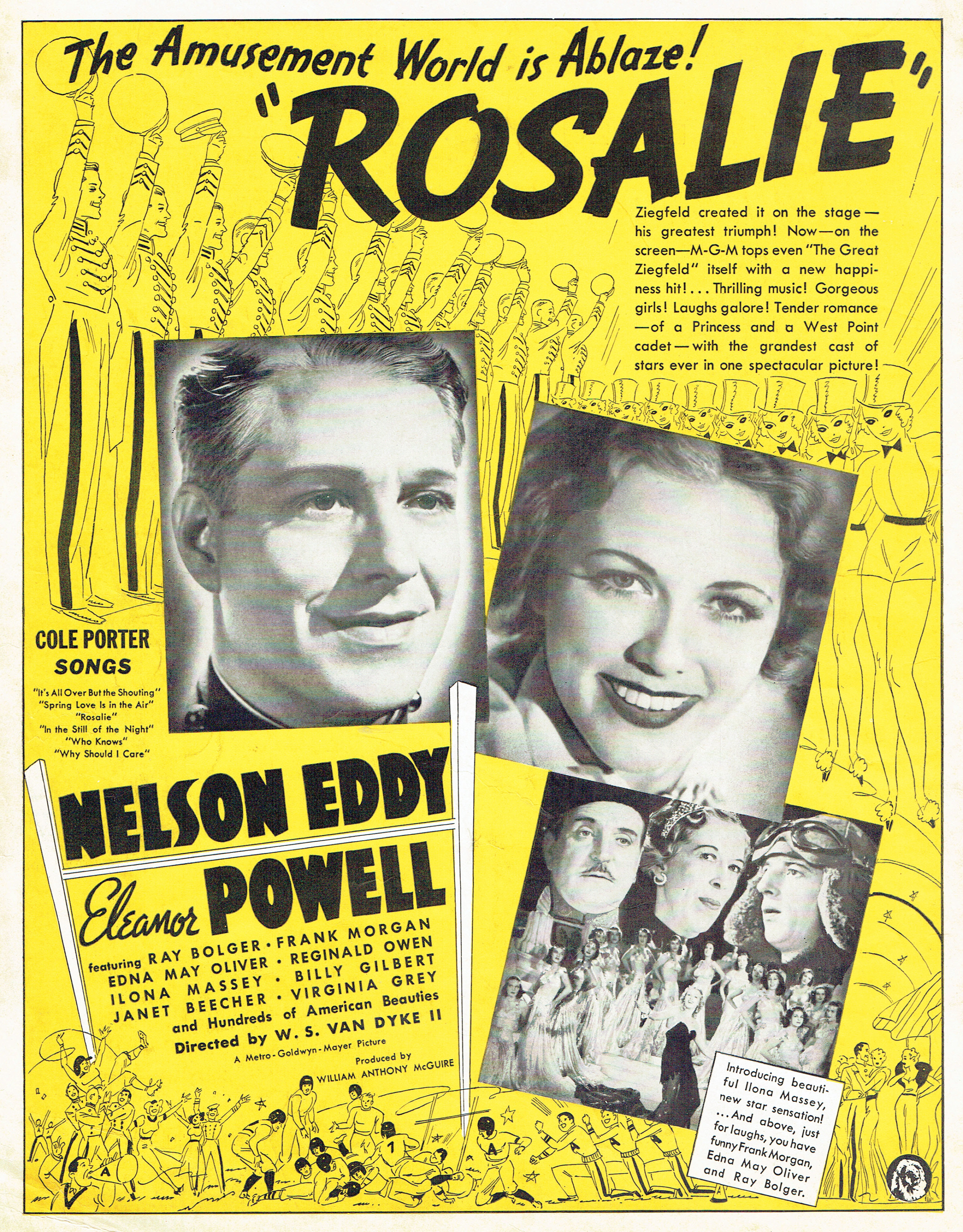 ...while over at RKO, Fred Astaire teamed up with the recently departed Joan Fontaine for "A Damsel In Distress" (note she is billed beneath George Burns and Gracie Allen): 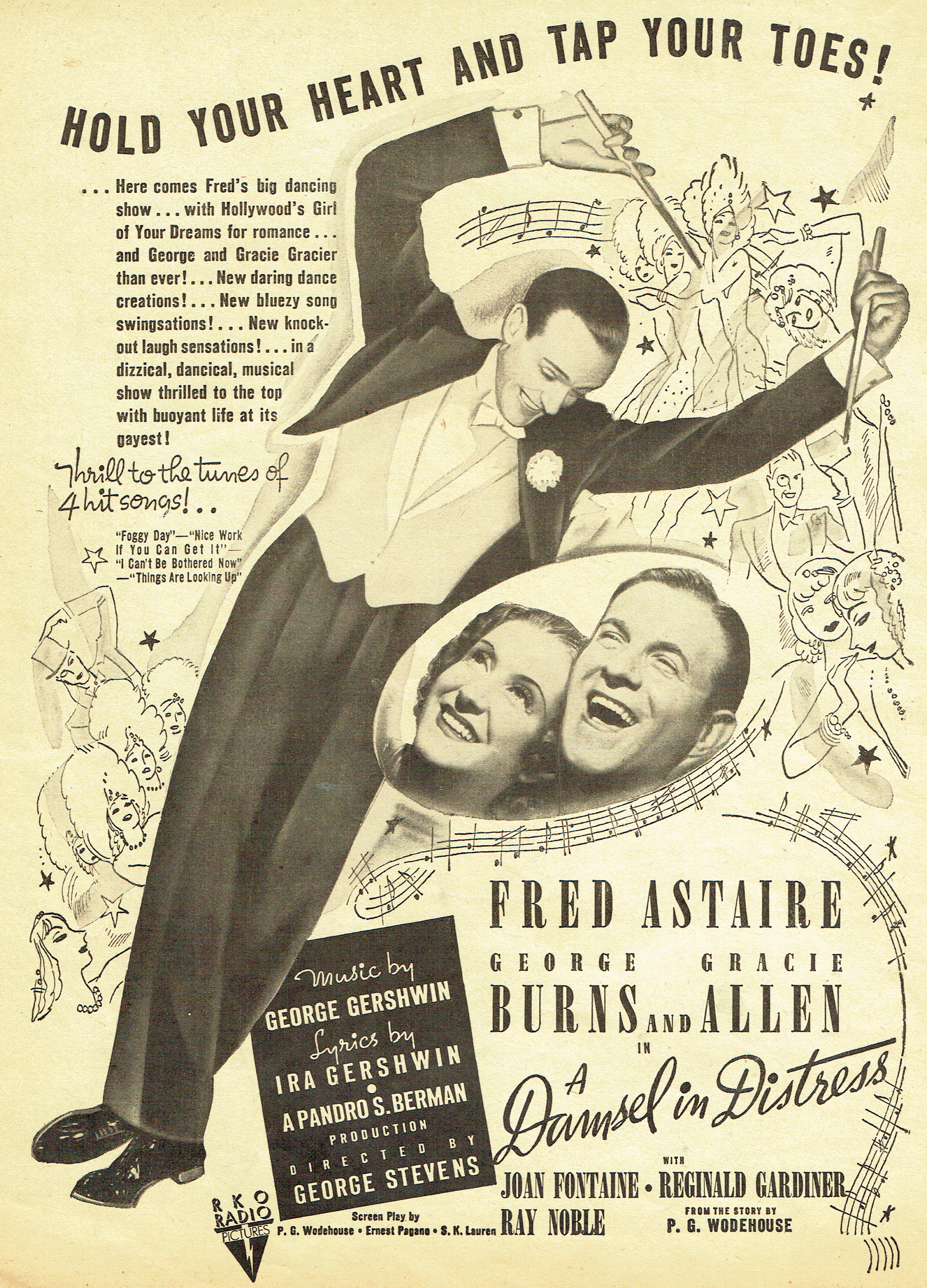 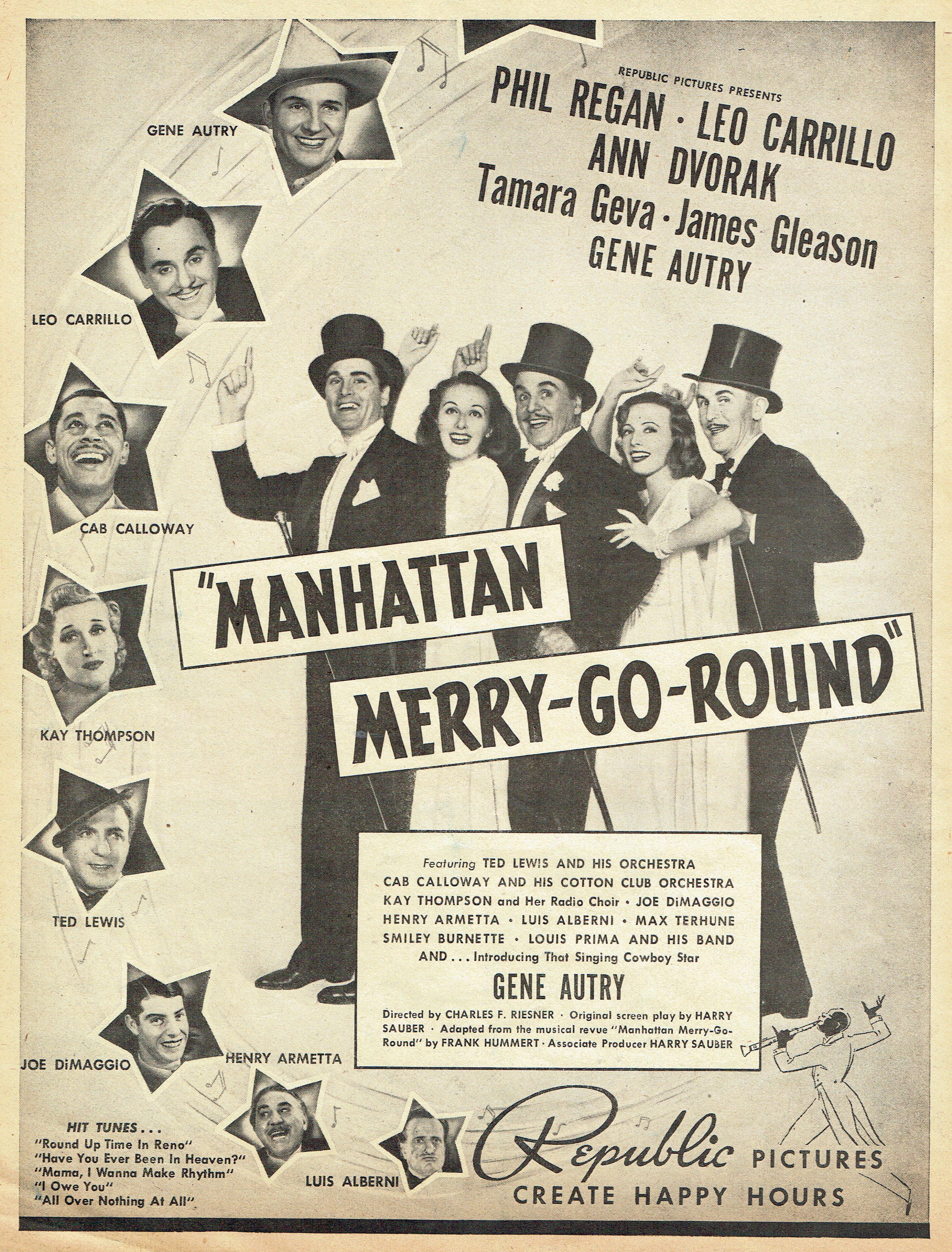 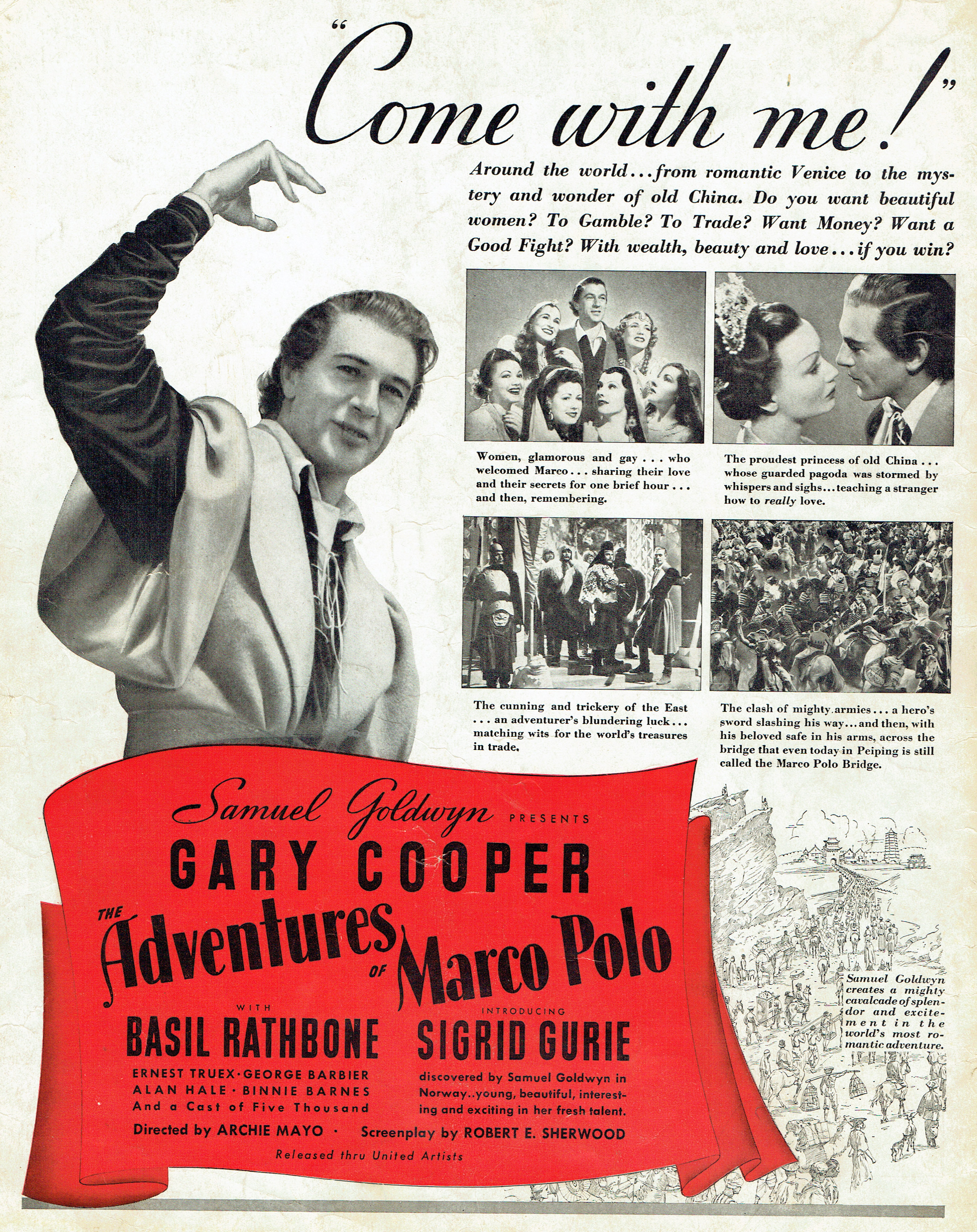