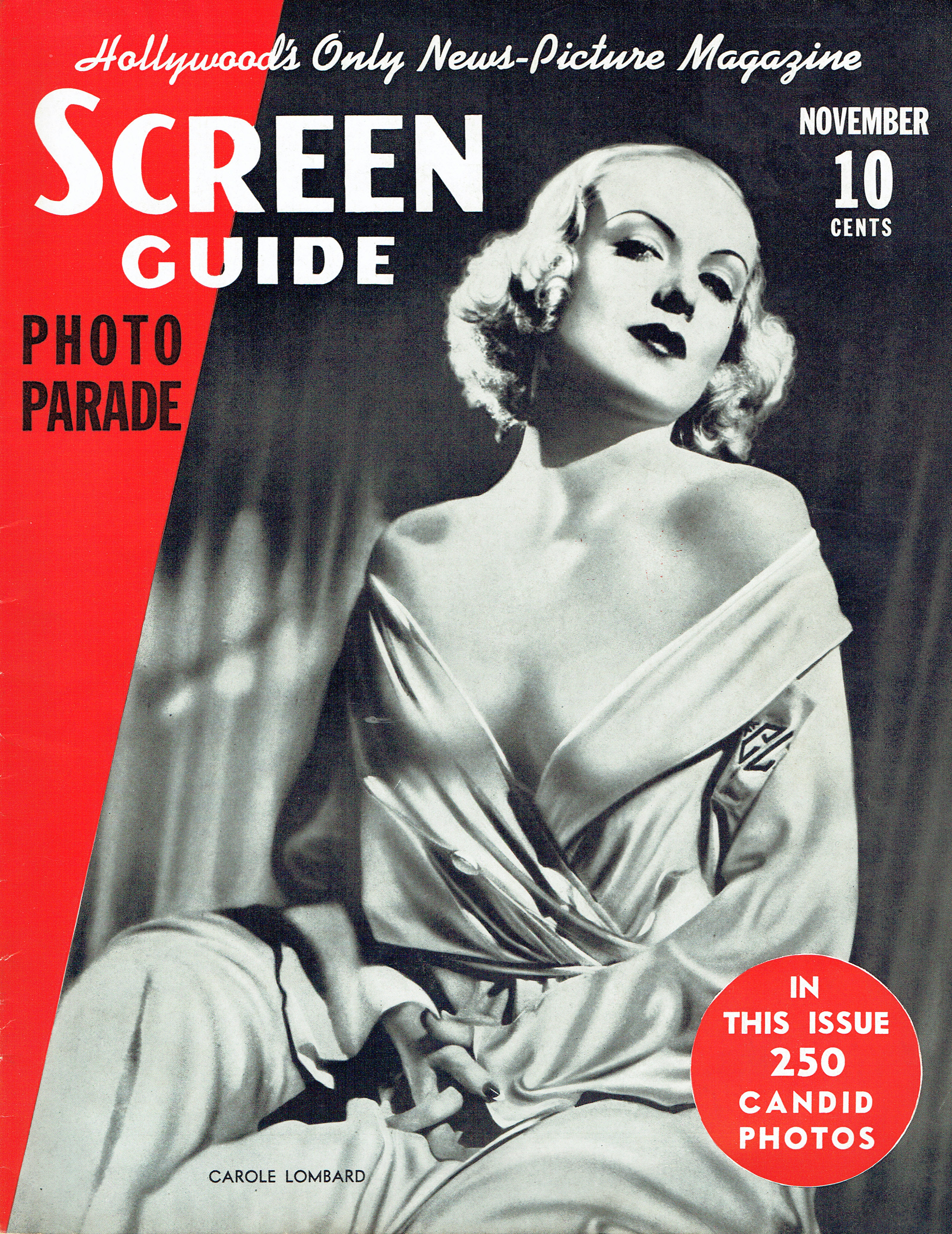 Happy New Year to all, and we're celebrating with the first of five consecutive days of Carole Lombard-related Screen Guide issues from the late 1930s, in chronological order. Two have Carole on the cover; above is the November 1937 issue.

Inside, there's a two-page spread of Carole in the fight scene from "Nothing Sacred," which hit theaters that month: 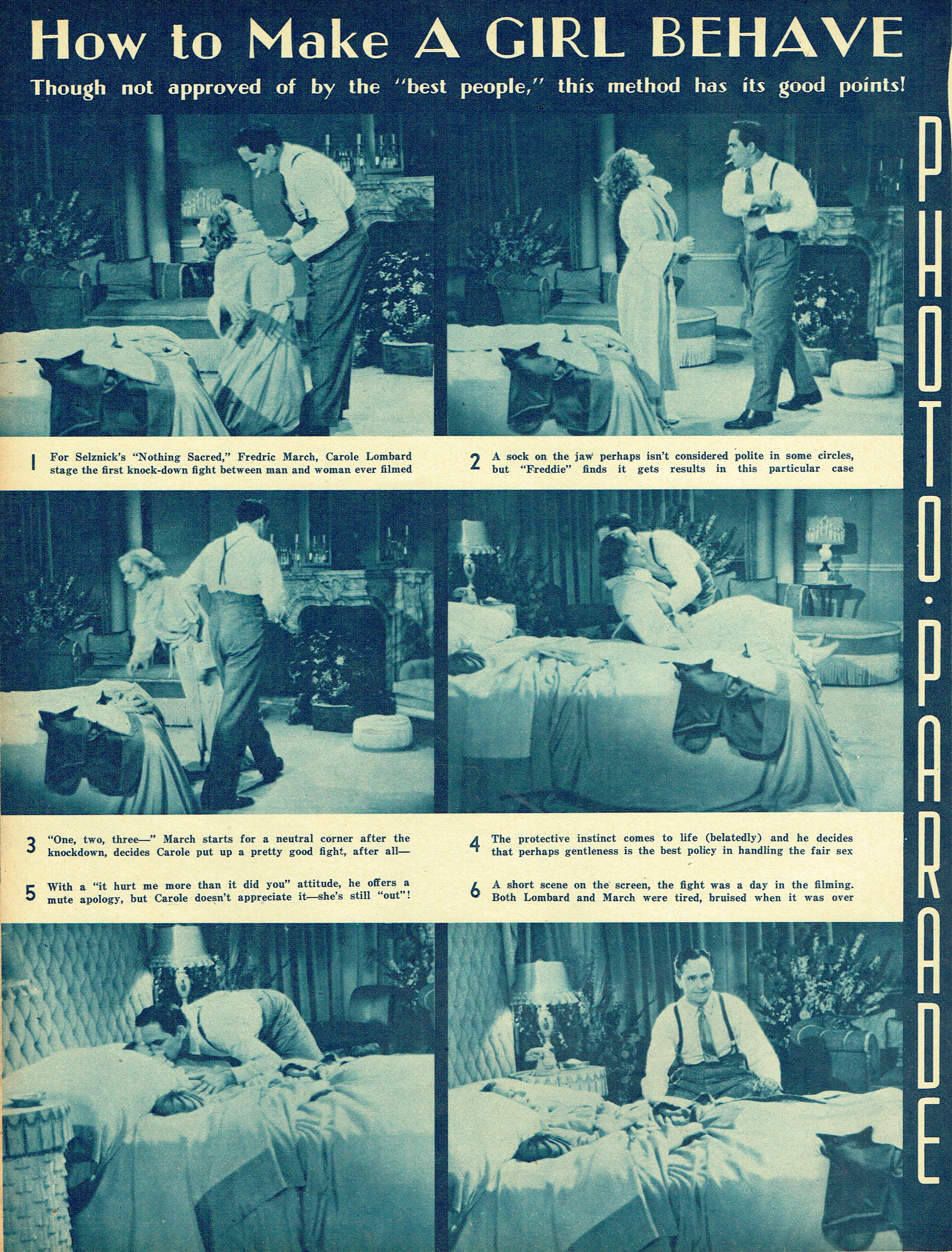 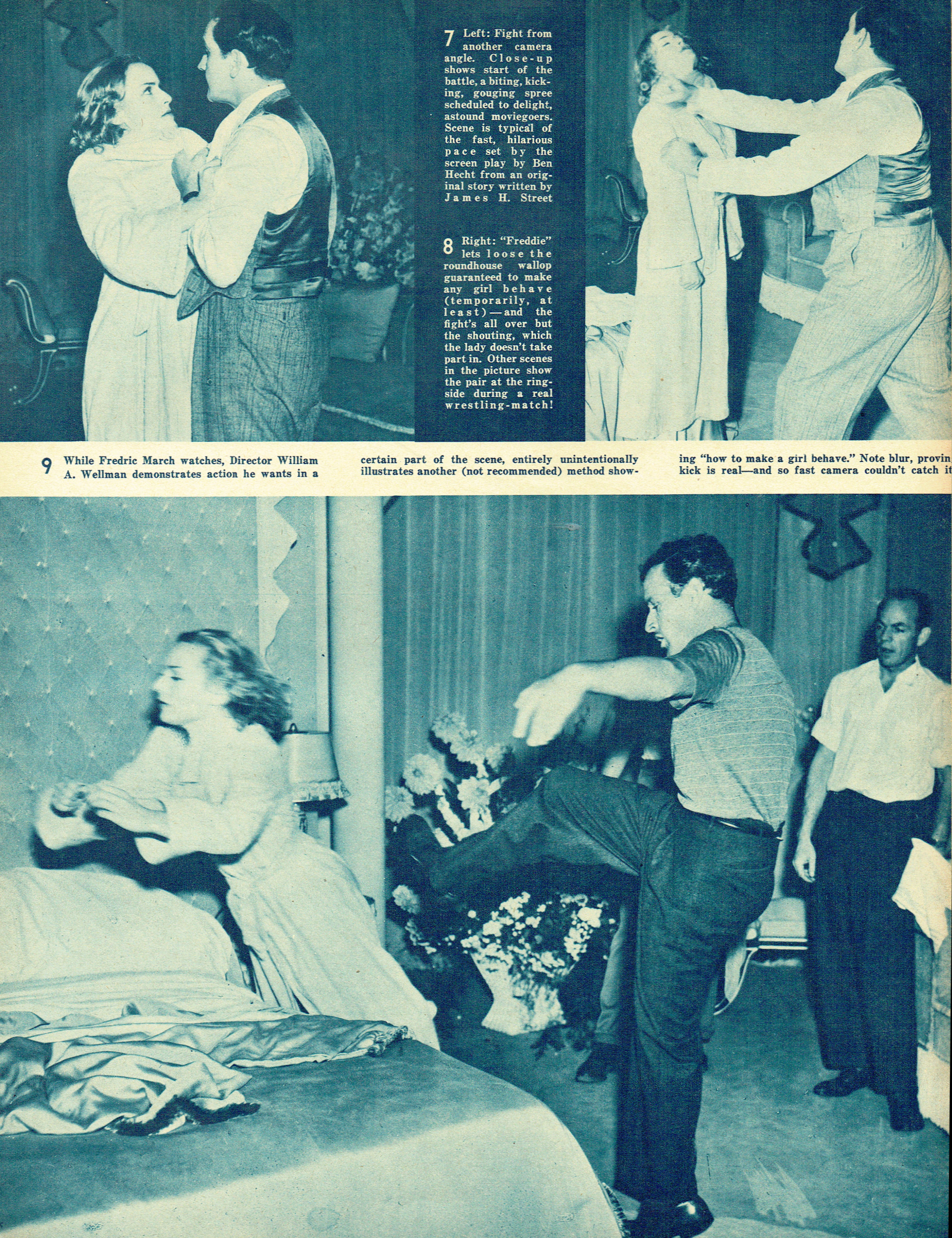 OK, so the title "How To Make A Girl Behave" seems a bit misogynistic viewed through 2013 -- oops, 2014! -- eyes, but there are some fun pics of Lombard's bout with Fredric March.

That's about it for Carole content in this issue, so let's examine some of the "& Co." items. First, the "Today In Hollywood" page: 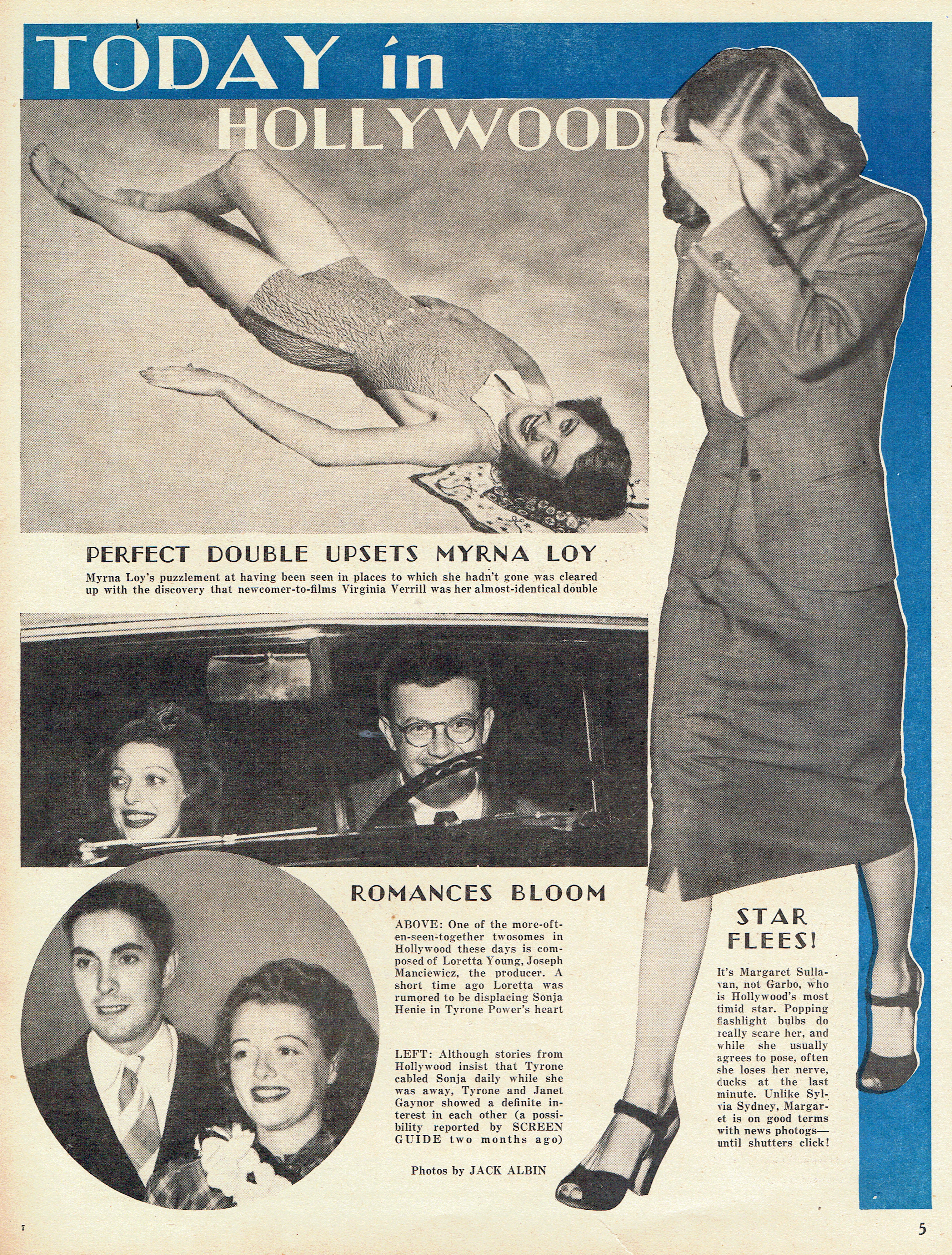 As you probably guessed, that's Myrna Loy lookalike Virginia Verrill, not Myrna herself -- with her ankles having thickened a few years back, there was no way Myrna would do a swimsuit pose in 1937.

The next subject is Loy's studio stablemate and good friend Joan Crawford. We don't see Joan, just an aerial view of the mansion she and Franchot Tone called home: 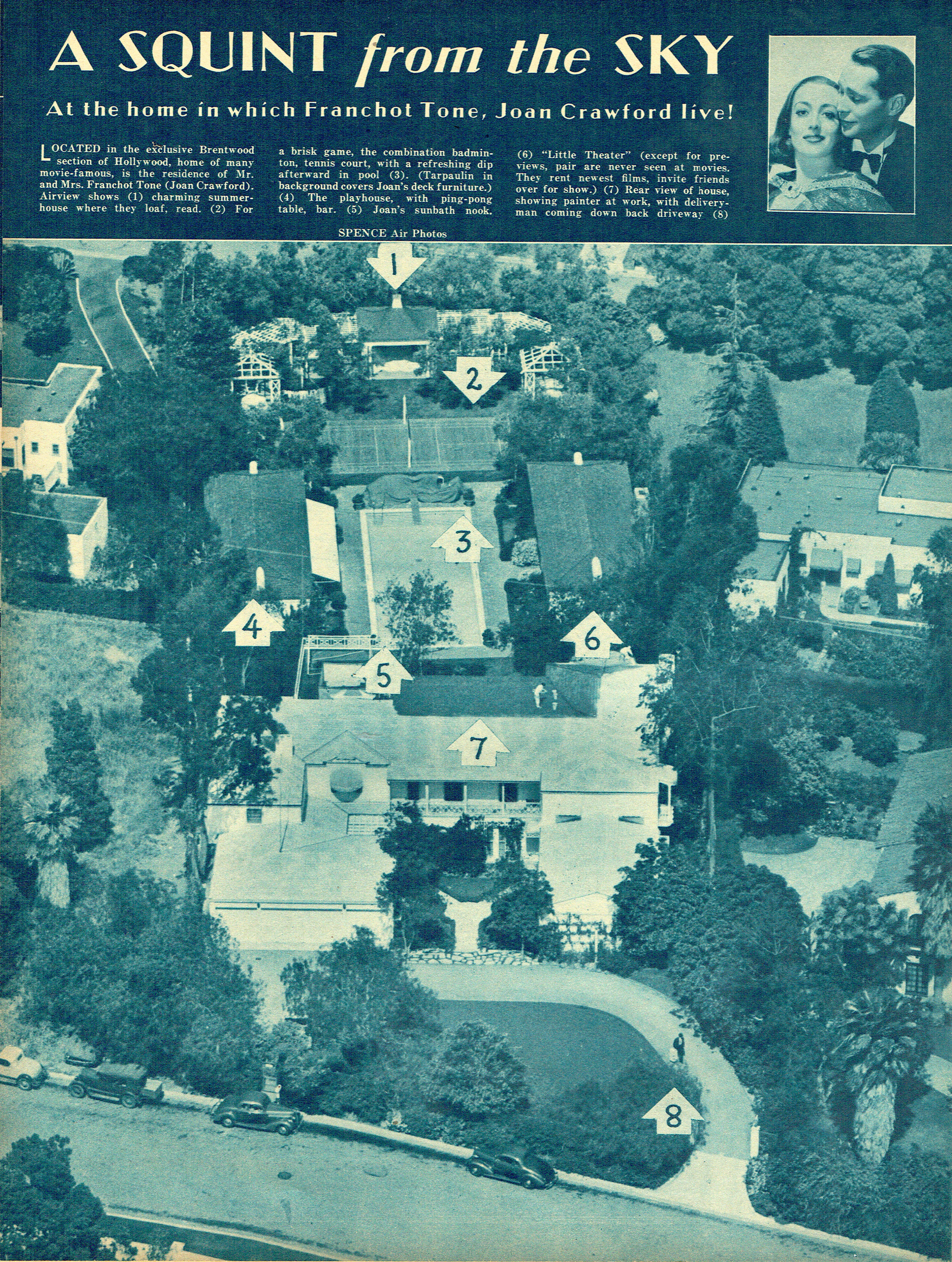 In the reviews section, James Cagney gets plaudits for "Something To Sing About" (made at obscure Grand National after yet another dispute with Warners), but Kay Francis doesn't get similar treatment for "First Lady": 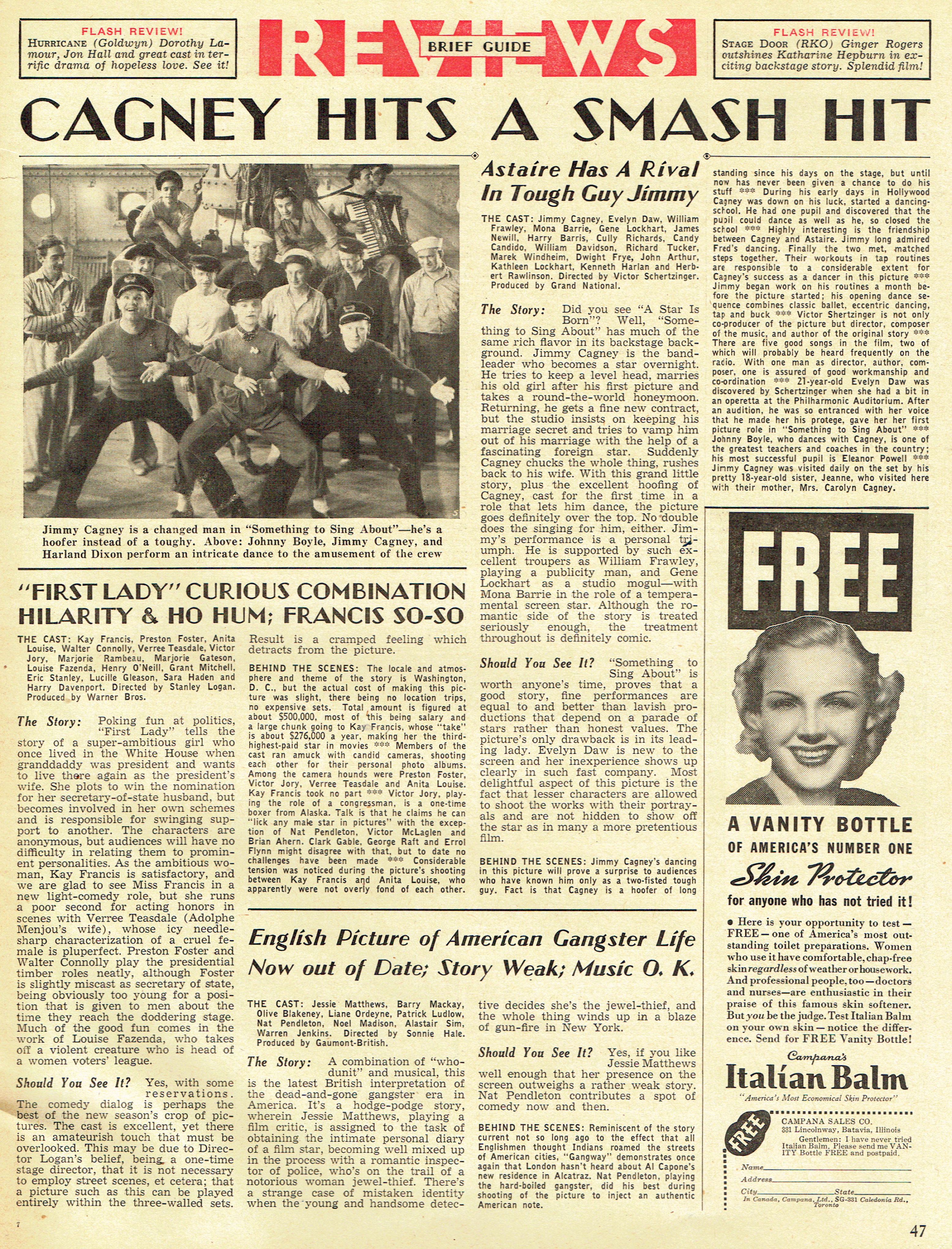 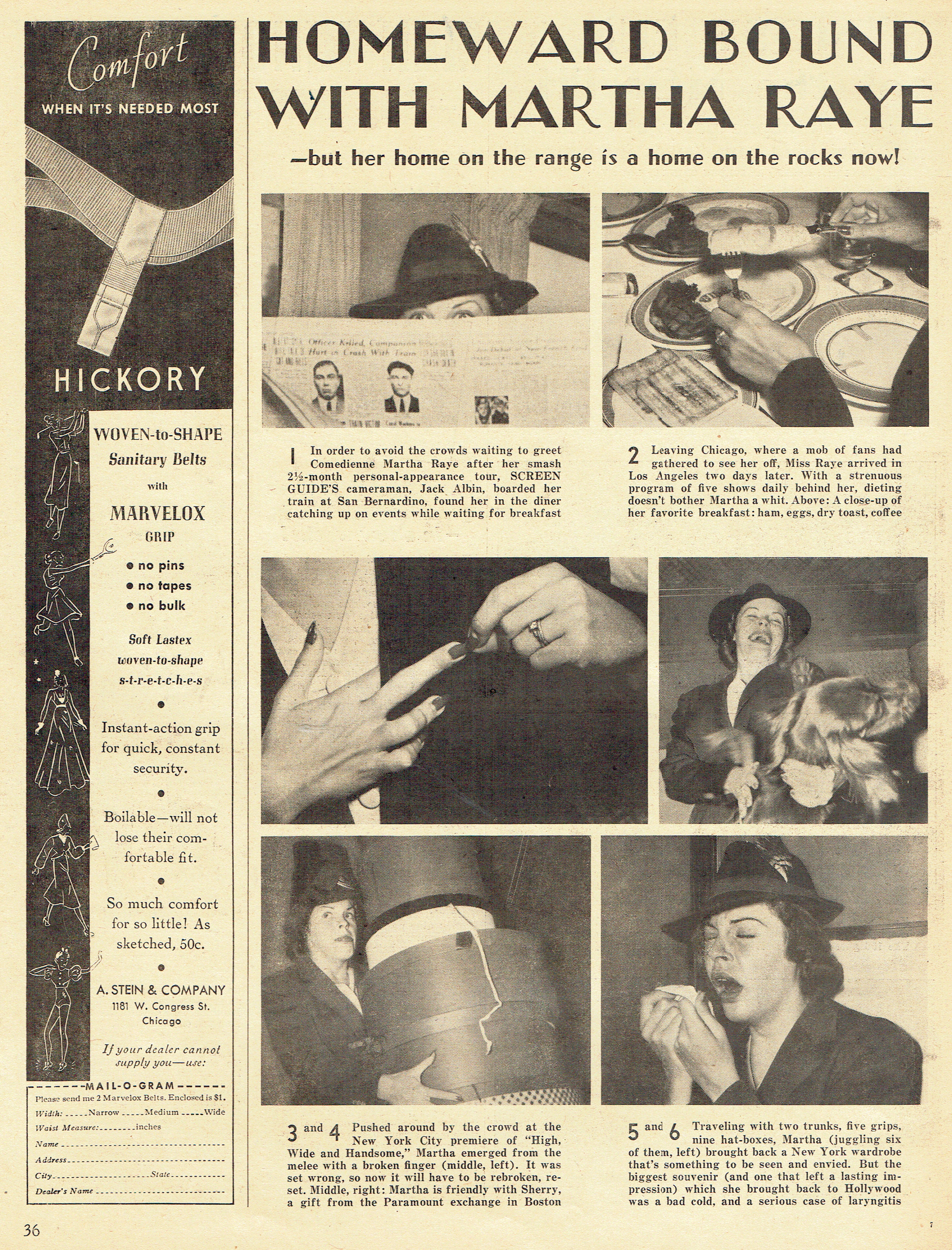 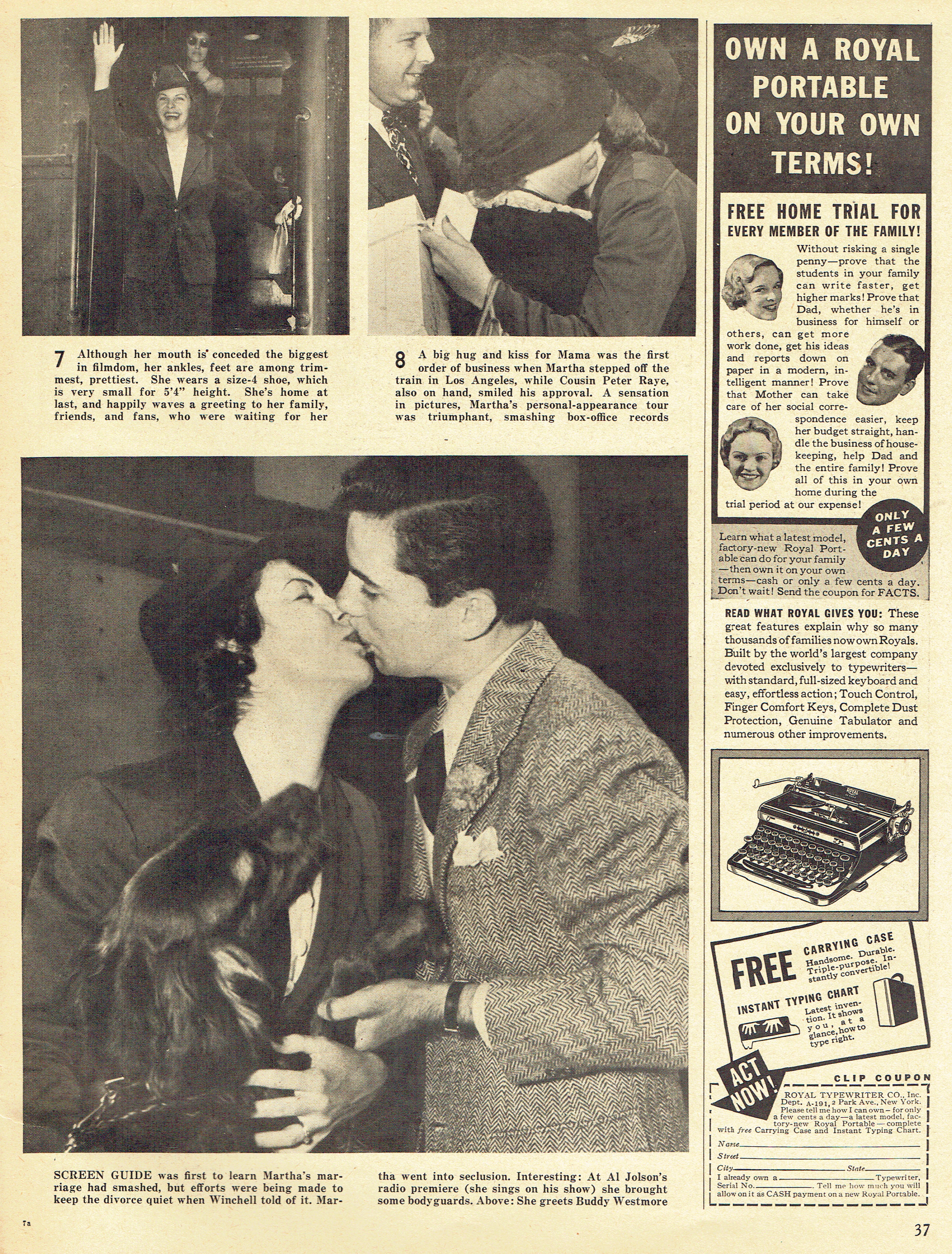 With the recent passing of Jean Harlow, Screen Guide decided to run an entry on the mortality of movie stars, and whether work conditions led to the premature demise of some: 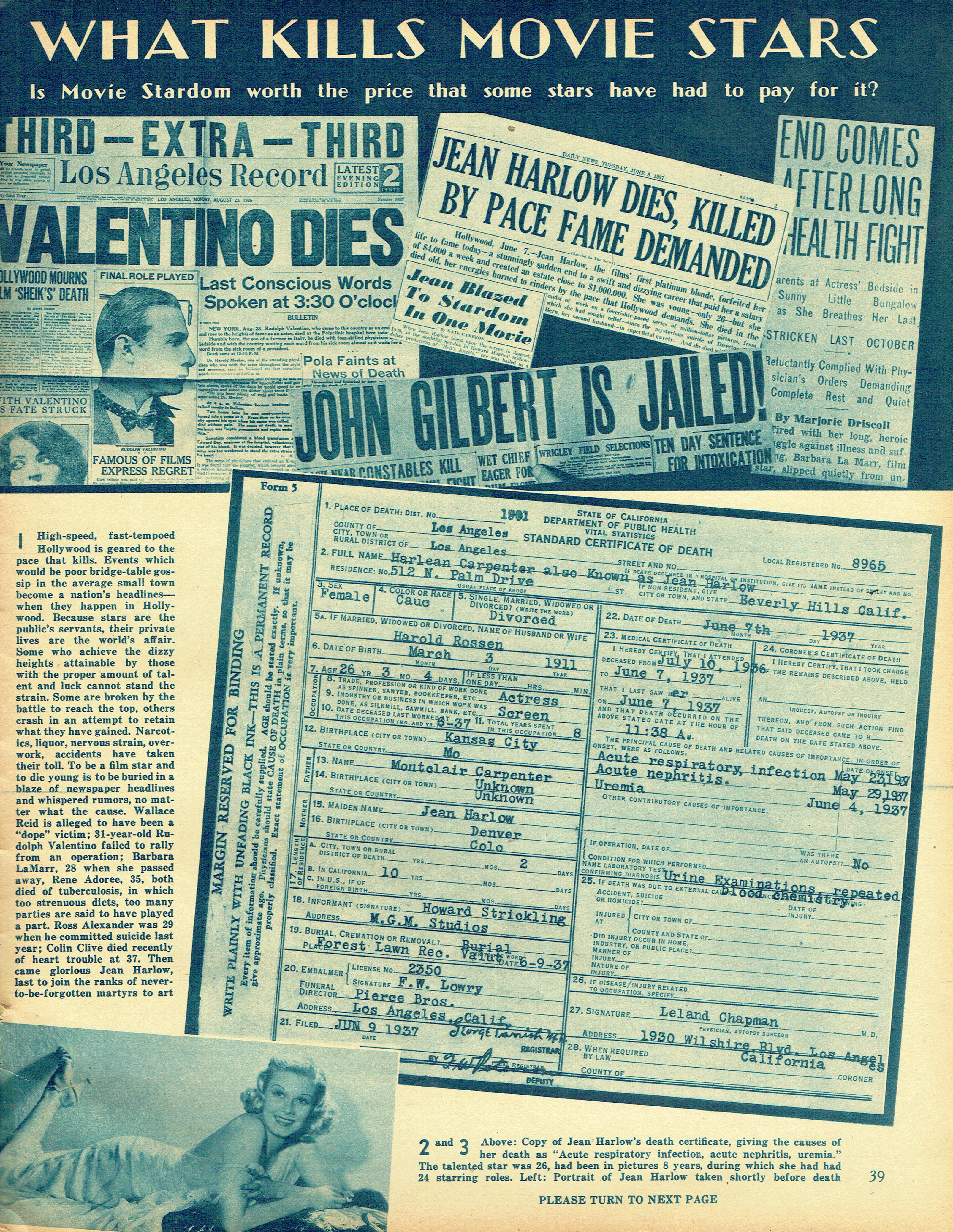 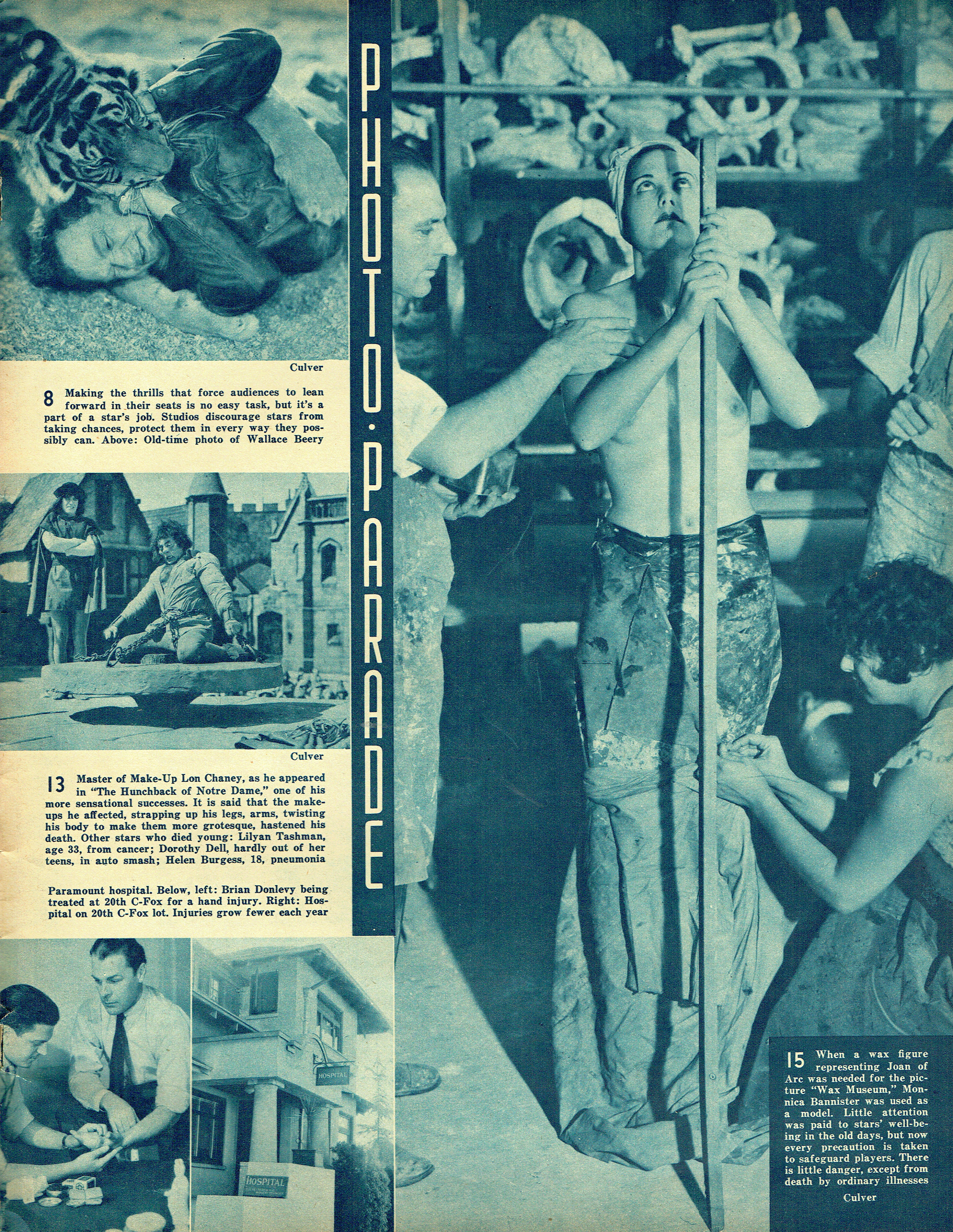 And, of course, there were ads for films throughout the issue. On the inside front cover was MGM hyping Greta Garbo and Charles Boyer in "Conquest"... 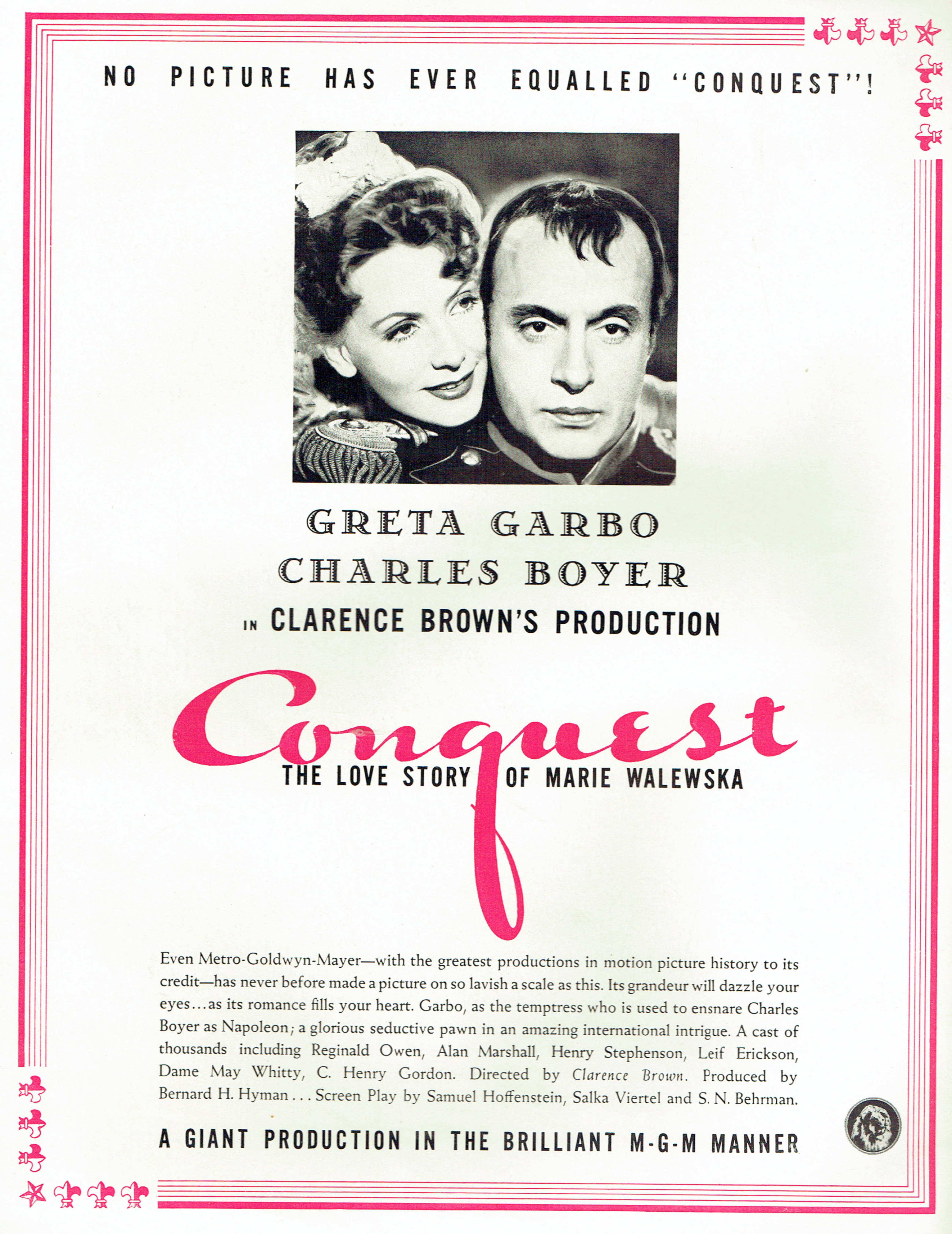 ...while the inside back cover trumpeted RKO's all-star adaptation of the Broadway hit "Stage Door": 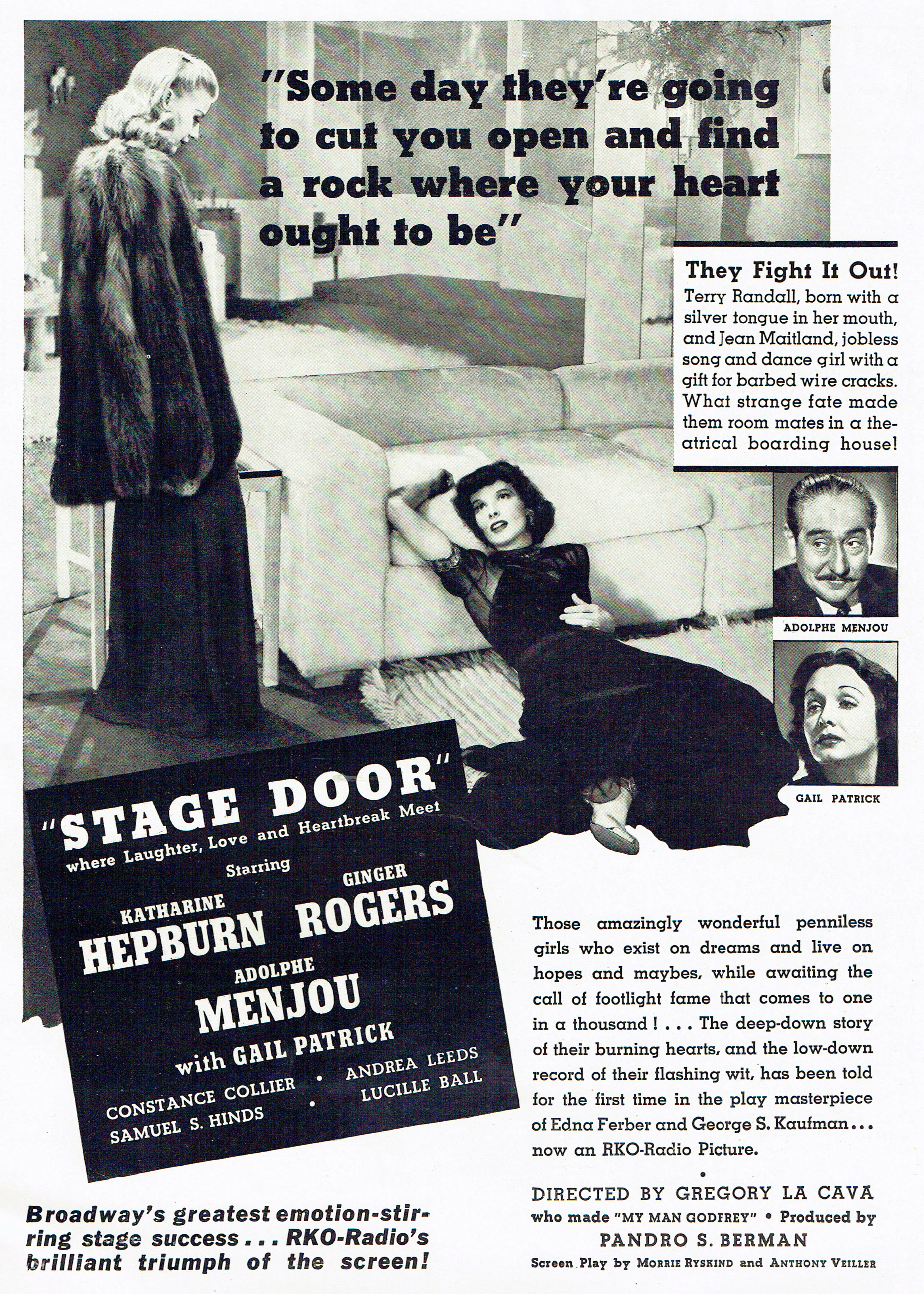 Inside was an ad for Leslie Howard, Joan Blondell and Humphrey Bogart in "Stand-In" (with a cast like that, it sounds like a Warners production, but it was actually a United Artists movie from Walter Wanger)... 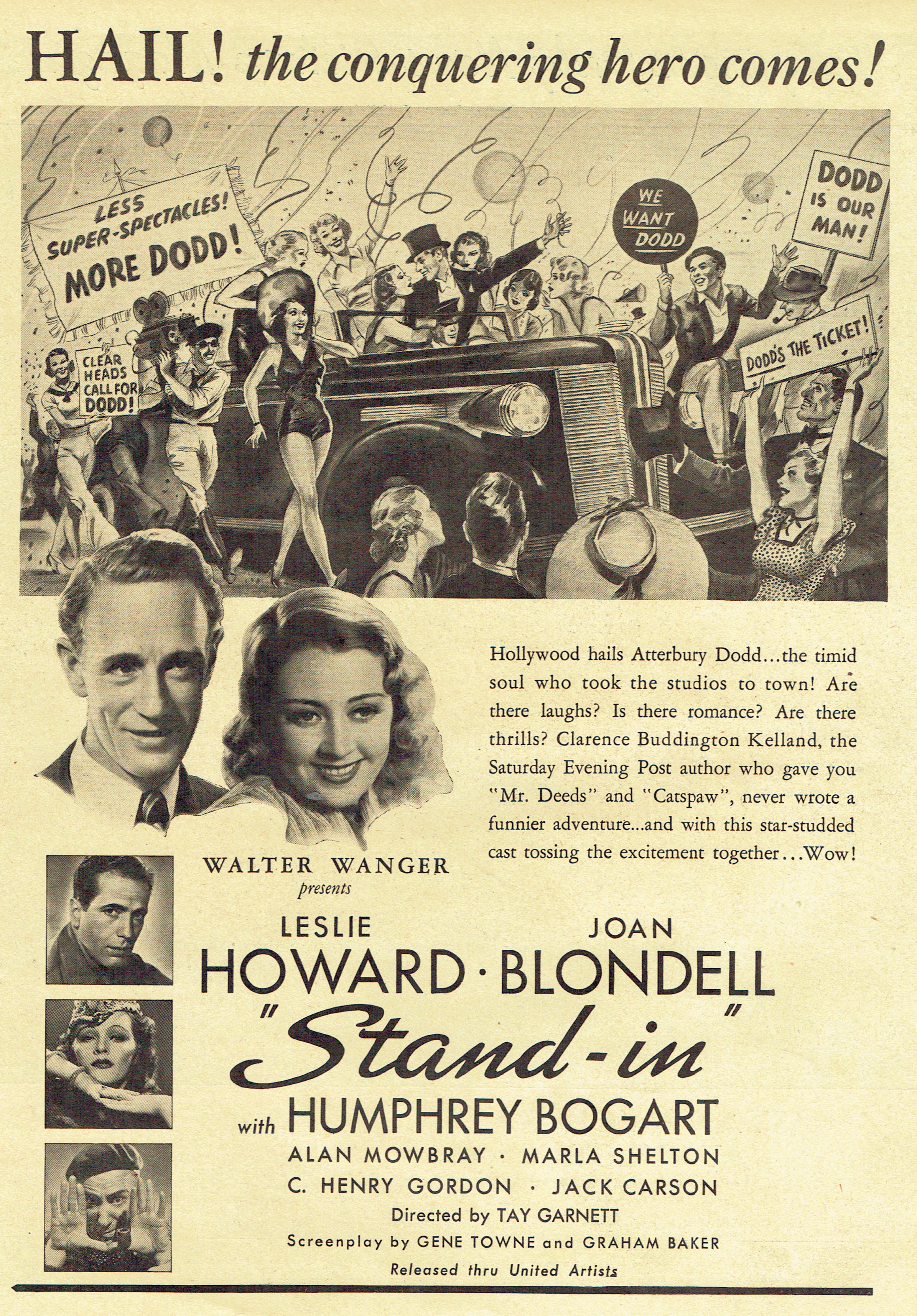 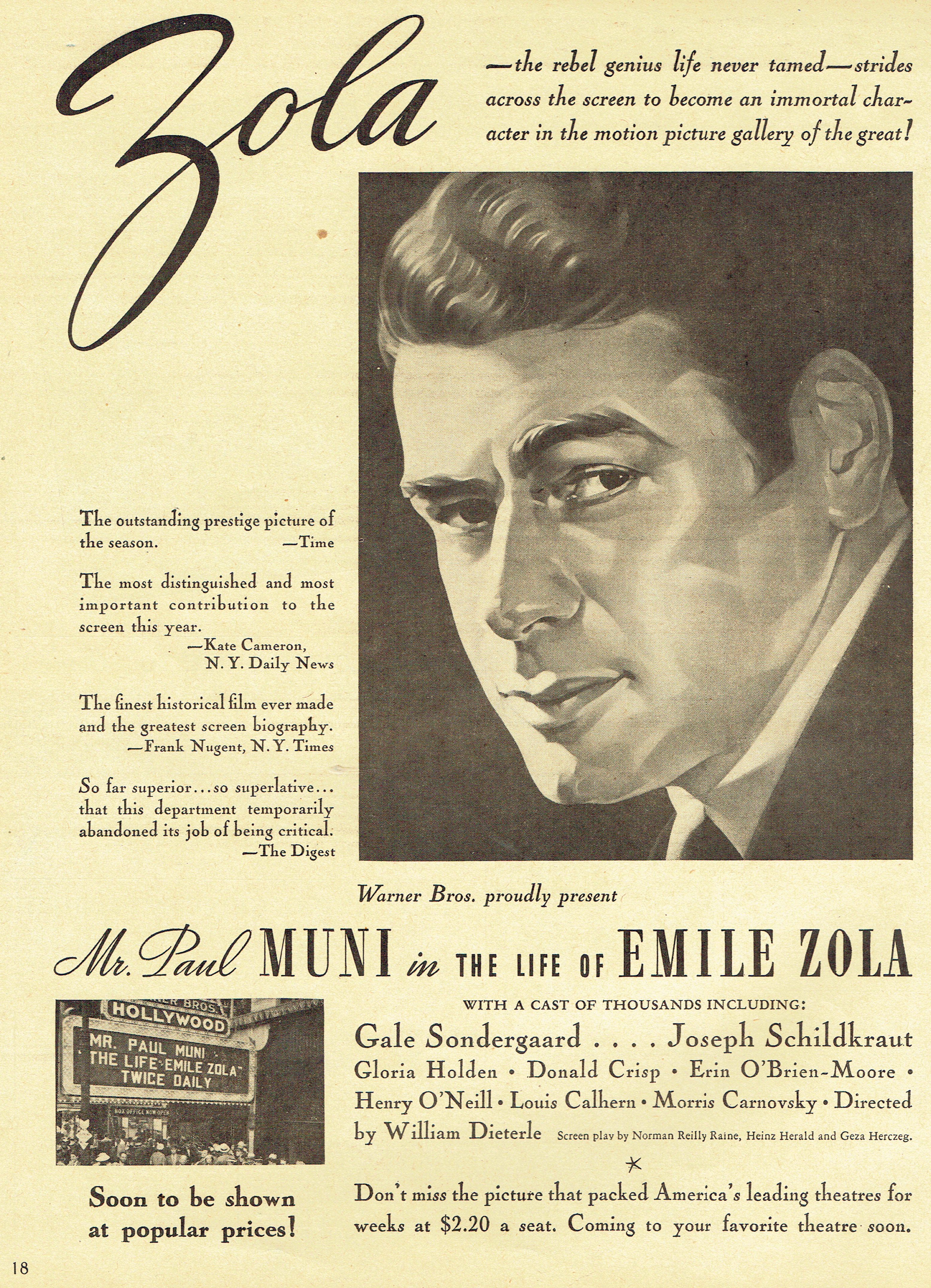