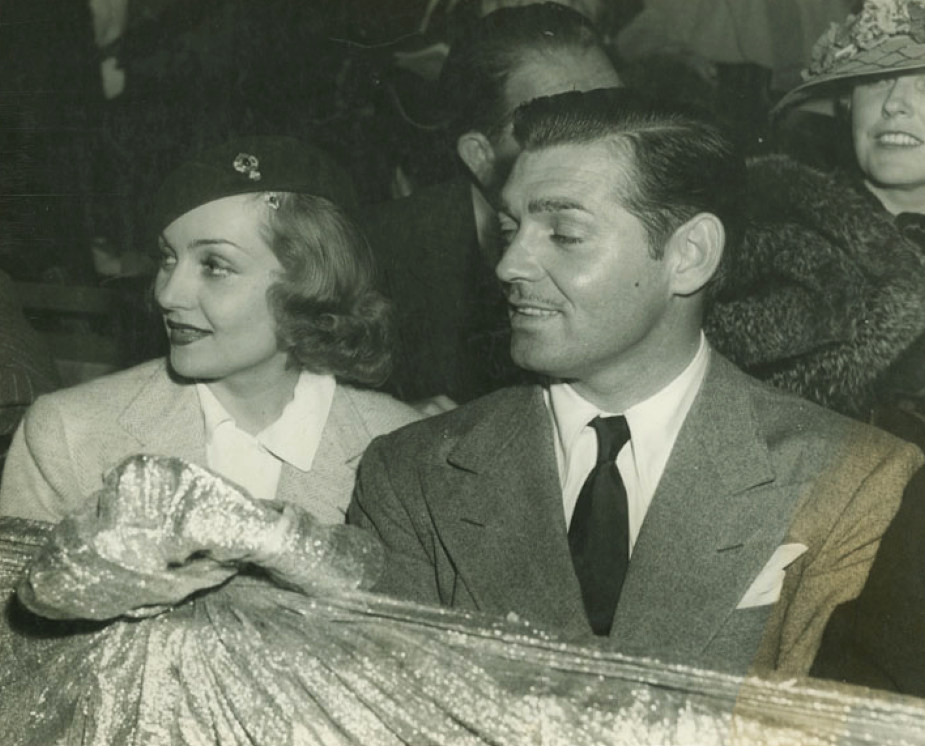 As I write this, some of you (notably in New Zealand) have already welcomed 2014. Our way of wishing a happy new year for all is to show an array of rarely-seen images of Carole Lombard and Clark Gable, part of a collection of about 60 Lombard pics (most with Gable) that are on sale for prices ranging from $18 to $125. Here are a few, kicking off with that photo above, showing Clark and Carole at the Polar Palace in Hollywood in the spring of 1936 to watch an ice show starring Sonja Henie.

Another place the couple enjoyed visiting about that time was Gilmore Stadium, used for football in the fall but earlier in the year a venue for midget auto racing: 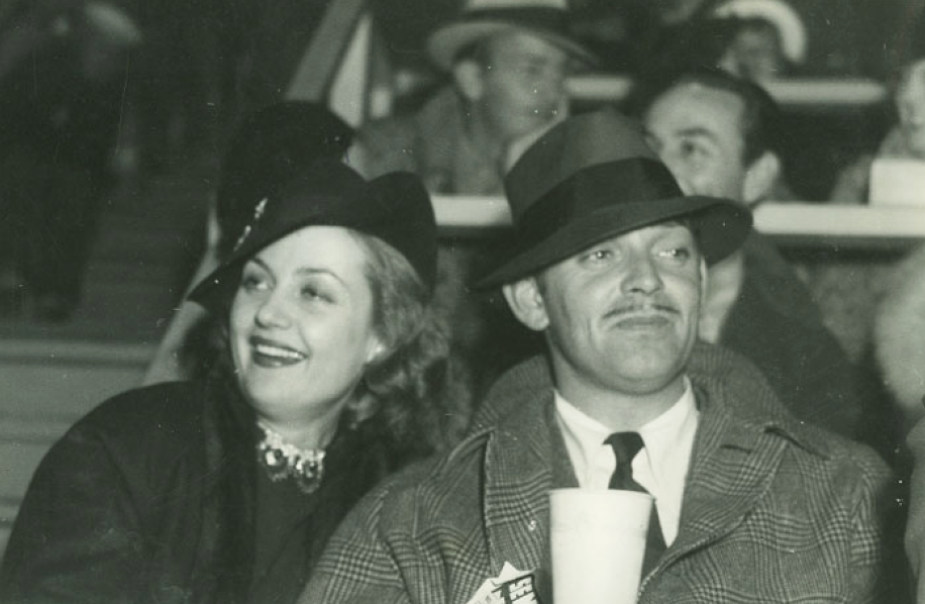 Fast forward to January 1937, when they attended an event honoring Adolph Zukor, the Paramount patriarch: 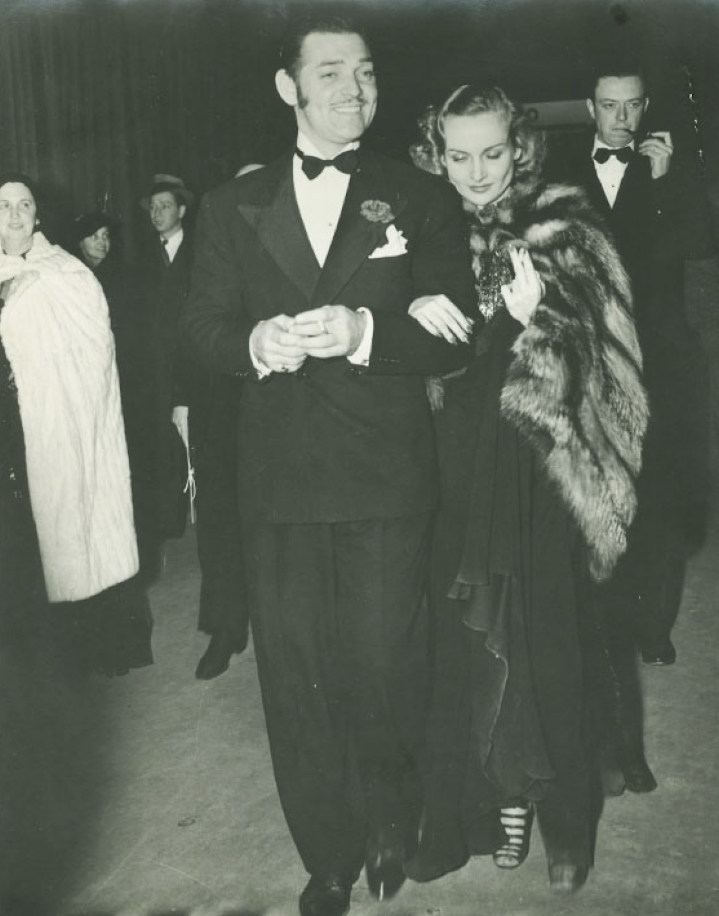 That October, the pair went to the Los Angeles Tennis Club to see Carole's protege Alice Marble battle her chief adversary of the time, Helen Jacobs: 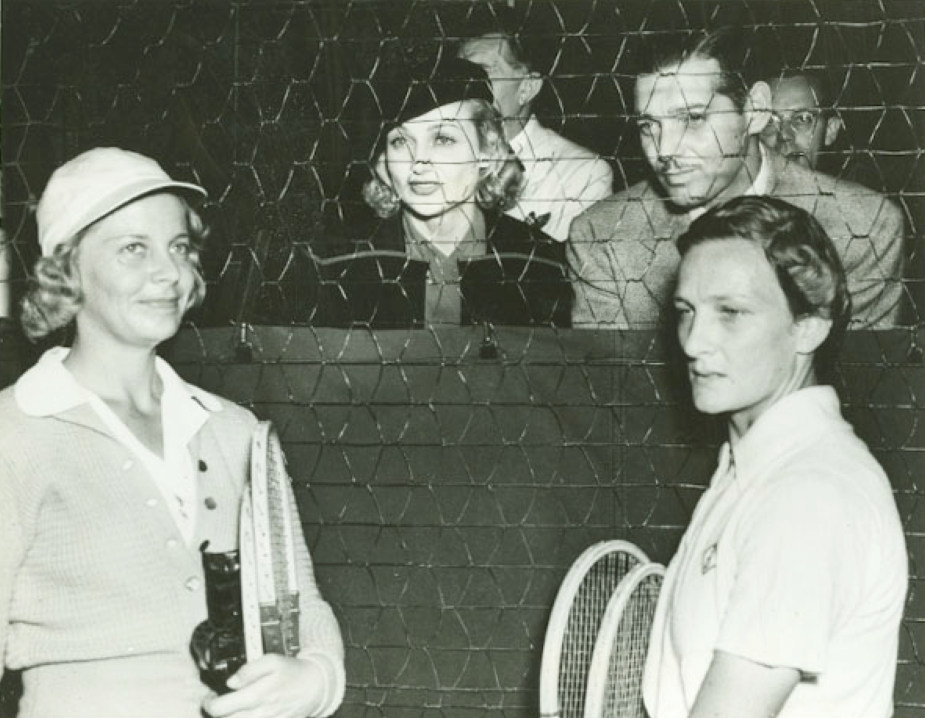 There are several images from 1938, such as this charming pic taken at the Barnes Circus, where a young boy tags along seeking their autographs (from the ebullient look on Gable's face, I bet he got them): 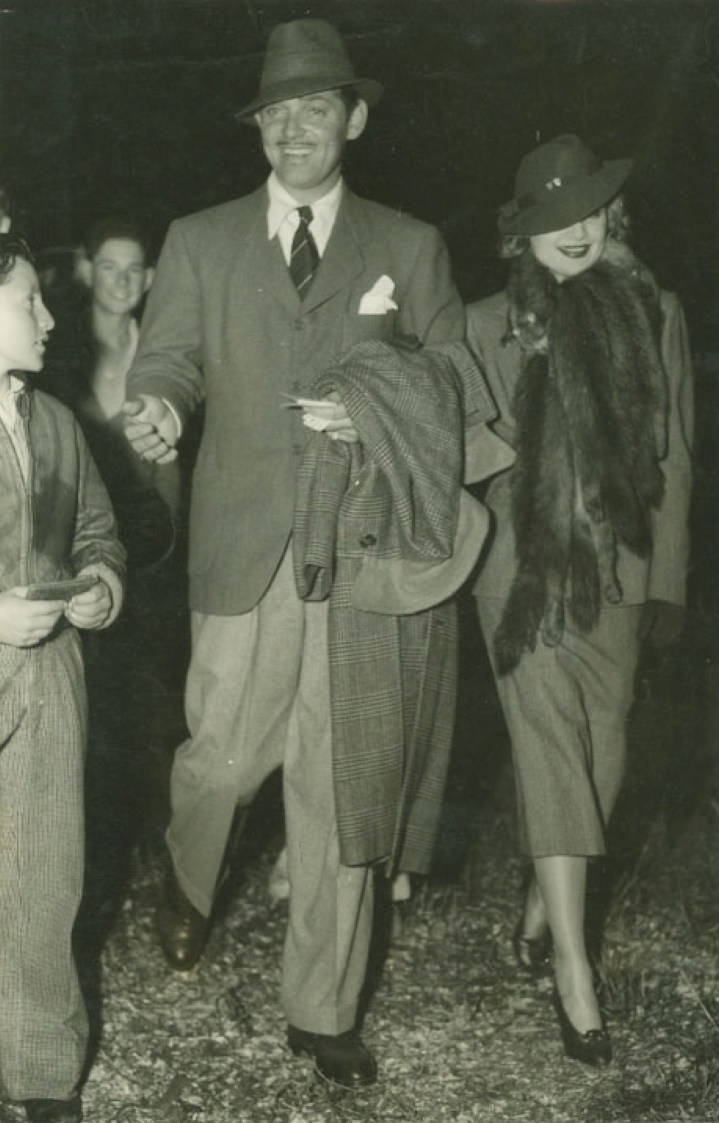 From July, Clark and Carole are shown descending the stairs while attending a preview: 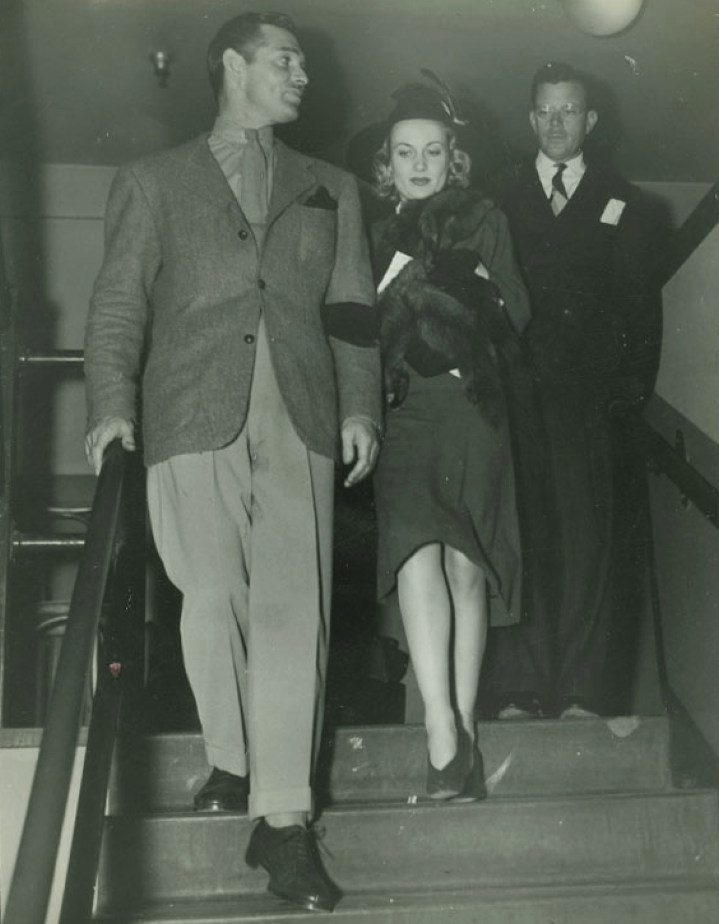 That December, the pair -- who hadn't been seen together in public for a few months as legal and marital affairs were in high gear -- went to the premiere of "Men With Wings": 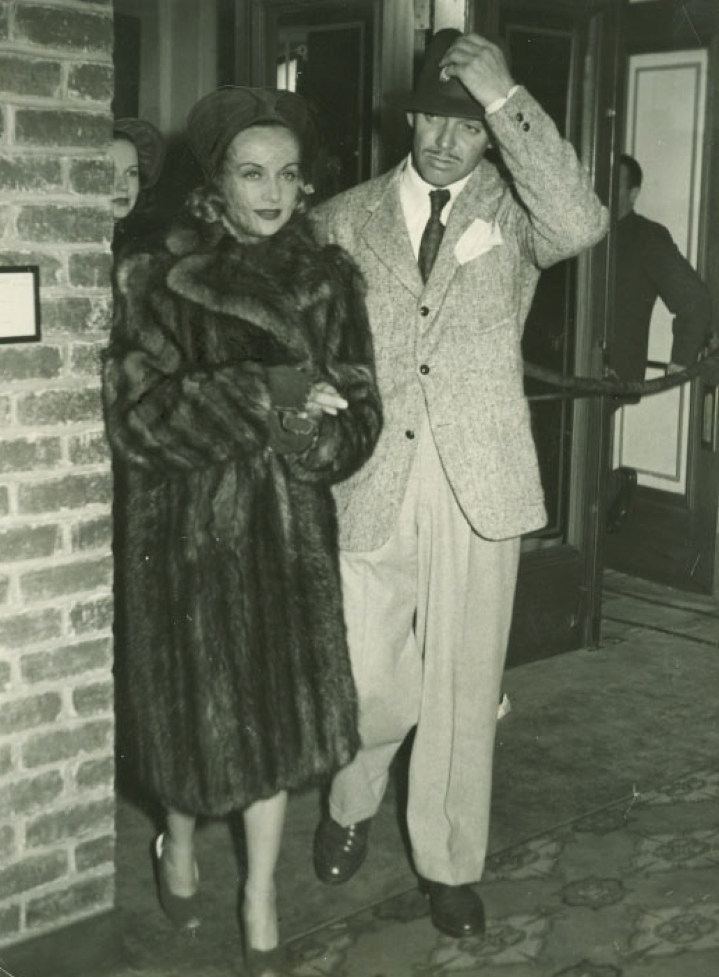 Everything was resolved by the start of 1939, and that summer the now-married couple were pictured at their Encino ranch: 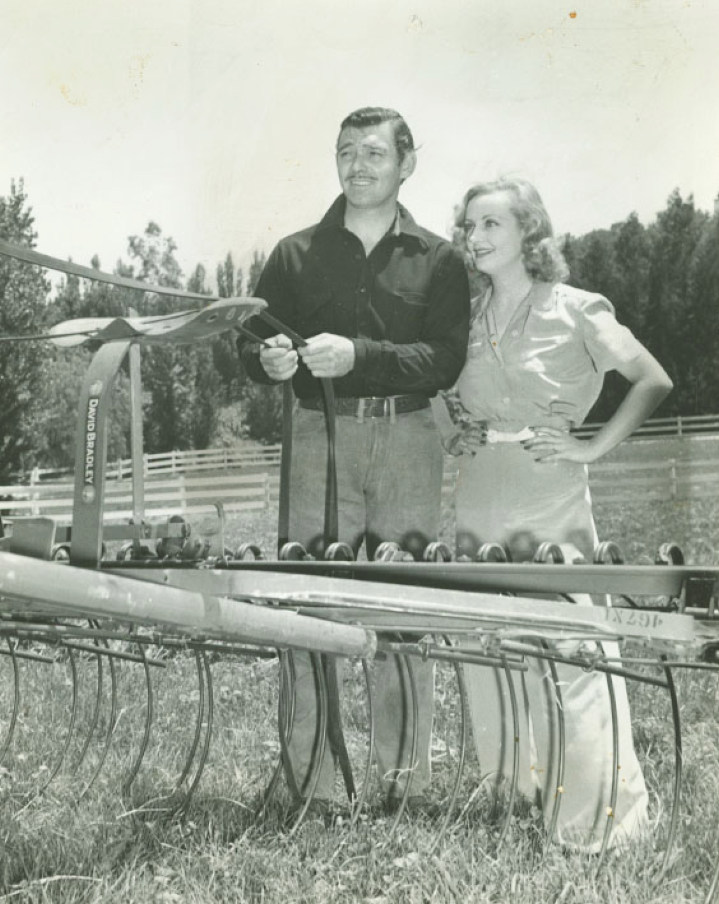 The Gables celebrated their first anniversary that March with a cake at Clark's MGM dressing room: 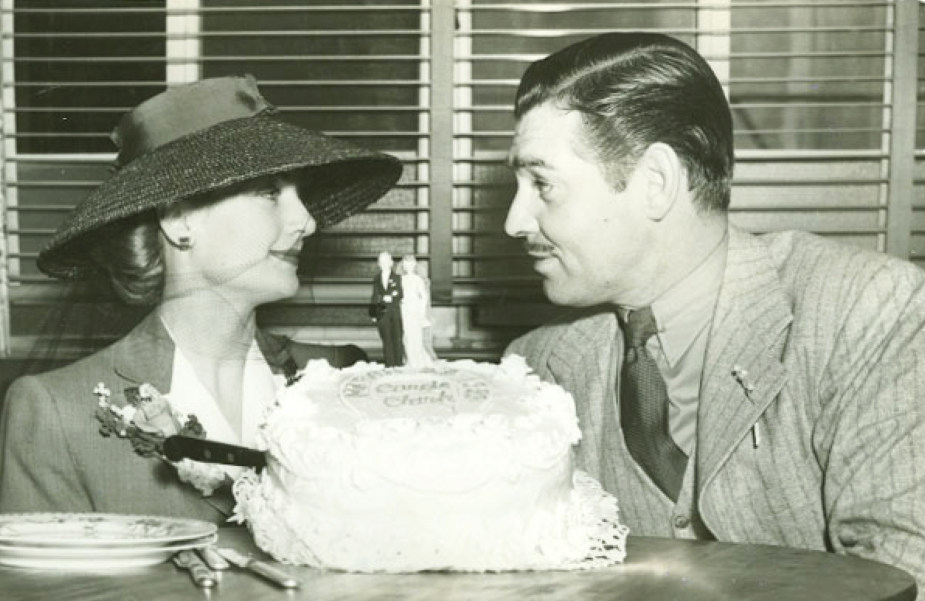 And on Dec. 23, 1941, Clark and Carole were pictured with Jack Benny at the Beverly Wilshire, perhaps for a cast party for "To Be Or Not To Be": 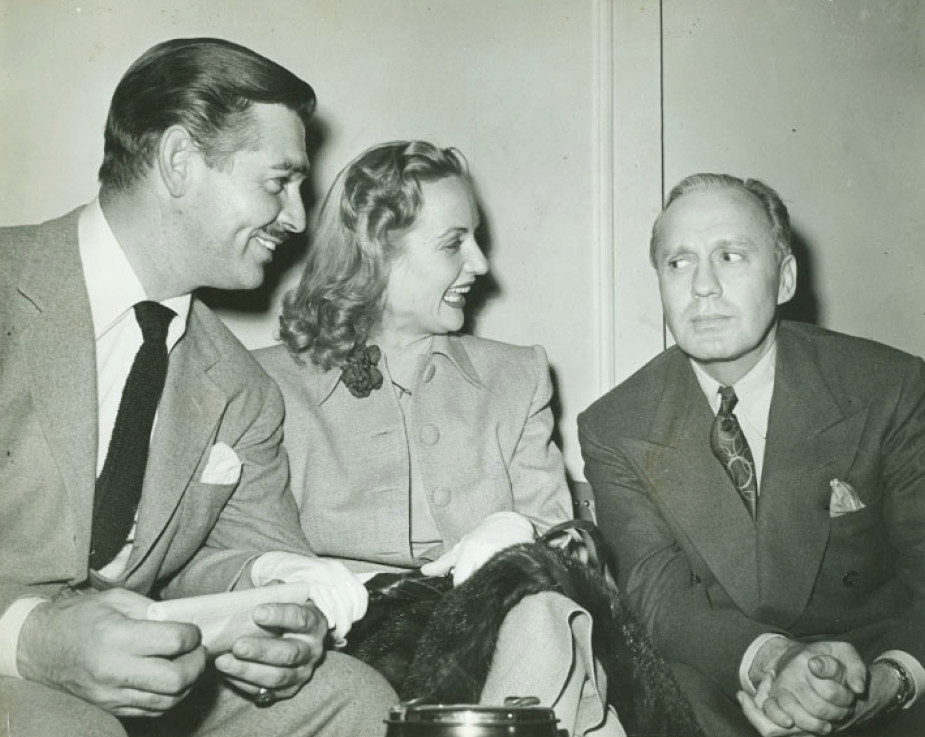 Speaking of Benny, let's celebrate the new year with Jack by showing the Dec. 31, 1961 episode of "The Jack Benny Program." It's fascinating to see how Benny made the transition from radio to television; the humor isn't quite as surreal, and Jack's 1961 self was a bit more textured and relaxed than he was in earlier years -- but the important thing is that he's still funny, with that impeccable comedic timing. Enjoy, and best wishes for a happy 2014.