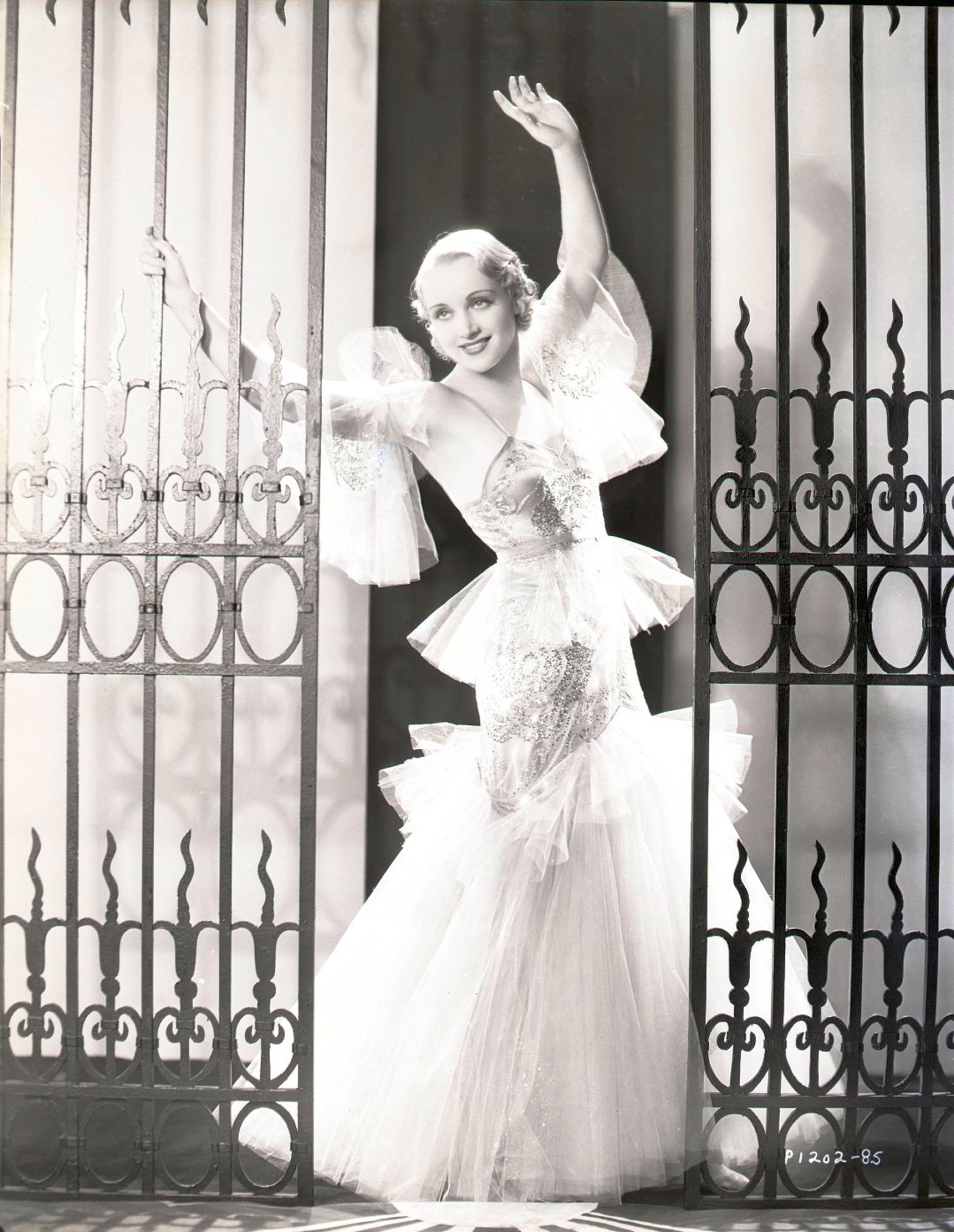 One of the benefits I've received after administering this site for several years is that Carole Lombard has forwarded me transcripts of conversations she's had with other stars in that magical world known as Hollywood heaven. I've been able to share discussions Carole has had with Myrna Loy (http://carole-and-co.livejournal.com/378865.html) and Constance Bennett (http://carole-and-co.livejournal.com/535187.html). Now Lombard has conversed with another cinema legend, and we're proud to provide it to you, because it's with none other than Carole's old Cocoanut Grove dance contest adversary...Joan Crawford: 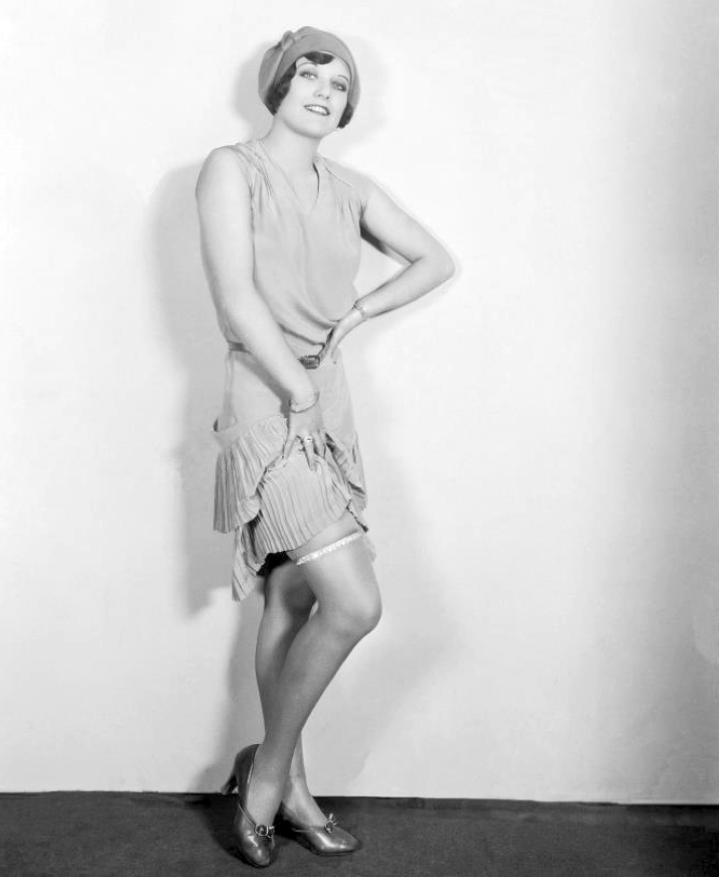 Carole Lombard: Hey there, hotcha gal!
Joan Crawford: Well, if it isn't my chief rival from '25. What brings you to this neck of the hereafter?
Lombard: You're probably aware of this news, but just in case you aren't...
Crawford: If it's involving you-know-who down on earth, don't bother -- I'm doing a fine job on my own haunting that ungrateful--
Lombard (shakes her head): No, it has nothing to do with that...or, should I say, her. You'll like hearing this.
Crawford: What?
Lombard: You're Turner Classic Movies' Star of the Month in the U.S. in January. Congratulations!

Crawford: You know, that's the third time I've gained that honor -- TCM did likewise in August 1998 and August 2002.
Lombard: Thanks to Summer Under the Stars, that'll never happen again. Anyway, you'll be honored each Thursday throughout January, and it's fortunate there are five Thursdays that month, because 62 of your movies will be shown!
Crawford: I did make a lot of films, didn't I?
Lombard: In fact, a few of those airings will continue well into Friday. The schedule is more or less chronological, and starts Jan. 2. Hey, narrator, got that night's schedule?
Narrator: Sure do, Carole. Here it is, not just for the 2nd but Jan. 3 too, with all times Eastern: 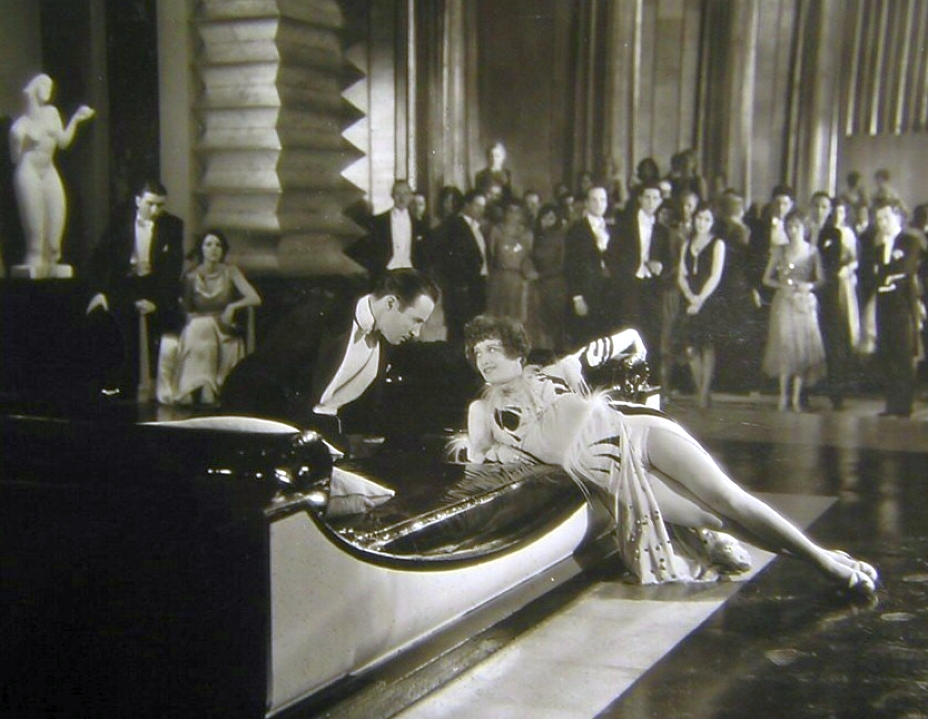 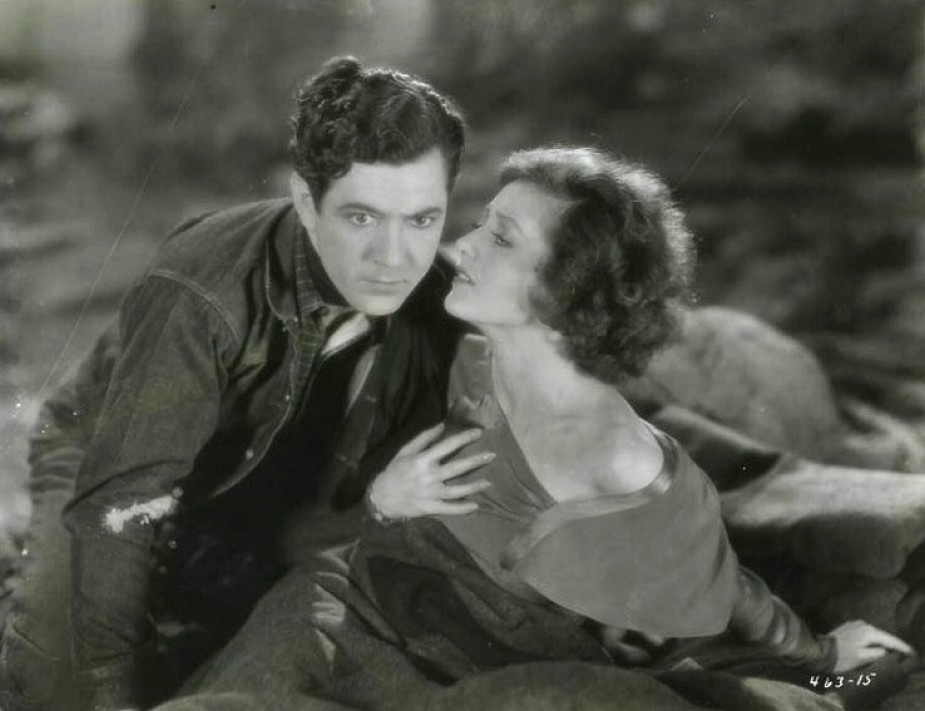 Lombard: You're more or less silent on Thursday, but begin to talk on Friday.
Crawford: And I had big hits while you were still making two-reelers for Sennett.
Lombard (grimaces): We're not in a dance contest, dear. Quit strutting your stuff. Tell us about the following week, narrator.
Narrator: This time, the focus is on Joan in the early and mid-'30s: 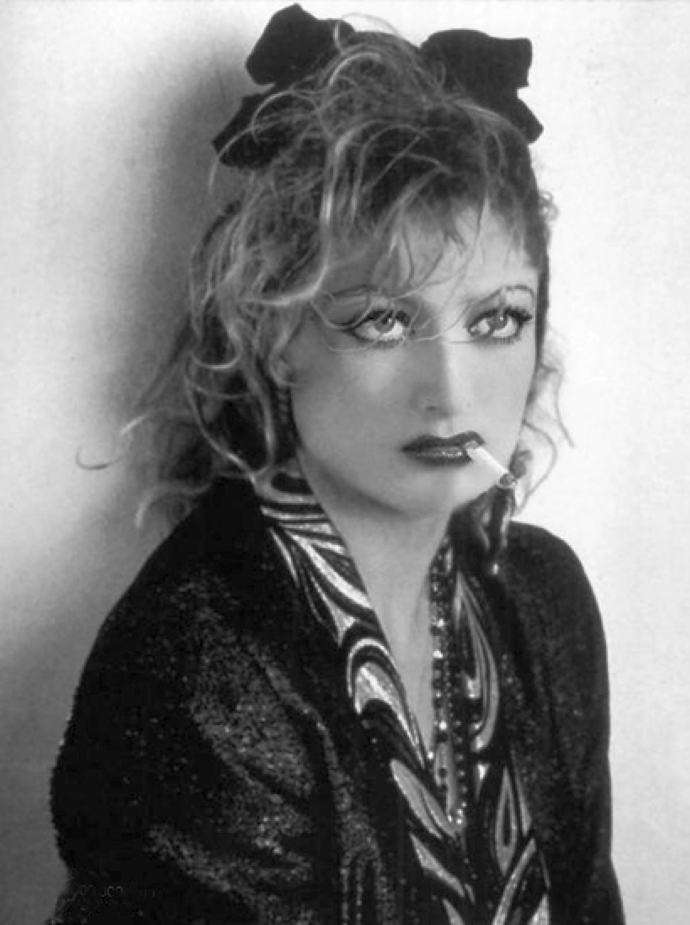 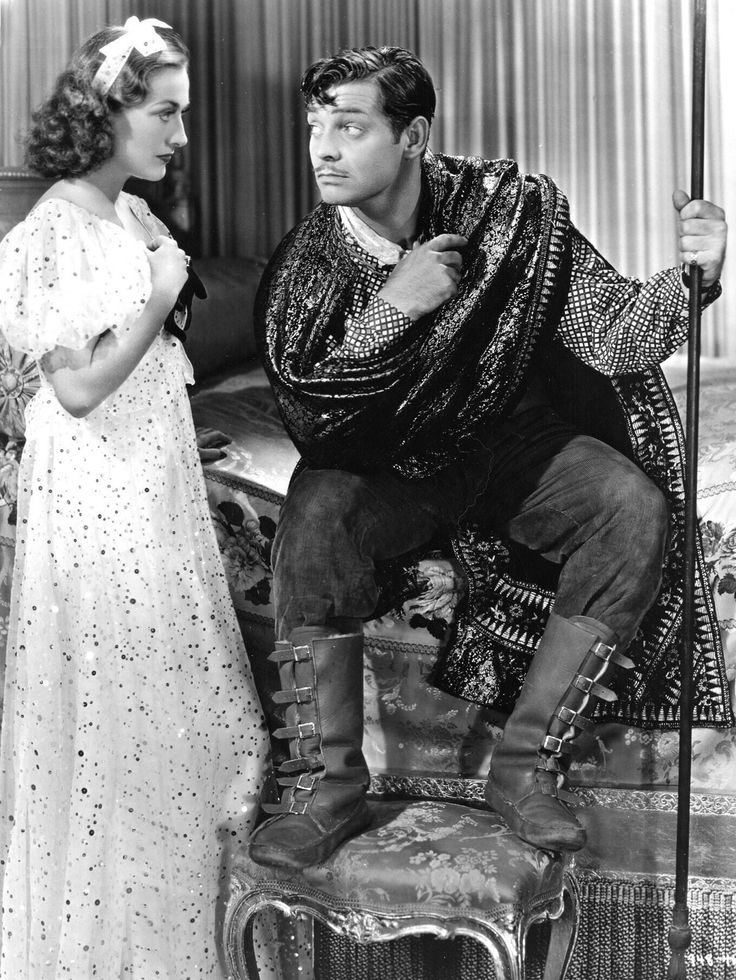 Crawford: Still no "Letty Lynton," I see. When I left, it was in legal limbo, and apparently that still hasn't been resolved.
Lombard: But "Rain" -- or should we call it "Desperately Seeking Sadie Thompson" -- is on the schedule! The minute Madonna gets up here, I'm certain she'll tell you what a fashion inspiration you were.
Crawford: Score one for Carole. But on the 10th, I get to co-star with both of your husbands!
Narrator: On to the following week, closing out Joan's work in the '30s and showing what she did in the first half of the forties: 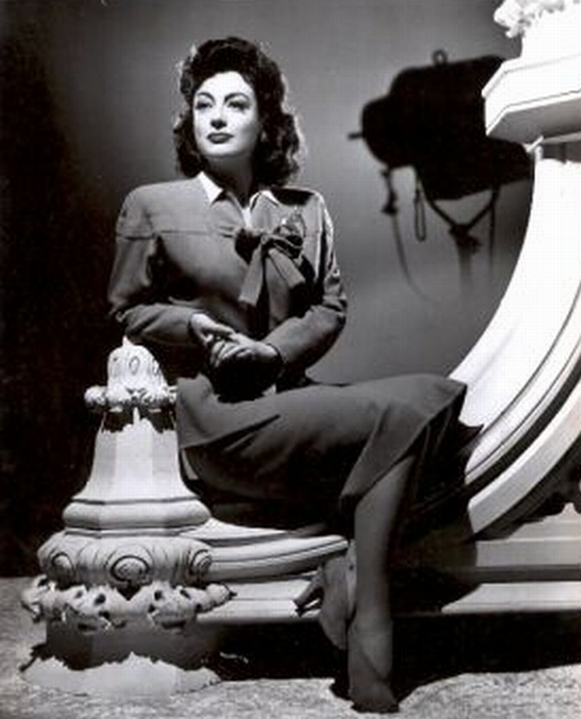 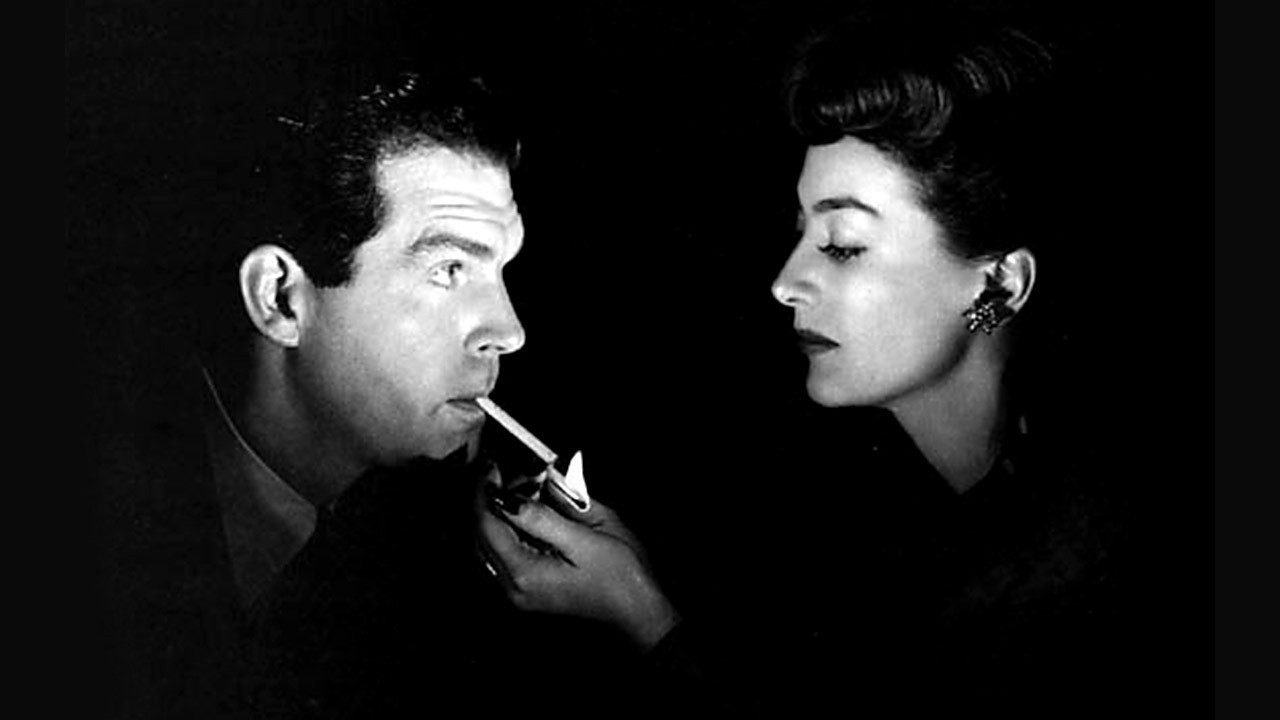 Lombard: I want to thank you once again for filling in for me on "They All Kissed The Bride" -- and even better, donating your salary to the Red Cross.
Crawford: Donating the money was easy. Trying to replace you was hard, especially since I admit comedy isn't really my strong suit. But I guess I did okay.
Lombard: How'd you like working with Fred MacMurray?
Crawford: What a professional...I can see why you liked him so much. Glad he's finally being appreciated for the terrific actor he was.
Narrator: Next up is Joan's postwar work, continuing into much of the fifties: 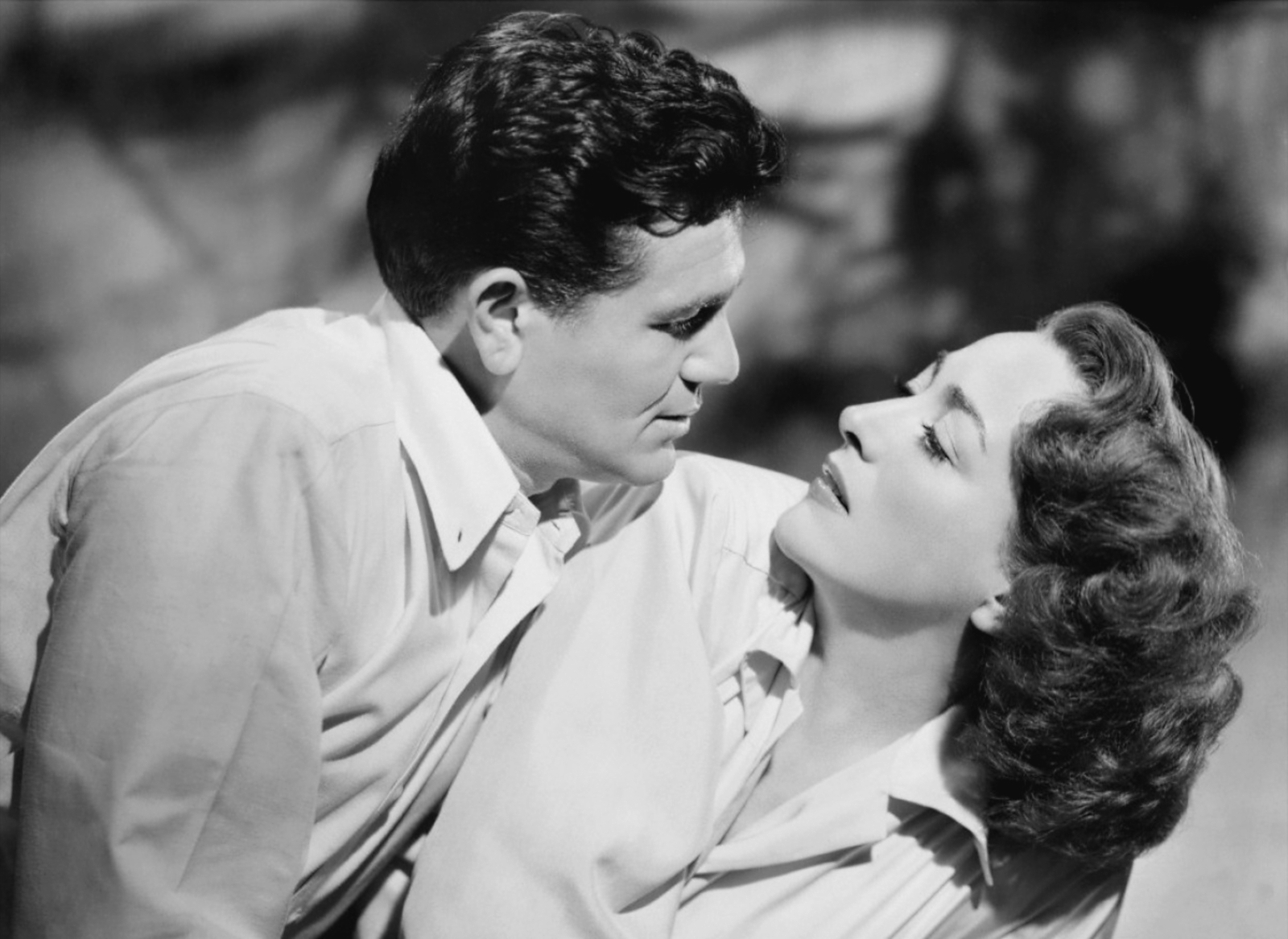 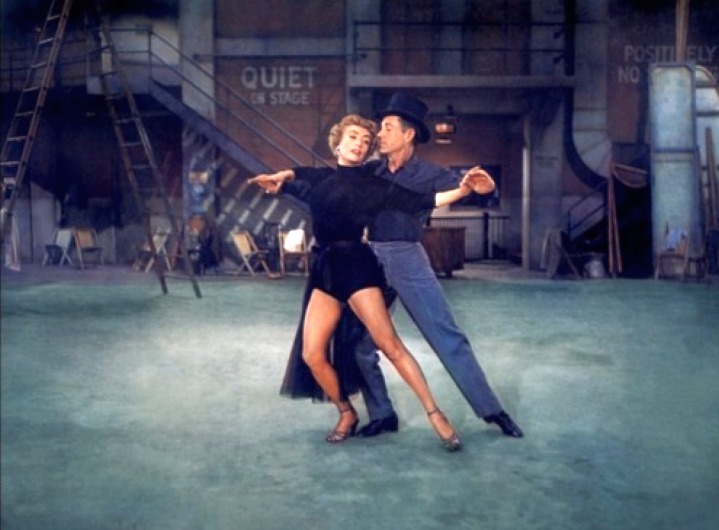 Lombard: Glad to see you win an Oscar for "Mildred Pierce." Sorry I never was able to try my hand at film noir.
Crawford: Good source material from James M. Cain. Our good friend Barbara Stanwyck should have won the year before for his "Double Indemnity."
Lombard: On the other hand, there's "Torch Song." While your legs were superb, the story was silly, and blackface? What were you thinking?
Crawford: A little thing called camp, Carole. It may explain why, even though we both hired Billy Haines as an interior decorator, I'm a gay icon and you aren't. By the way, why is there no "Johnny Guitar" on the schedule?
Narrator: Let's close this out with the final films of Joan's career on the 30th and 31st. 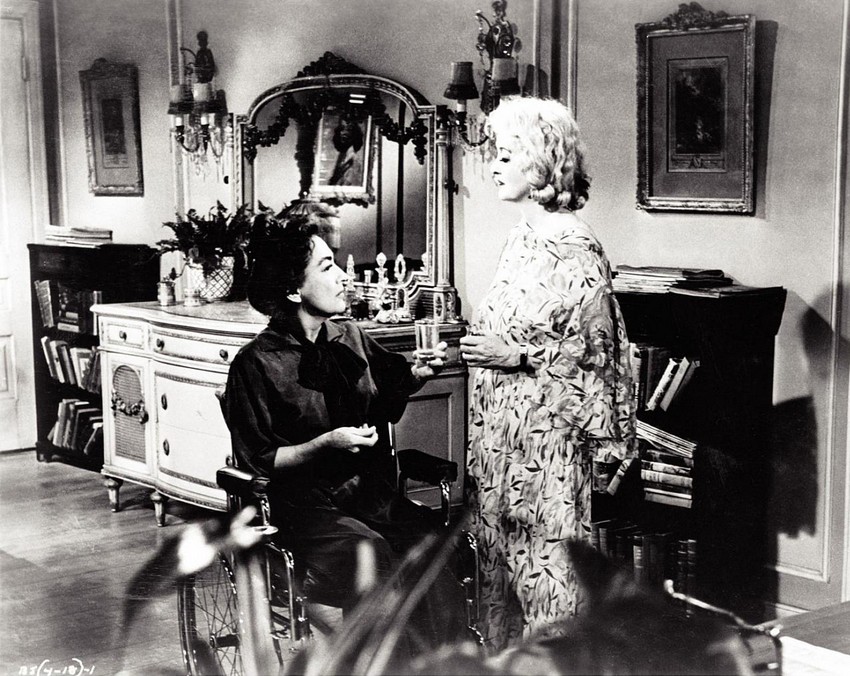 Lombard: The other day, I was discussing movies with Myrna Loy, and she told me that she refused all those Grand Guignol roles that you and Bette and Olivia de Havilland took in the sixties.
Crawford: Well, I too count Myrna as a friend -- funny that we have a lot of mutual friends like Loy and Stany, but we ourselves aren't all that close -- but if you wanted to keep working then, those are the roles you did. I mean, that didn't interest her, and I guess Claudette and Marlene felt the same way, but Bette and I wanted work.
Lombard: And the feud between you two?
Crawford: Oh, we were rivals, all right, going back to when I arrived at Warners. But compared to what I had with Norma Shearer -- or what she had with Miriam Hopkins -- it was a church picnic.
Lombard: You can be sure I'll be watching all month, and I'll try to get Clark and Bill to watch, too.
Crawford: Very good. As my way of saying thanks (snaps fingers, and a Pepsi-Cola bottle materializes in her hand), a complimentary Pepsi on me. As the jingle you probably remember went, "Twelve full ounces, that's a lot!" (She hands the bottle to Carole.)
Lombard (smiles): Thanks! Say, how about meeting me at the afterworld Grove in an hour for another dance contest? We can rematerialize as our teen selves and really have a go at it with the Charleston.
Crawford: You're on -- see you then. Oh, just one more thing.
Lombard: What's that?
Crawford: How did you make the cover of that new George Hurrell book when he always said I was his muse? 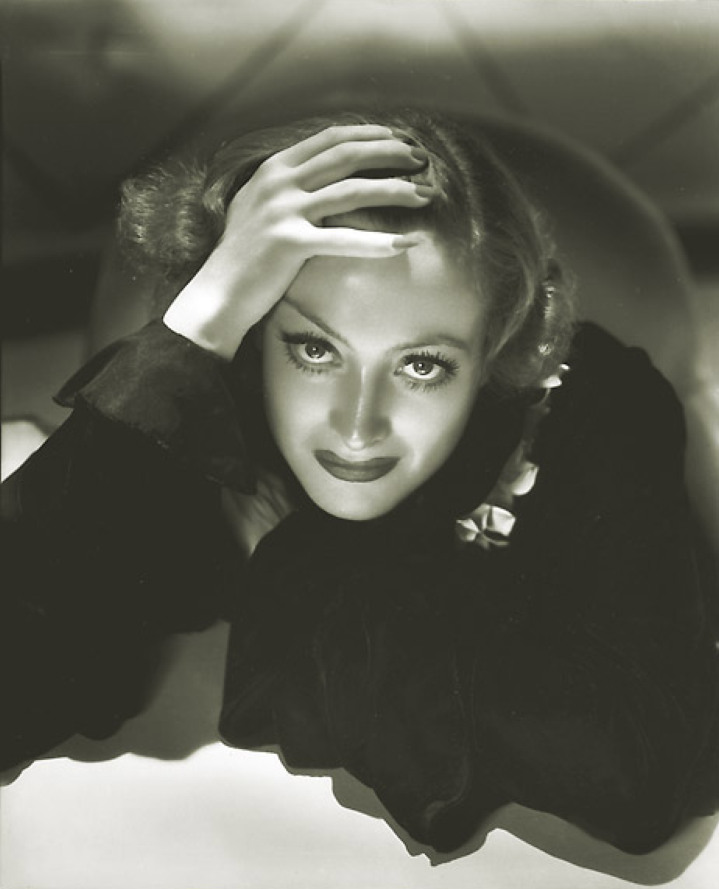 Anyone who views Joan through the "Mommie Dearest" prism isn't doing her justice. She was an actress who worked hard at her craft, was genuinely liked by most in the film community, and probably enjoyed stardom more than any of her contemporaries. TCM has a pair of articles about this side of Crawford: First, a profile of the actress is at http://www.tcm.com/this-month/article/939242%7C0/Joan-Crawford-Thursdays-in-January.html, while Robert Osborne remembers her at http://www.tcm.com/this-month/article/940179%7C0/Robert-Osborne-on-Joan-Crawford.html.
Collapse