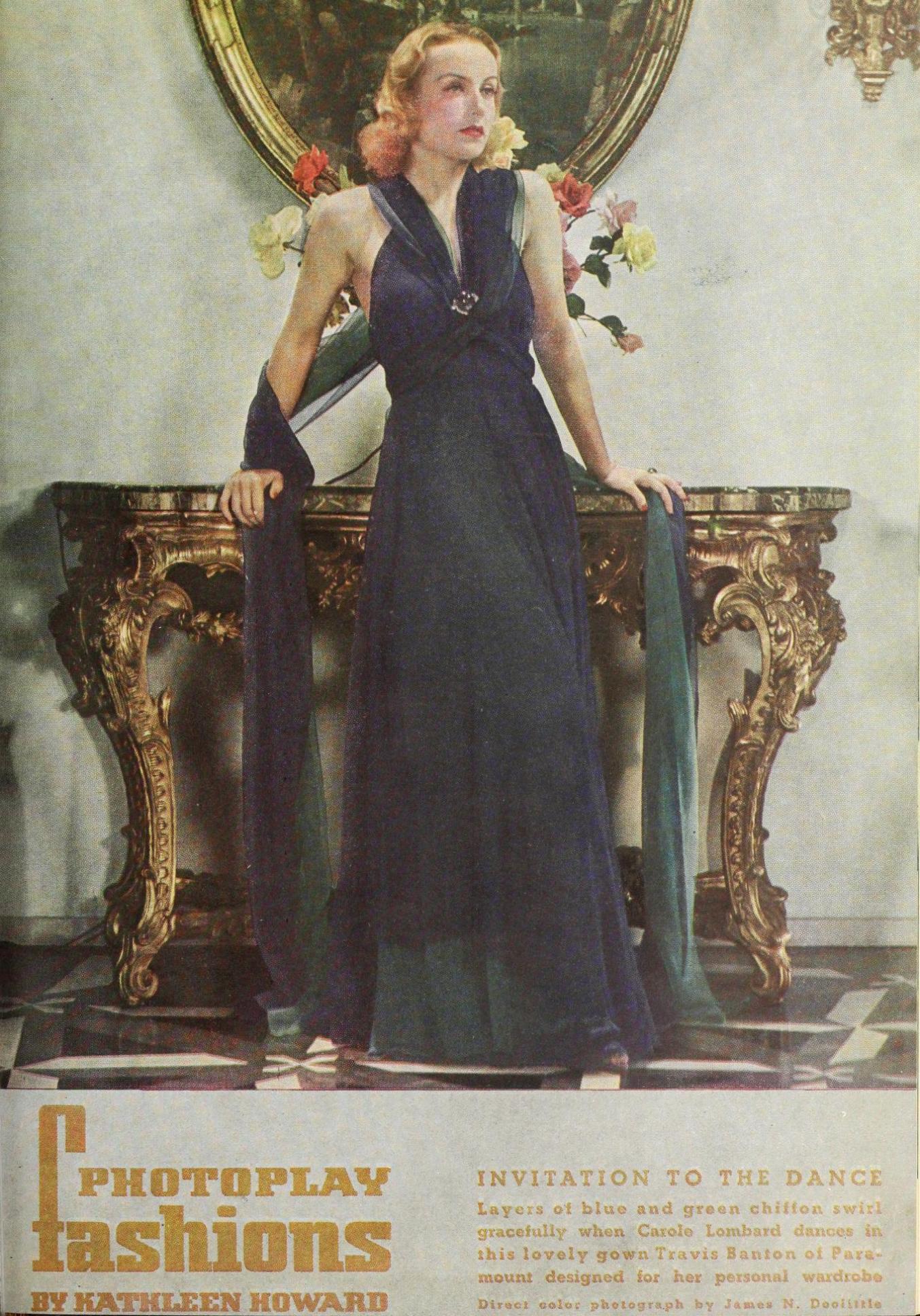 In October 2011, we ran the above portrait of Carole Lombard by James Doolittle -- among the first true color photos of her -- from the April 1936 issue of Photoplay to help kick off a three-part series the magazine ran on designer Travis Banton, who came up with that outfit (http://carole-and-co.livejournal.com/452343.html).

But before 1936 was out, Photoplay readers got to see Lombard, Banton and Doolittle collaborate again, this time in the December issue: 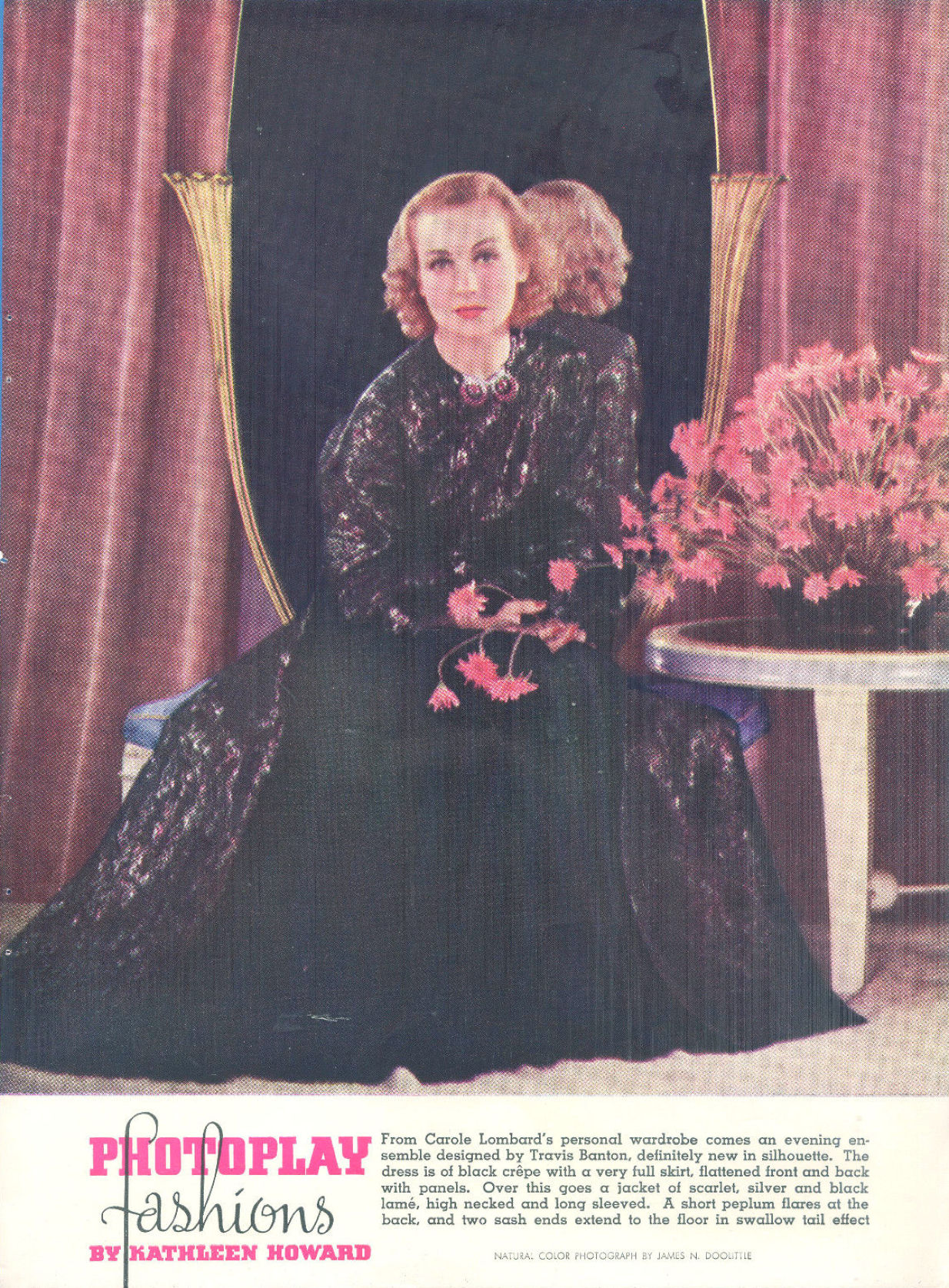 Why haven't we run it before? There's a good reason. While the Media History Digital Library has done a splendid job digitizing Photoplay and several other near-complete runs of other film magazines during the classic era, there still are a few gaps in the coverage -- and this is one of them. Unfortunately, the July to December 1936 run of Photoplay is missing, about the time Carole's career kicked into high gear with "My Man Godfrey" that fall.

The good news is that you can buy this image on eBay...not the issue, just the image. The seller says it's in "fine original condition," adding it "comes in Archival Safe Rigid Plastic Protector with 24 point acid free backing board ready to display."

We'll close with some vocalese -- what's that, you say? Wikipedia defines it as "a style or musical genre of jazz singing wherein words are sung to melodies that were originally part of an all-instrumental composition or improvisation." And its best-known practitioners, ranking with the Boswell sisters as the greatest of jazz vocal groups, were the combo of Dave Lambert, Jon Hendricks and Annie Ross. (The niece of Ella Logan, she appeared in a late '30s Little Rascals short as a child, performing "Loch Lomond.")

In 1957, Lambert, Hendricks & Ross recorded a milestone album for ABC-Paramount, "Sing A Song Of Basie," where 10 Count Basie classics were reworked to fit their style, and it became a huge hit with hipsters of the time and remains among the most important jazz albums ever made. The following, "Everyday I Have The Blues," should have an asterisk of sorts with it, as it already was a well-known vocal (by Joe Williams, B.B. King and others), but the trio added some improvisation (and overdubbed their voices several times) to make it their own. Dig!