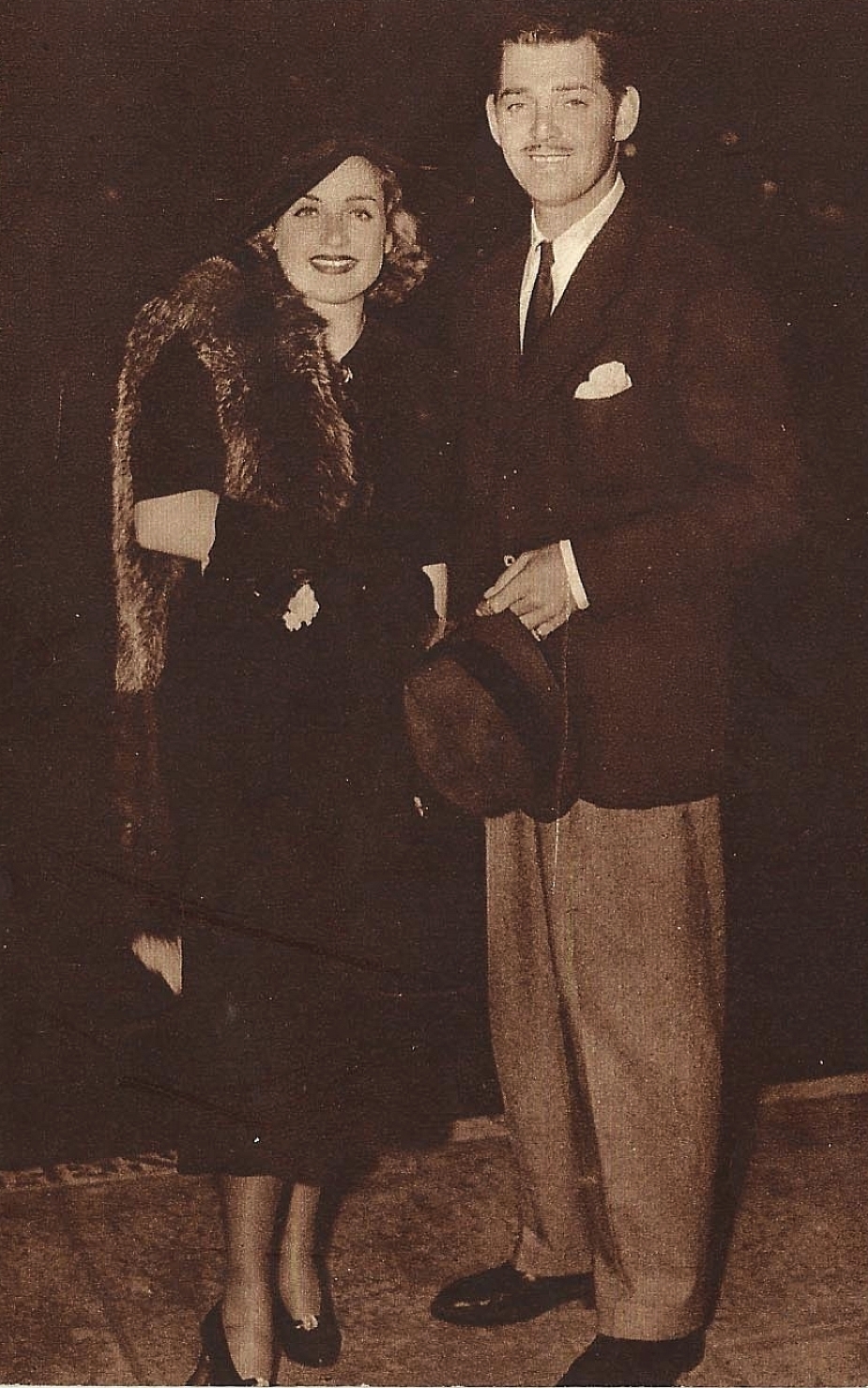 Perhaps somewhere there is a photo of Carole Lombard and Clark Gable in Christmas gear, but if one exists, I've never seen it. (Carole probably retired her elf outfit the day she left Pathe, and the mind figuratively chuckles over the concept of her husband in a Santa suit.) So we'll settle for this stylish, if non-holiday image and let each of them wish you the merriest -- in their own handwriting, no less. This comes from the superb site http://www.dearmrgable.com, your home for all things Clark: 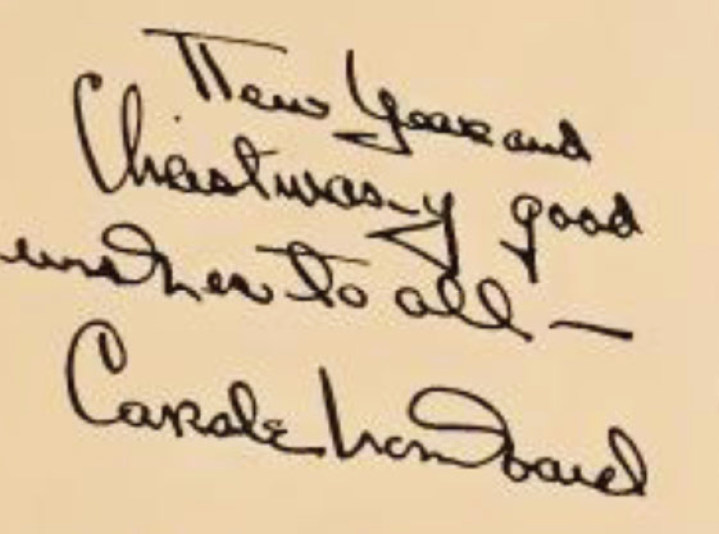 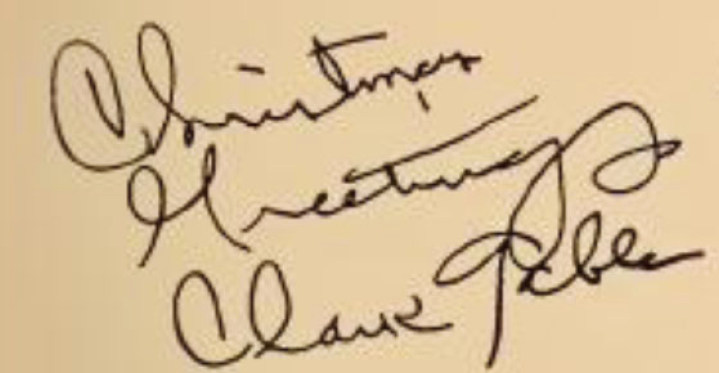 The couple showed their Christmas generosity in December 1941 when they bought a suite of bedroom furniture for Jean Garceau, their personal secretary, and her husband, Russ. Items included a pair of twin beds, a night stand, a wash stand, and a lamp constructed from one of Lombard's pink Staffordshire teapots. But that wasn't all -- Carole woodburned a plaque and presented it to the Garceaus: 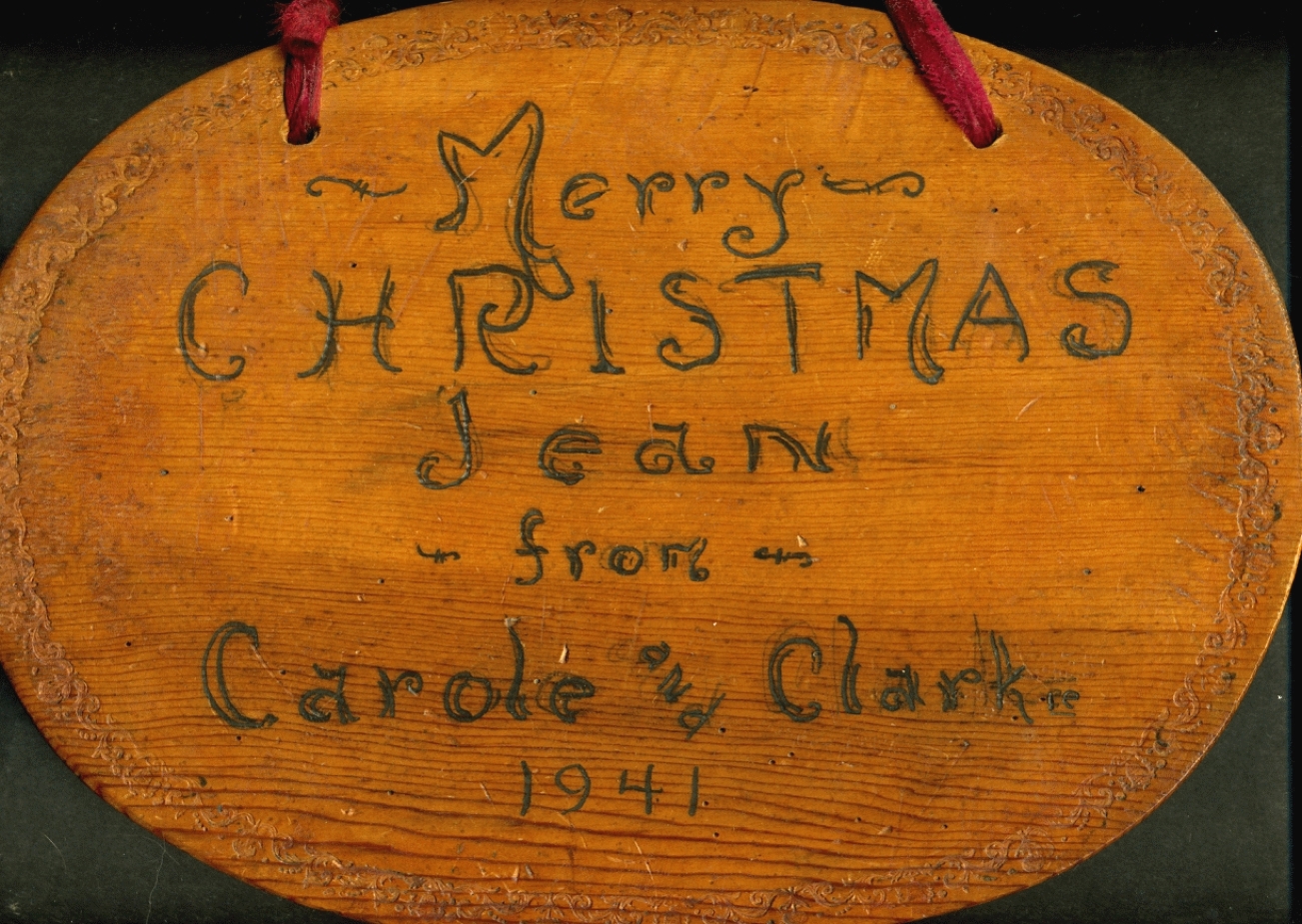 You'd really have to be perceptive to note that Lombard added a tiny "ie" to Clark's name.

Now, some holiday music -- specifically something I heard played this season at two different supermarket chains. It's a Christmas song from the man who wrote "The Christmas Song"...Mel Torme, who here sings the traditional favorite "Good King Wenceslas." It turns out to be a wise choice for a jazz interpretation, as its lyrics and theme are sufficiently secular to prevent it from seeming sacrilegious. The version I heard in the grocery stores was done in the studio, but what we have here is from a 1992 concert in Milwaukee shown on PBS. You'll see the Milwaukee Symphony Orchestra in the background, but this is just Mel and his trio. If you're only familiar with Torme from his ties to sitcoms ("Night Court's" Harry Anderson was a major fan, and who can forget Mel's turn on a "Seinfeld" episode?), you're missing out on one of jazz's most innovative and talented musicians. Like Rosemary Clooney, Torme gained full creative control late in his career, putting out the music he wanted to make -- including a 1994 album celebrating Bing Crosby's songs from his Paramount movies, among them "May I?" from "We're Not Dressing." (Entertainment Weekly called it "a lush stunner of an album.") Give this a listen -- I think you'll like it -- and as Mel himself wrote, although it's been said many times, many ways, merry Christmas to you.