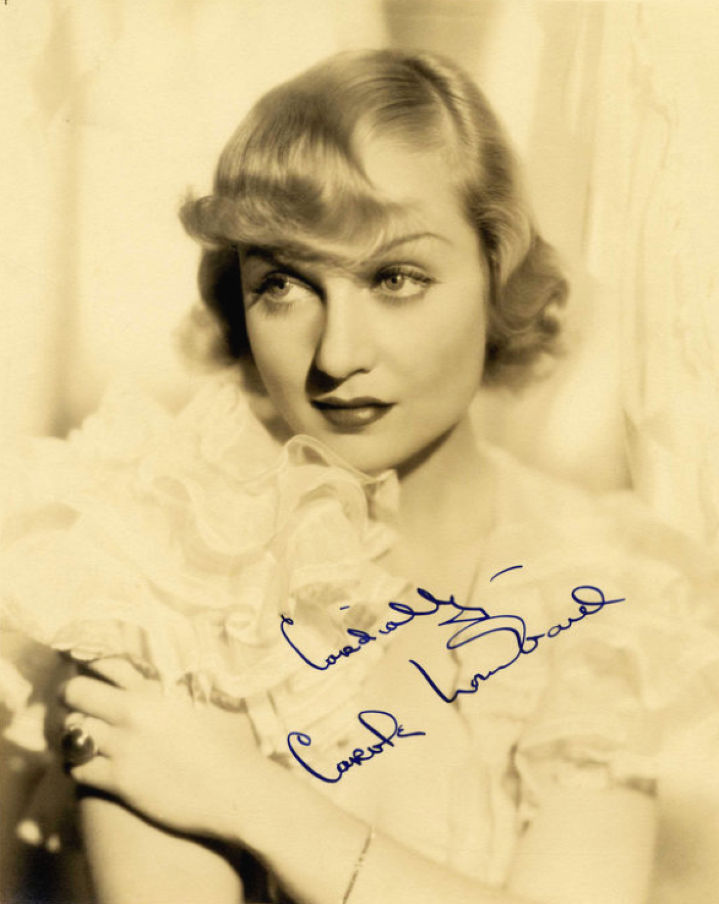 Whether as part of a photo or signed separately, autographs of Carole Lombard are among collectors of her memorabilia's most sought-after items. But anyone prepared to shell out big money to get one (and the signature of a celebrity who's been gone for more than 70 years will require as such) had better make certain that it's the real deal.

Two Lombard autographs currently are on the market, and to help verify their veracity I've enlisted the services of Carole Sampeck of The Lombard Archive, who's probably forgotten more about her autographs than I'll ever know. First of all, this one: 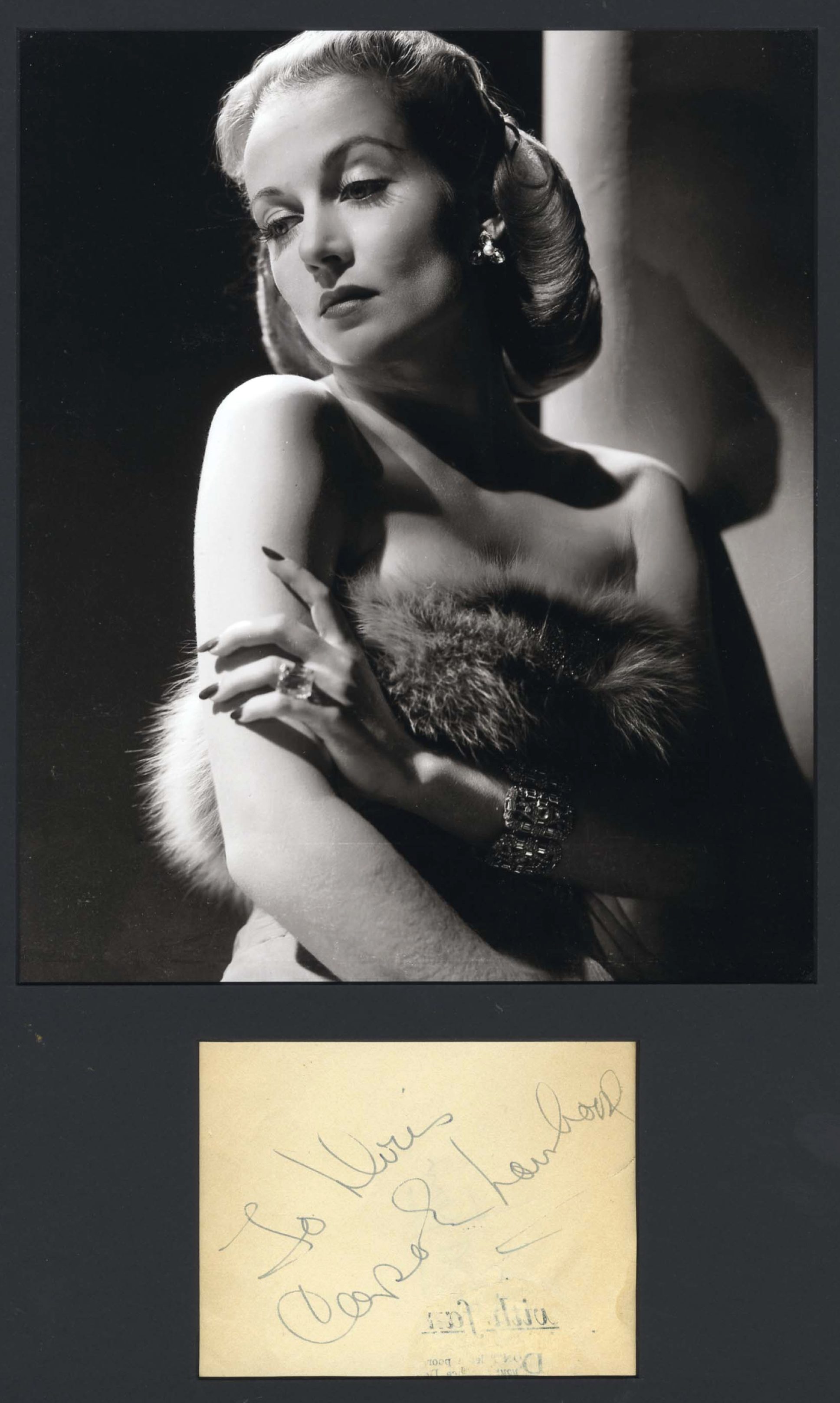 Here are details from the seller:

"Signed album page, 4.5 x 4 inch, mounted for fine display with a photograph, shows Carole Lombard in a beautiful portrait (altogether 12 x 16.5 inch), signed and inscribed in blue fountain pen, signed by another person verso and glue marks beneath the signature -- in fine condition." 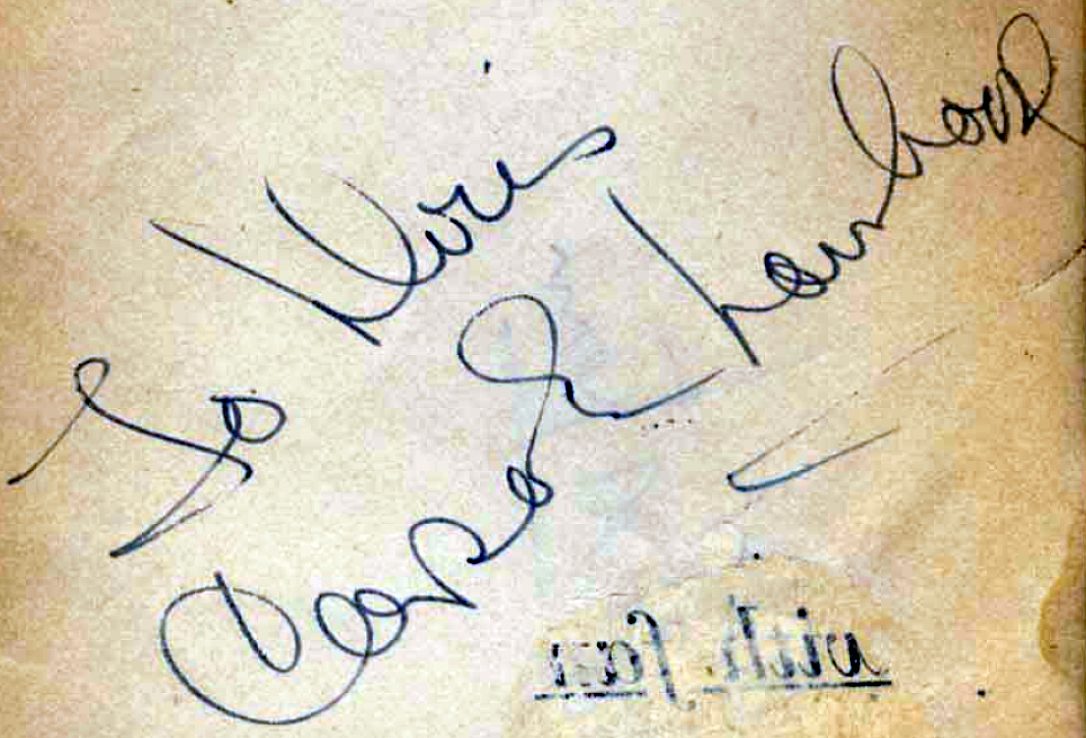 "First one I'm not thrilled about for a couple of reasons: the 'To' doesn't look right for her. Next, the first name is about 1940-style, but the last name is the way she was signing around 1935.

"I'd give that one a pass without an impeccably clean provenance."

The same seller also has this for sale: 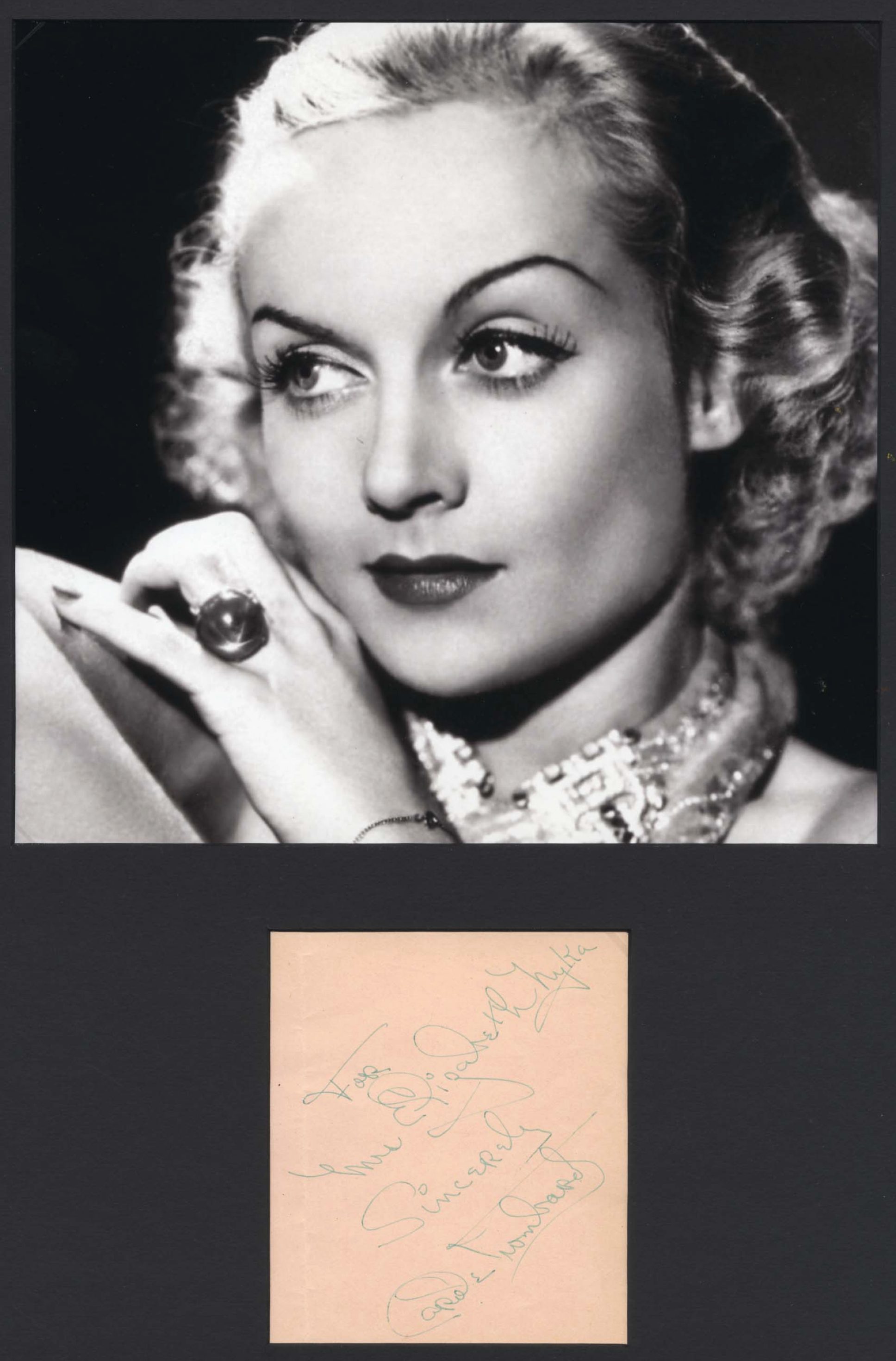 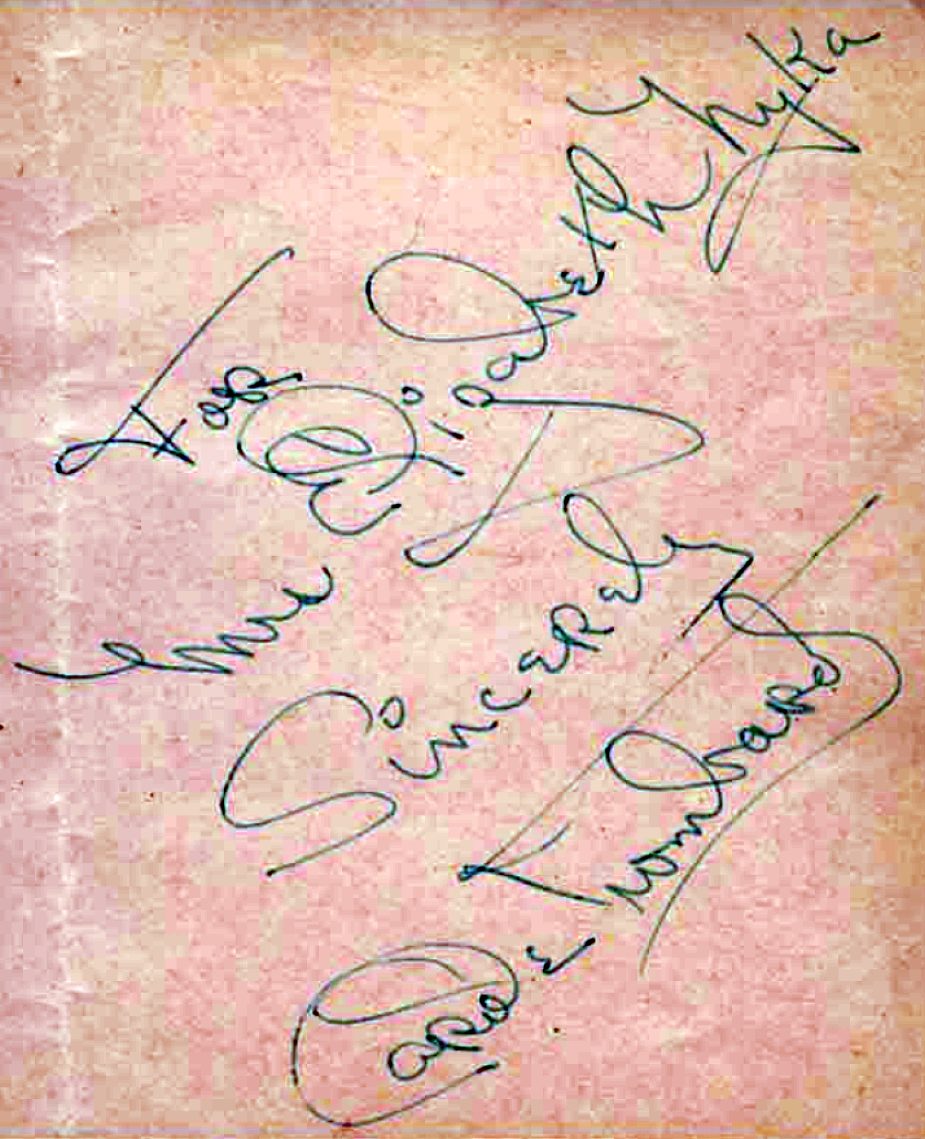 Sampeck has this to say:

"The second I'm much more comfortable with, by miles!"

I am, too, and not only because Carole used her preferred green ink. 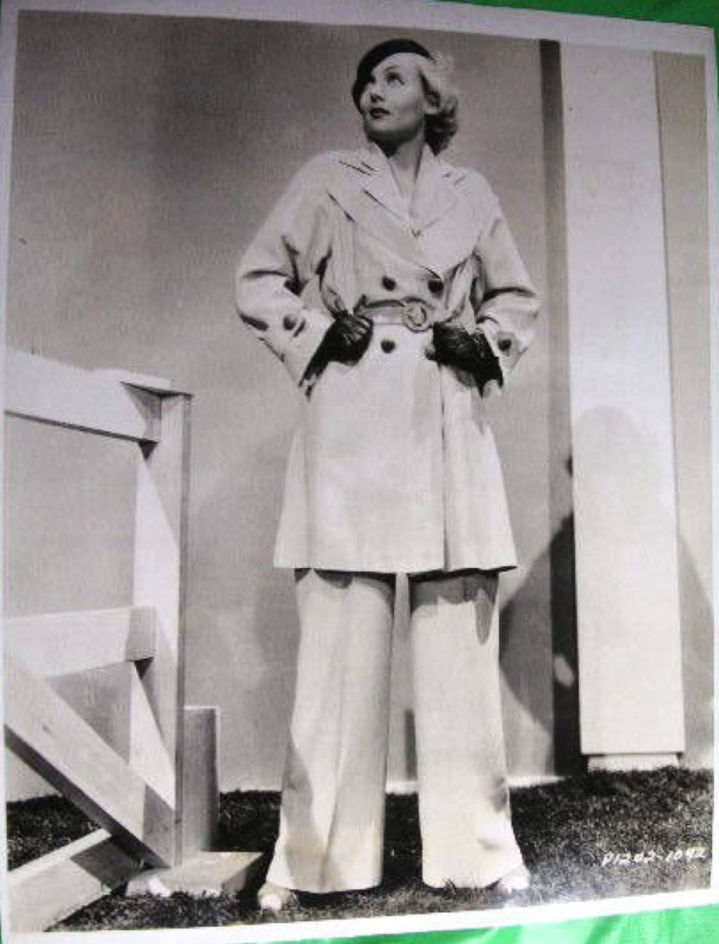 It's become a semi-tradition here each holiday season to run the greatest Christmas song of the rock era -- Darlene Love's "Christmas (Baby Please Come Home)," which celebrates its 50th anniversary this year as part of the landmark Phil Spector Christmas album. And for more than half that time, Love has performed the song on David Letterman's show, first on NBC, then on CBS. We've run it from a variety of years...but to celebrate the milestone, here's her most recent version performed earlier this month, now a bit slower in tempo (then again, aren't we all?), but as usual beautifully sung by Love and performed by Paul Shaffer's superb band of musicians. Letterman says at its close it "gets better and better," which I think all of us would agree. Merry Christmas!