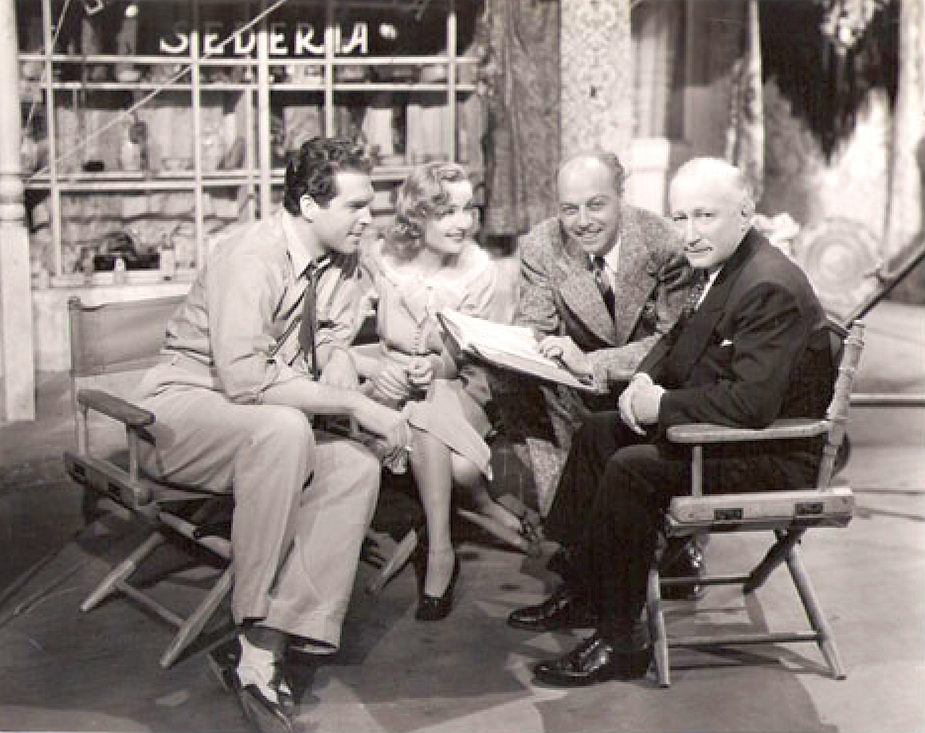 "Swing High, Swing Low," Carole Lombard's third of four films made with Fred MacMurray, isn't particularly well-remembered today (perhaps because it's both lapsed into the public domain and no complete 35mm print has survived), but it was Paramount's biggest moneymaker for all of 1937. That was a professional advancement for director Mitchell Leisen (second from right) and good financial news for Paramount patriarch Adolph Zukor (right).

I've recently received a wonderful artifact from that film -- its 12-page British pressbook, and I thought I'd share its contents with you: 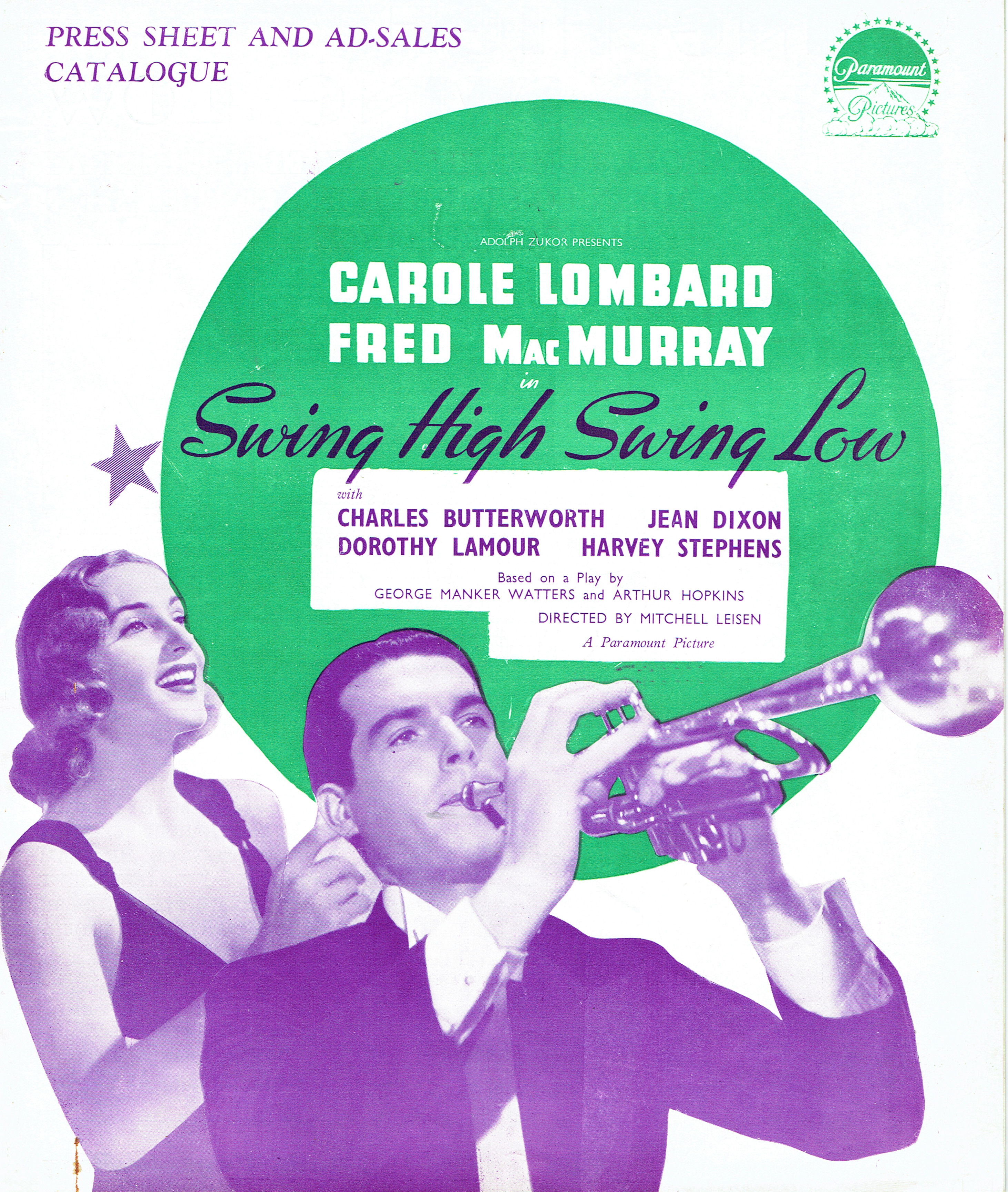 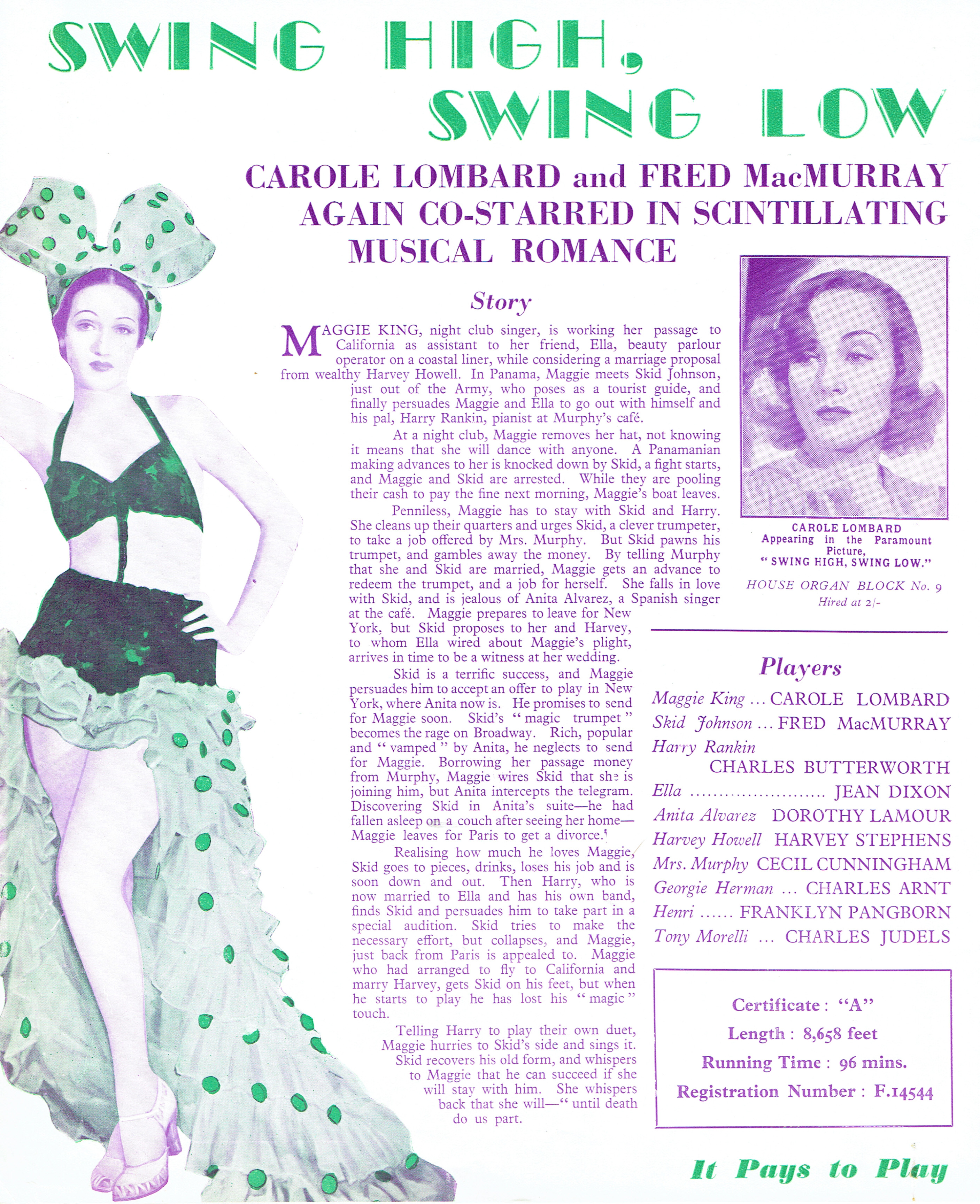 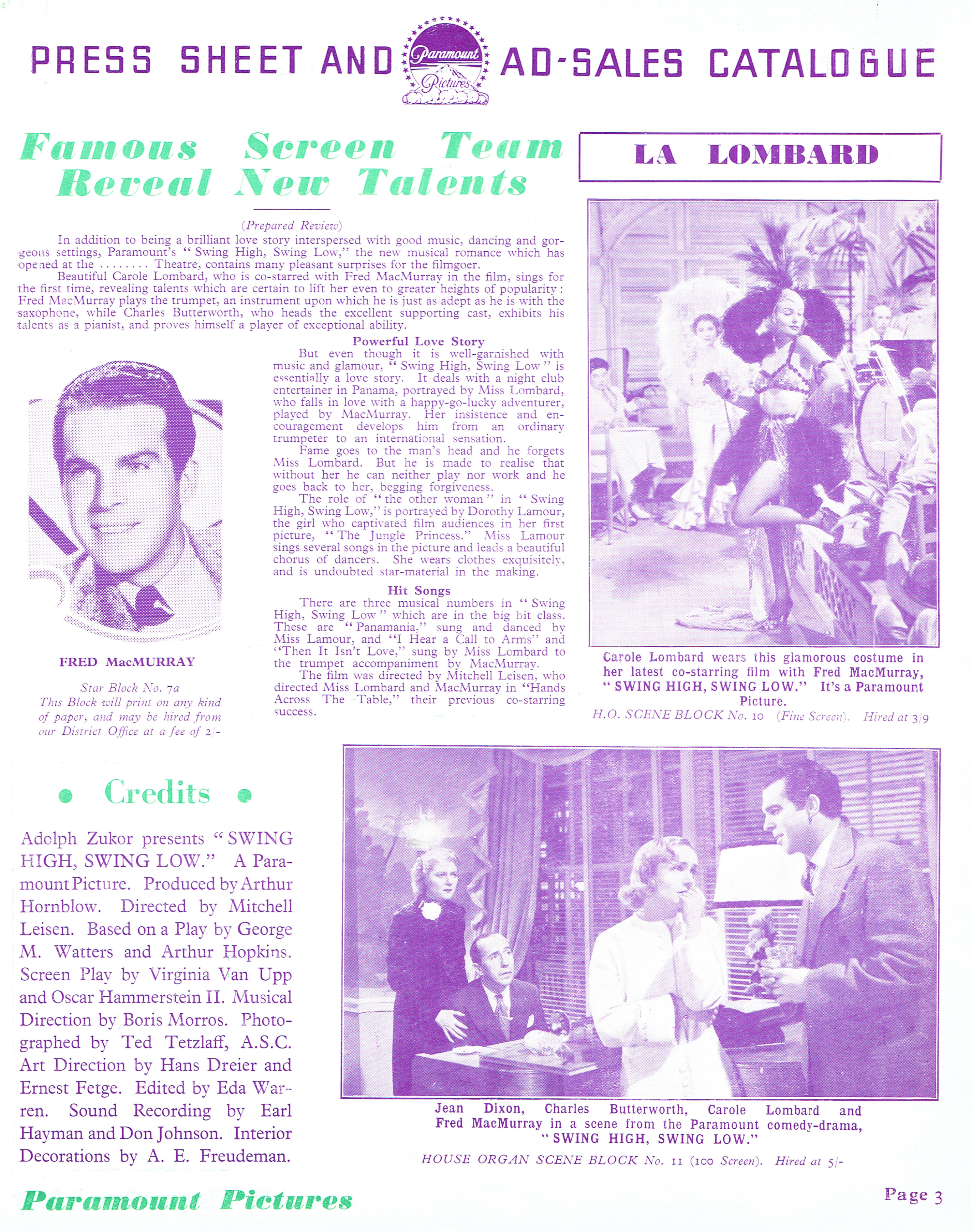 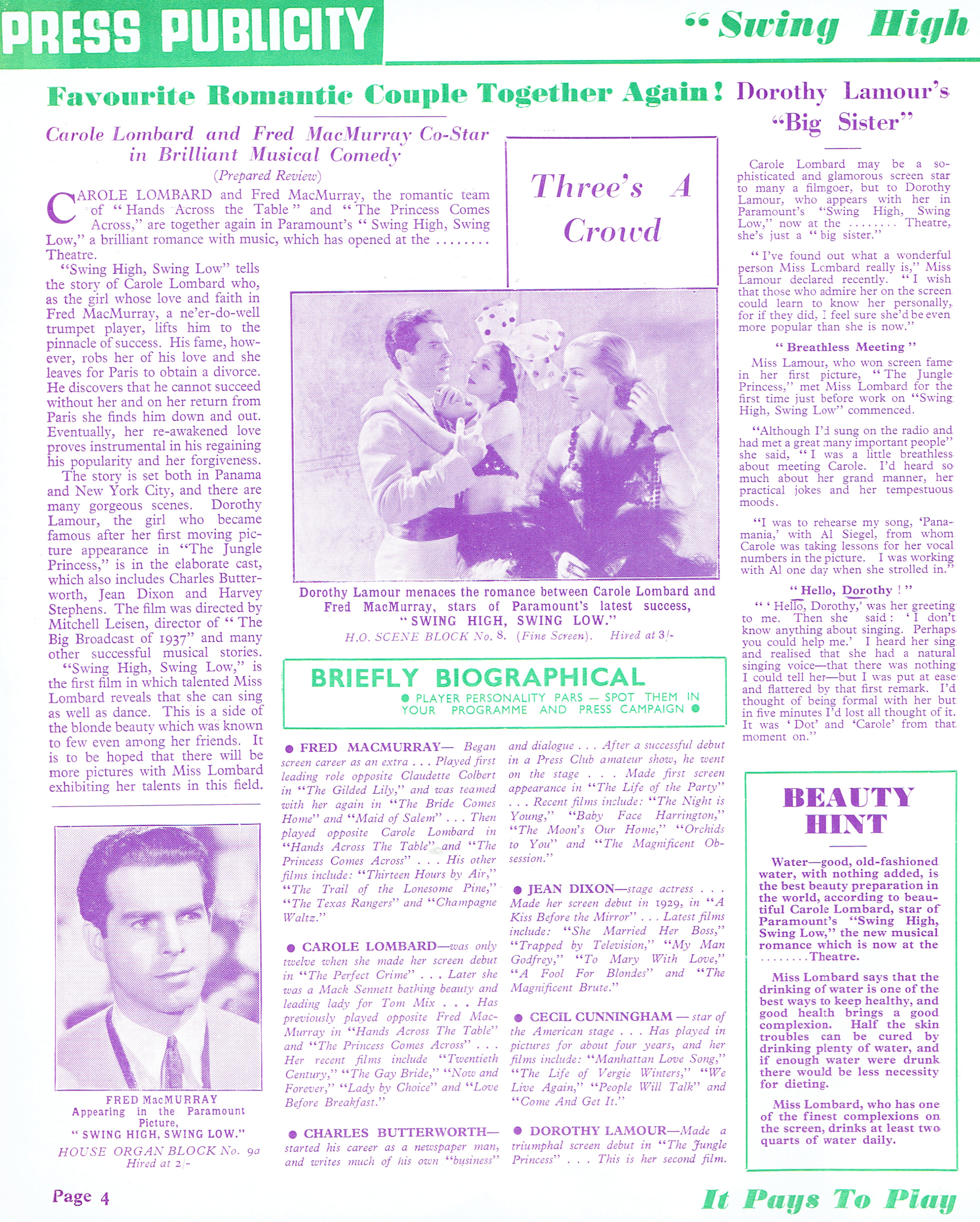 That last page has a few items that should be isolated and enlarged: 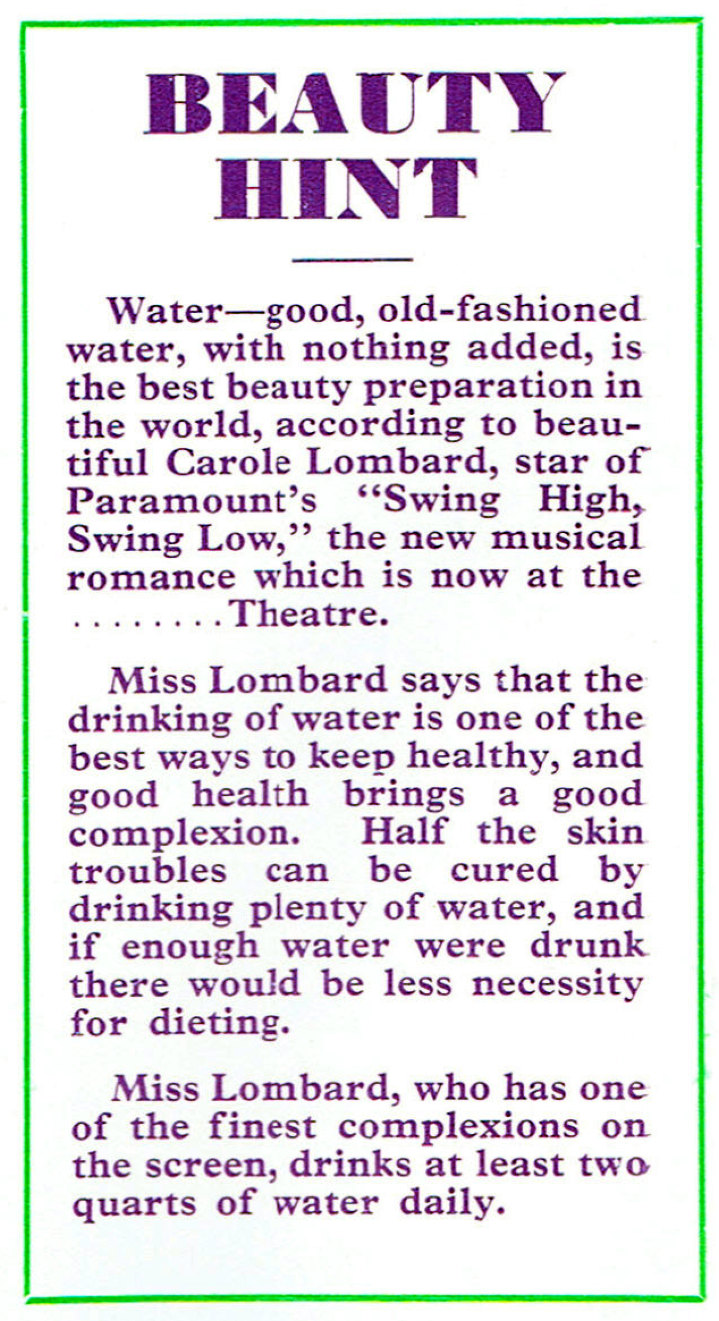 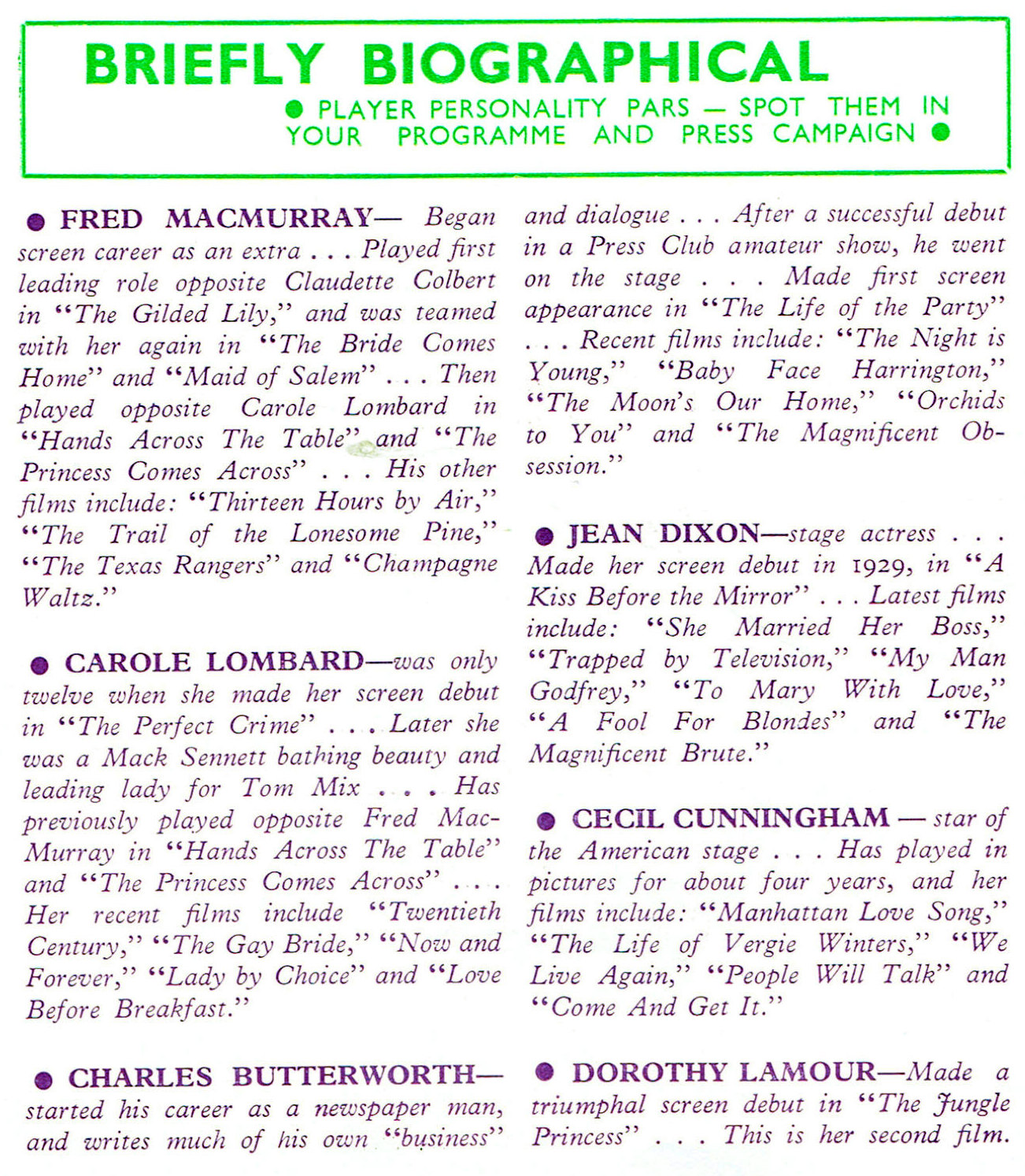 The ties between Lombard and Lamour were genuine; when Carole left Paramount at the close of 1937, she made certain Dorothy inherited her dressing room on the lot. 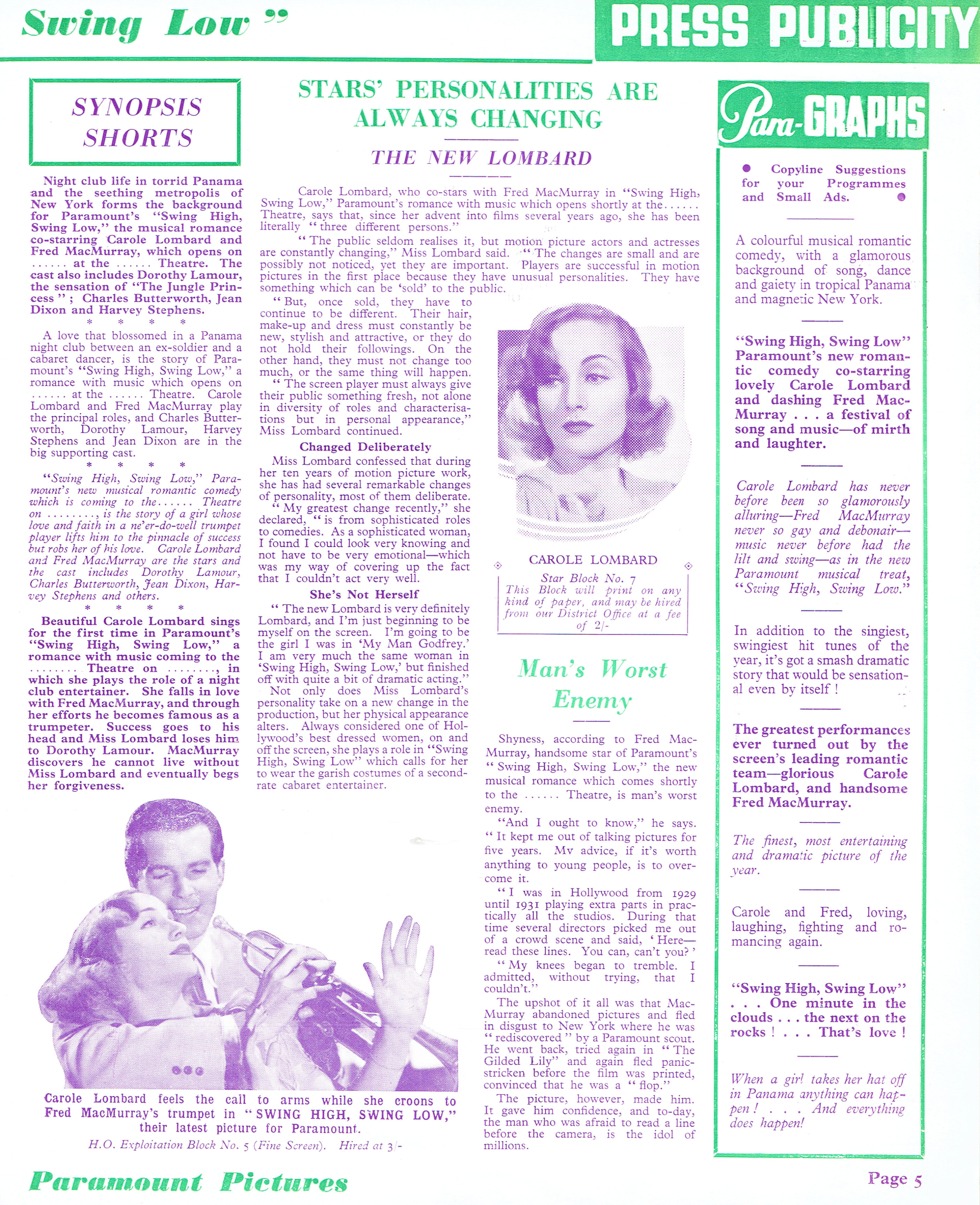 On that page, Carole talks a bit about her recent change in personality: 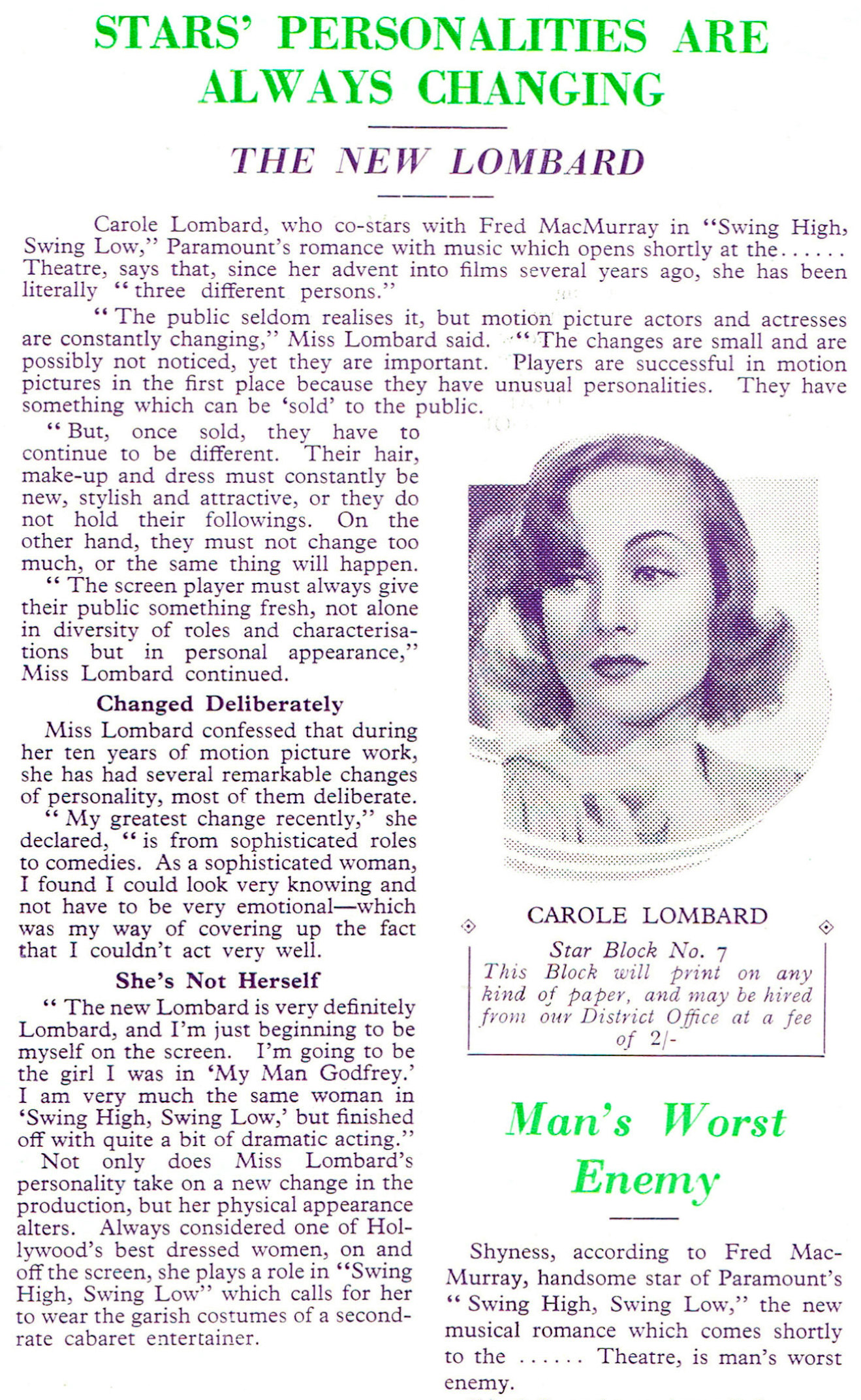 Now we enter into exploitation, English-style: 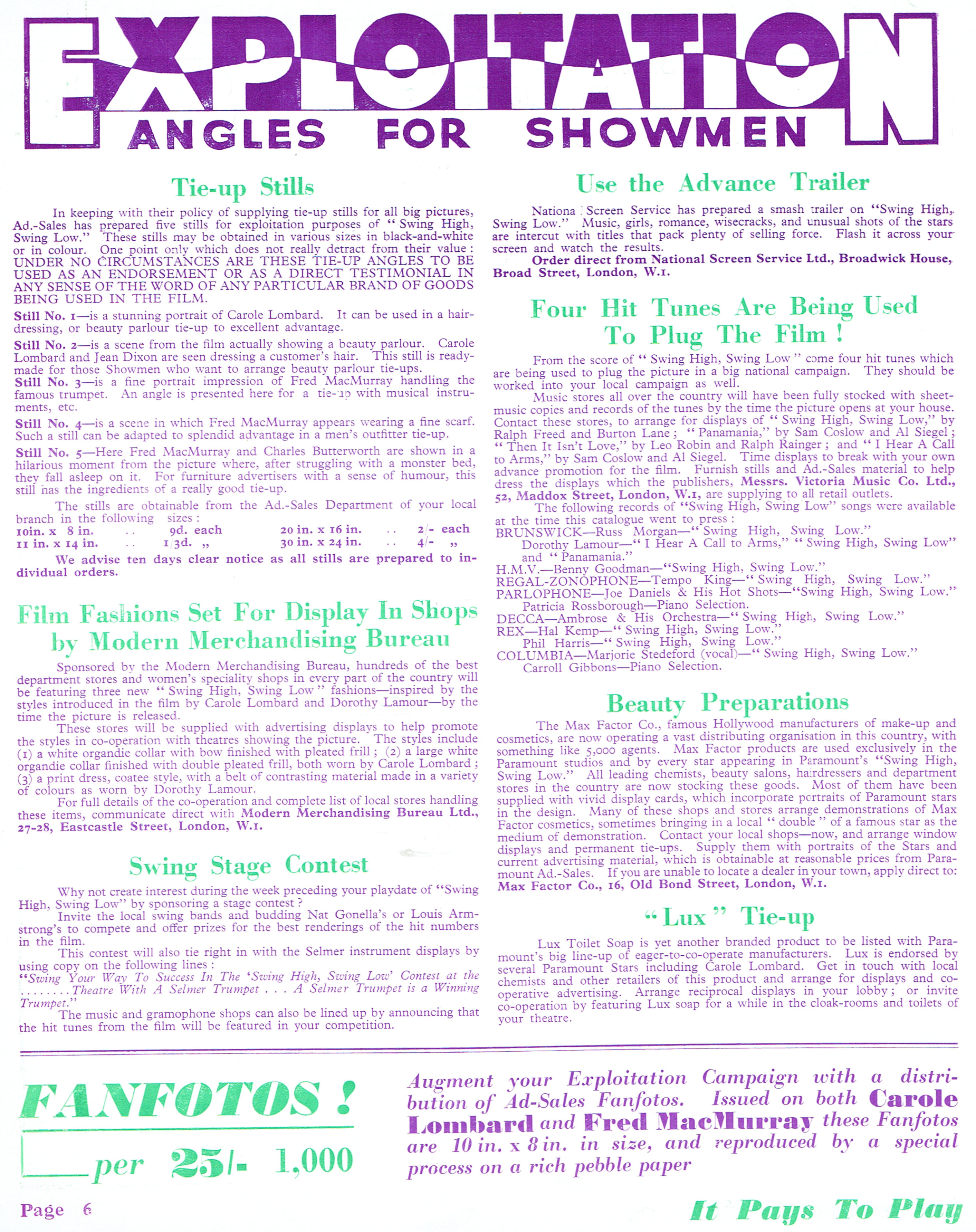 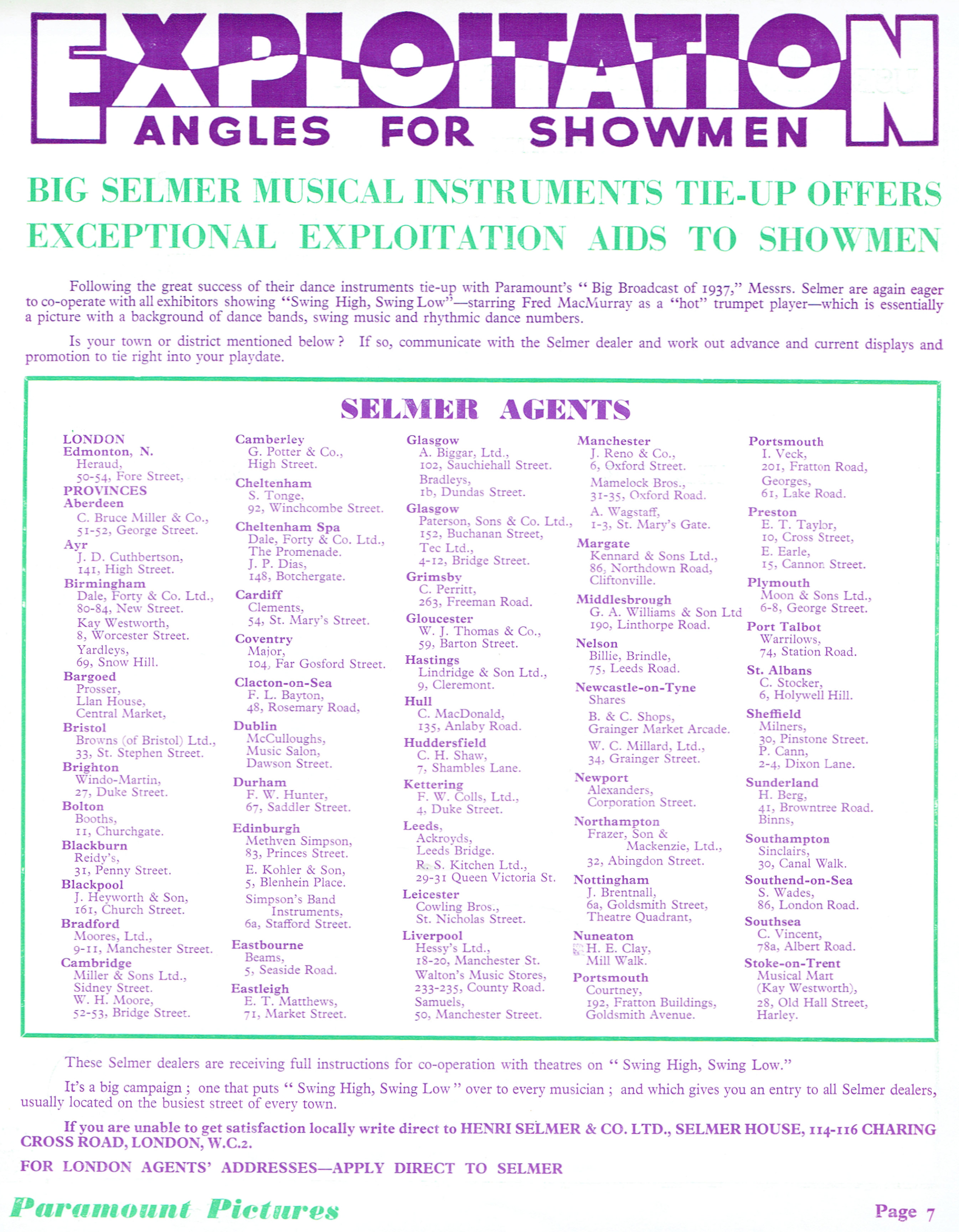 And, of course, don't forget the advertising: 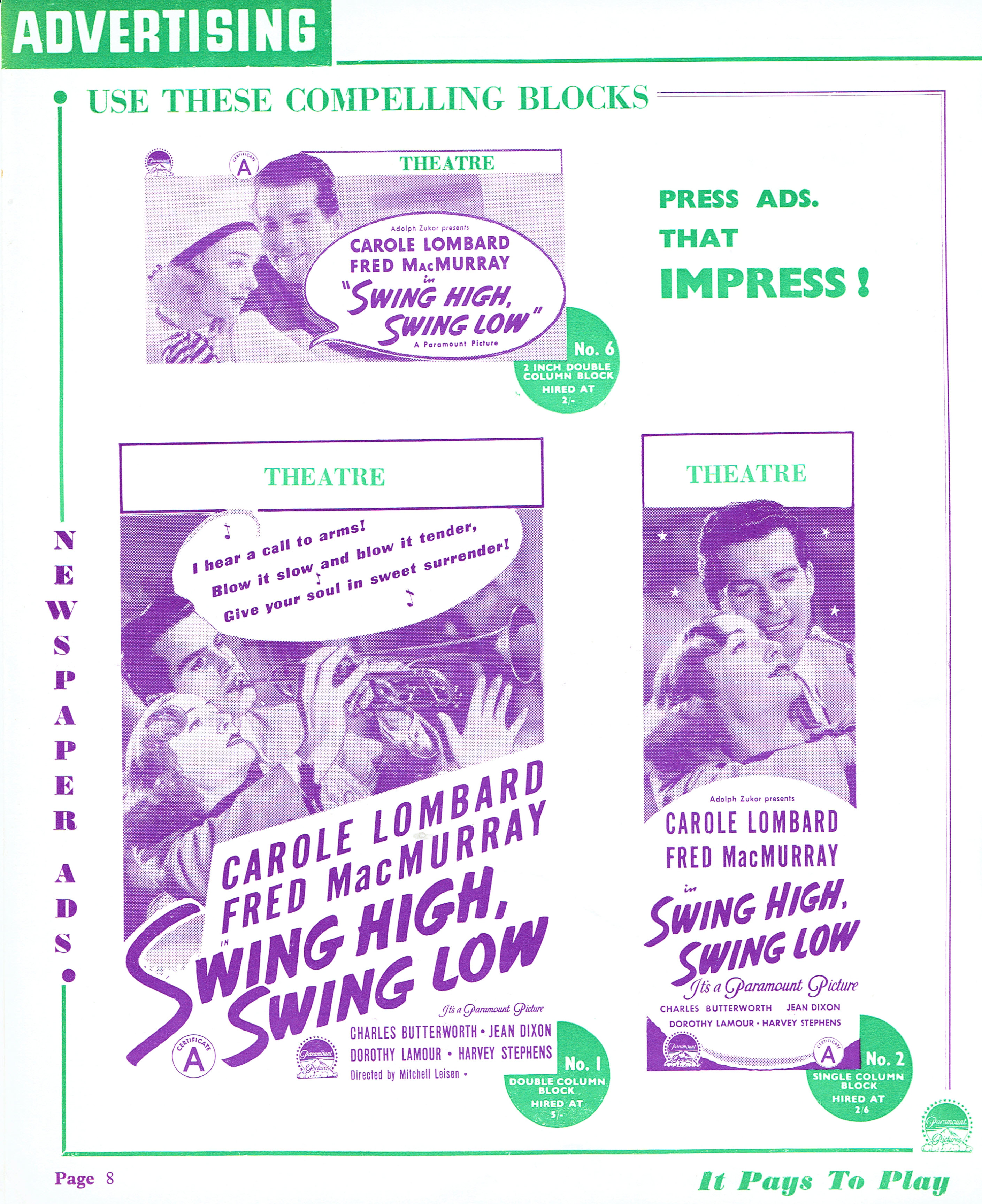 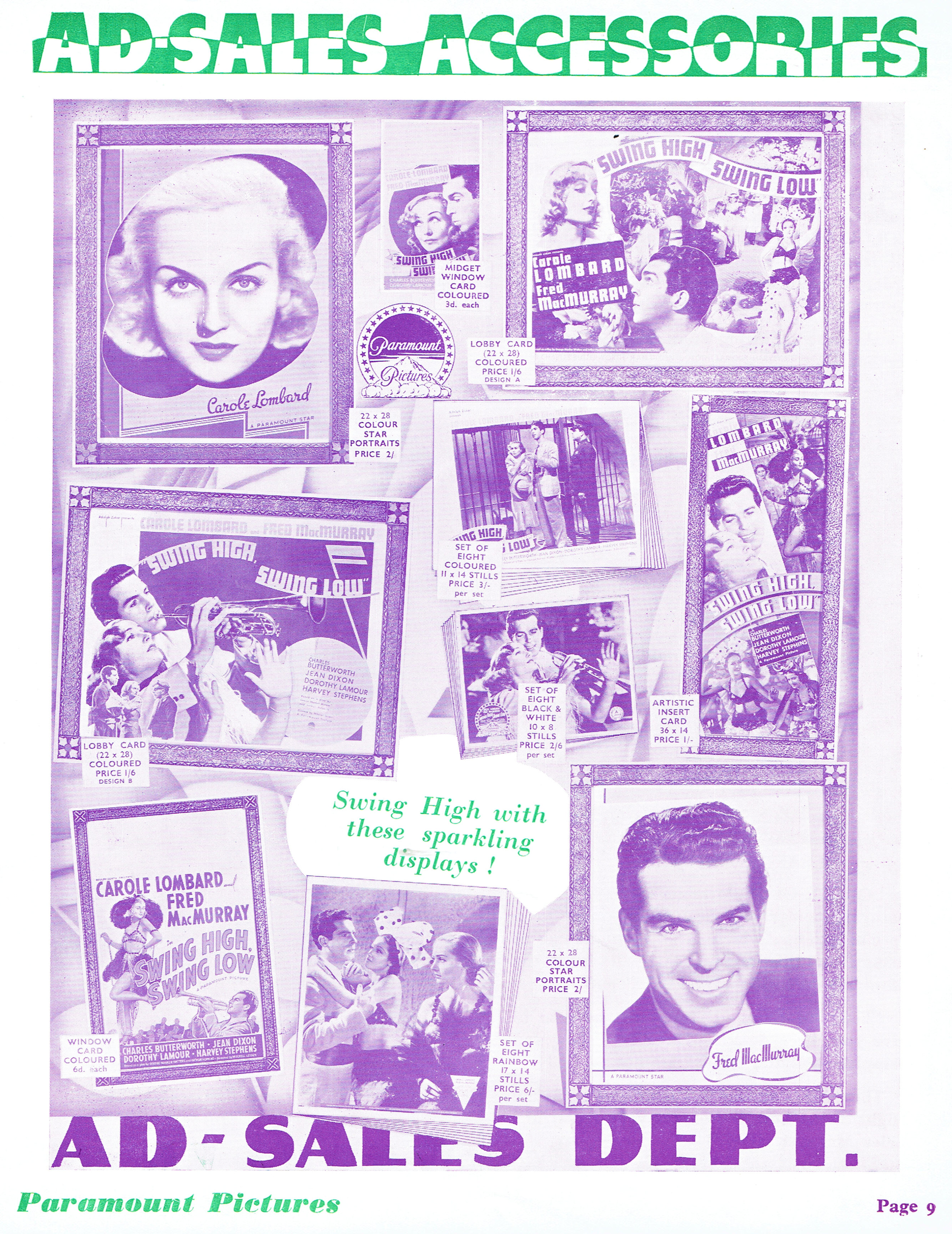 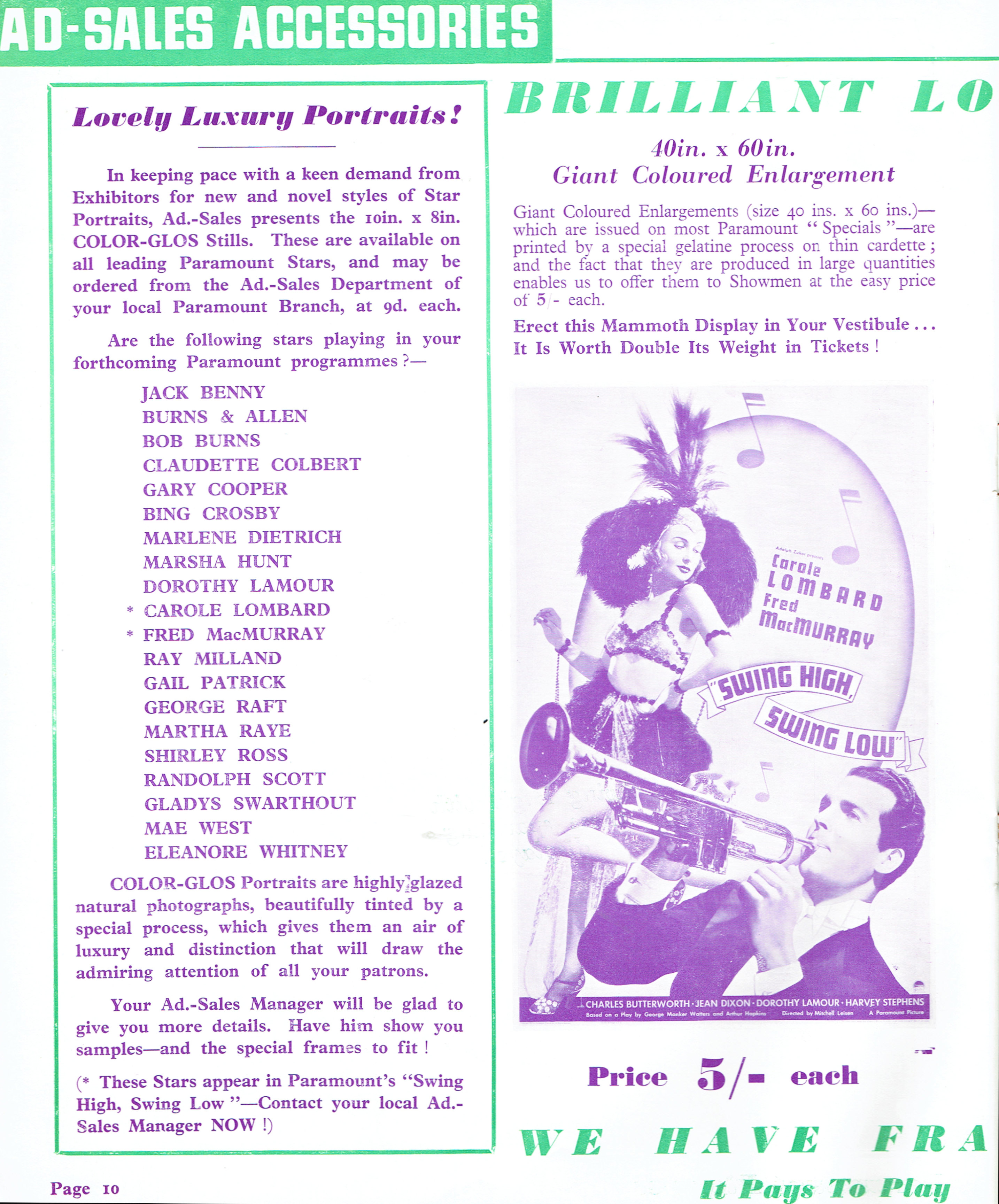 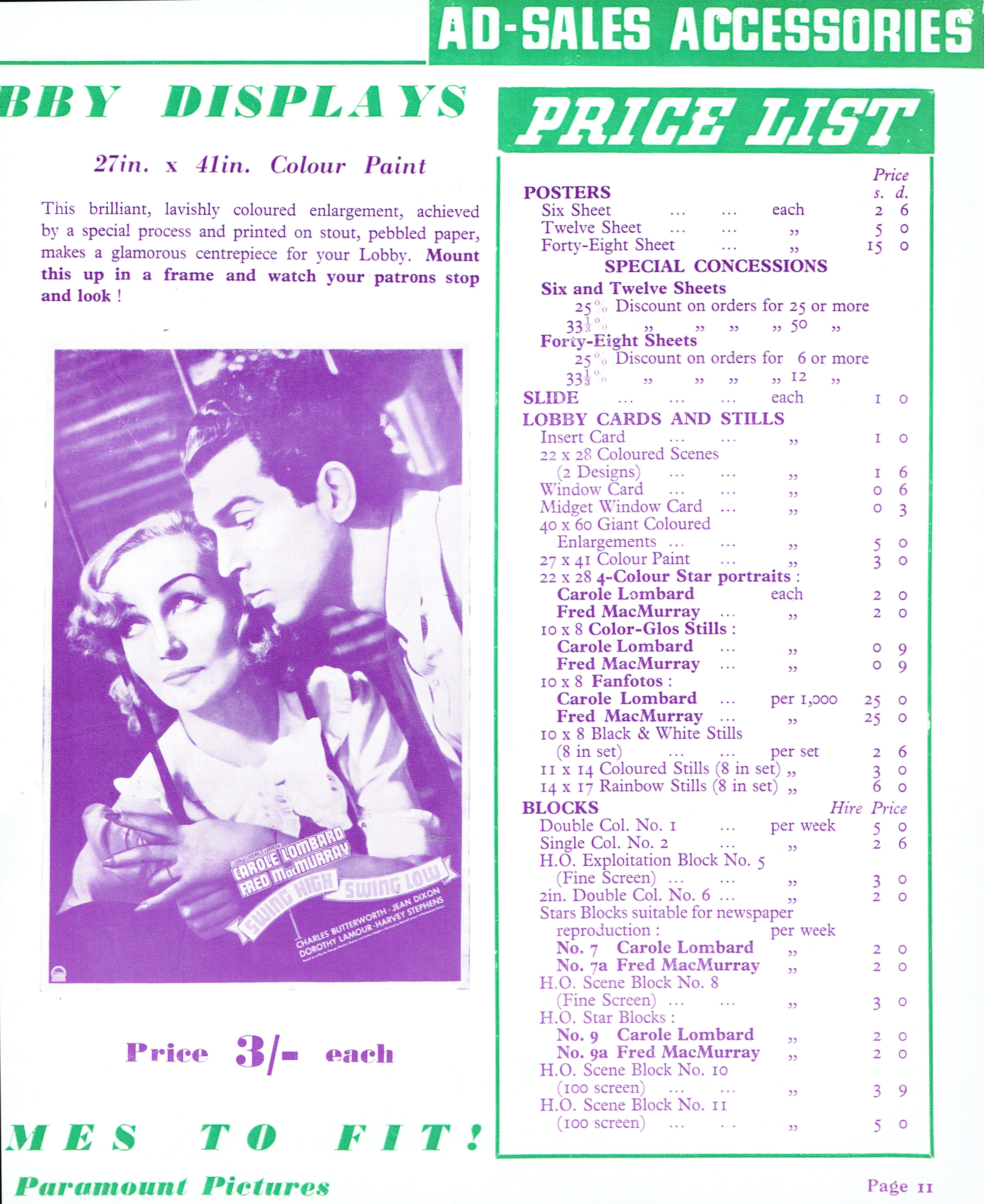 That 40" x 60" enlargement probably would rank as one of the most expensive items of Lombard film memorabilia... 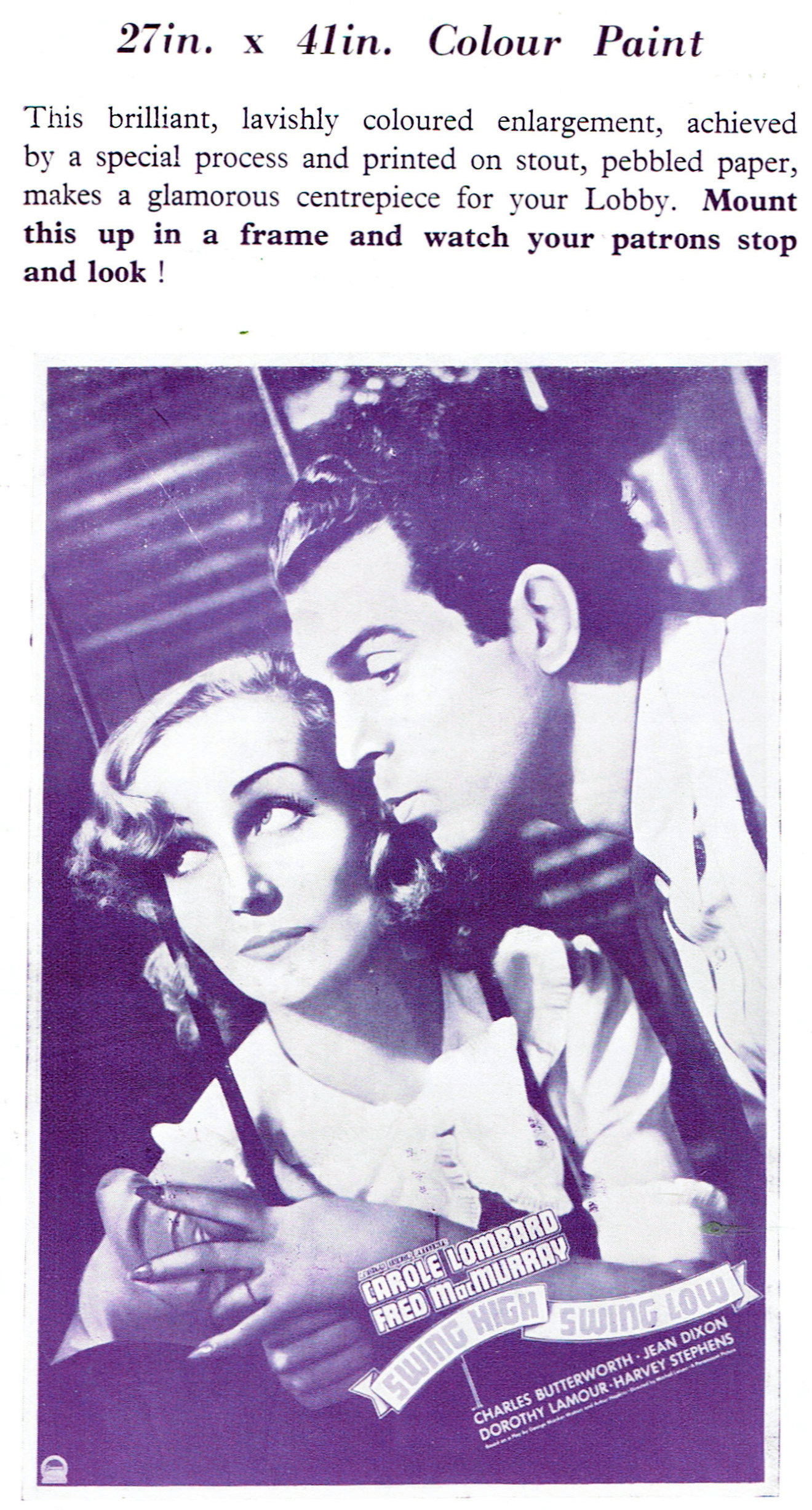 Then there are always the posters: 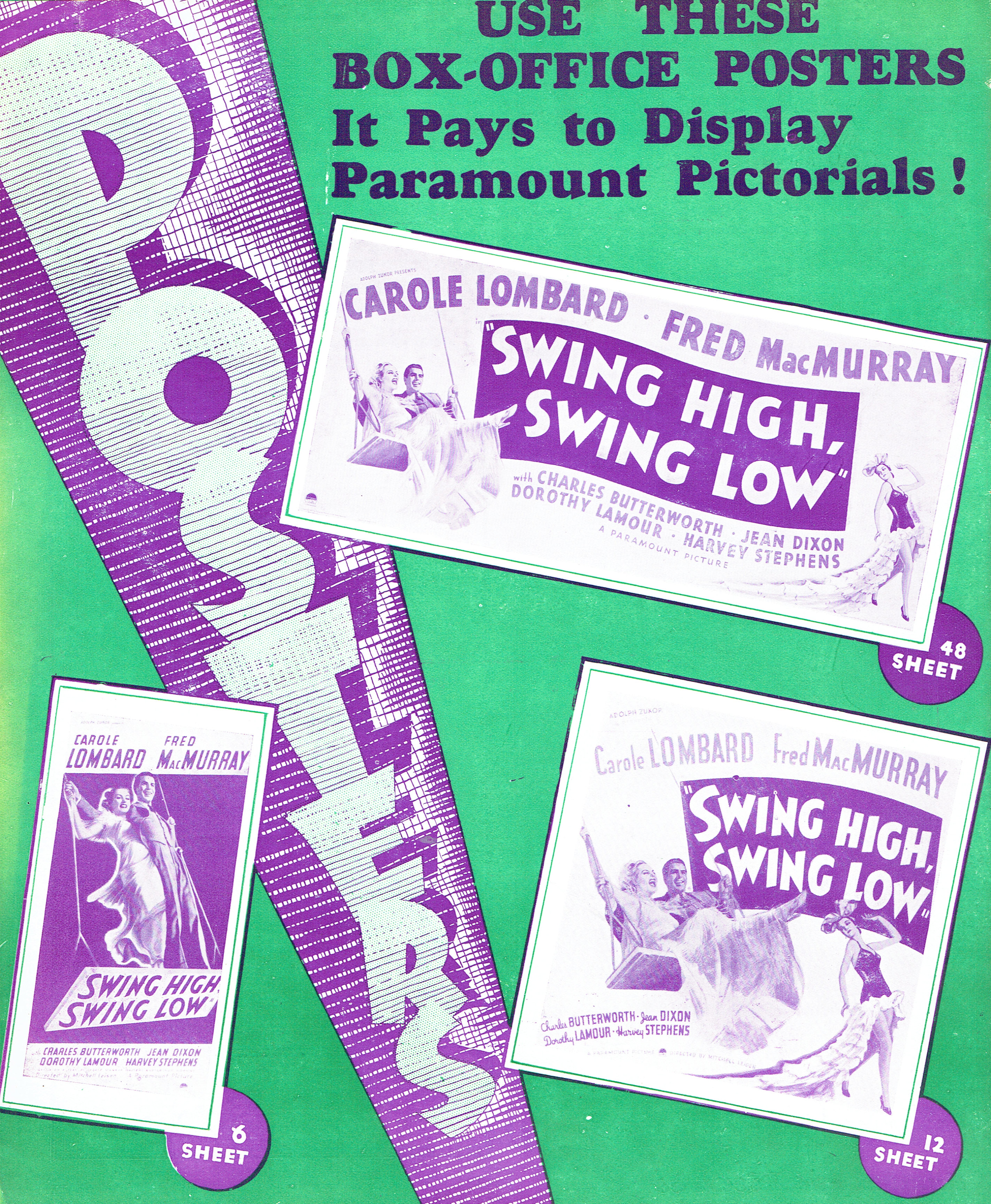 All this was designed to make "Swing High, Swing Low" as popular with British moviegoers as it was on the other side of "the pond."

Lamour is so identified with wearing sarongs or being Bob Hope and Bing Crosby's romantic foil in the "Road" movies that her own vocal talents often are overlooked, but here's a delightful version of "Panamania," which she performed in "Swing High, Swing Low." This is from a overseas 78 rpm release, so there's a little surface noise, but it doesn't detract from the recording.